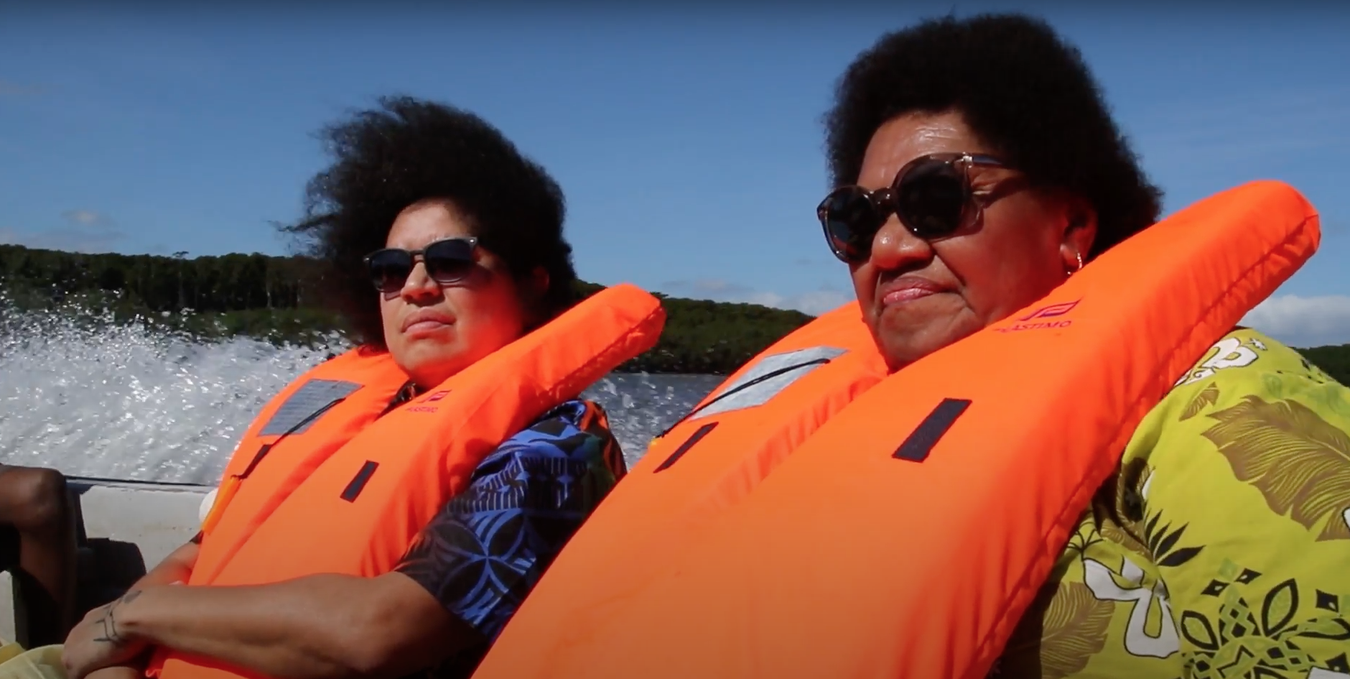 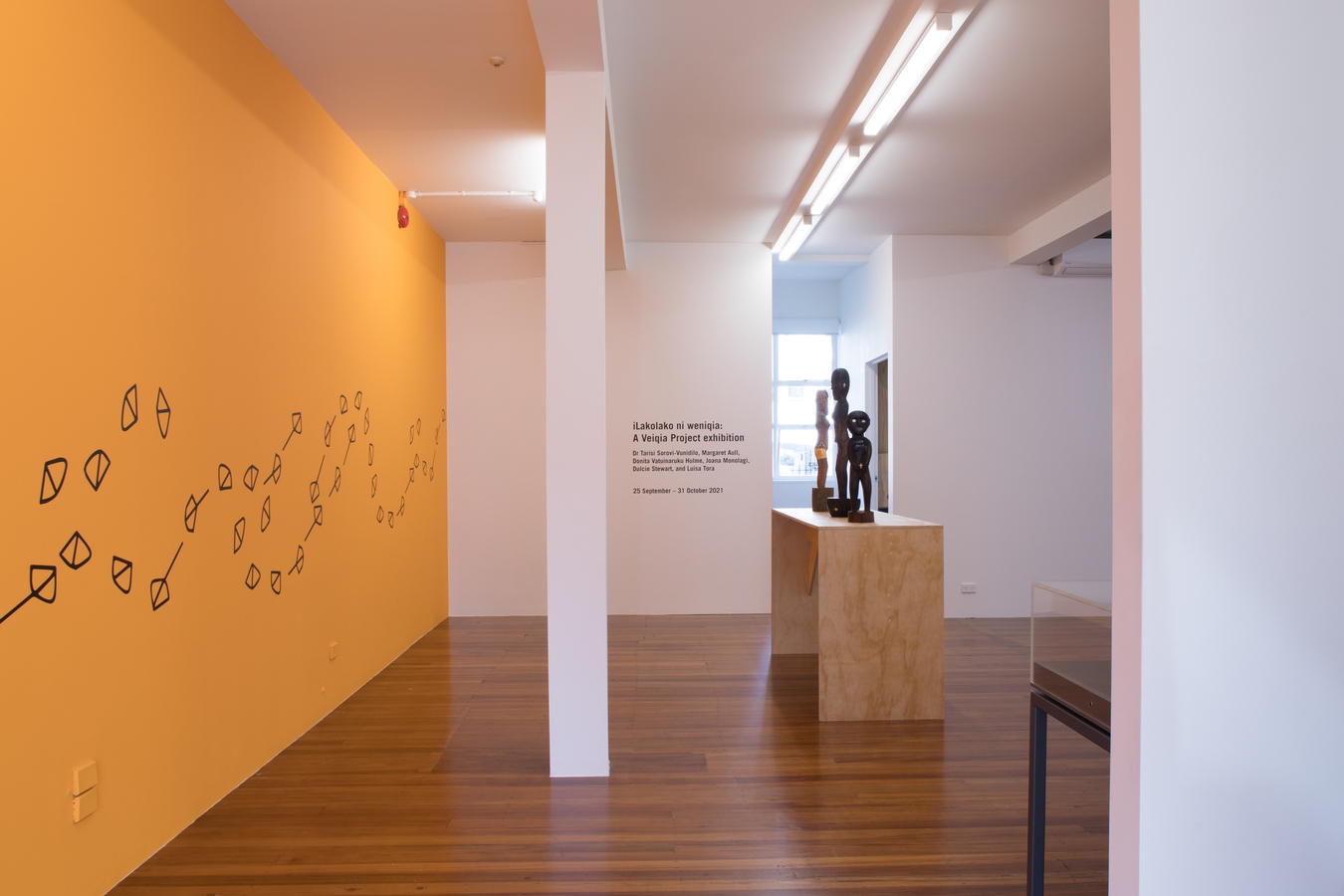 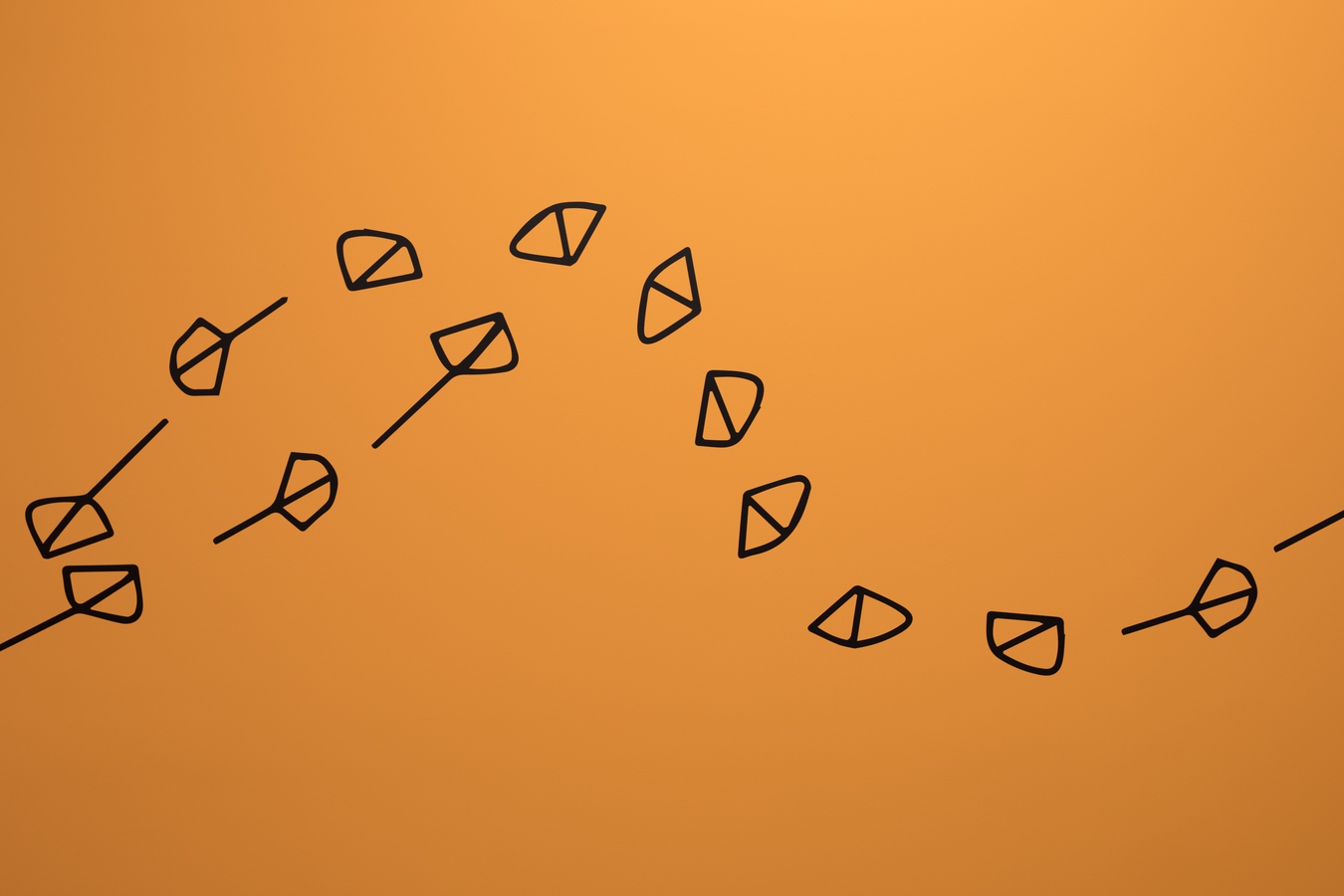 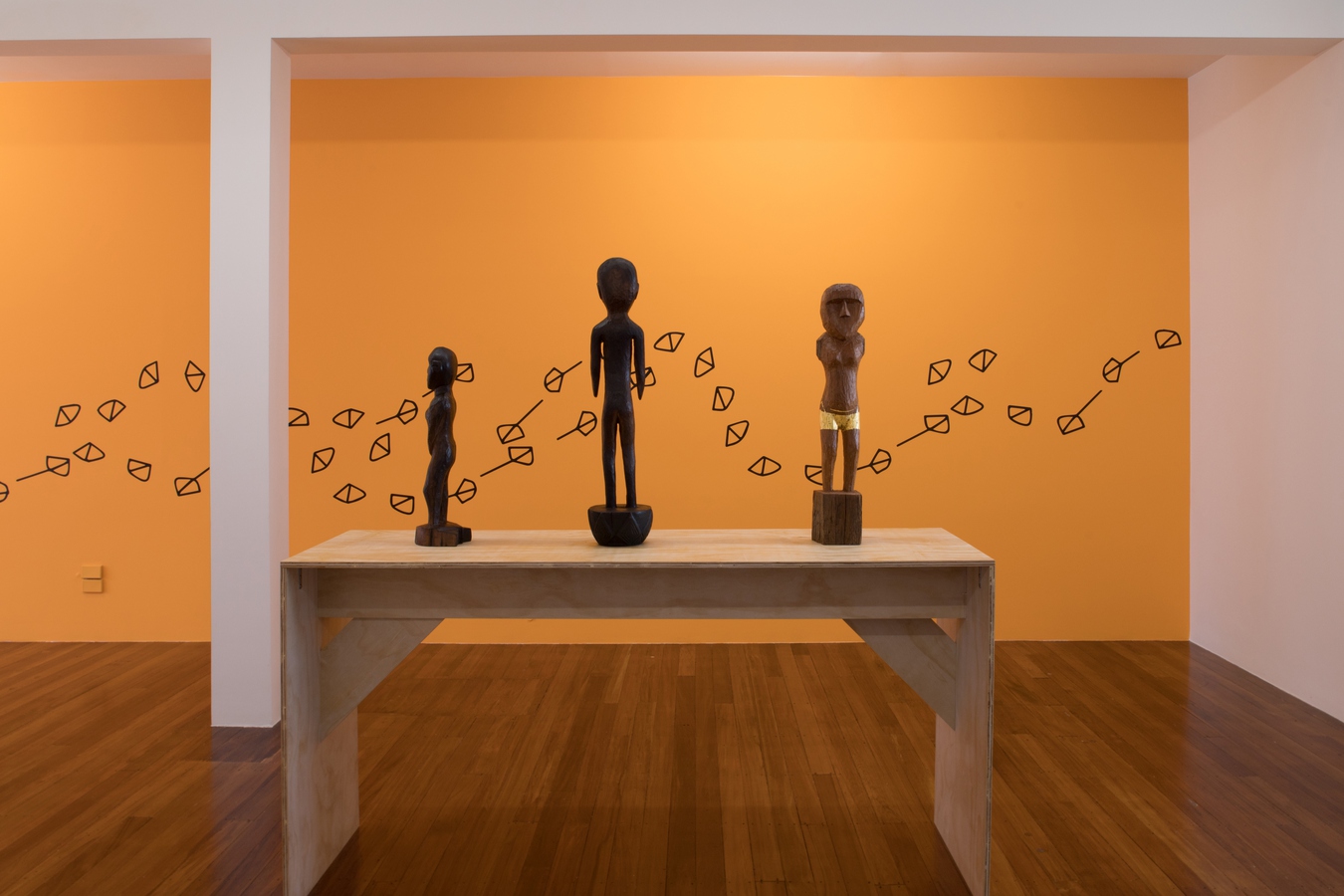 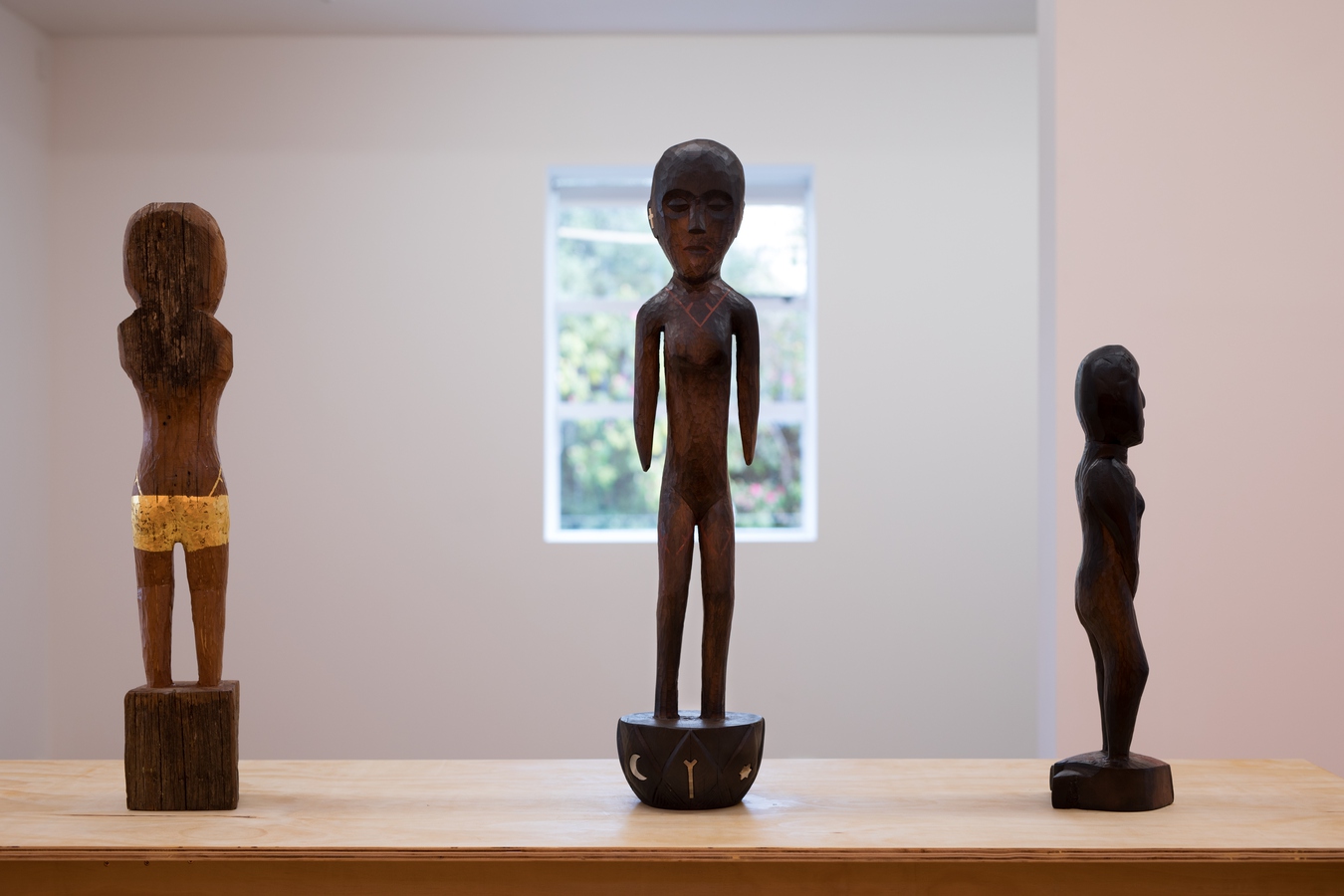 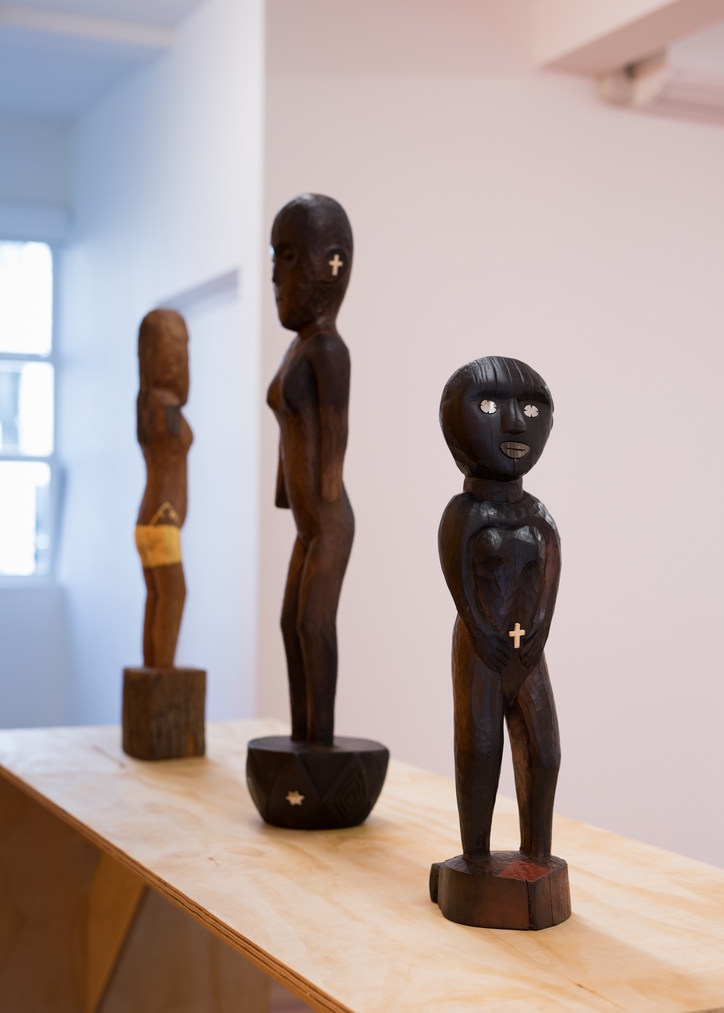 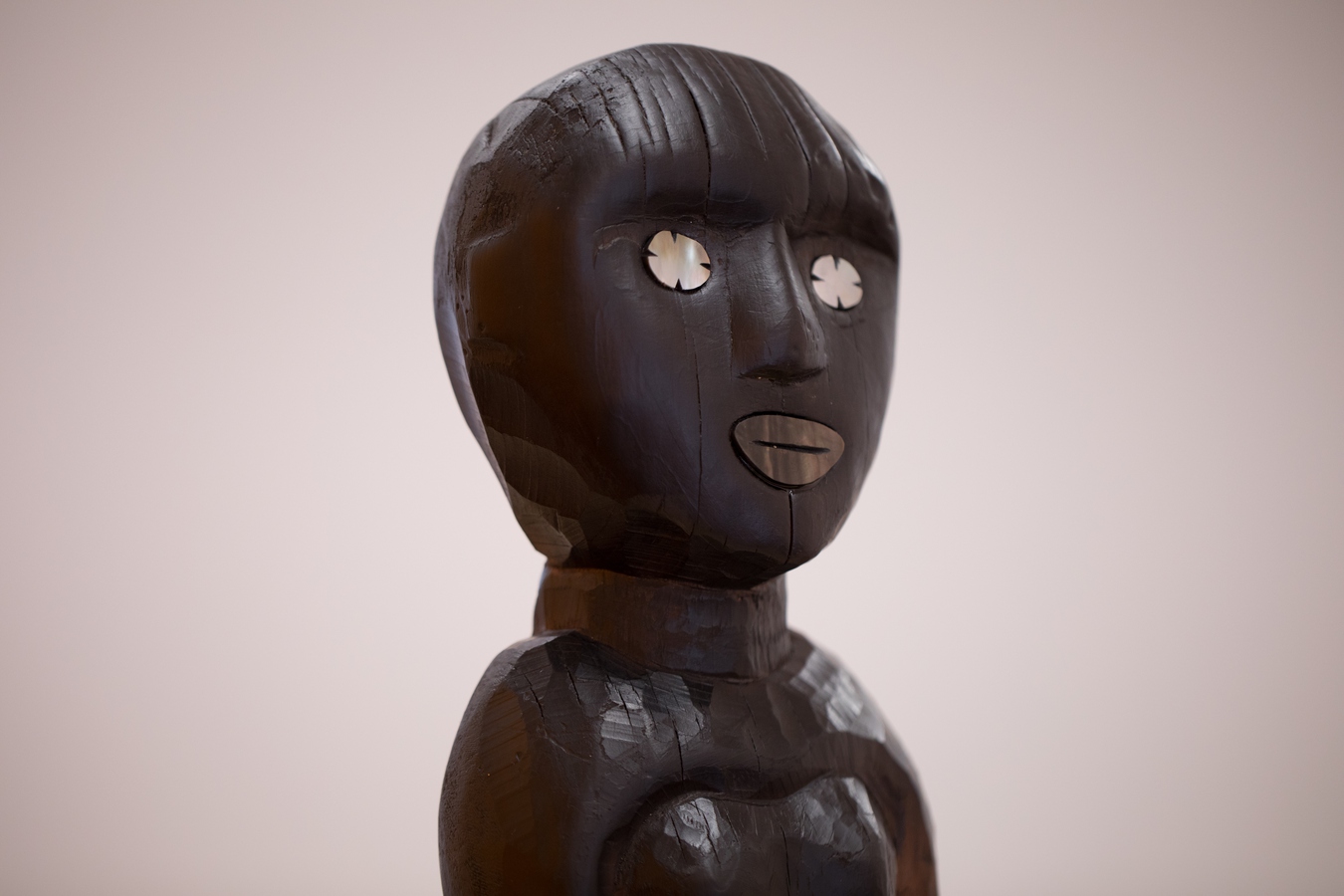 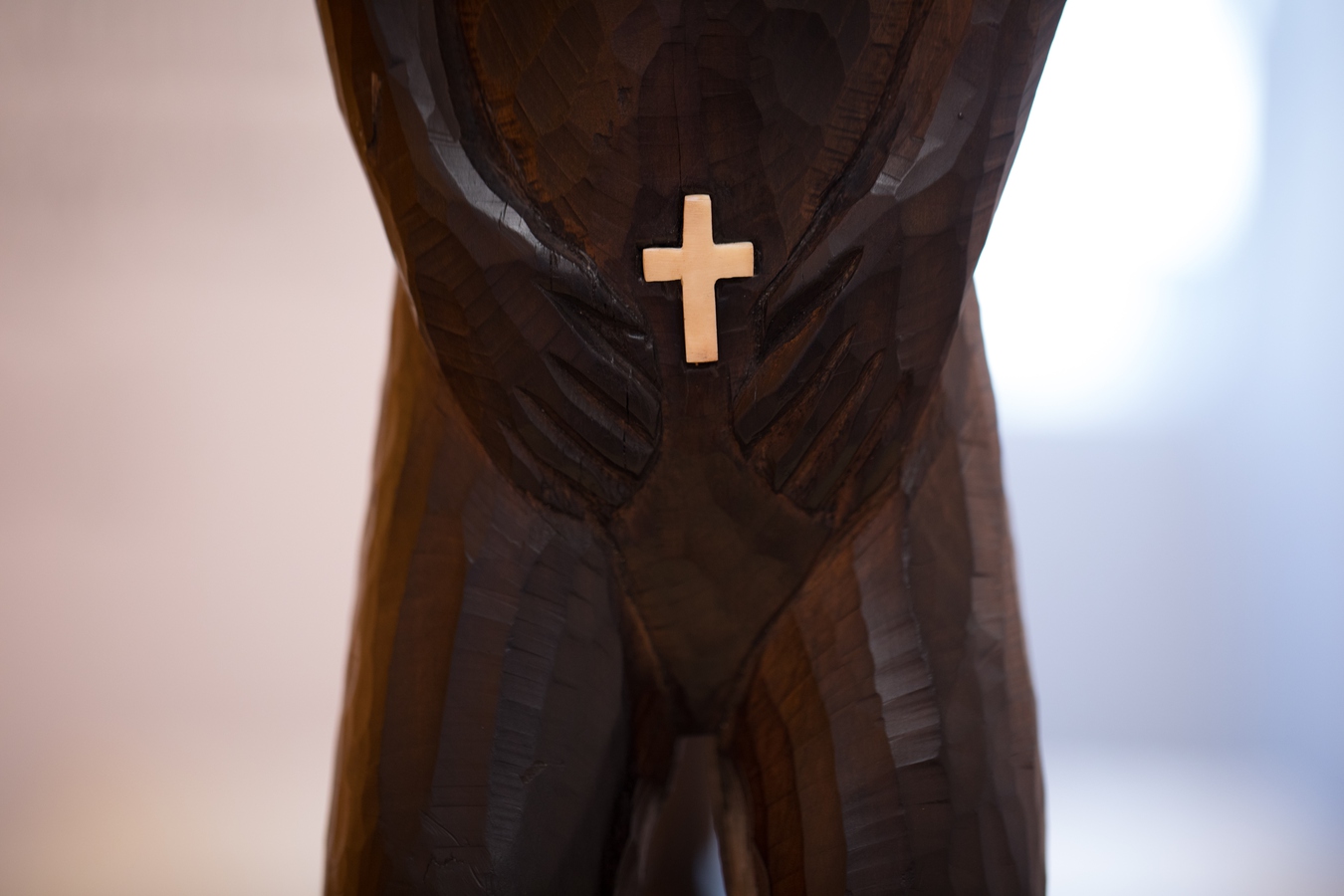 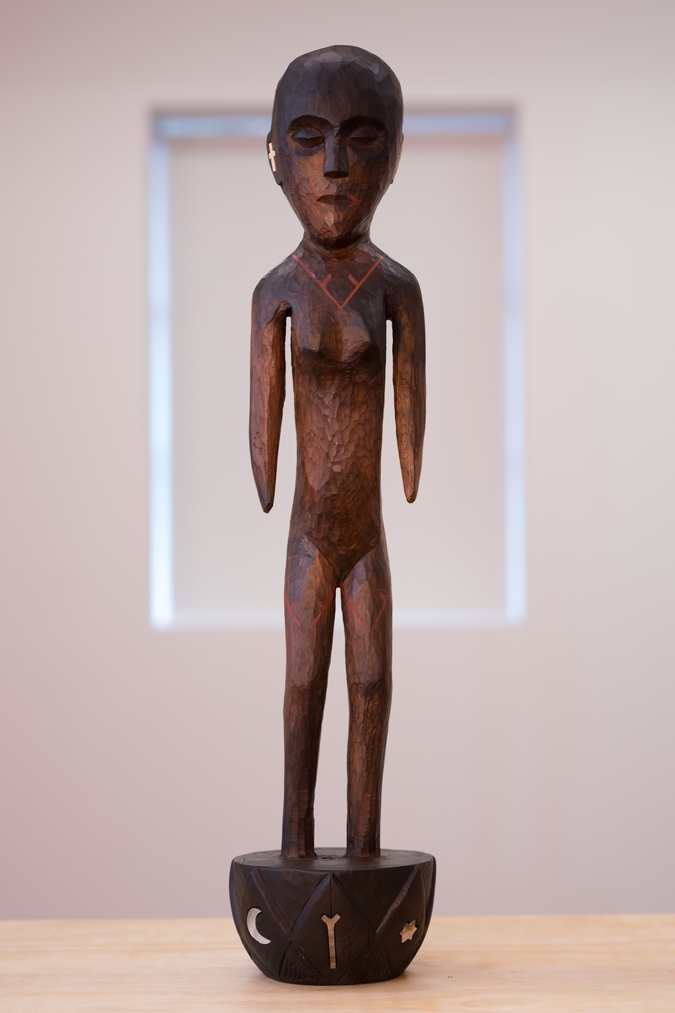 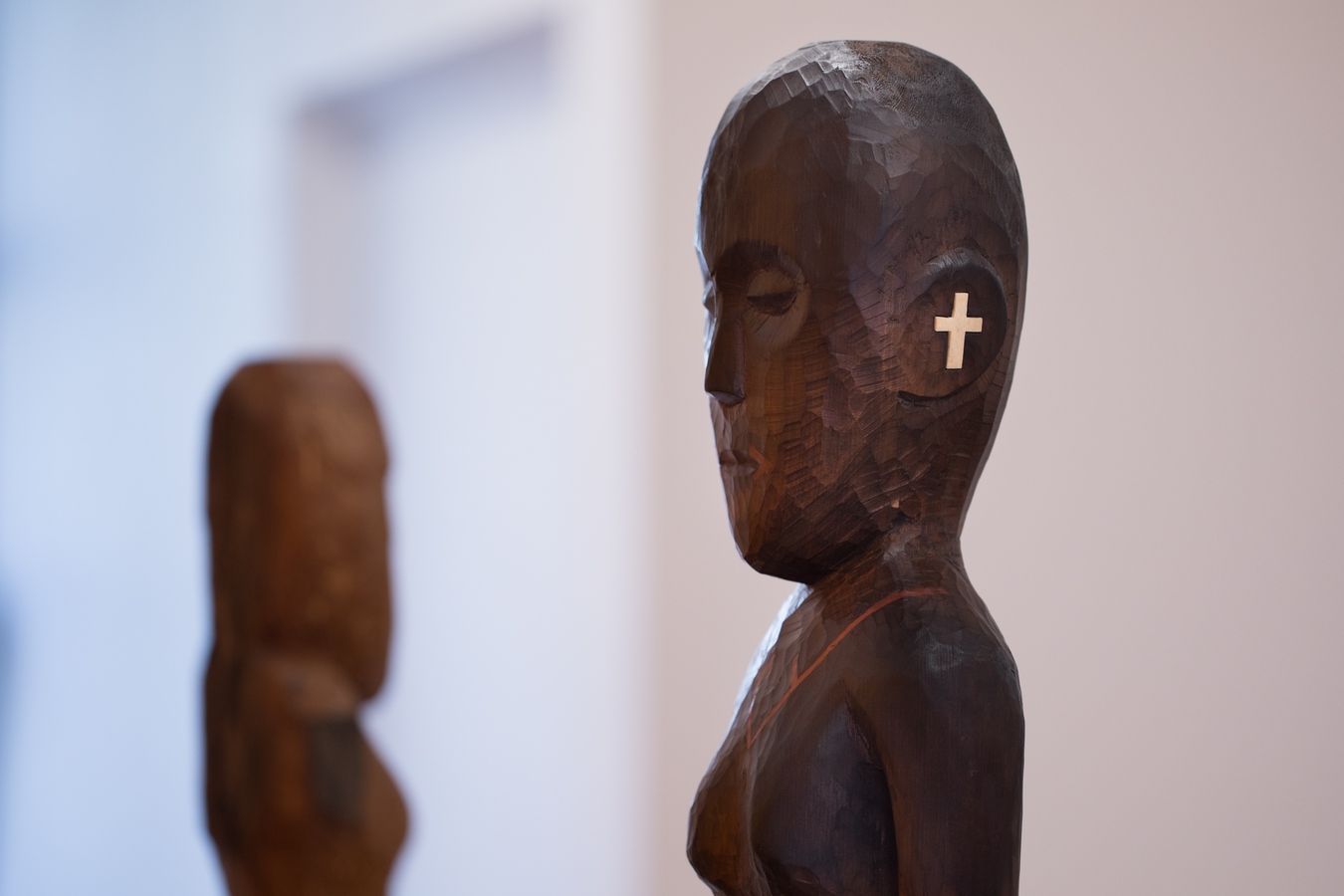 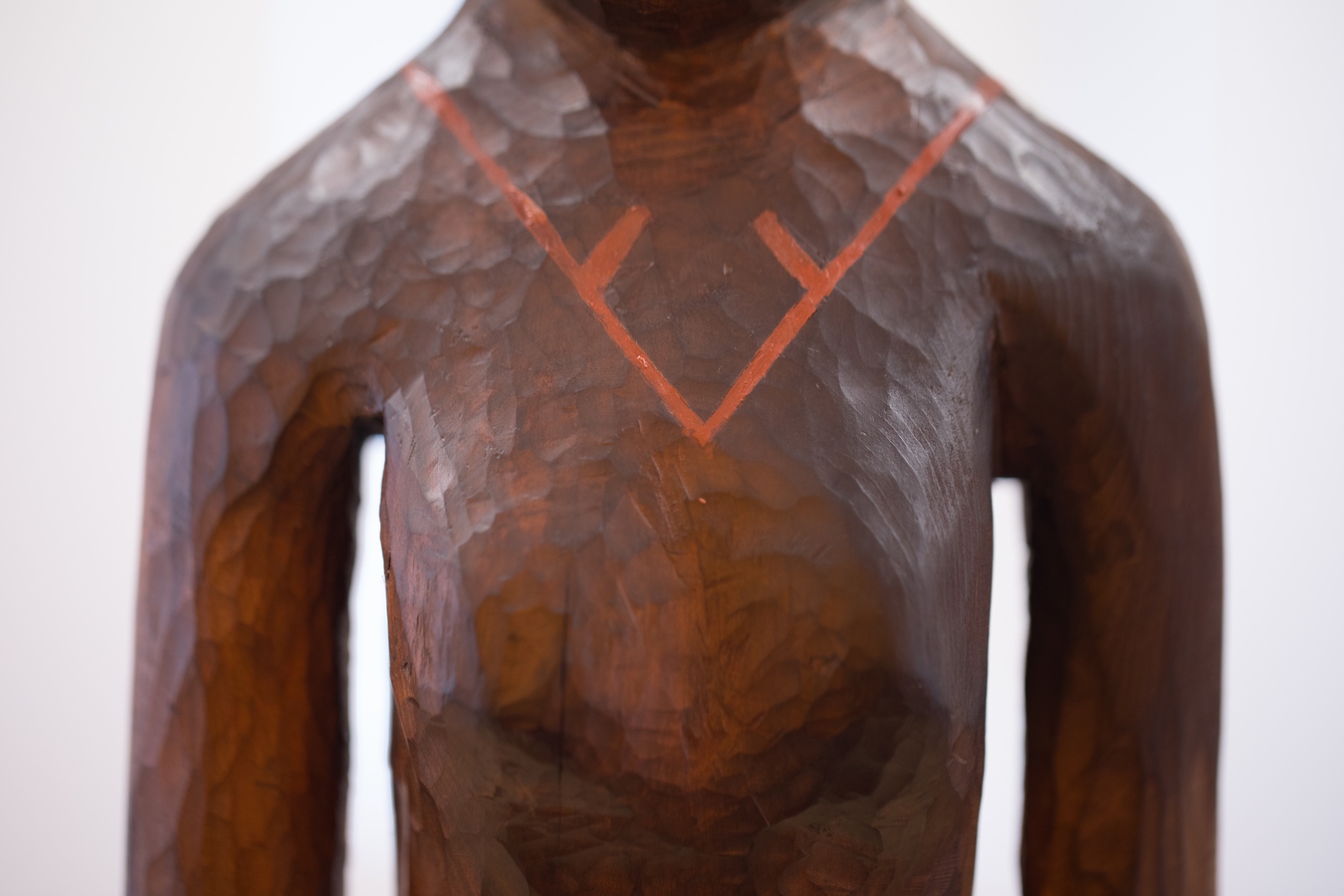 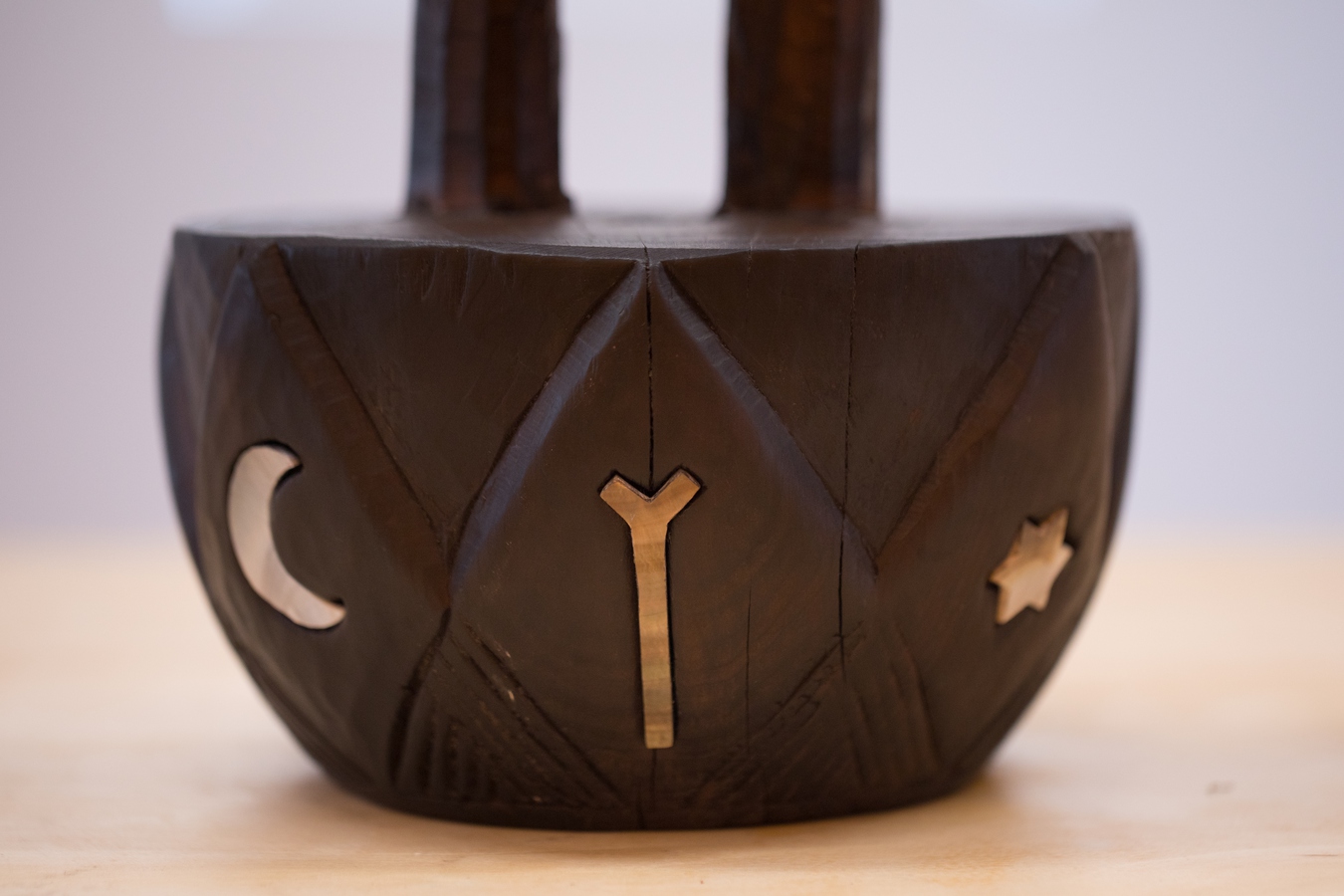 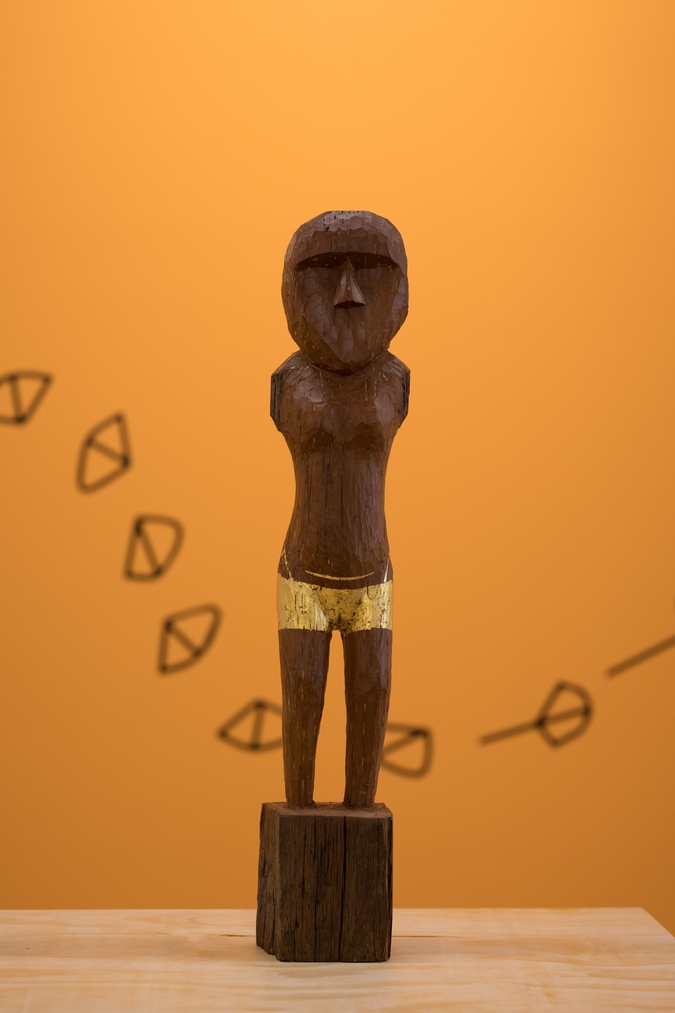 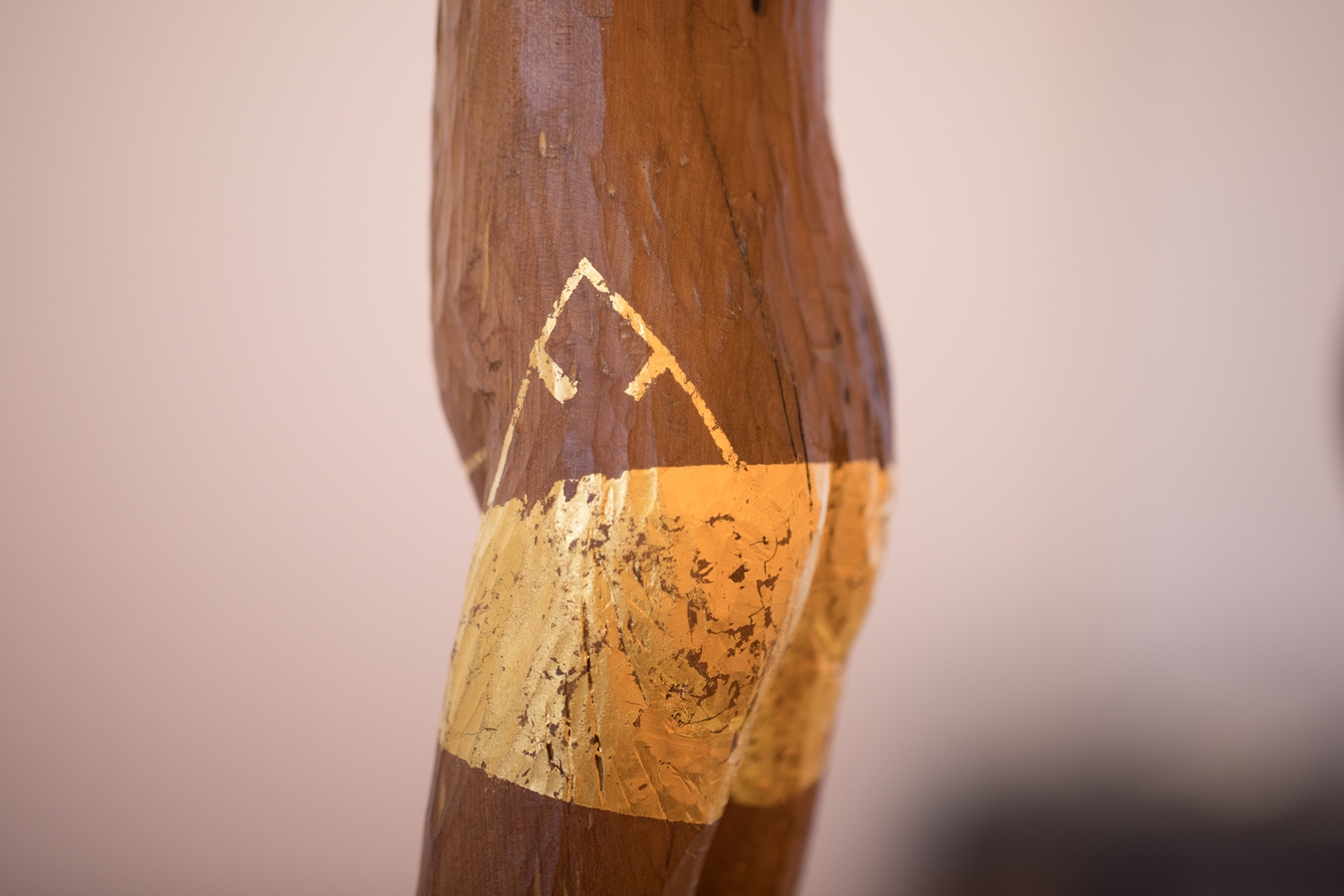 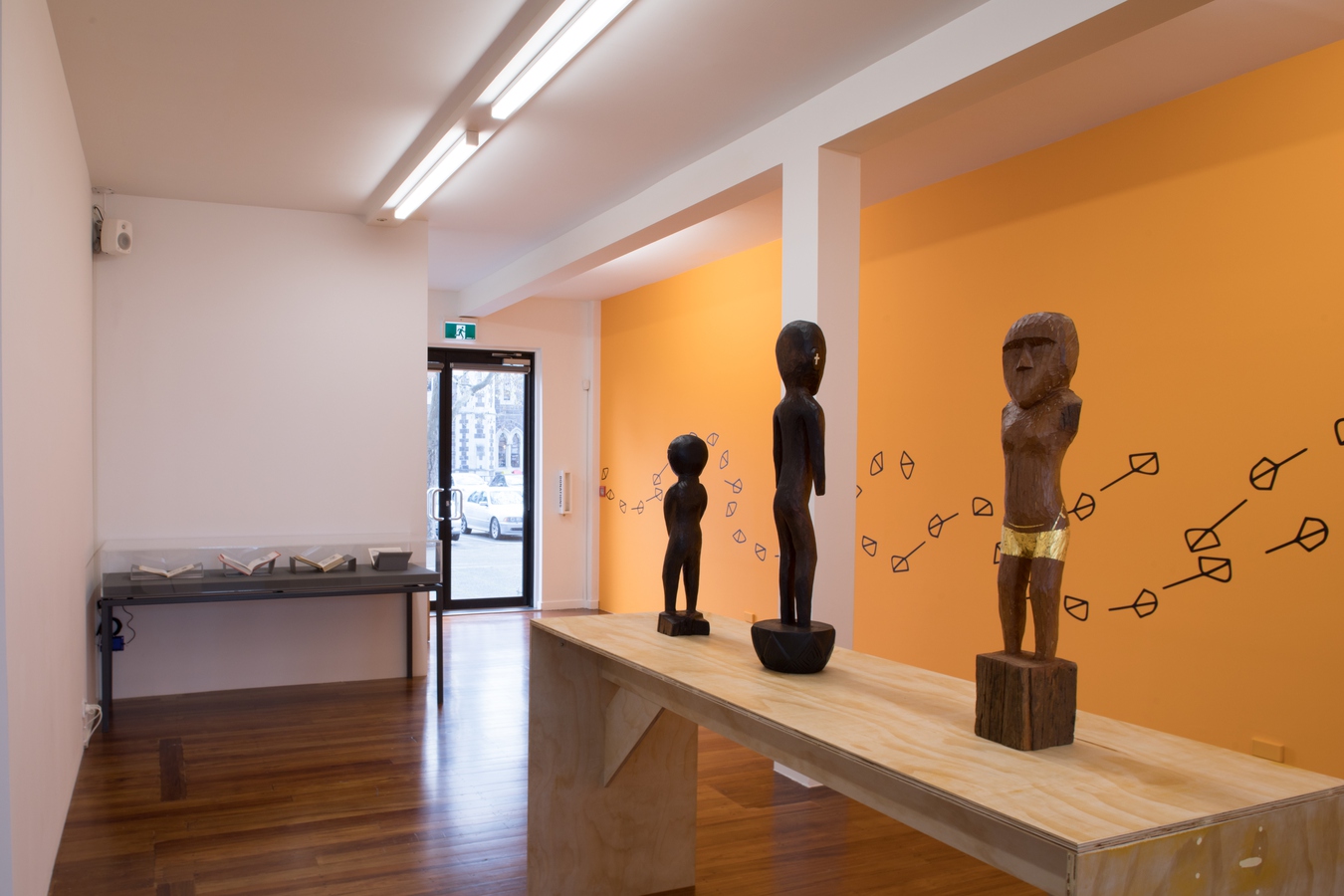 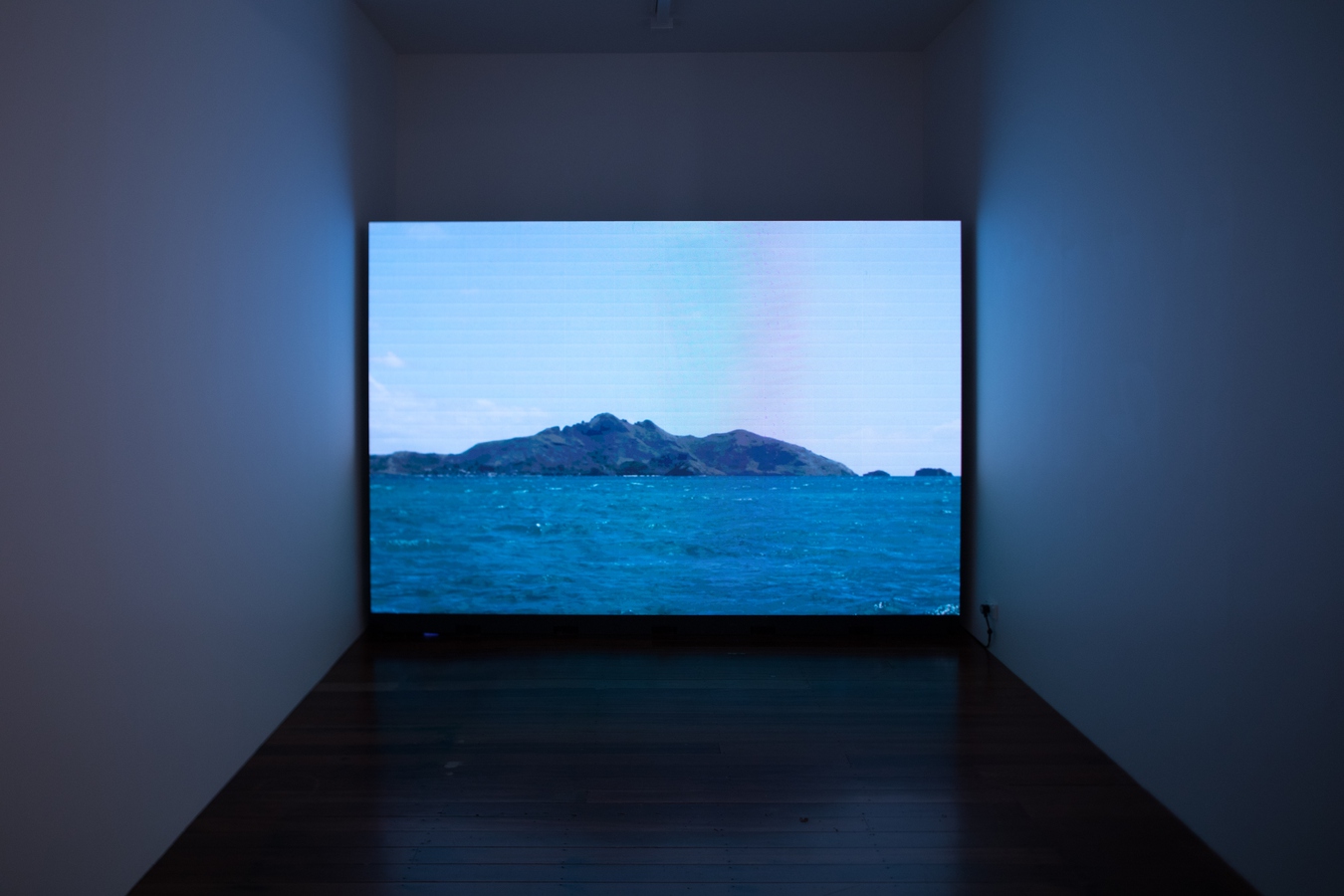 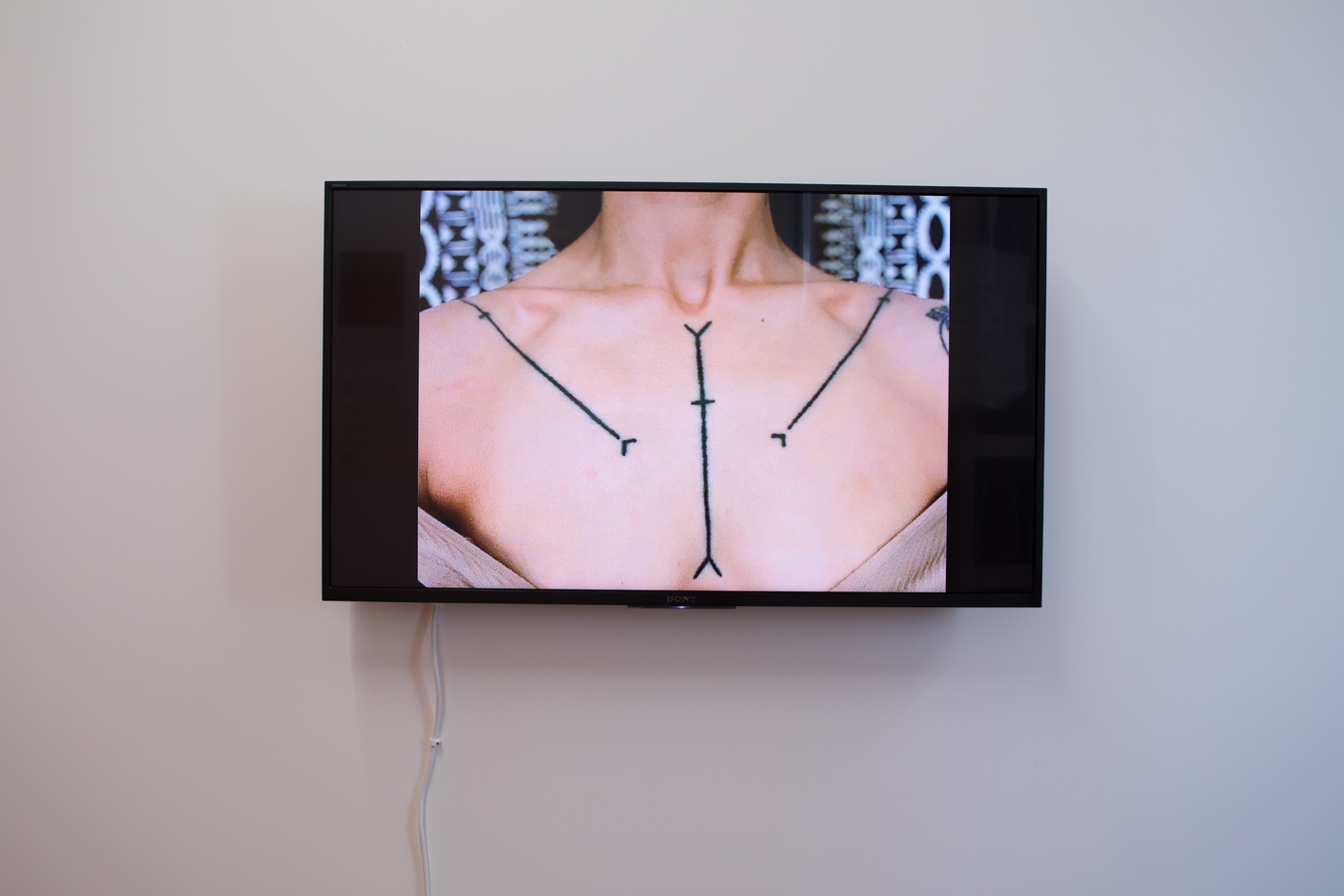 In 2018 members of The Veiqia Project travelled to Yaro Village on Kia Island in northern Fiji to spend time in talanoa with people there about the traditional Fijian female tattooing practice of veiqia.

Tora has committed the period of her Creative New Zealand / University of Canterbury Macmillan Brown Centre for Pacific Studies Artist Residency to editing a series of interviews filmed during the 2018 visit. Luisa writes, “During these filmed interviews, village elders named their grandmothers and described seeing their weniqia. This corrects a historical oversight suffered by Fijian women who were rarely identified in colonial records. We were also privileged to visit the Village qara ni veiqia (cave where Yaro women and girls received their weniqia).” The film sits alongside research material and three matakau, female ancestral figures carved by collective member Maragaret Aull, who writes, “Matakau are part of our material culture that can give an insight to our past, with many carved or having ink traces of weniqia applied.” The gallery will also be the site of a panel discussion including members of the collective.

The Veiqia Project is a collective of artists, curators, researchers, and academics based in Australia, Hawai’i, and Aotearoa New Zealand: Dr Tarisi Sorovi-Vunidilo, Margaret Aull, Donita Vatuinaruku Hulme, Joana Monolagi, Dulcie Stewart, and Luisa Tora. Since the Project’s inception they have developed a relationship with mark-maker, Papua New Guinean Julia Mage’au Gray. Curator Ioana Gordon-Smith, who worked with The Veiqia Project in the exhibition names held in our mouths (2019) at Te Uru Gallery, writes “Working primarily outside of formal institutions, these modes of revival and transmission, which range from transnational exchanges, museum studies, and close reading of texts, often depend upon and result in a collective impulse. They also expose a number of oscillating concerns, such as the twin needs of protectionism and open sharing; revival and adaptation; local and global influences.”

The collective’s work continues despite the practice having been deeply impacted by colonisation, capitalism, and migration. At the heart of this is a commitment to sharing their findings with a wide community, within which iTaukei (indigenous Fijian) women are primary. Dr. Karen Jacobs, author of This is not a grass skirt (2019), has noted, “Liku and veiqia were closely related to their female wearers, yet became alienated in museums where they were translated, classified and sometimes further exchanged. Separated from their original context they are potential connectors that have the ability to cross temporal and spatial separators and can express different ontologies (Tapsell 1997; Māhina 2010; Ka’ili 2005).” It is this capacity to connect, to cross space and time that separate, that gives purpose to the exhibition, and the project as a whole. In the years since The Veiqia Project’s 2018 visit to Kia, and including sending relief packages following Cyclone Yasa and a book donation in collaboration with Vunilagi Book Club, this collaboration continues to involve the women of Kia and their families.

Luisa Keteiyau Tora (Kadavu) is an interdisciplinary artist who focusses on indigenous, queer, and feminist themes. She lives in Ōtāhuhu.

We would also like to thank Pixel, Macmillan Brown Library, and Christchurch Art Gallery Te Puna o Waiwhetū for their generous support of this exhibition.