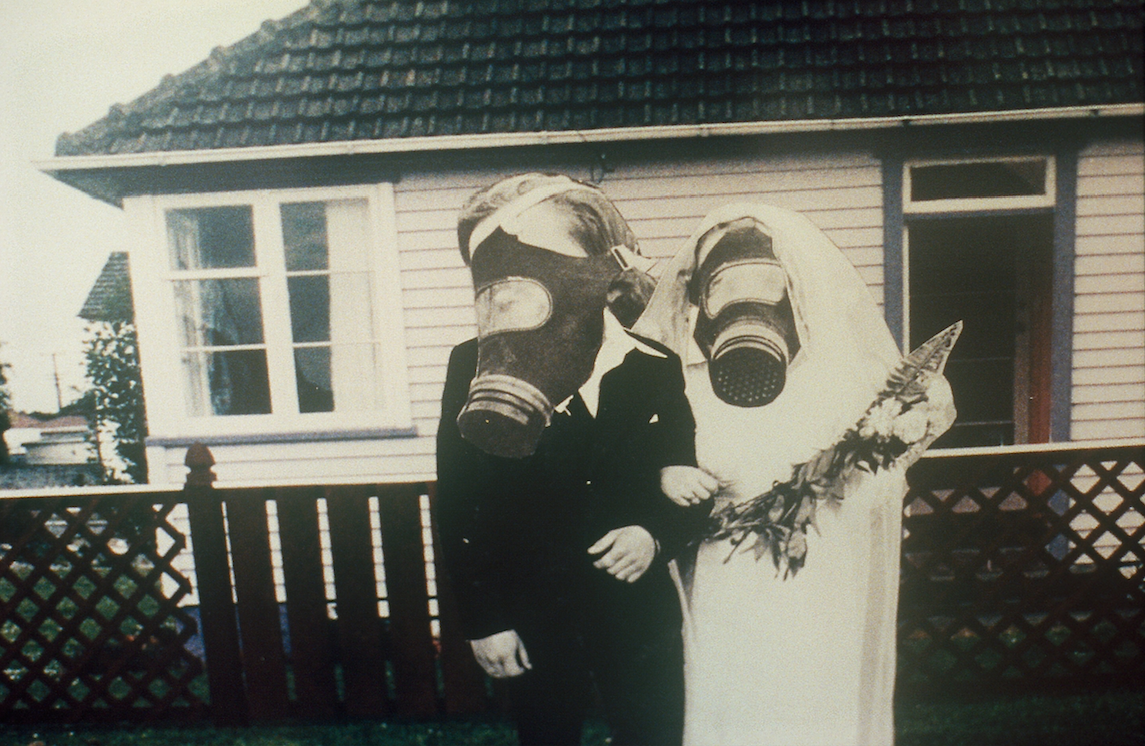 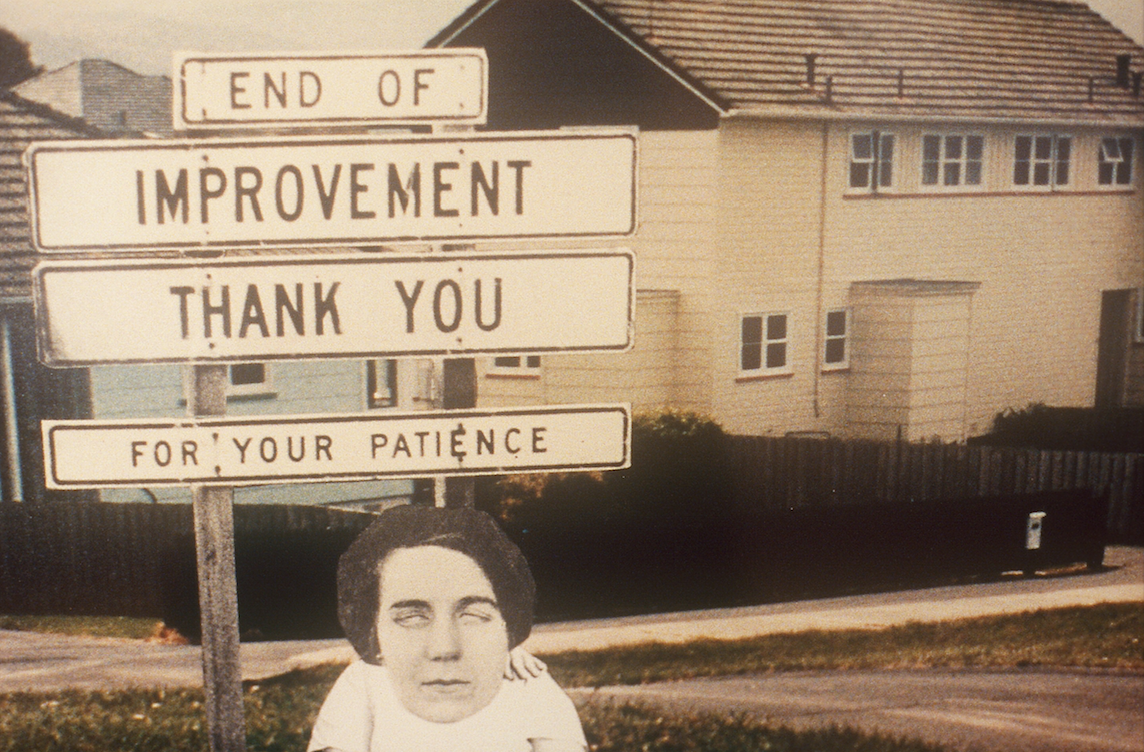 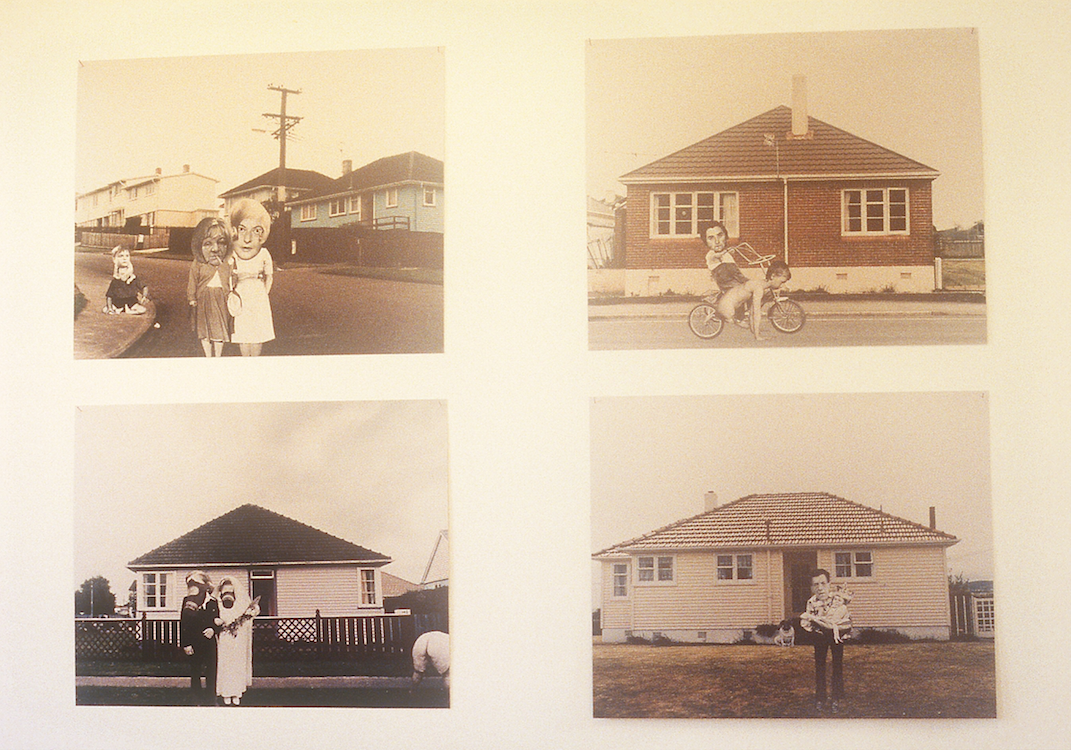 Ava Seymour has been perfecting the sly art of photo-montage for some years now. Deceptively simple in its means, paper, scissors and glue create scenes that are hard-edged, jagged, and far from the staged surrealism of say, a Boyd Webb photograph, or the slick, wacky wonderland of a computer-generated advertisement for hair gel.

Seymour cultivated her trademark style while living in Germany, and it's no surprise that the most obvious lineages in her work include Hannah Hoch and John Heartfield. But whereas these classic exponents of Dada juxtaposition made art for specifically polemic ends, Seymour has disavowed political agency. Her work is predicated towards moods rather than messages, as she creates scenes that are simultaneously inviting and repellent. In her 1995 series titled Rubber Love, Seymour took us through a key-hole journey of lush interiors. But these House and Garden set-pieces are populated by clusters of rubber-clad folk, with accoutrements such as gasmasks and fluffy dogs. The luxury pads, already garish in their seventies-style saturated colour, are made hot beds of bizarre iniquities, scenes that can be scary or sexy, but are mostly just very funny.

Seymour's' Health Happiness and Housing is a departure from glamour. The interiors of the filthy rich and their perversions are substituted for the exteriors of the dreadfully poor. Their afflictions are on parade for all to see, ungainly genetic hybrids created by Seymour's surgical scissors. Like some kind of mad scientist, she has created a pot pourri of humanity, choosing to emphasise frailty and disability.

The settings for Seymour's self-made "freak shows" are photographs of state houses gleaned from around New Zealand. Seymour travelled the country to find the bleakest backdrops for her troupe to play out their lives against. However, what emerges is far from depressing or cynical. The deformities depicted in Seymour's claustrophobic panoramas are worn like quirky badges of honour. Like the phantasms existing on another plane in the collapsing hospital of Lars von Triers' The Kingdom, Seymour's characters become a solid presence in these otherwise deserted suburban settings. These creatures, and amalgam of the shattered dreams and hopes of tenants past and future, enliven the stodgy environs with perpetual activity, turning despair into a comedy of human foibles.  While many viewers may find the content of this work disturbing or offensive in its portrayal of the differently abled, most have identified with its humour, seeing the series as an elegy with a comic edge, accurately portraying the mood of suburbia in this country.