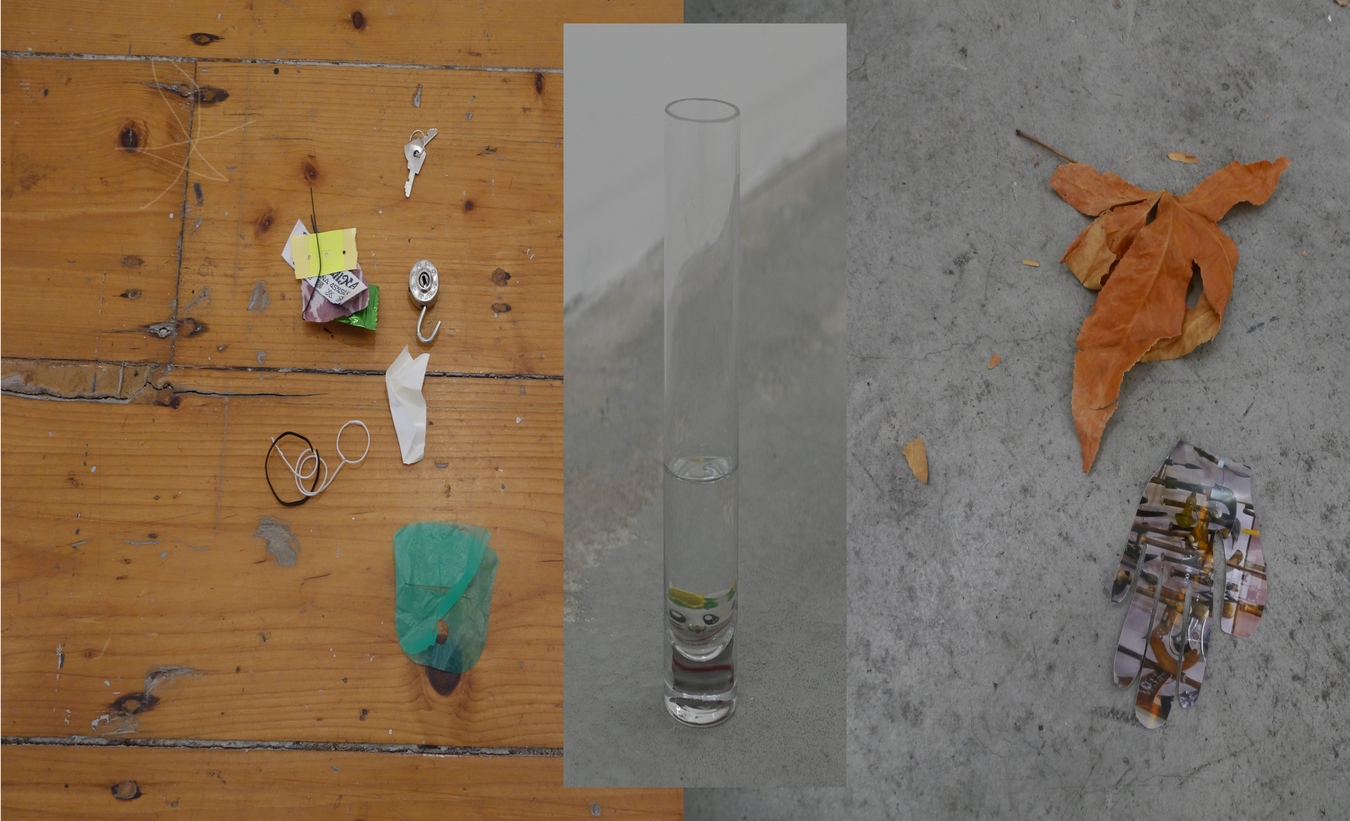 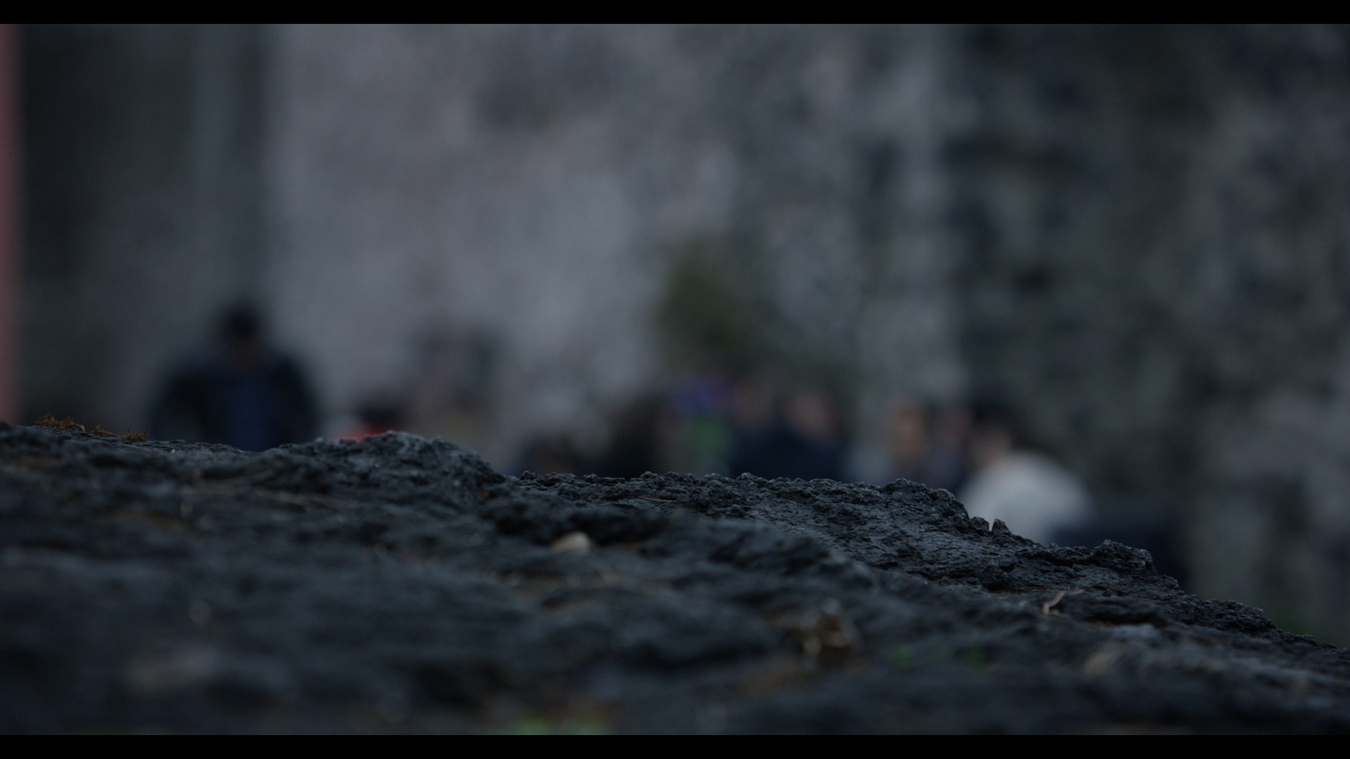 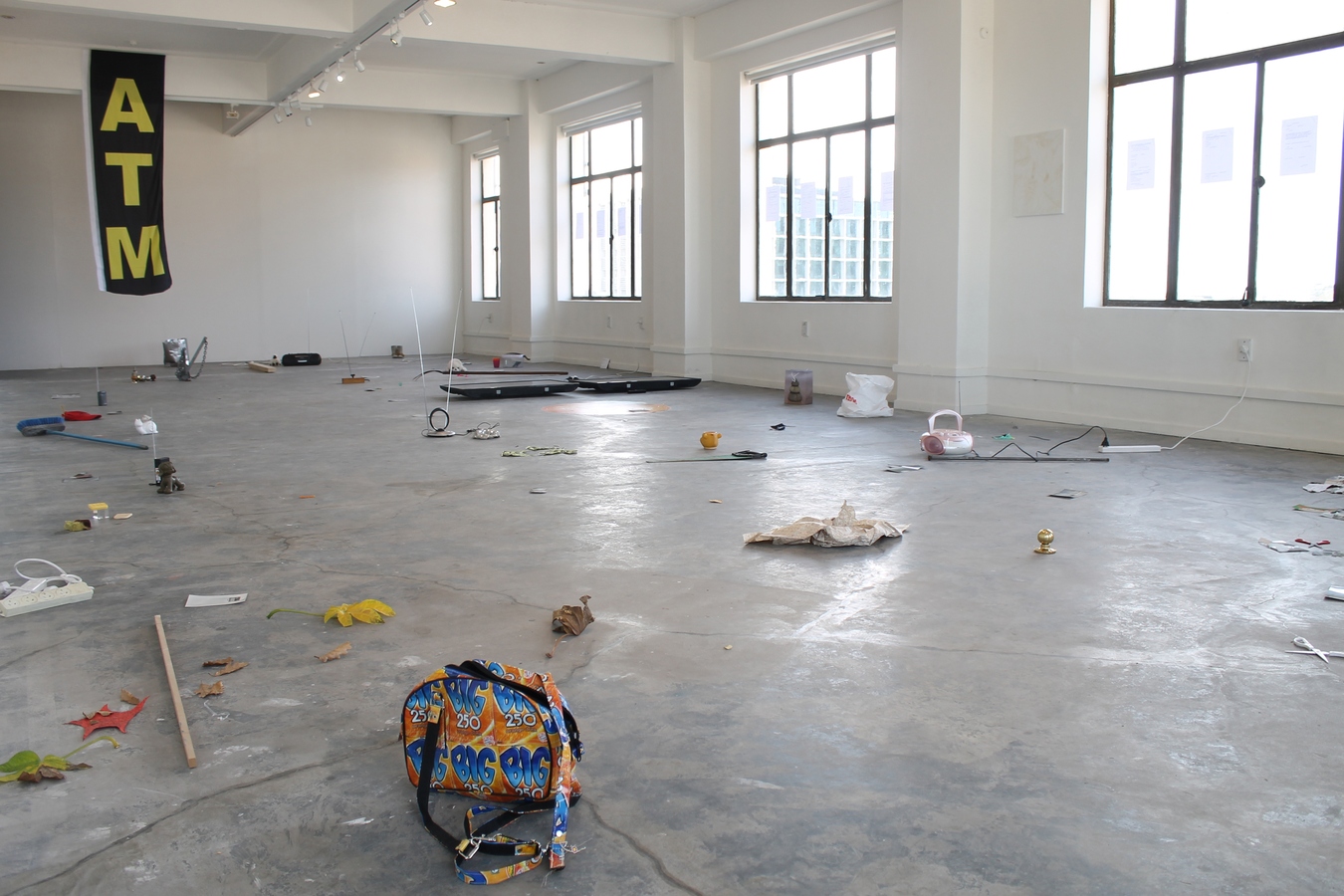 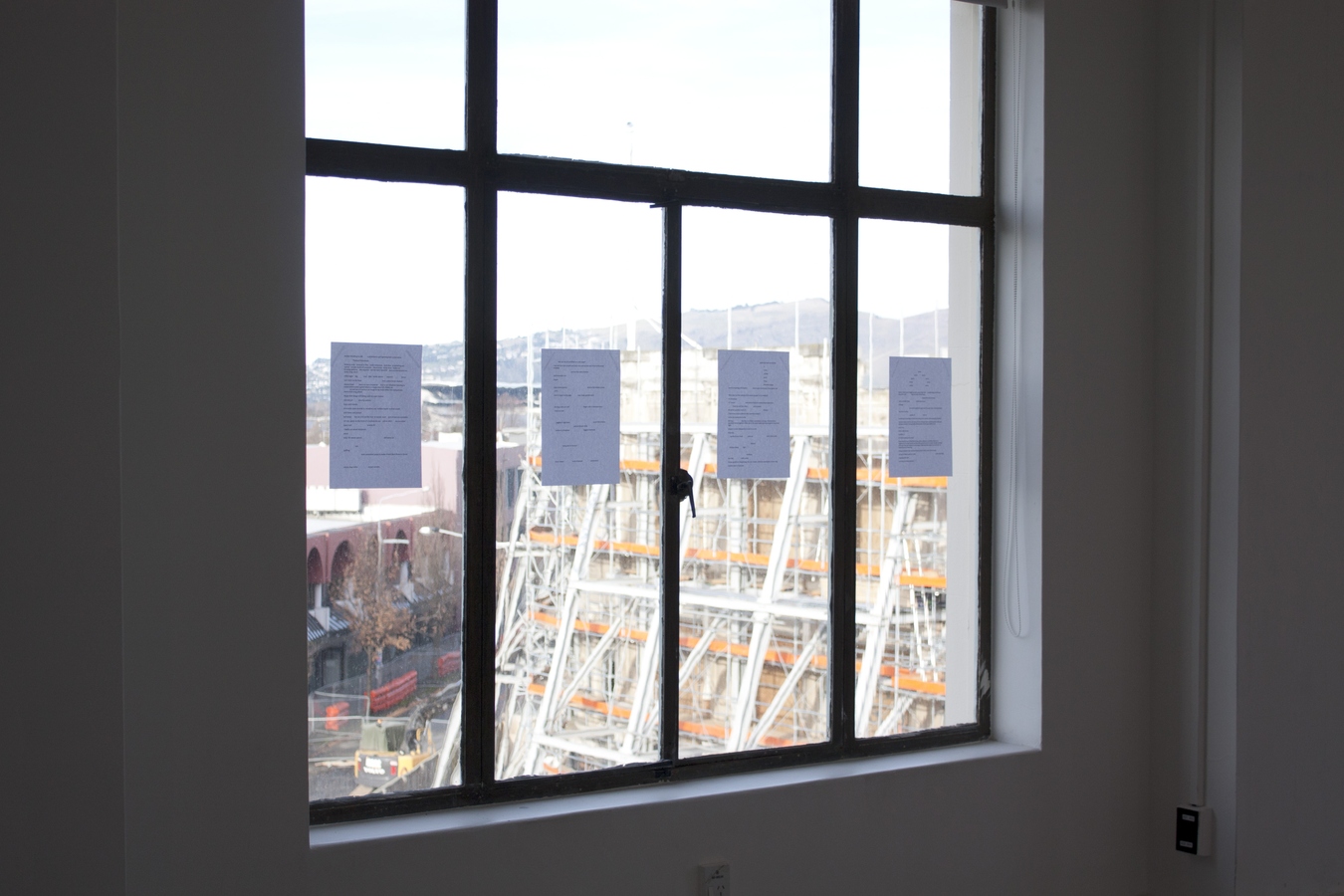 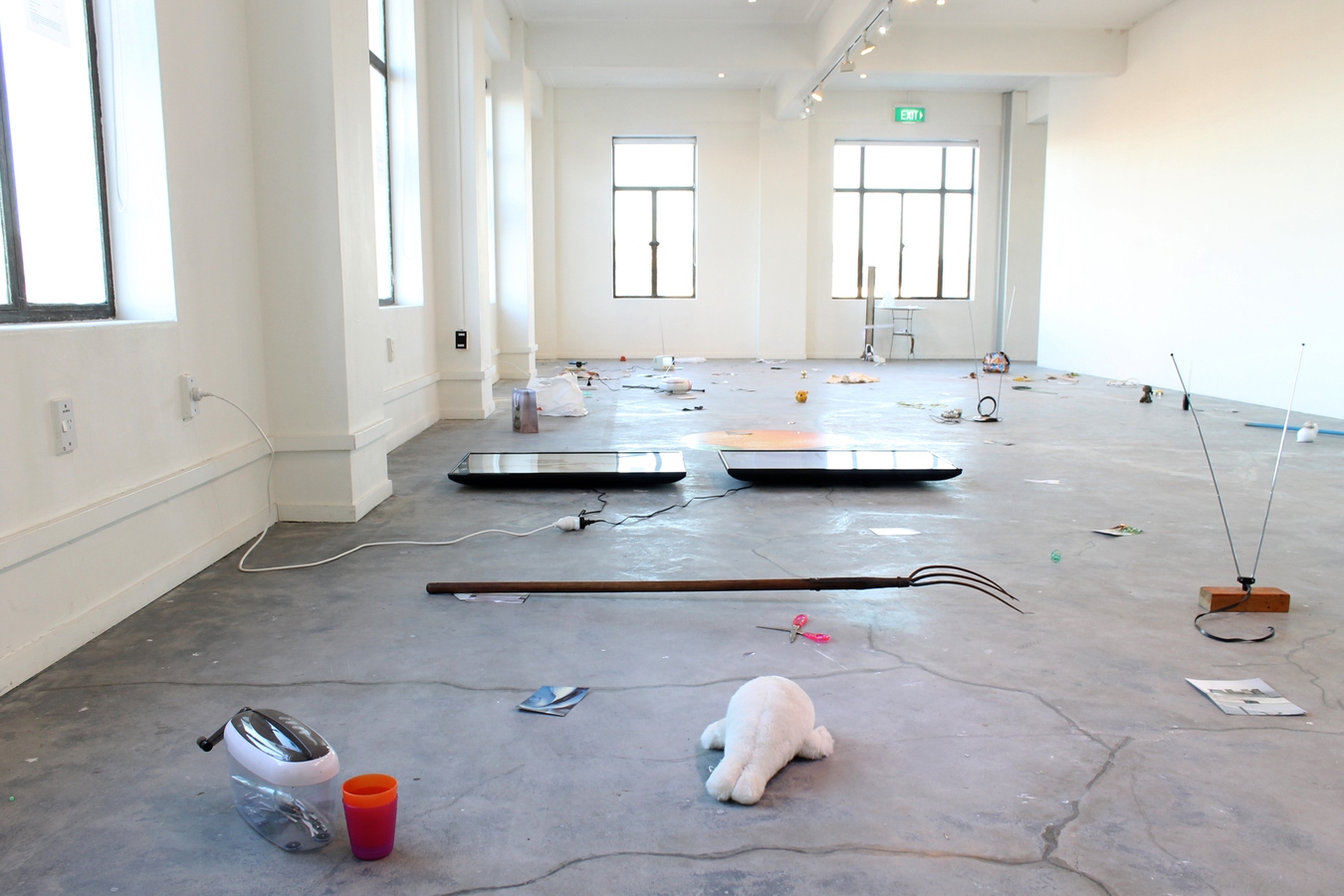 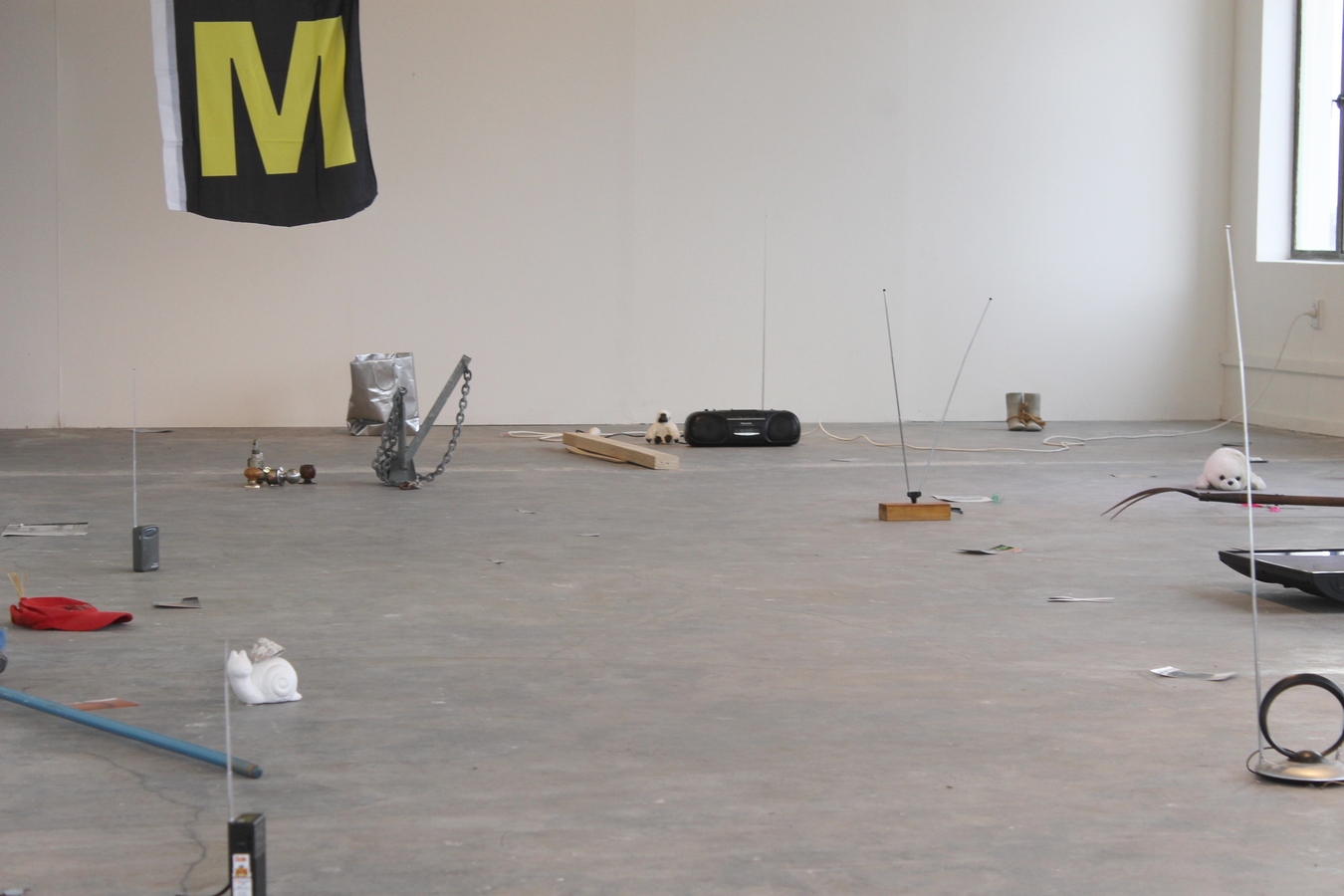 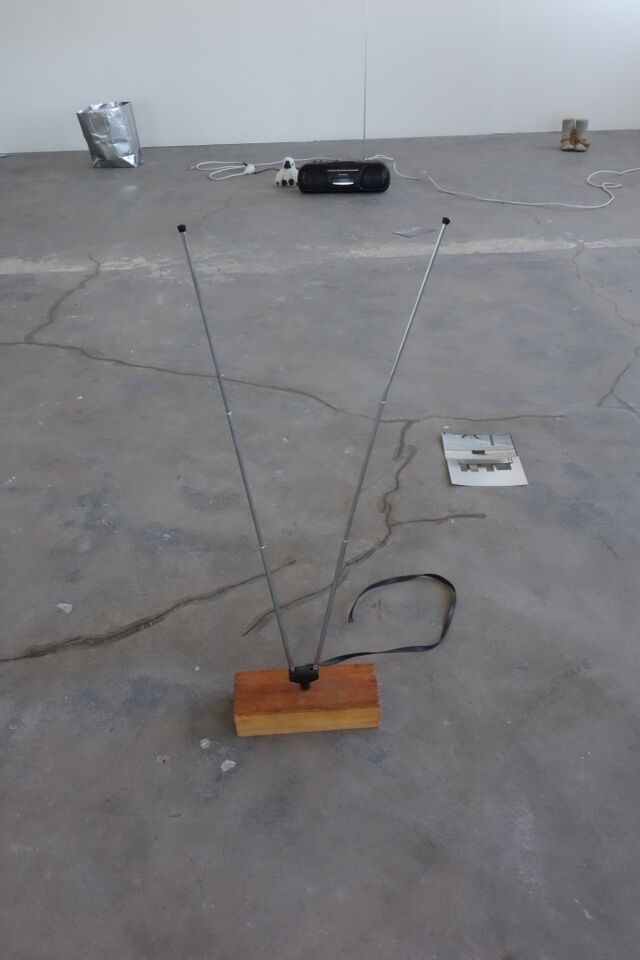 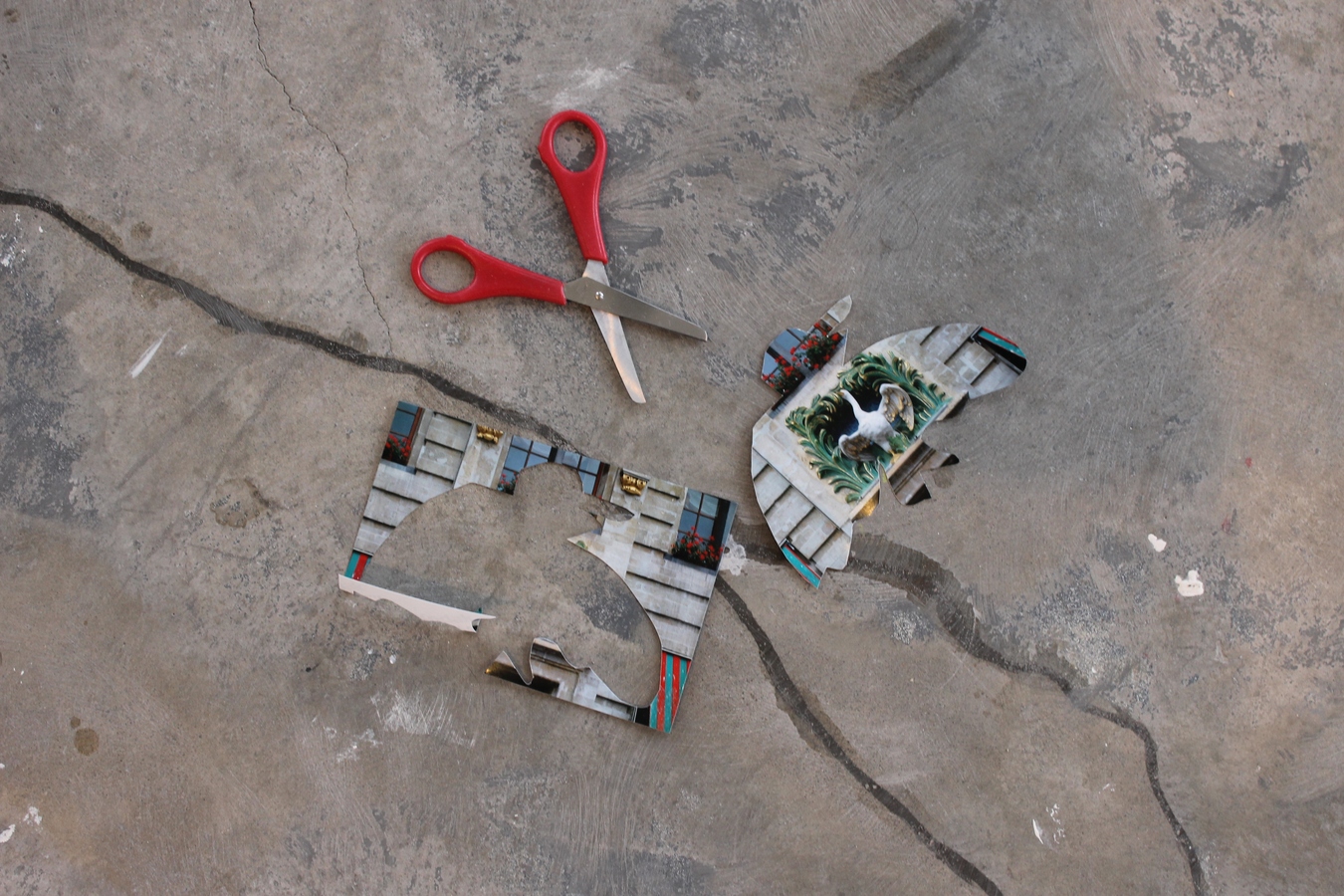 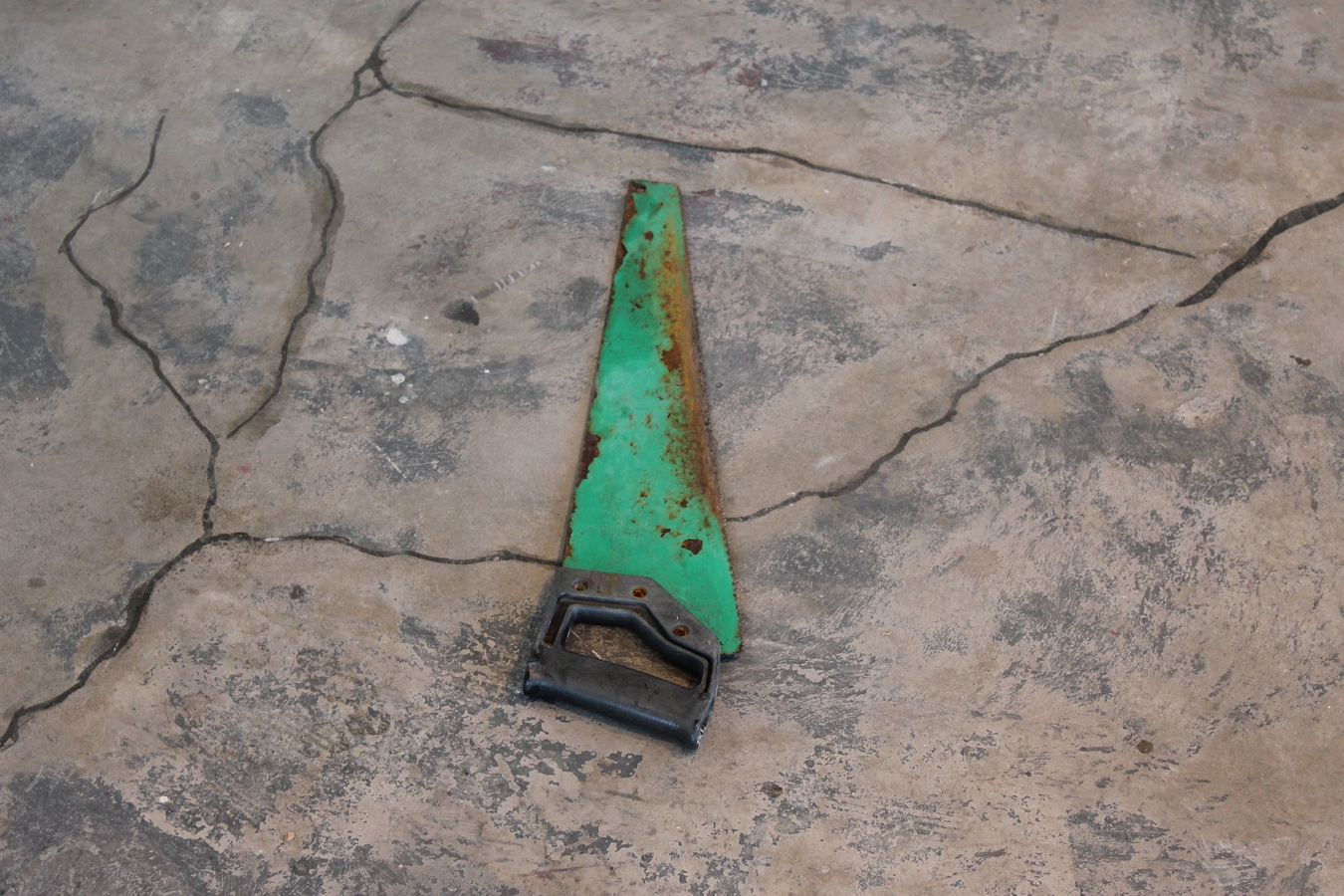 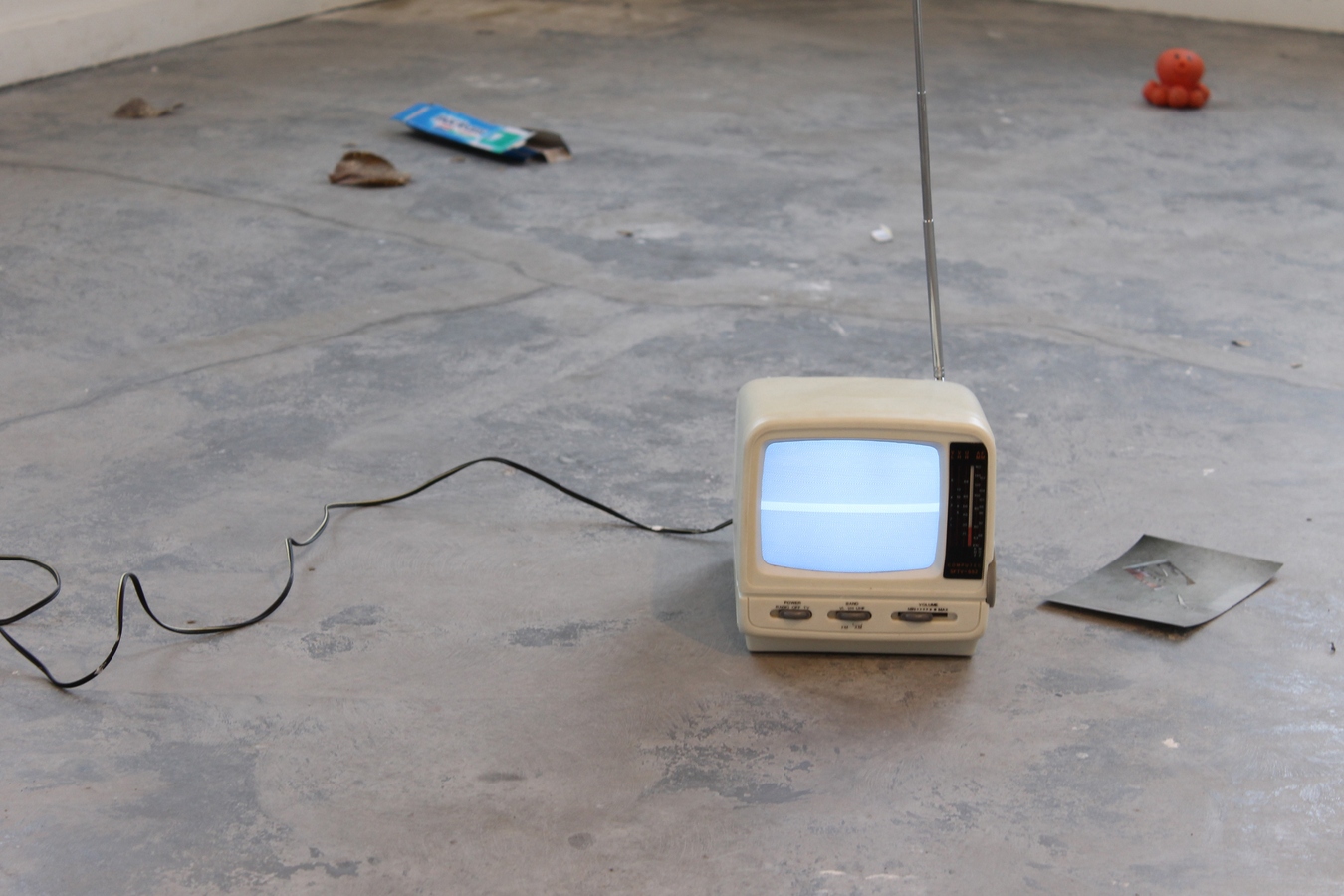 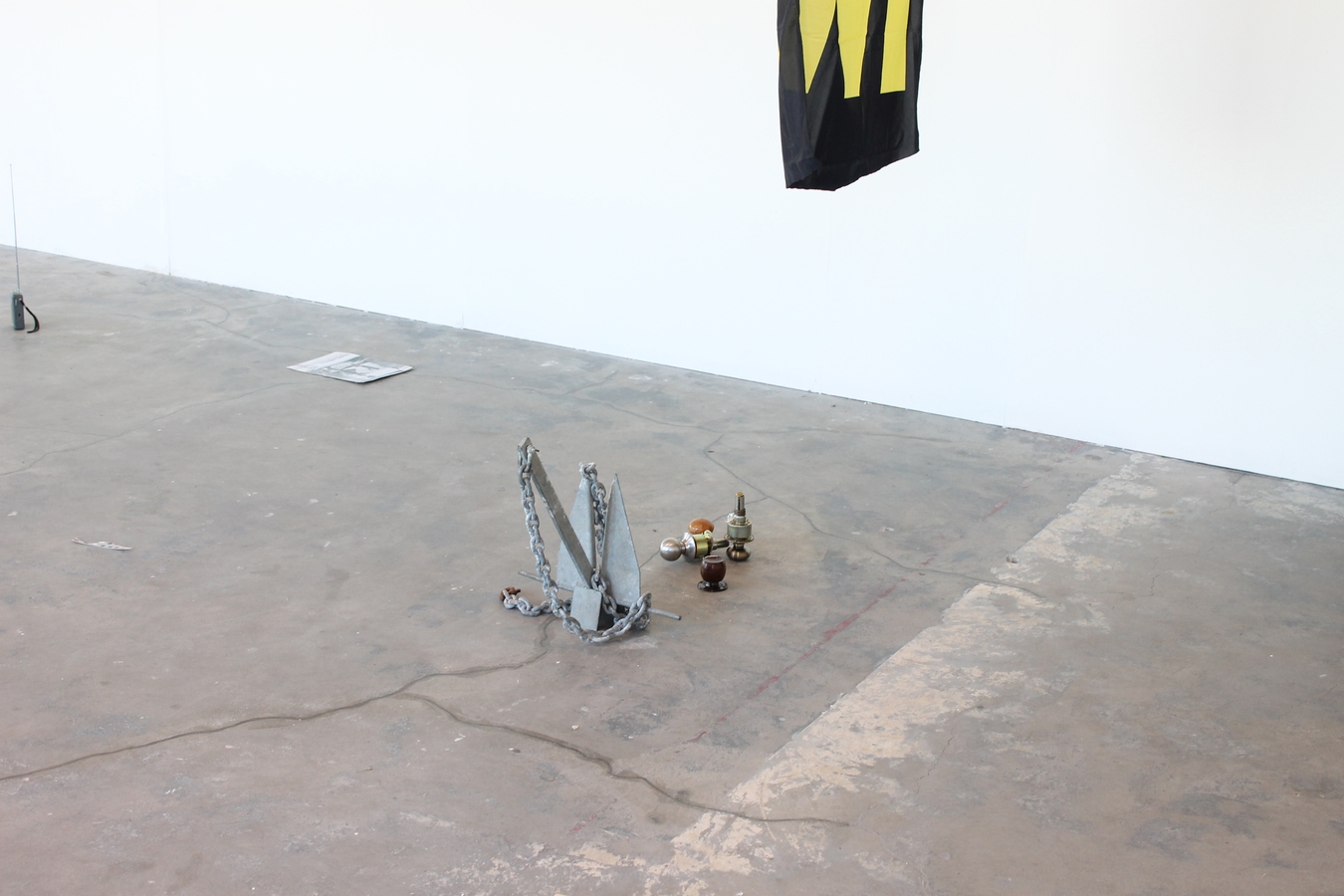 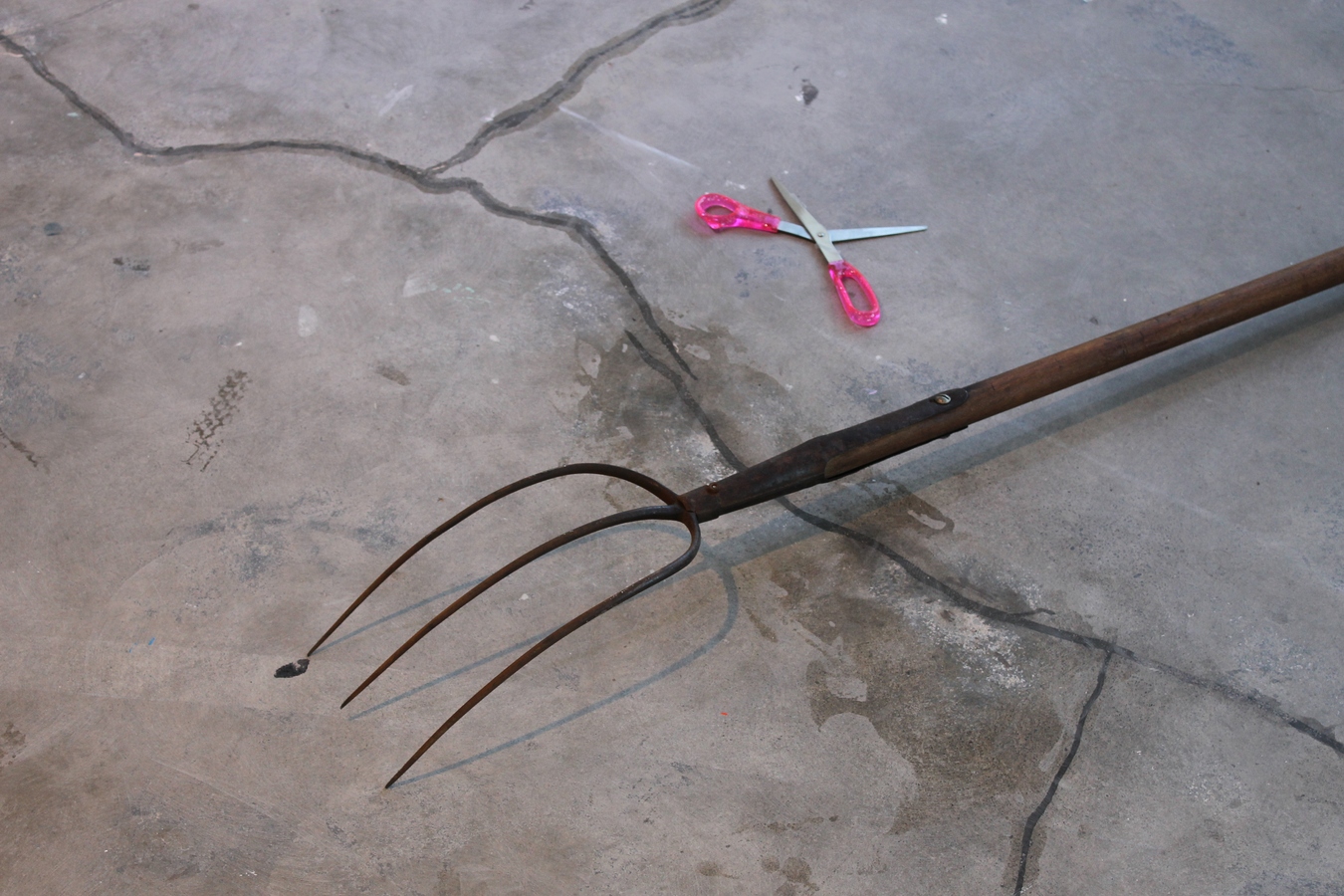 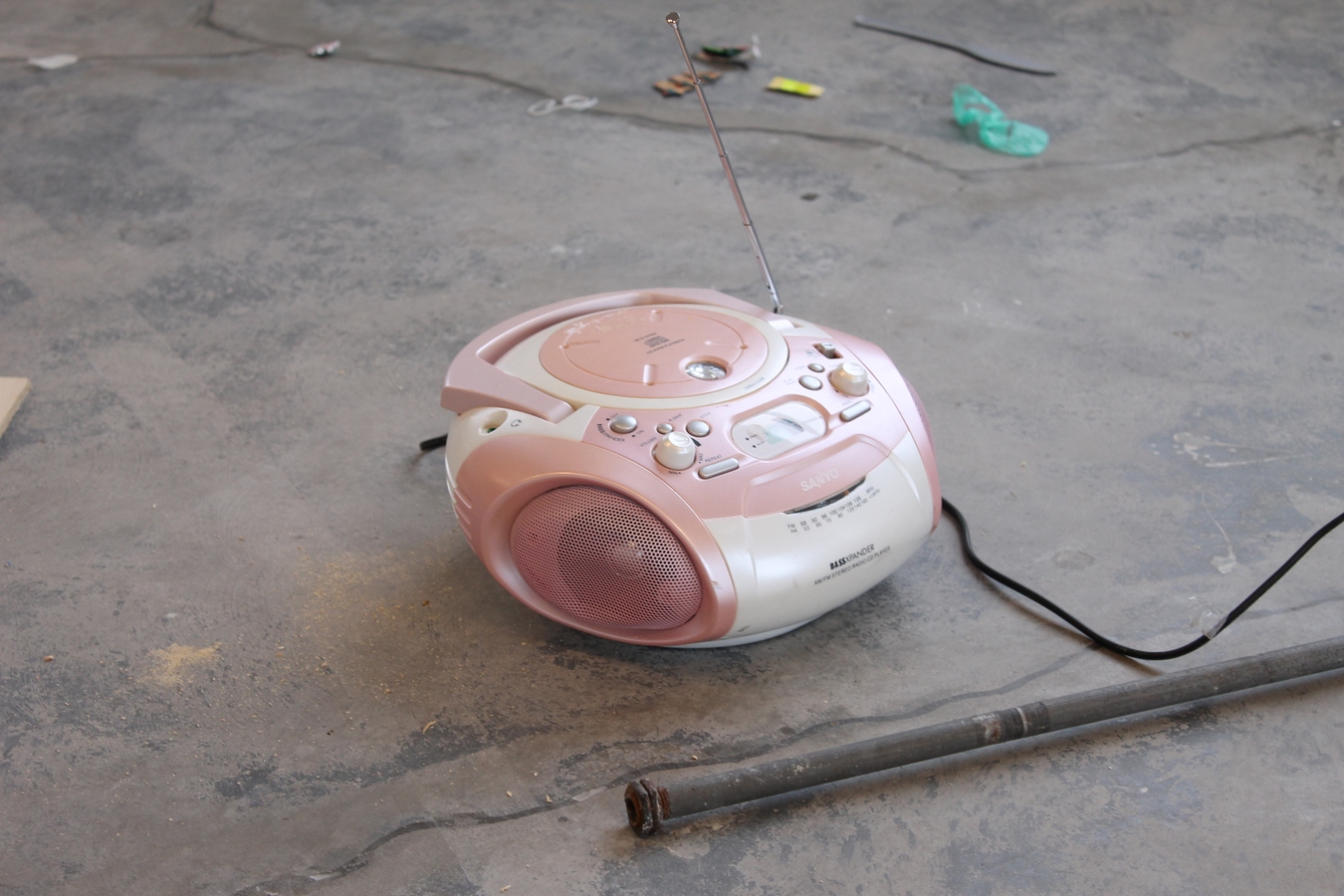 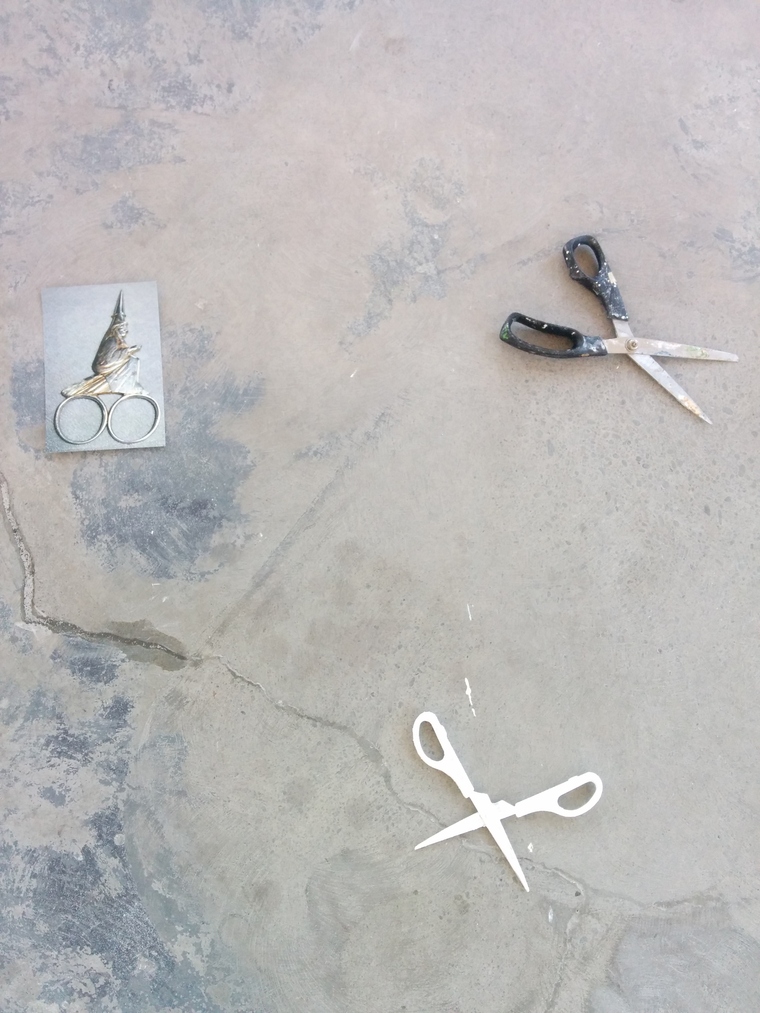 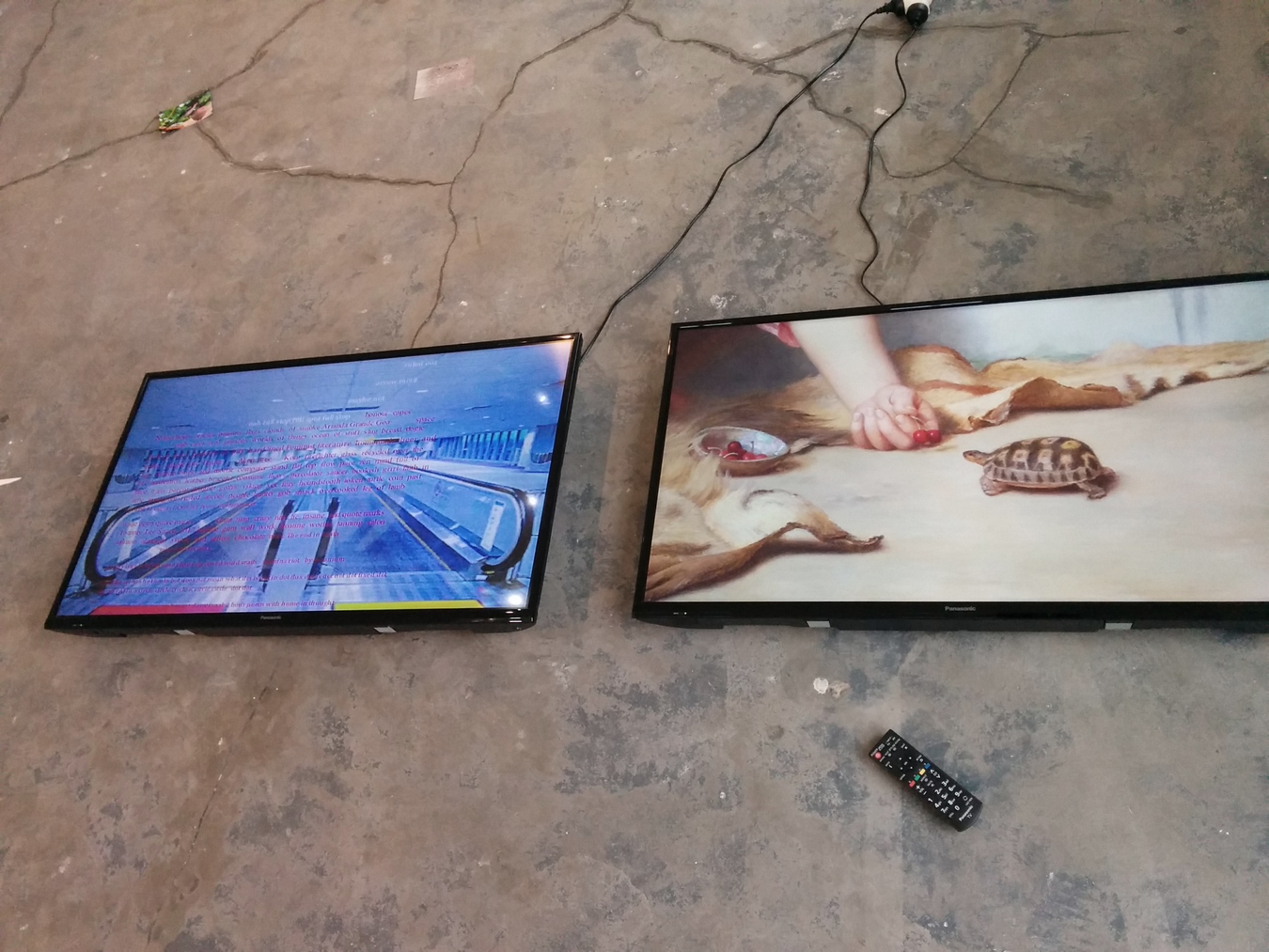 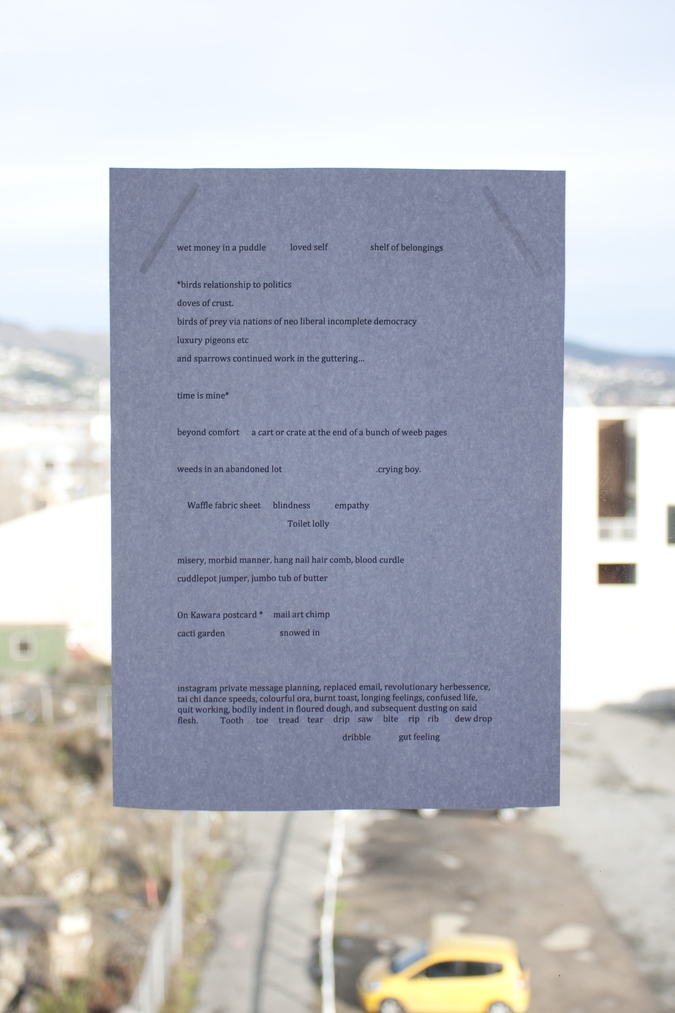 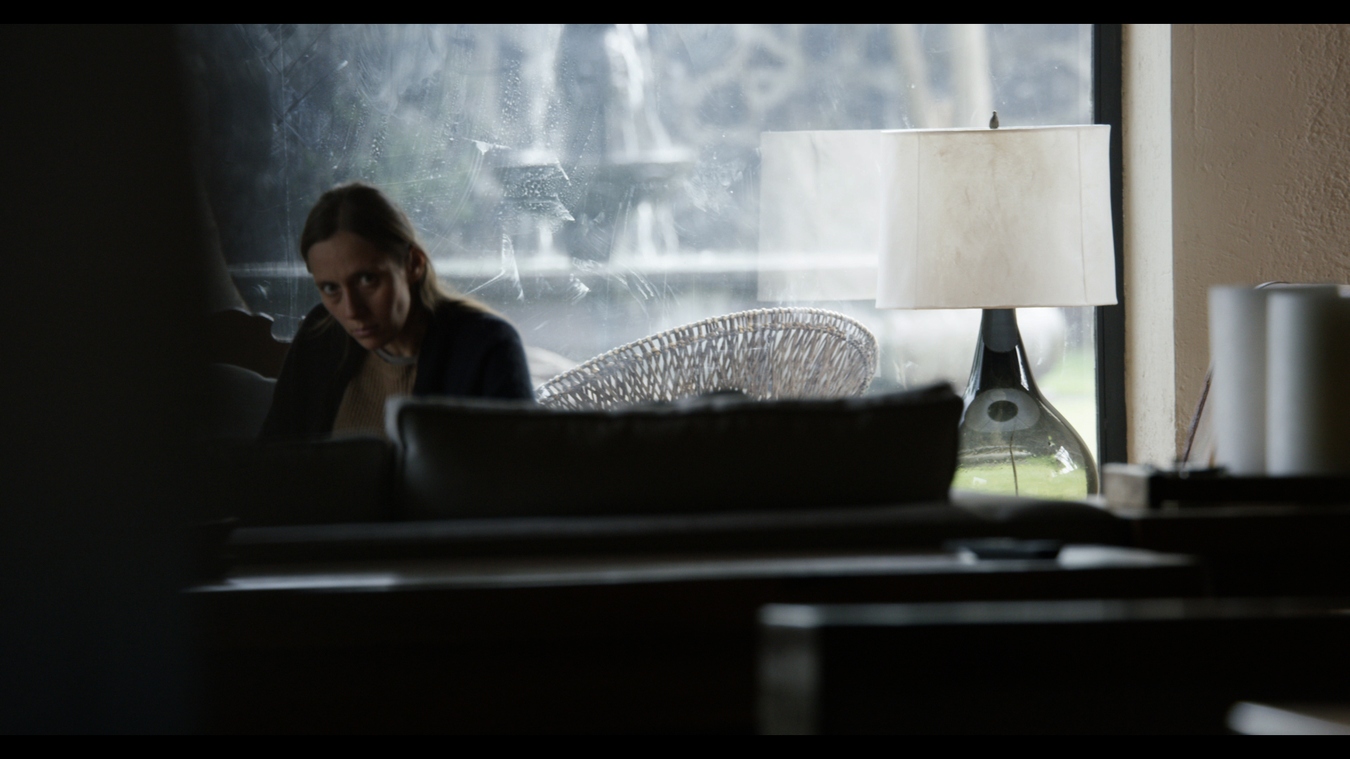 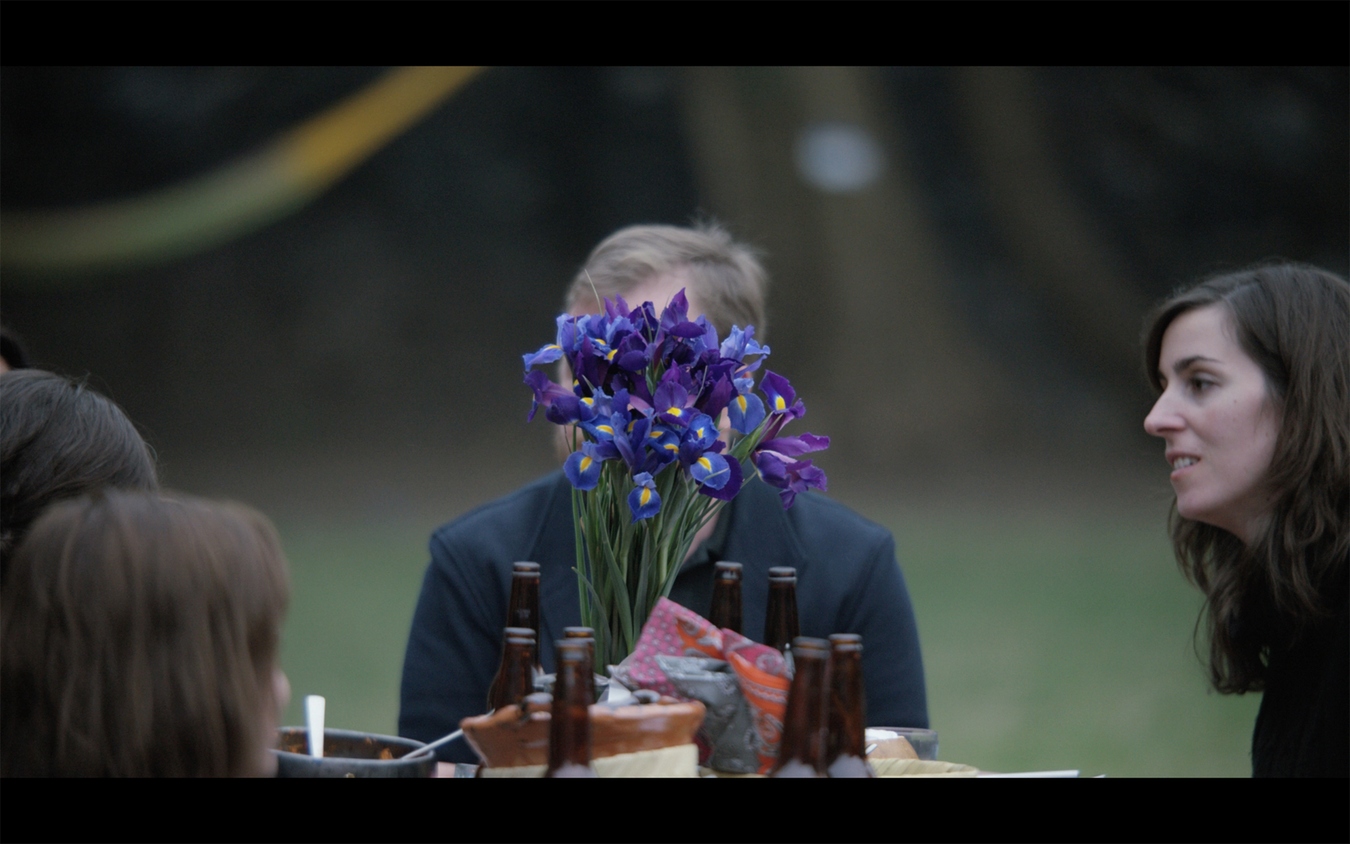 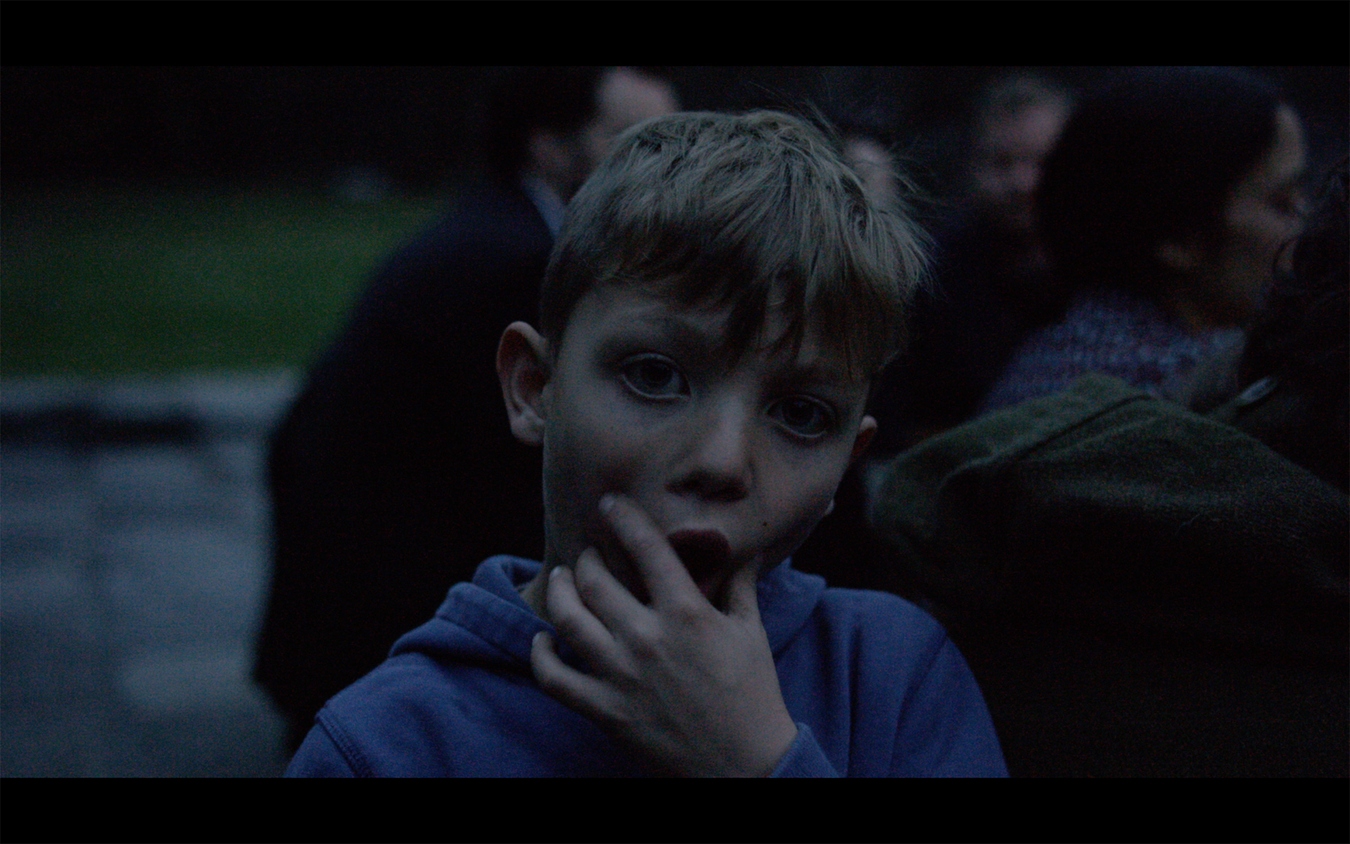 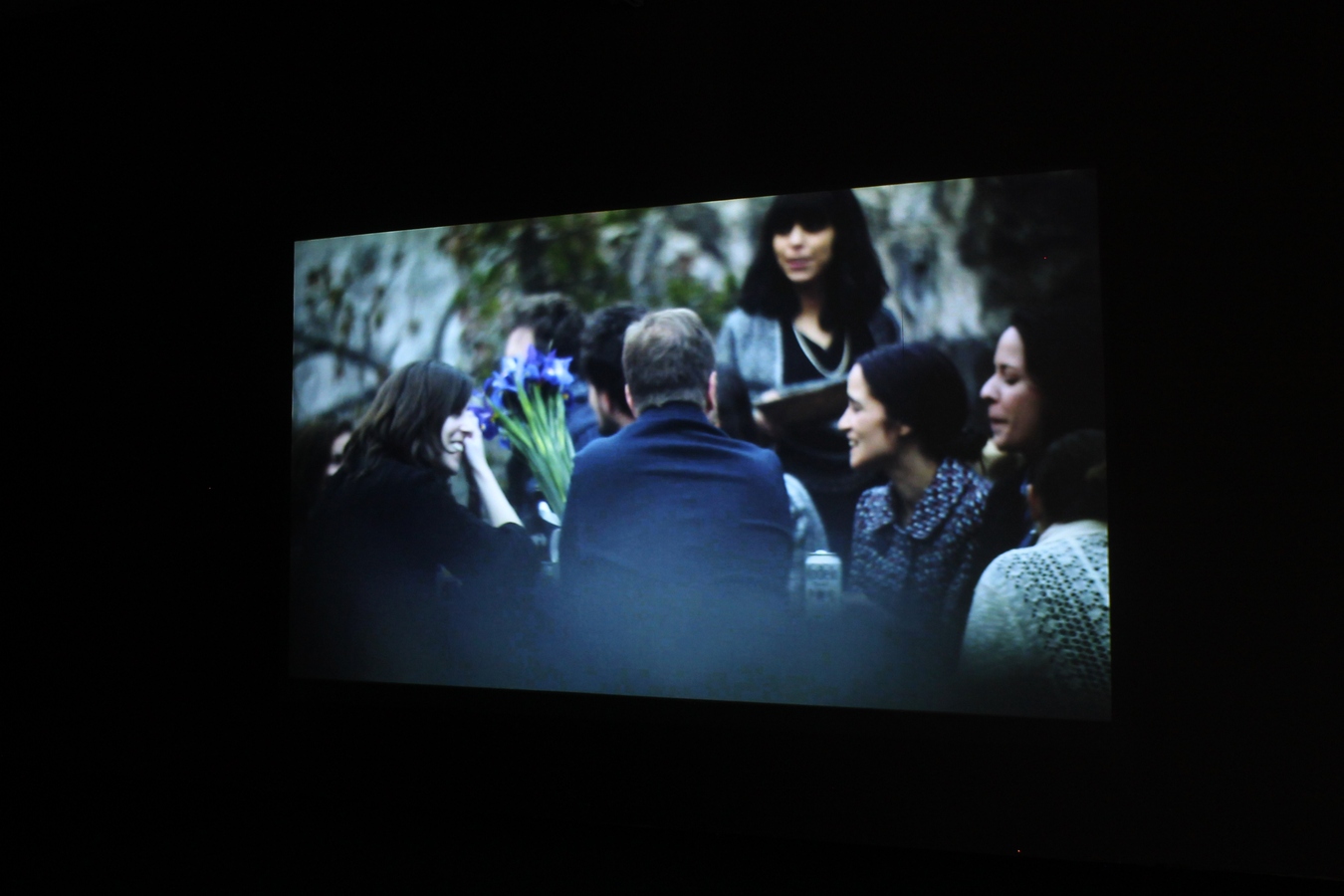 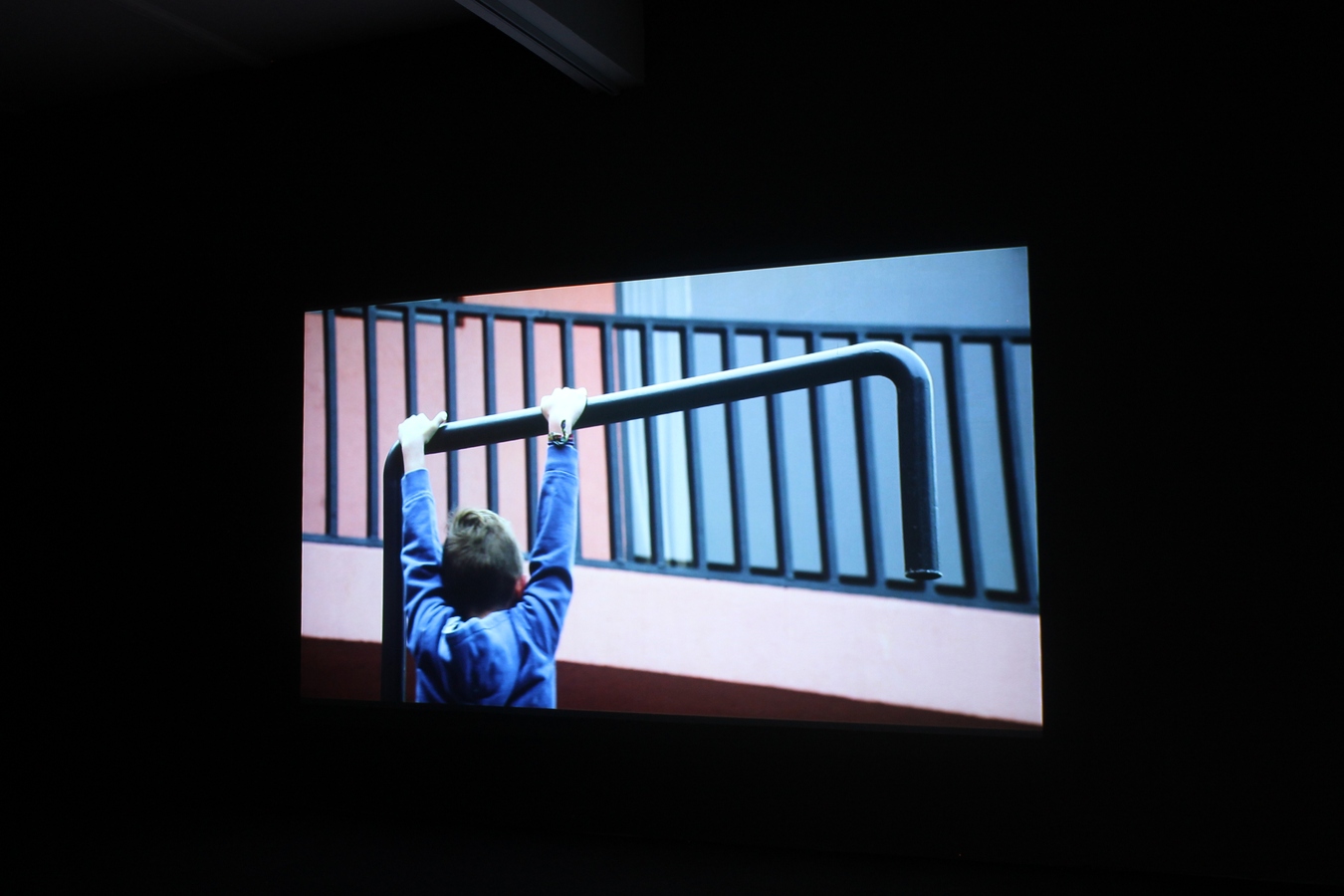 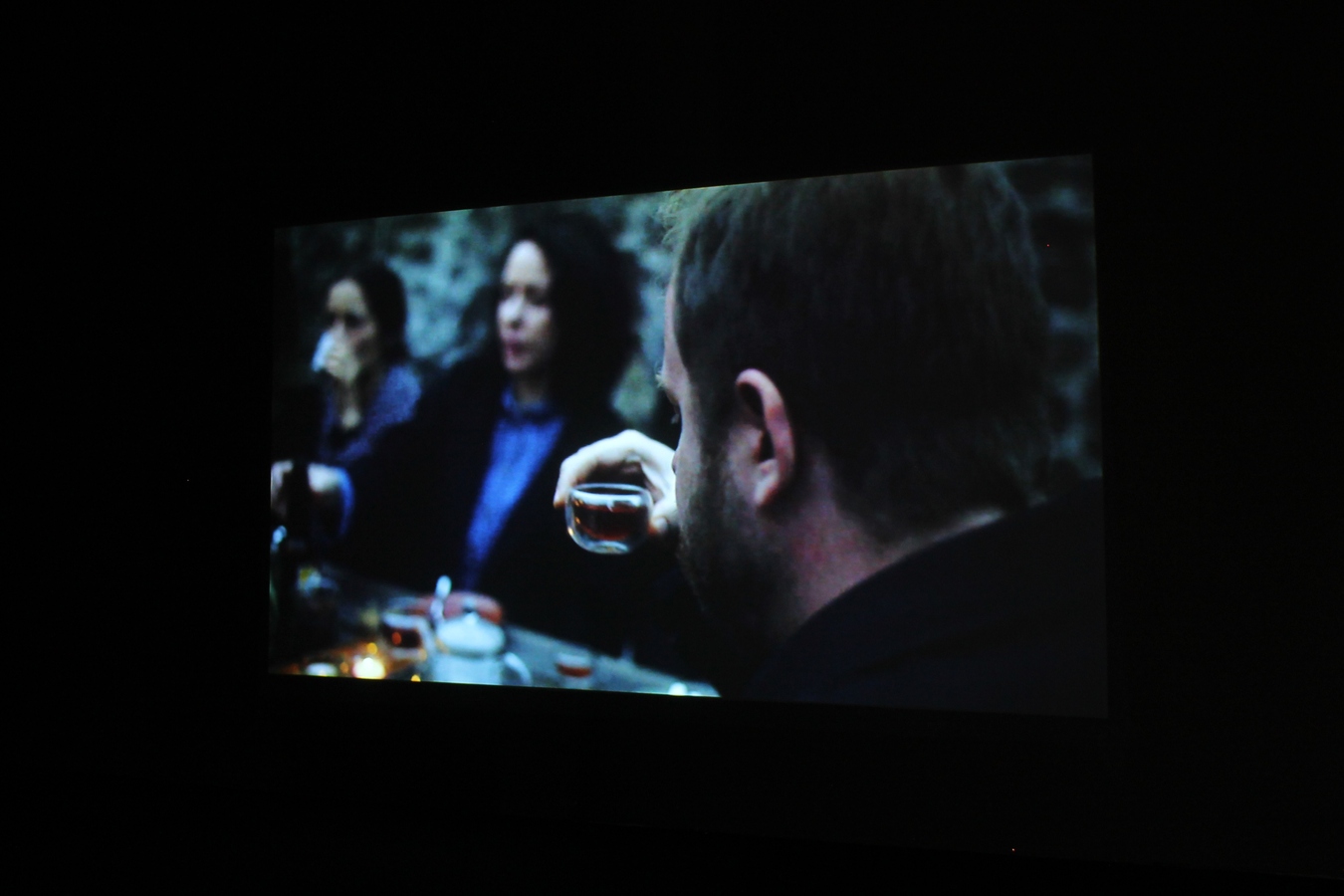 A hot wind blew in a hardboiled city. For this exhibition, the city of Christchurch is loosely conceived as the setting of a crime fiction story. Imagining an isolated scene where a strange wind blows and the ordinary person on the street feels less in control of their surroundings, Hardboiled city nominates the artist as a kind of antihero, whose material or narrative re-workings propose a stranger version of events than the story we’re used to, creating unexpected connections and allusions or exploring a heightened atmosphere of tension and unease. This fictive framework includes the arrival of the nor’wester, a foehn wind widely believed to have psychoactive abilities to affect the behaviour of people caught in its path.

Beneath a banner titled At The Moment flag (2015), Christopher L G Hill’s installation hosts a galaxy of small items that are dispersed across the floor. Throughout the main gallery, a number of portable radios sit on the floor waving metal receivers; antennas fully extended, some of them signaling a two-pronged peace sign. Like these objects, Hill’s practice functions as a receiver of the world of things—words and images inviting freedom of association.

Utilising the gallery floor is an energetic way to organise space without heirarchy—emphasising horizontality; activating figure and ground relationships for both 2D and 3D forms; and broadly suggesting a field of action across material, digital and social spheres. Hill’s installation includes artworks by other artists: invited by casual proximity or referenced in photographs, titles, or alluded to across the selection of particular objects. In addition, sixteen pages of poetry written from texts developed online and offline, are taped to the long line of gallery windows—resourcefully back lit by the outside contents of city and sky.

Often Hill’s found, loaned, gifted, or used items are inexpensive, occasional, and a product of our throwaway culture—however in his visual language, these are redeeming attributes of objects that circulate more freely in secondhand and counter economies. Autonomy and sincerity are qualities gained by the activity of choosing objects and images to stage new meanings, particularly in the problematising of new arrangements. Hill’s poetic refusal to reproduce the familiar routes of meaning in our relationship to things, proposes instead to supplant these with ambiguity—a state equal parts suspicion and curiosity–toward our endless consumption of information and things, while remaining open to alternatives against a system which reduces all possibilities for meaningful exchange.

Francesco Pedraglio’s Los Barbaros (The Barbarians) 2015 is the first edit of a film exploring the possibilities for narrative by capturing a single event, an unrehearsed and unscripted performance in Mexico City. A group of friends were invited to stay at a large, modern house at the edge of the town for the night and told to enjoy themselves; to come and go as they please, so long as they are able to be filmed throughout. In the film, the camera observes the guests as if the house were unchanged by their presence, their behaviour unassimilated by the setting. Images of people talking and milling about are captured through lush, colour soaked reflections on the glass exterior, or partially obstructed views by the furnishings and walls that heavily frame their activity.

During the second half of Los Barbaros the soft, rich imagery of the guests’ conviviality is disturbed by a spoken narrative, a monologue of two parts. At first, ‘the voice of the house’—a rational force, creatively ordering and interpreting the scene—is heard. Later, the contents of the narrator’s voice becomes more menacing: this is ‘the voice of the night’—chaotic, guttural. The cynical vision of this unseen interlocutor threatens to tamper with the psychology of the setting—the house and the night that gradually envelops the guests—yet, the voice remains oddly distant; the guests continue to talk and drink, unaffected. The disconnect between the spoken account and the event is experimental; the limits of a story are put to the test when the narrator’s speech starts to slide, soliloquy becomes tirade, and omnipotent control over the narration descends into melodrama. Pedraglio’s practice blends performance, sculpture and film using storytelling as a primary device, with the belief that objects are the inanimate things on top of which we ‘violently’ construct our own story, our subjective framework of meaning. In this view, to tell a story and to involve an audience in its creation, can be a coercive act, in the artist’s words, possibly “the most dangerous thing you could do.”

The artists in Hardboiled city present work that invites new readings against the backdrop of a city that is in a constant stage of change and whose appearance is no longer sensible, or rational; it’s urban surface no longer intact. Subsequently, the works and responses in this exhibition use methods of storytelling, appropriation and soft negation to re-stage relationships between things, words and images.

Francesco Pedraglio is an artist working with writing, performance, film and installation. He was born in Como (Italy) in 1981.

The Object Lessons, a novella made in collaboration with Nina Beier and Marie Lund, was published by Mousse in 2012. His novel A man in a room spray painting a fly was published by Book Works in summer 2014. Also in 2014 he was also the co-editor of the anthology of artists writings Cadavere Quotidiano, published by X-TRA (Los Angeles).

Pedraglio is a founding member of the London based curatorial initiative FormContent (www.formcontent.org).