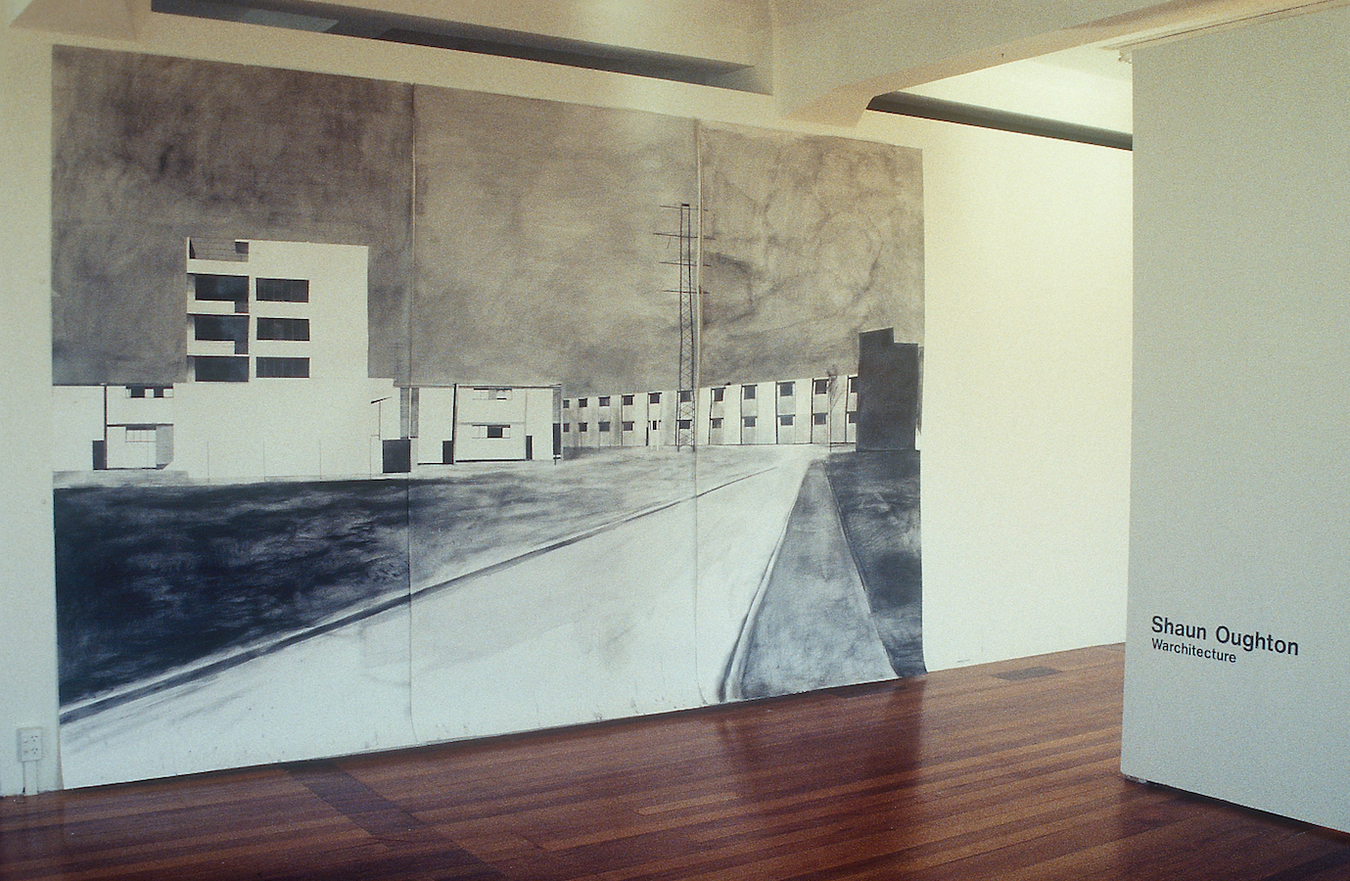 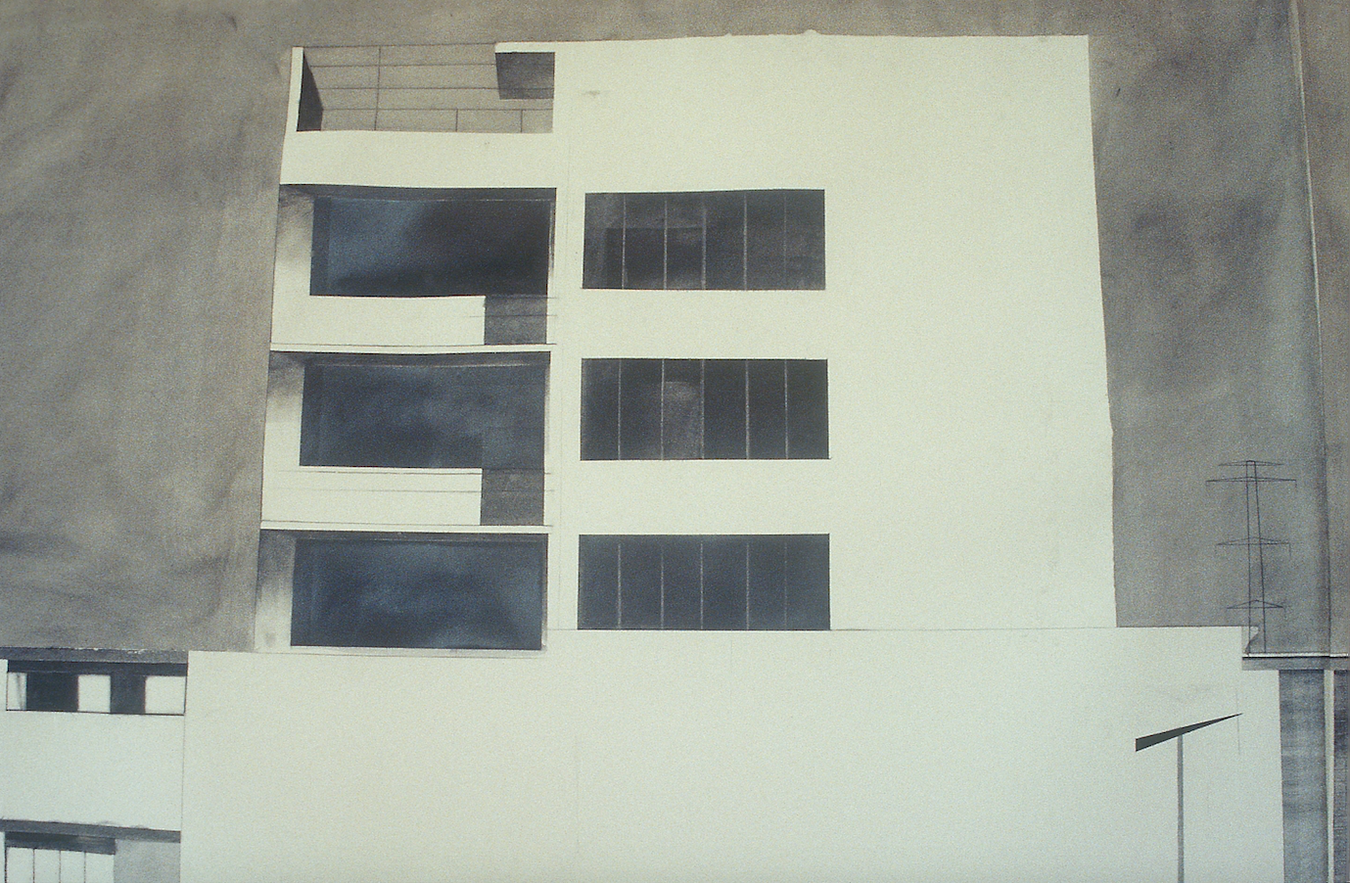 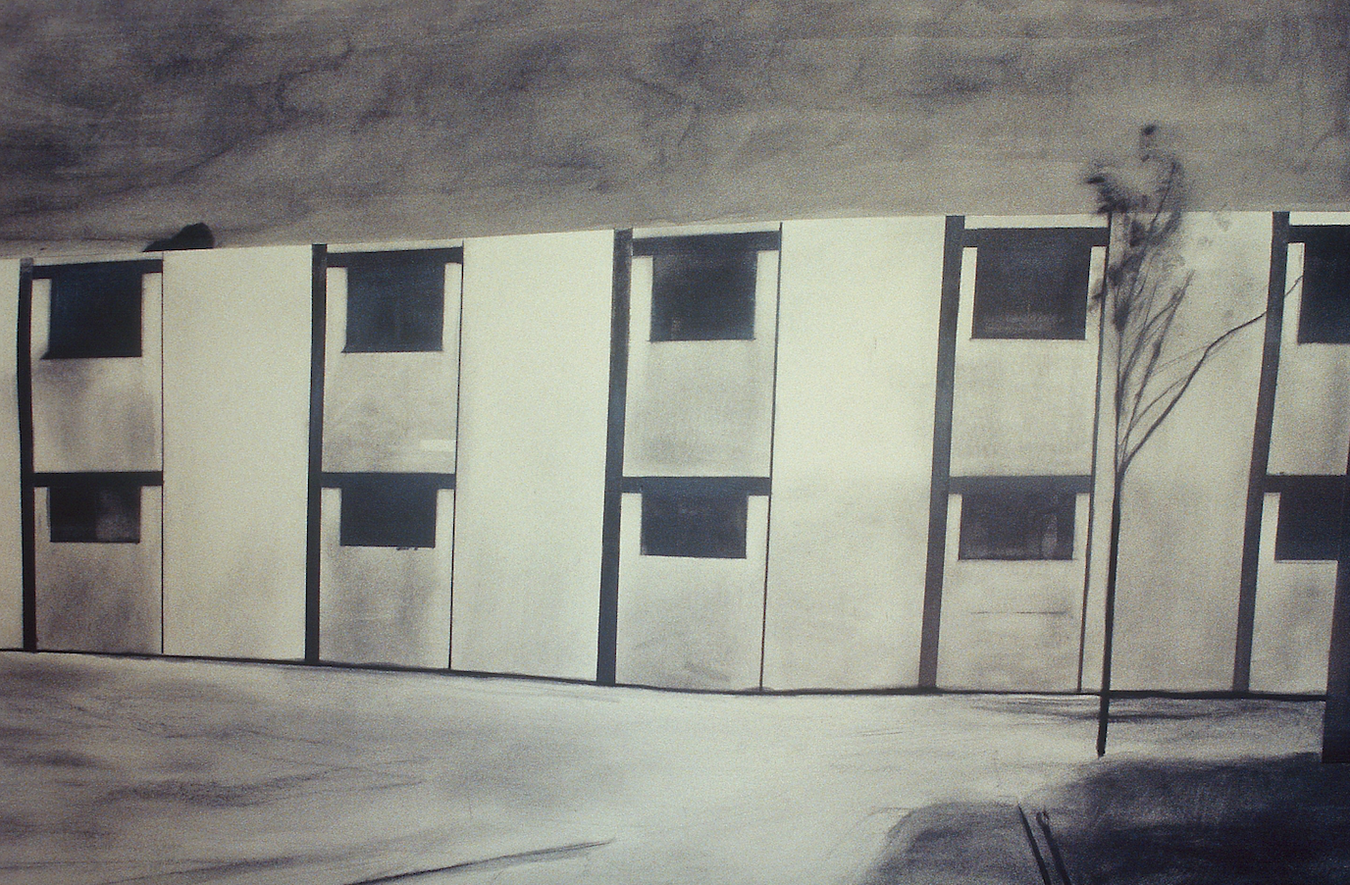 Buildings mark boundaries, dividing space into regions of order; islands of homogeneity floating in heterogeneous seas. They can also become symbols of social cohesion, architecture as rationality, particularly in times of political and urban disruption.

Creating large scale process driven works, Shaun Oughton references urban architectural environments that reflect a global preoccupation with security and social cohesion. Aspects of inclusion and exclusion as we know are part of the very nature of any society, and Oughton attempts to expose these surgical measures as acts of temporary embellishment.

Often executed directly on the walls of a space, his graphite drawings of stark urban environments evoke sites of absence. Oughton's carefully rendered constructions become a part of the architecture of their given space, programming their own disappearance.