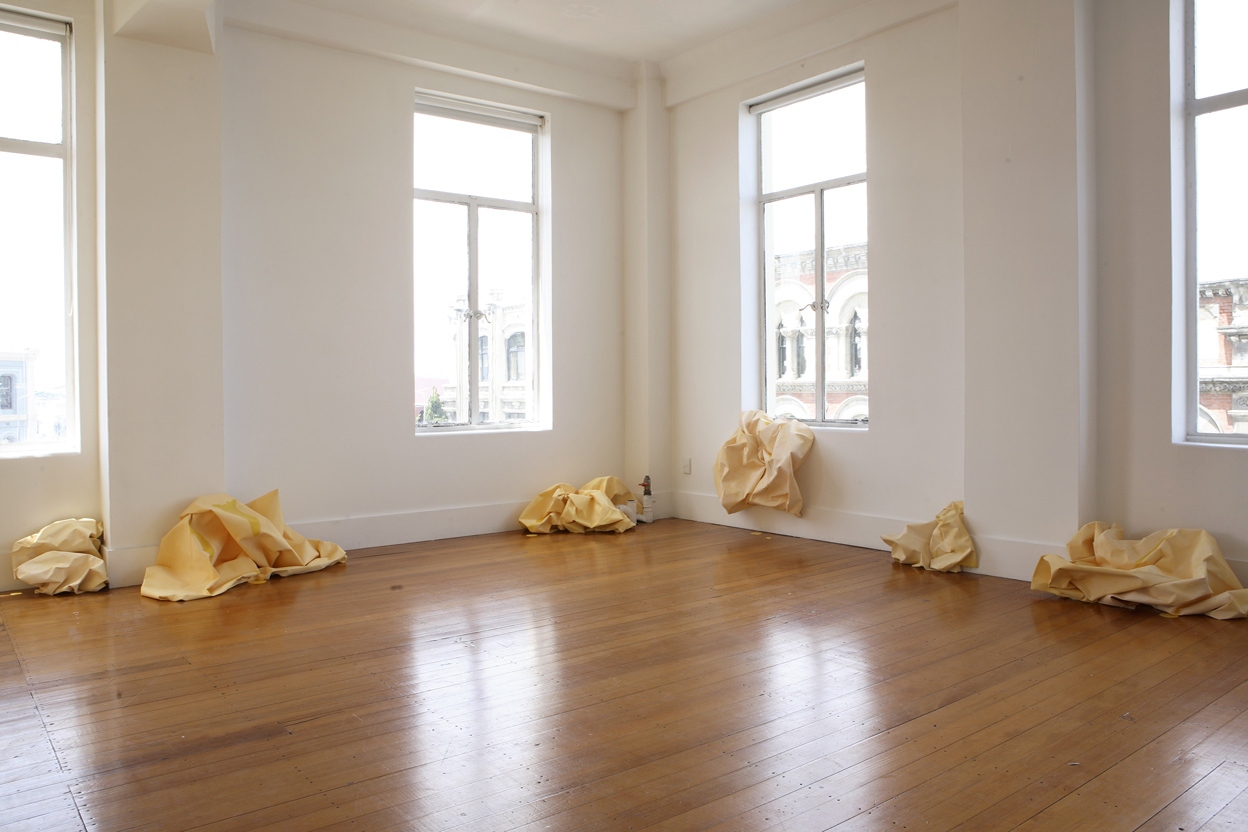 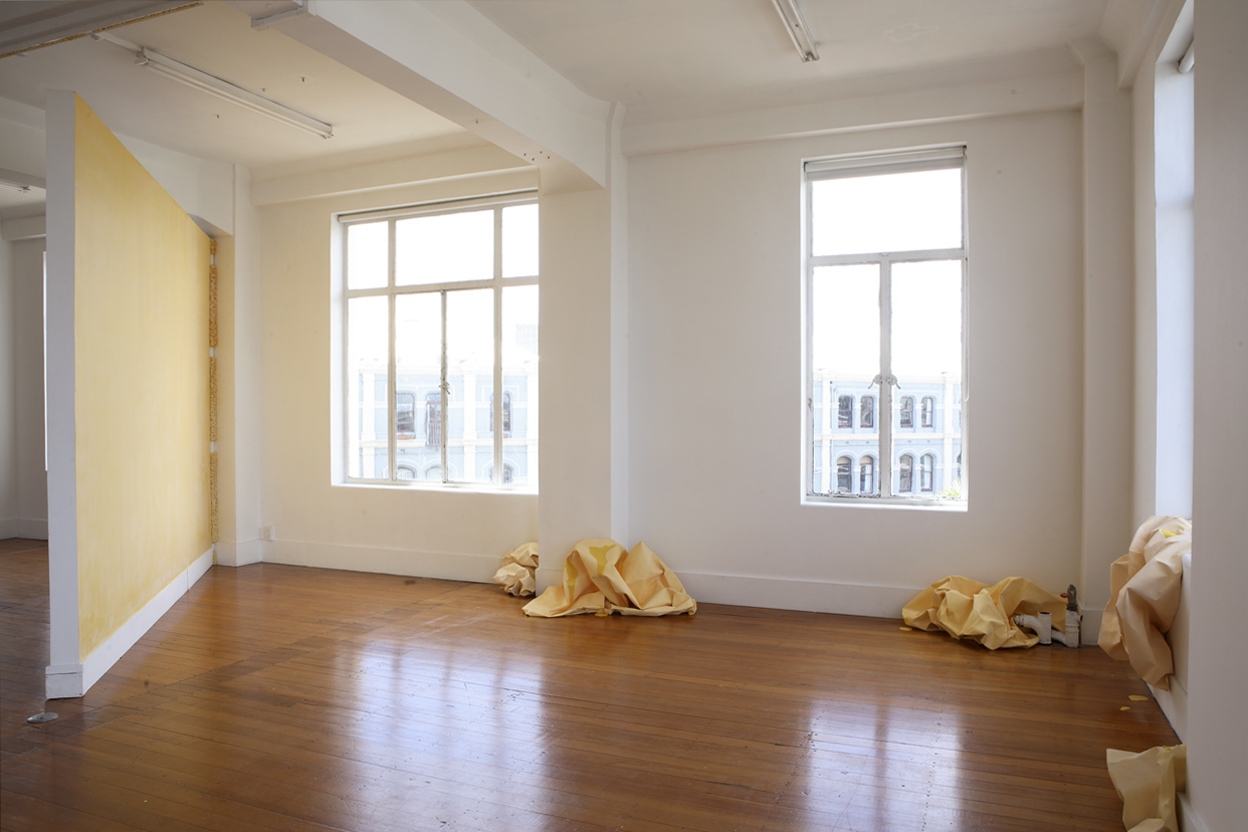 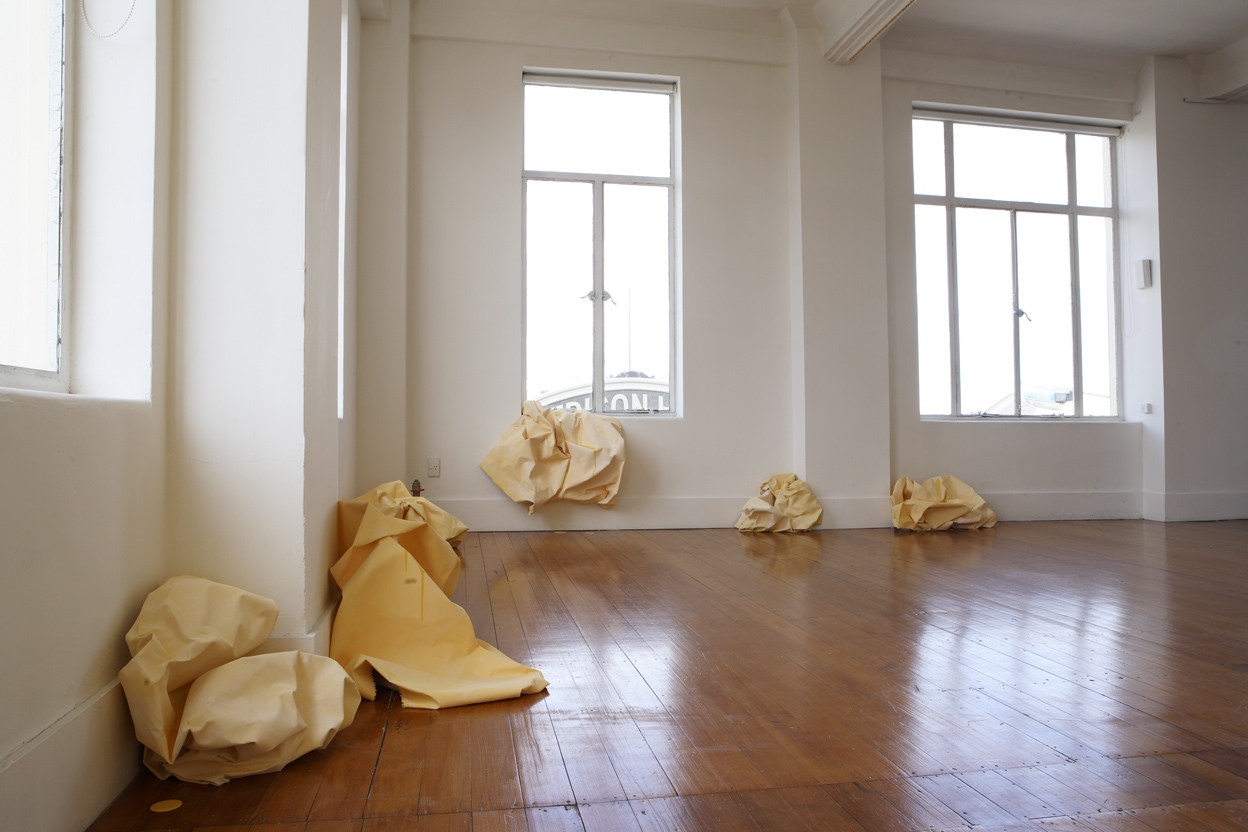 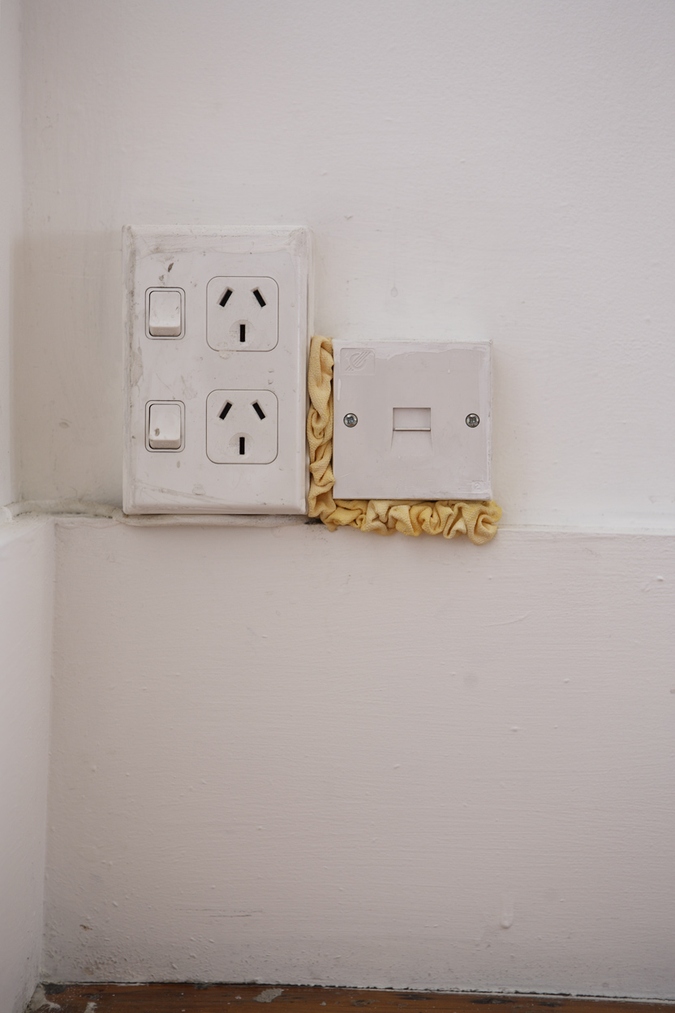 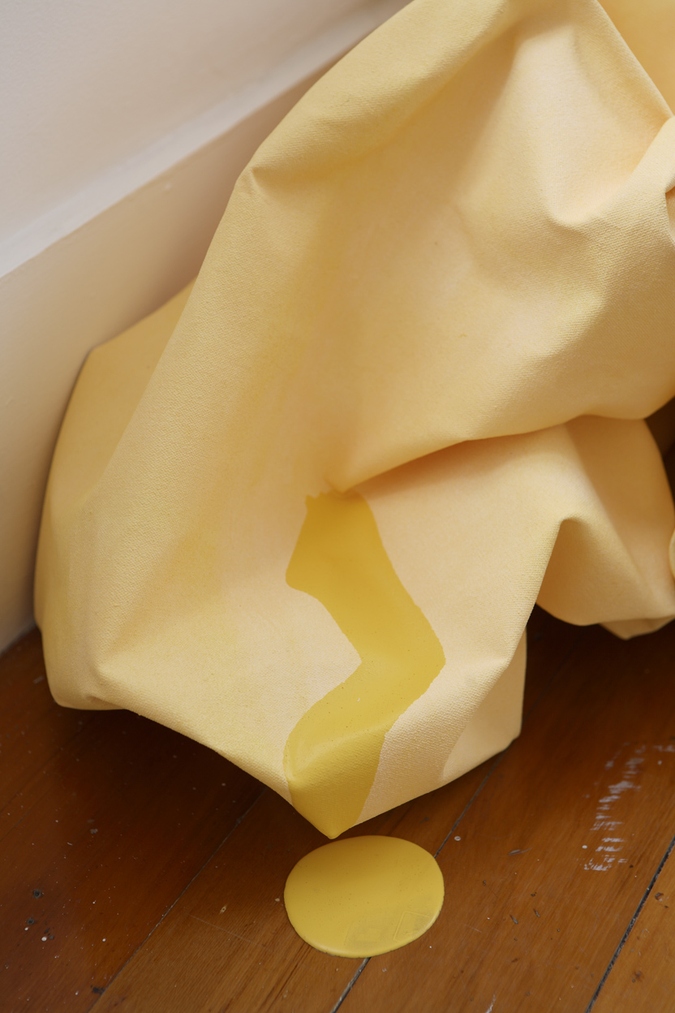 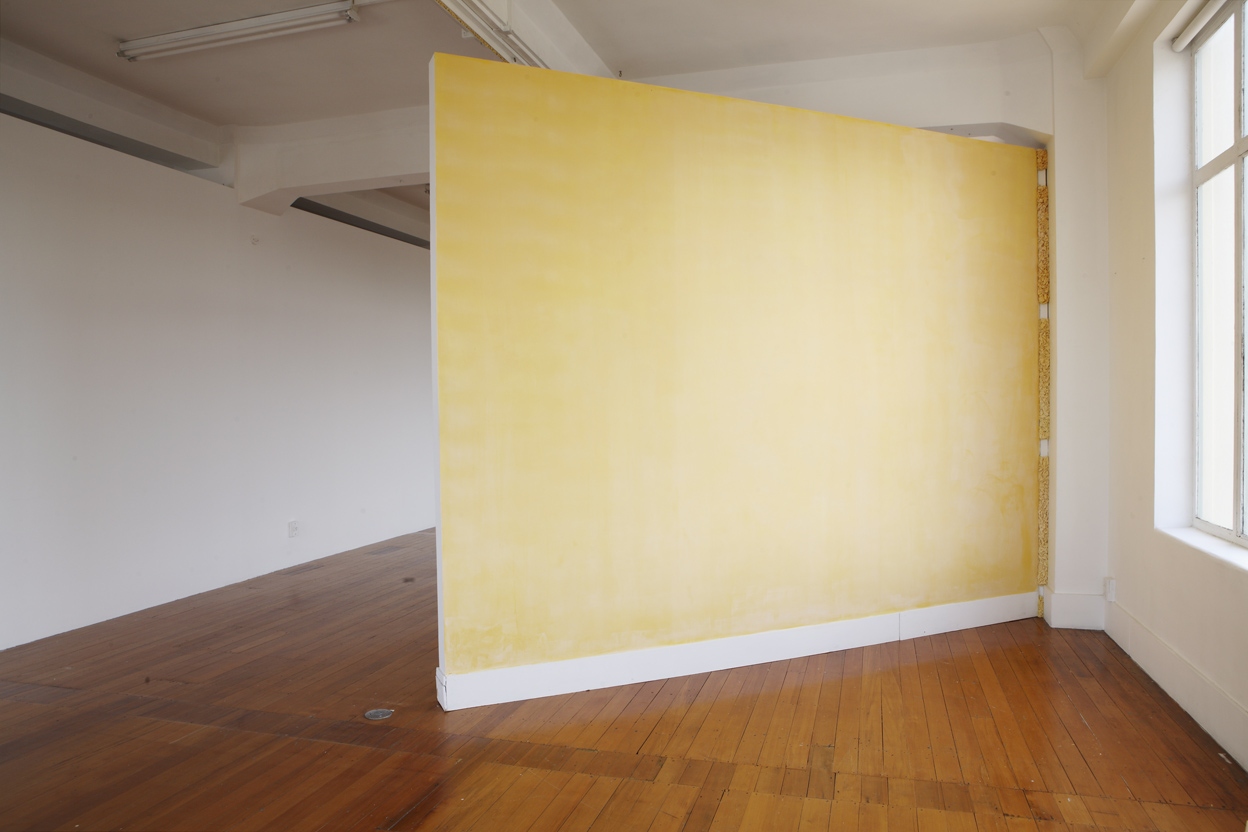 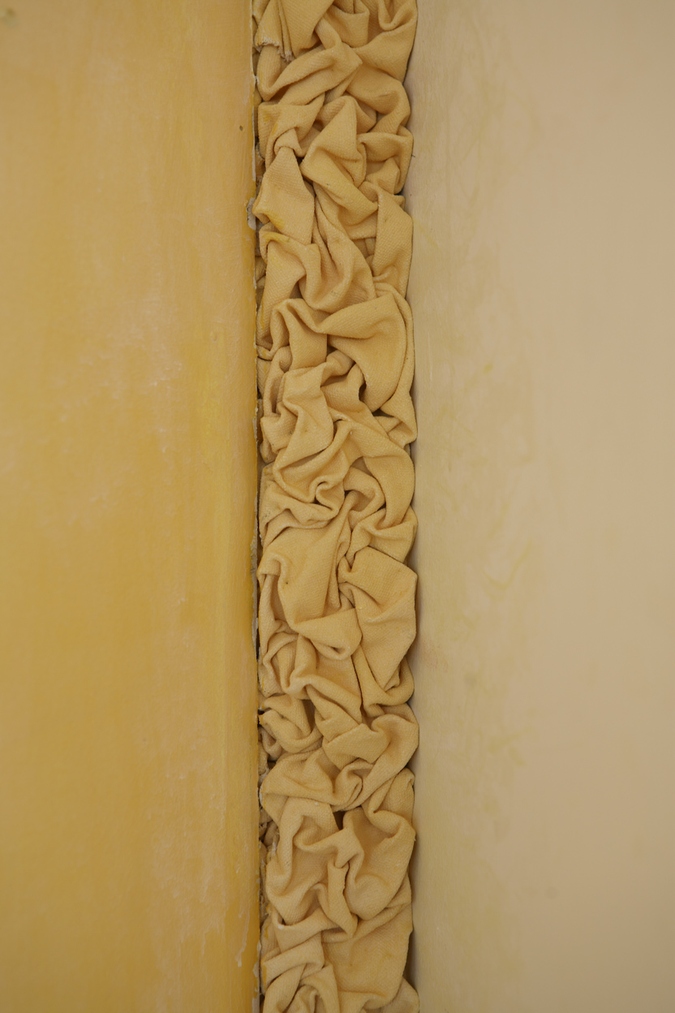 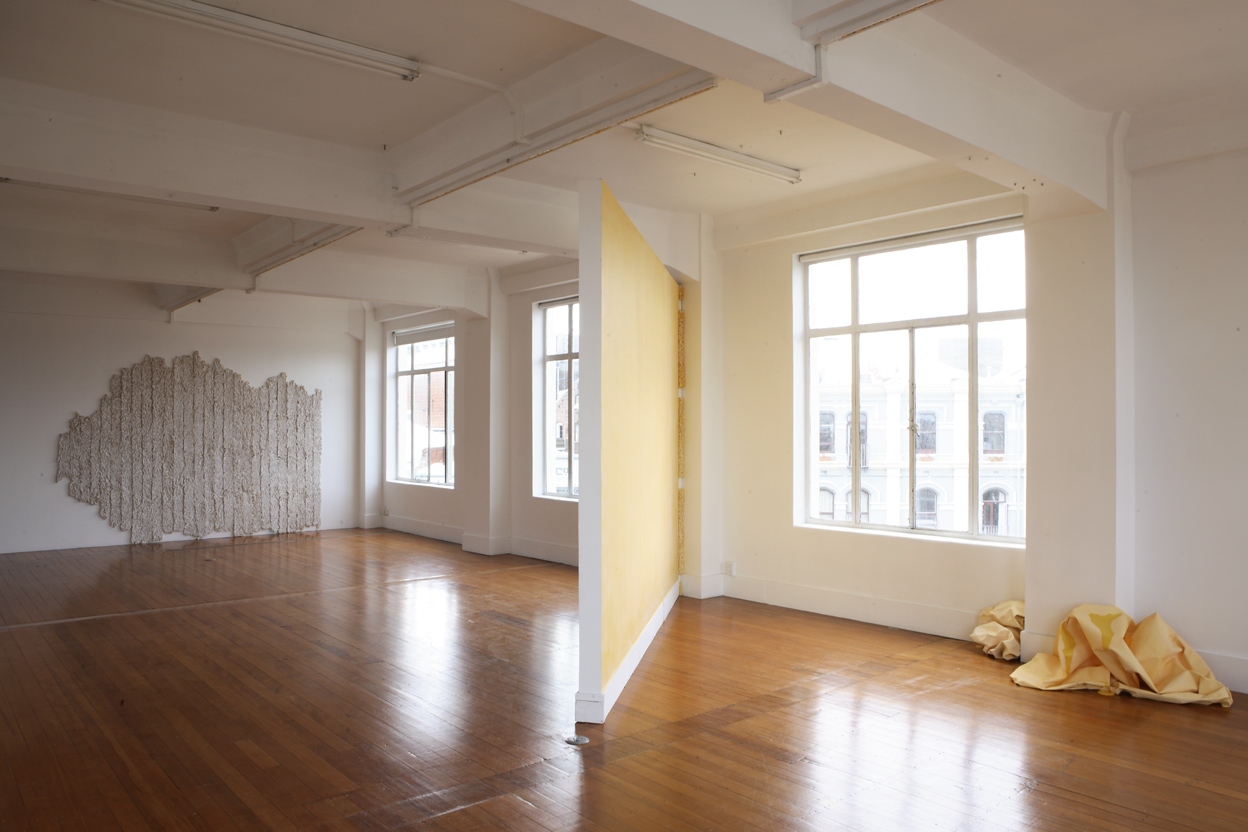 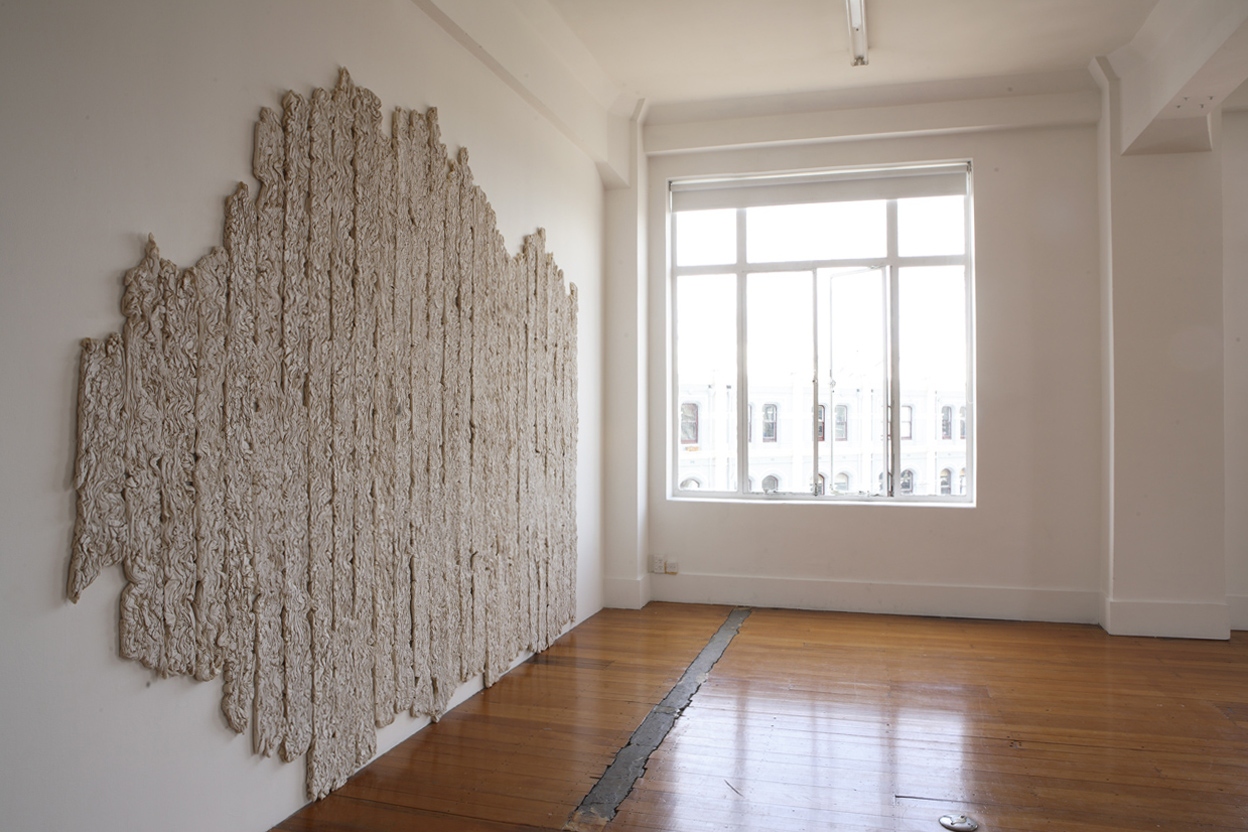 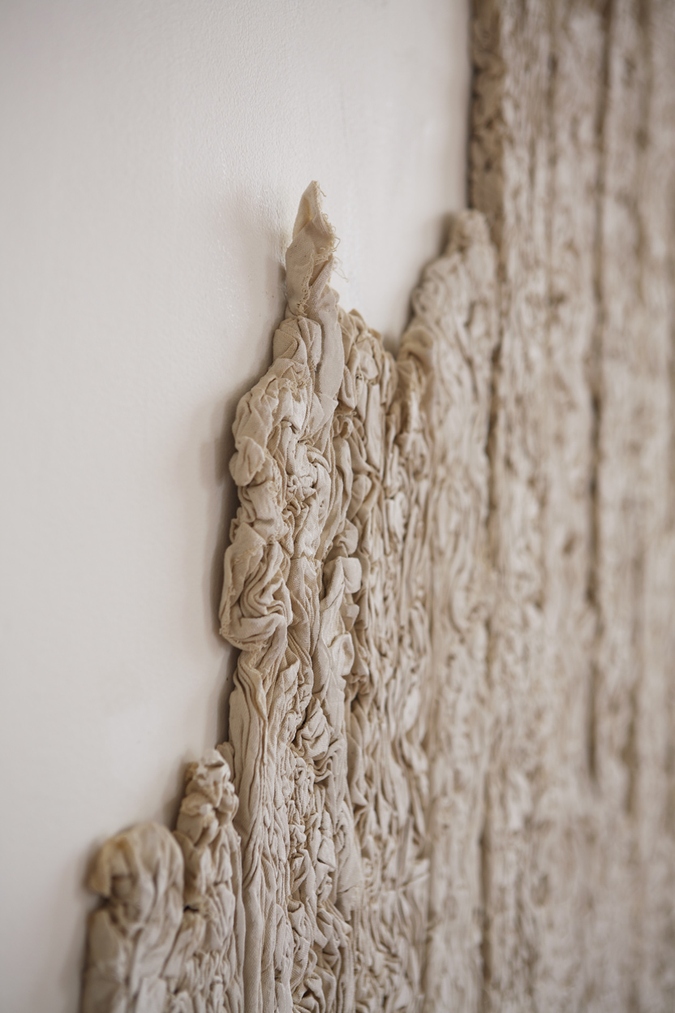 Exploring the physical construction of painting, BASIS continues Emma Fitts’ investigation into the materials and processes of the medium and builds upon the use of new processes to create new experiences of painting. Canvas, paint and frame, which in this case is the gallery itself, are all put to work as BASIS investigates painterly constructions and the specific parameters of the room that they are placed in. Here Fitts challenges the medium and poses new questions about painting’s efficacy and the constructed environment that it necessarily exists within.

Fitts has employed a new process of image and object making to create the site-specific two and three-dimensional objects, restricting materials and using processes that both relinquish and embody control in order to create a platform for discovery. Canvas has been compacted into sculptural forms using the gallery as its frame as the works form their own abstractions through the compression process. Fitts also presents sections pressed up against walls, stuffed into and bent around corners which draws the gallery directly into conversation.

During this exhibition the work and the gallery will support each other, as the materials commonly associated with painting are squeezed into the pre-existing environment. Here the gallery and object combine to create the form of the work rather than just the object itself, and in the process explore ideas about framing, image and form within the works’ site-specific locations. Some works also use a compression process as pressed planks of canvas are compacted against themselves to create tight formal wall works. Both of Fitts’ processes employ random outcomes as well as more organised, ideal endpoints but both of these techniques seek to embody an immediate response to the gallery’s architecture.

Emma Fitts will be travelling to Scotland to begin her MFA at Glasgow School of Art in 2009 and completed her BFA in Painting at the University of Canterbury in 2002 before continuing her study at the Christchurch College of Education, graduating in 2006 with a Post Graduate Diploma of Teaching and Learning (Secondary). Fitts currently lives in Wellington, teaches at Wellington East Girls’ College, and has participated in a number of solo and group exhibitions throughout New Zealand. Recent solo exhibitions include: Compressed Space, Enjoy Public Art Gallery, Wellington (2008); Moving Over There, CoCA, Christchurch (2008); The Walls Aren’t Moving, HSP, Christchurch (2007). Recent group exhibitions include: Introducing, Artis Gallery, Auckland (2008); Mr. & Mrs. Pink’s Fabulous Collection, HSP, Christchurch and Blue Oyster, Dunedin (2004).