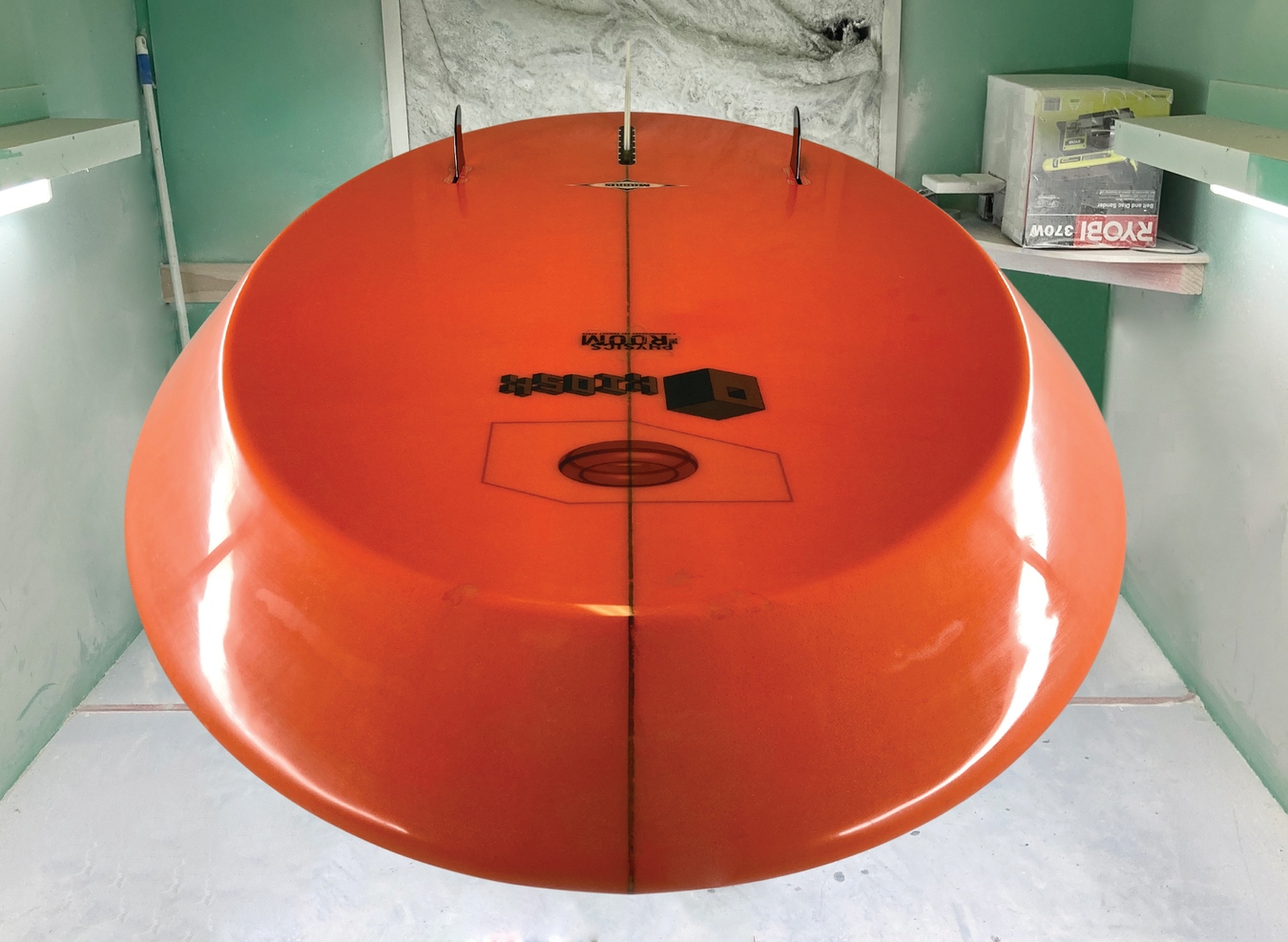 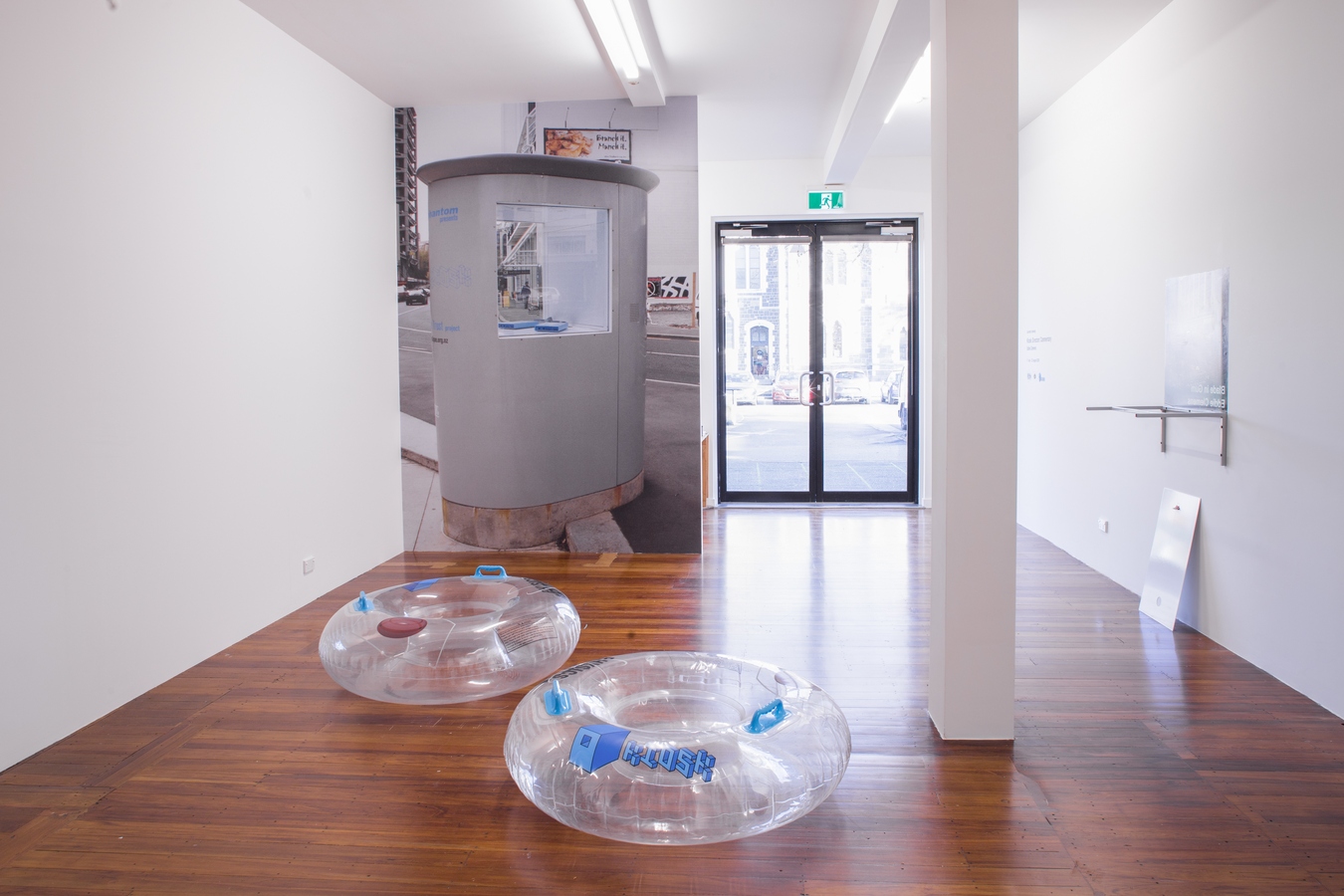 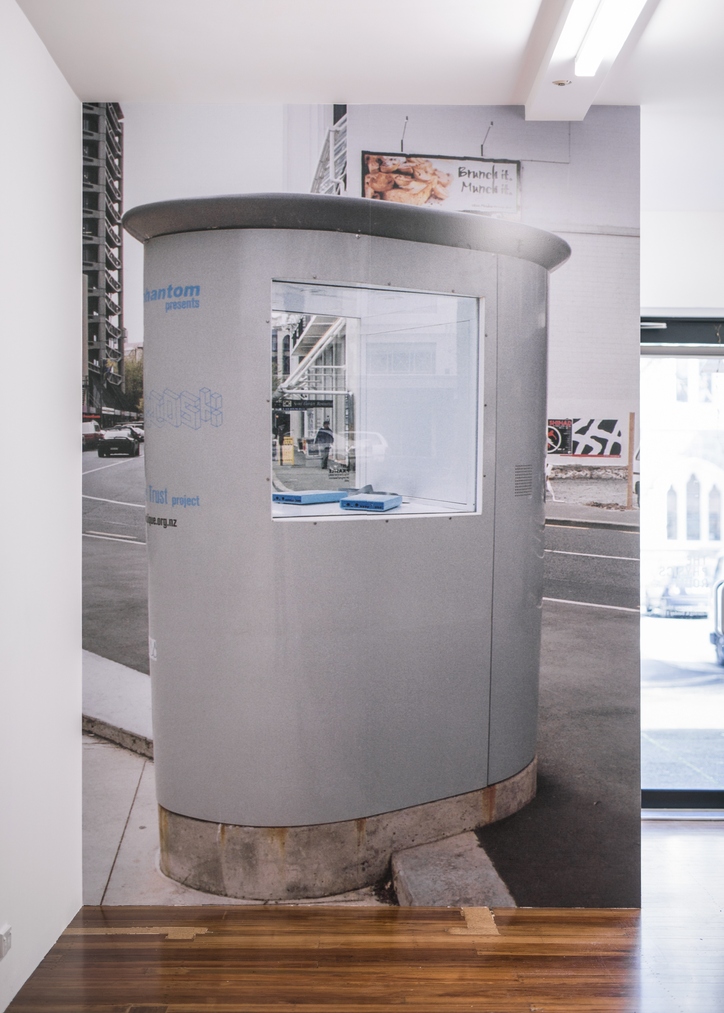 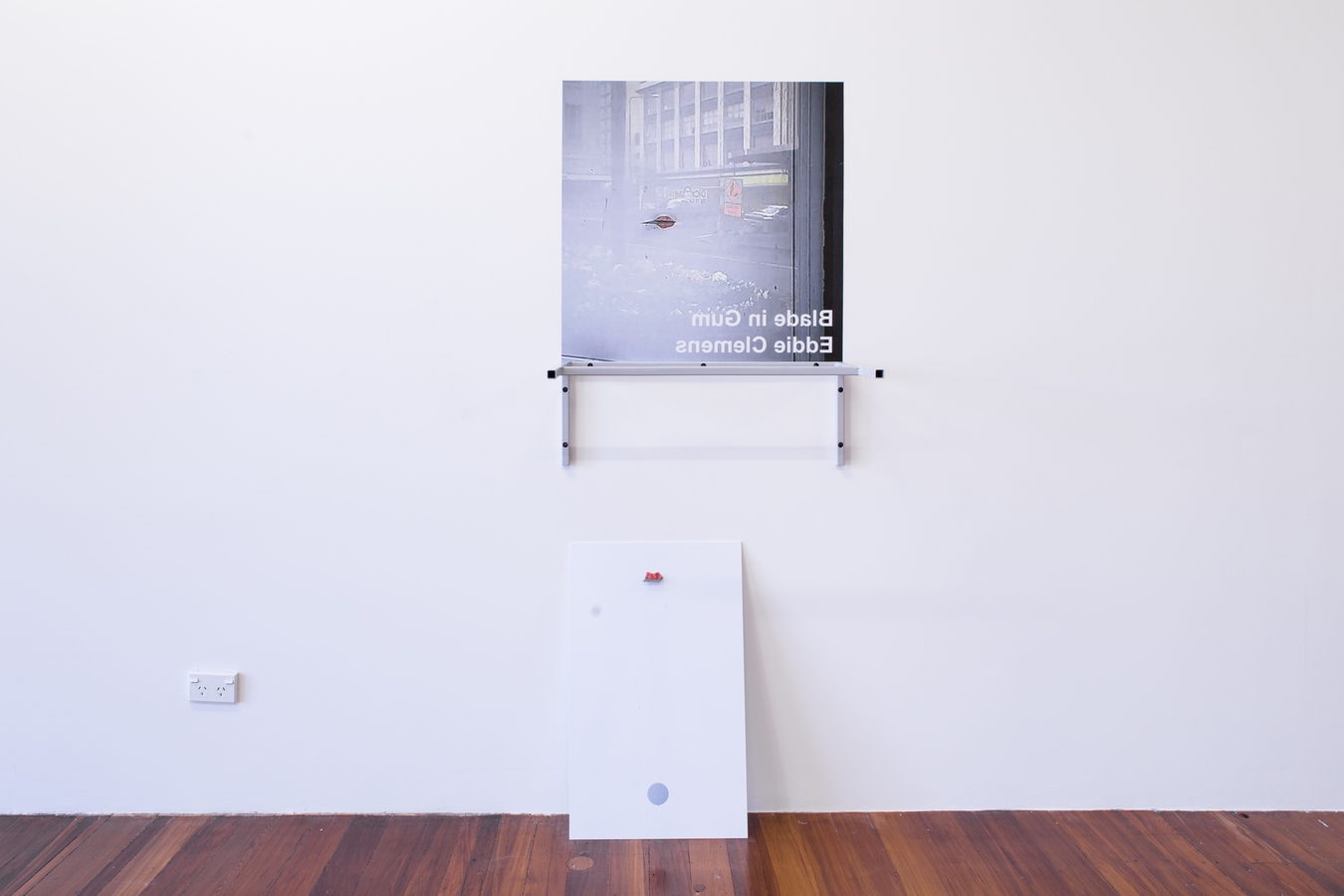 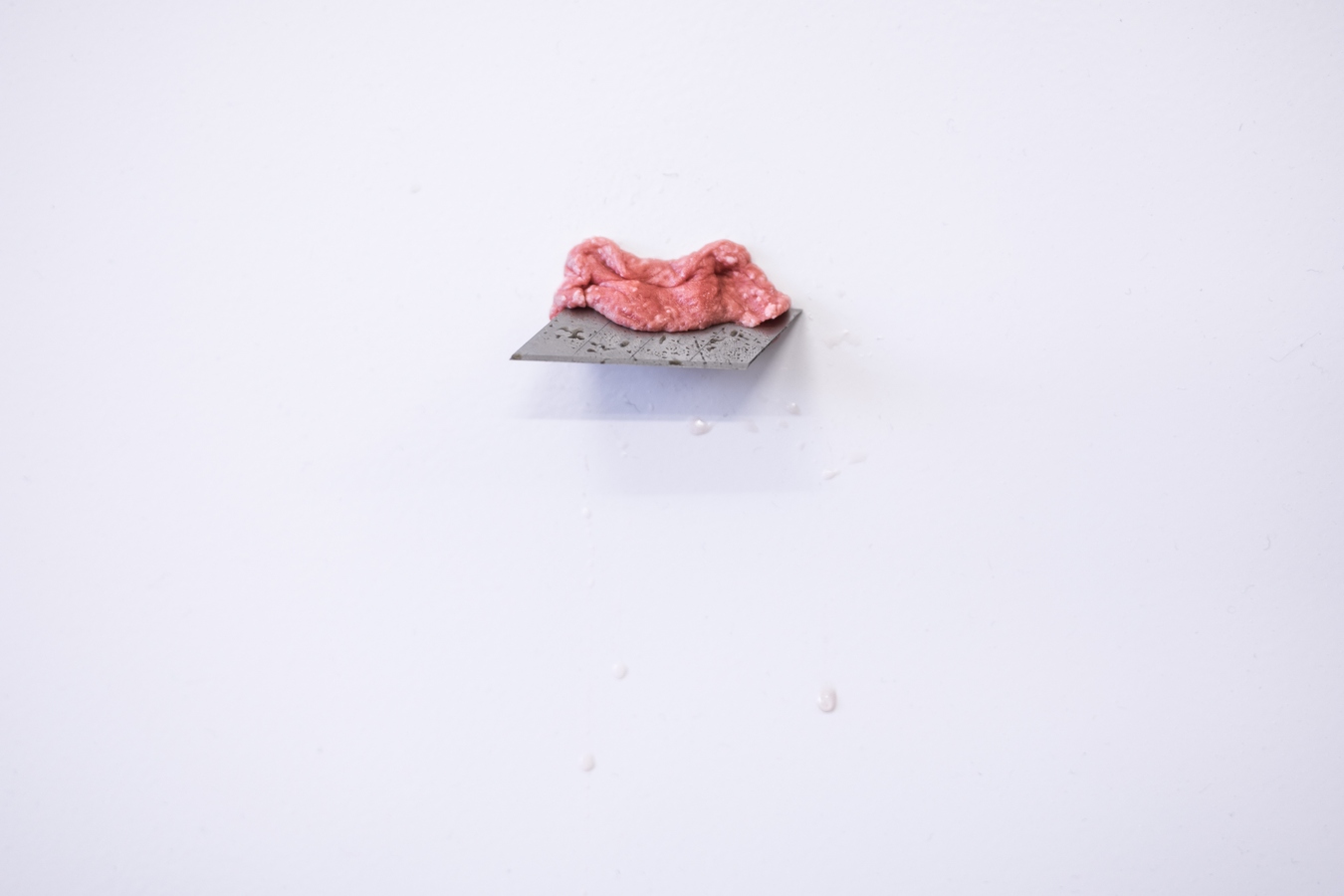 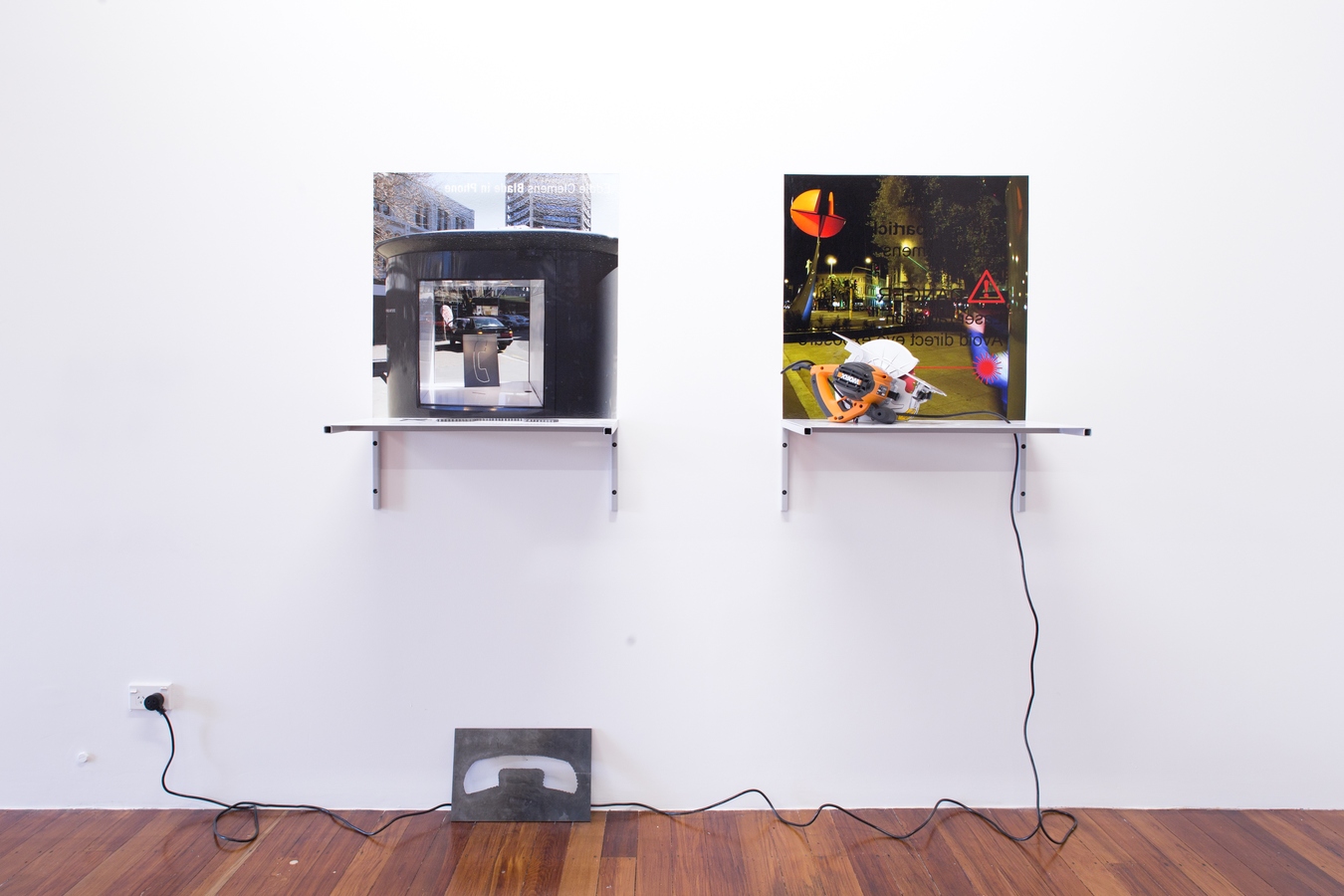 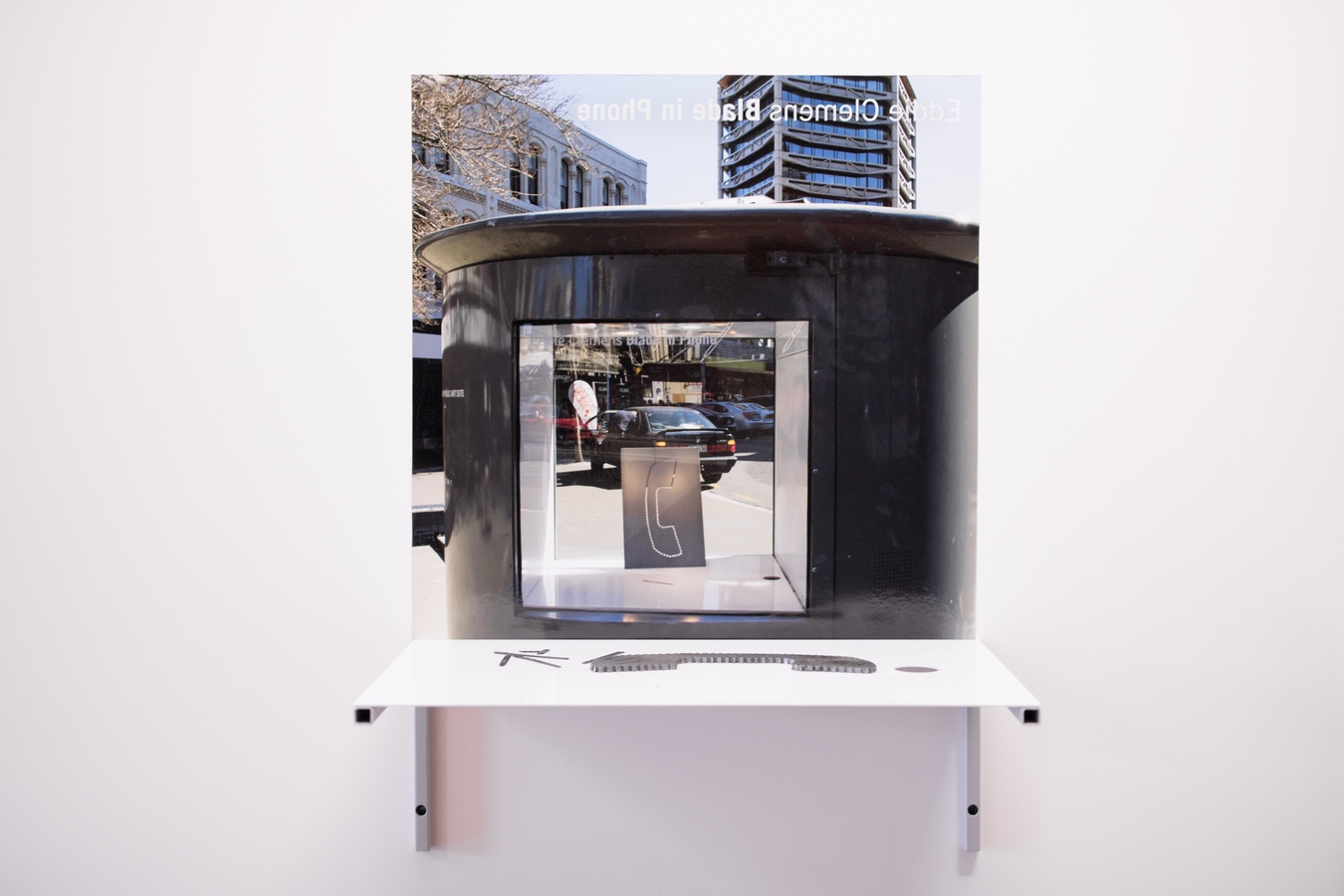 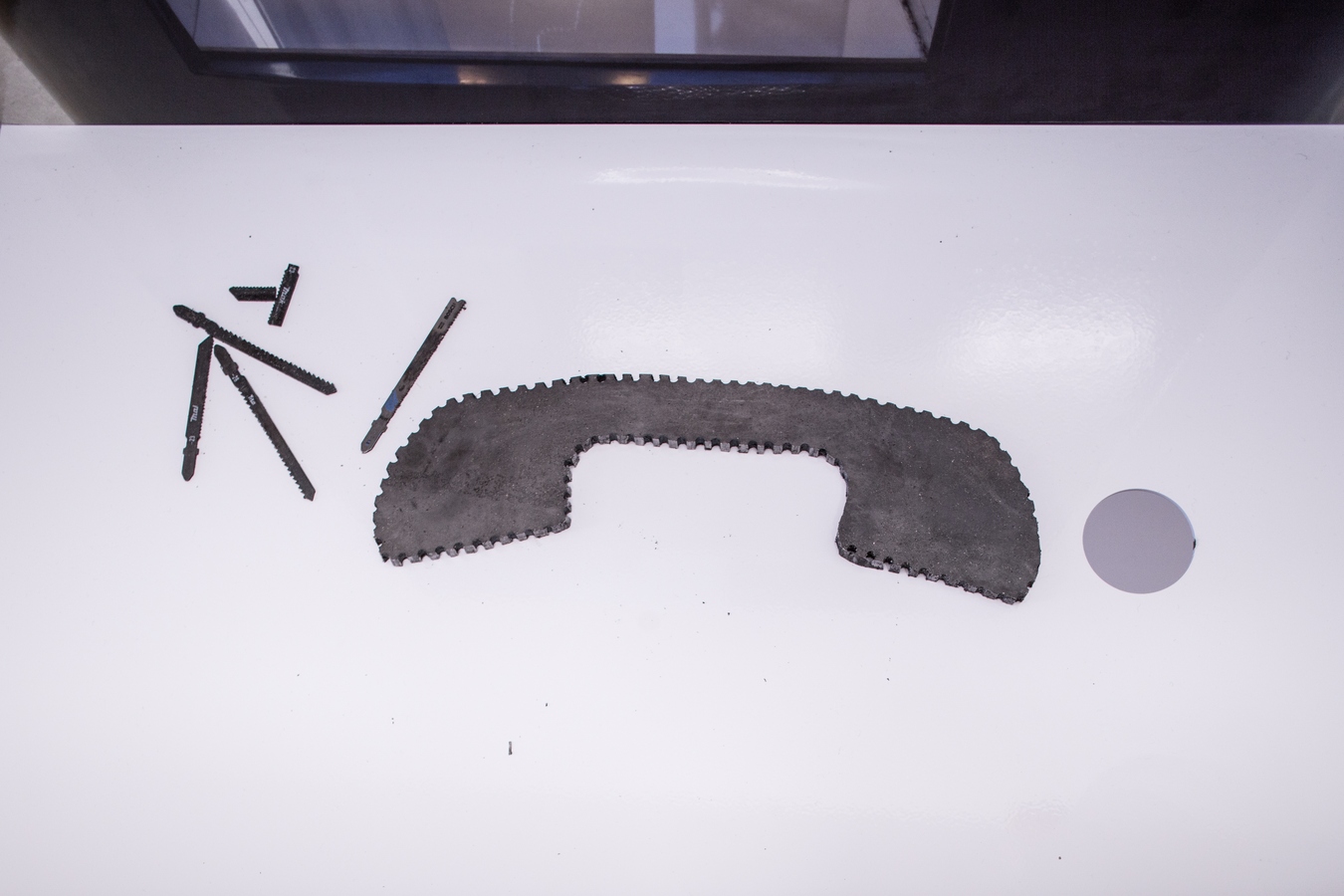 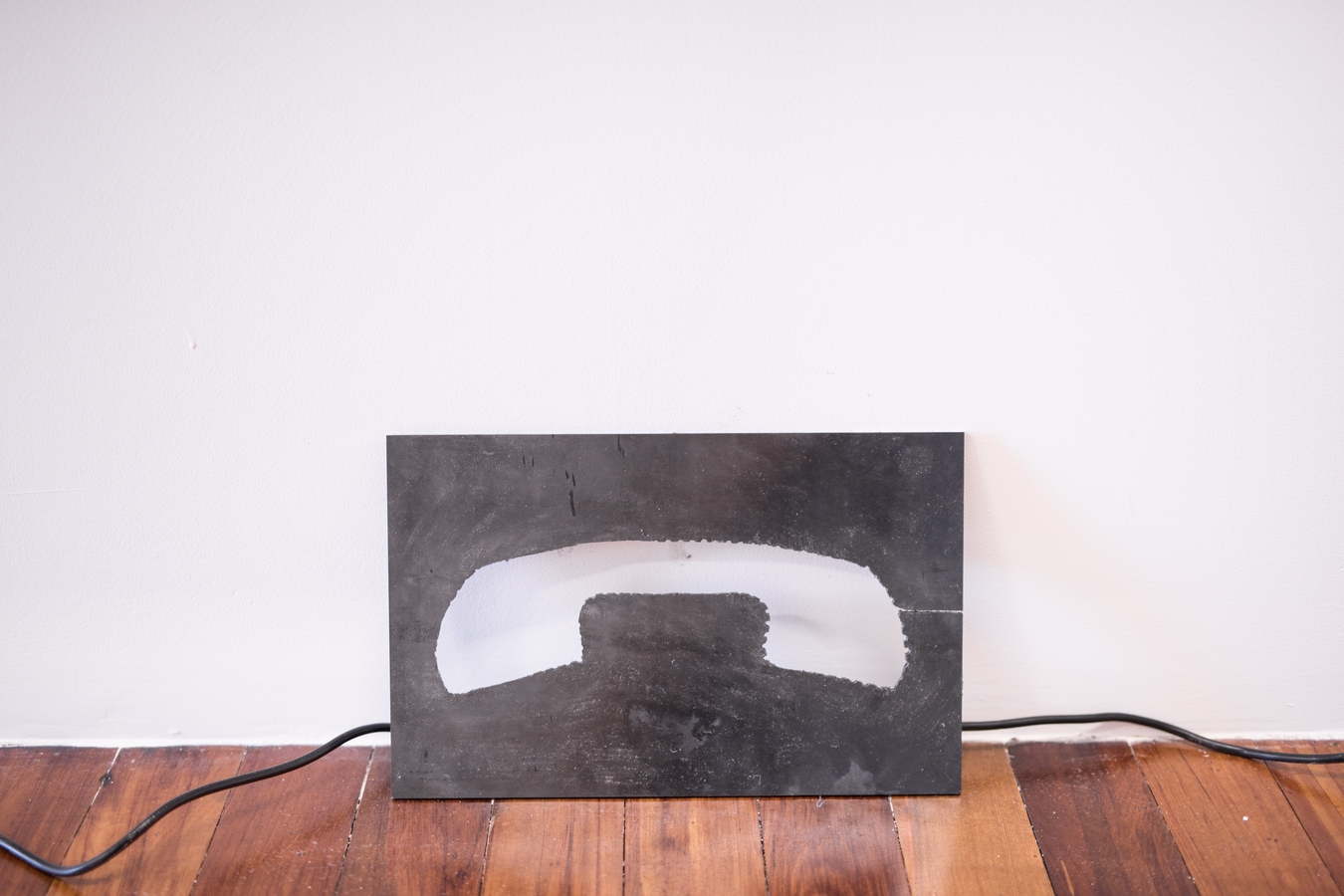 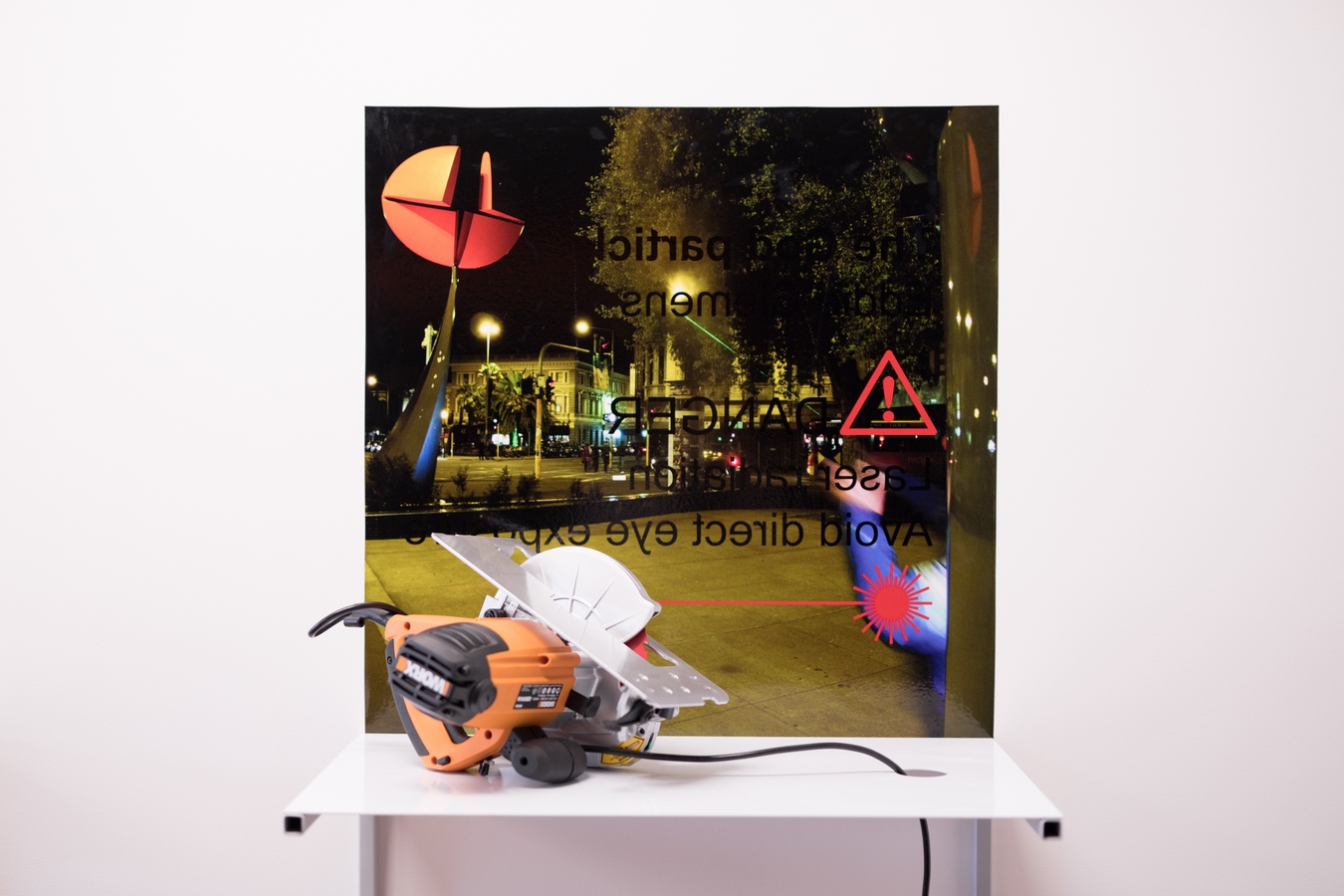 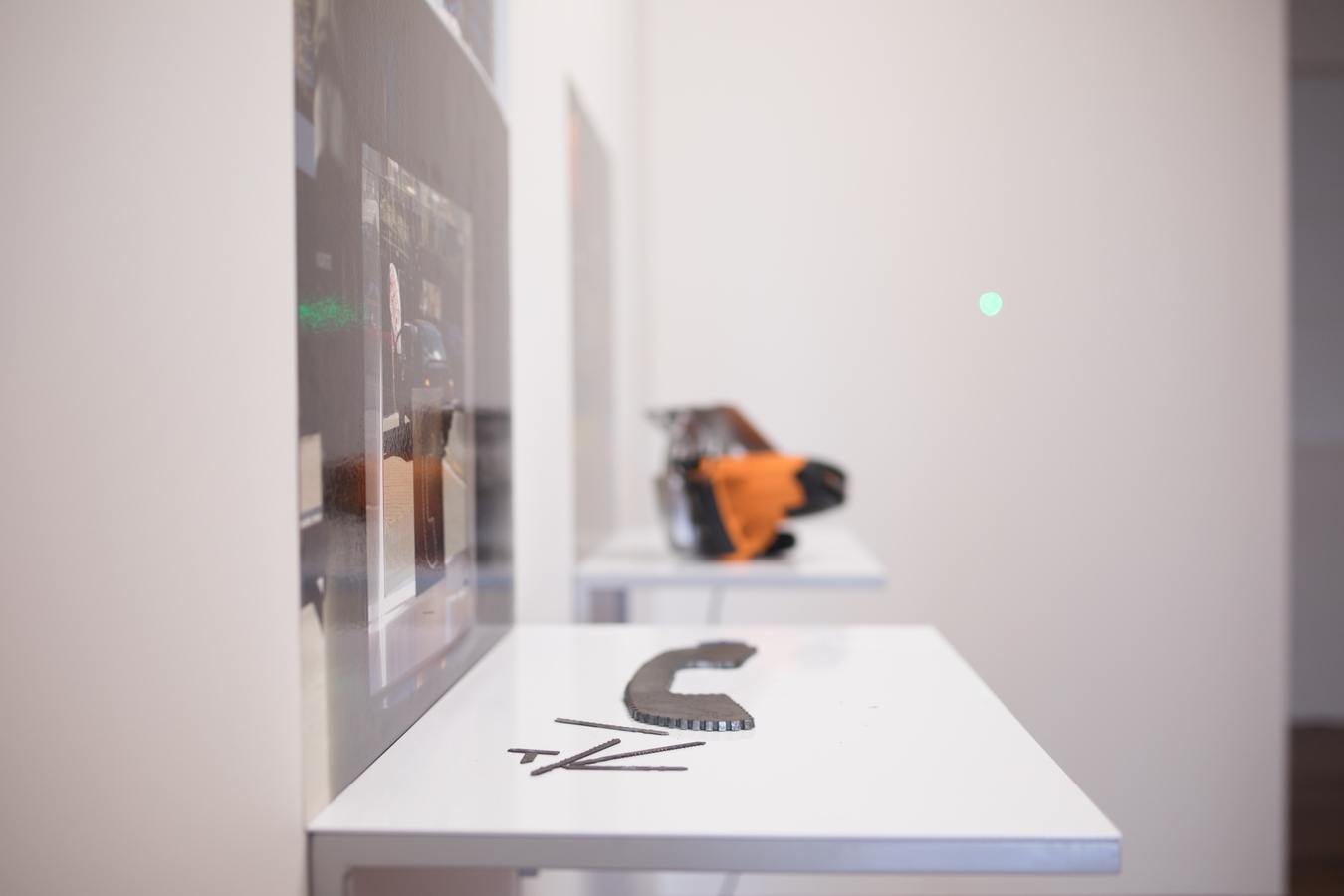 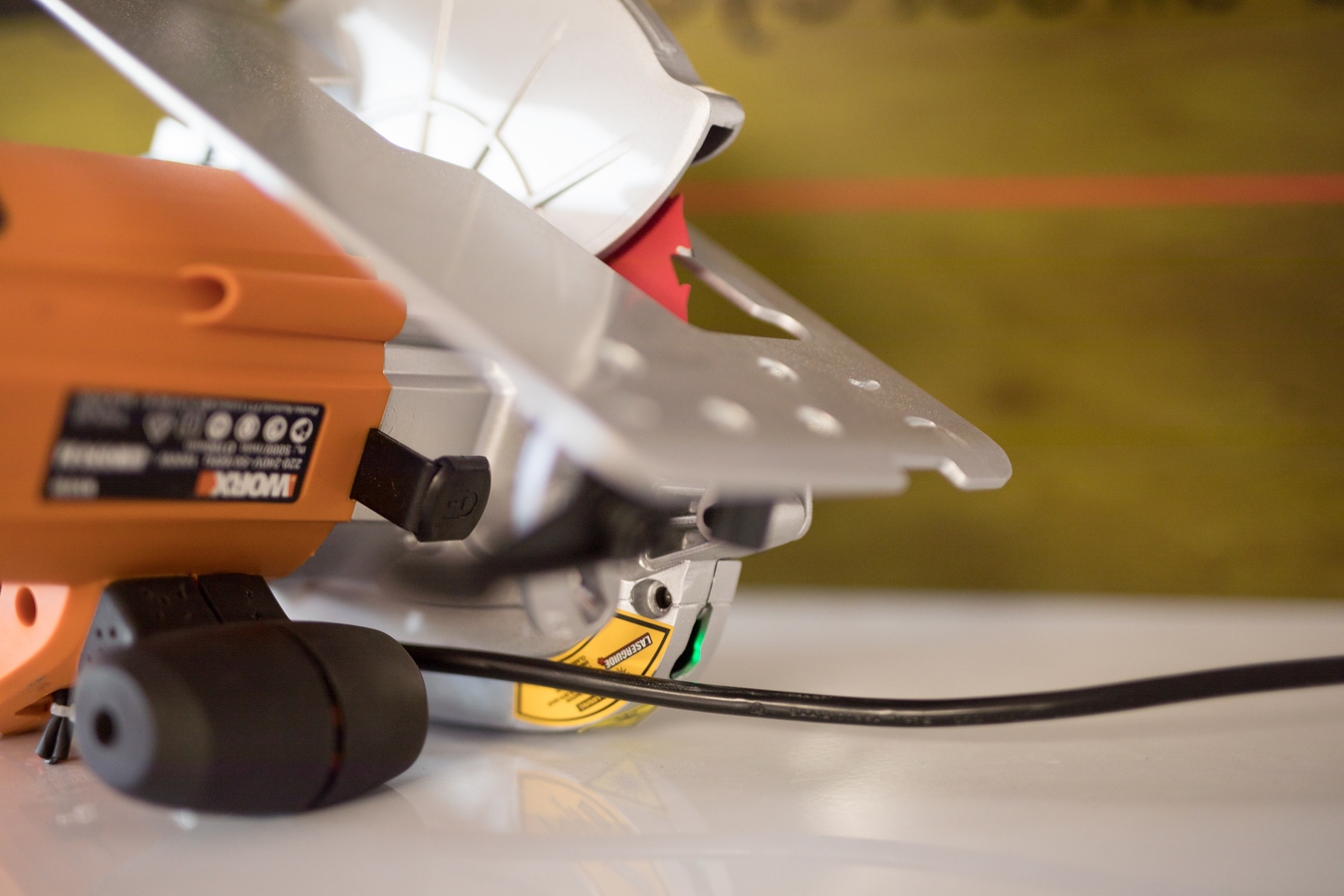 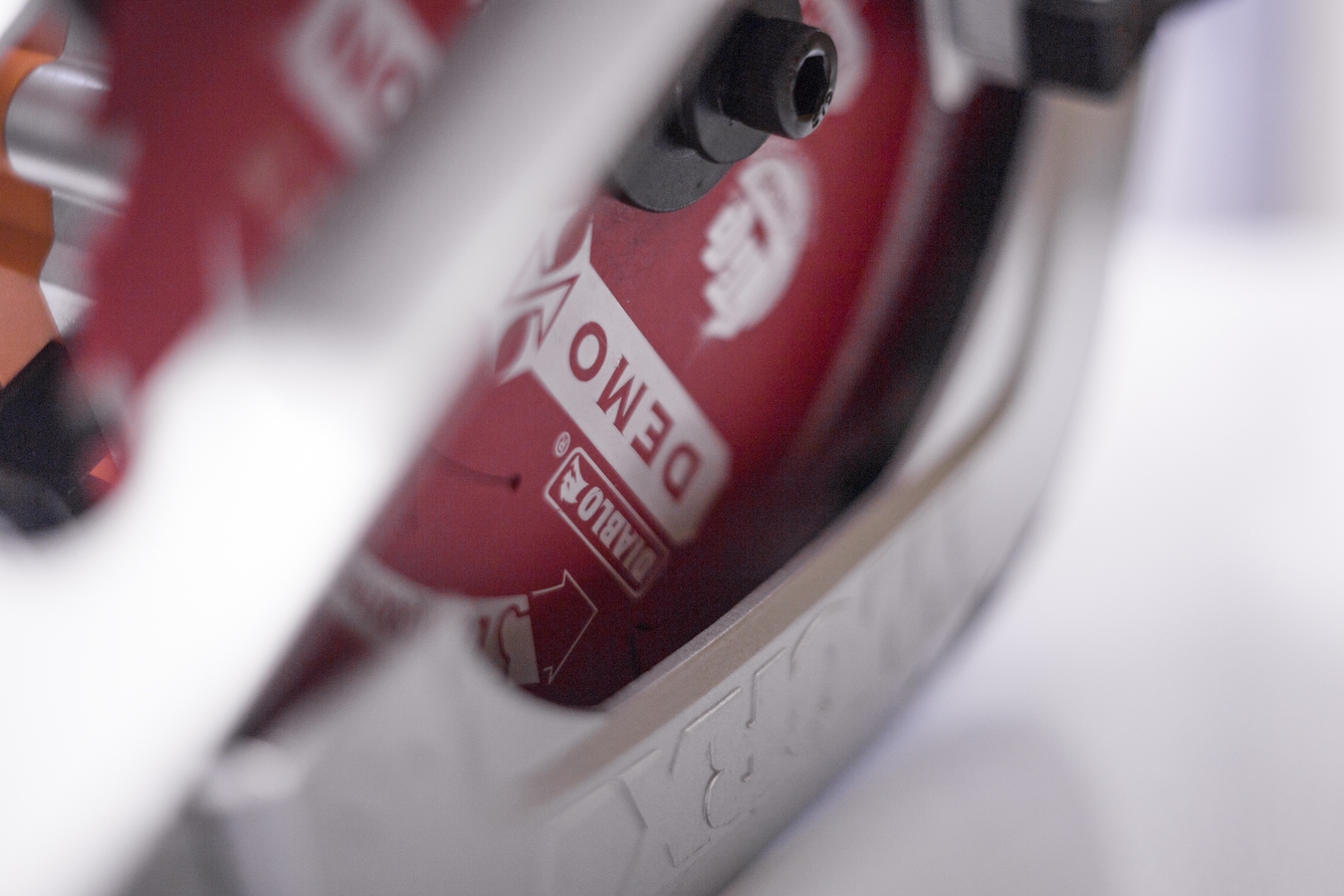 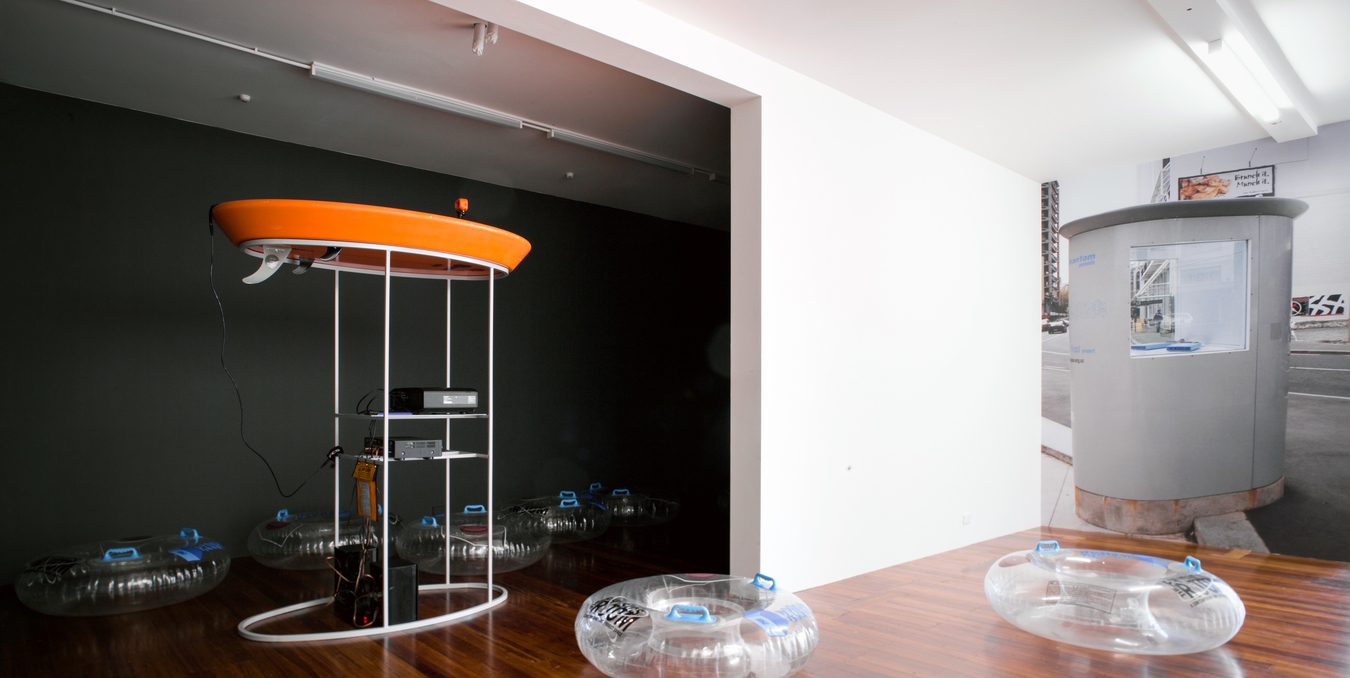 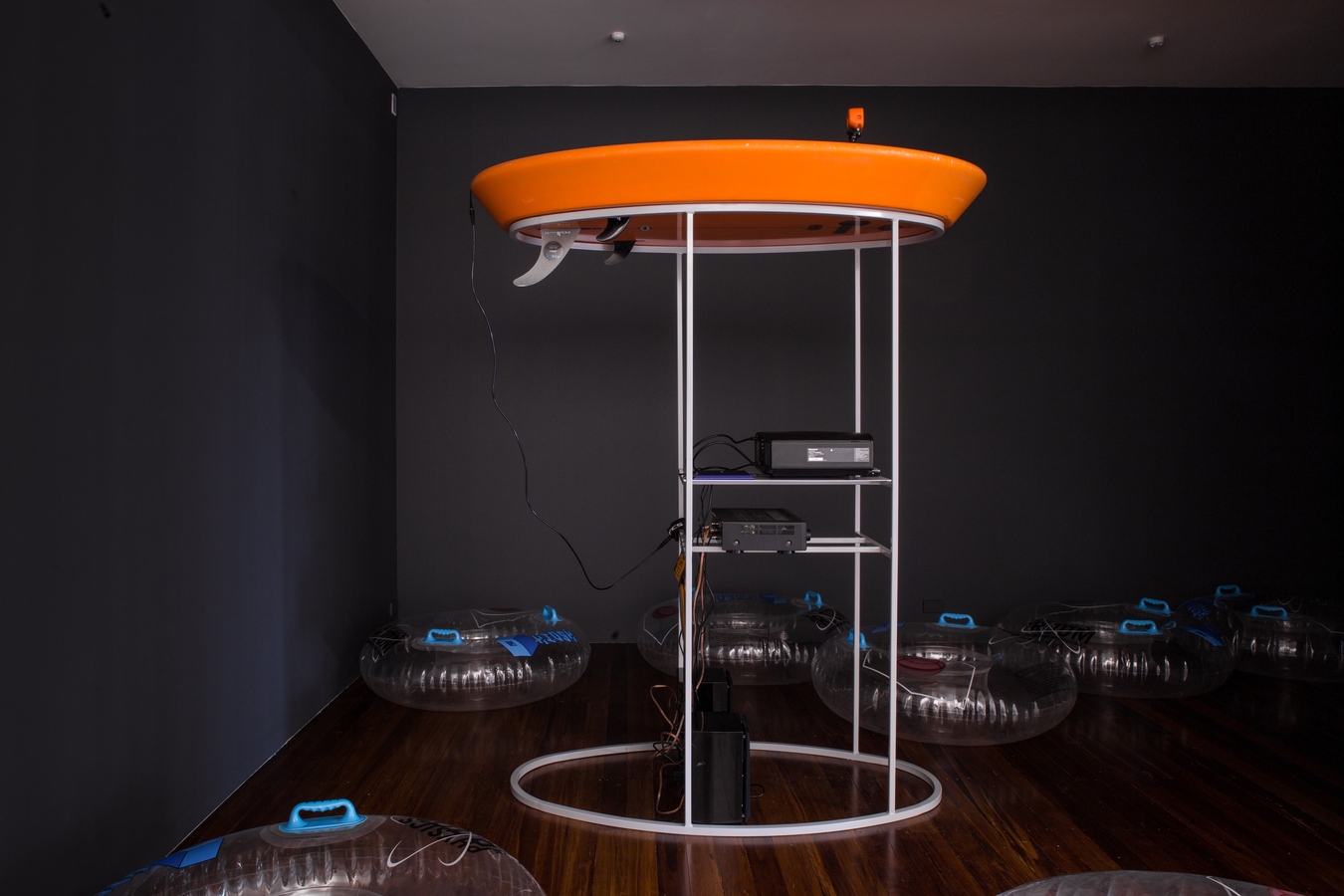 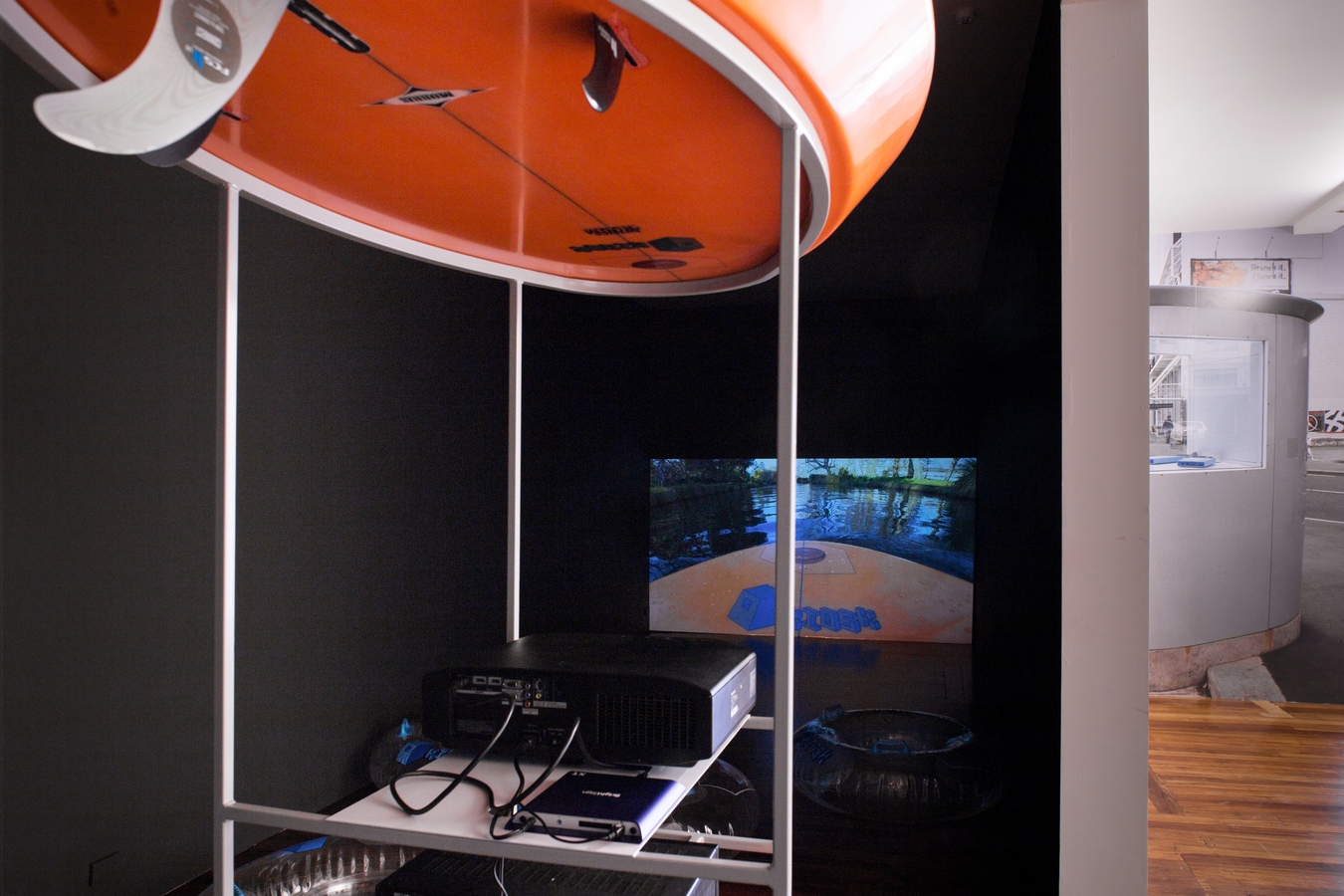 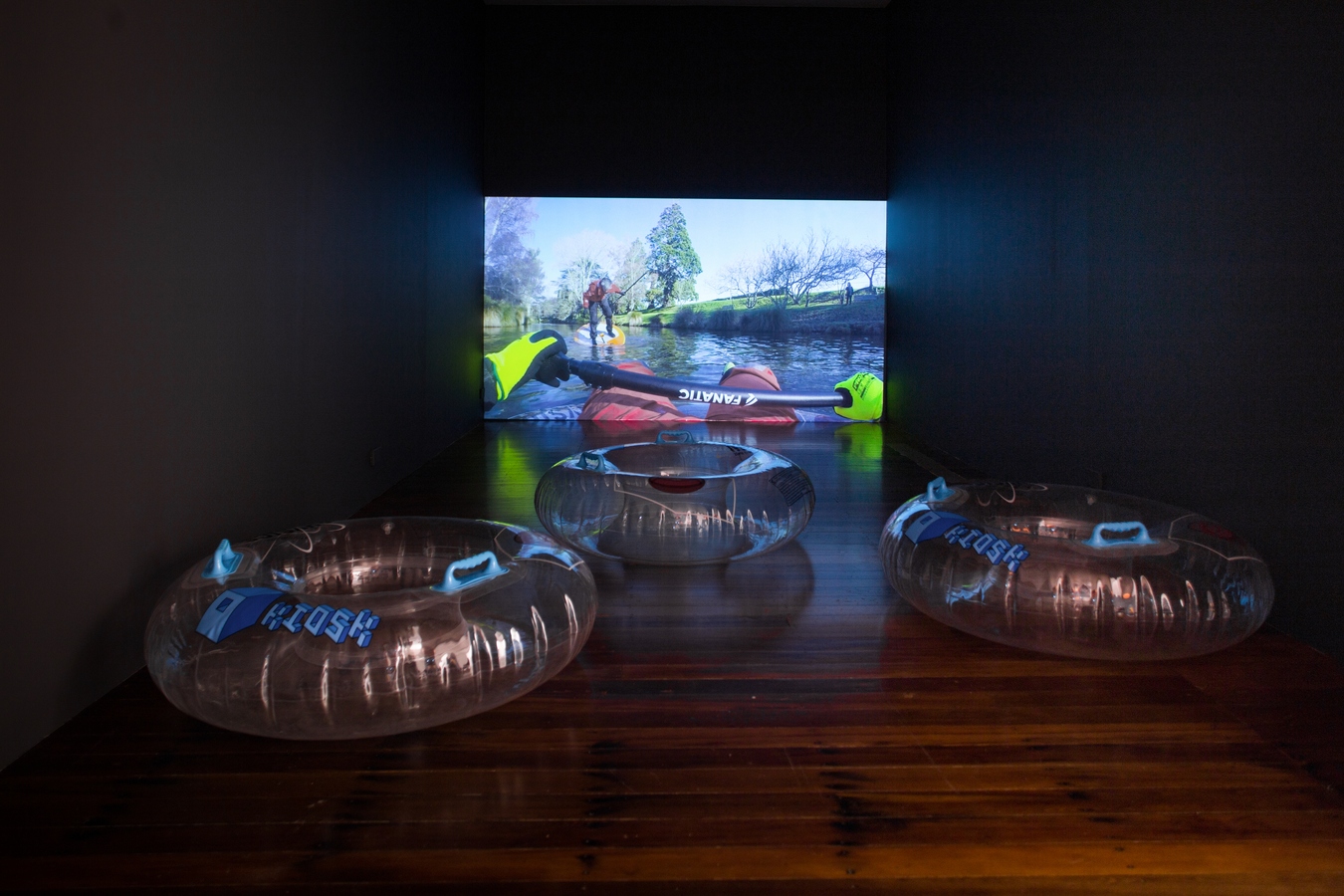 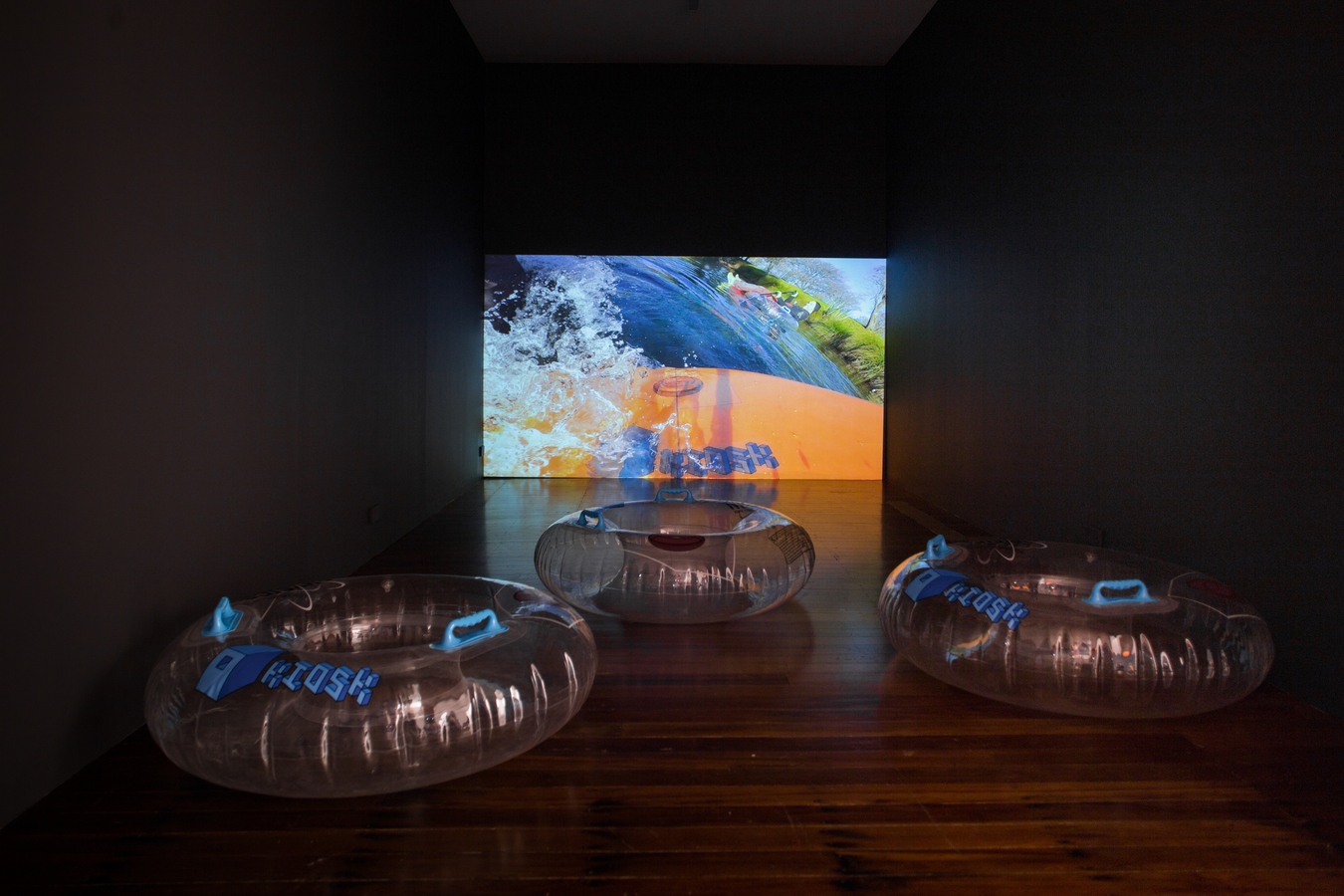 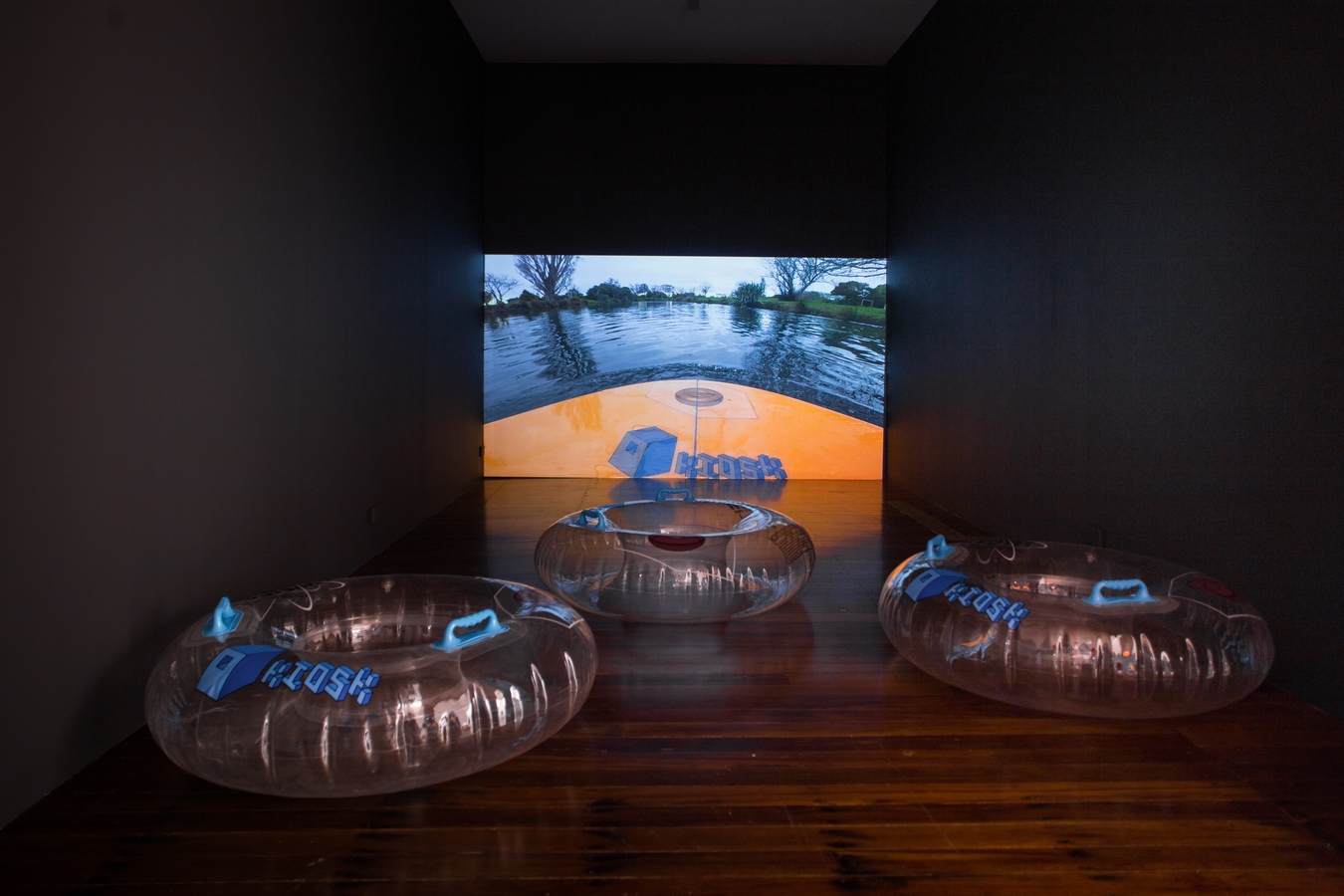 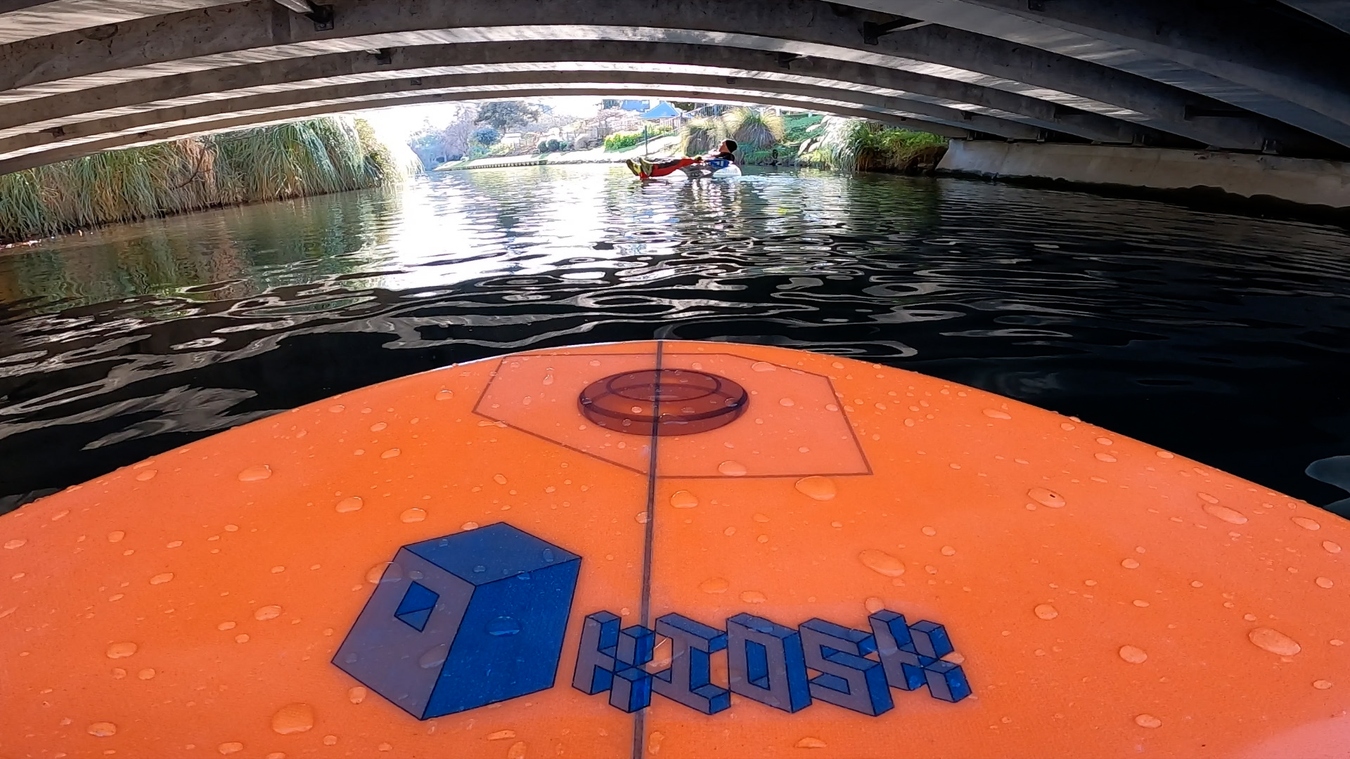 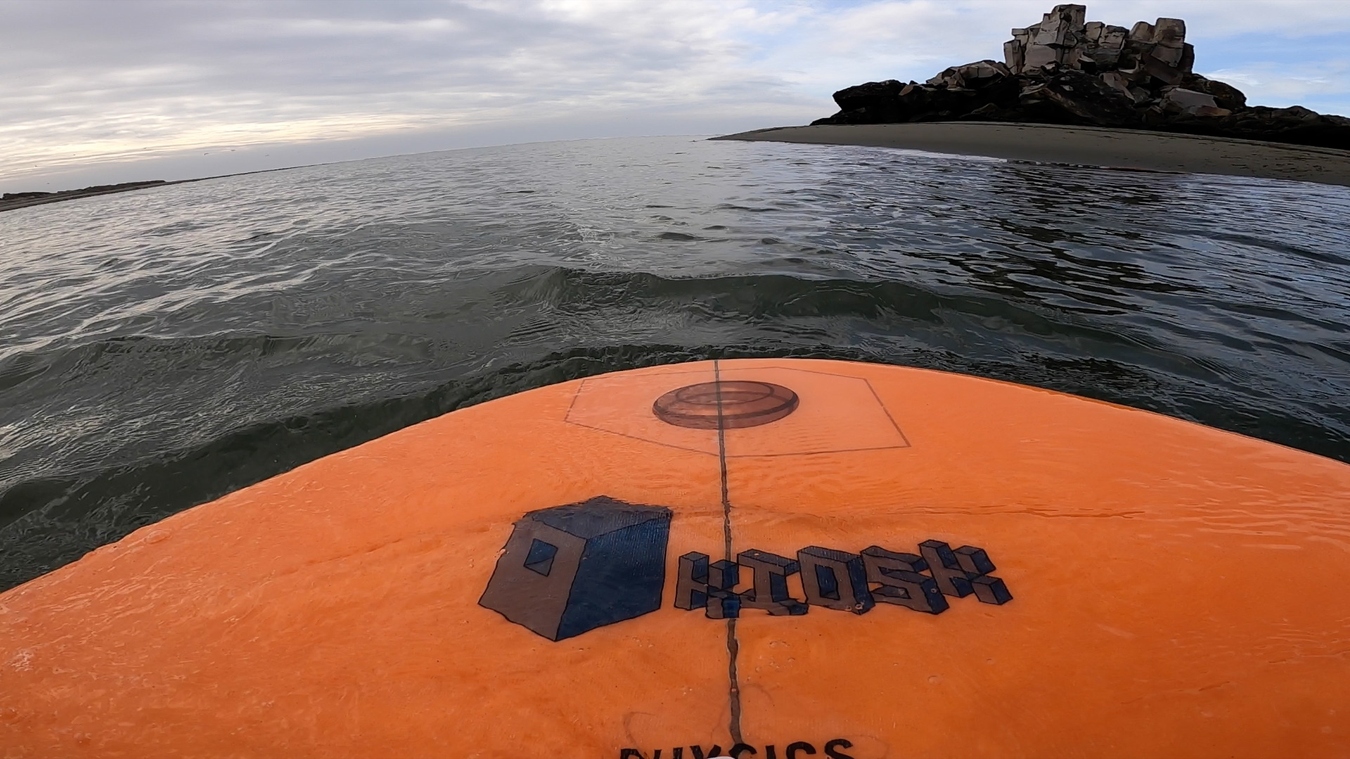 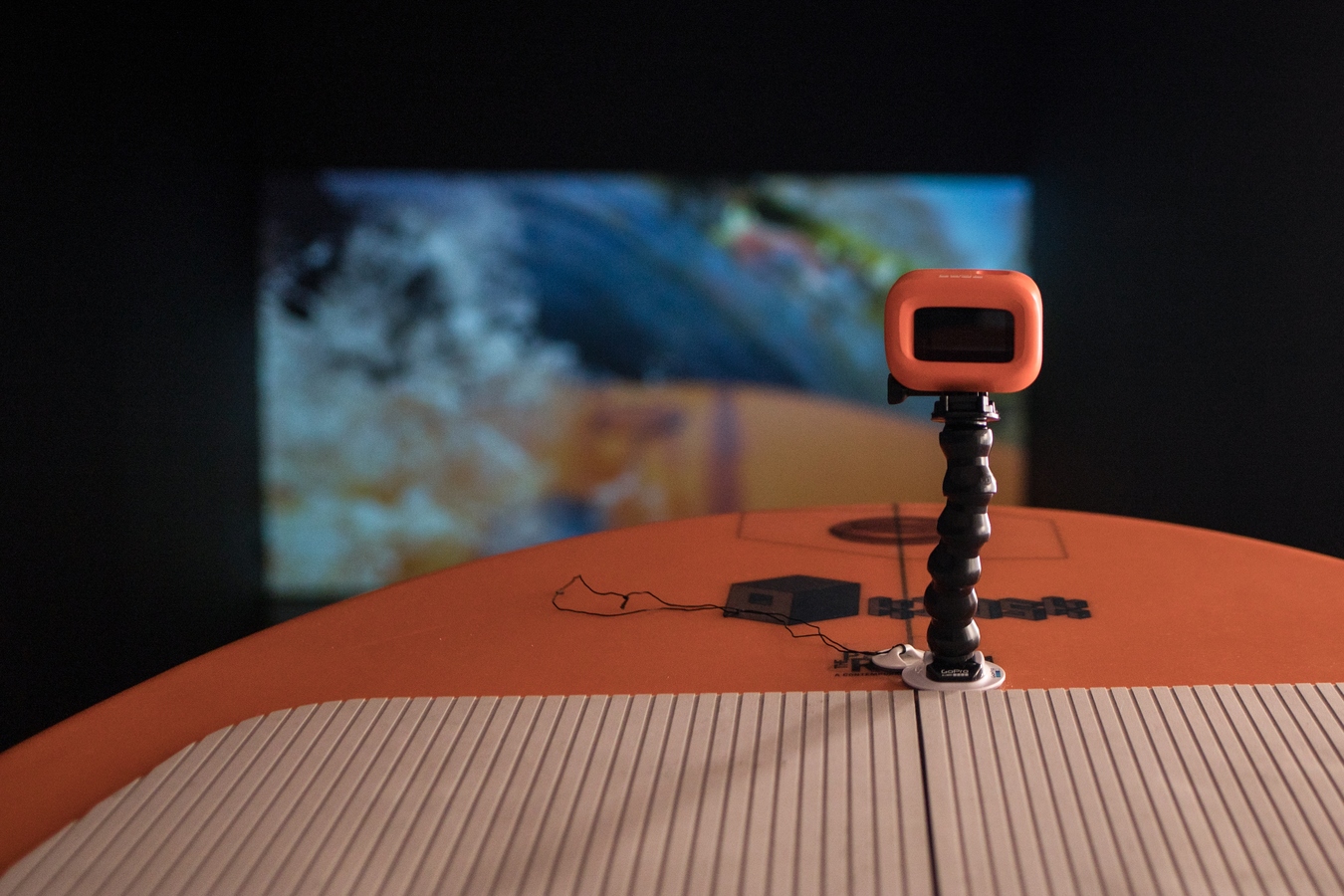 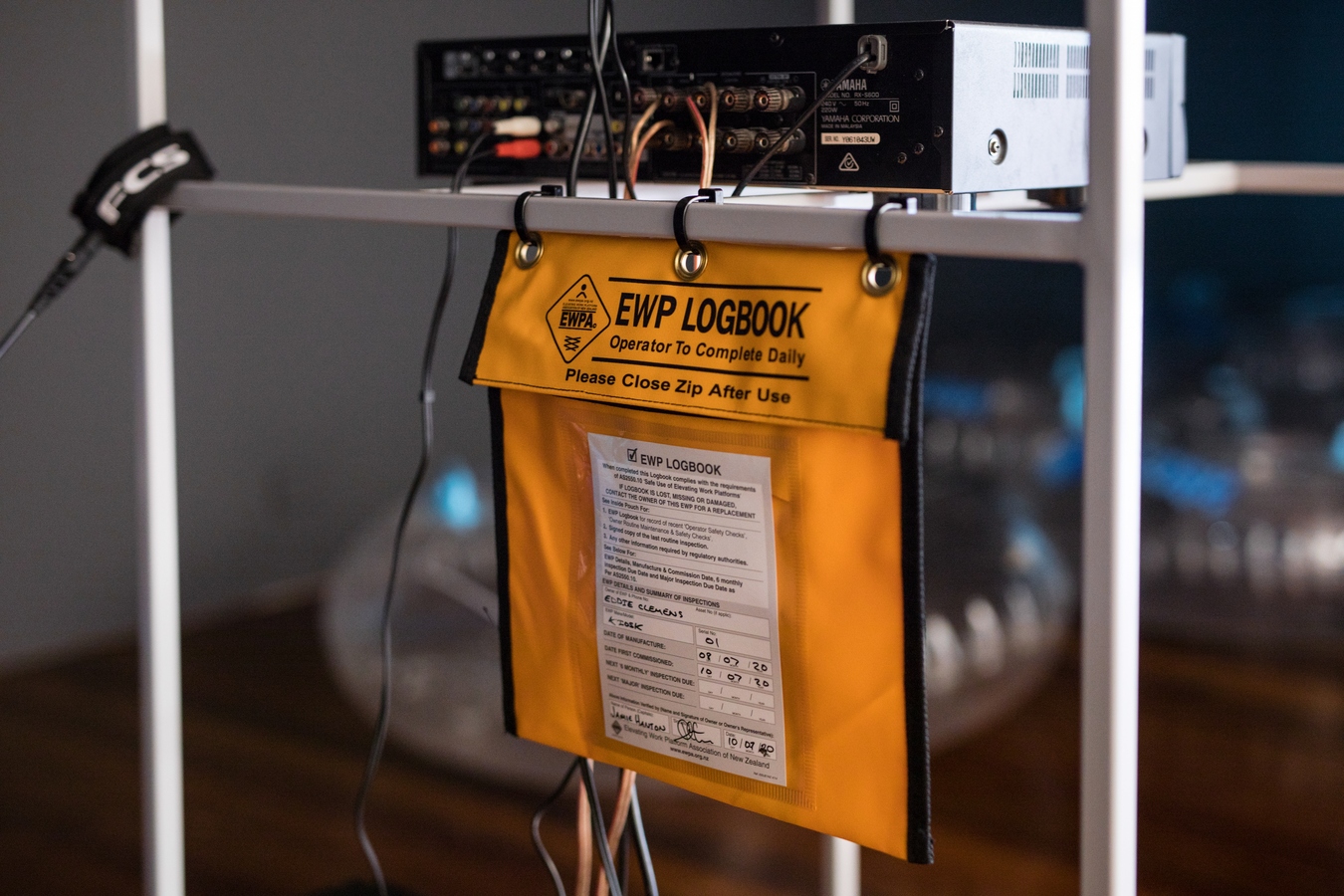 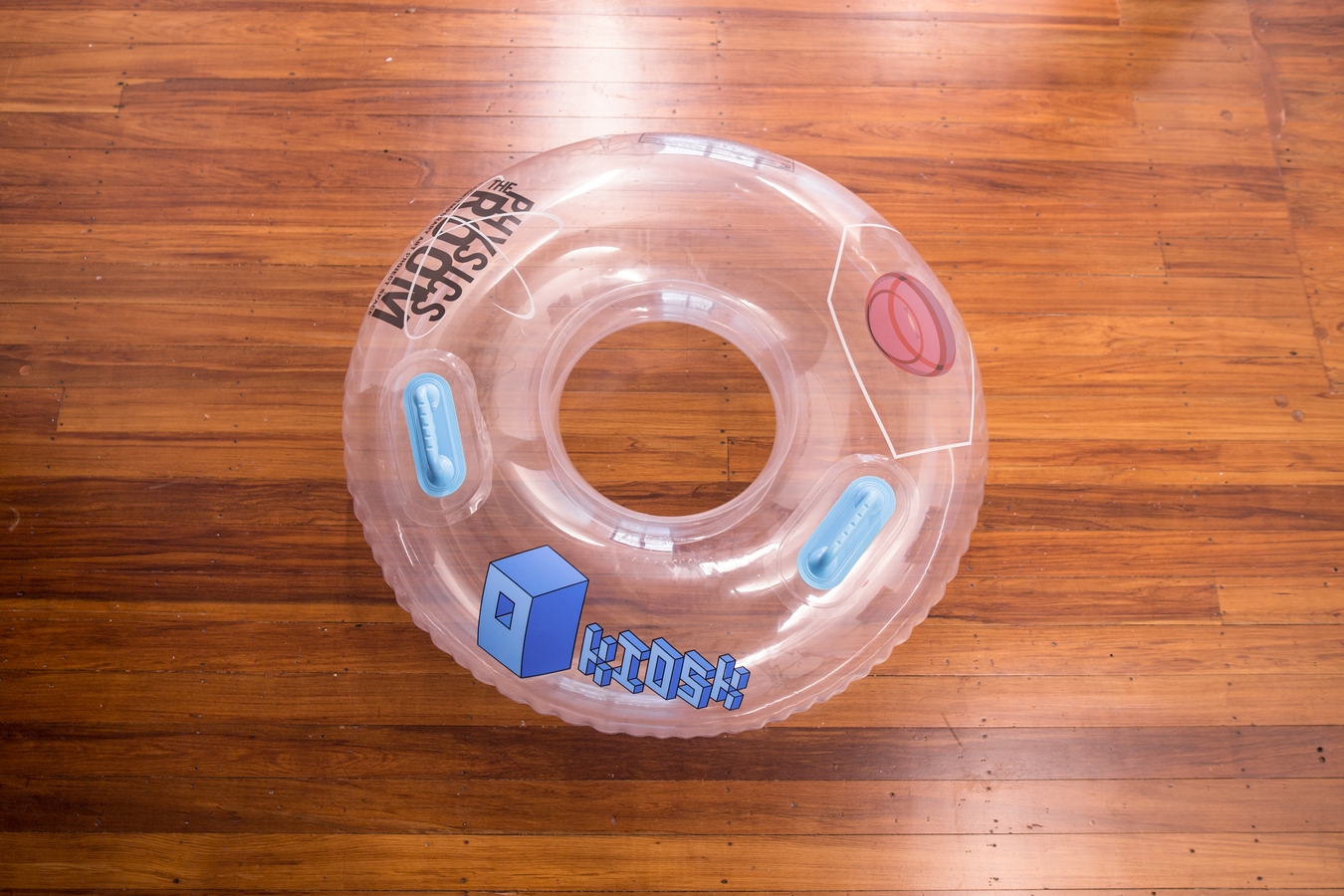 The Kiosk was a small, self-contained exhibition space that operated between 2000 and 2010 on the corner of Manchester, Lichfield, and High Streets in Christchurch’s city centre. Originally commissioned and designed by the Oblique Trust, programming and administration of the Kiosk were handed over to The Physics Room Trust in 2003.

While the Kiosk was much-loved it was often abused by passers-by. In ten years it played host to over 100 projects and then, in late 2010, it mysteriously disappeared. According to the Kiosk website it “departed on a voyage to the future!”

In this exhibition of new work by Eddie Clemens, the Kiosk makes a return. Using video, performance, and sculptural installation, Clemens will explore the history of the Kiosk through a number of perspectives including his own exhibition history, as well as the institutionally-recorded history via website text, and histories collected from past artists, staff, and Directors.

In Kiosk: Directors’ Commentary, the roof of the Kiosk is reimangined as a stand up paddle board, which will support Clemens on a cinematic journey of homage along the Ōtākaro Avon River and out to sea. Alongside this film, Clemens’ three Kiosk works (he currently holds the record for most solo shows inside the Kiosk) will be re-made and re-presented. Blade in Gum (2003) which explored the urban legend of razor blade stuck to slides in water parks and playgrounds, Blade in Phone (2009), and The God Particle (2010) where he sliced through the Kiosk’s neighbour Phil Price’s Nucleus sculpture with a high-powered laser.

During the exhibition, past Kiosk exhibitors are encouraged to bring their work in to be displayed alongside Clemens’ work. Further details will be announced soon. Please contact michelle@physicsroom.org.nz to register your interest.

Special thanks to Signtech The Signmasters for their generous support of this exhibition.

Click here to listen to Art, Not Science Episode 13
We share the artist talk with Eddie Clemens from Kiosk: Directors’ Commentary. Tune in to learn more about Eddie’s practice, how the exhibition has been simmering away for over a decade, and the great Ōtākaro Avon river journey.