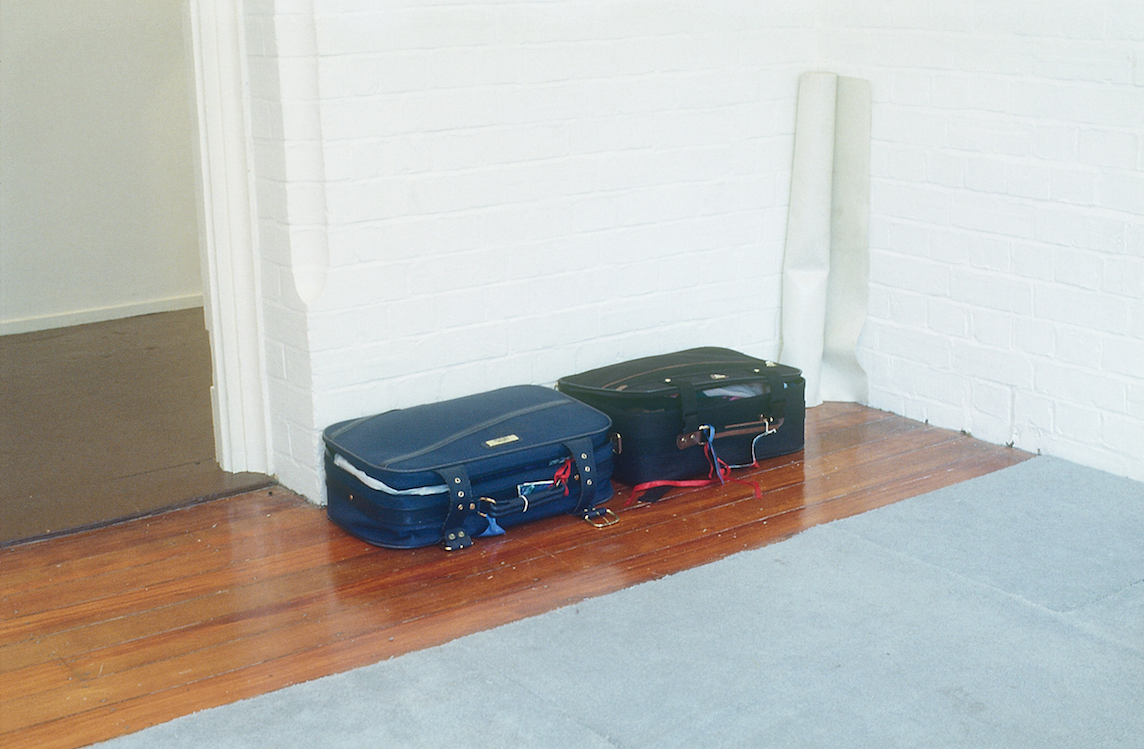 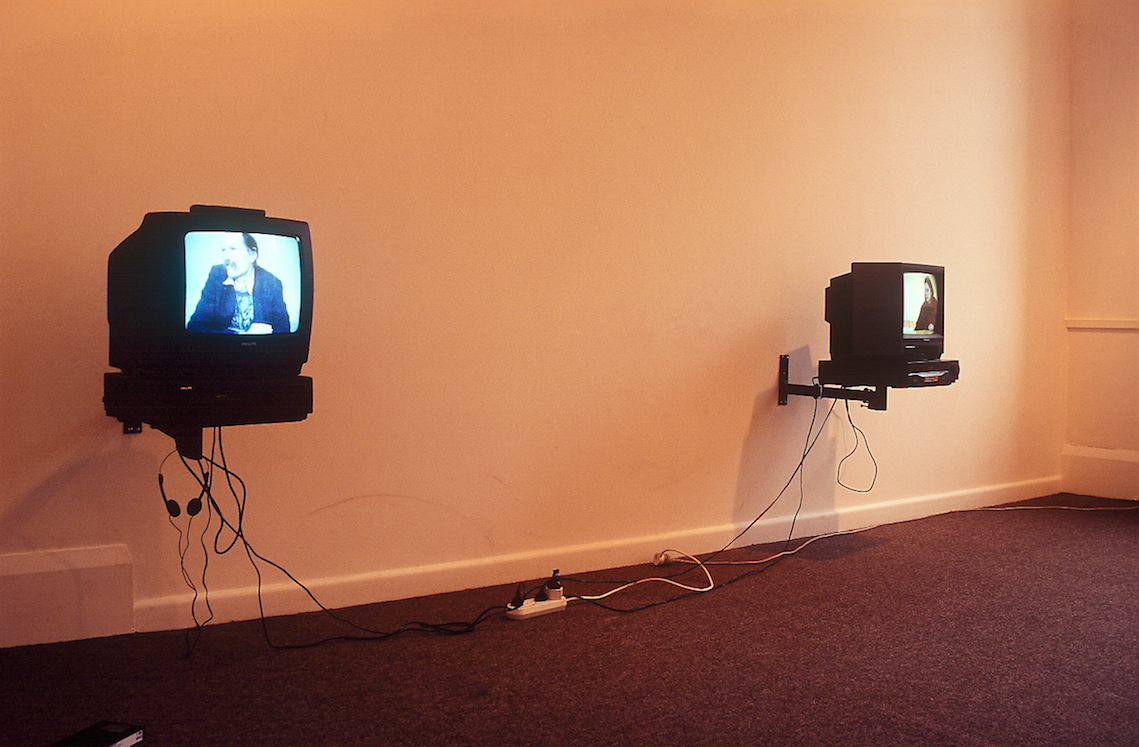 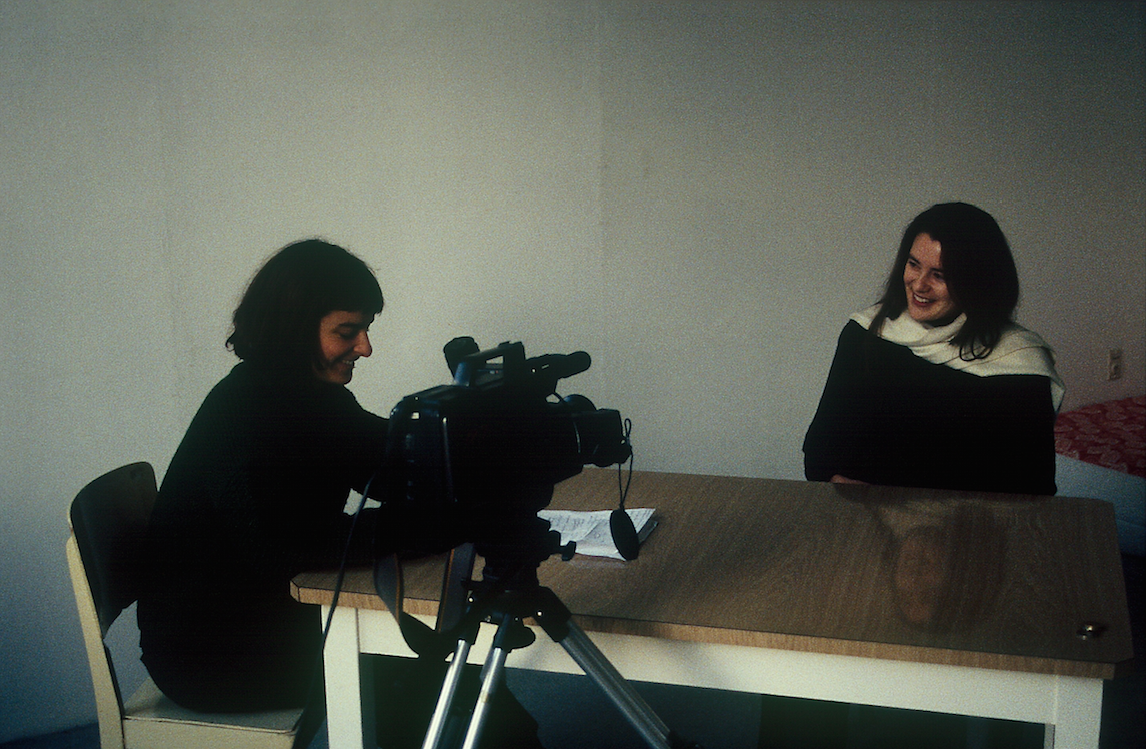 What happens in this exhibition?

It is a documentary project. I was here for the first week of the exhibition. During that time I stayed in the lower room and conducted seven interviews, which could be viewed on the monitors in the top room. Since coming back to Melbourne I've done another five interviews (one of which is with myself) and have a further five to go before I'll think of it as finished.

Why interview these people in particular?

The group as it has turned out, is a mixture of my seeking out of certain groups in the yellow pages, and the willingness of individuals to participate. Sometimes I ended up with more people from one group than I expected, for example there are quite a few 'religious' people. Other groups I pursued to no avail, there are much fewer representatives of the business sector, for example.

I tried to achieve diversity within subjectivity. Diversity because it seems to be important to observe the interconnectedness of things as well as their singularity. I would be interested in finding out more about the spirituality of the stockbroker and the business acumen of the nun. Subjectivity, meaning that I'm relying on intuition for my choices. There are some people who seem like 'right' subjects, and following that seems to be the only way to keep the project coherent for me.

At any given moment there are certain things you want to know about. I think this is 'interest'. Interest seems to me to be both banal (when people list their interests etc.) and mysterious (how can you account for your tastes and desires, why are they so particular?) When I think of interest spatially, it occupies the same space as identity, in between facticity and intention, between what you are and what you want to be. It always seems to be resting at that point of departure towards something. So as far as I can see I chose to interview these people because of what I thought they might know. What I thought they might know is obviously what I want to know, or part of what I want to become.

I think that over the time of the exhibition, the group (the assembled video portraits) has become more of a concrete entity, and their thoughts as spoken on tape have formed a certain kind of architecture.

Why this name for the project?

Because I was reading about anchoresses, religious women in the middle ages who lived alone and enclosed in anchorage, a living space attached to a church. Within the anchorage this woman's work was contemplation and prayer. Although I don't consider myself to be part of any religious group, I'm interested in this state of enclosure for its principle of renouncing participation in what we understand to be 'the world' in order to concentratedly pursue some kind of work. At the moment this seems to me to be the best kind of use to put an exhibition to. This exhibition is an extremely mild version of the aforesaid enclosure.

Something else I like about the idea of the anchoress is that her work is not tangible or measurable in the sense of what it produces. And yet for her society her work is essential.