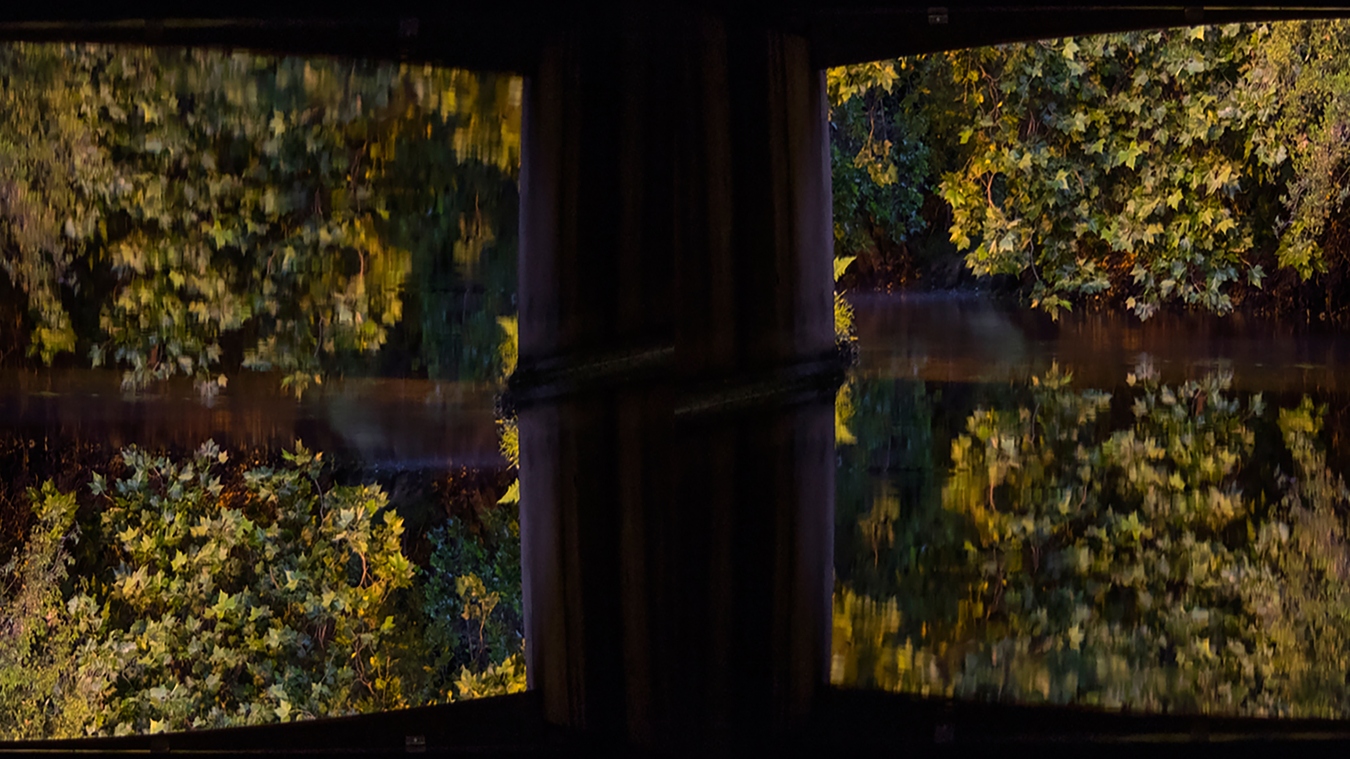 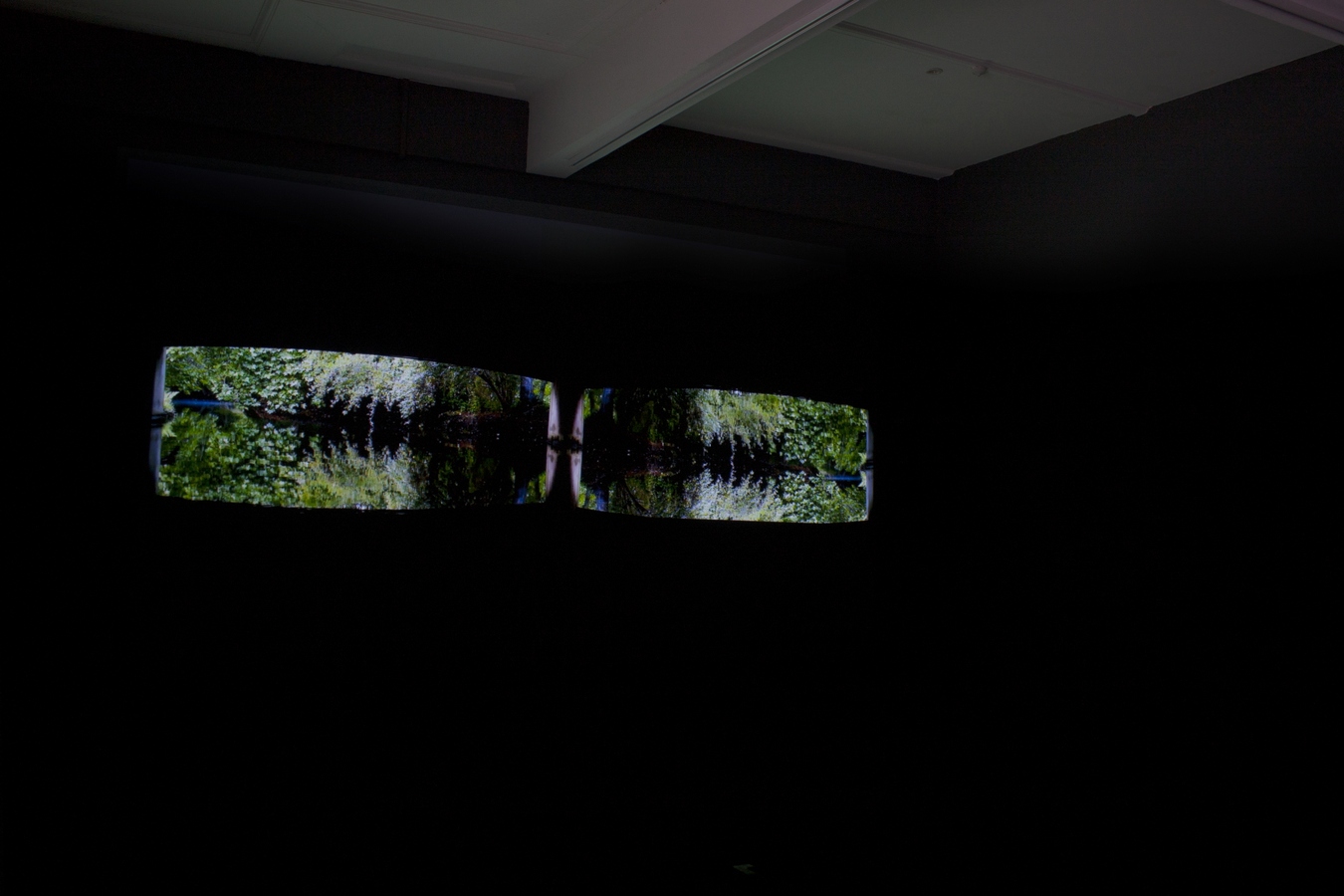 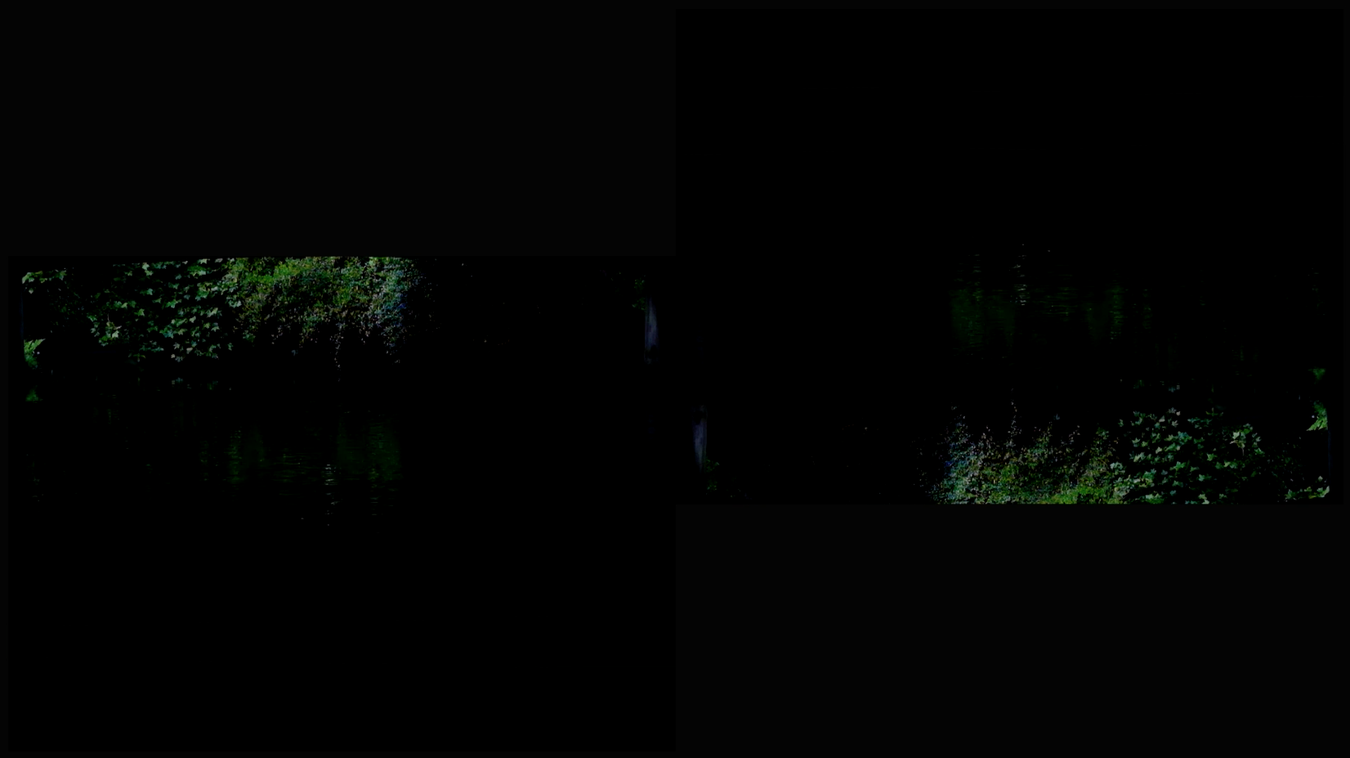 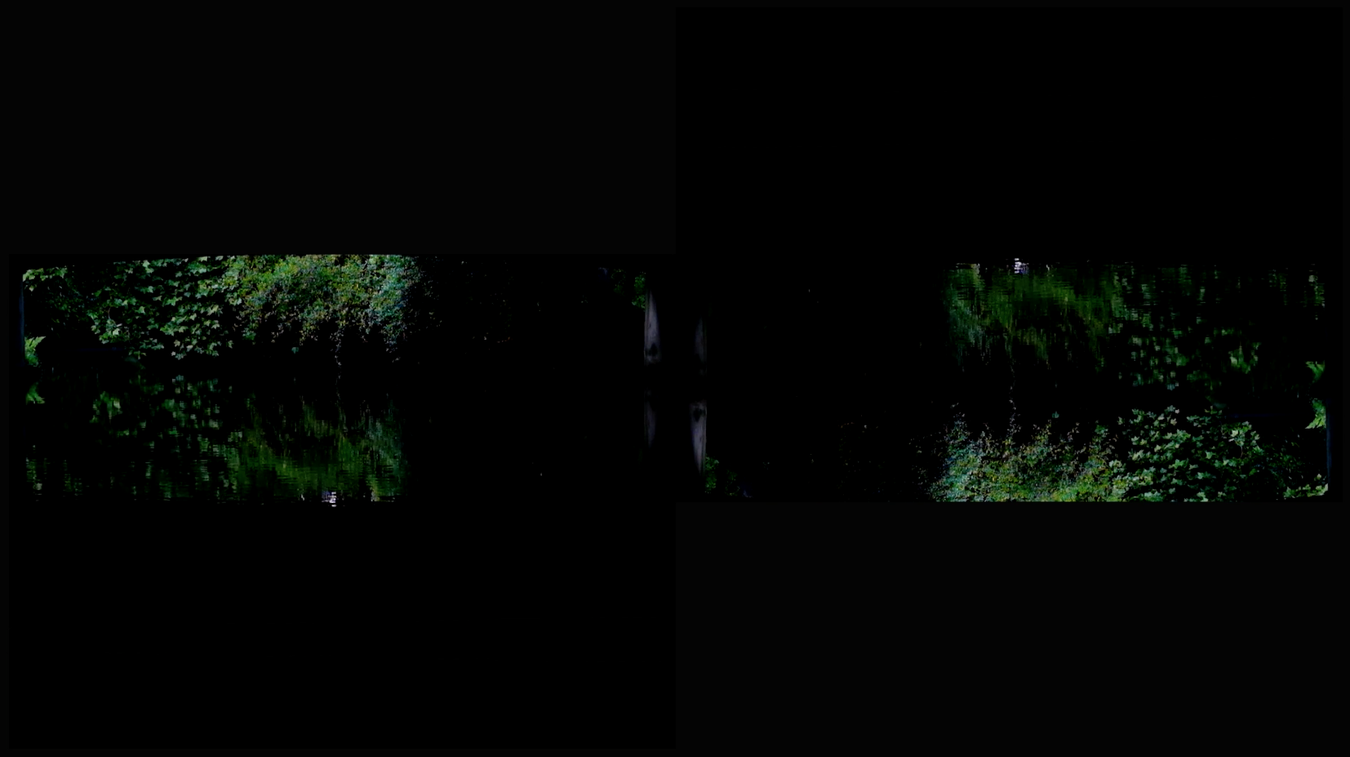 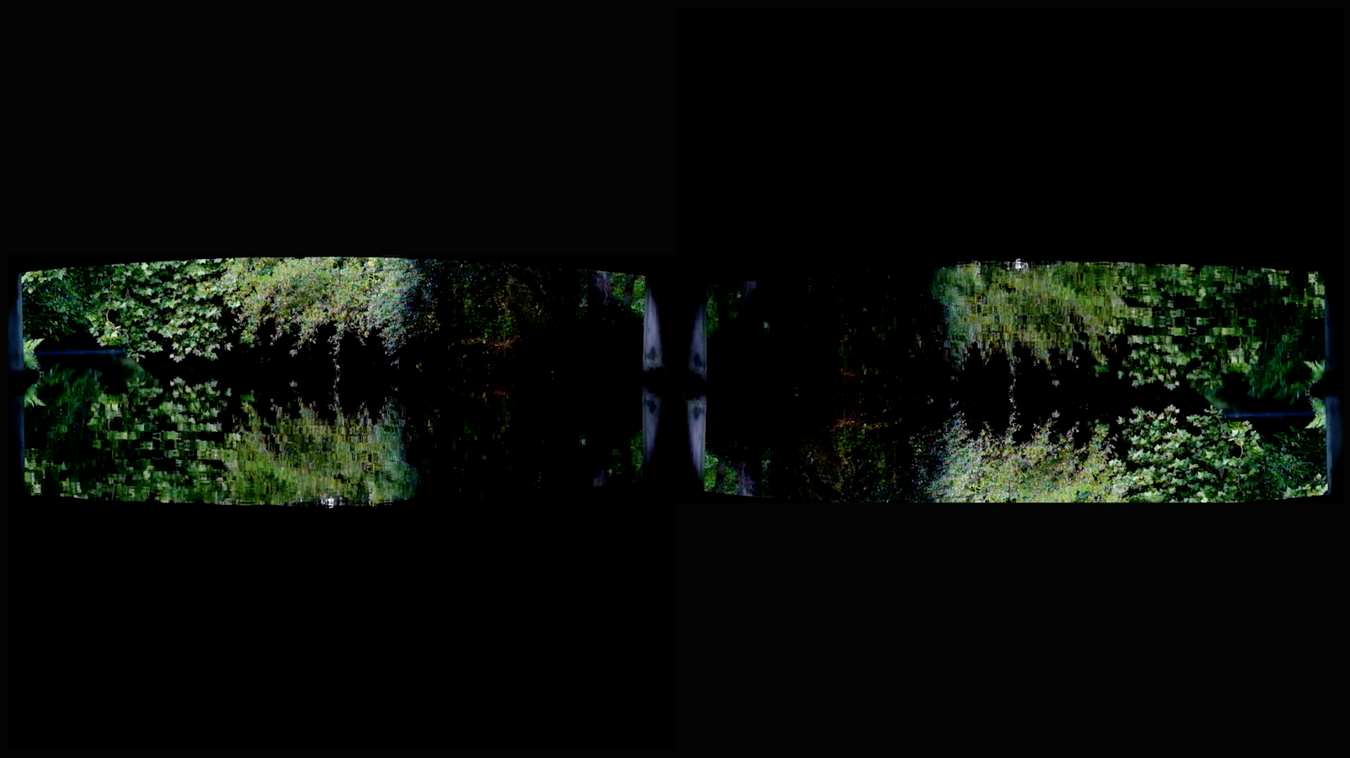 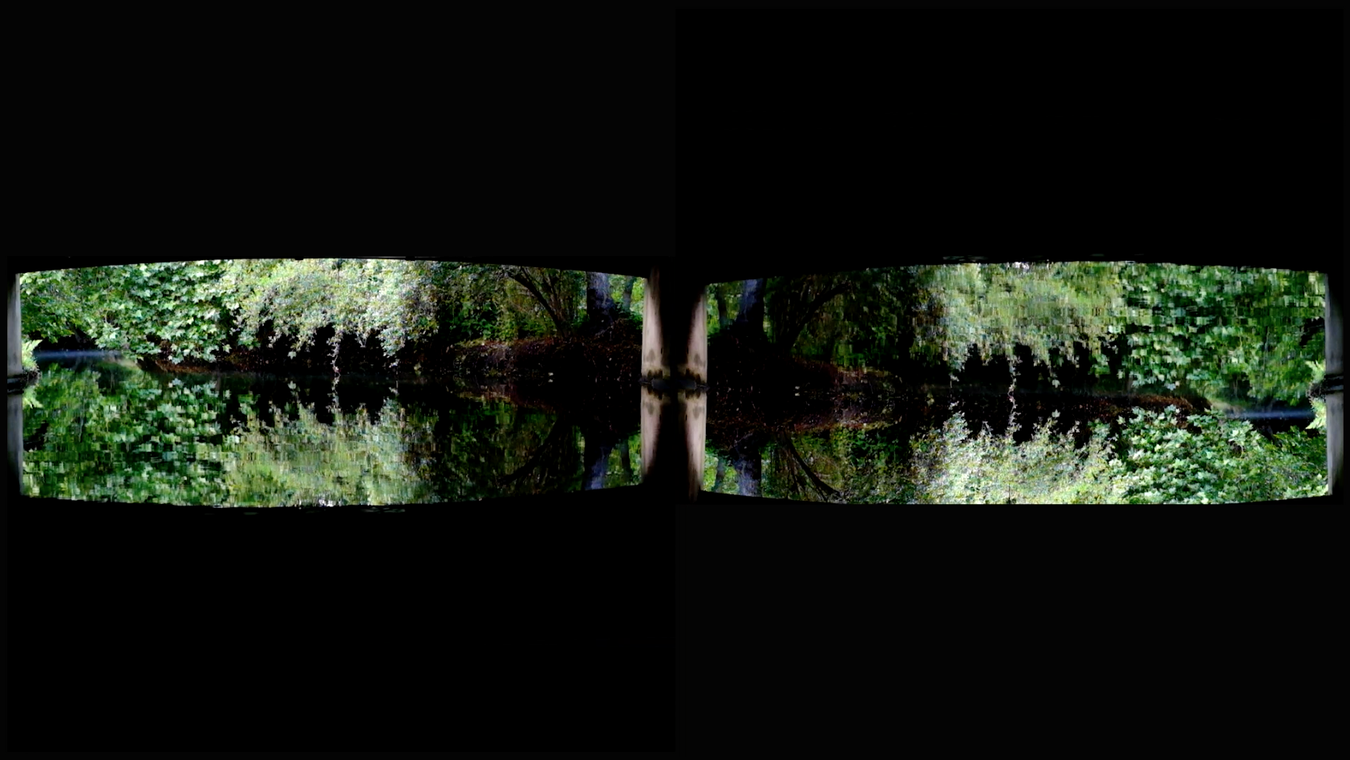 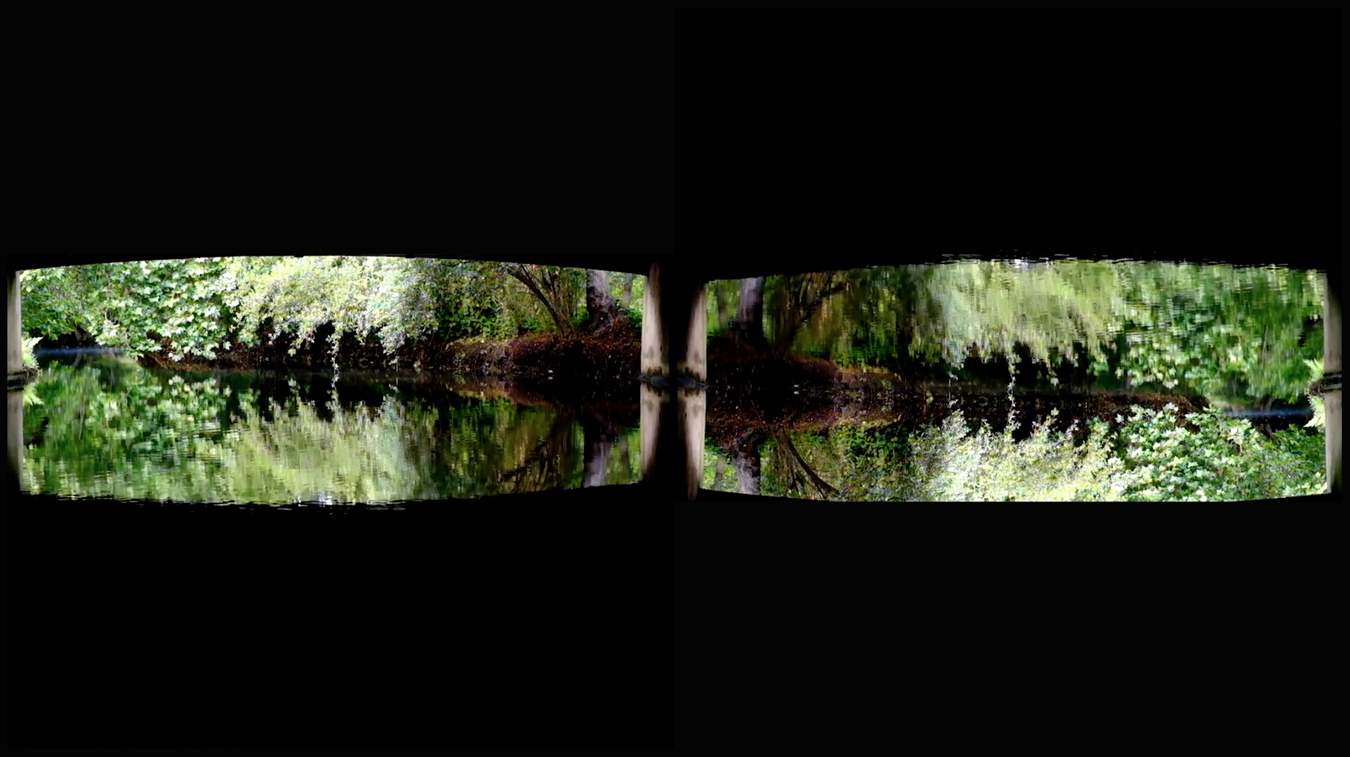 The direction of the water was changing, folding back in on itself as if a plug hole had opened up in the centre of the river. Water spiralled into it from both directions.

The woman sat perfectly still on the bank, all of her attention focused on the river.

Something glowed in the water, lit from deep within the funnel. Millions of silver strands like thick neon ropes spiralled in illuminated by the bluish white light at the centre. ‘It looks like whitebait!’ Emily said breathlessly.

Ōtākaro is a new collaborative video work from Bridget Reweti and Terri Te Tau that explores the narratives and identities associated with the Ōtākaro Avon River. The river is an iconic feature of Ōtautahi Christchurch, flowing through the central city, eastern suburbs and an estuary before finally meeting the Pacific Ocean. The river has always been important for Ngāi Tahu and those living in the region, and there is a long history of fishing and recreational use–though Ōtākaro is currently one of the most polluted rivers in New Zealand and undergoing conservation work. Through researching the stories of the river and spending time in Ōtautahi Christchurch, Reweti and Te Tau have created a new chronicle that traces aspects of the past and speculates on parallel possibilities, articulating a contemporary perspective that is as fluid as the river itself.

Terri Te Tau grew up in the Wairarapa (Rangitāne, Ngāti Kahungunu) and currently lives in Pohangina Valley in the Manawatu with her husband, three kids, two cats and a giant rabbit. Terri's art practice includes writing, installation and video. She recently completed a Doctorate in Creative Arts at Massey University and is a lecturer at Toioho ki Apiti, Massey University’s Māori Visual Arts programme in Palmerston North. She is a member of the Mata Aho Collective (http://mataaho.webs.com) and has participated in group shows within public galleries and project spaces in Aotearoa New Zealand and overseas.

Bridget Reweti is an artist from Ngāti Ranginui and Ngāi Te Rangi in Tauranga Moana. Her moving image and photography practice explores landscape perspectives and contemporary indigenous realities. Bridget enjoys working collaboratively and is part of Mata Aho Collective and Kava Club. Currently living in Wellington, Bridget holds a Masters in Māori Visual Arts from Toioho ki Āpiti, Massey University and a PgDip in Museum and Heritage Studies from Victoria University of Wellington. She was a Physics Room Artist in residence during the summer of 2015-16.

The artists would like to thank Teanau Tuiono for his help with editing the story and narration.