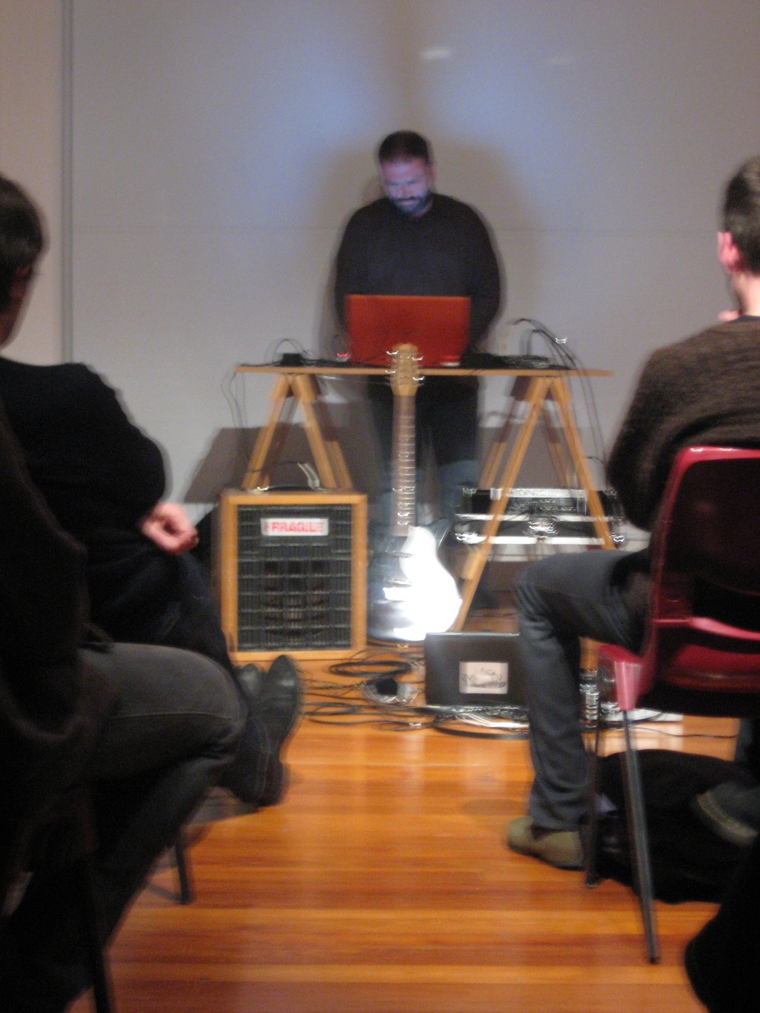 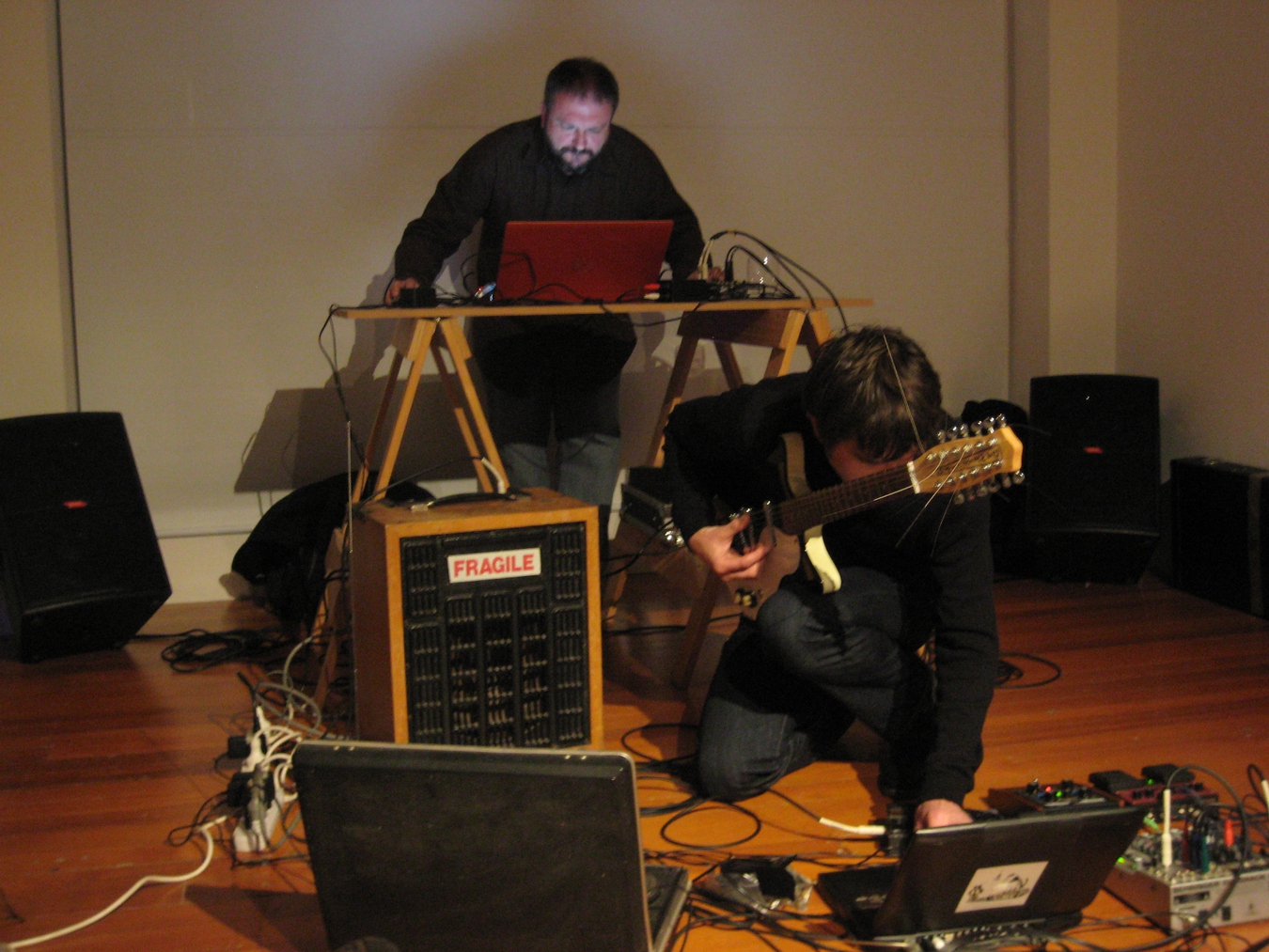 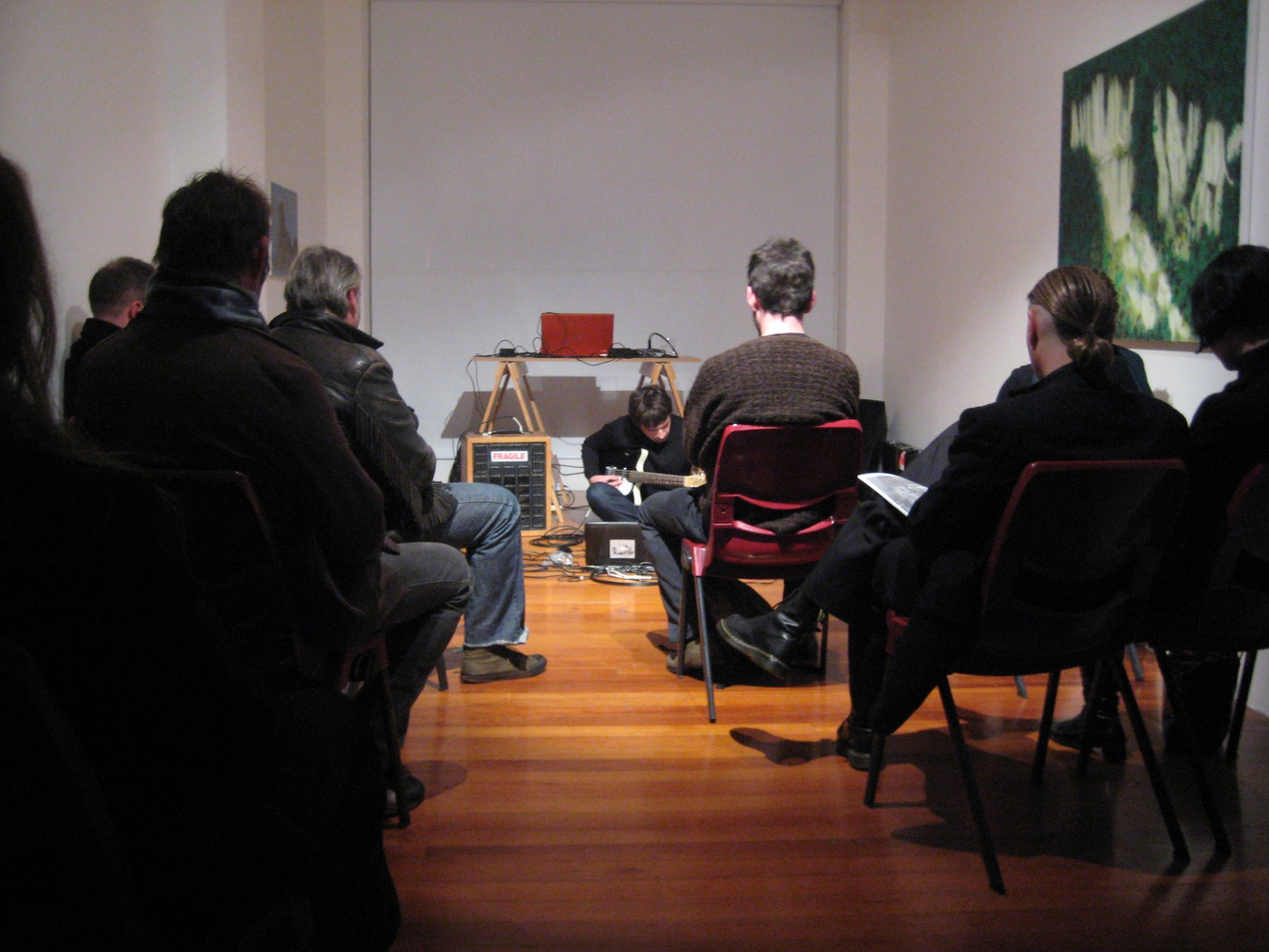 One of the most prolific and experienced musicians on the Antipodean electronic music circuit, Pimmon (aka Paul Gough) has previously collaborated with Fennesz, Oren Ambarchi and Kid606, contributing releases to countless influential labels over the course of a decade or so, including Fat Cat, Sirr, Static Caravan and Tigerbeat6.

Pimmon explores the song behind the noise; the secret whispers hidden in the static. Within the vast and spacious works are endless fragments shaped and distended into magnetic states of subtle movement and pulse. From beautiful, foreboding pieces sung by hidden choirs to crackling, lava-flow like ambience, the mood swings of Pimmon are steeped in bristling commotion and stirring intimacy.

New Zealand native Peter Wright has invested a significant chunk of the last 20 years investigating ways of deconstructing the guitar, presenting re-imagined abstract audio fields, loosening the shackles by which the instrument is traditionally constrained.

For the last decade Wright has developed into one of New Zealand's most prolific recording artists, releasing 7 CDs (including one double and one triple disc set) and a host of limited edition CDRs and records on labels across the world including Celebrate PSI Phenomenon, PseudoArcana, Last Visible Dog, Archive, Students of Decay, Digitalis.

In the next 12 months there are 3 full length albums scheduled for release various collaborative projects, at least one 7" record, and Peter has also begun work on a collectors box documenting out of print and unreleased recordings, photography, film and ephemera from the past 10 years of activity.

In performance Wright utilises a combination of environmental recordings and found sound in tandem with an open tuned 12 string electric guitar to improvise his way down a hidden path into an aural world inhabited by both recognisable and distinctly alien spirits. At times Wright's instrumental musings have an almost lyrical, poetic familiarity, like a half-formed memory flickering out a distant signal from damaged synapses. Depending on the physical setting, Wright's performances can be quiet, intimate affairs, like a semi-private ceremony, or voluminous enveloping events that twist and tangle the emotional responses to sound.