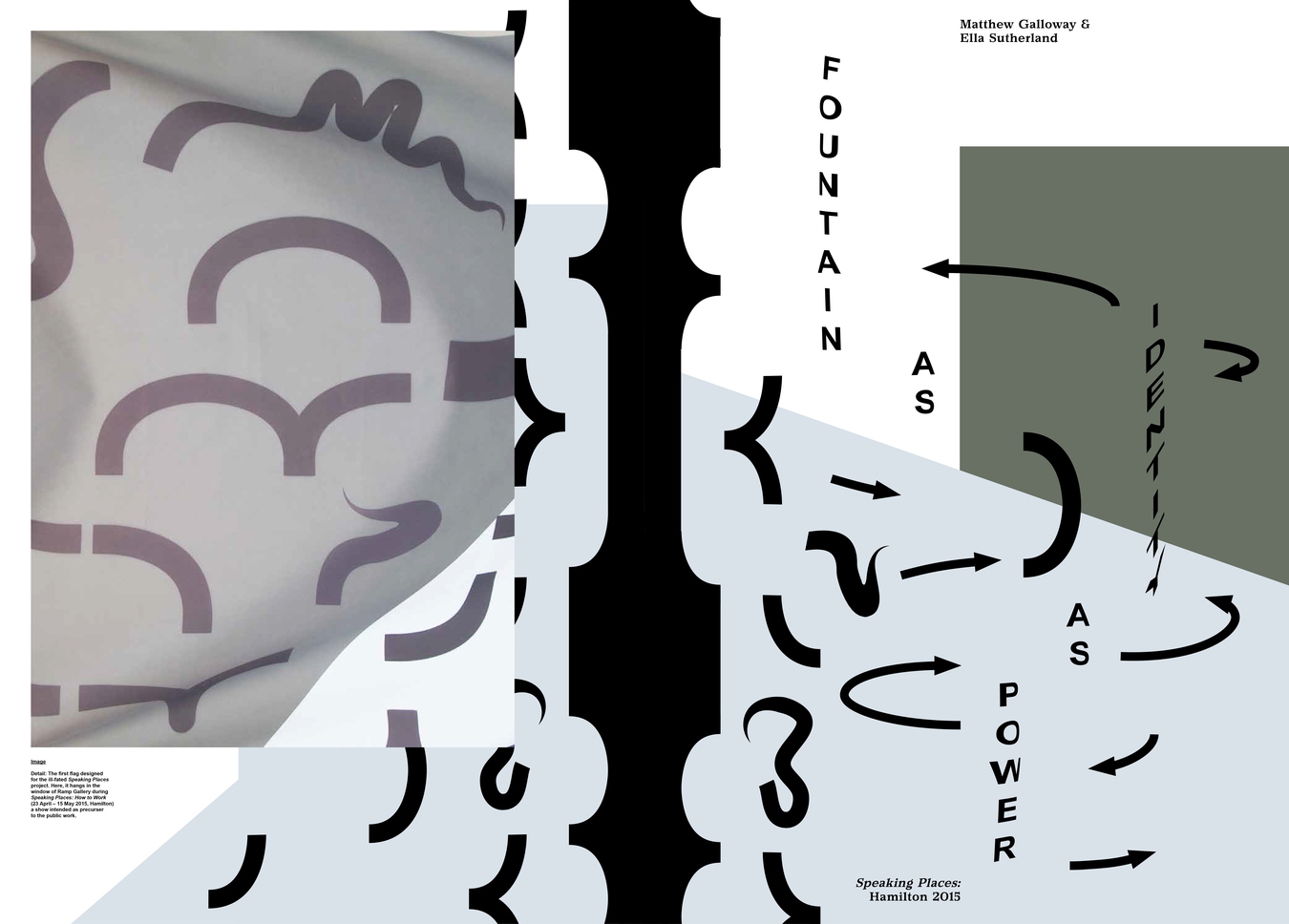 The Physics Room library is a distribution point for the newspaper Speaking Places: Hamilton 2015. Produced and designed by Matthew Galloway and Ella Sutherland, the Speaking Places series seeks to question how graphic design might offer alternative perspectives; drawing upon historical, cultural and social precedents whilst also claiming its own identity as an autonomous form.

Originally intended as part of a larger public art project curated by Kim Paton, Speaking Places: Hamilton 2015, focusses on the ways language may exist and collide within the context of a specific locale and the ways in which the by-products of the natural and constructed environment can be understood, highlighted, traced and proposed.