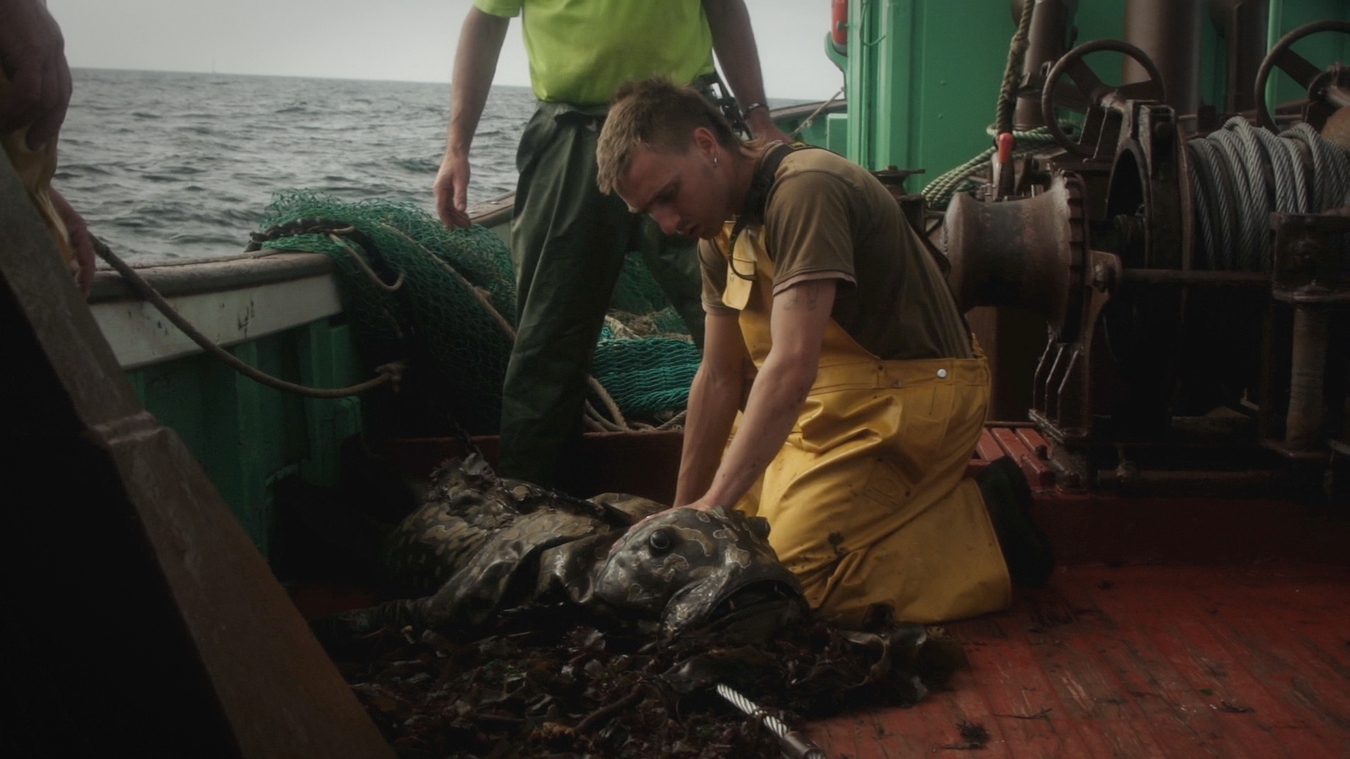 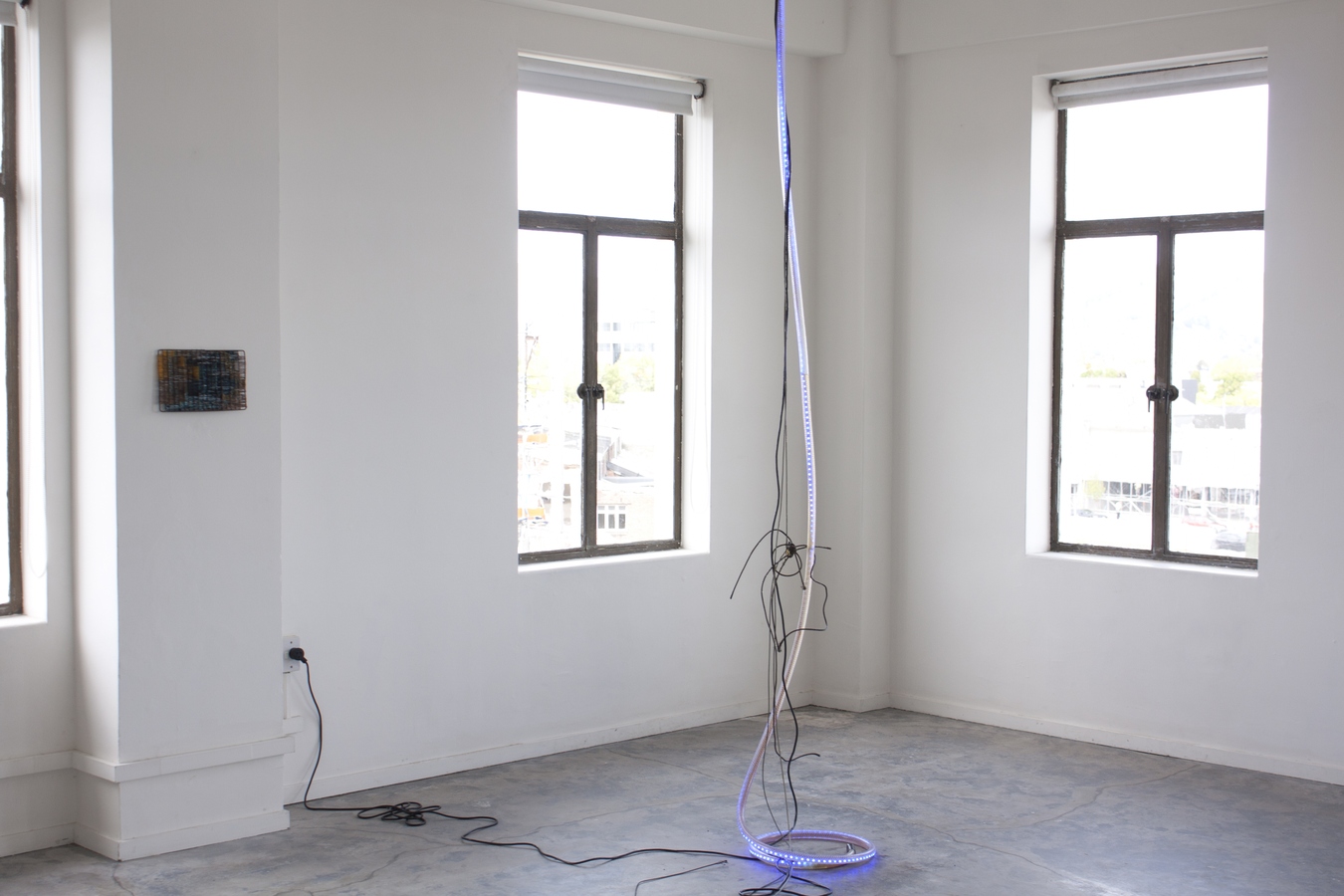 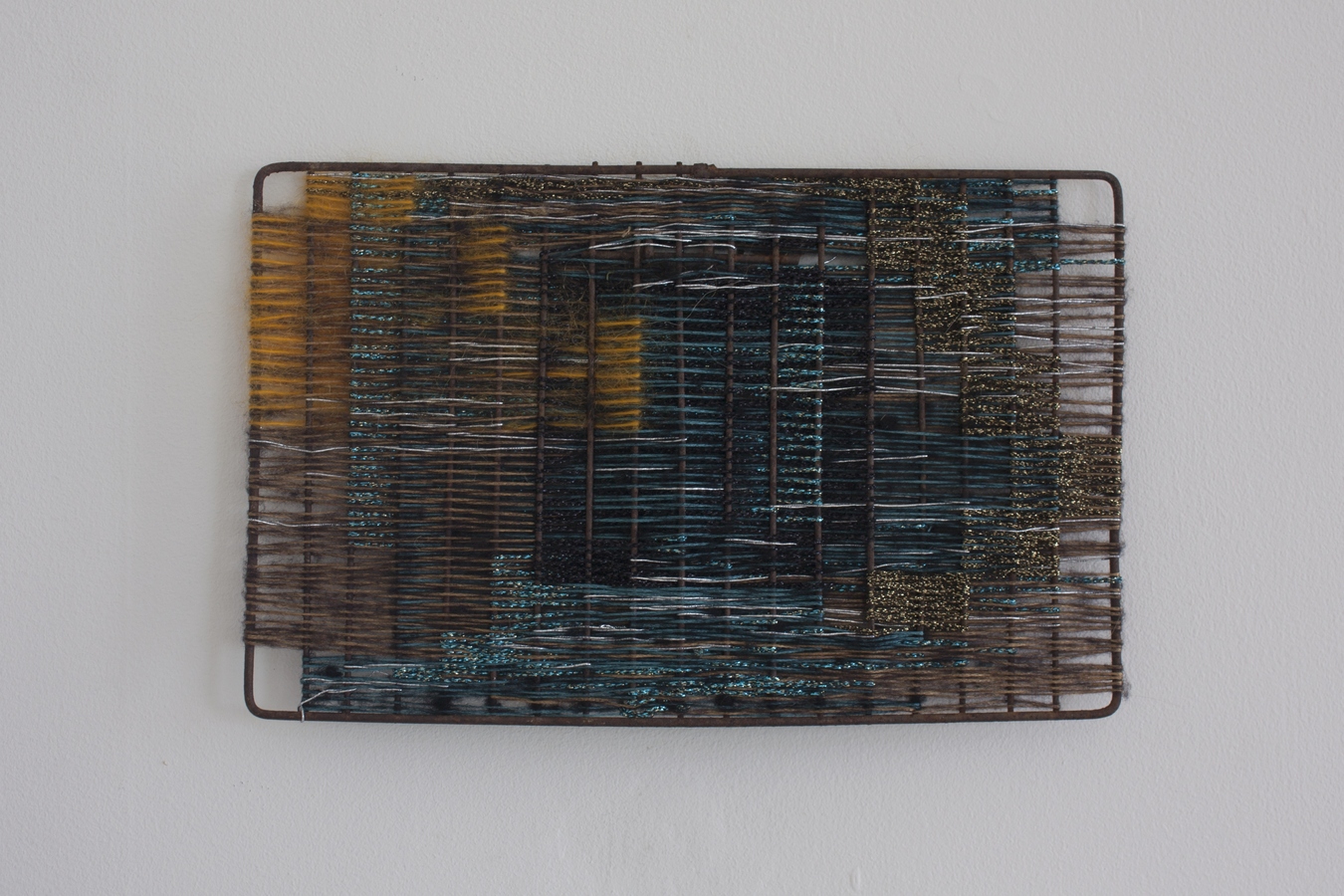 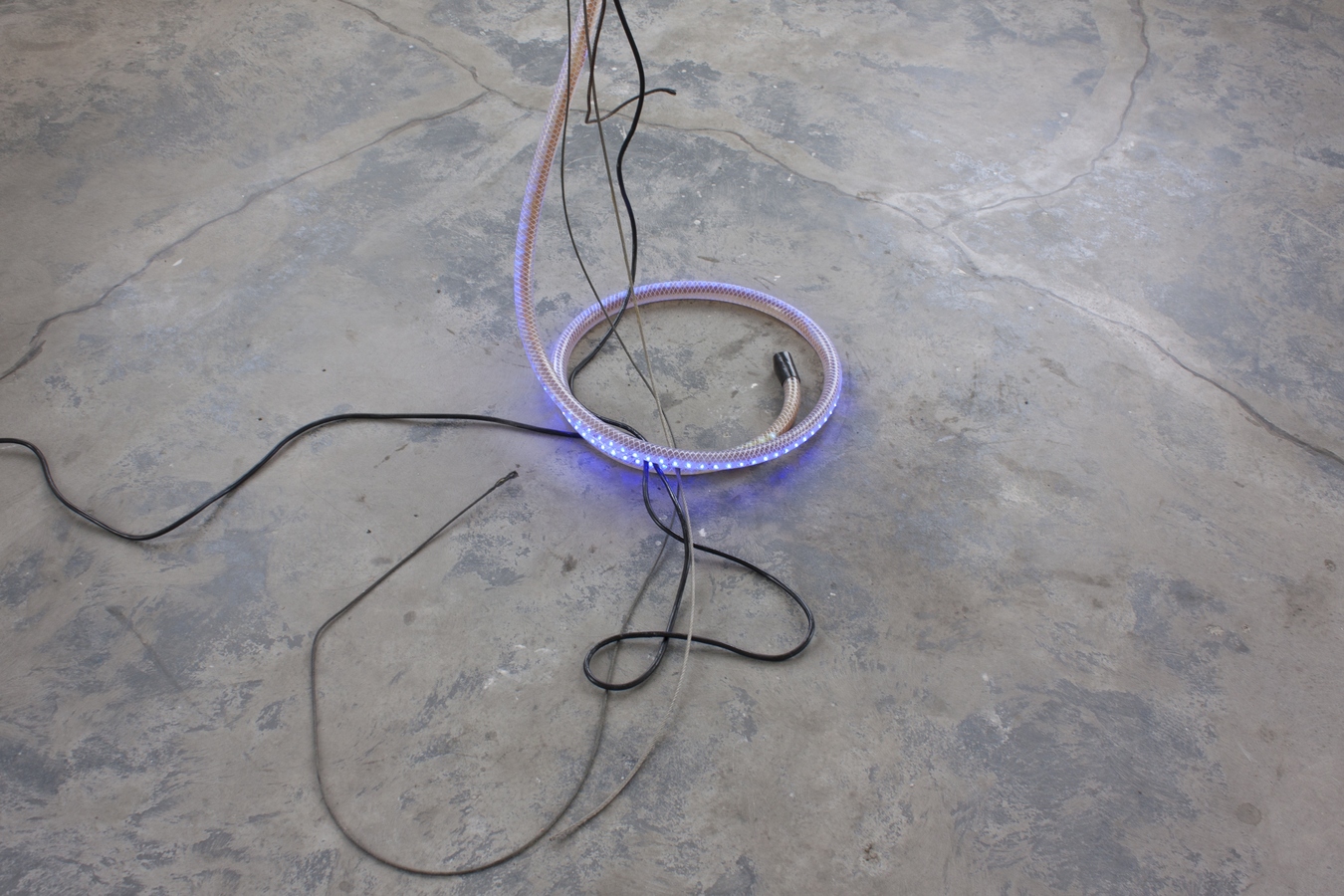 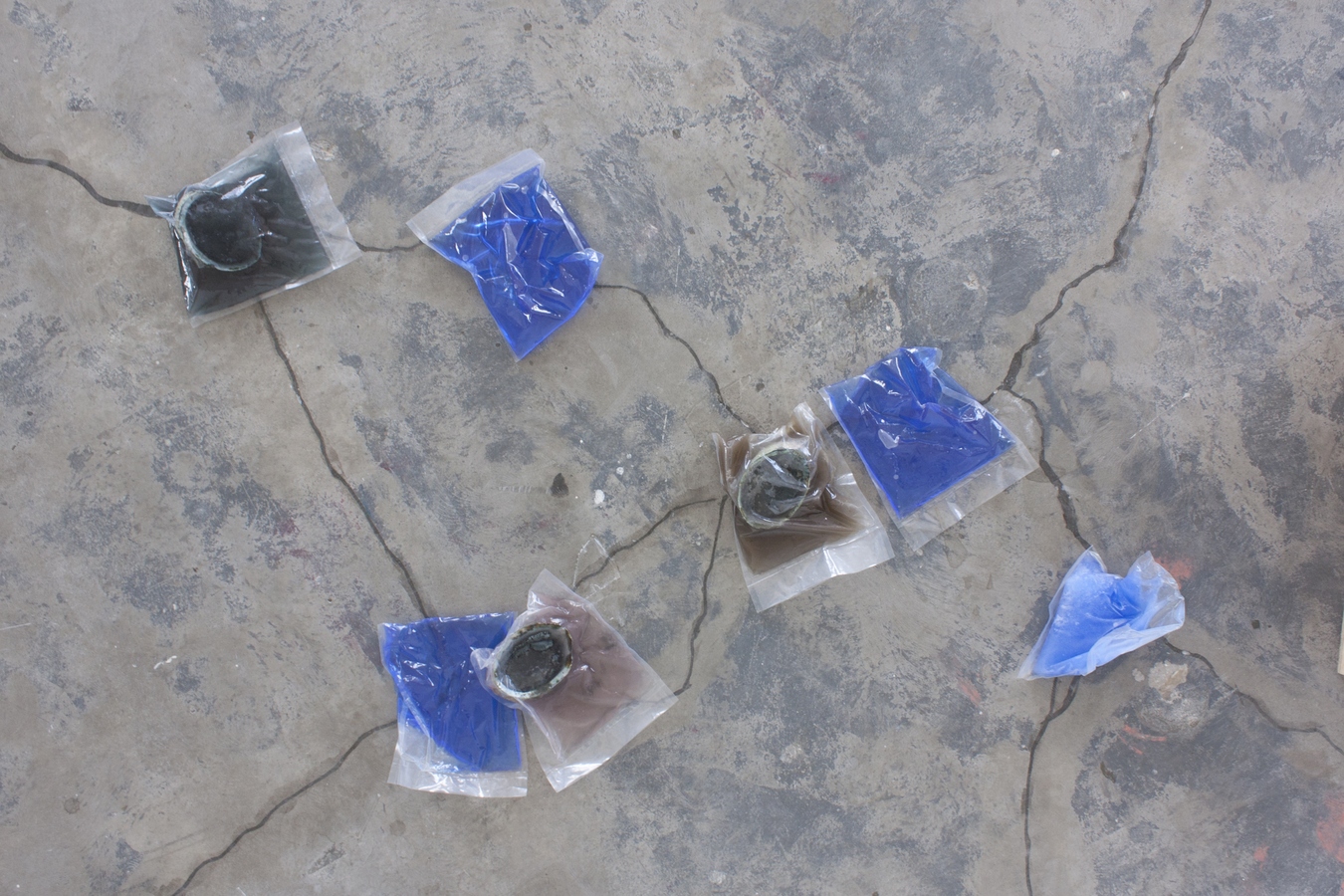 Eglė Kulbokaitė & Dorota Gawęda, She cannot, does not want, and is ready for everything. Paua, plastic vacuum packs, blue ice gel  2015 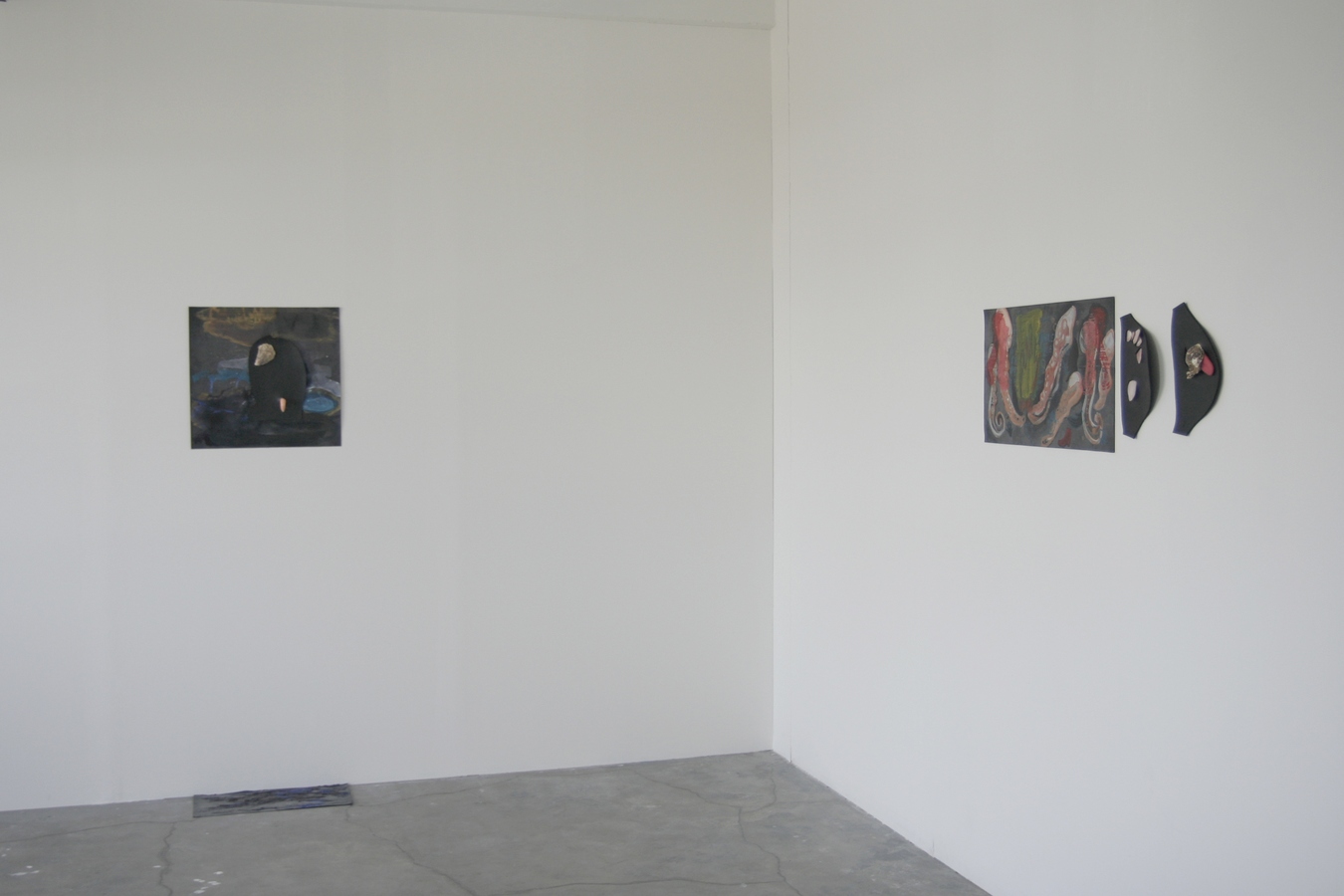 Pauline Curnier Jardin, exorcize your device with a tentacle, is the best advice from the pentacle
Neoprene, EPDM pool-liner, acrylic
(with Rachel Garcia)  2015
2015 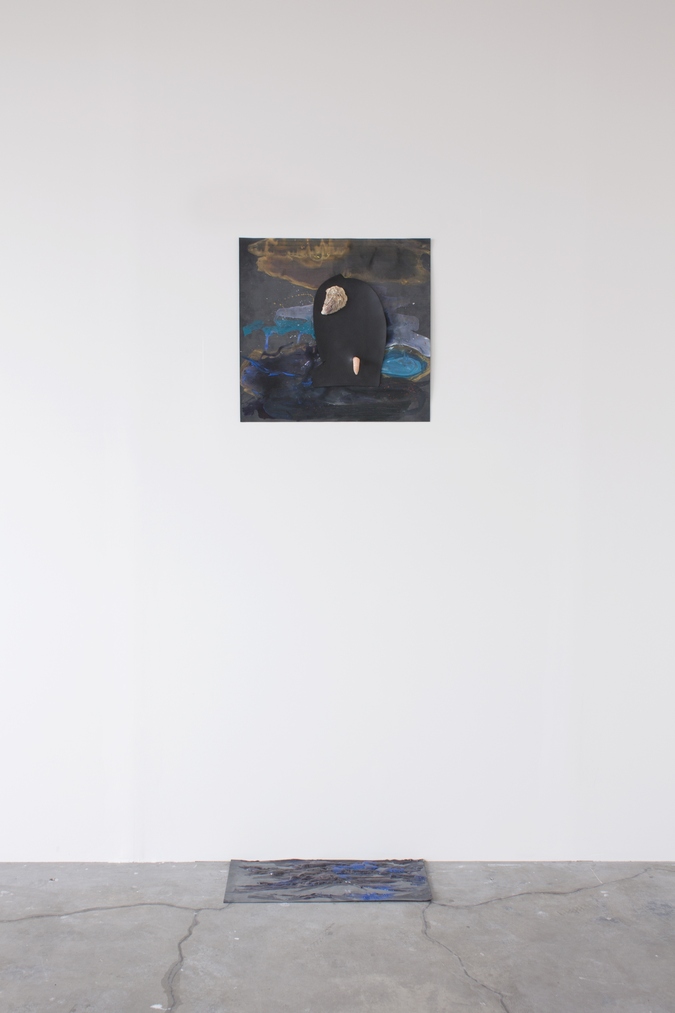 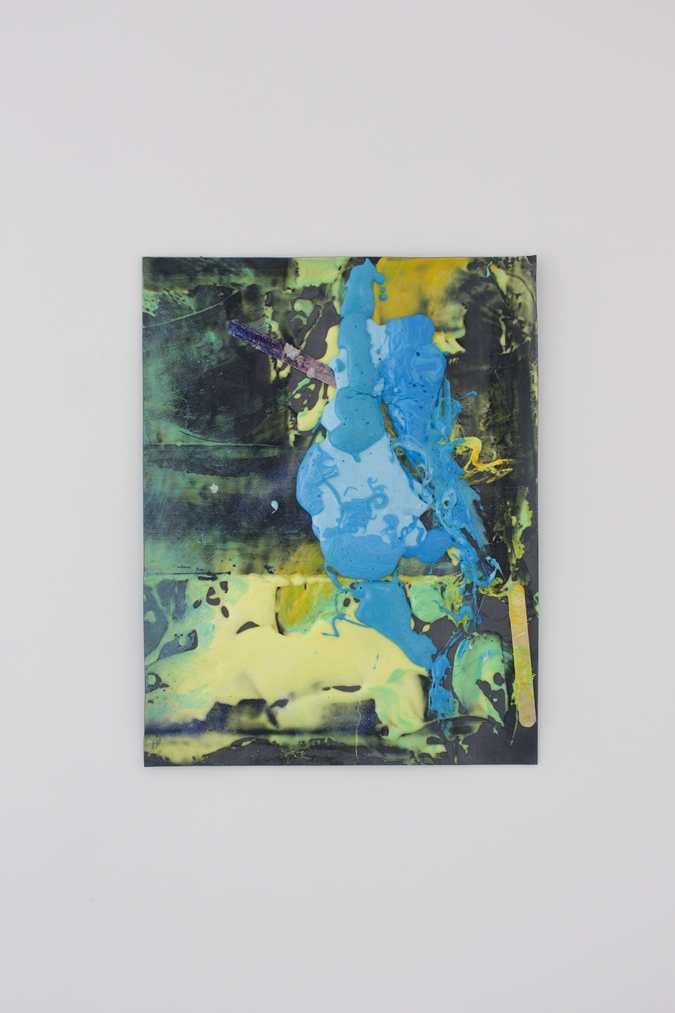 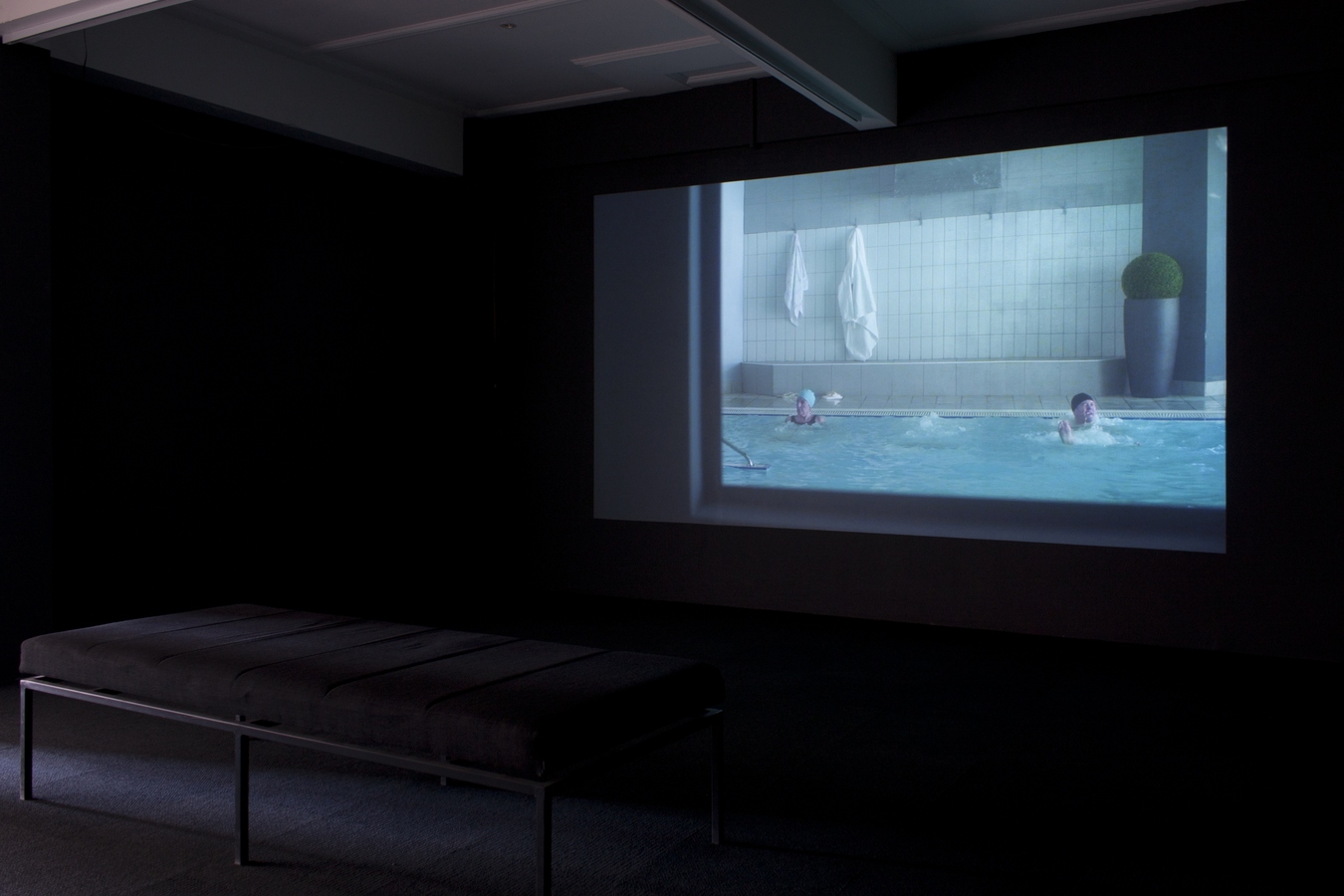 Looking at the ocean, one can envision other words or places where the perspective is shifted… off the wall sometimes. Like when Joan Slonczewski in A Door into Ocean imagines the Ocean Moon Shora, where Sharers use pacifist strategies to oppose colonisation by Planet Valedon–a capitalist, materialist society under the intergalactic authority of “The Patriarch”.

Or when Epeli Hau’ofa speaks of Oceania, and appeals in Our Sea of Islands to peoples of the sea, leaving behind the hegemony of the land as an imperialist perspective. Or in Esi’s vision in Old Music and the Slave Woman by Ursula Le Guin:

Out past the harbor the sea rises up, stands up as high as his house, as high as his eyes. Esi knows that books say the sea lies down. “The sea lies calm tonight,” says the poem, but he knows better. The sea stands, a wall, the blue-grey wall at the end of the world. If you sail out on it it will seem flat, but if you see it truly it’s as tall as the hills of Darranda, and if you sail truly on it you will sail through that wall to the other side, beyond the end of the world. The sky is the roof that wall holds up. At night the stars shine through the glass air roof. You can sail to them, too, to the worlds beyond the world.

The Ocean is a place of possibility. It is not completely charted; it contains wonders, creatures of wonder, and the unknown. It’s a space of projection; historically, a space of fiction. Like Atlantis. A scary place that devours ships and dicks. Hosting cephalopods. Its blood, charged with hemocyanin, is blue. It is renowned for its dexterity and has great camouflages skills, not only with colour but also texture. It has a tremendous capacity to memorise, deduce and learn; its neurones are for the most present in its tentacles.

At the bottom of the Ocean lie underwater cables. They go from one land to another; the condition of connectedness, their functionality defines them. A continuous disrupted flux between two points. When they are not in use, devoid of light, optical fibre cables are called “dark fibres”. They are quite colourful otherwise and contain, concretely and metaphorically, the abstract colour of memory: the grey of things one can’t quite remember (Nina Canell, Some Notes on Cables).

So let’s imagine an interruption, let’s picture them drifting like tentacles in the furthest reaches of the sea. We wonder now where immateriality stops and materiality starts. Do they need to be inactive, unlit to be bodies? Paradoxically, sharks are attracted by their magnetic fields and mistaking them for prey, cut the signal with their fangs.

One Mimic Octopus in an Abstract Painting