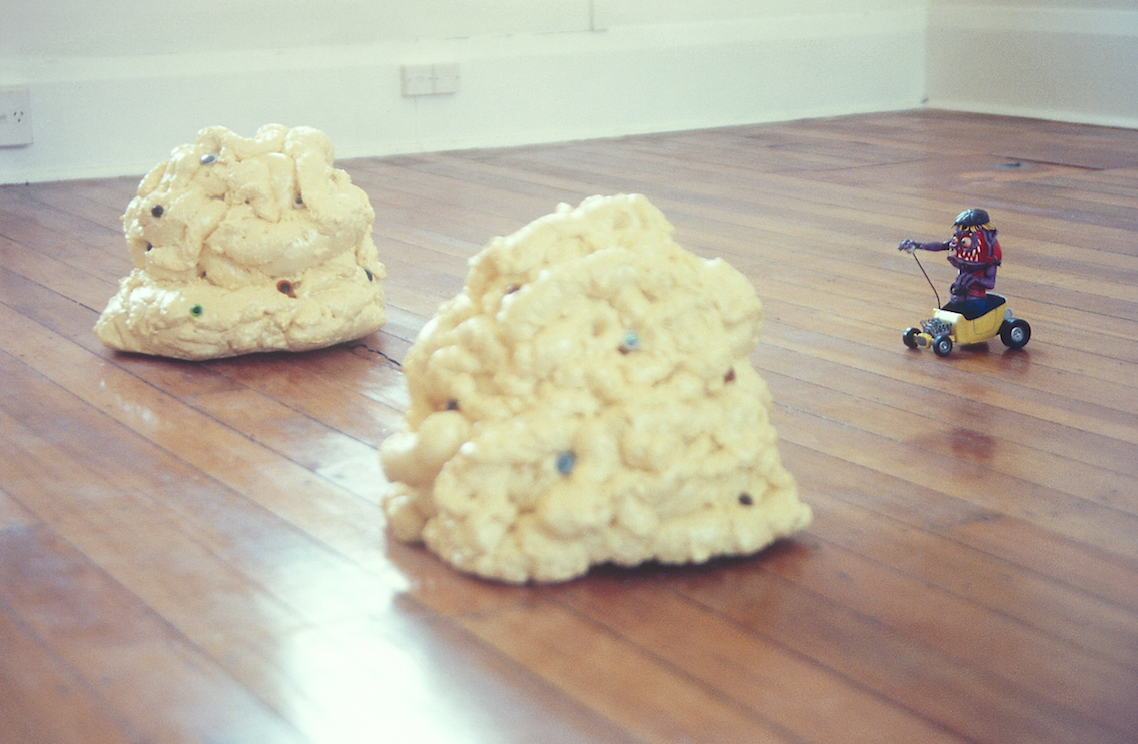 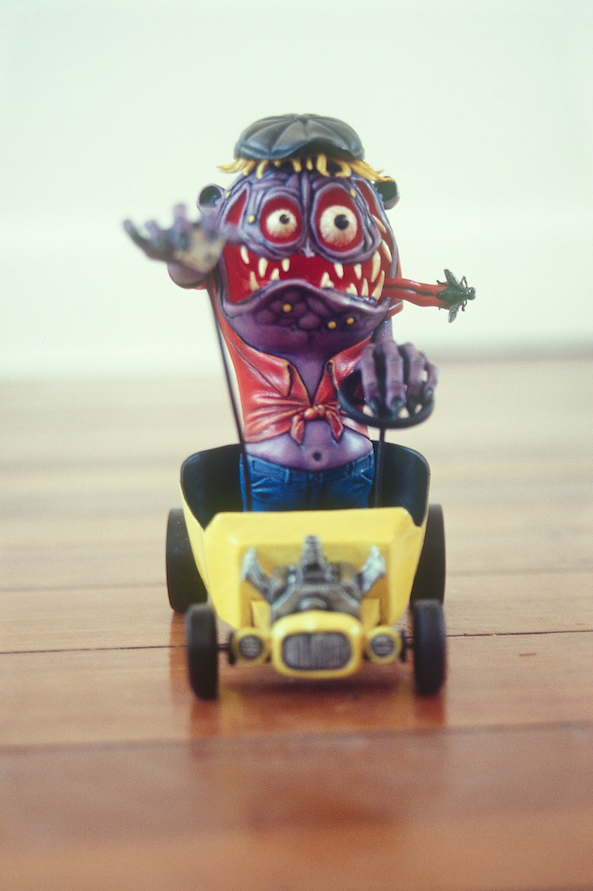 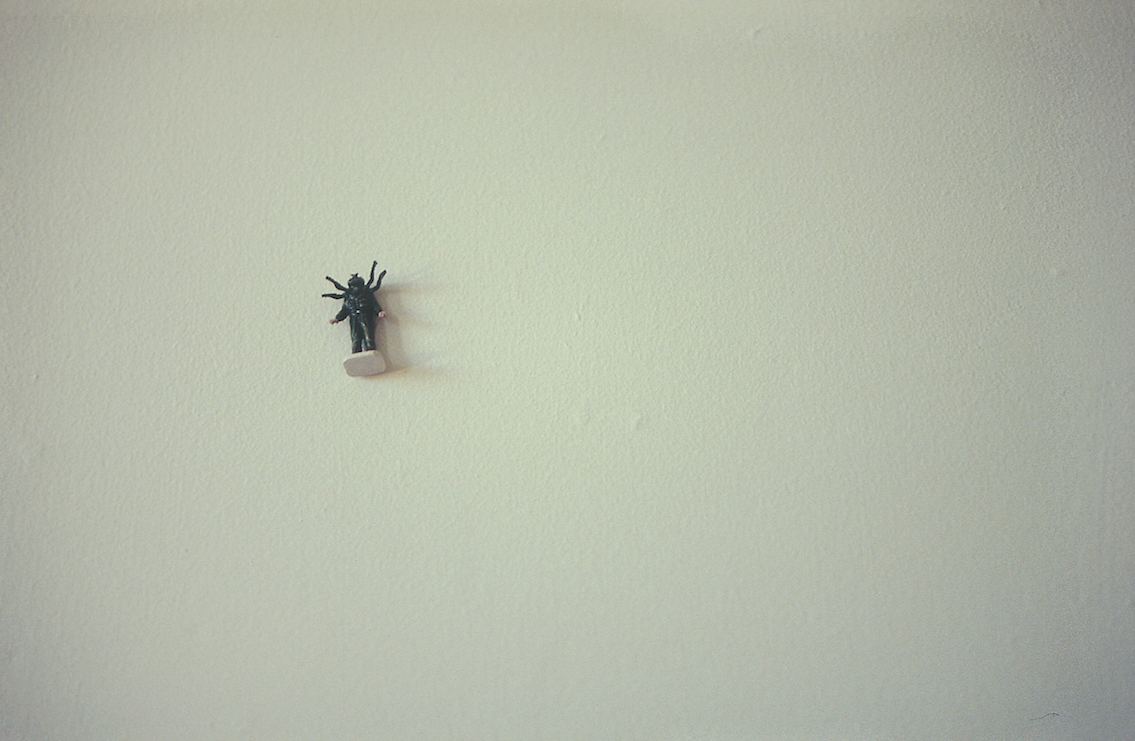 Ronnie van Hout is an artist who is similarly attracted to the period between childhood and adulthood, as a zone in which a certain degree of failure is almost a given. Recently van Hout has taken to representing larger issues (such as wars and potential alien invasions) with the paraphenalia of play. An over-grown child, van Hout uses models and miniatures to convey his adult paranoias.

In A Funny thing Happened, a souped-up hot rod model by the late great ? is placed in the centre of the room, escaping-eyes bulging and tongue lolling-from a couple of aliens. The aliens are revolting blobs, covered in multiple eyes. But it turns out they are people just like you and I, as their internal dialogue is played out via custom-made CD and hidden speakers. "Where are we?" they bleat in a panic. "Shit! Shit!" they mutter. Their mission has failed, and they are doomed. "Help me!" they cry in chorus, echoing the classic line of the poor protagonist in the 1950s film The Fly. Indeed, if you look closely, you will find van Hout has put a fly with human legs on the wall...a reversal of the fly with a human head from the movie, perhaps hinting at the parallel universe from whence the eye-covered blobs originated. At any rate, their plan for world domination is encapsulated in a framed collection of battle insignias from the very war toys with which van Hout is so obsessed. An ode in miniature to the fascistic programme of much minimalist painting, the insignias are enshrined in a white frame like so many Maleviches and Mondrians.

Cosmic propositions in a humourous package continue to consititute the van Hout oeuvre. Just as the aliens themselves are locked into a vortex of doom... living their life in an earthling's art gallery and perpetually reenacting a crash landing. Nietzche's "eternal return" meets the pizza-monsters from Star Trek in an unnerving but ultimately comic tableau.