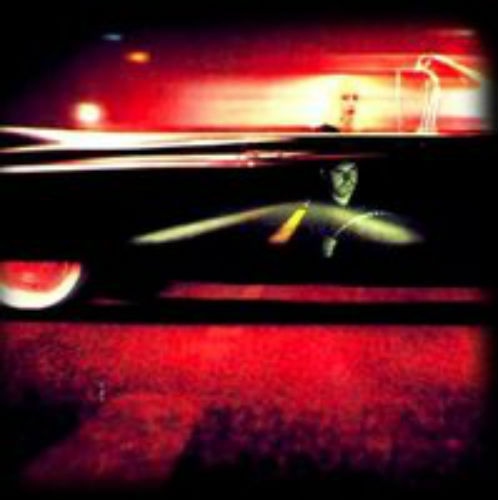 Janne Vanhannen is a Finnish scholar of aesthetics from the University of Helsinki who is currently Artist in Residence at Auckland University's Elam School of Fine Arts. Vanhannen is interested in the junctures of contemporary philosophy, technology and art. Janne will give a public talk at The Physics Room titled Black Screen, White Noise: beyond the face in David Lynch's 'Lost Highway'.

Black Screen, White Noise approaches David Lynch's film Lost Highway as a diagram of blackness and whiteness, under and over exposure, and their combinations, as veils and textures both covering and trying to represent something which can be approached only indirectly. Furthermore, the analysis uses the concept of 'faciality' (a term used by Deleuze and Guattari to describe the intersection between significance and subjectification) to explore various processes of signification and subject-formation.

Blackness and whiteness, the fade-outs and white-outs of the movie come together under the concepts of black hole and white wall, referring to the sites of subjectification and signification respectively, which combine to produce a subject in the function of faciality. However, Vanhannen wishes to establish that Lynch succeeds in going beyond the face, beyond subjectification, where, through the horror of the face, we find the unpresentable, void, death, outside, along the journey to the unknown on the Lost Highway.

Vanhannen's writings have appeared in Taide ("Art") magazine, in Ctheory electronic journal and he presented Loving the Ghost in the Machine: The Aesthetics of Interruption recently at the Refrains Conference in UBC Vancouver, Canada. AS JV*C, Vanhannen's low-tech photocopy graphic designs, have appeared on posters and limited-edition recording. He can sometimes be found DJ'ing in various low-key occasions.

Presented in partnership with the Canterbury University School of Fine Arts.