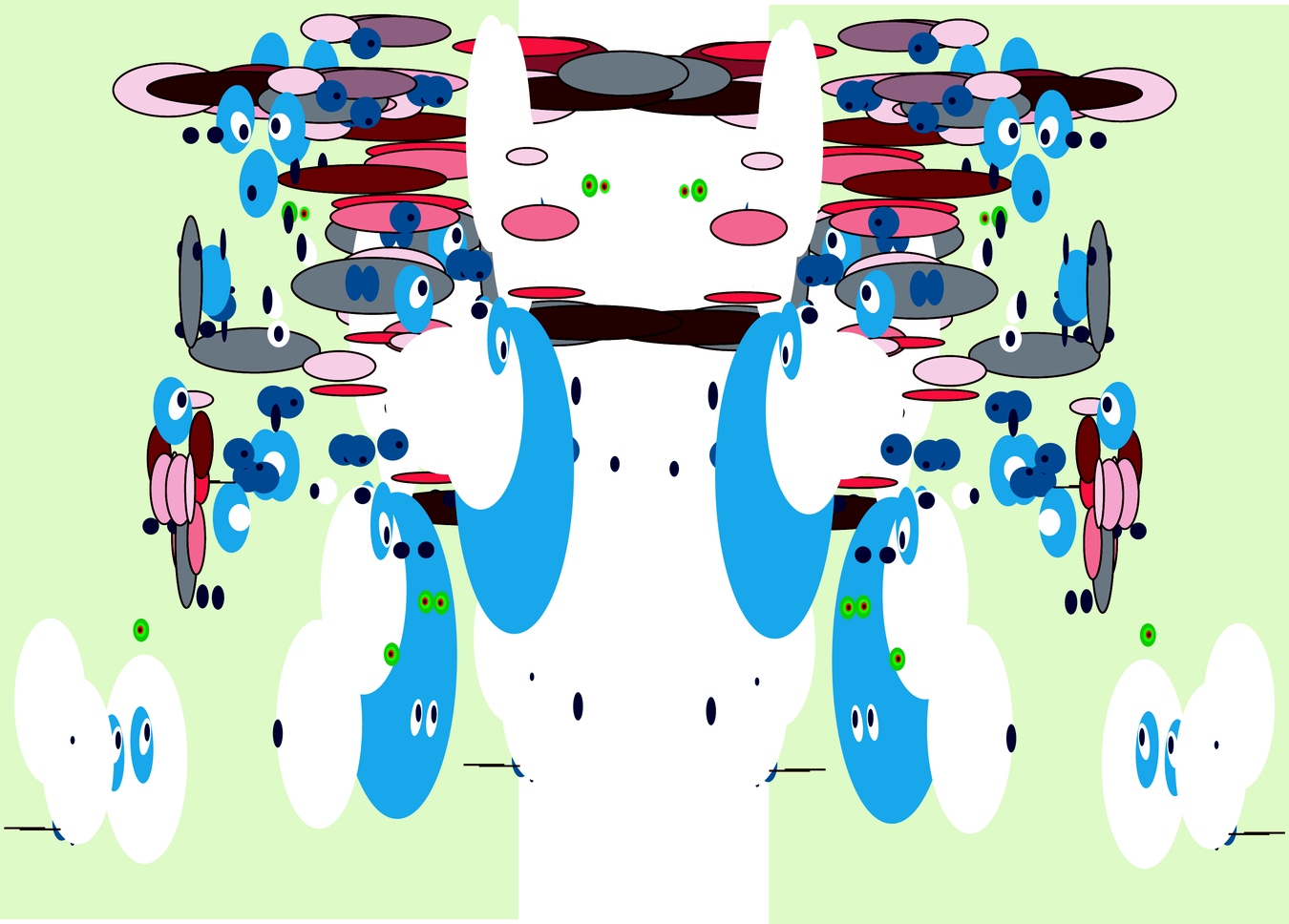 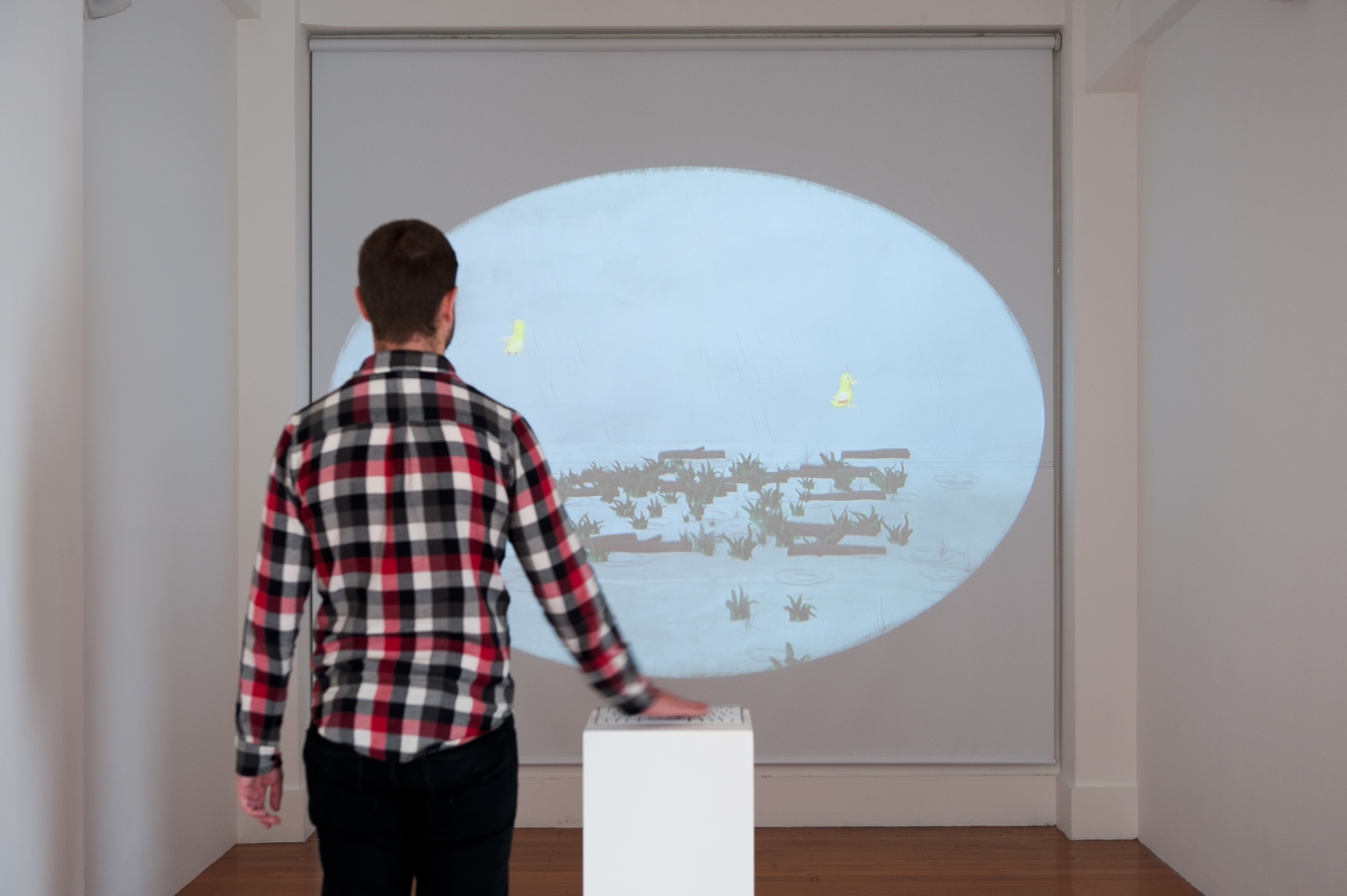 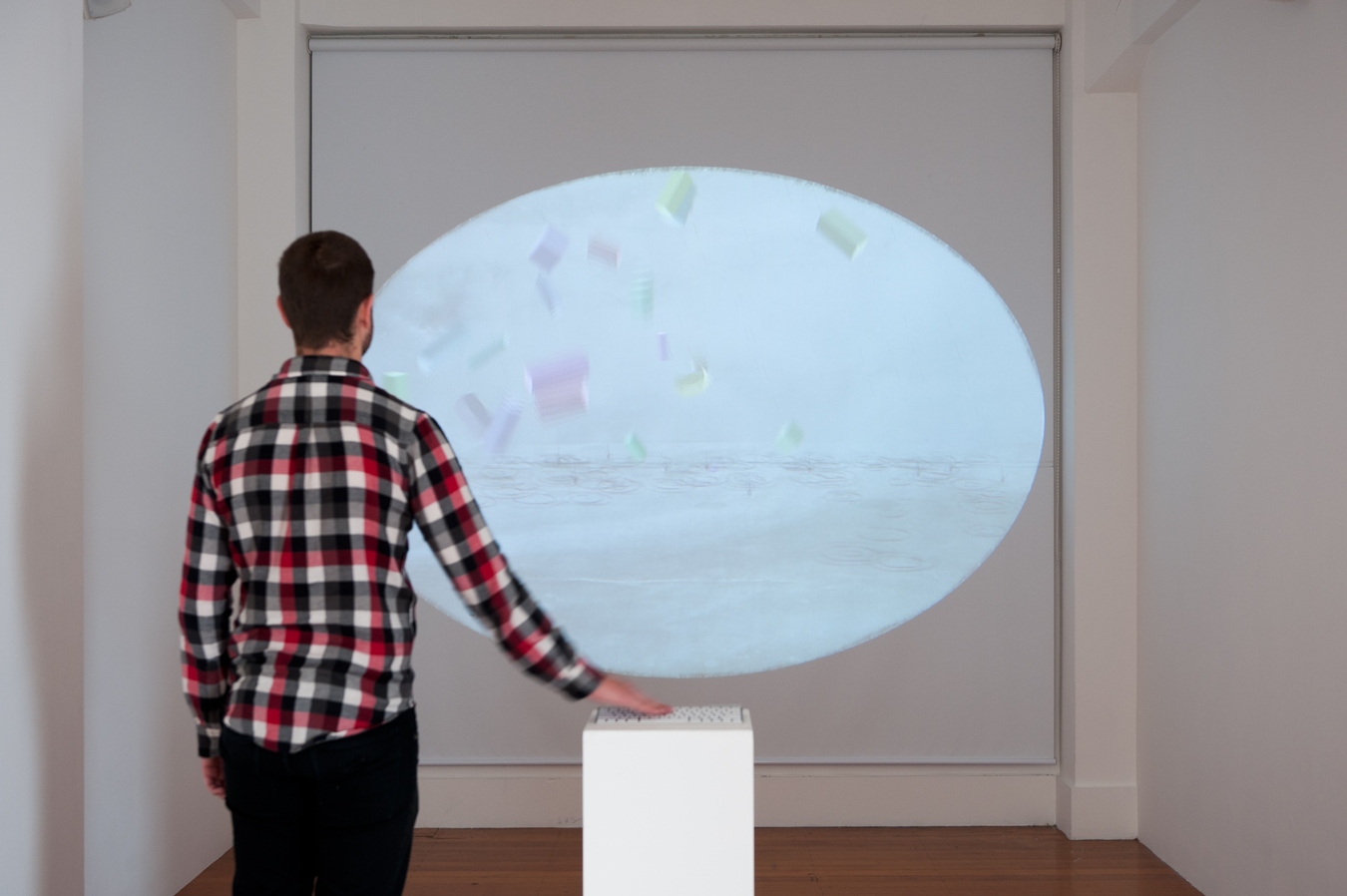 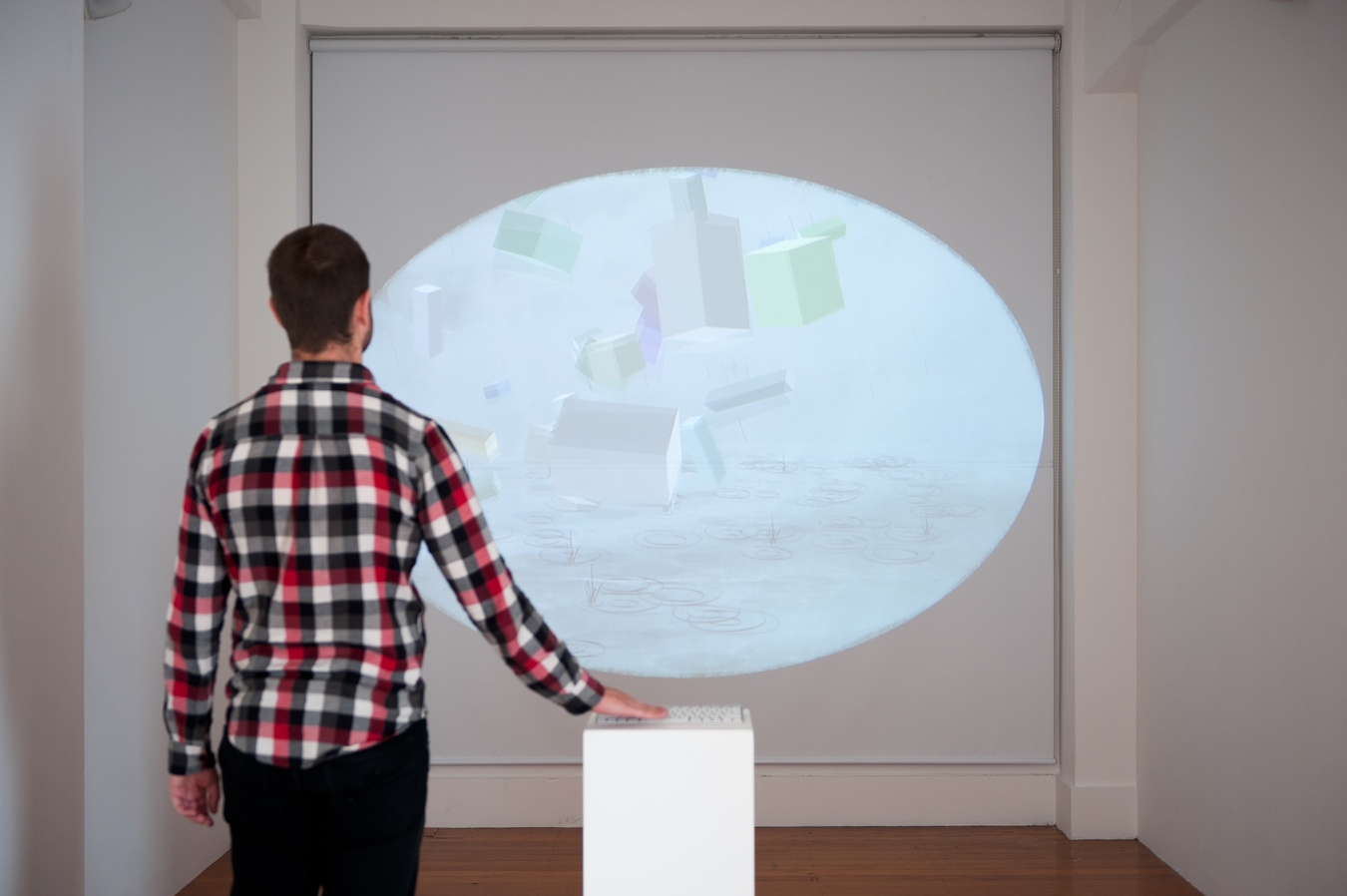 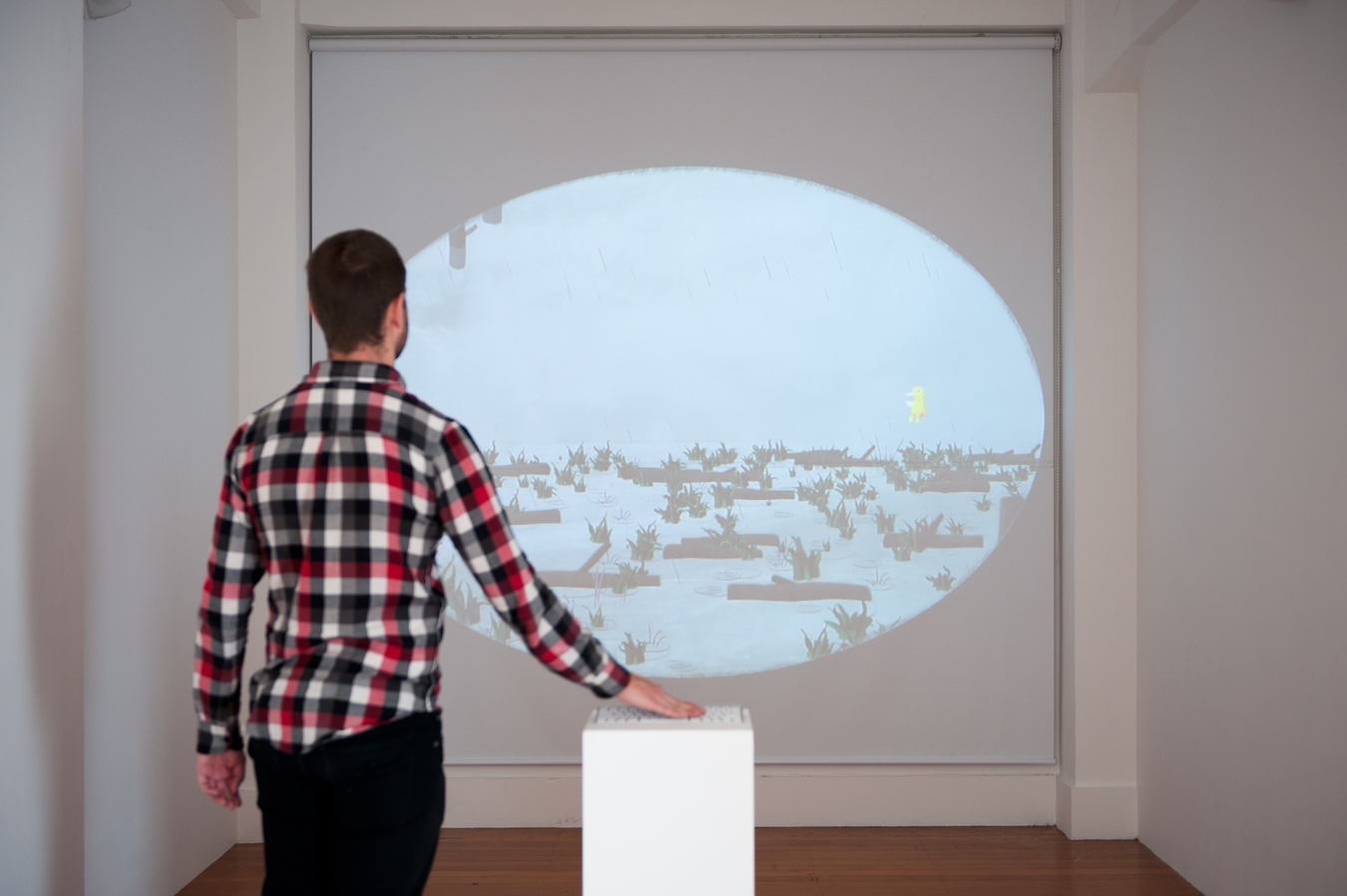 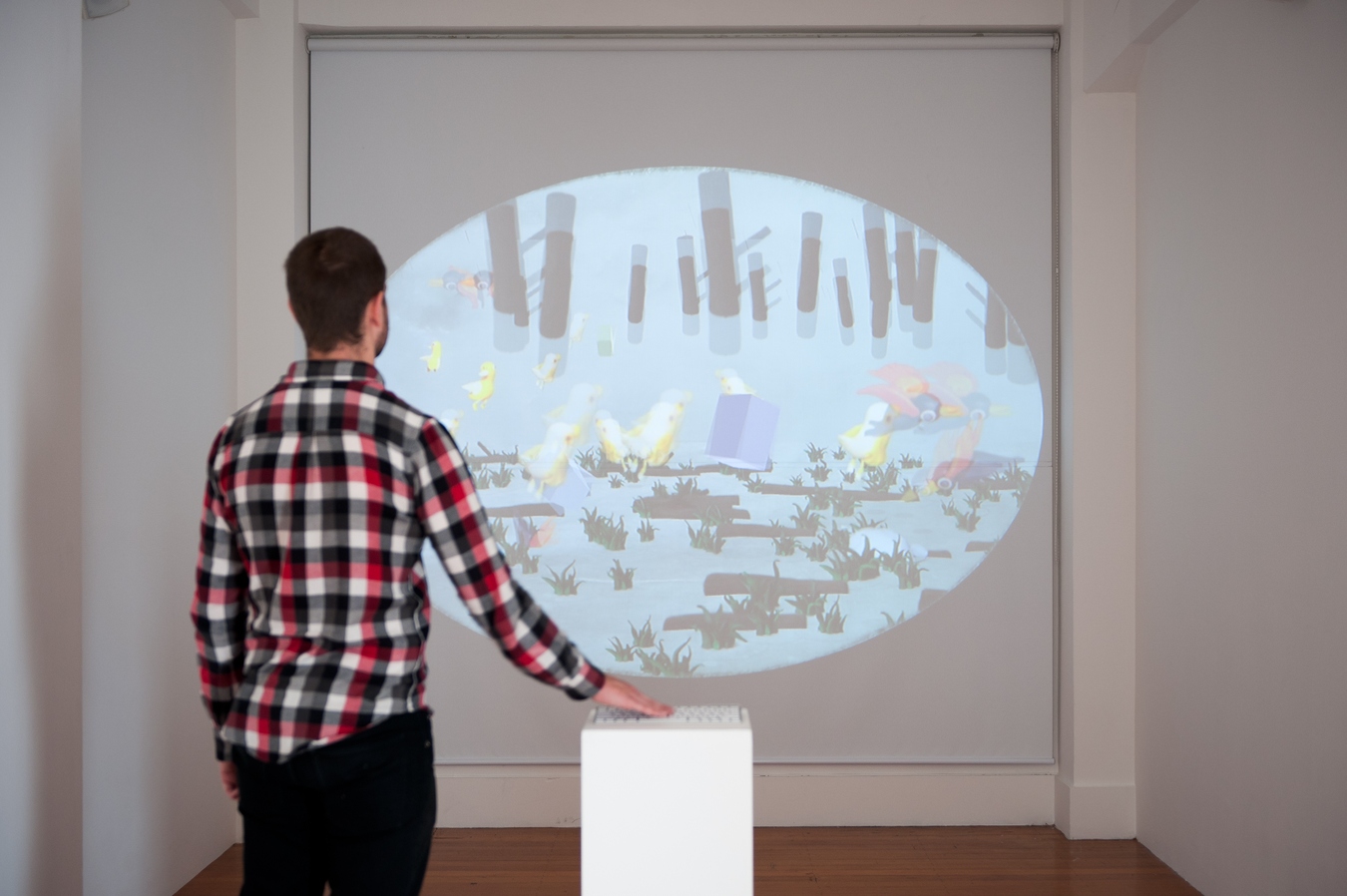 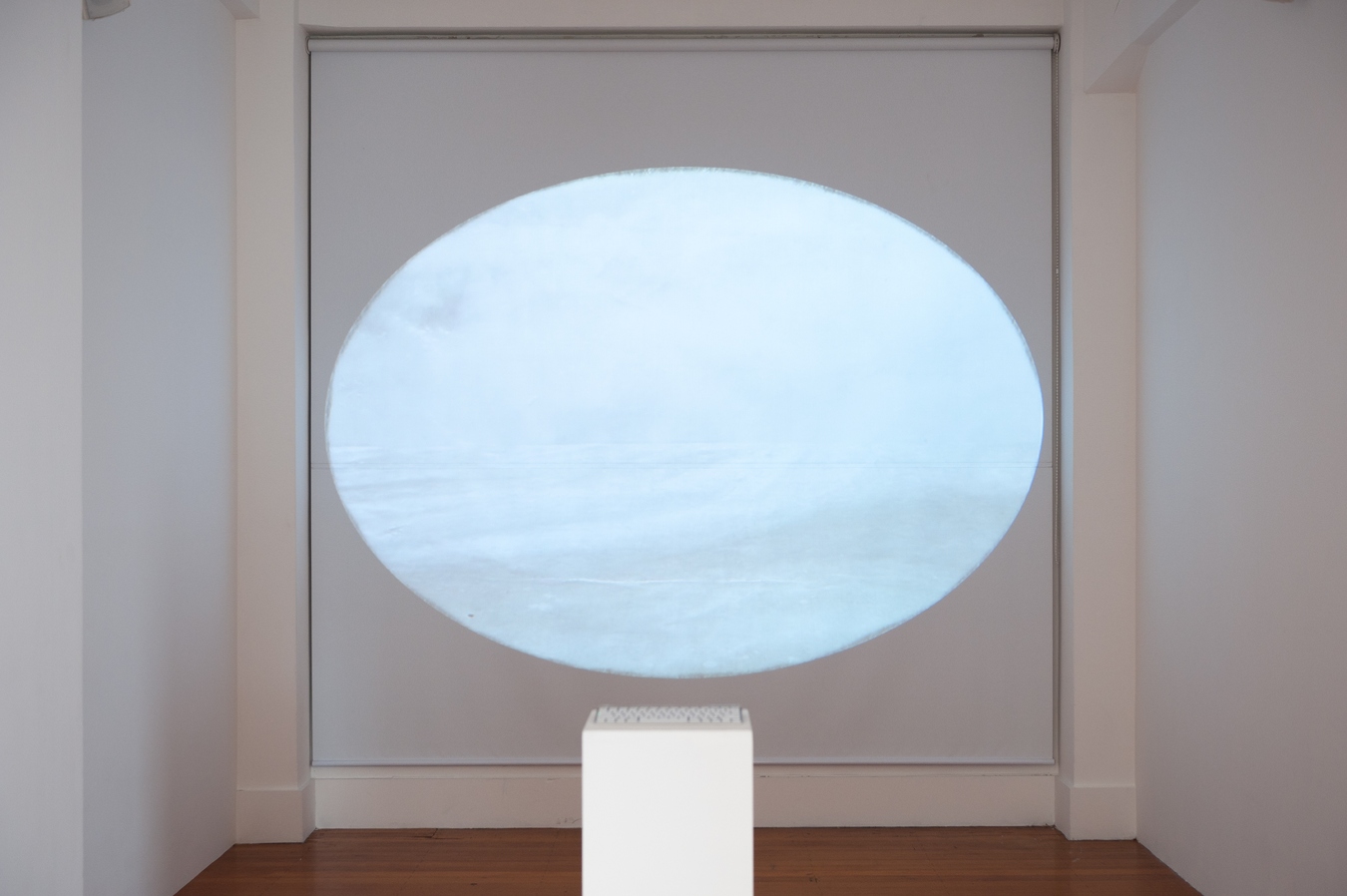 Seung Yul Oh’s exhibition Bok features his recent Rain project, an online artwork realised in collaboration with Auckland interactive designer Jeff Nusz. On entering the gallery visitors are met with a video projection screening an empty grey field and an accompanying keyboard. Once the keystrokes are entered, Oh’s field becomes an absorbing game-like world where 3D shapes, animals, plants and other items randomly enter and move across the screen. Each of these actions is accompanied by absorbing game-like sounds and music composed by Berlin-based musician Luke Munn and Auckland composer Mike Newport.

The title Bok is a Korean word that translates as luck or good energy. It stresses the highly visceral and kinaesthetic experience of liberally gliding hands over the keys which can be likened to our earliest simple interactions with childhood toys. Bok also has an onomatopoeic quality which recalls a child’s first attempt at speaking: “Bok!”.

This is Oh’s first foray into working digitally and his recent sculptures have also explored the potential of direct interaction. His suite of sculptures entitled Oddooki, for instance, invited the audience to push and wobble large egg forms which through their cartoon-like appearance recall East Asian pop culture references which have greatly influenced Oh’s work to date.

Seung Yul Oh was born in 1981 in Seoul, Korea and is currently based in Auckland. He holds a Master of Fine Arts (2005) from Elam School of Fine Arts at The University of Auckland. Oh was the 2010 recipient of the Harriet Friedlander Residency and won the Waikato National Art Award in 2004. His solo exhibitions include Bogle Bogle, The Dowse Art Museum, Wellington (2009) and Oddooki, Te Papa, Wellington (2008 - 09). Oh is currently undertaking a residency in Seoul where he will be producing a solo exhibition at ggooll, an artist run project space founded and managed by the influential Korean artist Choi Jeong Hwa. He is represented by Starkwhite, Auckland.

Rain was commissioned by Screens, an online gallery for art interactives which receives substantial support from Creative New Zealand. Rain is also viewable at their website.