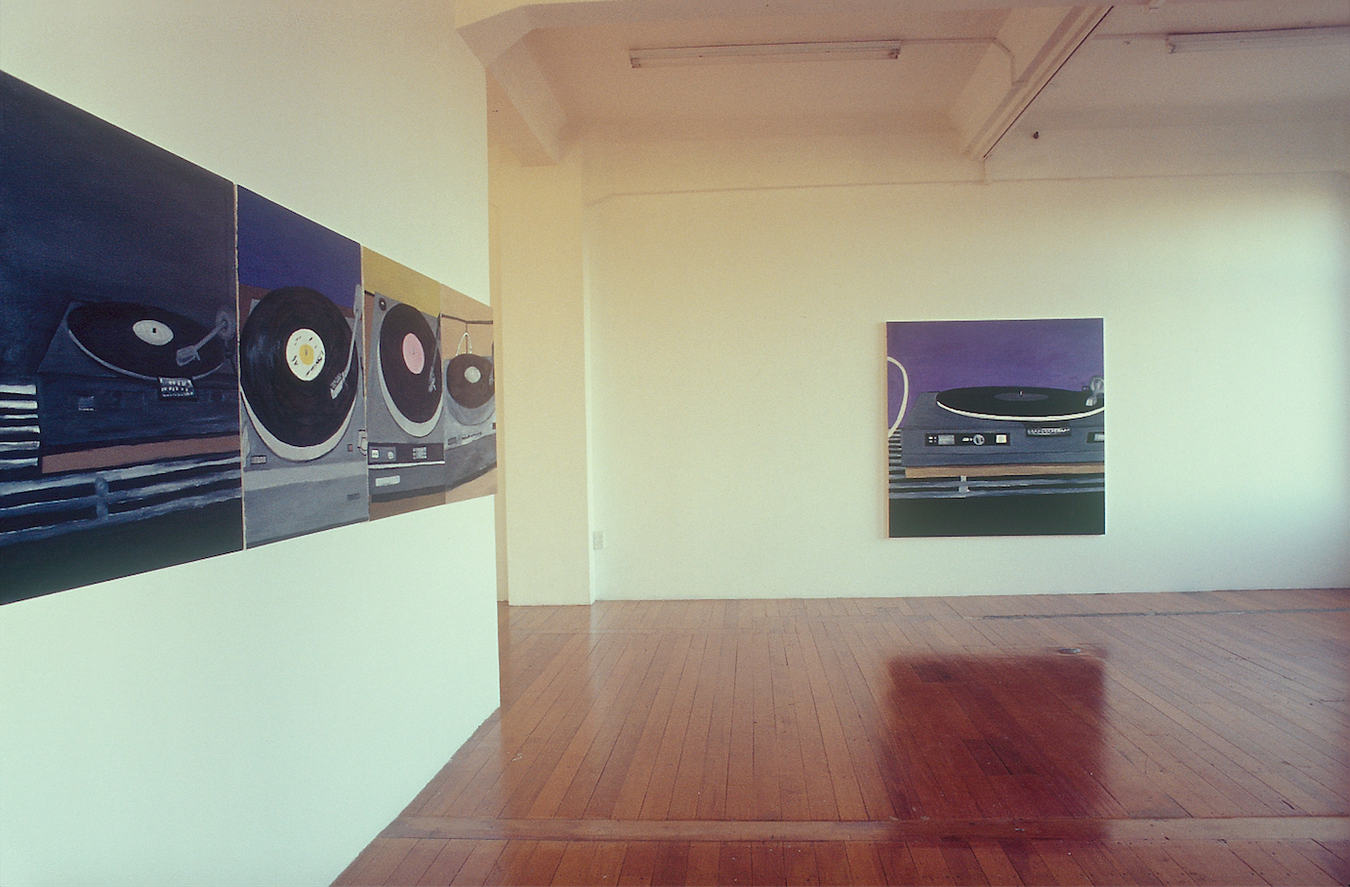 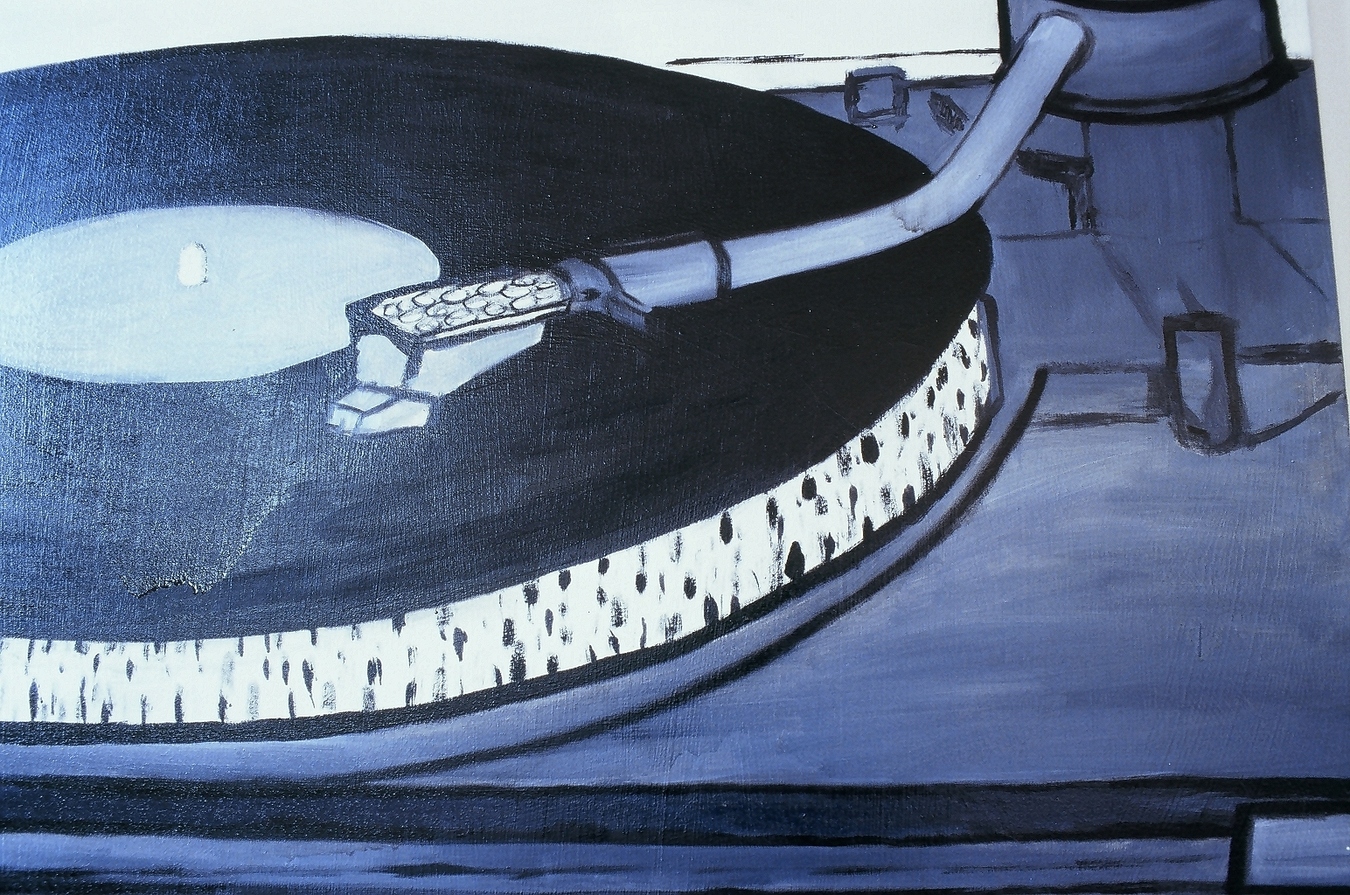 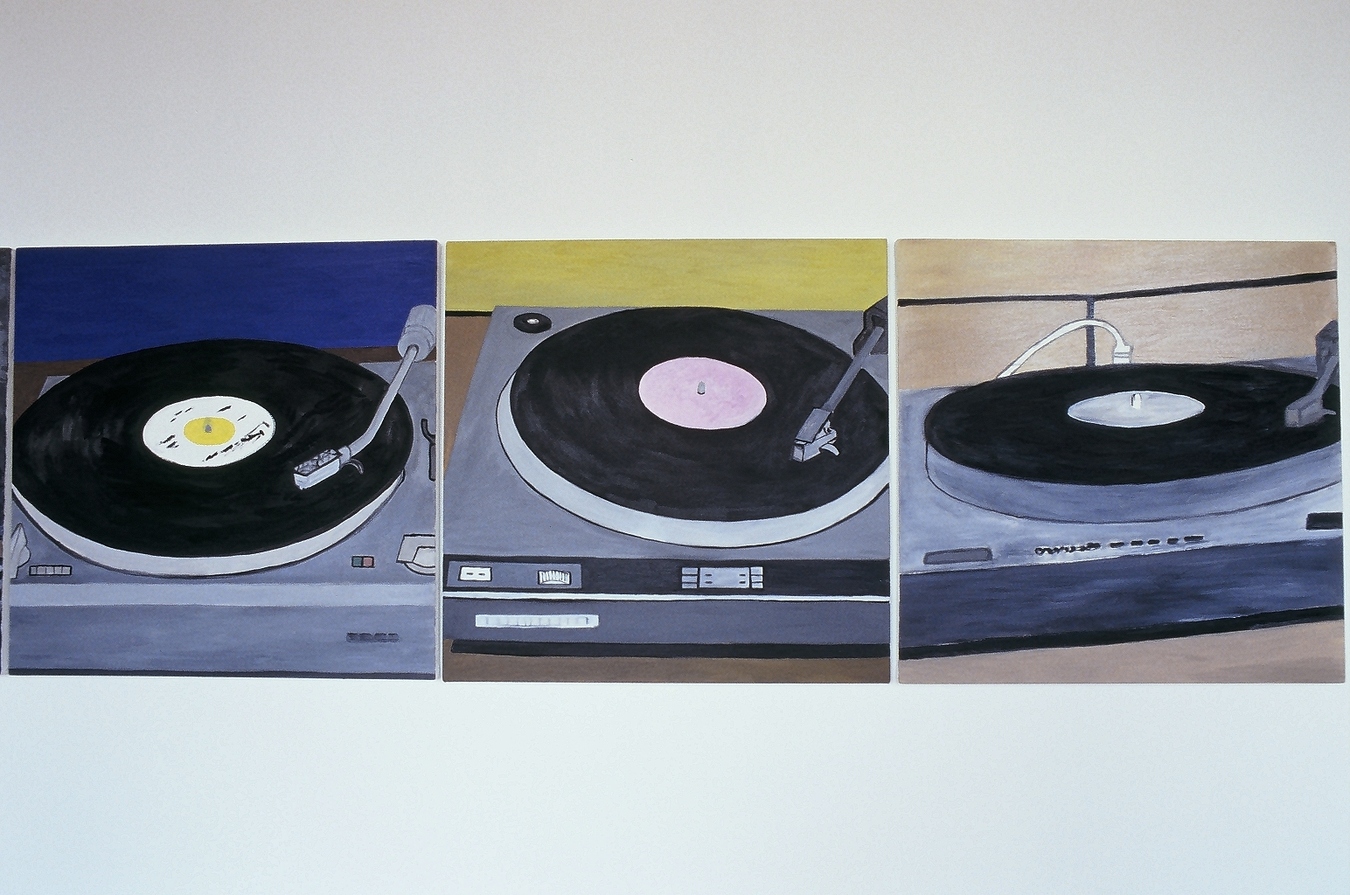 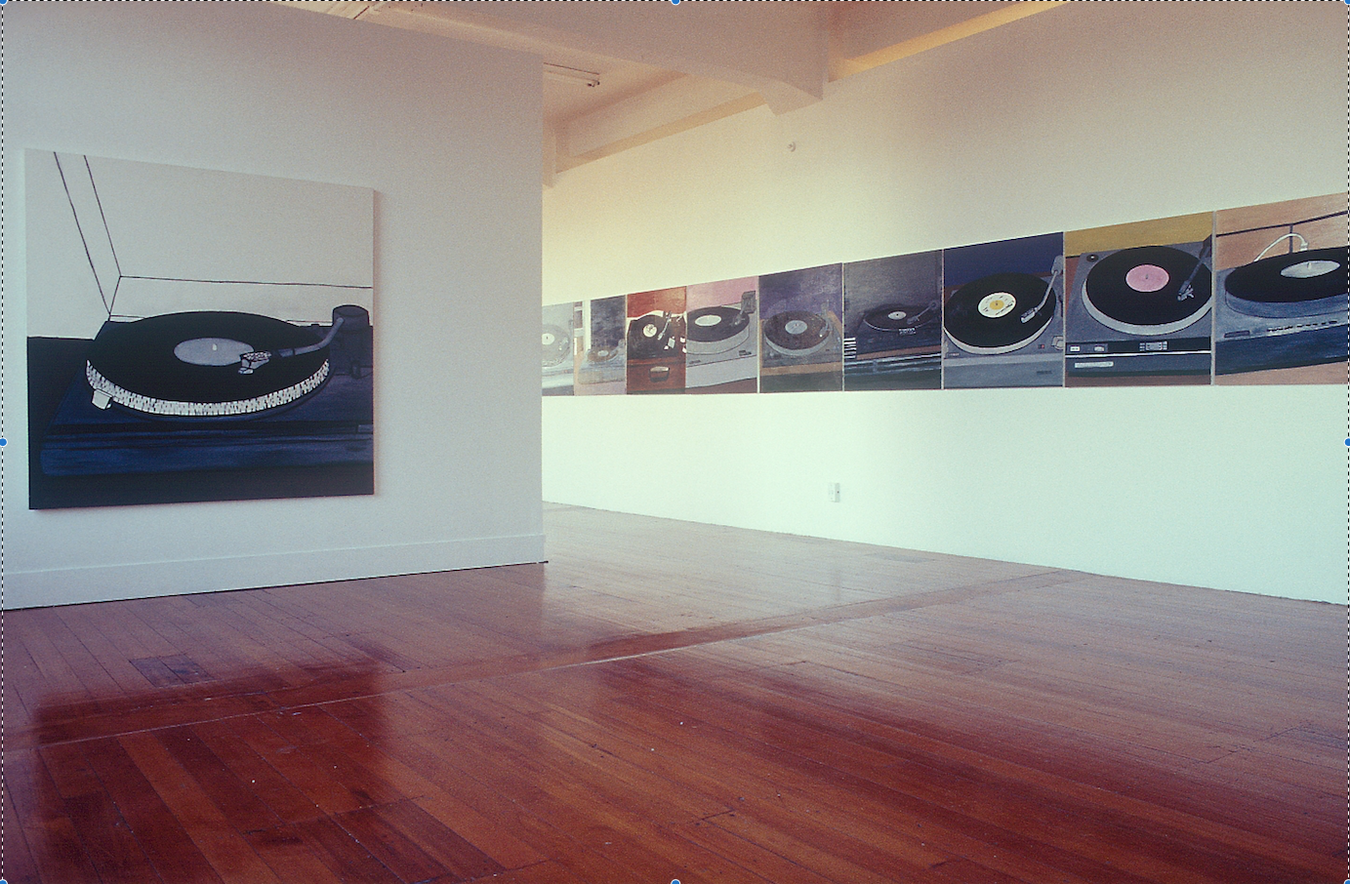 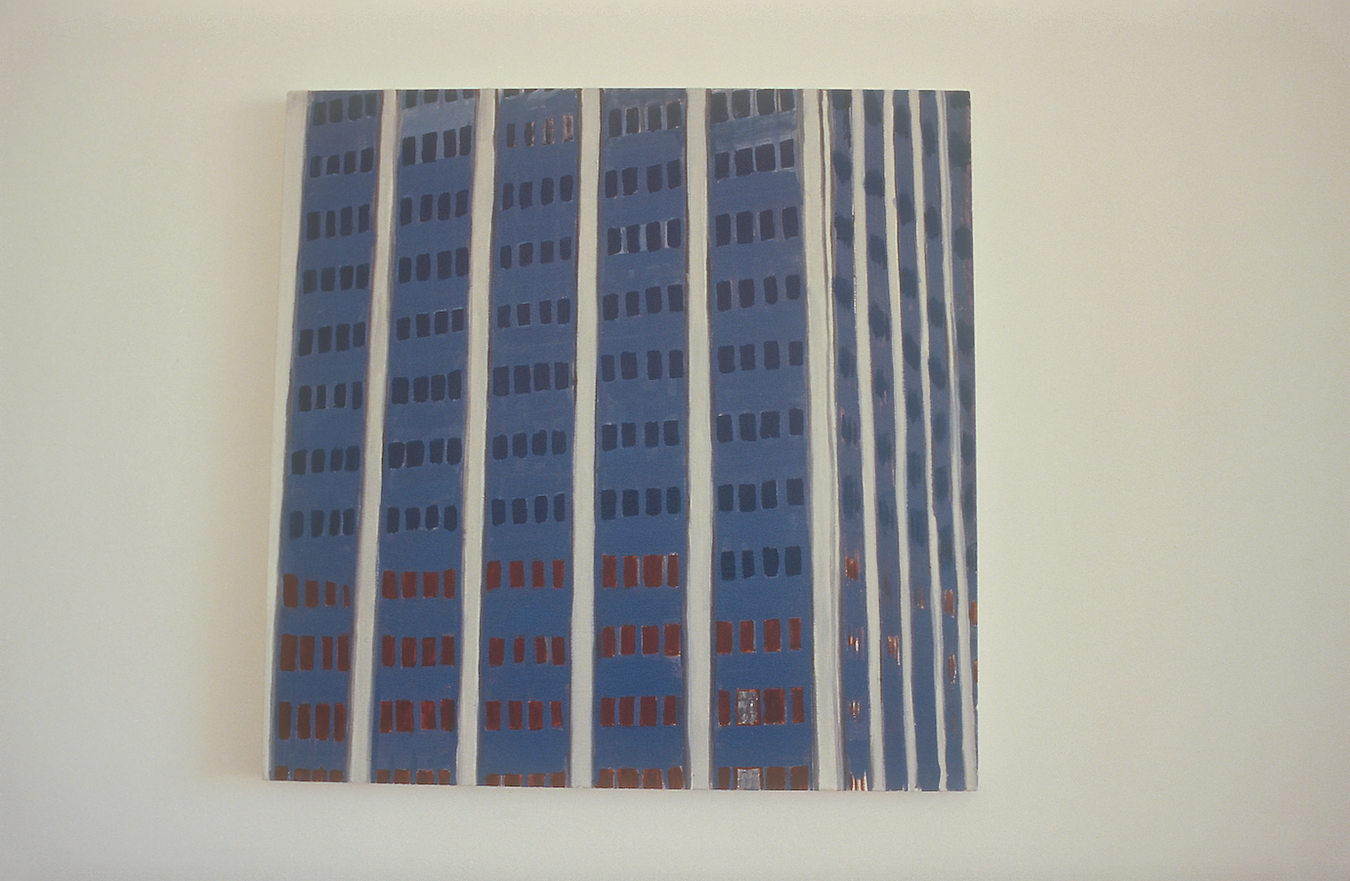 The 12" vinyl record and turntable are the subject for the series of paintings. Morley states that, 'the paintings are an attempt at examining the gap that exists between the knowledge (or not) of recorded material held by the viewer. Each painting is titled after a particular album released as a 12" vinyl record, thus identifying something to the viewer that they will either recognise or not' .

Each painted record is positioned on a record player with the tone arm extended across the disc to imply playing. 'This investigates how sound is a peculiar abstract phenomena, like ghosts or apparitions, except that we cannot generally see sound, except for synasthetes. We do however possess the ability to hear or feel sound because of the physics of sound ' Morley says.

Morleys second group of paintings are of buildings. These explore the absence of sound. The buildings are all unidentified buildings but are sourced from images Morley recorded over the last ten years from visits to large cities, mostly New York , San Francisco , and Los Angeles. The buildings are rendered as mute objects, devoid of their general relationship to the city and humans.

Humiliation vs. Stereo
The Package
Jkasper

Humiliation vs Stereo: article in The Package (pdf)