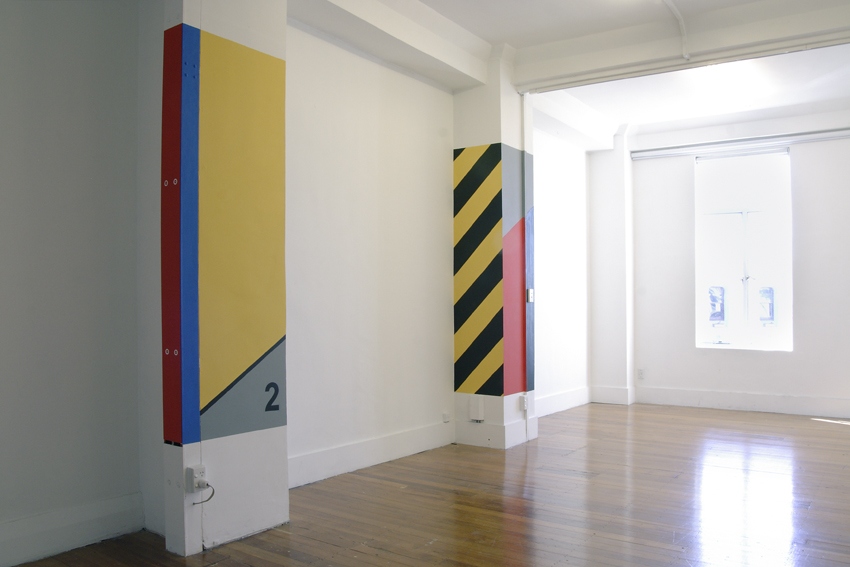 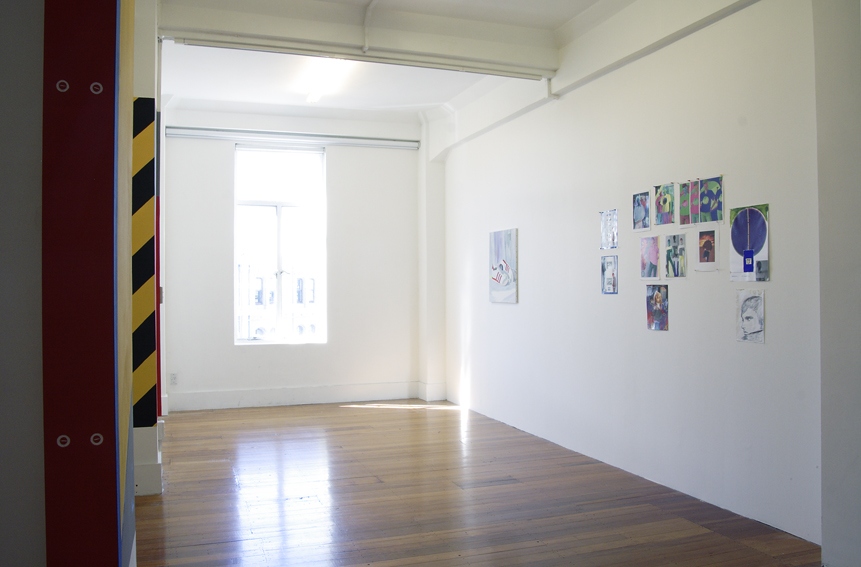 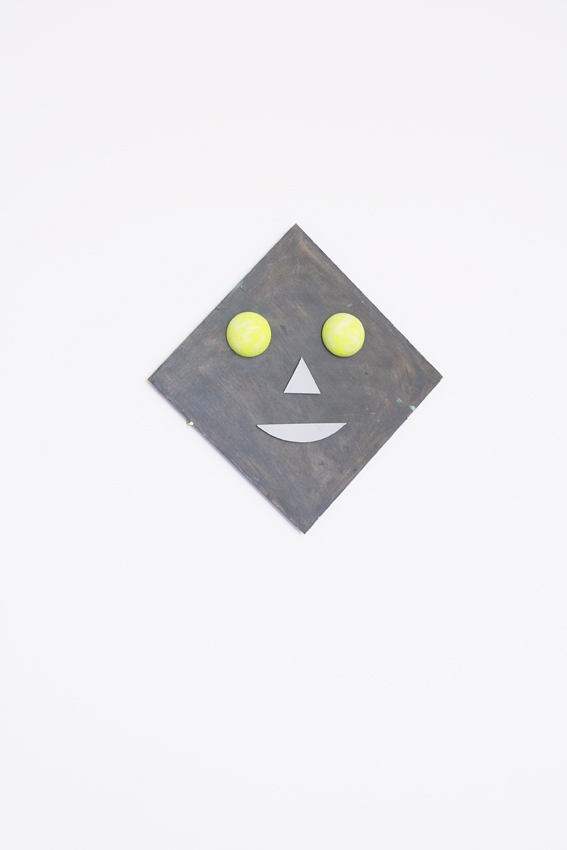 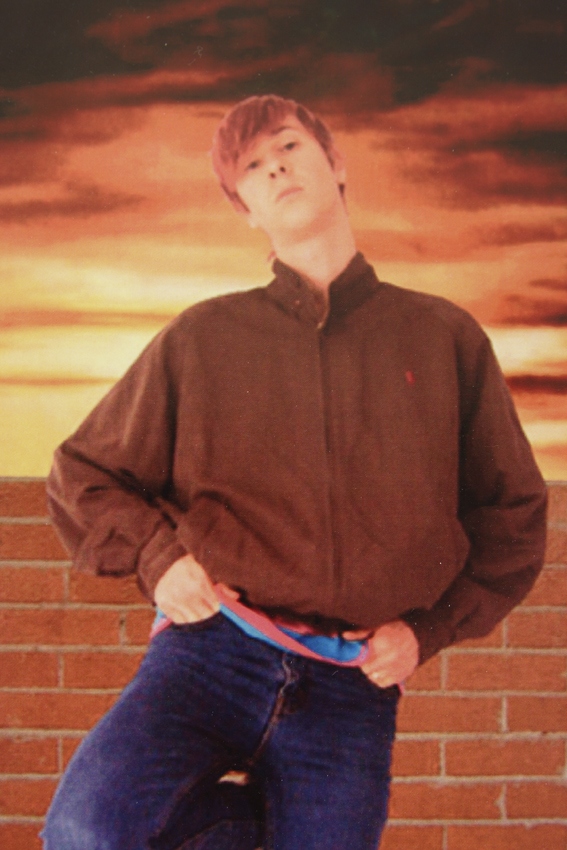 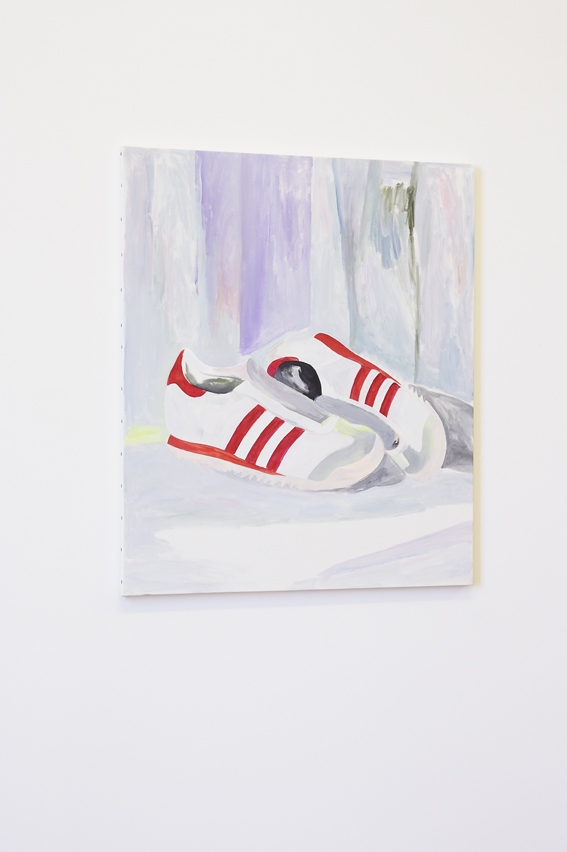 Christchurch-based British artist Kit Lawrence's painting practice layers cultural and art historical motifs and explores the threads that links past and contemporary milieu. Feel Every Beat gleans its title from Electronic, the early 90's supergroup featuring Bernard Sumner (New Order) and Johnny Marr (The Smiths). The intoxicating, acid-induced world made infamous by these musicians (and Factory Records haunt The Hacienda) meld with the artists' interest in the possibilities for painting in the 21st century and a starting point for viewing the cultural landscape of his upbringing.

Riffing off this period the gallery space becomes a sketch pad, electrified by a Hacienda-inspired mural with hazard stripes, a portrait of an anorak wearing youth in a long overdue tribute to the epoch defining Adidas Rom training shoe, and a series of hectic digital collages with a passing nod to the 'Casual' era the artist is a product of.

Lawrence was born in the north west of England in 1977 and has lived in Christchurch since 2004. He has exhibited internationally since leaving university in London in 1999 and is a member of the band Pig Out. He currently wears blue/red Adidas Questar II and reissue sand-leather Clarks Wallabees. Recent exhibitions include 2006: WORK IT!, Michael Lett, Auckland; BILLITON TITAANZINK, Room 103, Auckland; Social Whirl, The Bicycle Thief, Christchurch; High Street Project, Christchurch; 2005: Factory Workers, Riva Gallery, New York.