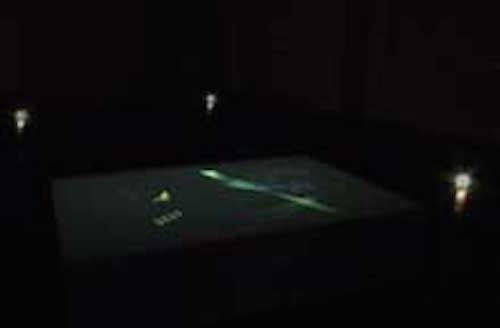 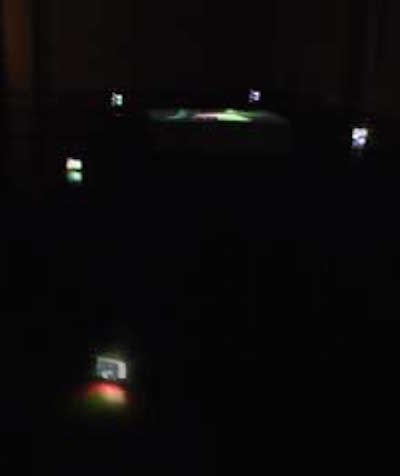 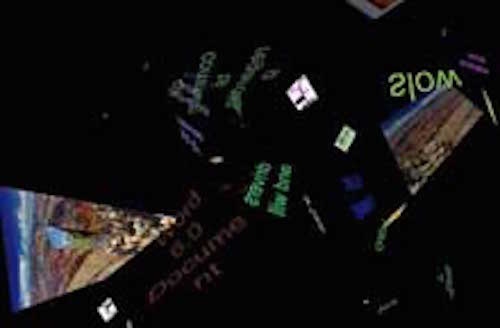 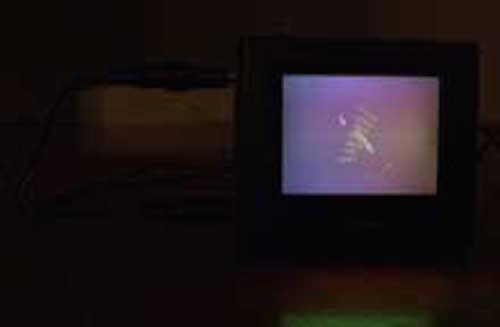 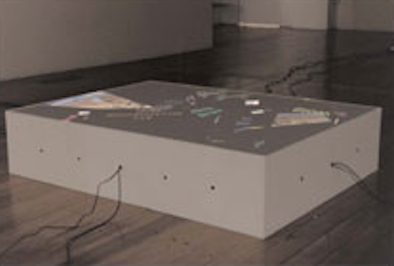 Digital artist Mary Flanagan is currently an Associate Professor of Art at the University of Oregon, where she teaches about gender and technology, cyberculture, interactive media, and sound design. She was recently chosen to exhibit her internet work [collection] as part of the prestigious 2002 Whitney Biennial in New York. This was only the second Whitney Biennial to include any internet based artworks. Mary Flanagan has also worked in the commercial field of computer software production, and has co-edited Reload, an anthology of essays exploring issues of gender and cyberculture. Flanagan's art practice is primarily concerned with exploring issues of identity, gender, memory and culture in virtual spaces. Her works also investigate the relationship between individuals, communities and the technologies we use.

[phage], her project for The Physics Room, is a computer virus created by the artist which explores the architecture of the computer it invades. Here, Flanagan's own laptop is being explored: random pieces of text, sound and image are pulled up from the computer's hard drive, creating a dreamlike web of floating exerts of data - at times appearing as nonsensical gibberish, and at other points revealing personal information. In [phage] the machine becomes not just a tool to be used, but a palimpset of experiences and memory. Flanagan has created the necessary code, but the computer now drives the artwork as a dynamic artificial life form.

[phage] and other works by Mary Flanagan can also be viewed on-line at: www.maryflanagan.com

Reviews, Essays & Articles
`Virus' art takes viewers on journey to heart of computer
The Press, 2002 Aug. 6, p. C5
Americal digital artist Mary Flanagan has created a computer virus to explore the architecture of the computer it invades. Result is (phage), on view at The Physics Room.

Computer virus as artform
Christchurch Star, 2002 July 24, p. B2
Americal digital artist Mary Flanagan has created a computer virus to explore the architecture of the computer it invades. Result is (phage), on view at The Physics Room.

Mary Flanagan,'[phage]: a feminist poetics of the machine (pdf)