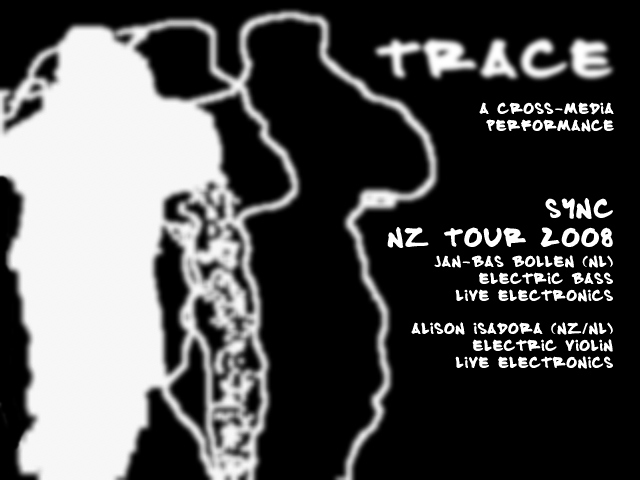 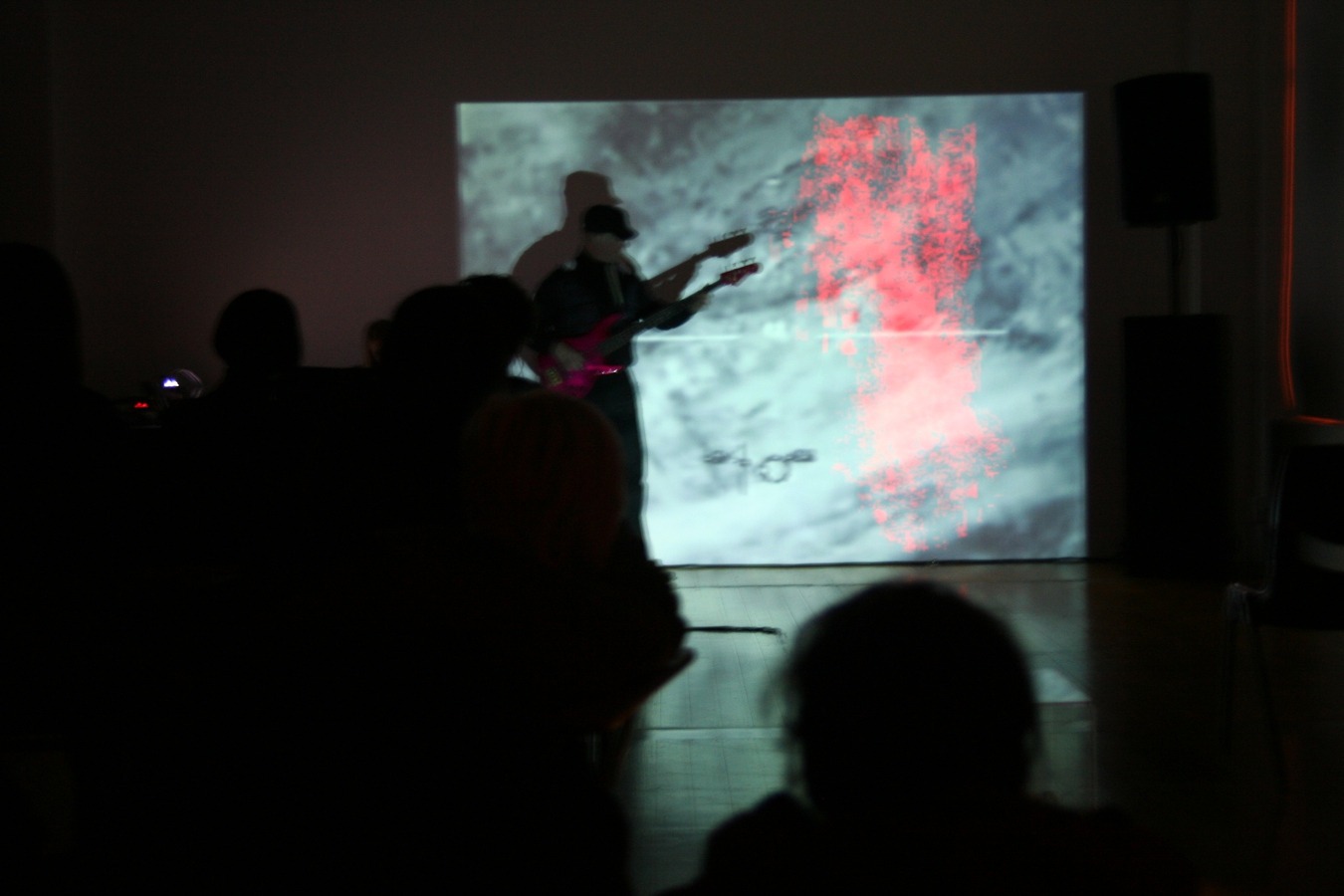 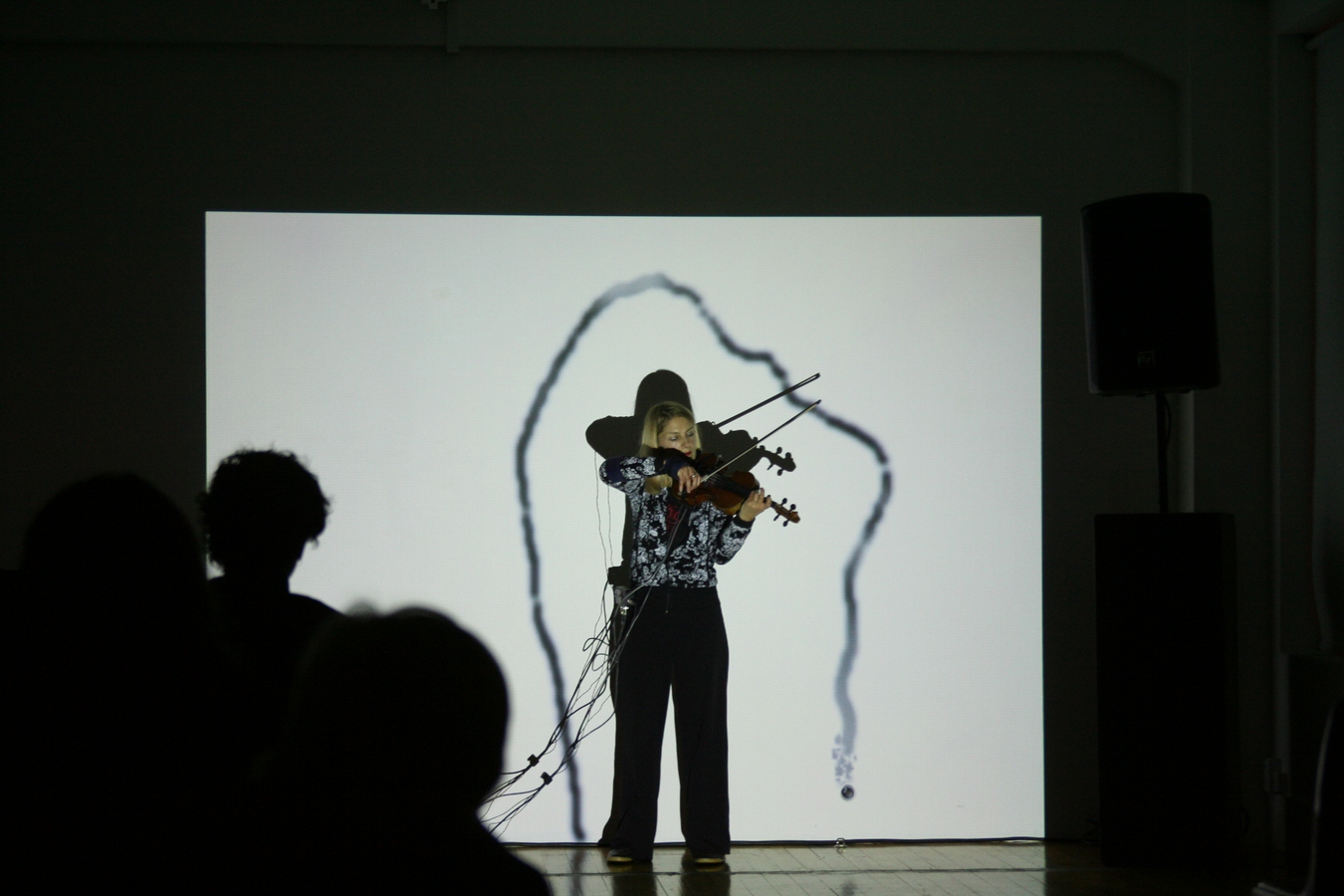 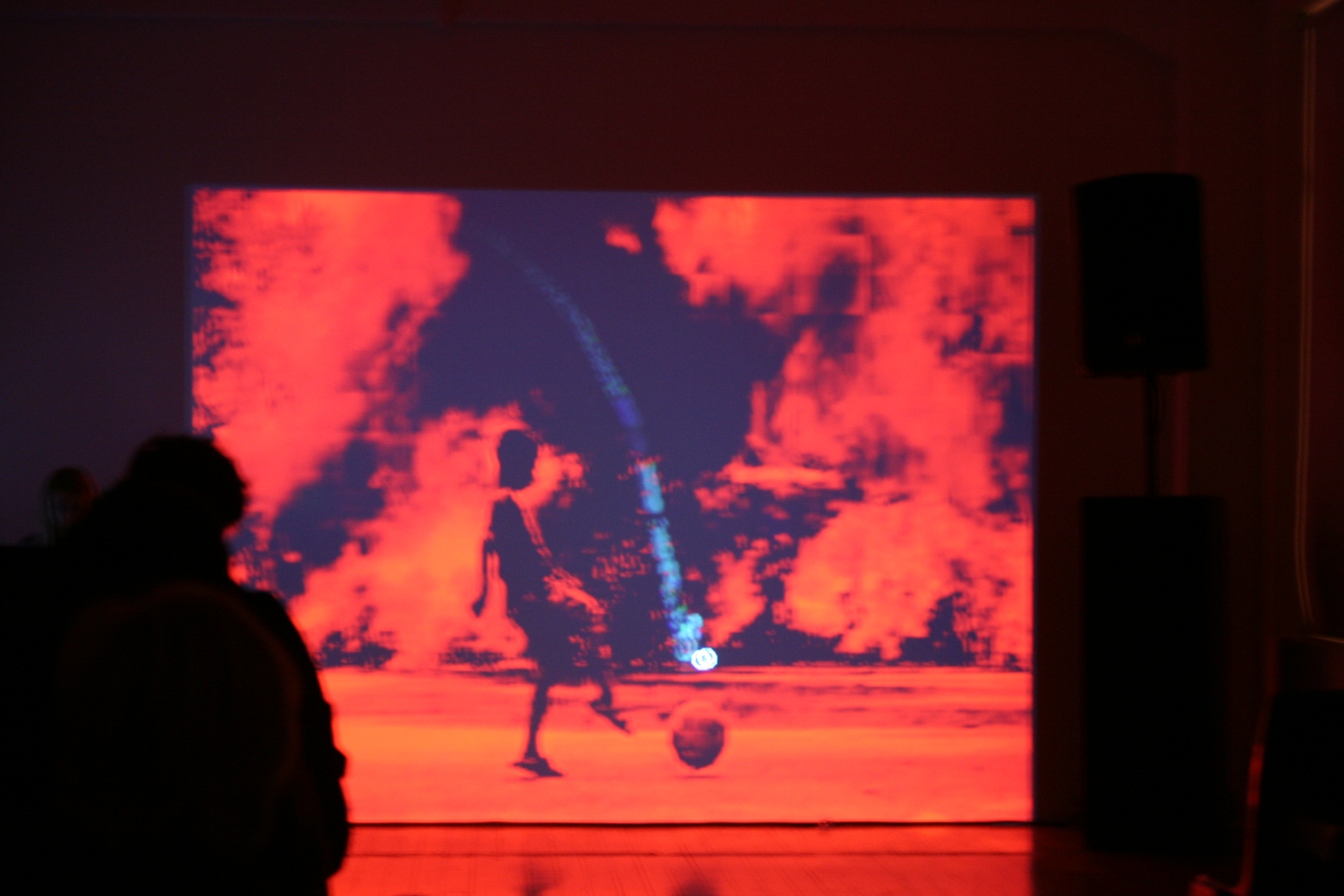 Performing as SYNC, Alison Isadora (NZ) and Jan-Bas Bollen (NL/NZ) have worked together on interdisciplinary performances since their popular 1995 show Hoofdwas, a composition for a midi-controlled washing-machine, live electronics and mezzo-soprano.

TRACE is a new cross media performance that was premiered in the Netherlands earlier this year. During July 2008, SYNC will be travelling through New Zealand to present TRACE within a combined performance/lecture format.
Jan-Bas Bollen regularly performs solo electric-bass throughout Europe and is also a member of Peter van Bergen's seminal group LOOS and the new offshoot LEAMO. He is frequently commissioned by ensembles wanting to explore interactive electronics in the realms of audio and projected image.

Alison Isadora has been a performing composer within numerous groups in the Netherlands including Hex, Gending, the Maarten Altena Ensemble and her own group The Electric Aardvark. Her works have been performed in the Pacific, Europe and North America and she has become increasingly interested in the possibilities of connecting music to other disciplines and in the ways realtime electronics can assist this process.

Both Isadora and Bollen are active in tertiary education in the Netherlands. Bollen teaches electronics and composition in Rotterdam Conservatorium, Enschede and Zwolle. Isadora gives classes in music to choreographers in Arnhem and runs a music-theatre project for theatre-makers and composers in Utrecht. Many of Isadora's recent works deal with cultural identity and the use of biographical material. She performs as both a soloist and in ad hoc combinations.

TRACE-Studies in Audio Theatre is a 60 minute programme consisting of a number of works dealing with the consequences of loss and alienation. The work considers on a poetic level the dynamics of trauma and tracks the role that time can play.