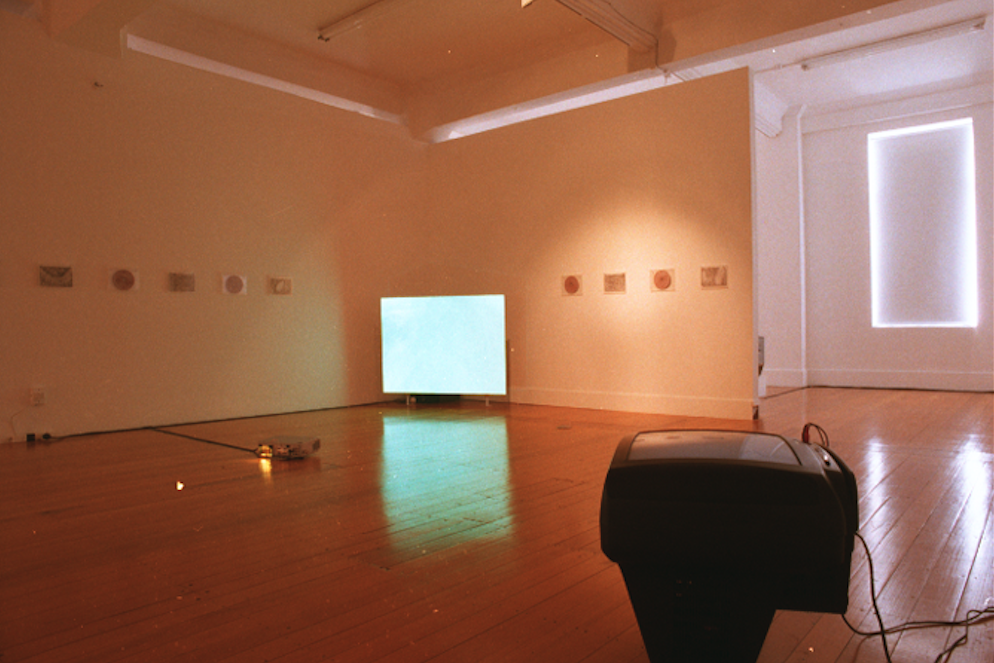 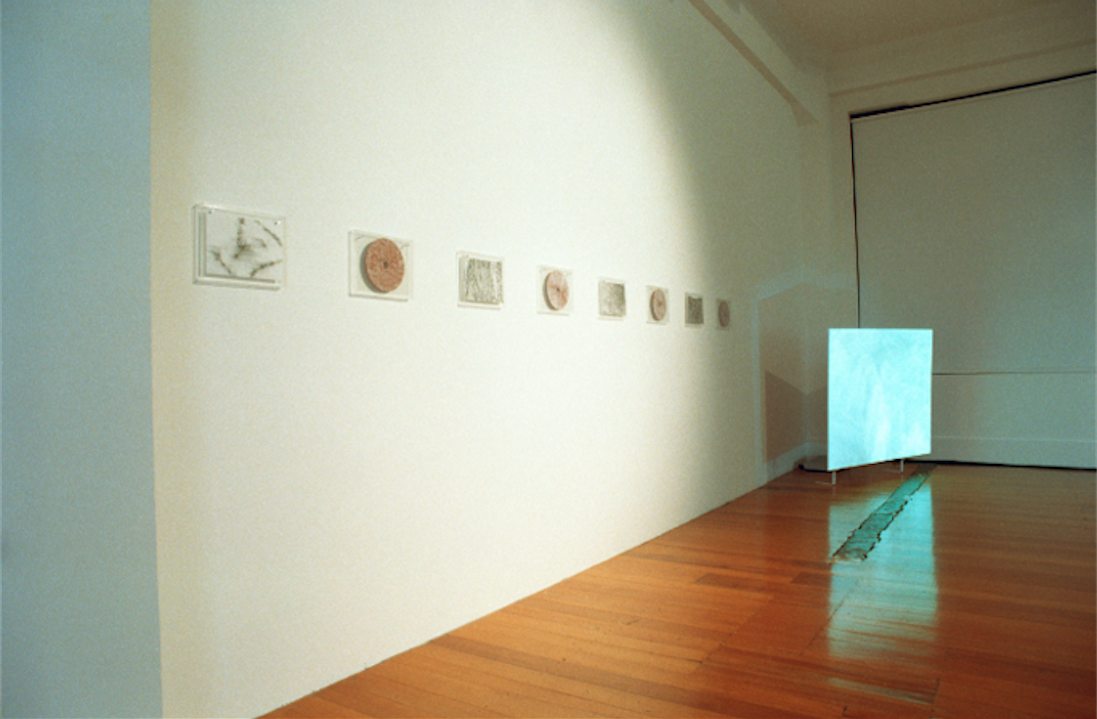 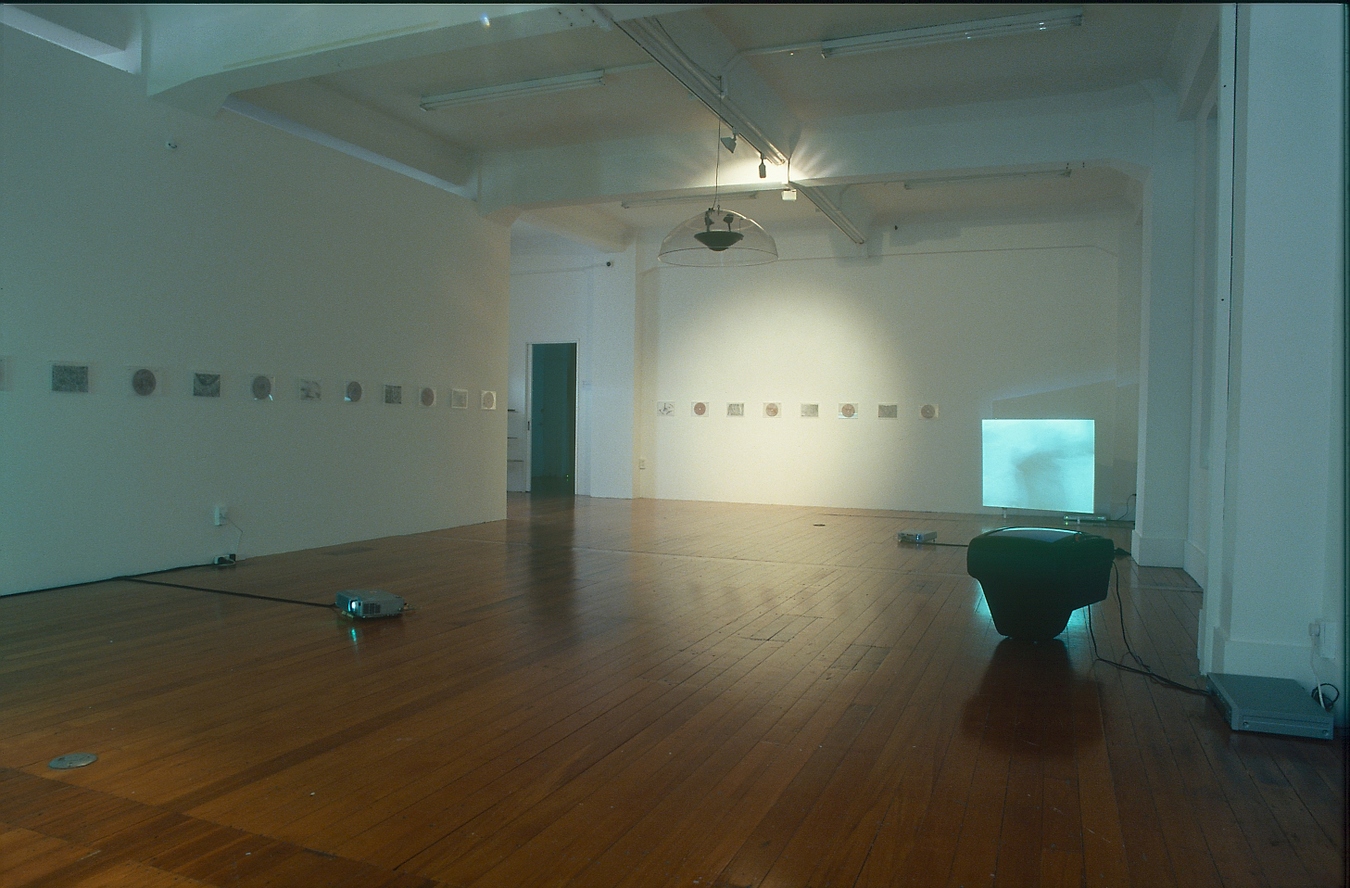 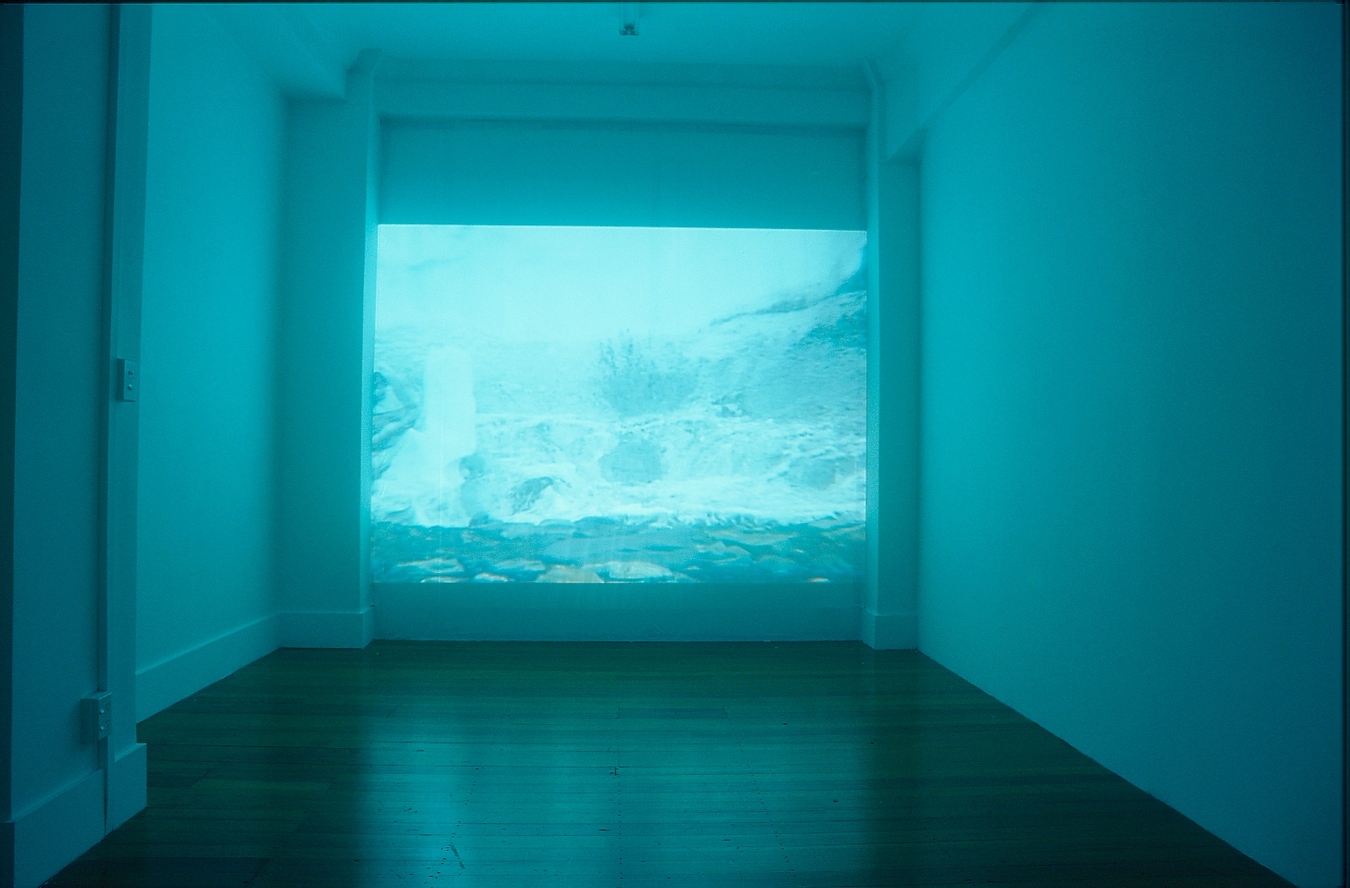 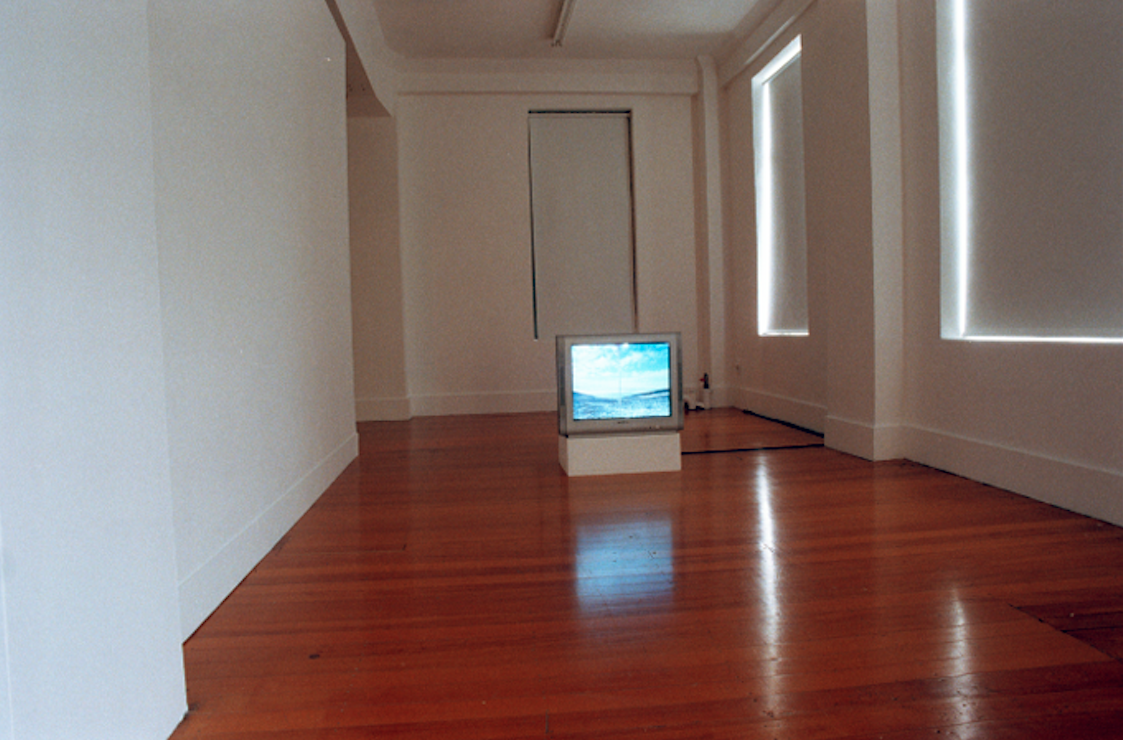 Polar Projects is a body of work produced by Philip Dadson during his 2003 Artist Fellowship in Antarctica. The exhibition explores Antarctica’s extraordinary Dry Valleys through a unique selection of sound and video works, along with a suite of rock drawings that record the surface of the stones and boulders of the Dry Valleys. Dadson’s vision of Antarctica challenges our perceptions of this unique environment in this subtle, playful investigation into the sonic properties and visual polarities of this landscape.

In Flutter, a single red flag is battered by a howling wind producing interesting tonal effects and creating a poetic display of Antarctica’s intense environmental affects. Similarly, Aerial-Farm presents an aerial-mast with multiple wires that are activated by the wind, producing an intense phonic resonance as the image fades in and out through the interference of the snow storm.

“Mostly the valley seems silent, with only a background hiss of pink noise to accompany the intrusive sounds of my body, my footsteps. No bird or animal noises, only occasional ice snaps and explosive retorts from the splintering glacial-face and the lakes of frozen seepage from the melt”

Philip Dadson is a sound and intermedia artist based in Auckland. He is the founder of From Scratch, an innovative rhythm/performance group and has exhibited and performed widely in New Zealand and internationally. In 2001, Dadson was awarded the New Zealand Arts Foundation Artists Laureate.