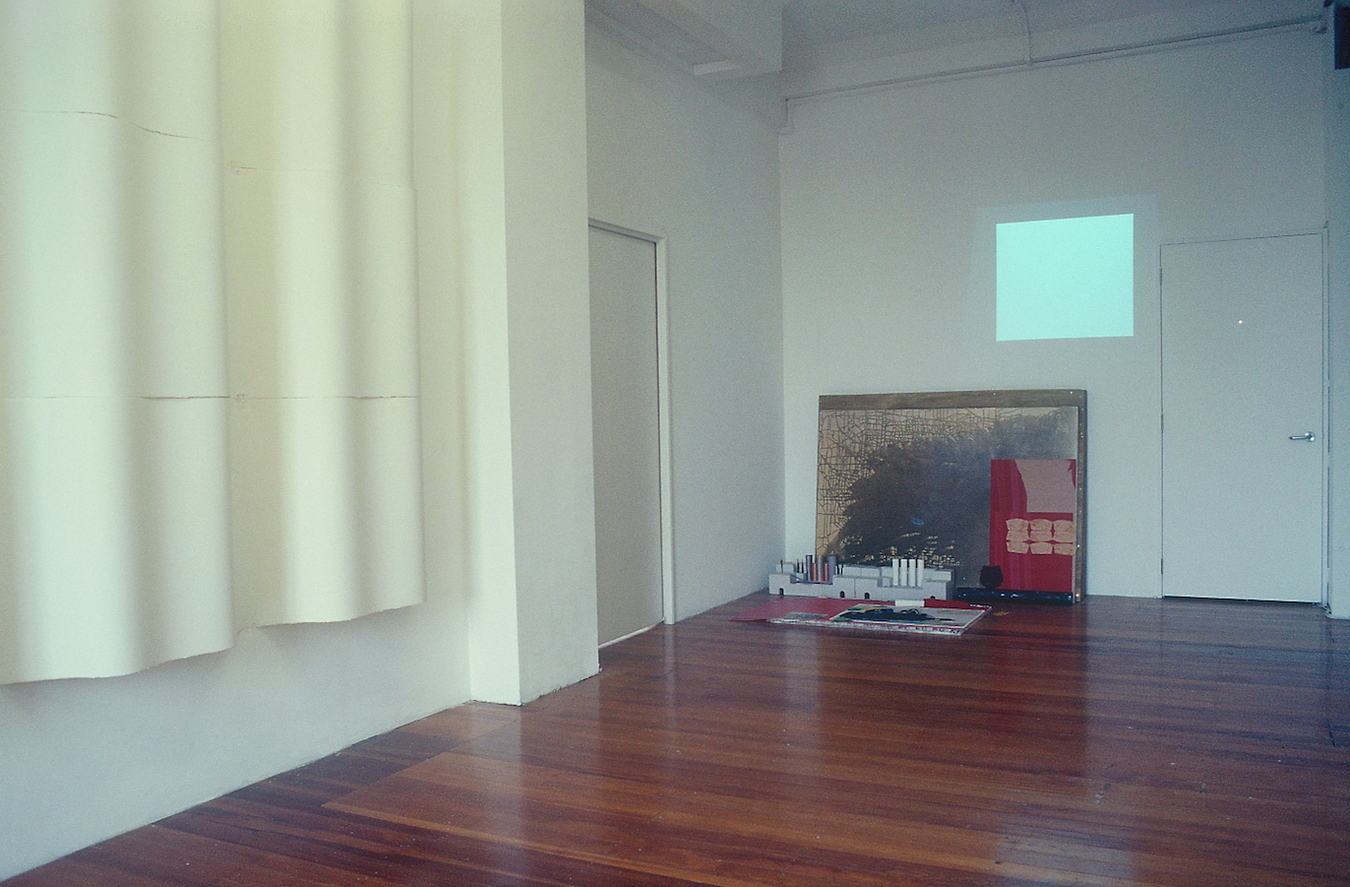 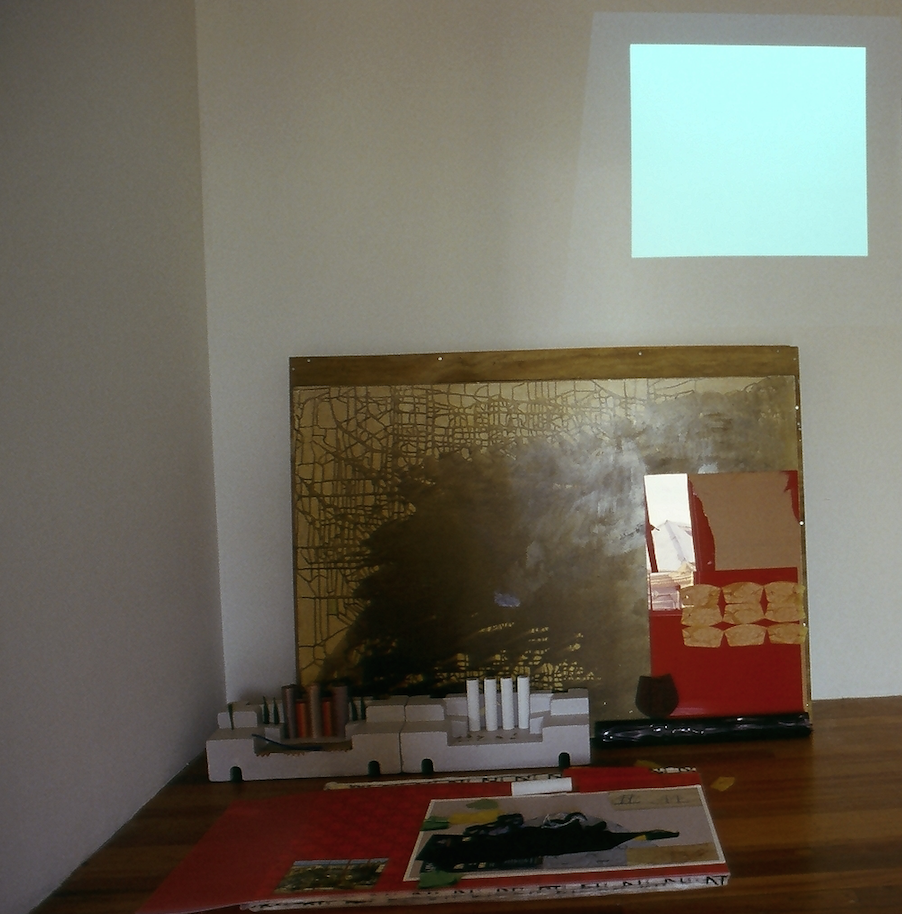 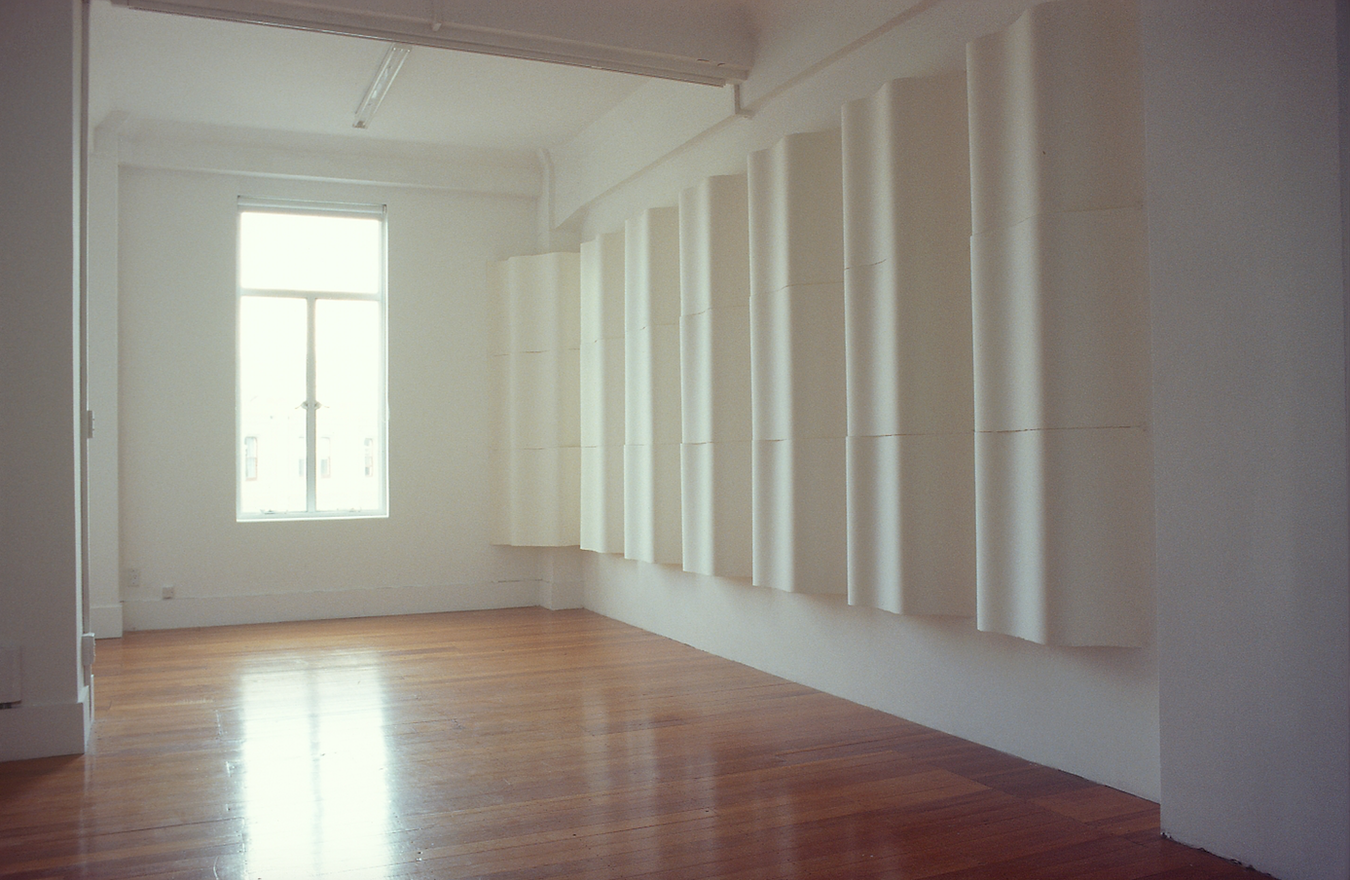 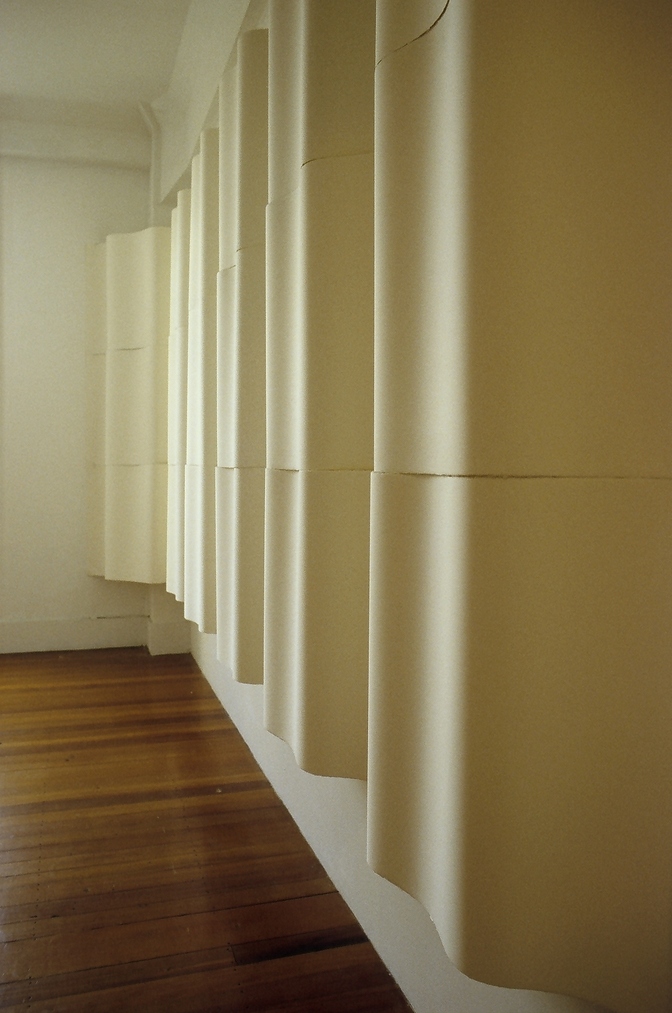 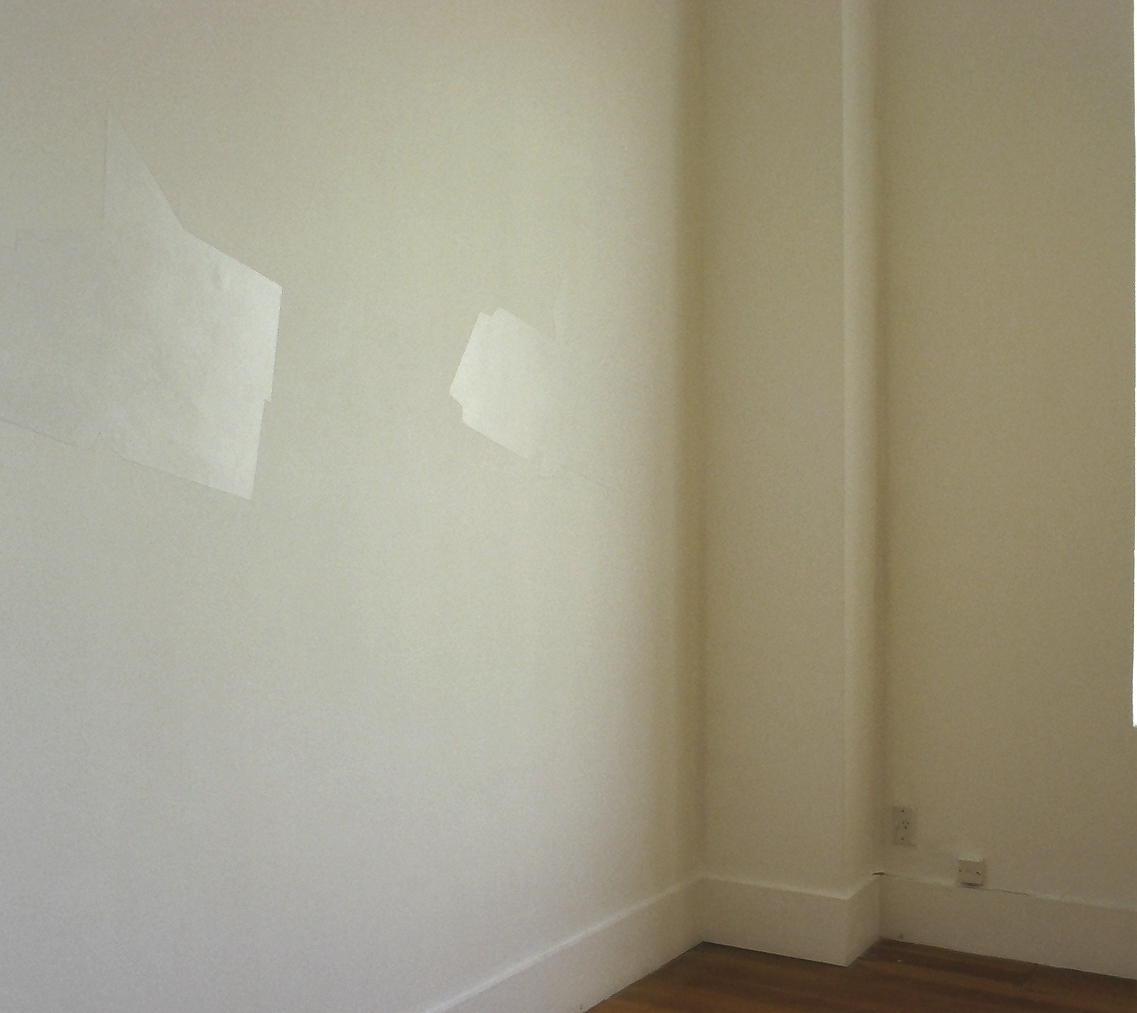 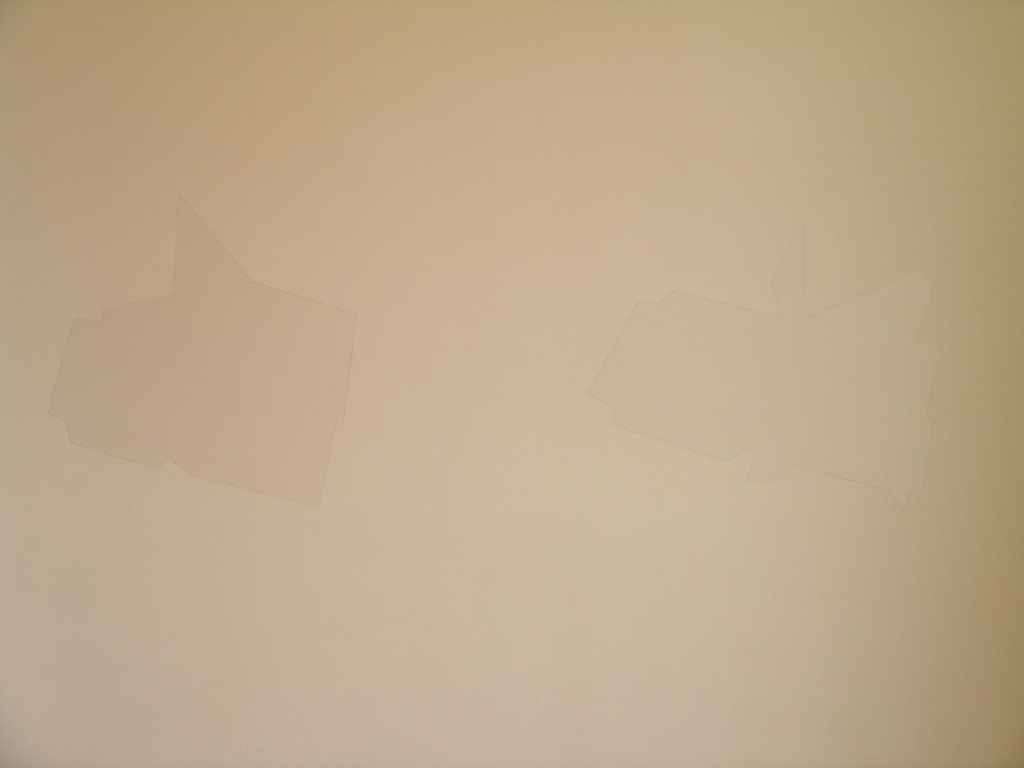 After some years of travel and 'no fixed abode' Karin van Roosmalen turned her focus and experiences of the Situationalist Ideals of creating random experiences through movement, to her site-specific installation work. Van Roosmalens decision to adopt an itinerant lifestyle has had a strong impact on her recent process-based practice. She has become interested in the tension between maintaining the minimal amount of 'stuff' necessary to function effectively in the world, and the compulsion to amass possessions.

Her site-responsive installation looks at our habitation of space. It has the look of temporary arrangements often grounded in disparate structures from traditional drawing and painting, tailoring, building and light engineering, meshing these structures with the site. The often-temporary manner of construction and installation, and the range of media and their interaction with the site give a sense of assembling with disassembling in mind.

The Physics Room project is one in a series of four interventions conducted by the artist in galleries throughout New Zealand , based on a core set of components which are informed and changed by each site and its audience. The elements perform a kind of architectural trans-urbanism, as they move in and out of storage, from city to city, from gallery to studio to domestic sites and non-sites and are edited and added to in the process. This idea helps keep the narrative in the work open and encourages exploration by the audience, which then becomes a necessary part of the works content and development.

Karin van Roosmalen is currently working as a practicing installation artist and as a lecturer in Fine Arts at Massey University, Wellington.