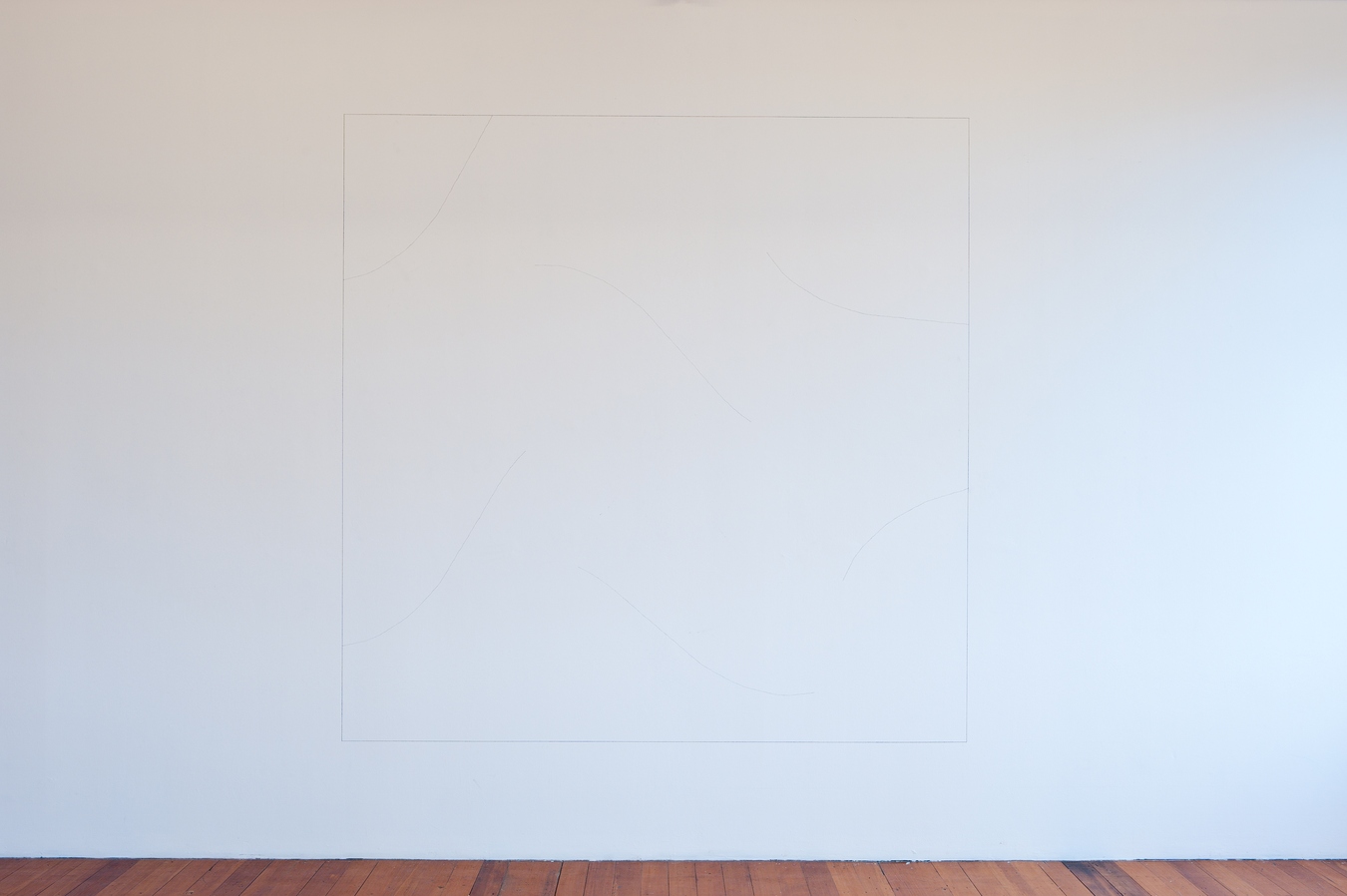 Patrick Lundberg, No title (a traced line repeated within a square (curved line variation)) 2010, 6B graphite transfer and 7B pencil on wall 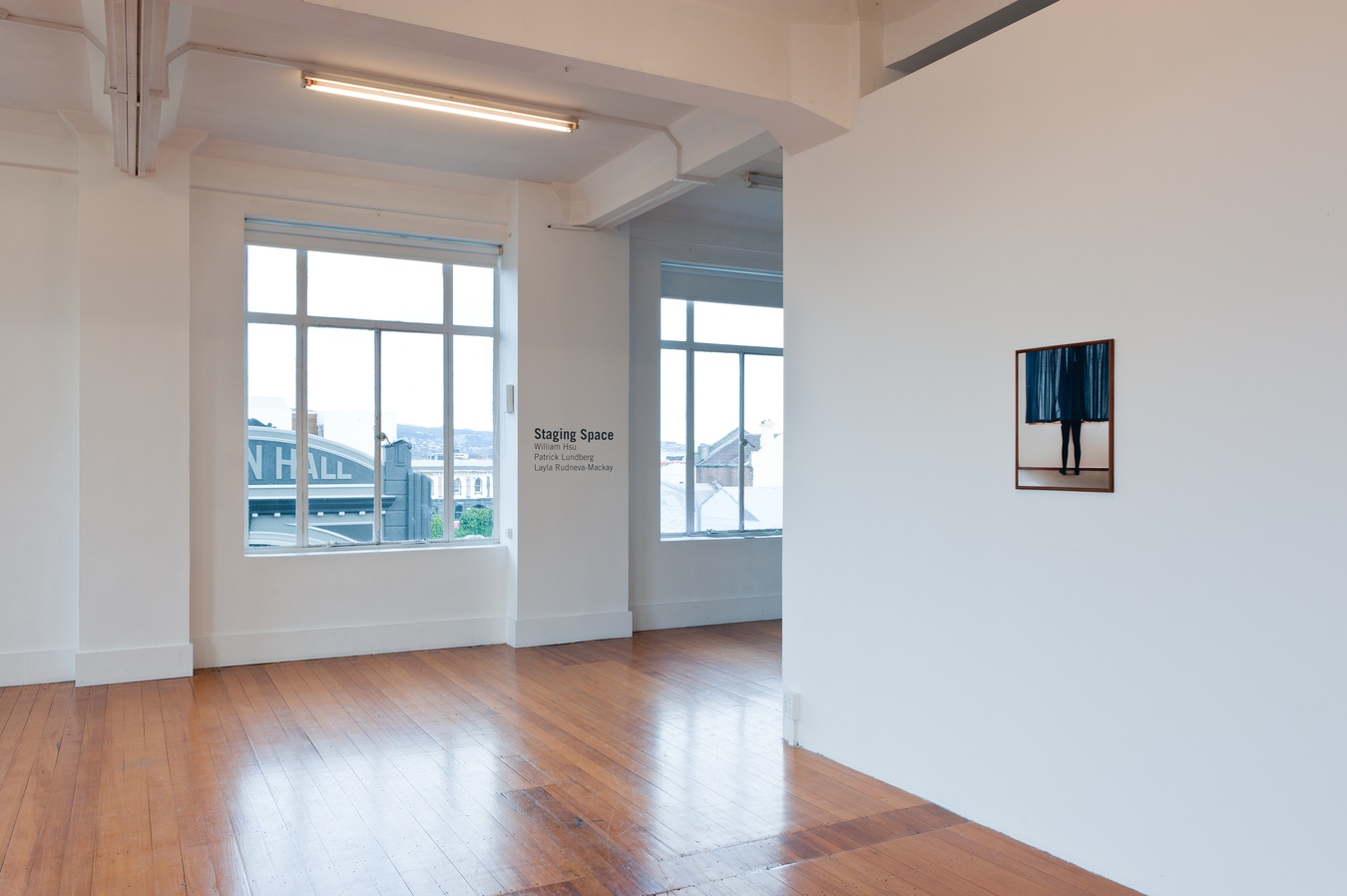 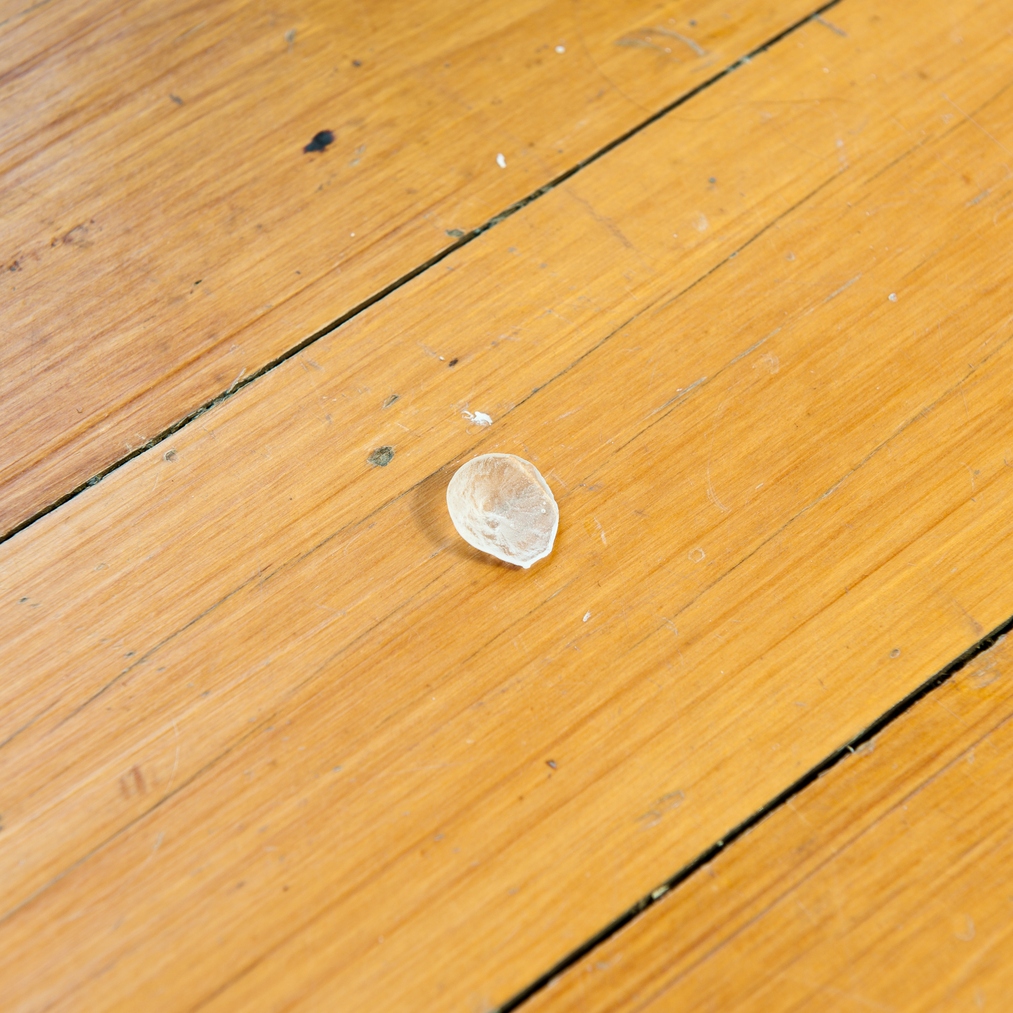 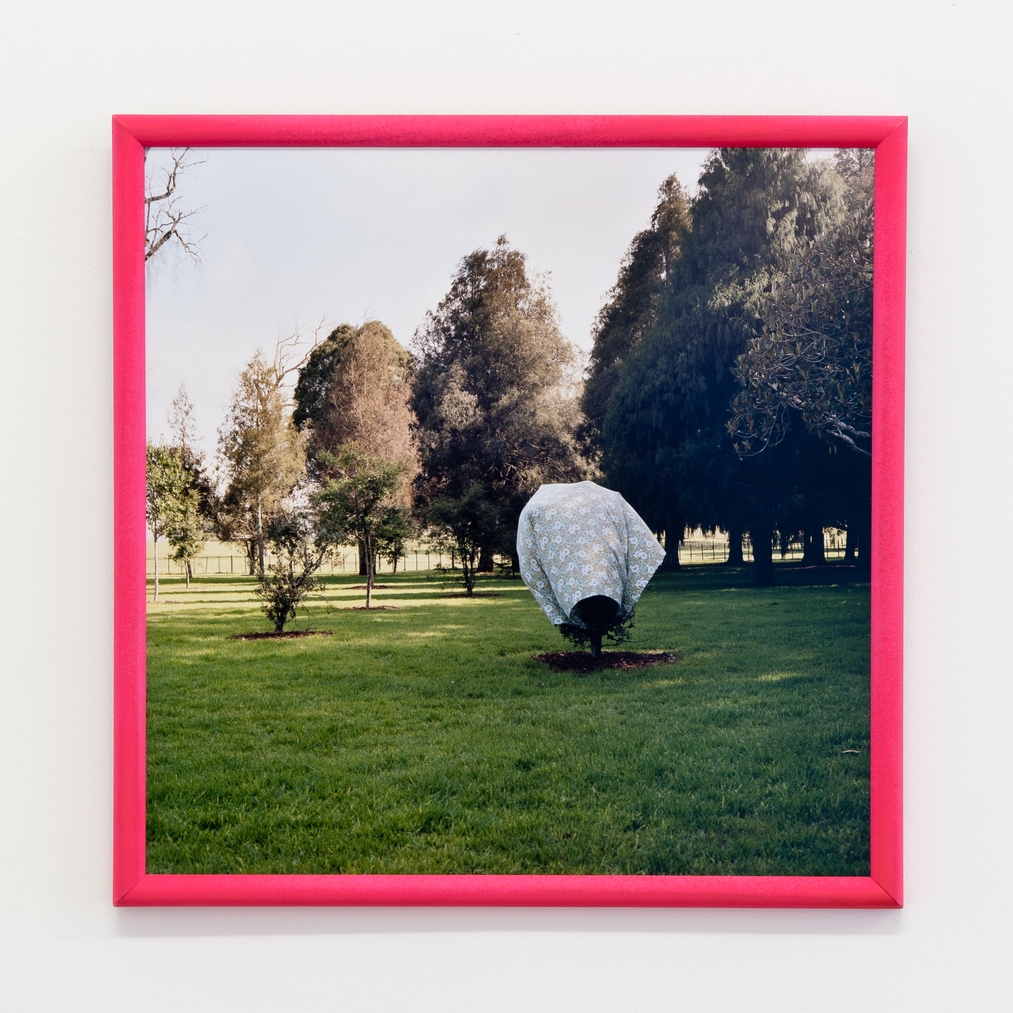 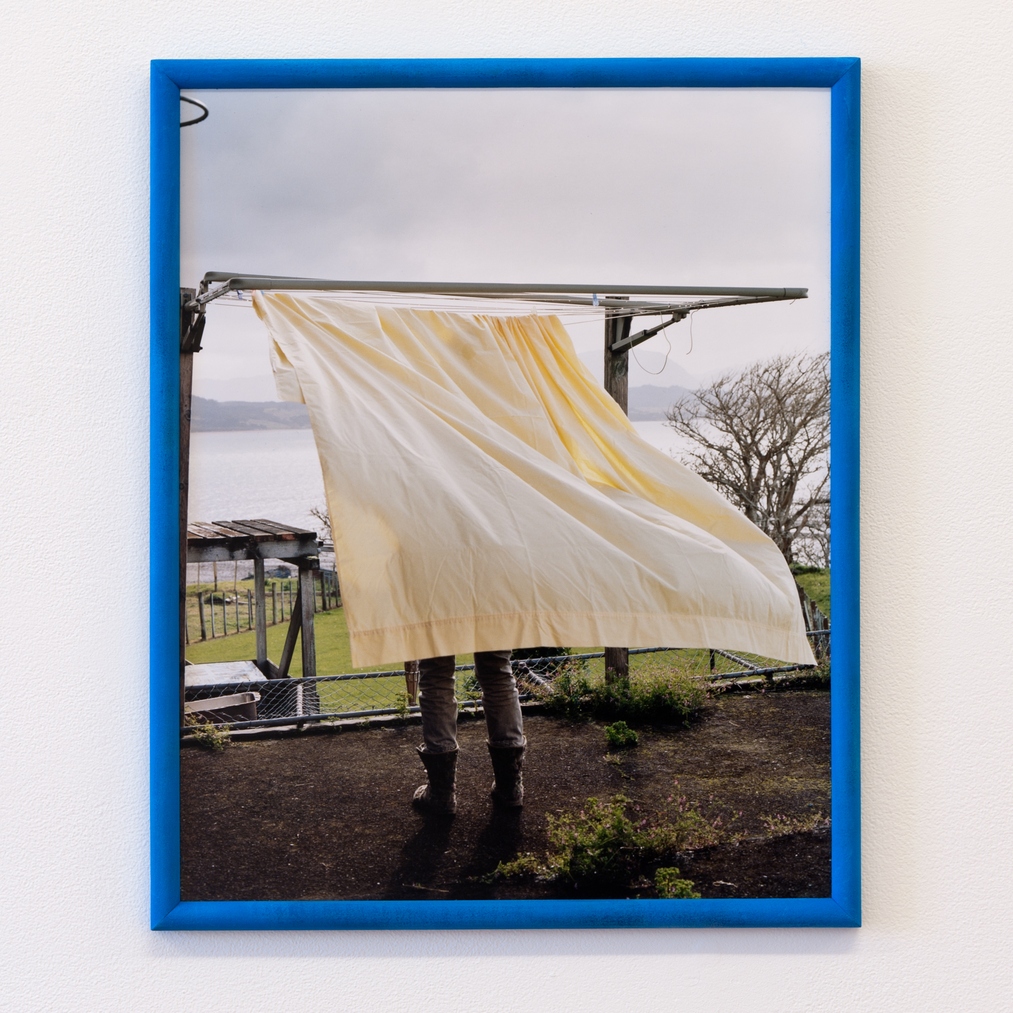 Layla Rudneva-Mackay, A rush in the heart, which moves and turns to the head, the wind makes a momentary hero, 2006, C-type print 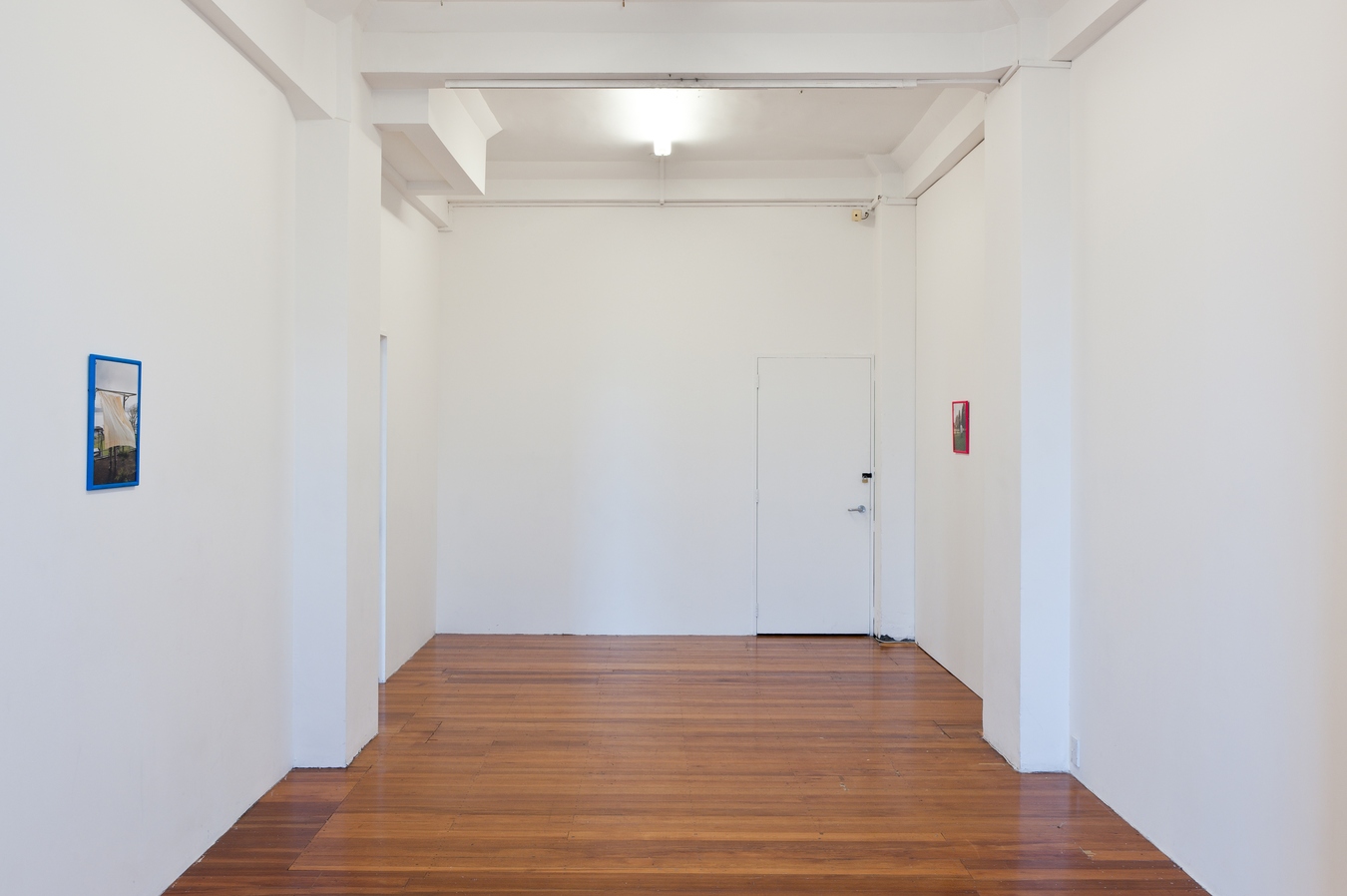 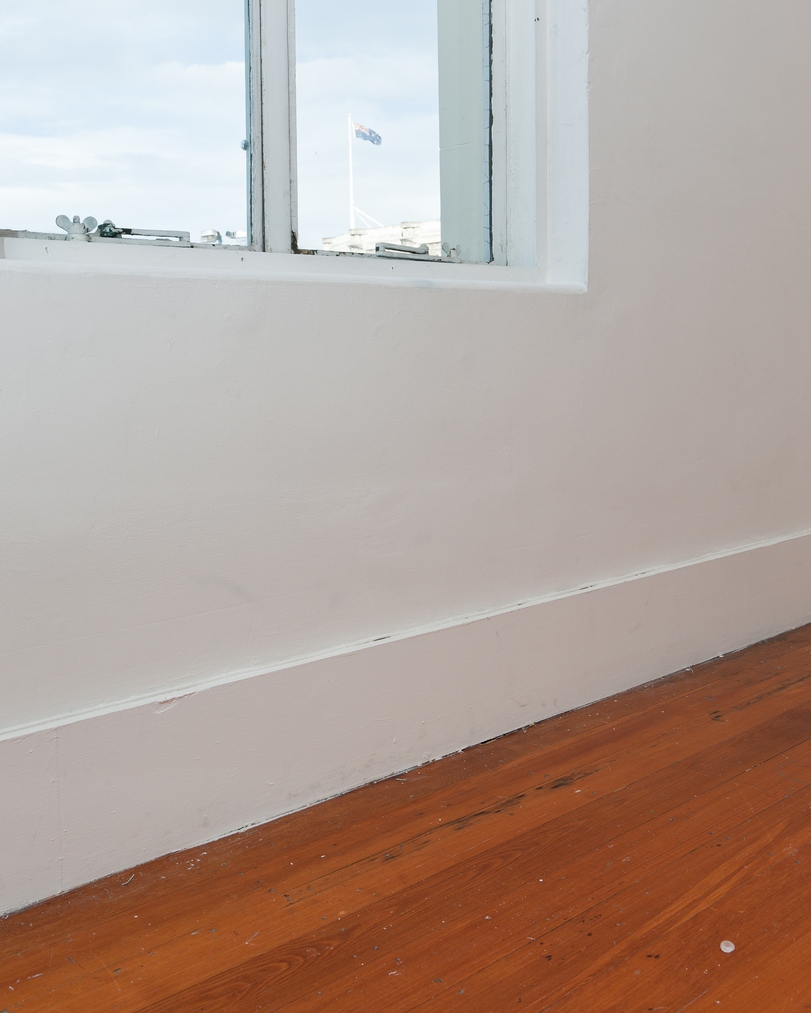 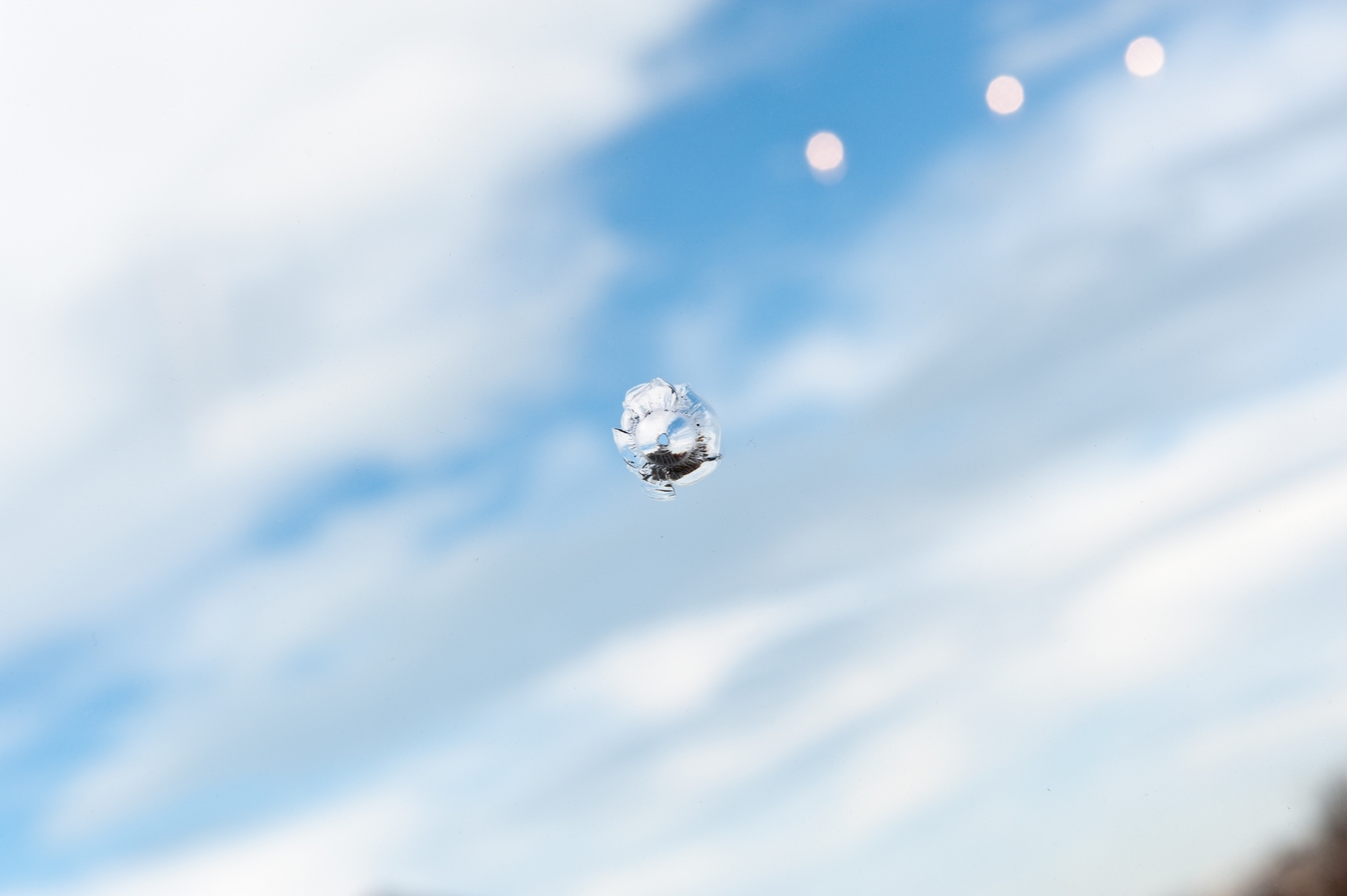 Staging Space brings together Auckland-based artists William Hsu, Patrick Lundberg and Layla Rudneva-Mackay with a collection of works that investigate a broader definition of architectural engagement. Encouraging thoughts about the tractable and traceable elements within both interior and exterior spaces and how we as inhibitors of the space can interact with these, Hsu, Lundberg and Rudneva-Mackay utilise existing physical structures, both natural and artificial, within our direct and day-to-day surroundings.

Echoing thoughts around viewed space and the boundaries created by it, Staging Space captures ideas of how we interact with, or subvert these systems to allow additional or new contemplations to come to the fore. The interventions and works relate to minor details of space, or elements that you may have never noticed or considered before. In the work of Hsu and Lundberg, the logic of site-specificity unfolds into two quite diverse considerations of context. Relating to both the social and physical histories of The Physics Room, the gallery space is used as a platform to engage with the specifics of site and history.

Built up through conversations with the buildings past and present tenants, Hsu’s work deals to a specific time and place in 209 Tuam Street’s history yet defies an impossible physical relationship. Lundberg’s ongoing work involving the graphite tracings of spatial features within galleries are repeated at The Physics Room within a structured space and fold the gallery into a formalised two-dimensional hermetic box. Not directly related to the site of the gallery, Rudneva-Mackay’s photographs are informed by subtle isolated inhabitations and simple observations of occupied space. They operate beyond the edge of the photograph and draw in an everyday-ness, an overtness despite their partly hidden subject matter.

William Hsu completed his BVA in 2001 through Auckland University of Technology. He is a co-director of Auckland artist-run space RM and a lecturer in contemporary art at Manukau School of Visual Arts. In 2007 Hsu participated in the residency programme Stazione di Topolo in Italy and in 2008 he undertook a residency project: Collecting Towards A Paper Museum in Anyang, as part of Seoksu Art Project Anyang, South Korea. His recent projects include: Crossing the Isthmus, A Centre for Art, Auckland (2008); Between Previous, Now and Coming Soon, Govett-Brewster Art Gallery, New Plymouth (2008); Moving Wellington’s Faults; Kelburn deflation exercise, Adam Art Gallery, Wellington (2009); and A lot or a little might be said but in the end there will be something to pass on (a collaboration with Nick Spratt), Newcall Gallery, Auckland (2010). Hsu was part of Sculpture Season, St Paul St Gallery, Auckland (2010) and he is currently under taking an artist residency at Litmus Community Space, Ansan, South Korea.

Patrick Lundberg was born in Stockholm in 1984 and currently lives and works in Auckland. Recent exhibitions include: No Longer Exactly the Same (as Before), Robert Heald Gallery, Wellington (2010); Chasers, Marsupial Gallery/Jonathan Smart Gallery, Christchurch (2009); Wall Works, Adam Art Gallery, Wellington (2009); and On the Wall/CirkulationsCentralen, Malmö, Sweden (2008). From 2007 until recently Lundberg was a founding member of the Auckland artist-run space A Centre for Art and in 2008 he was winner of the Trust Waikato National Contemporary Art Award.

Layla Rudneva-Mackay was born in Kaikoura in 1975 and currently lives and works in Auckland. Rudneva-Mackay graduated with an MFA from Auckland University's Elam School of Fine Arts in 2006 and currently has work on show in Ready to Roll at City Gallery, Wellington. Other recent exhibitions include: Green With Envy, Starkwhite, Auckland (2009); Tell yourself you’re ok, Starkwhite, Auckland (2008); 6 French Street, New Plymouth 2003, Te Tuhi Centre for the Arts, Manukau (2008); and Your words in my mind become mine. Your words are mine now., Enjoy Public Art Gallery, Wellington (2007).