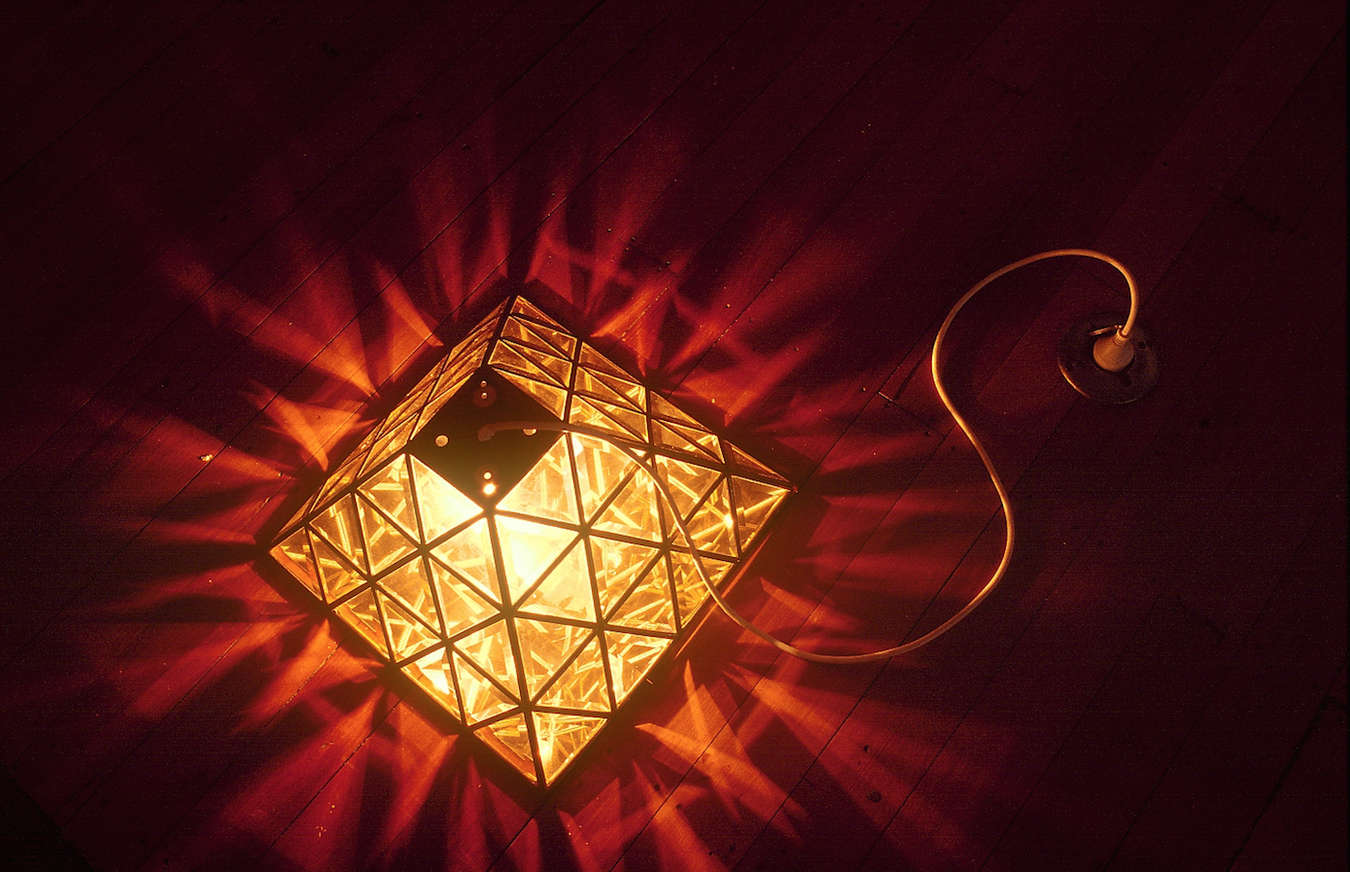 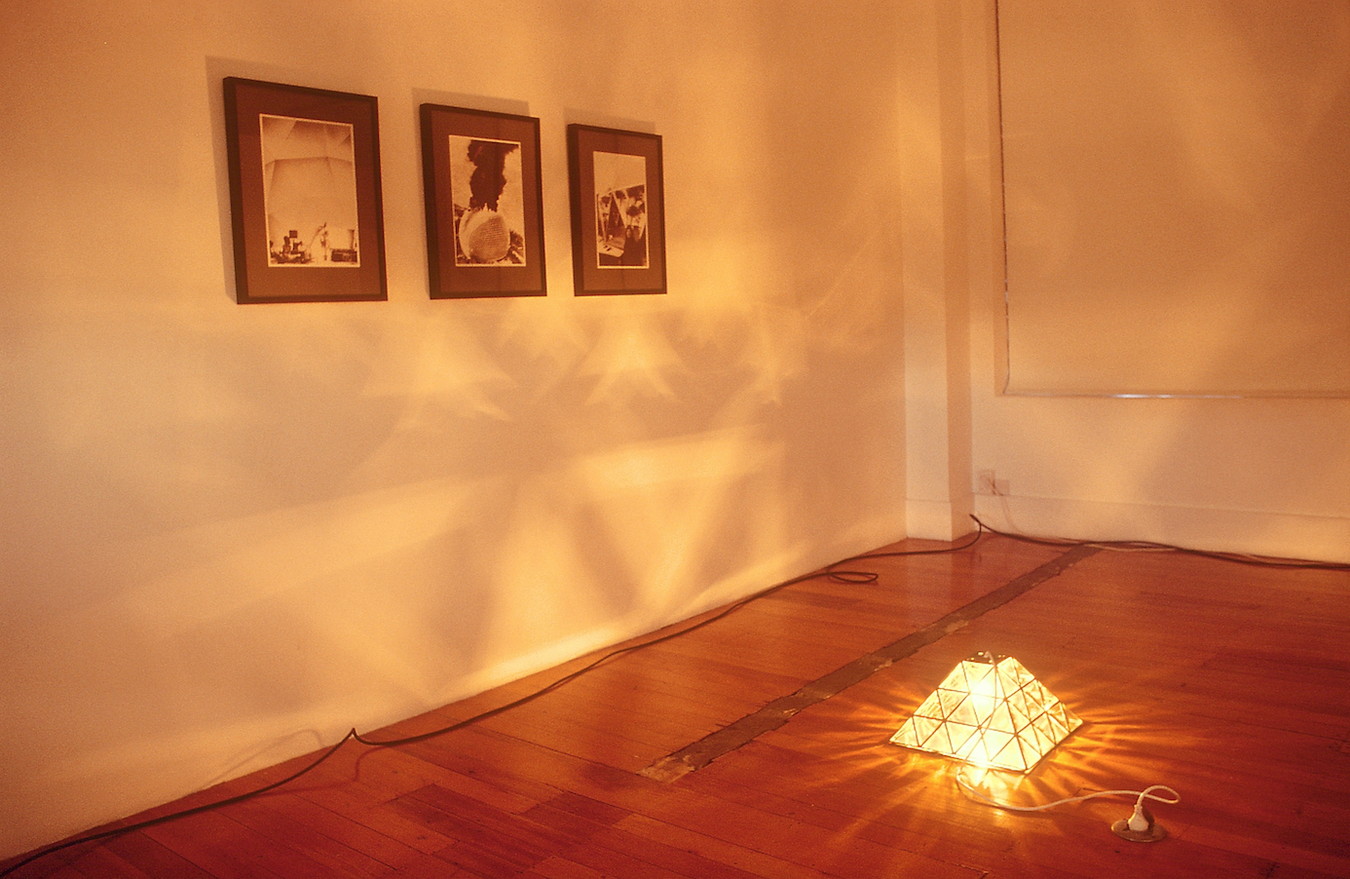 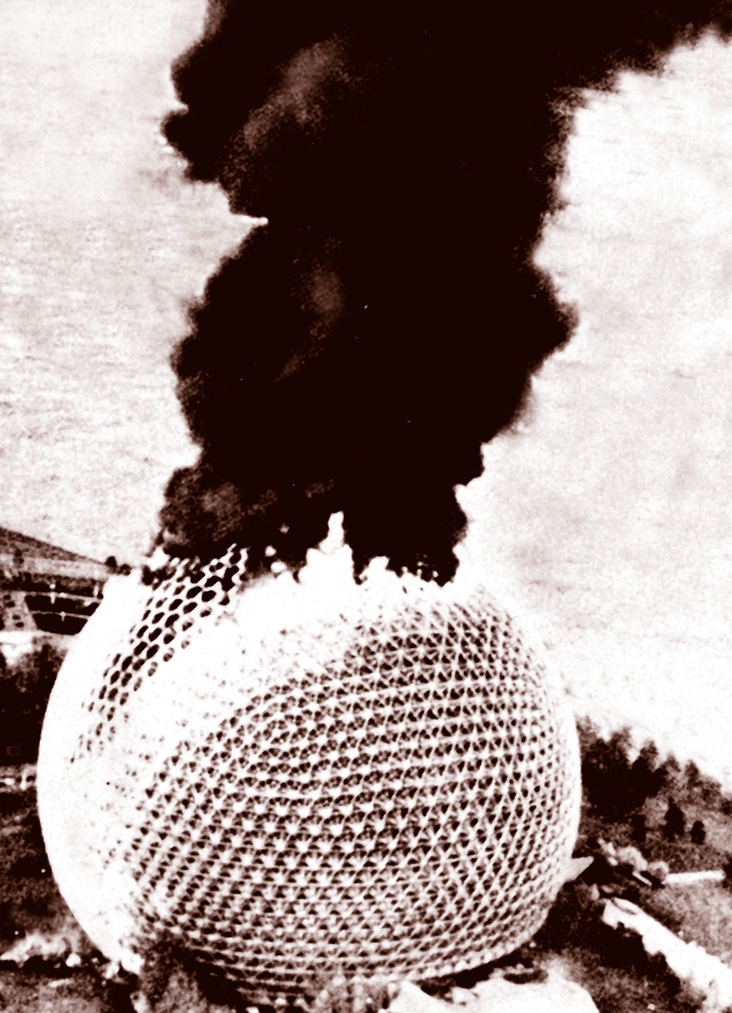 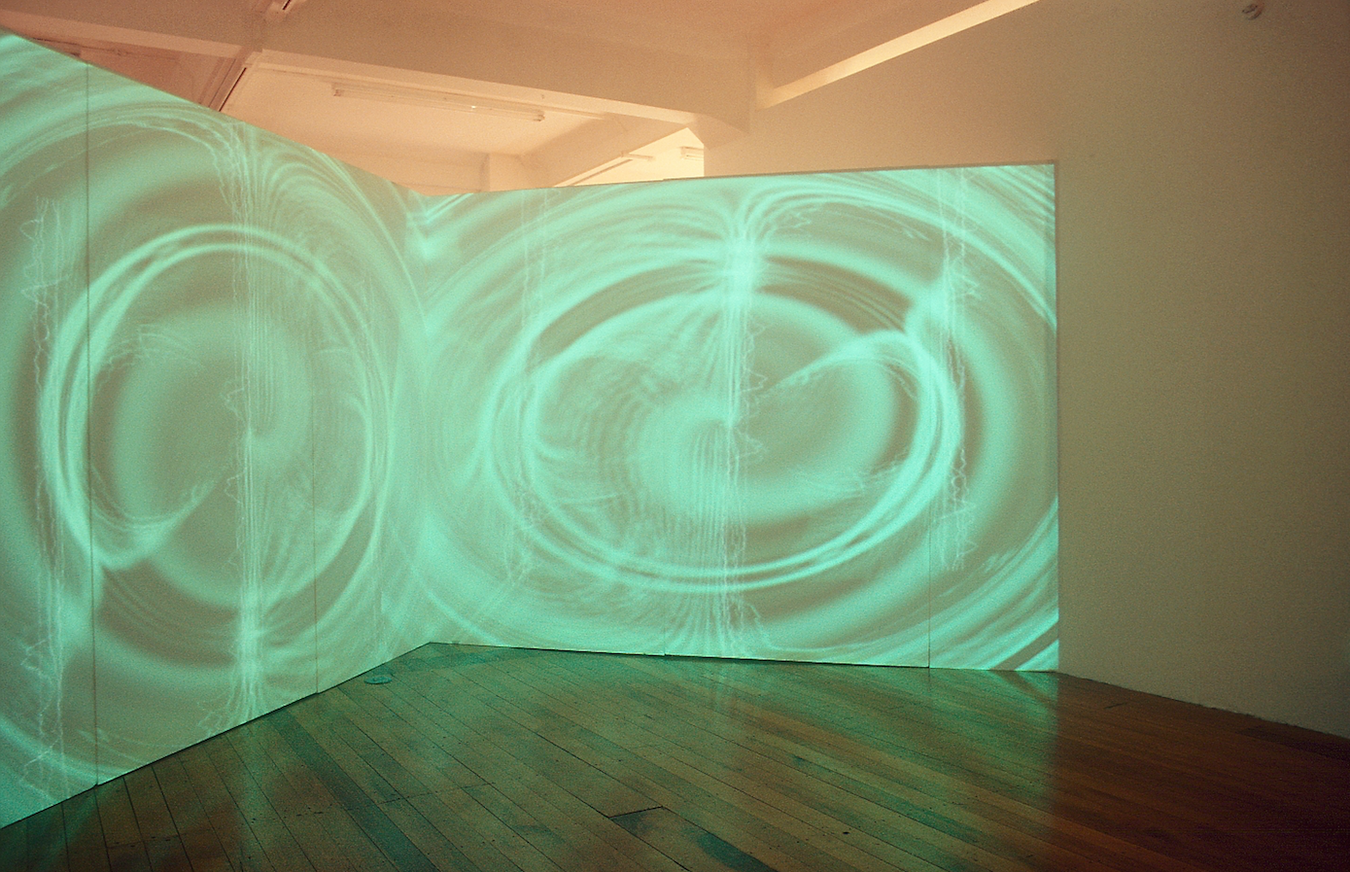 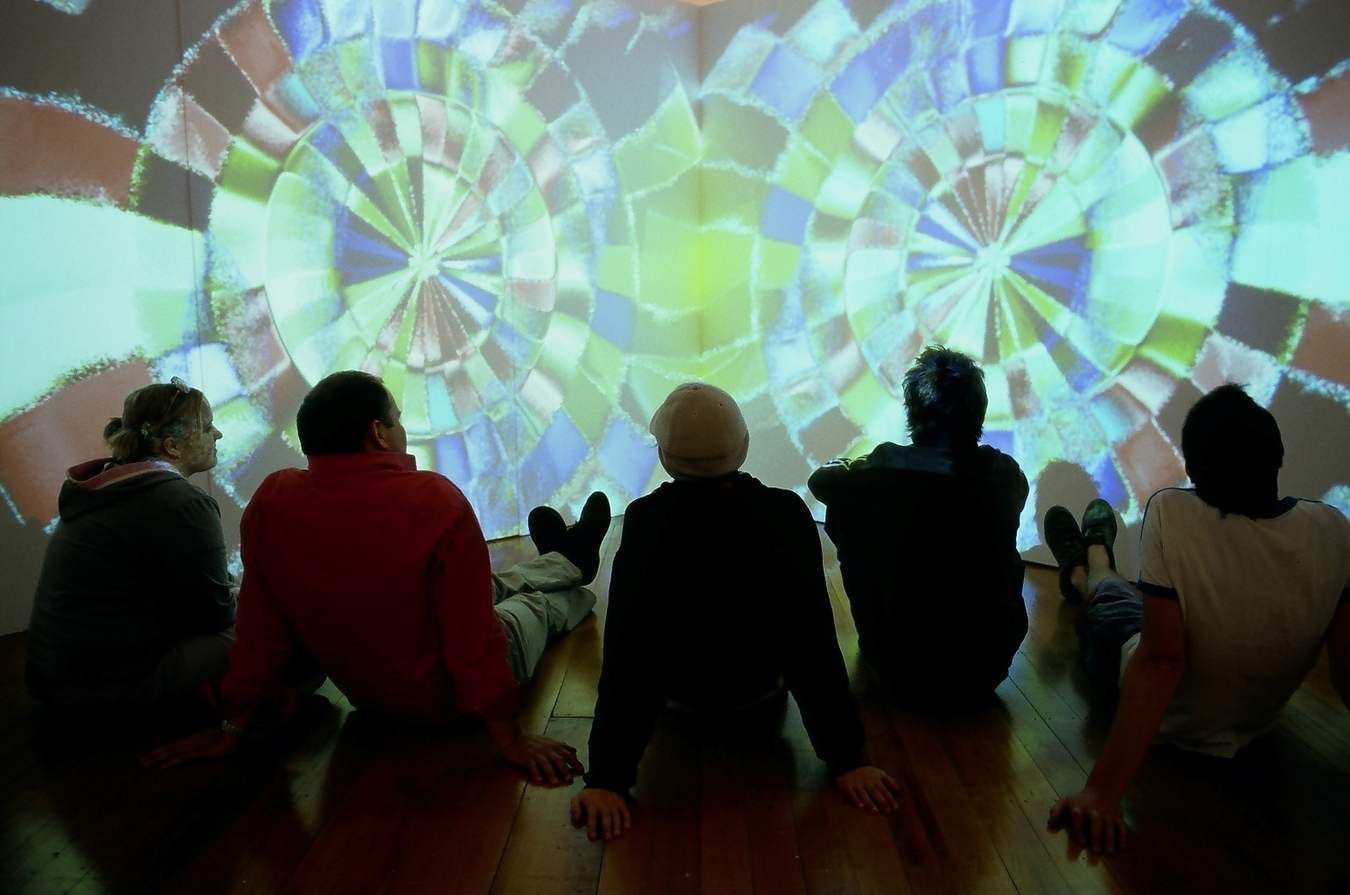 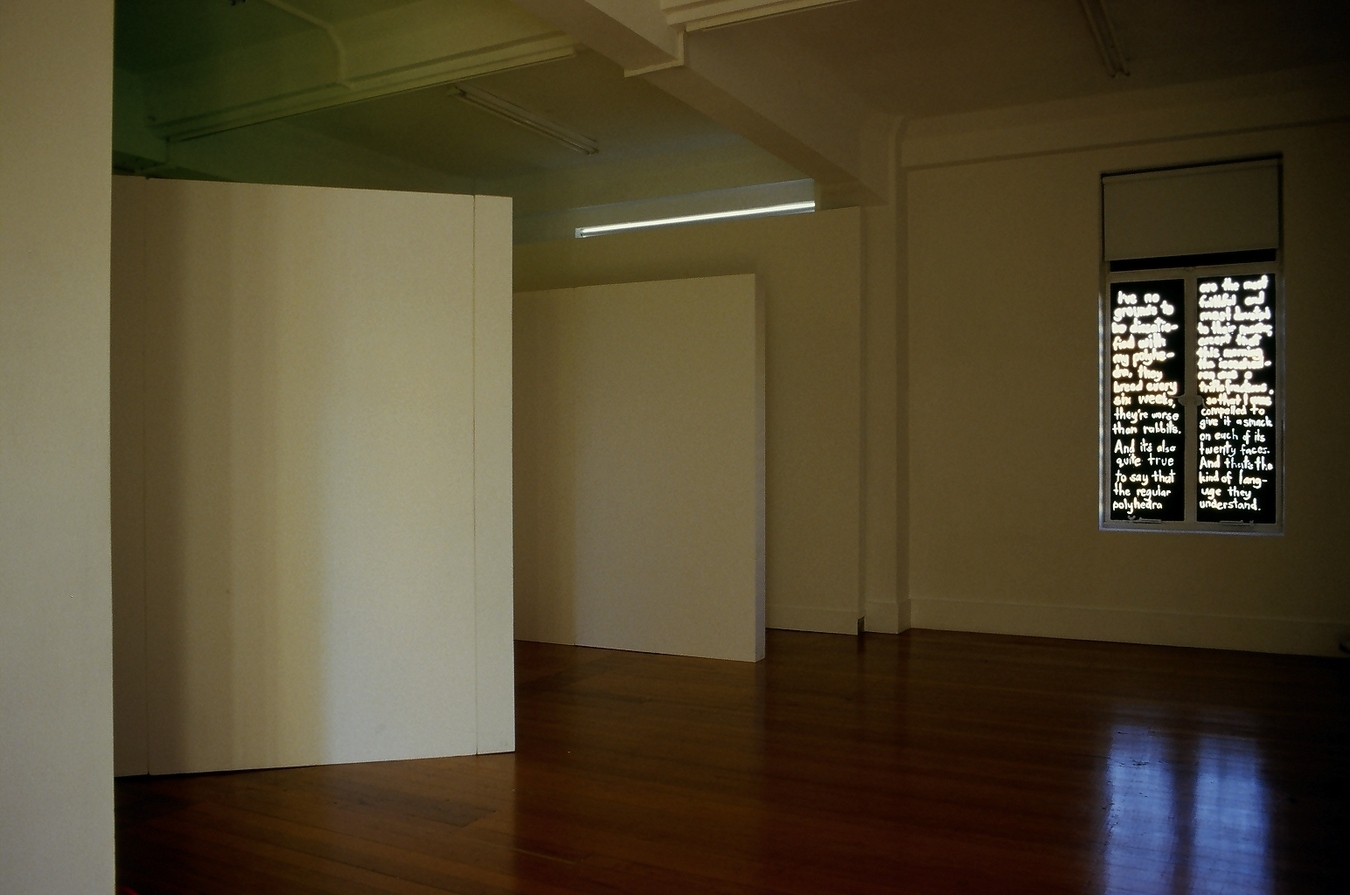 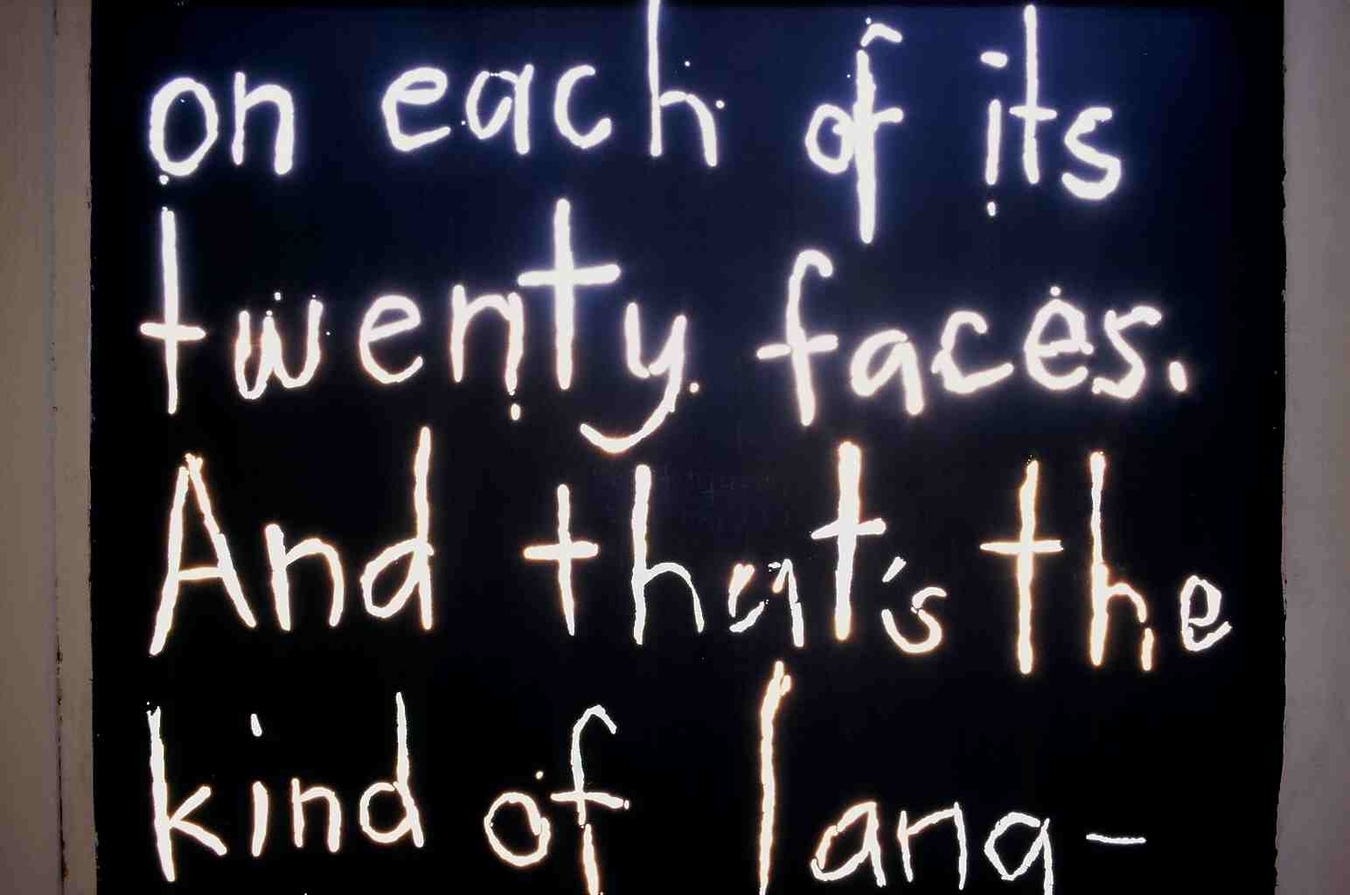 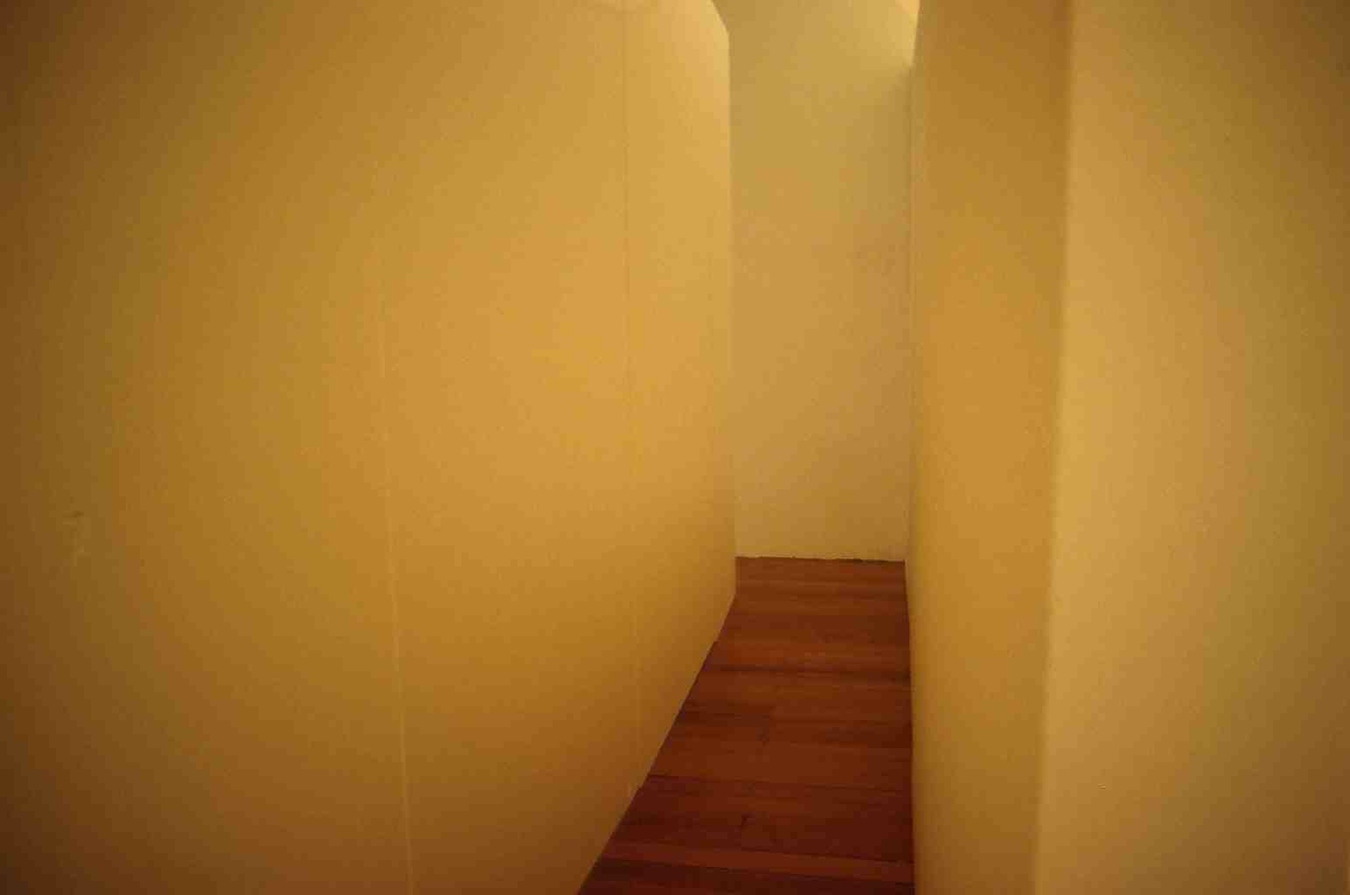 Brennan is an established artist, as well as a curator and writer. Last year she was the inaugural Digital Artist in Residence at the Department of Screen and Media Studies at Waikato University and in 2001 she spent 3 months as the artist in Residence at Artspace in Sydney.

Brennan's new installation work Tommorrow Never Knows incorporates multiple projections, audio, text scratched into blackened windows, and a potted history of the geodesic dome. The constructed projection space is built from polystyrene slabs which divide the gallery. The projected images are generated by the visualisation feature of an MP3 player, creating a room of swirling psychedelic colour from the waveform of a computerised voice. The reading is of a J.G Ballard story, a science-fiction tale about psychotropic architecture - houses that alter in response to their owners' emotions.

'Sound visualisation is an evolution of the bubbling, glowing lava lamp' says Brennan. She explains the process: 'The software takes the sound wave - in this case, the story-telling voice - and applies real-time transformations, converting sound into a streaming field of stoner imagery. The effect is like moving, morphing, psychedelic wallpaper' .

For more information on the artist please refer to: www.stella.net.nz

Psychedelia Revisited
Arts in Brief, The Star, May 5, 2004