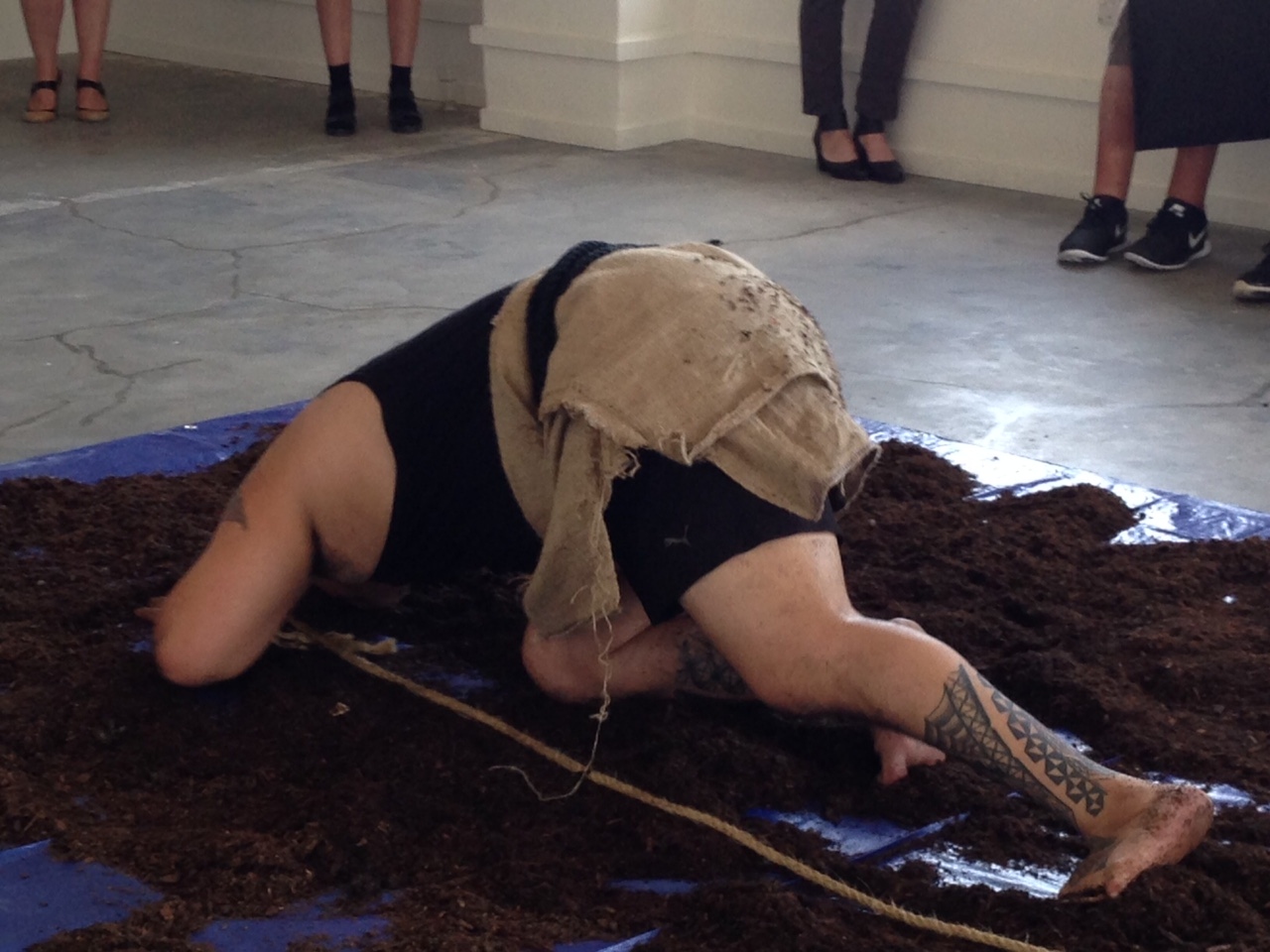 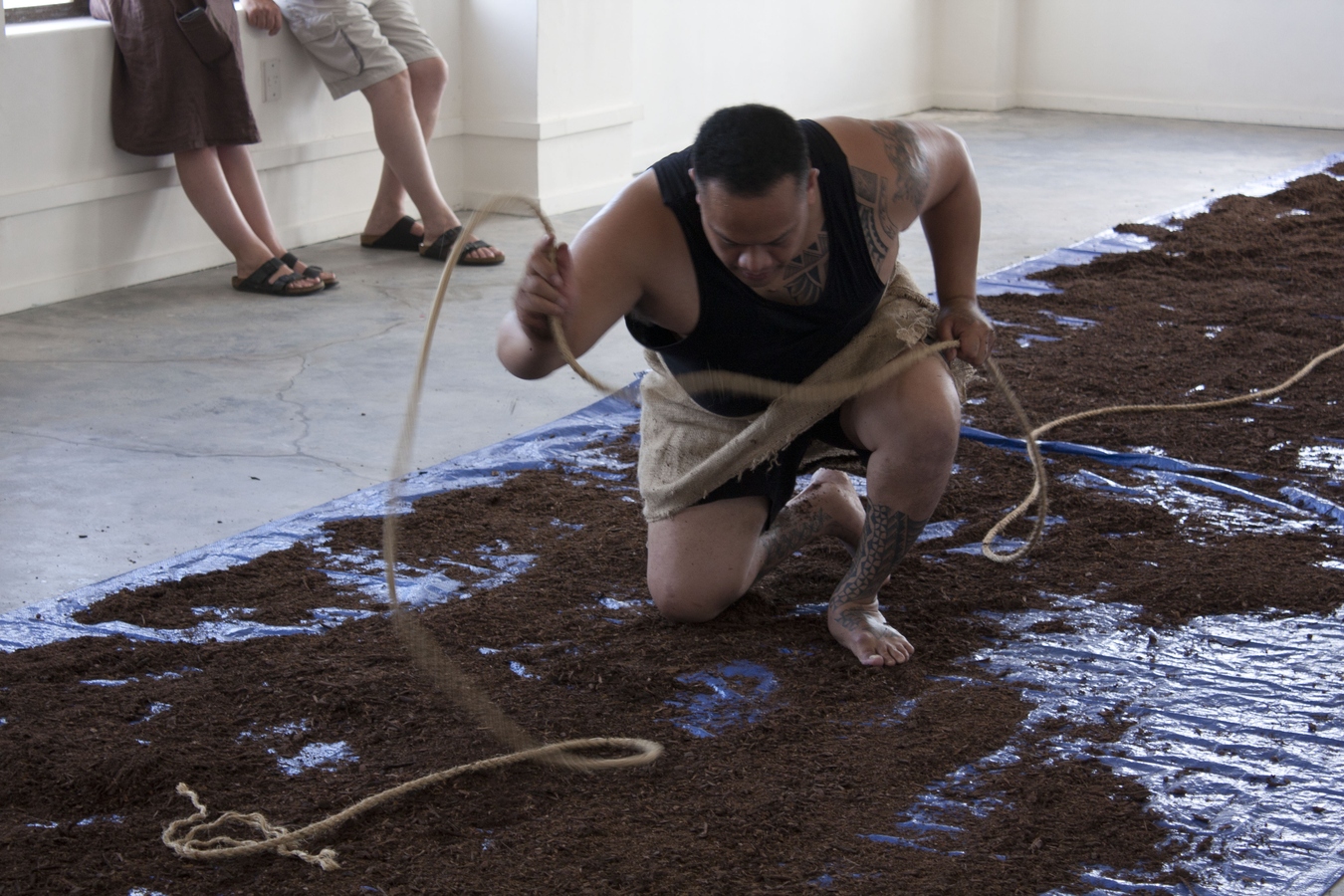 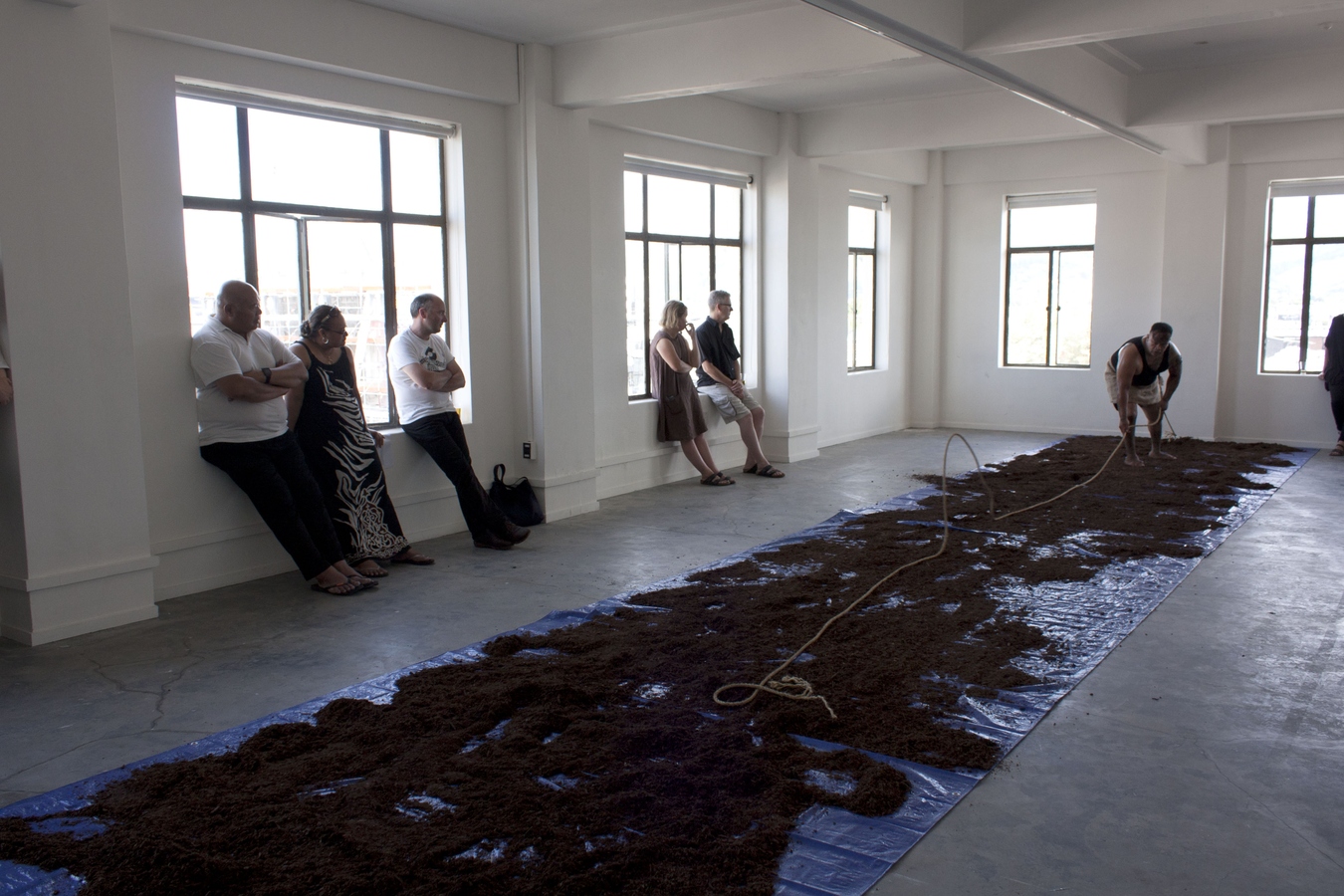 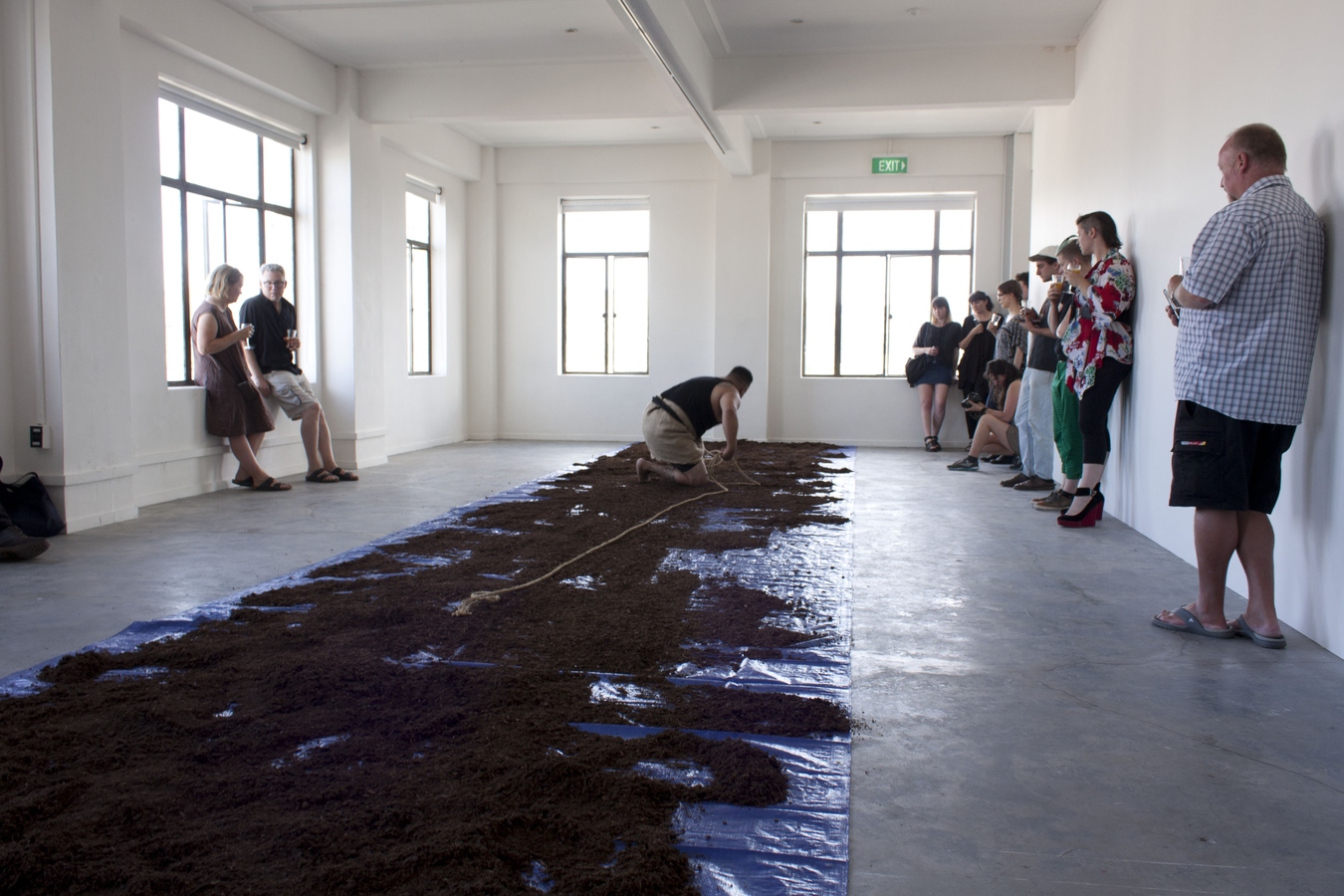 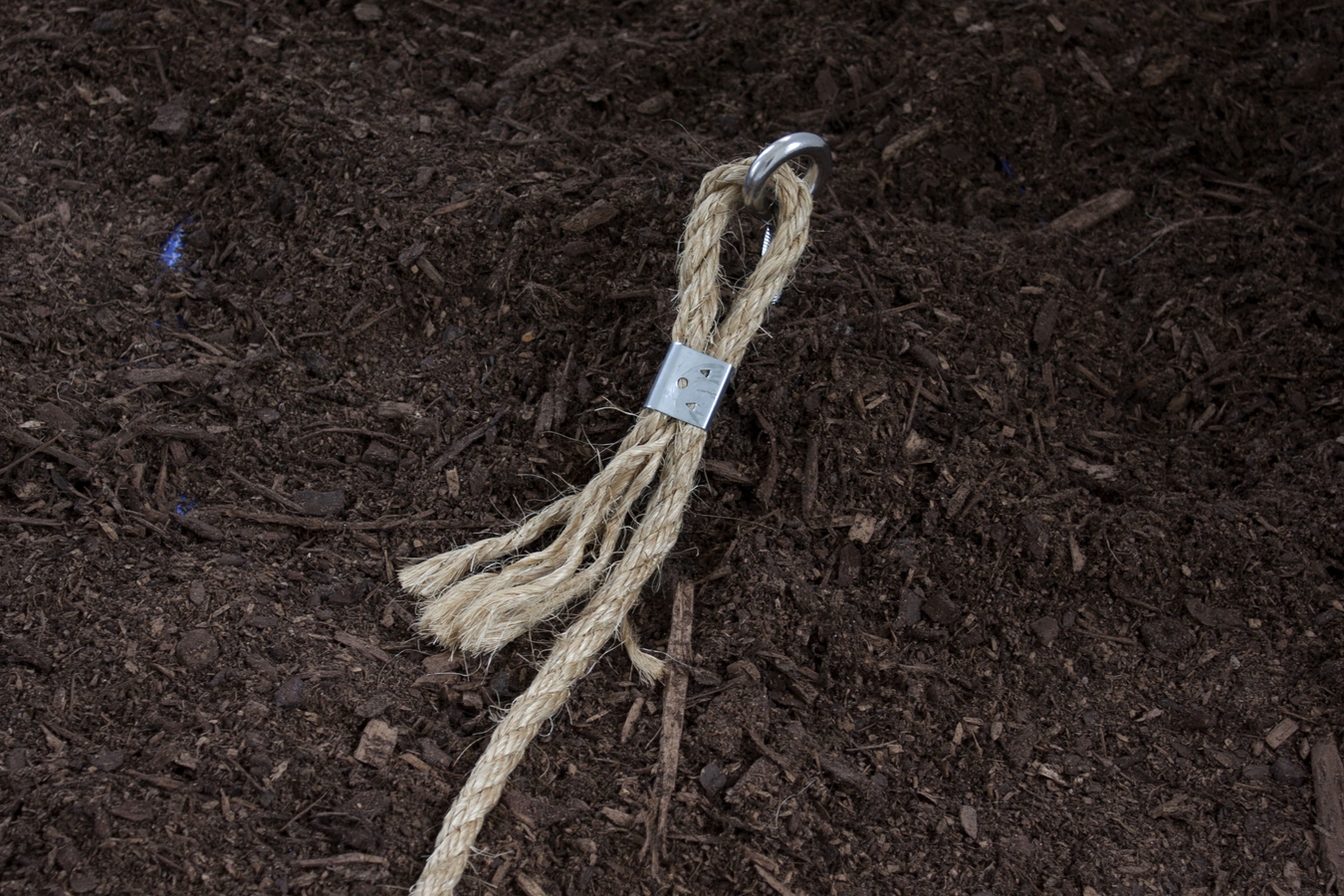 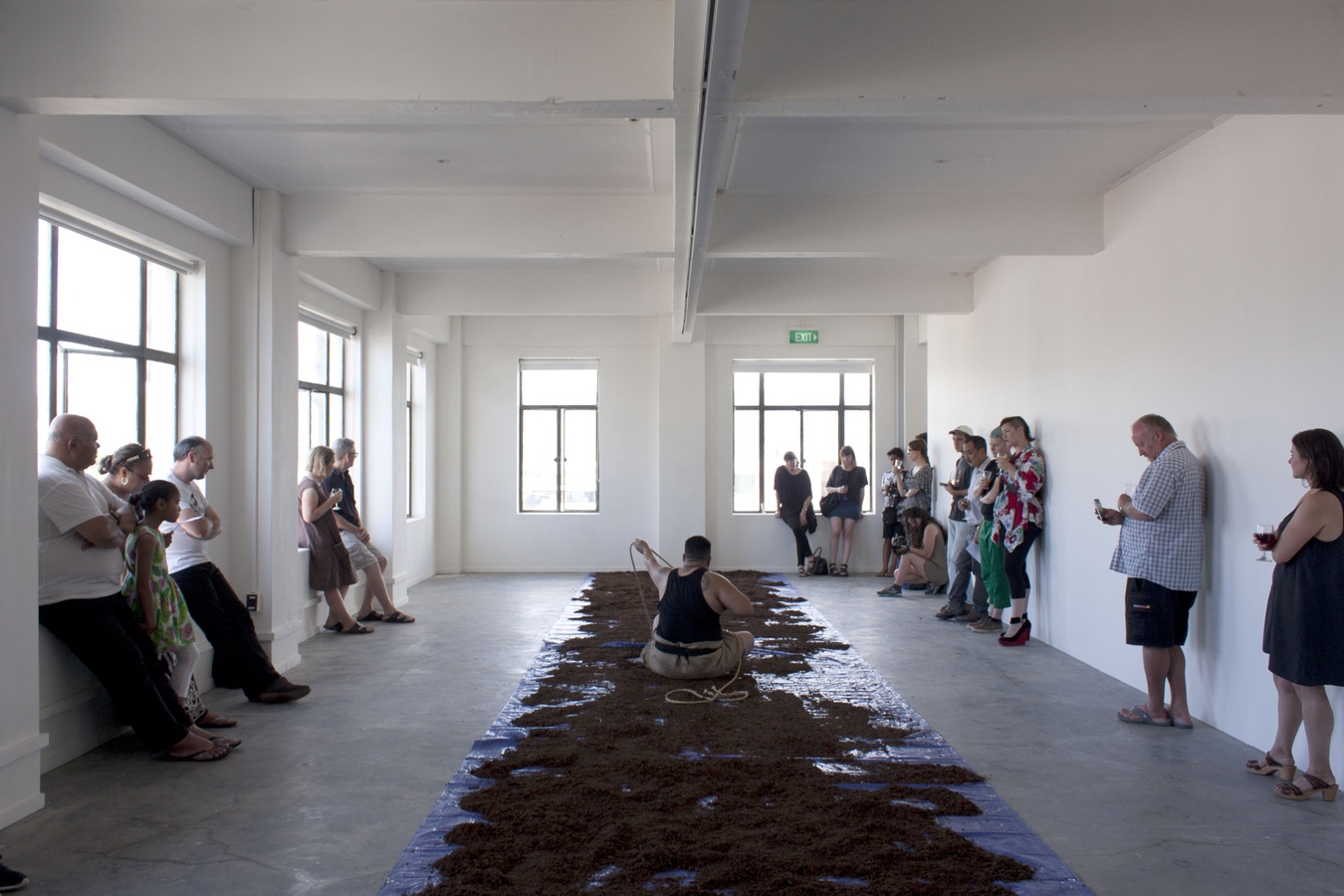 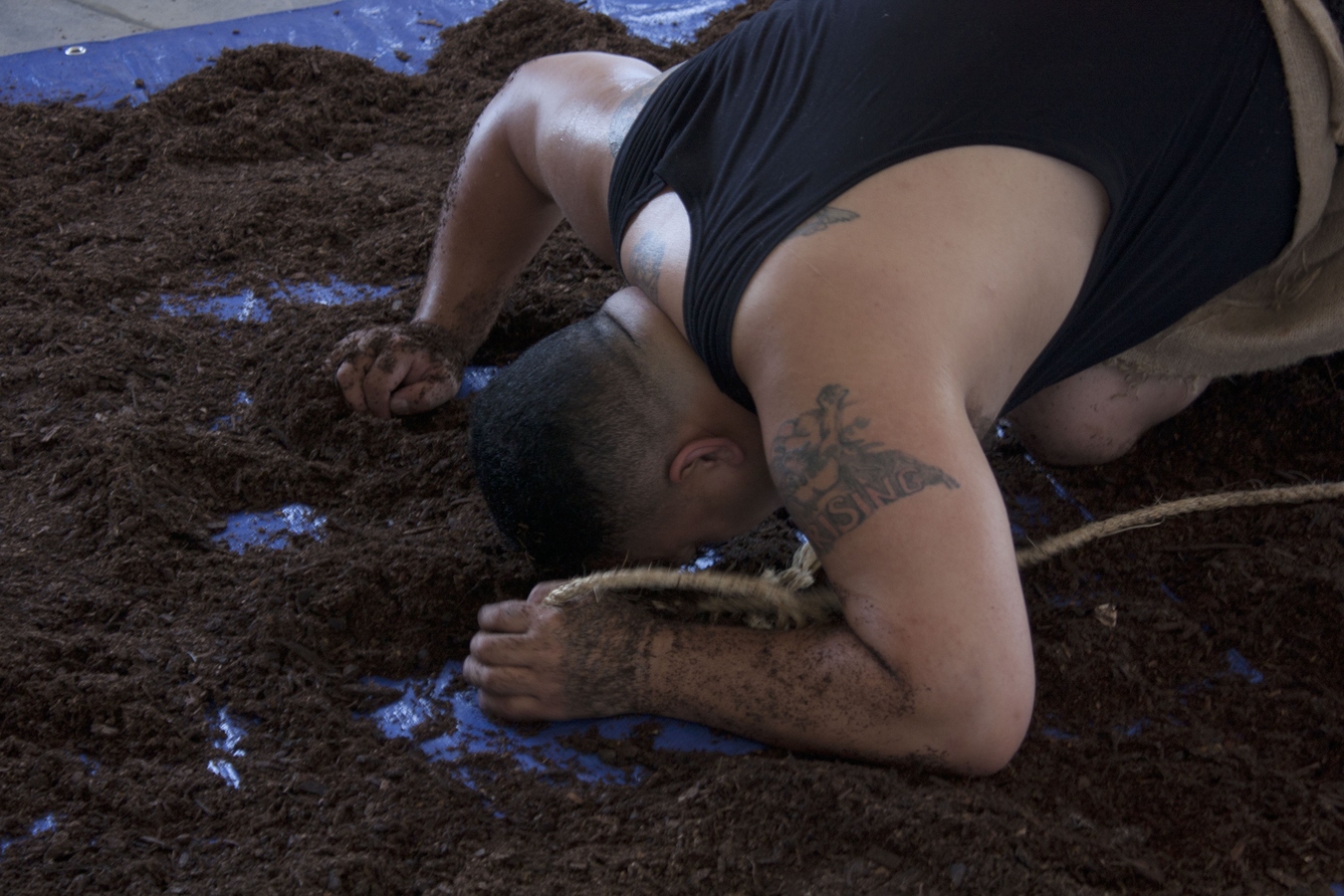 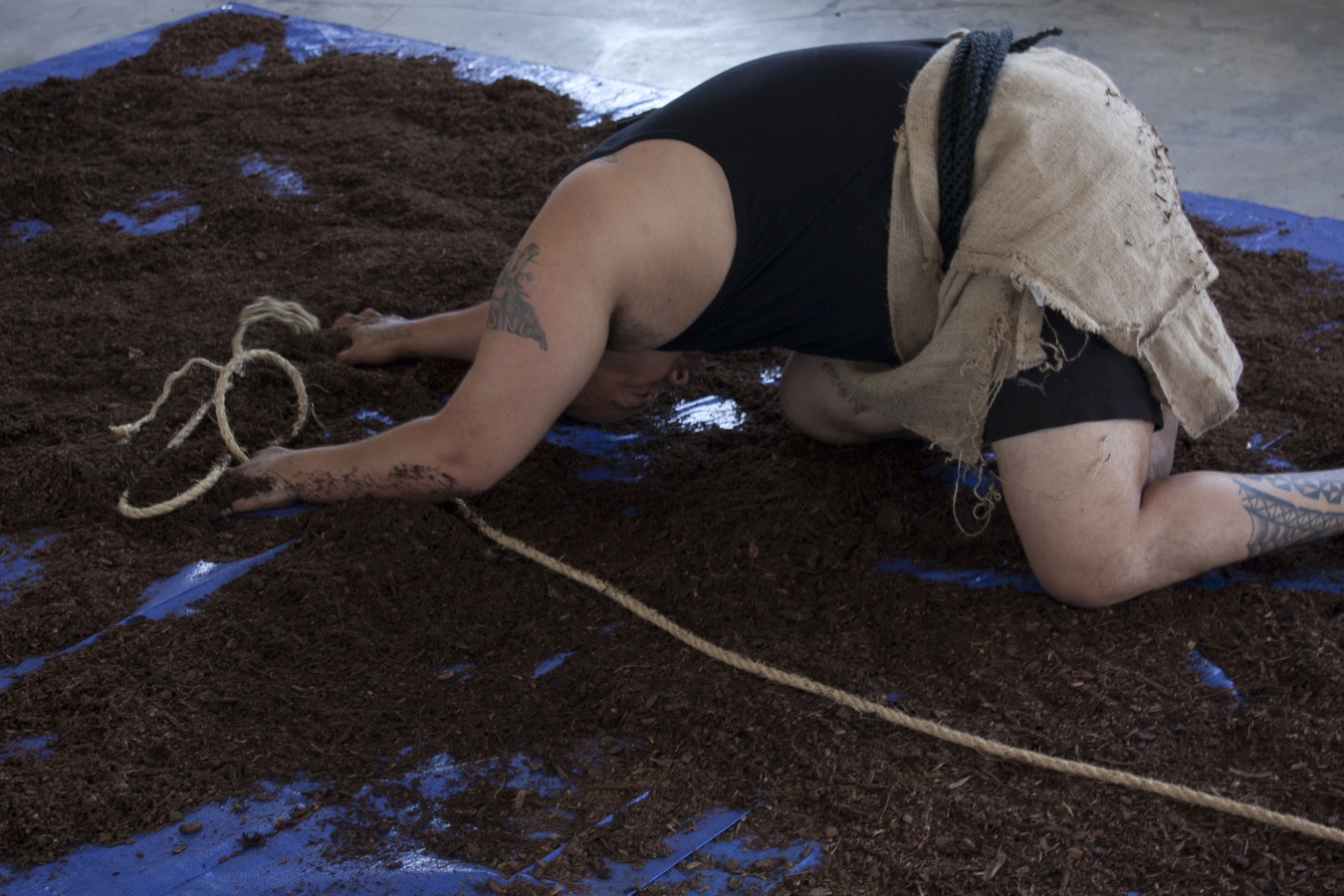 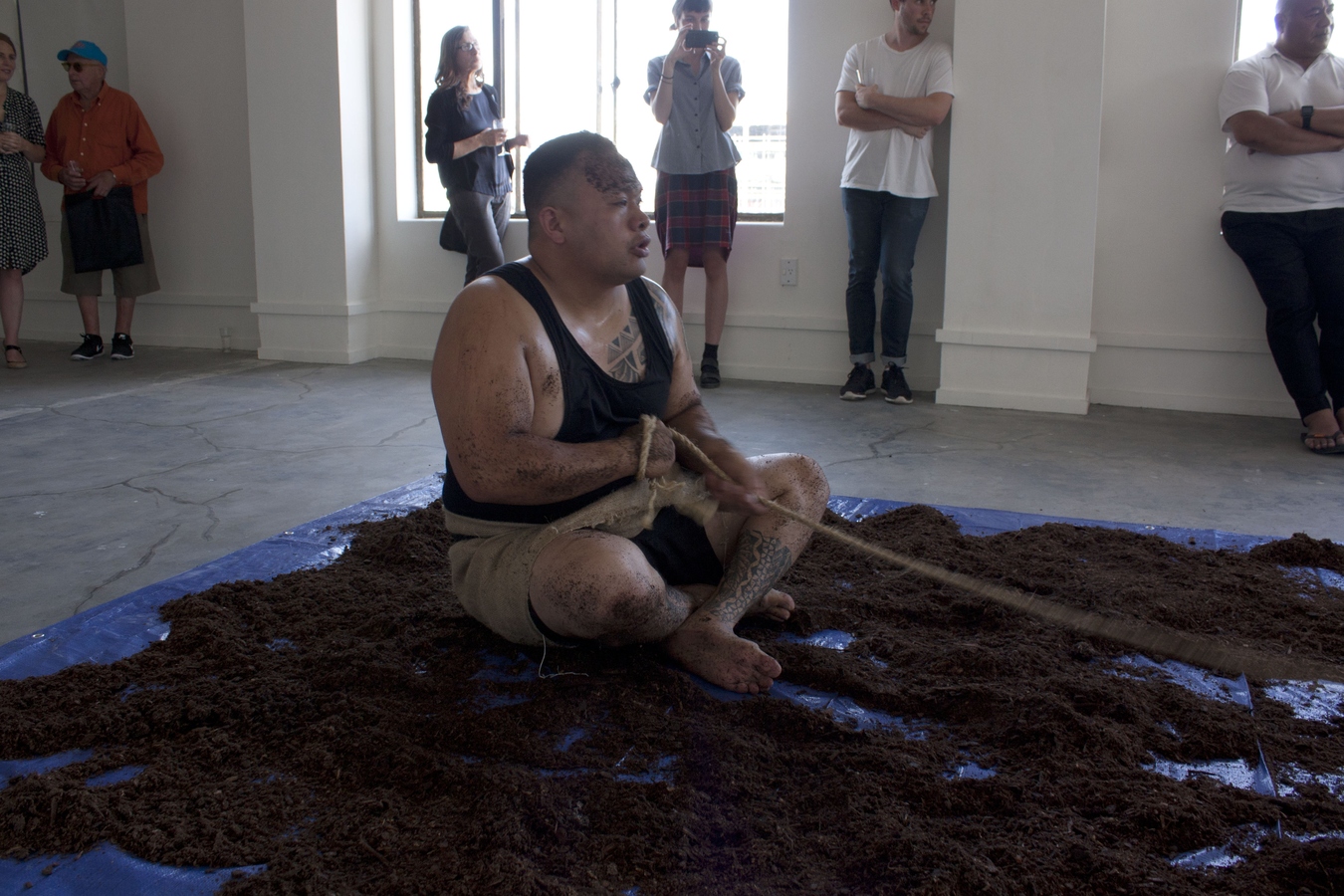 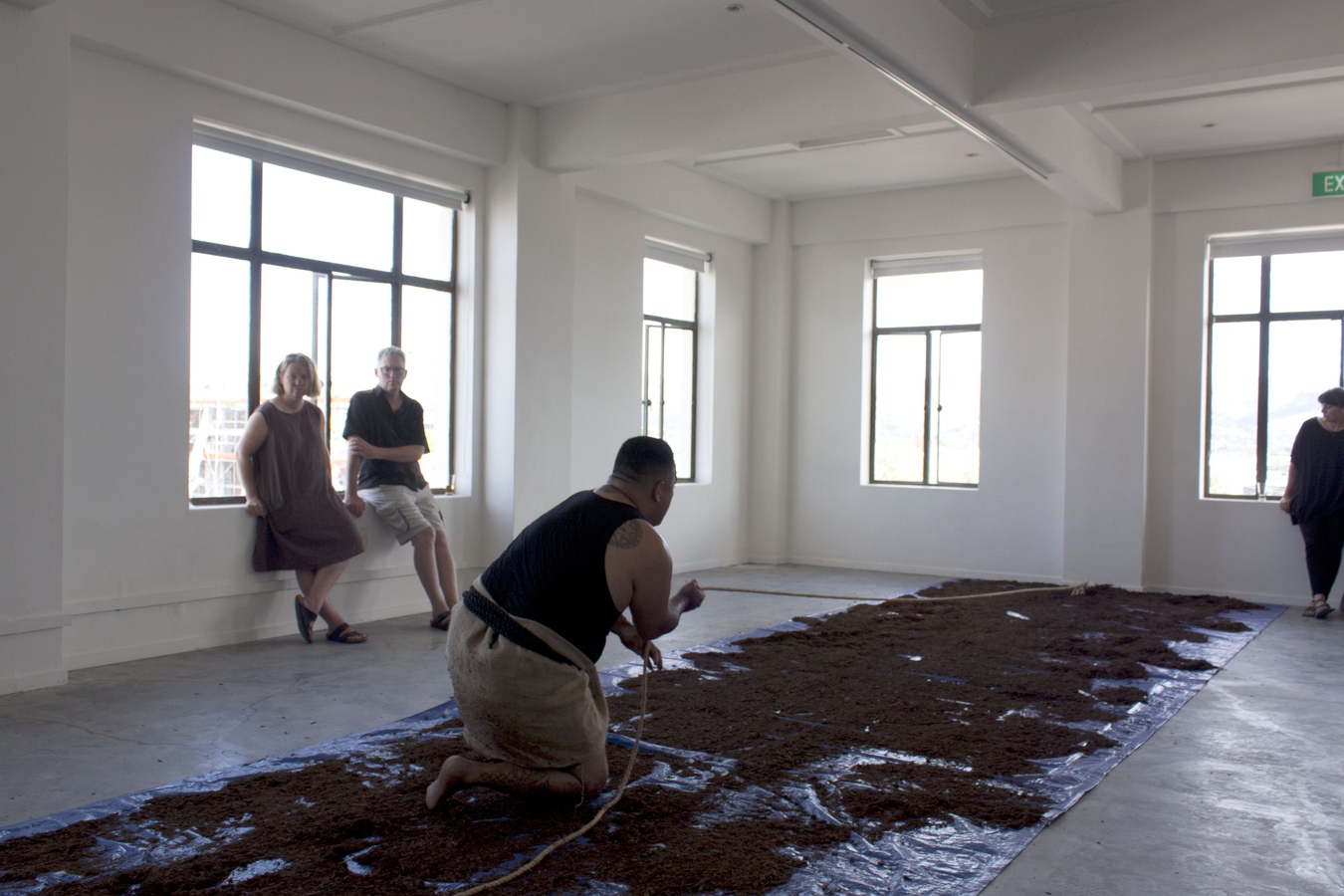 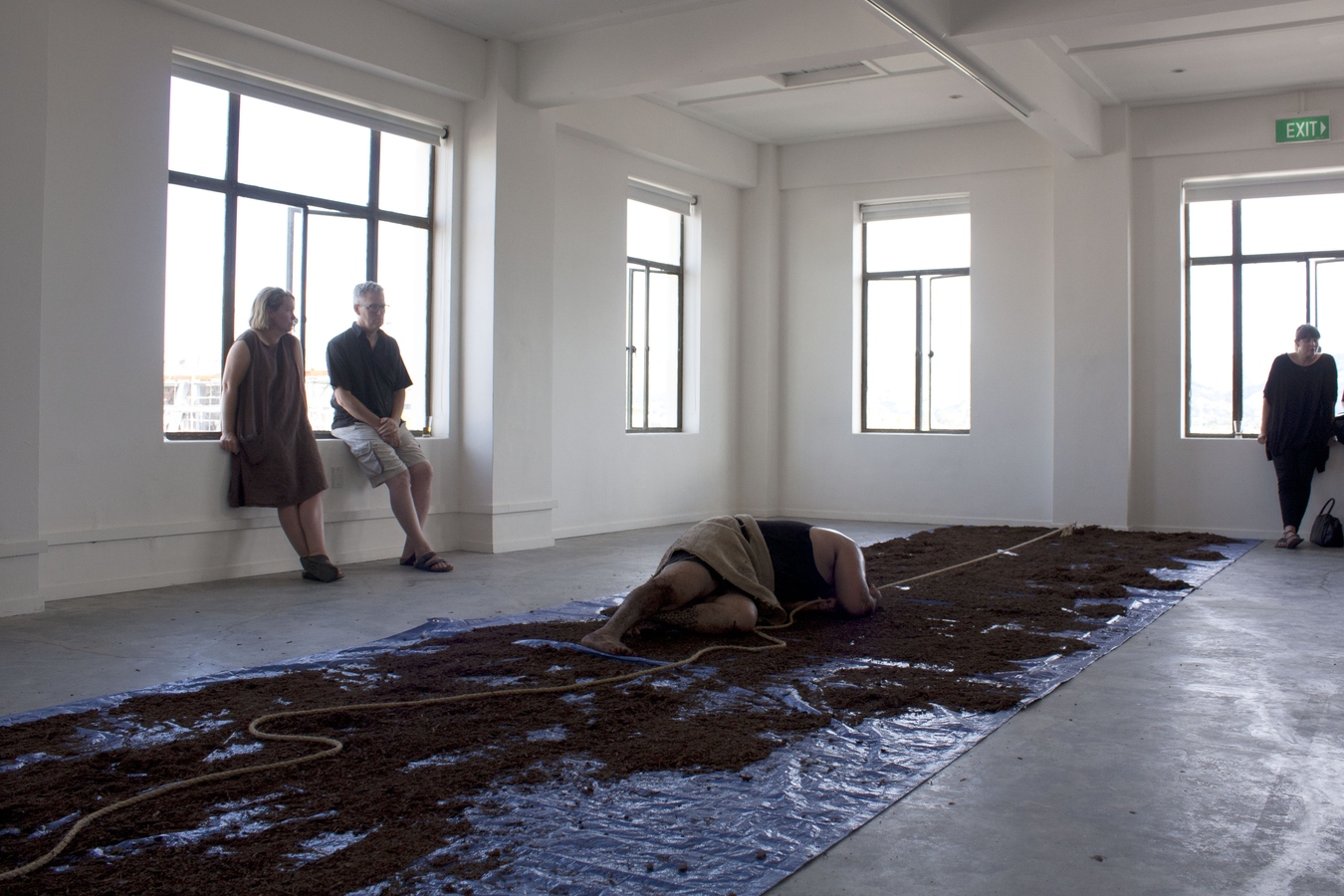 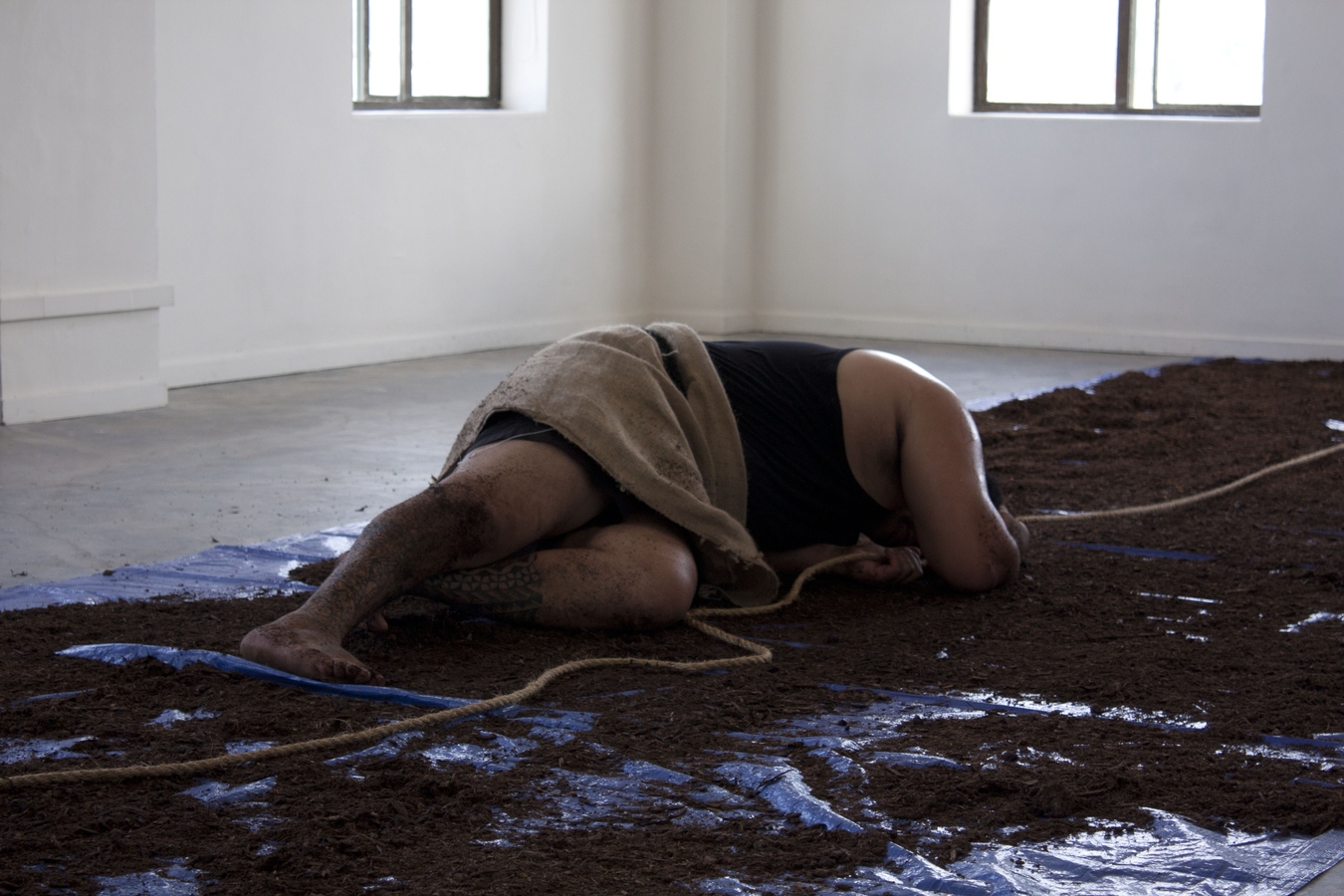 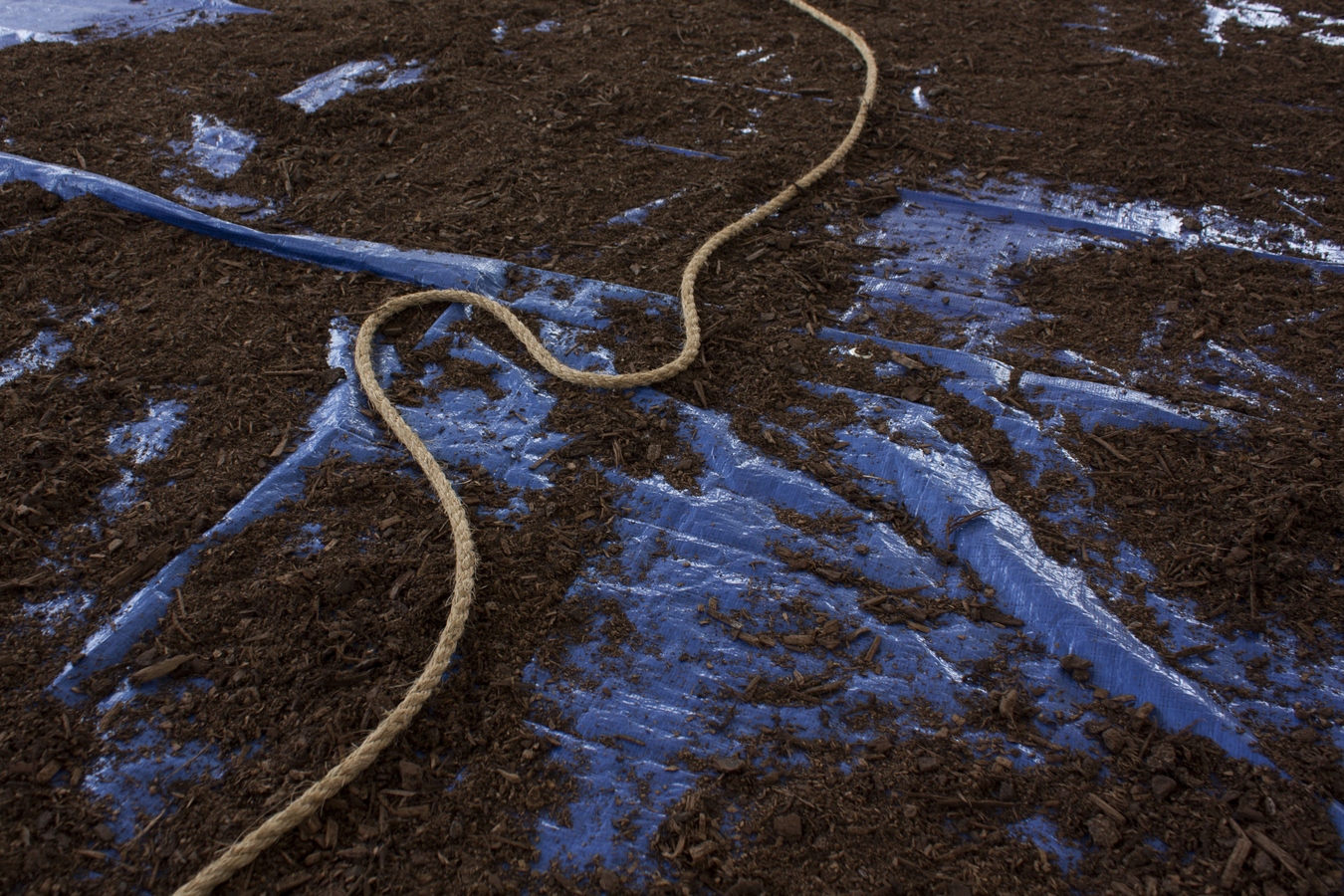 Kelekele mo'ui (Giving Life) is a new performance work by artist-in-residence Kalisolaite 'Uhila. The ordinary materials installed in the space–rope, compost and a few tarps–will be activated by the artist with a simple gesture that speaks to the complicated context of Christchurch and ideas of regeneration. The rope alludes to the legend of Māui fishing up Aotearoa’s North Island and the umbilical cord of new birth. When flicked, the movement also resembles the richter scale graphs that charted the shifting of the land during the numerous earthquakes that shook this region. Through his performance ‘Uhila expresses empathy for the people of Canterbury and courage for the renewal of both the city and the local community.

Listen to the artist talk 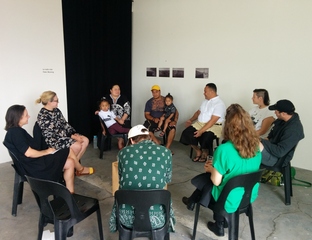