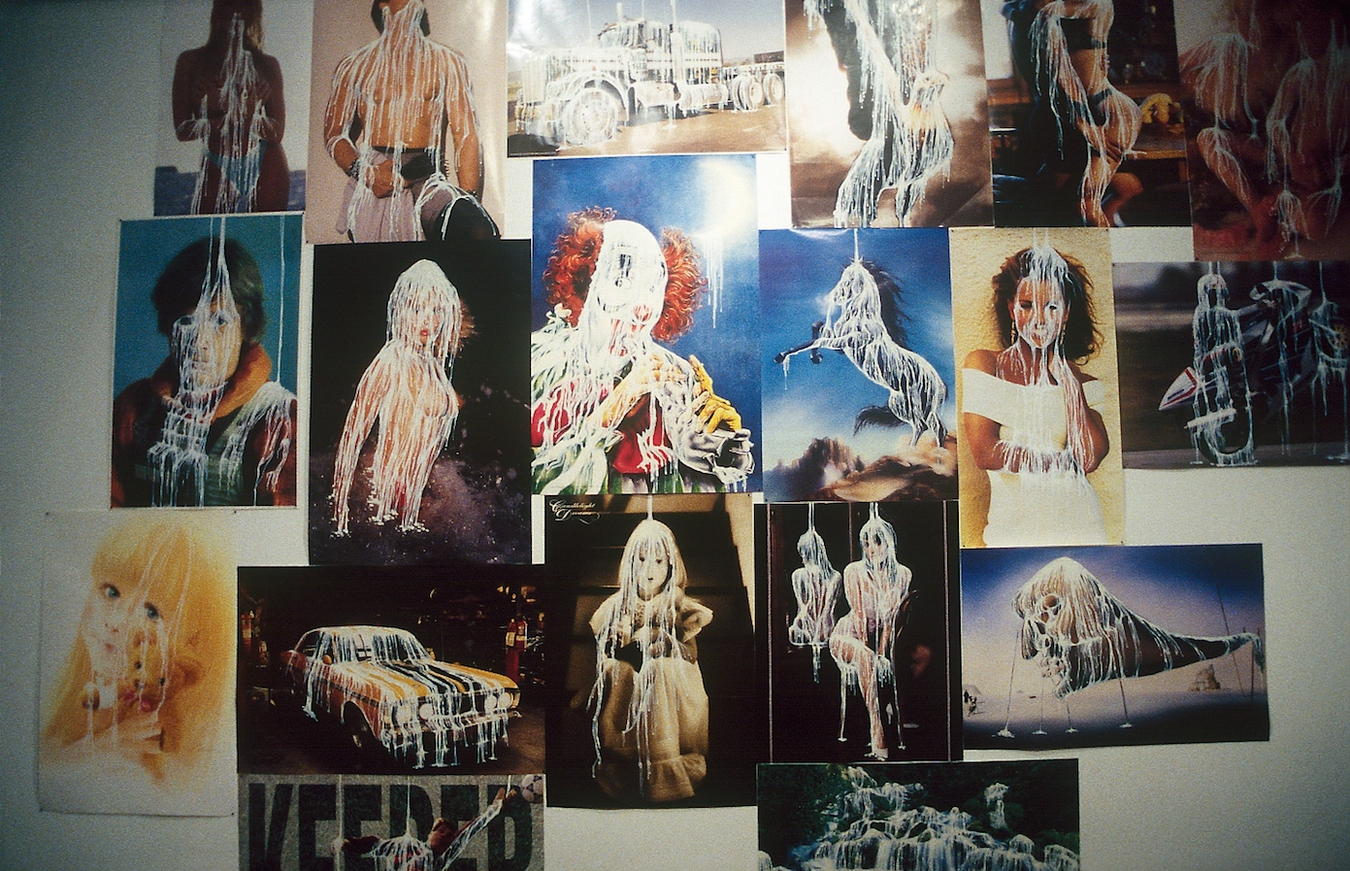 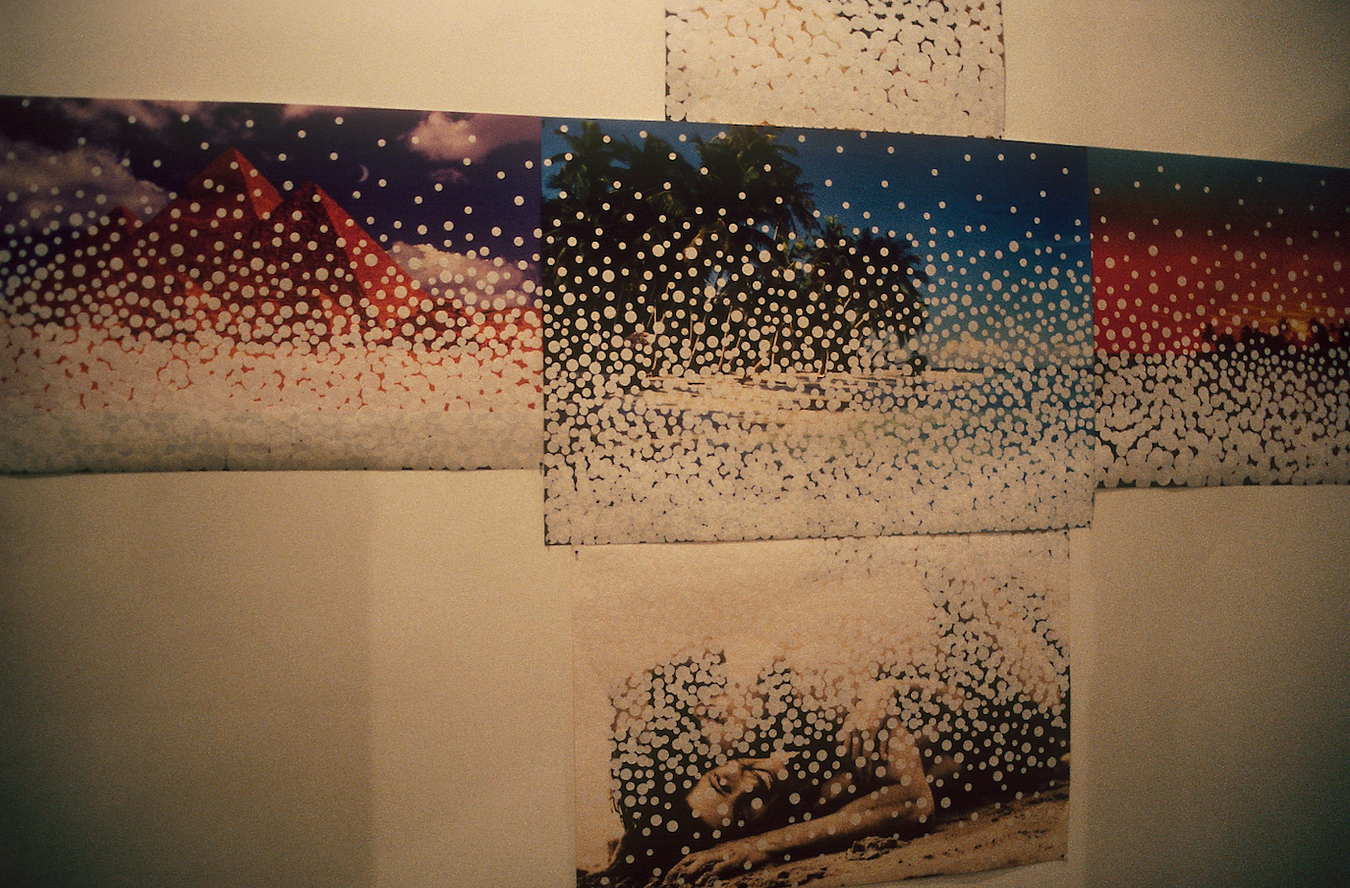 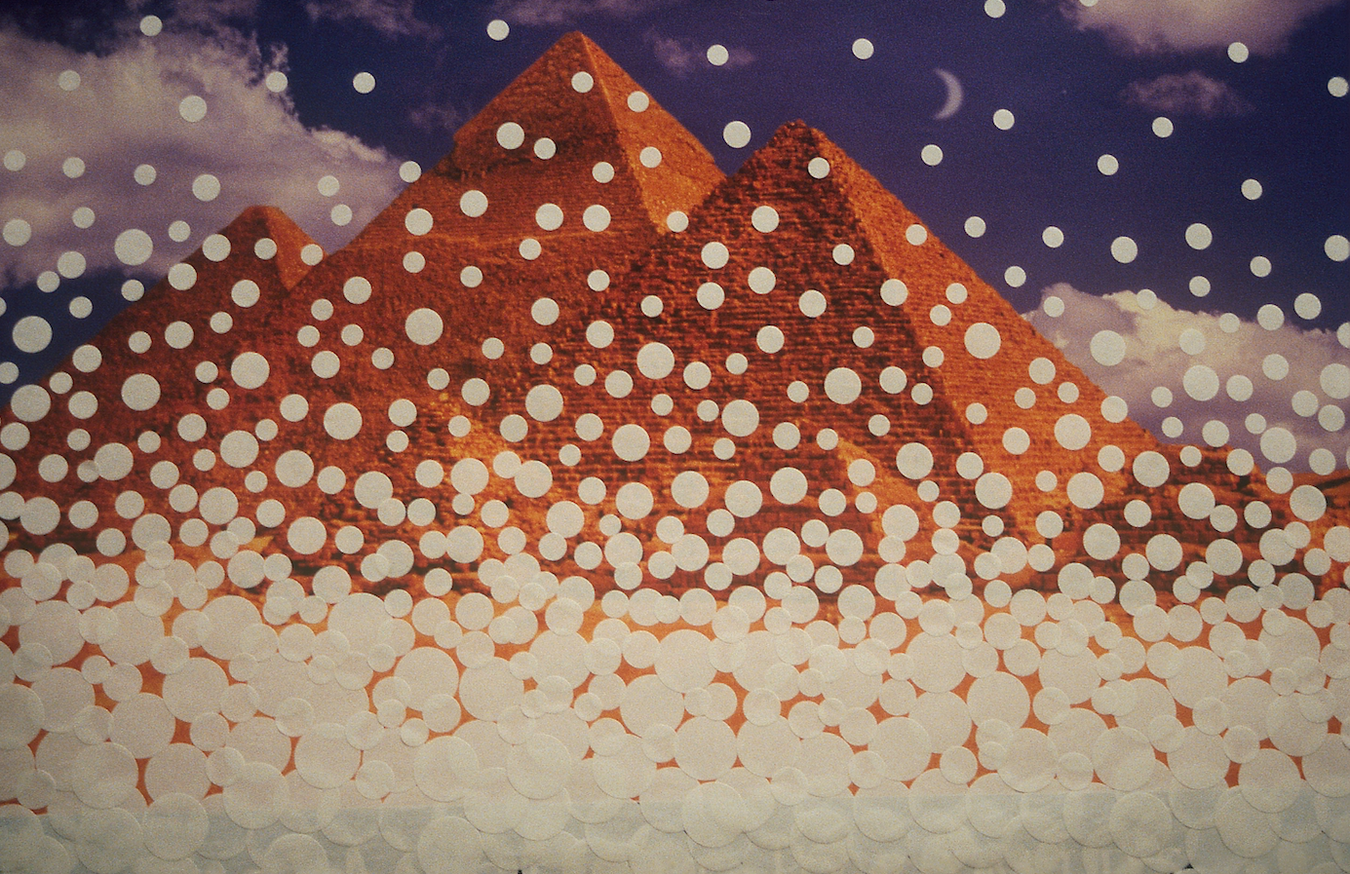 Judy Darragh first came to prominence as NZ's premier Queen of Kitsch when her 1980's shop The Blue Room offered kiwiana to the urban heartland of surrounding Grey Lynn. Pilfering objects directly from the op-shops and living rooms of 'ordinary New Zealand,' her finished artworks demonstrate a dense layering of familiar cliché's played off against one another, re-configured and exaggerated. This contextual complexity is accompanied in Darragh's work by an often garish sense of humour and an obvious love for her discarded materials.
In Love Songs 'till Midnight Darragh makes witty use of materials that might have started life on the shelf of her local stationary shop. Displayed in a cross formation on the gallery wall glossy scenic posters are covered in a snowy mist of small white sticky labels. Viewed through this blurry haze a Hawaiian sunset and the pyramids look eerily alike.

Further into the gallery sexy hunks and sugar n' spice kiddies gaze serenely out from behind streams of white twink that erupt from their mouths, ears, and eyes, cascading over their airbrush-perfect bodies in what Jon Bywater describes as "a juicily direct use of correction fluid to play up the not-so-subtle desires that drip and bulge forth from bedroom and workshop walls." (1)

Despite these phallicly proportioned waterfalls gushing from their various orifices, Darragh's cast of working class characters seem oblivious to their sticky predicament, seductively smiling on. With tongue firmly in cheek, Darragh refrains from adopting an overtly judgmental or authoritarian position, preferring to delightedly poke and prod at her subject matter, each twink dribble applied with loving care.