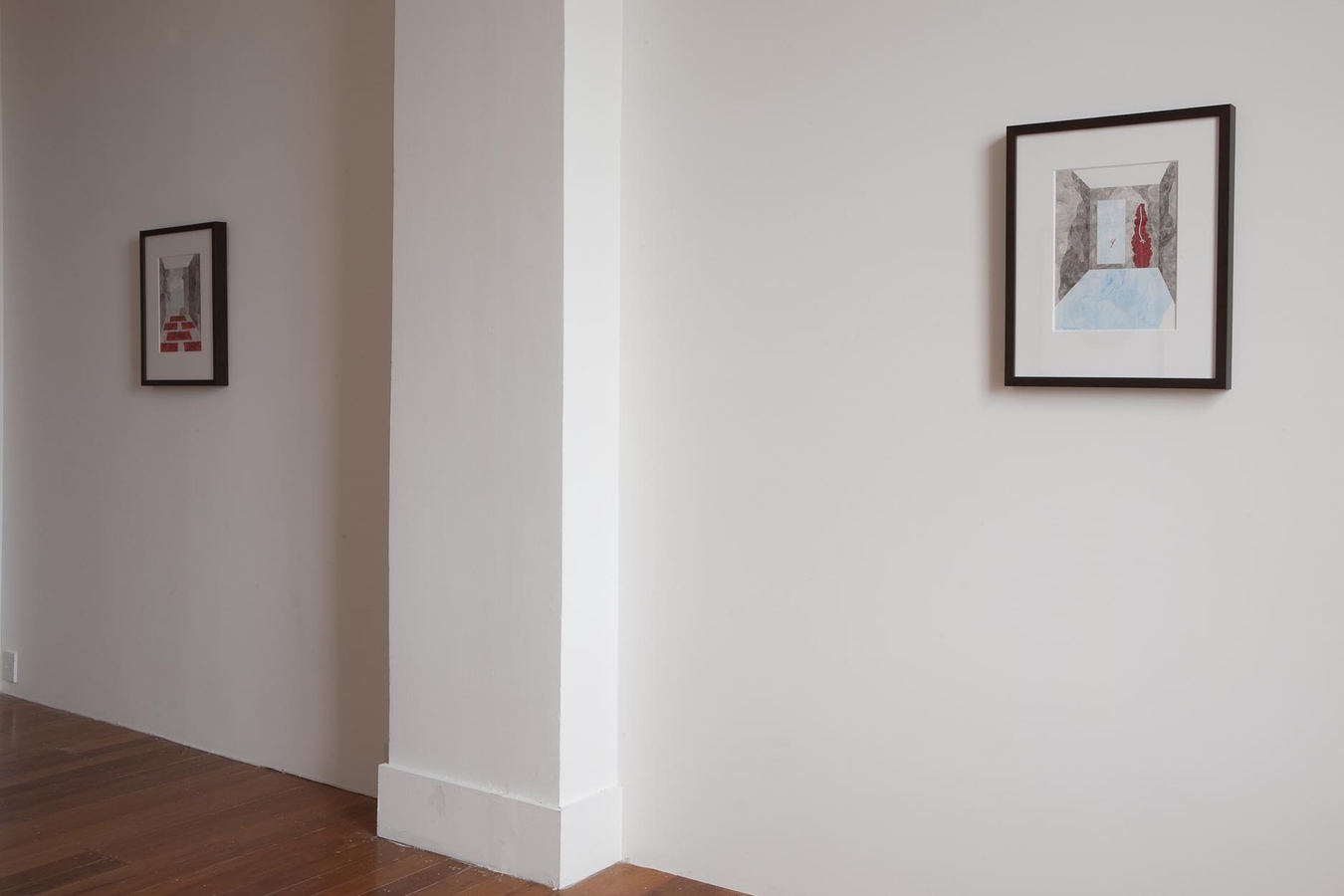 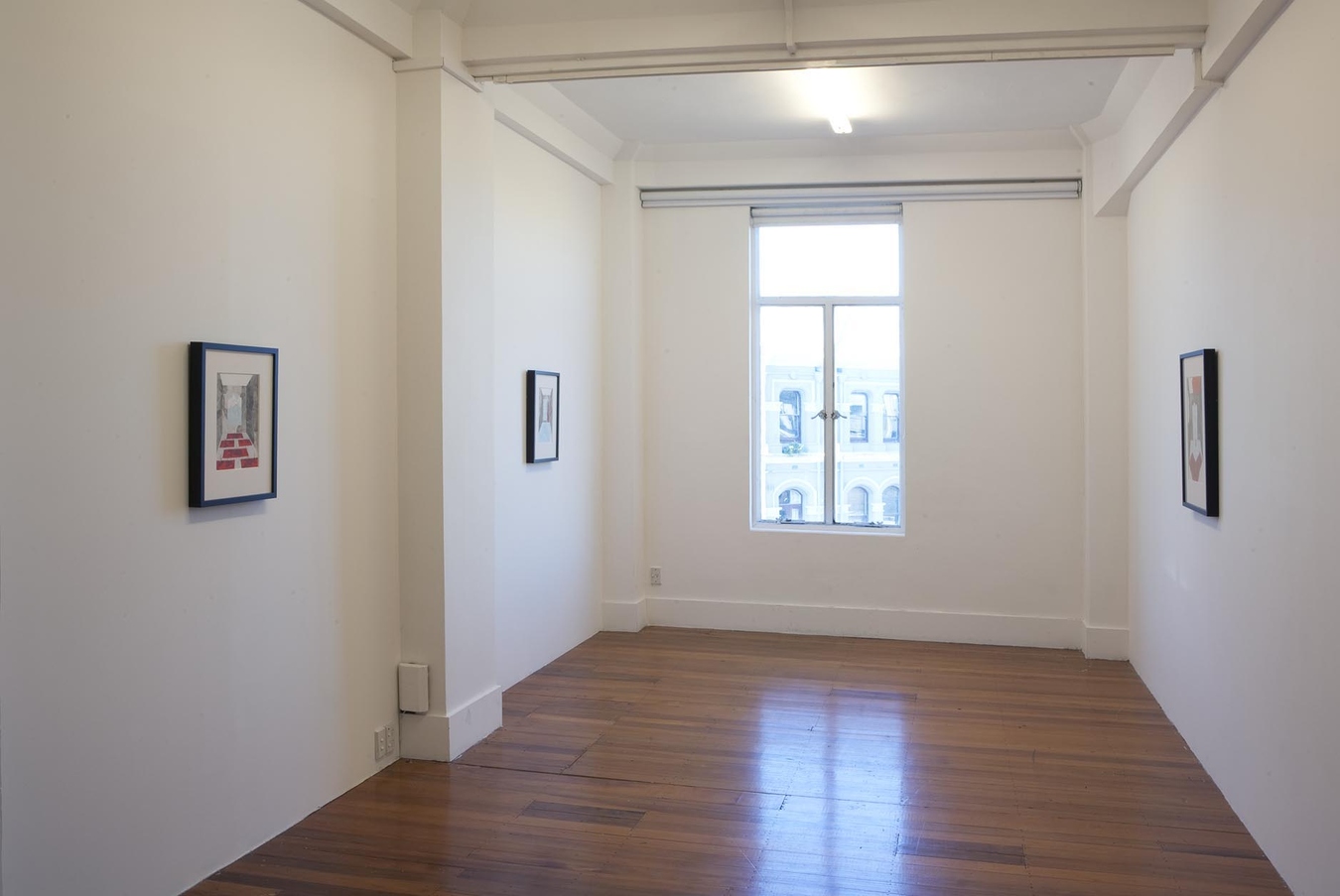 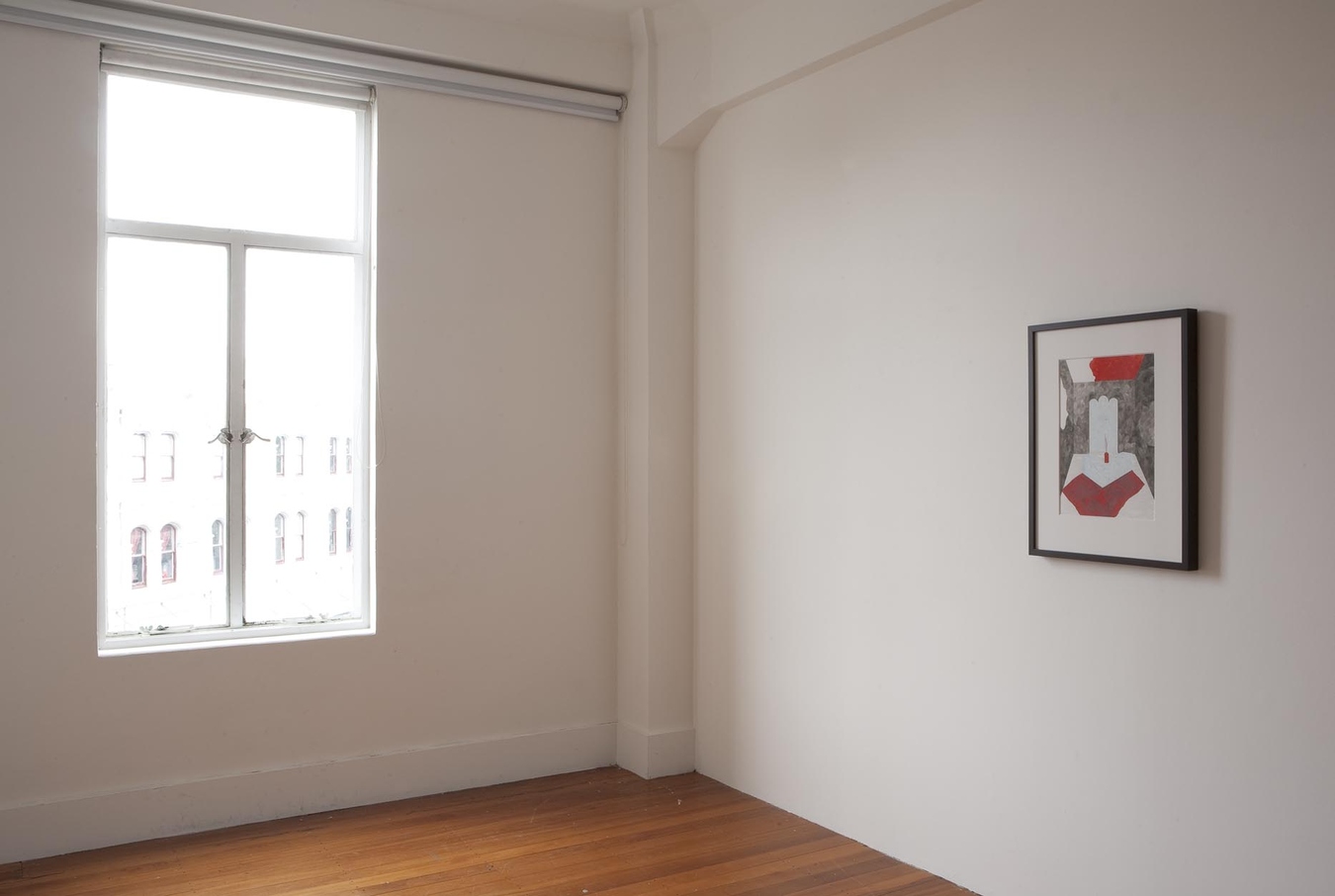 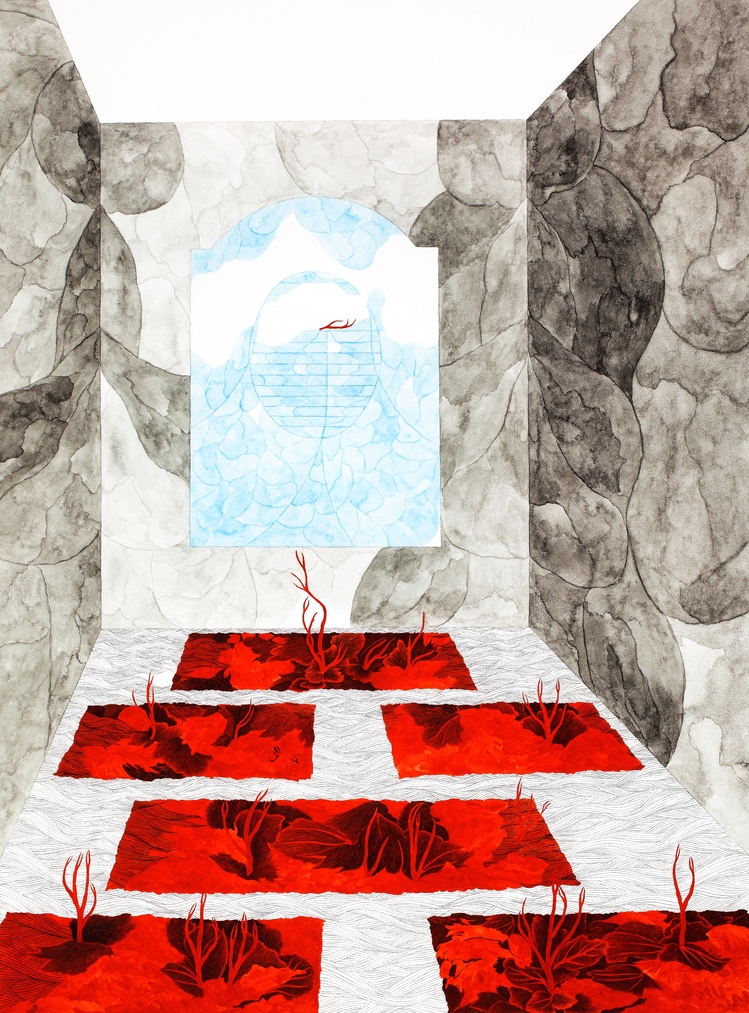 Proffering a world of clouded surfaces and shifting facades, Georgie Hill’s exhibition L-shaped counter promises visitors to The Physics Room a pleasantly beguiling experience. Depicting objects and environments that carry with them an underlying sense of the memorial, Hill inscribes a series of intimate, architecturally framed spaces.

Acting as an elaborate ruse for the senses, Hill’s serene internal enclaves appear heavy-hearted and time-worn. With each interior space accommodating a relic or keepsake of some kind, the drifting sense of temporality within these unfamiliar realms proves both hypnotic and haunting as unseen currents and influences play across the walls of these disarming, dreamlike rooms.

Enrobed with subtly feathered and fluid lines, the delicacy favoured by Hill in her depiction of these ambiguous and ever-evolving chambers invites examination of the works at close range. Although frozen in time, the walls in these spaces quiver with life as elements merge and morph and the regularity of their surface camouflage threatens to dissipate. Establishing a tangible sense of uncertainty with an air of remembrance that holds some kind of promise, Hill invites us to invest in the subtlety and symmetry of each scene’s various details.

“In these works I explore the carving out of private space and the traces of oneself left on chosen spaces, and on the objects within them that are held dear. Through these objects and places we escape from time, and construct boundaries to declare what is public or private, what can be seen and what must be hidden. The key quality of domestic space is its capacity to be controlled and contained. Intimate spaces are protective and are very revealing in their nature; they can be sites of honesty where all guards are let down and secrets are held, or sites of escapism where shrines of self-deception and obsession are built.”