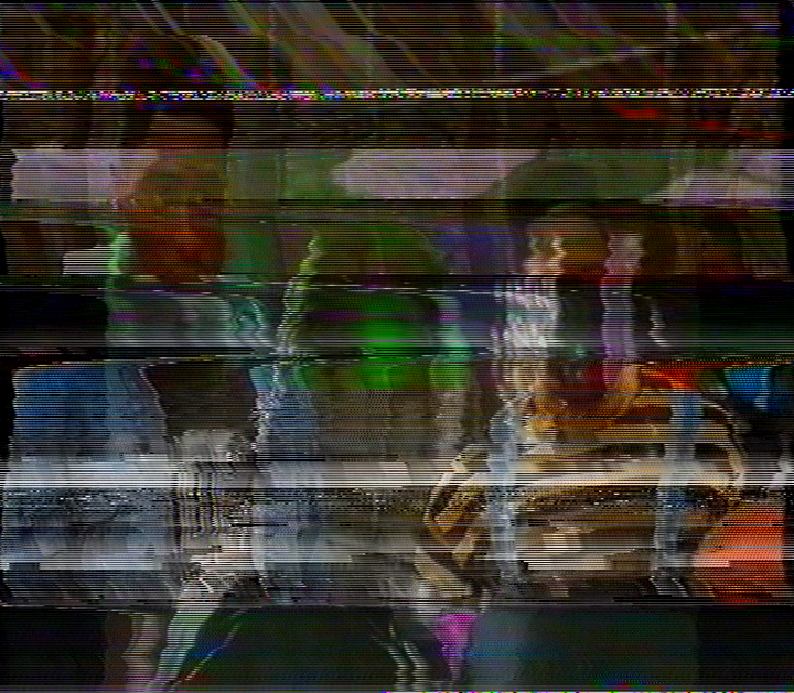 Image: Still from ‘The Existential Crisis of the Individual in the Postmodern City’ from Trilogy, 2011 – 2017 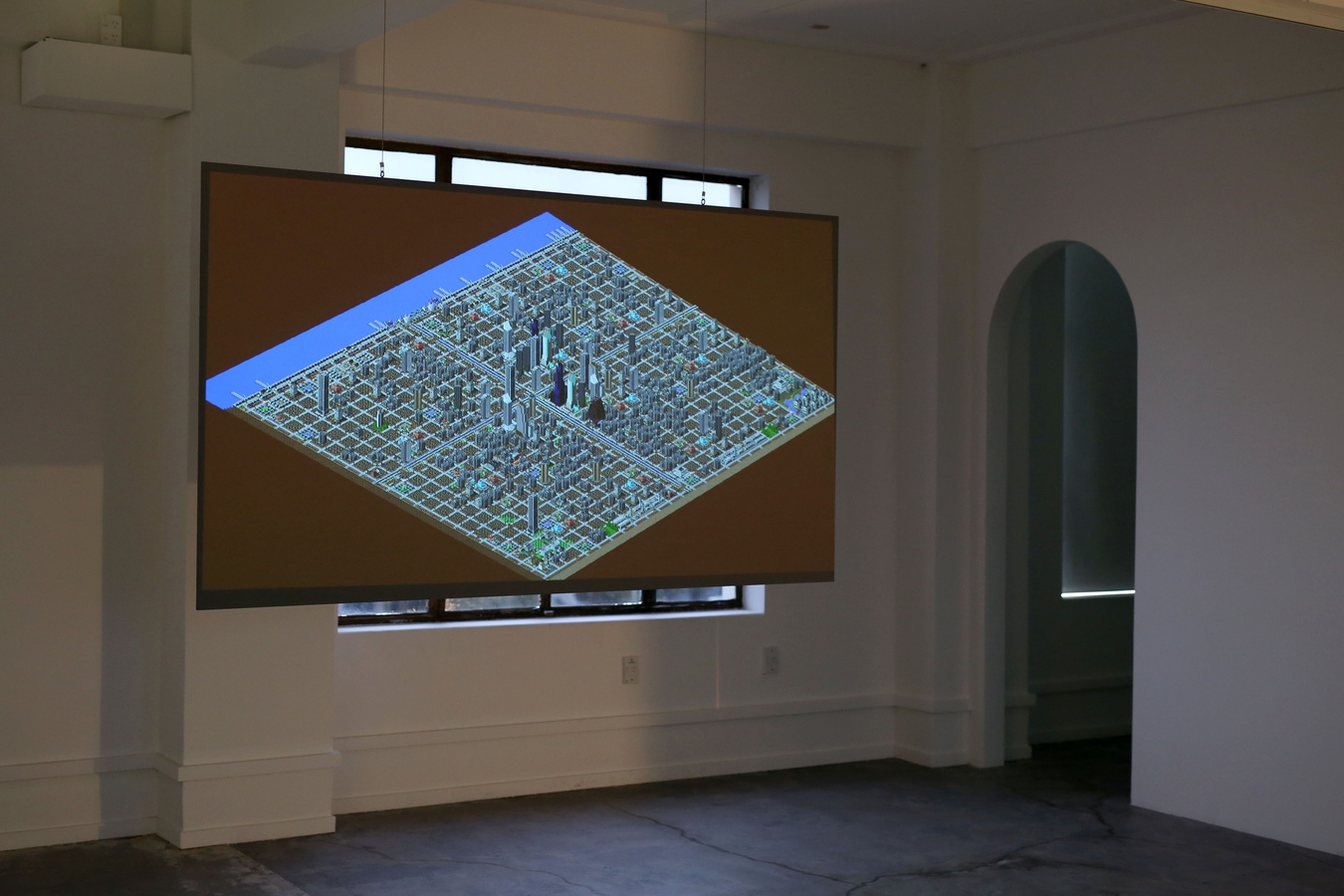 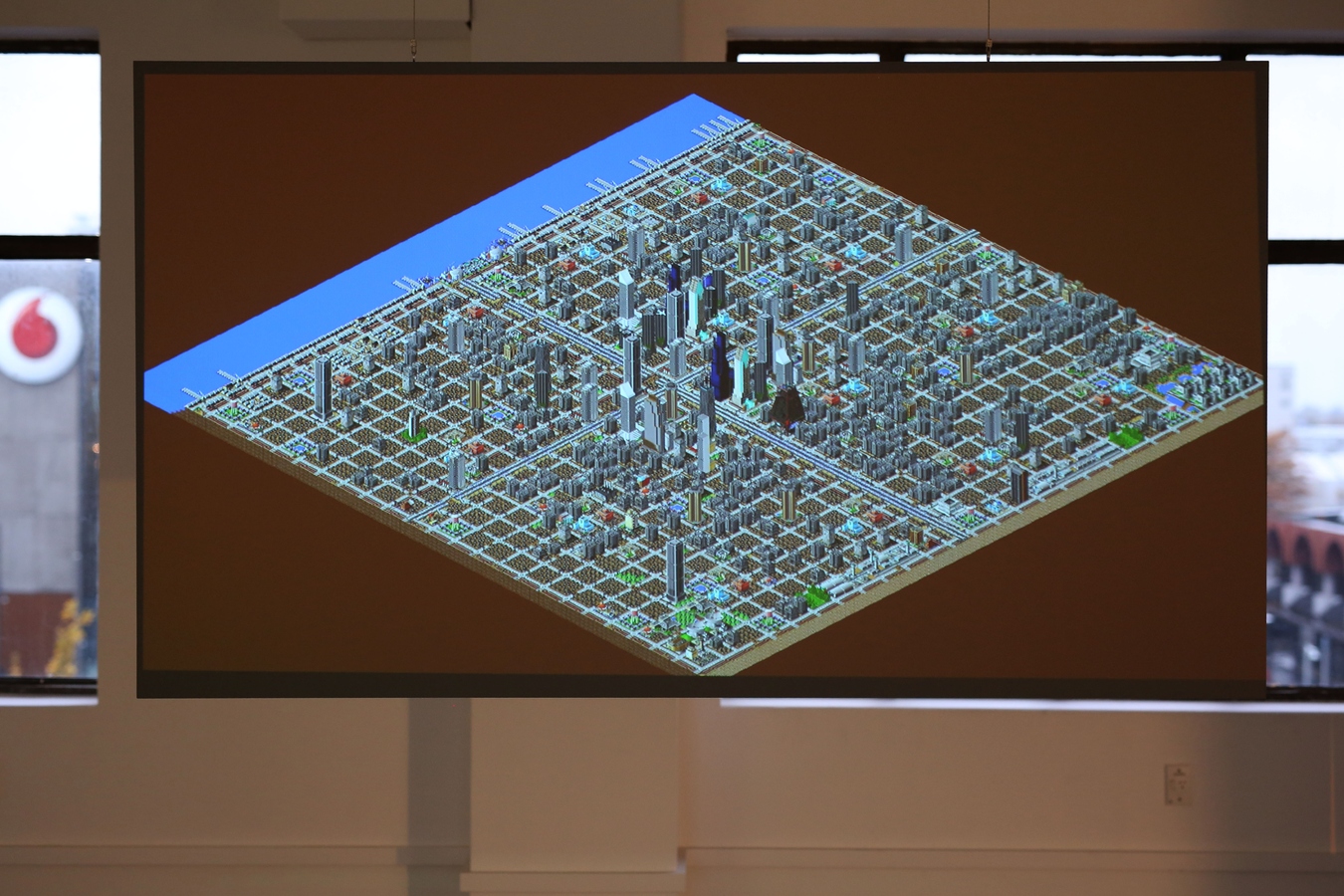 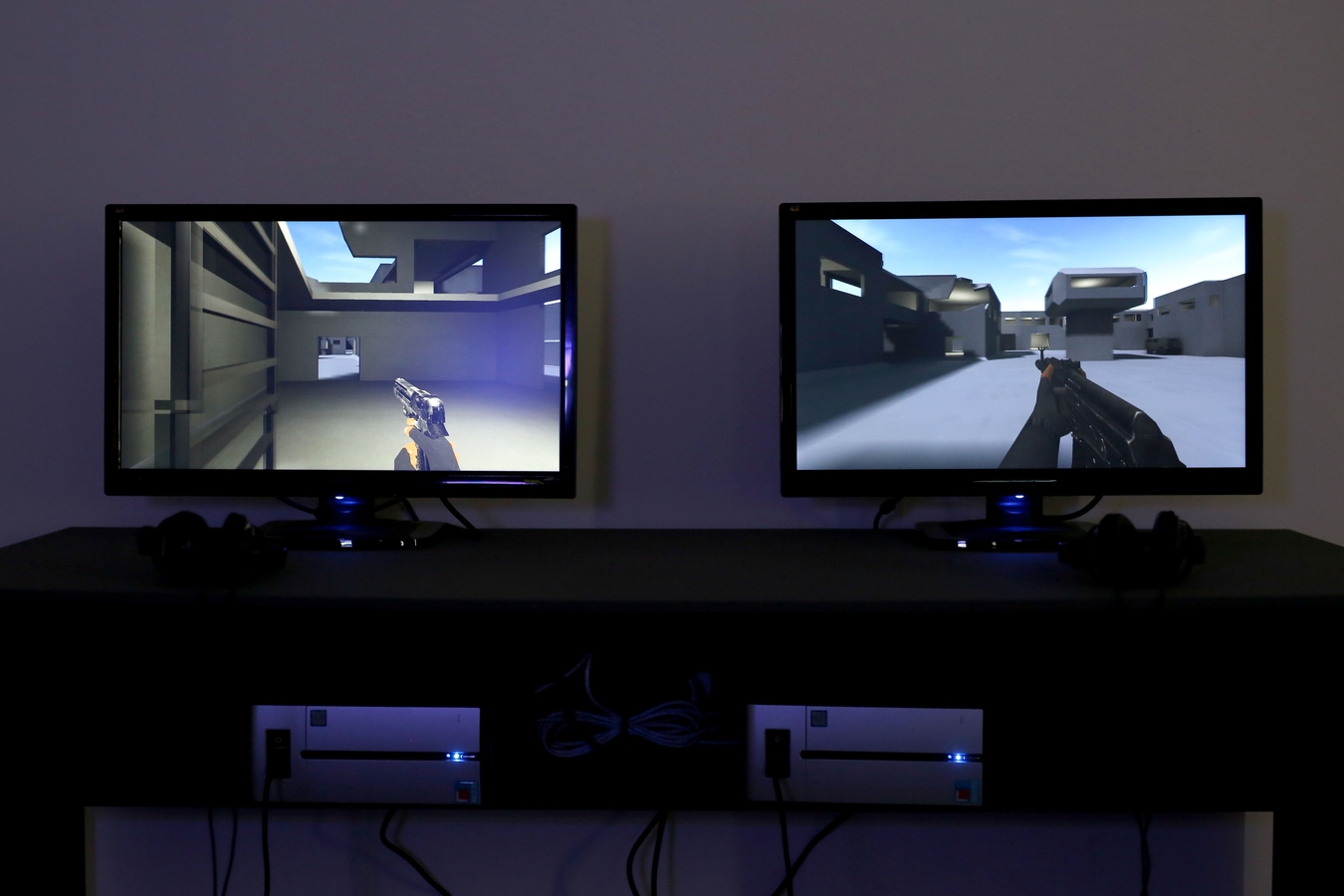 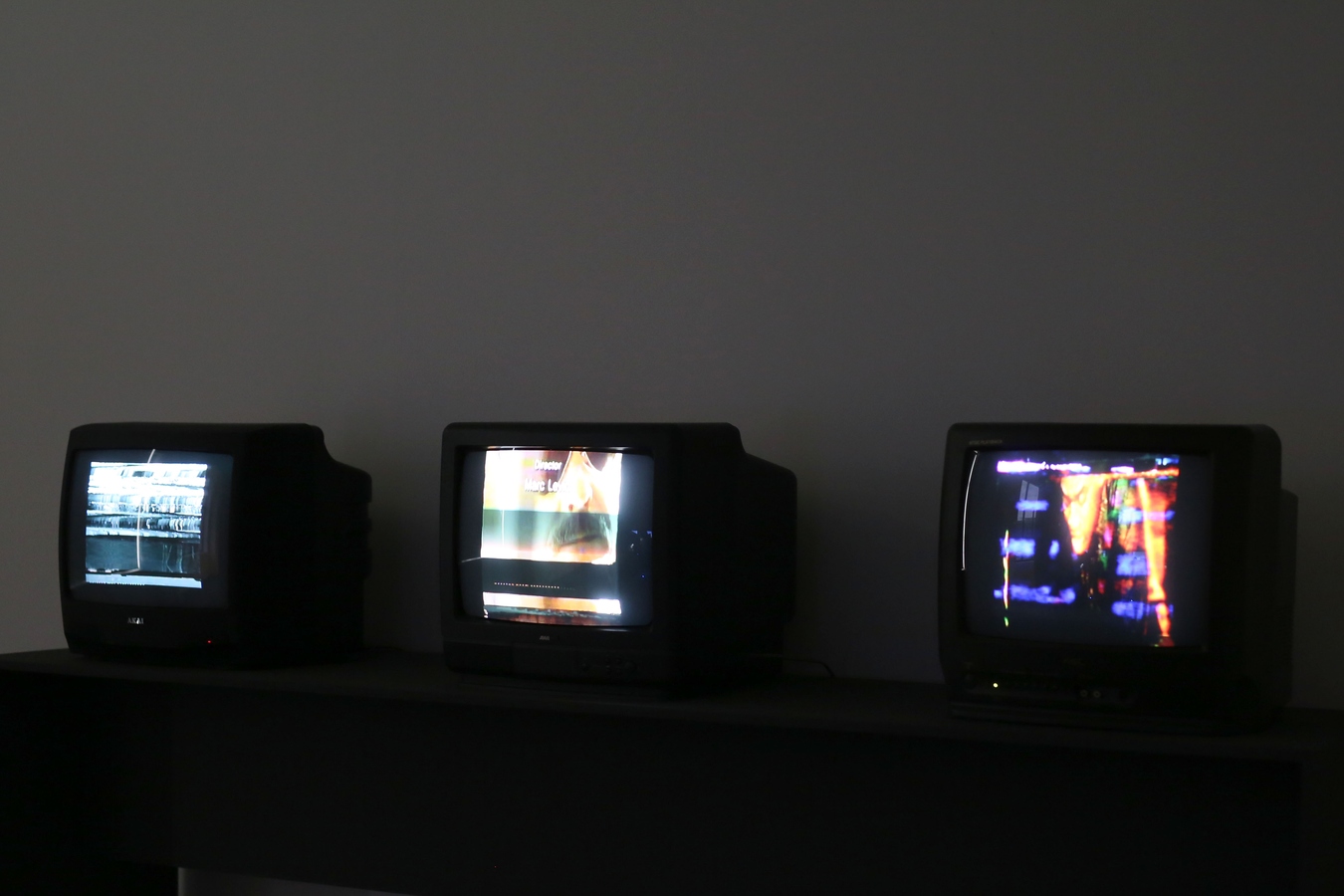 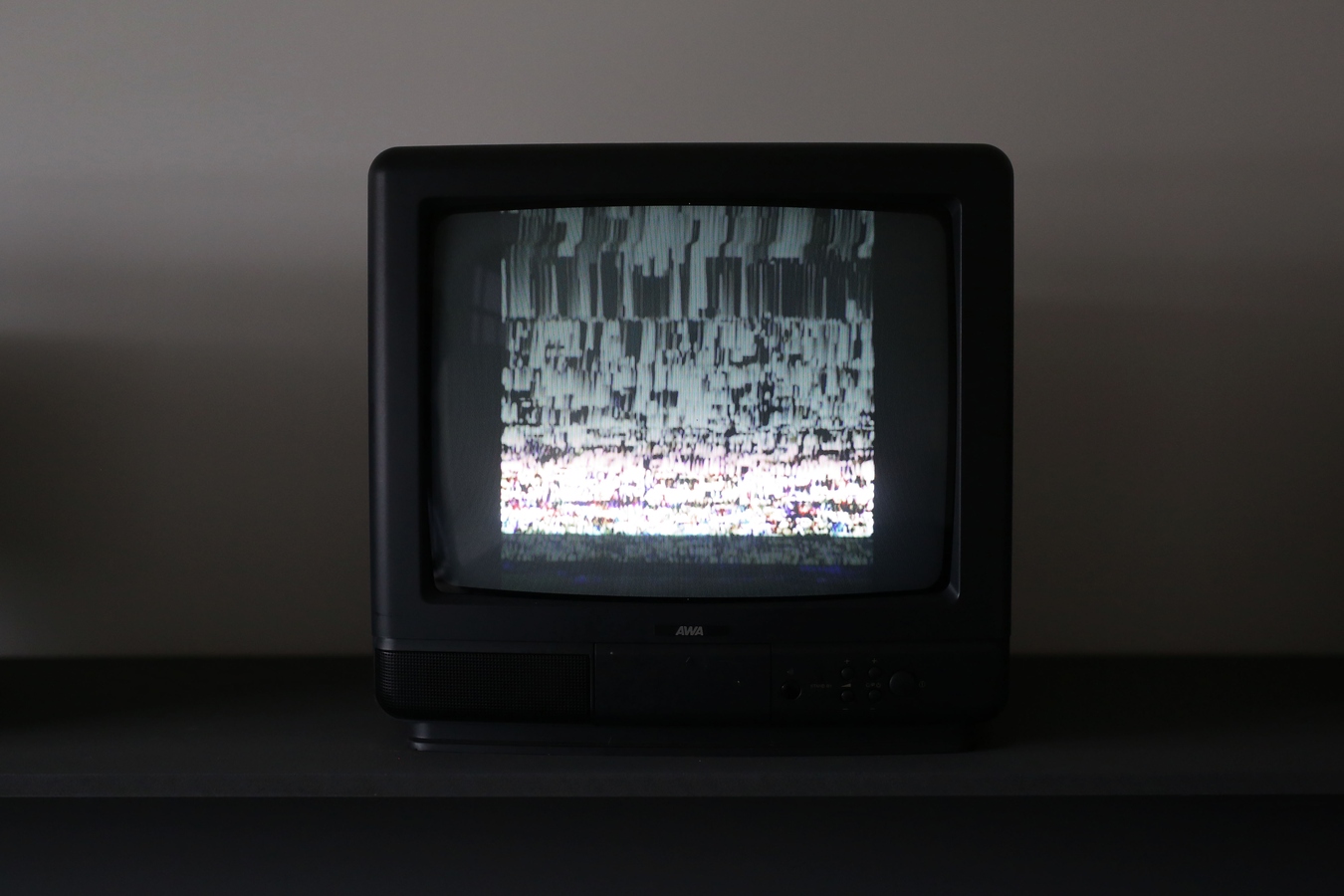 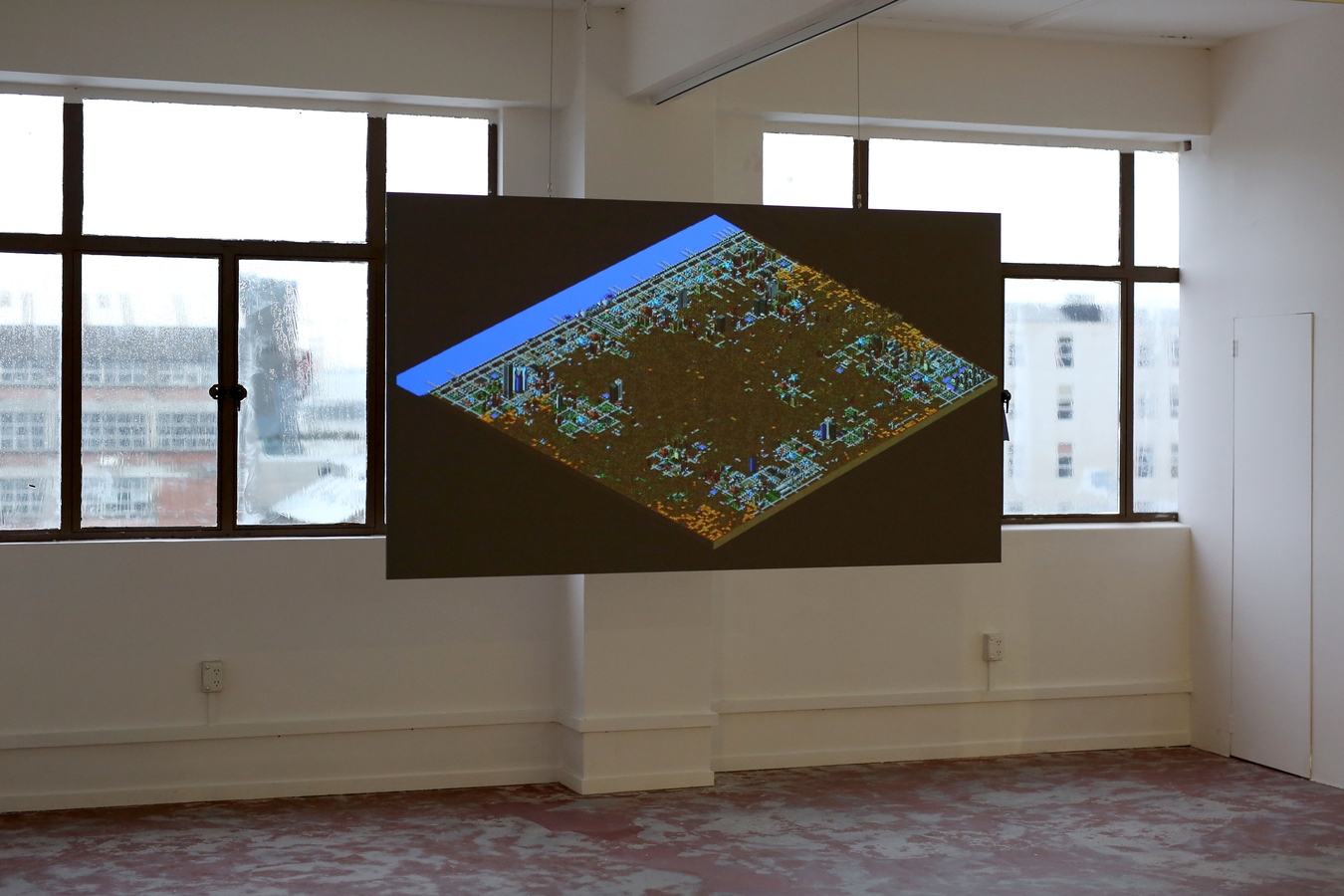 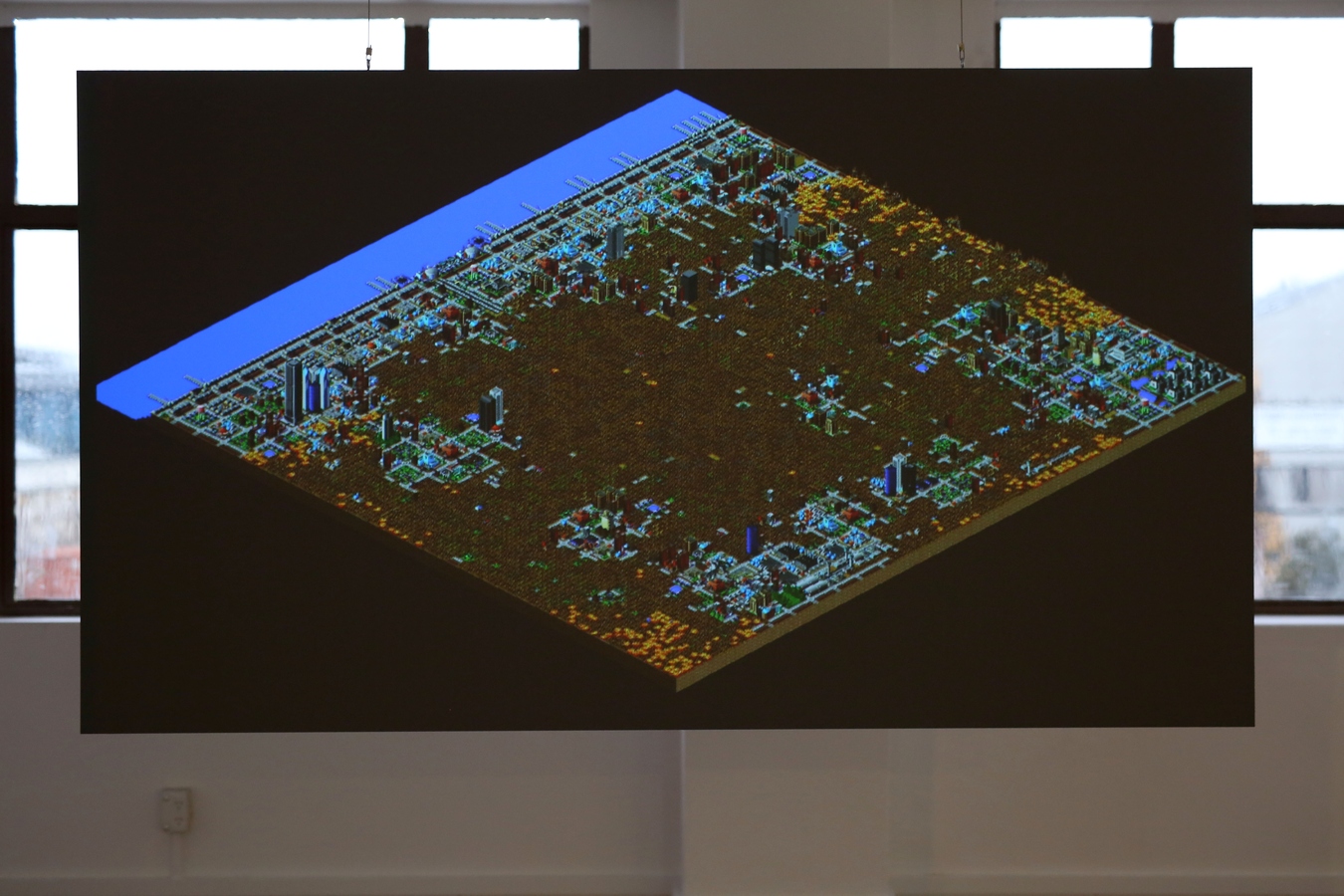 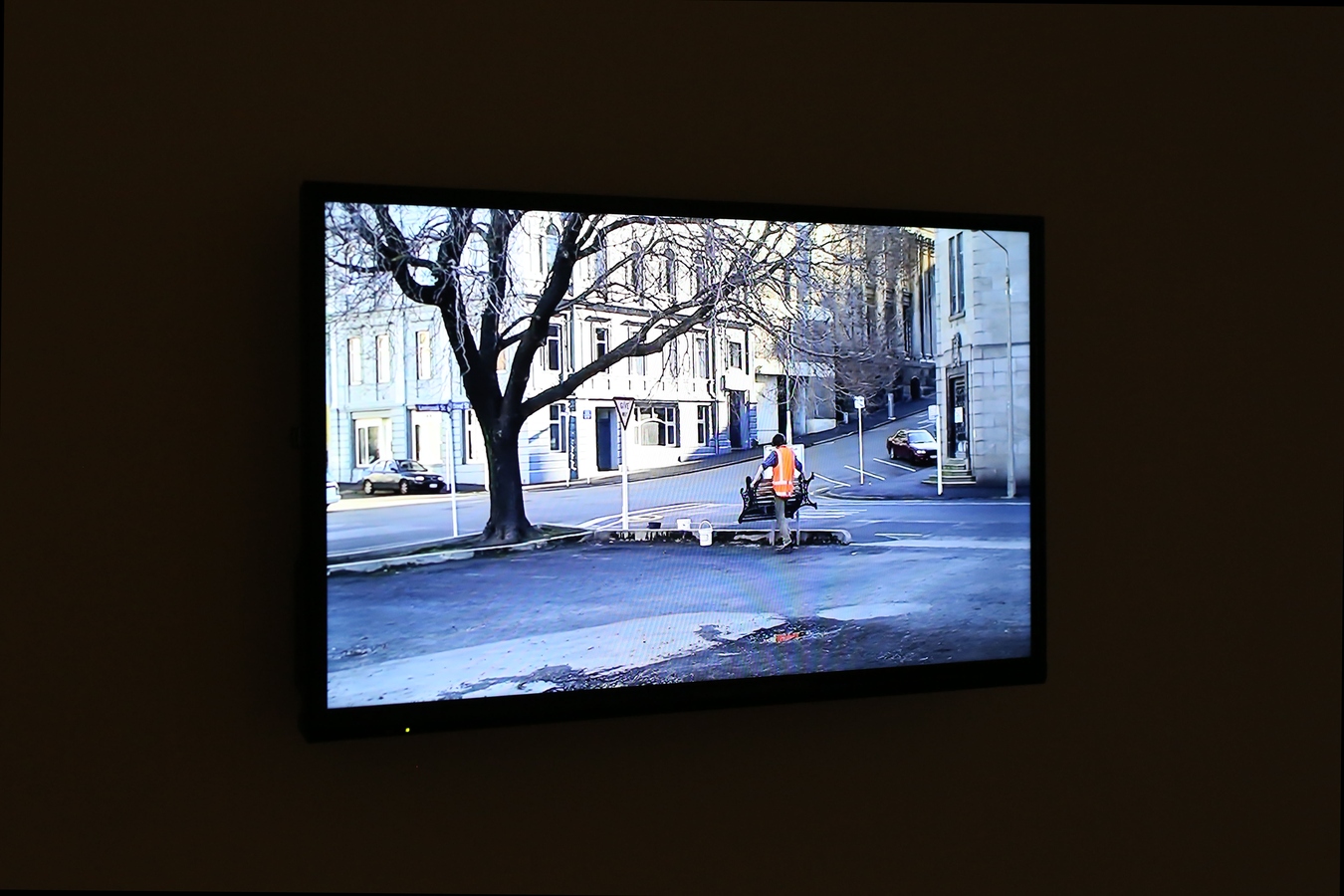 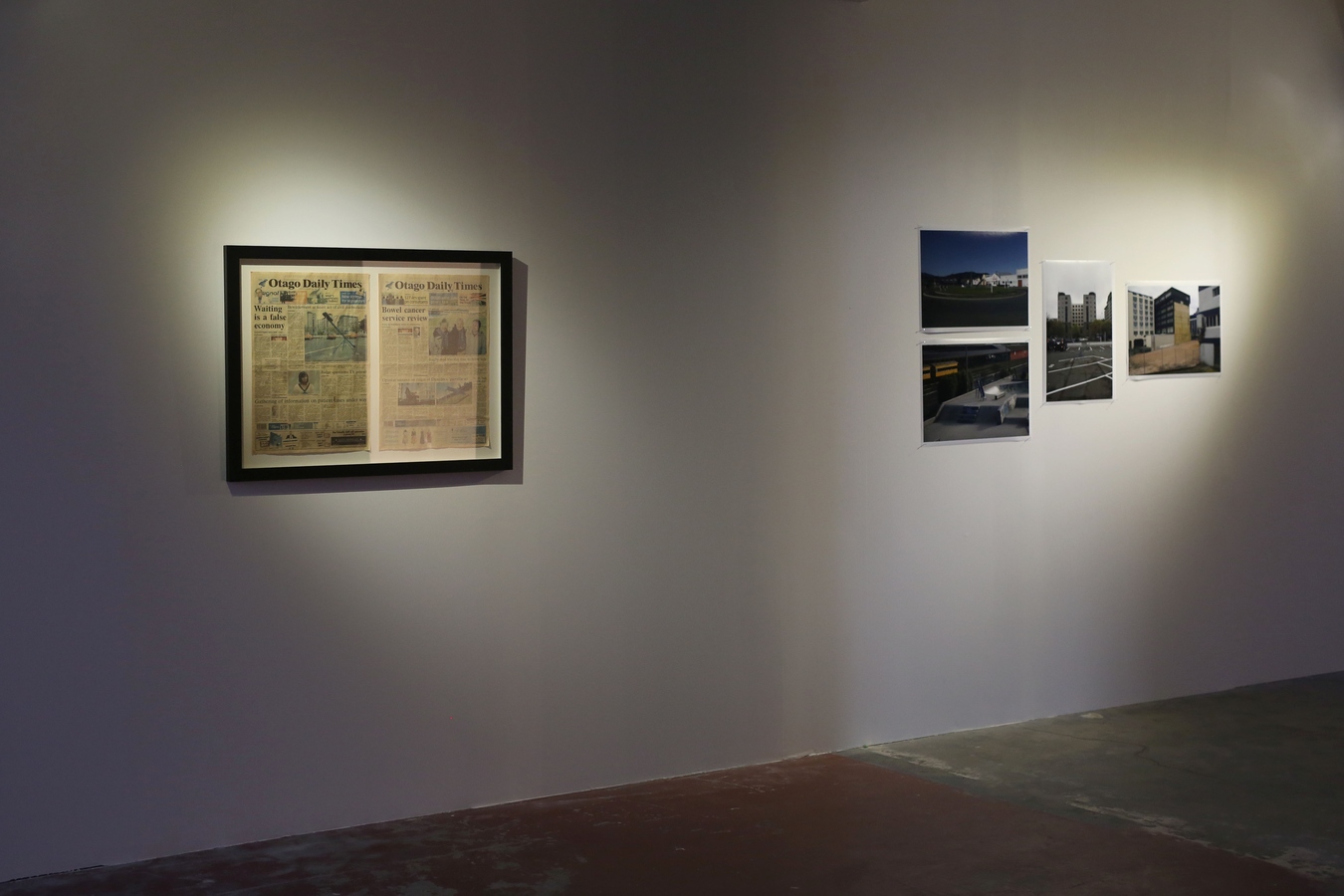 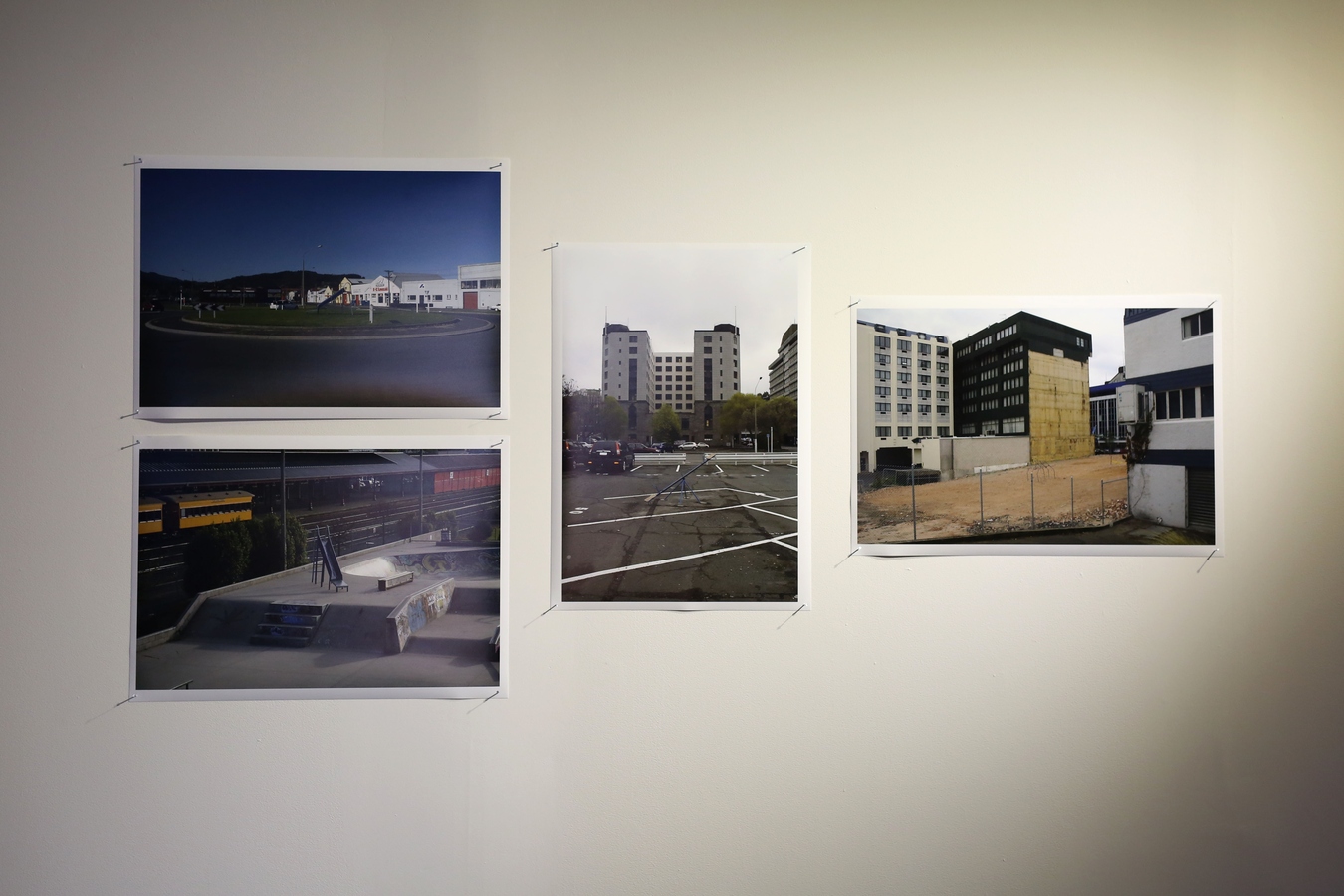 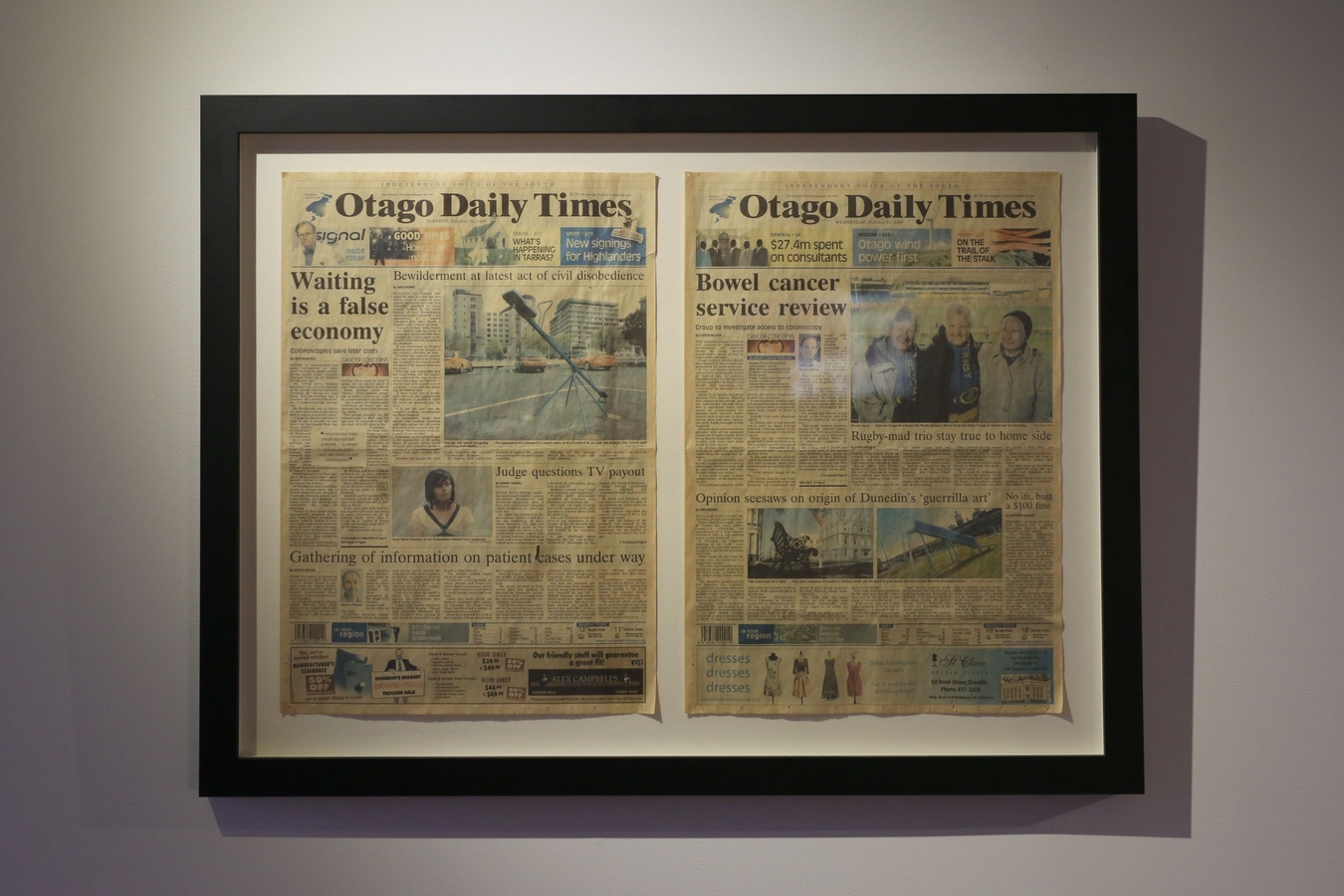 Monuments and other reminders is a mini-retrospective of Portugal-based New Zealand artist Reuben Moss. The exhibition includes works that span over ten years, as well as a new three-channel video installation.

Moss works across a number of disciplines including installation, performance, and digital media. His work is deeply concerned with the urban experience and the systemic economic and political forces that govern how city-dwellers live day-to-day. His work modifying and disrupting computer games and videos speaks back to the top-down power structures that seem to be impenetrable or unchangeable in contemporary society.

These actions of resistance are also present in his earlier ‘live’ works produced when Moss lived in Dunedin between 2005-2010. The title of the exhibition, Monuments and other reminders, has been drawn from a series of sculptural interventions that utilised recycled playground equipment, the documentation of which is shown here for the first time.

There is a dark and dry humour in Moss’ work that hinges on the failure of the modernist idea of a progressive utopia - that the more we plan and work at imposing our will on the world around us the worse things become. By cutting and collaging historical artefacts of popular culture, Moss highlights the redundancy and bittersweet obsolescence of both the content and the medium.

Monuments and other reminders is the first of two exhibitions of Moss’ work at The Physics Room in 2017. The second exhibition will occur in December and consist of new work made in New Zealand. In the lead-up to this exhibition, Moss will travel to Christchurch to occupy The Physics Room’s residency space.