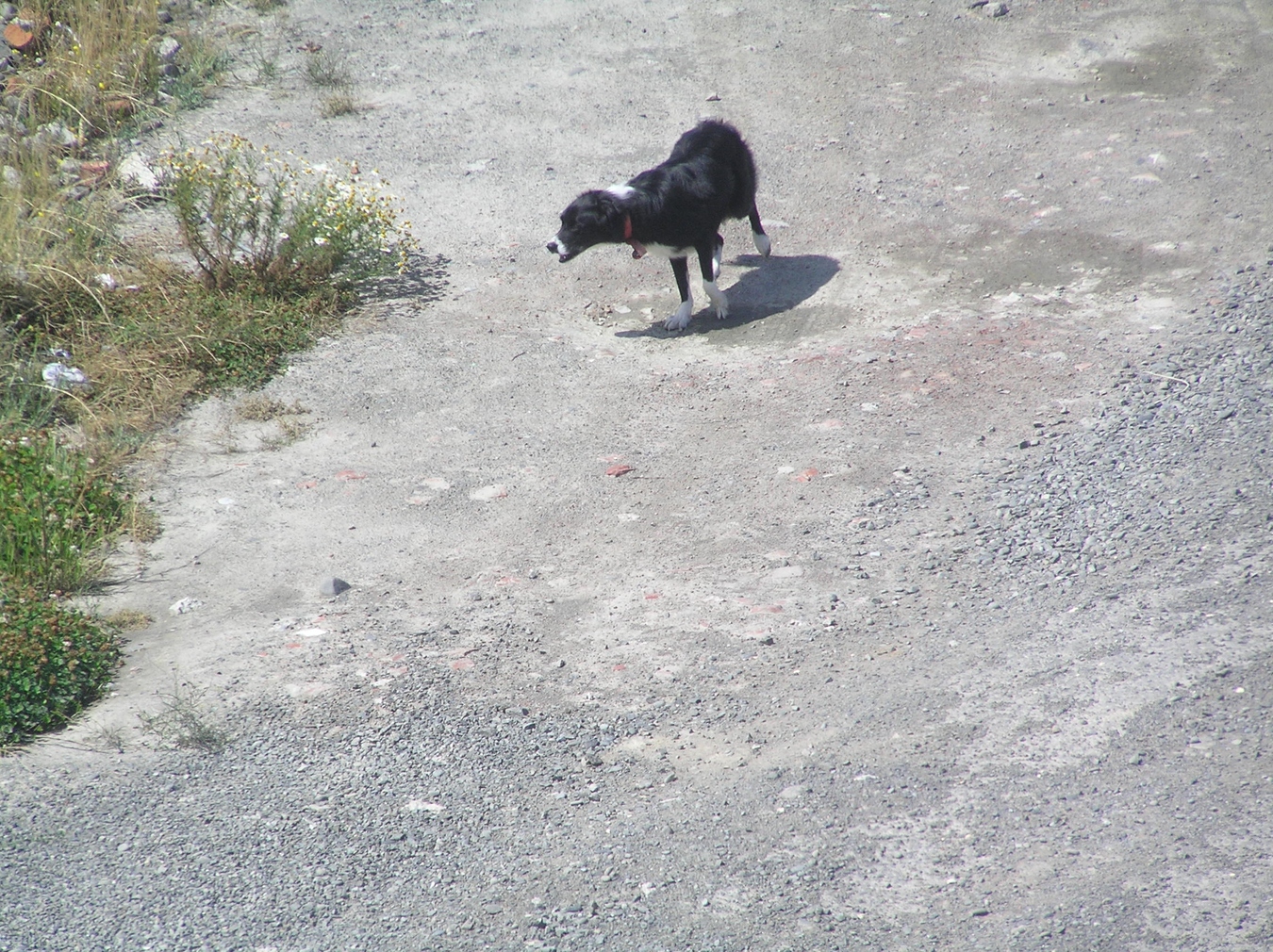 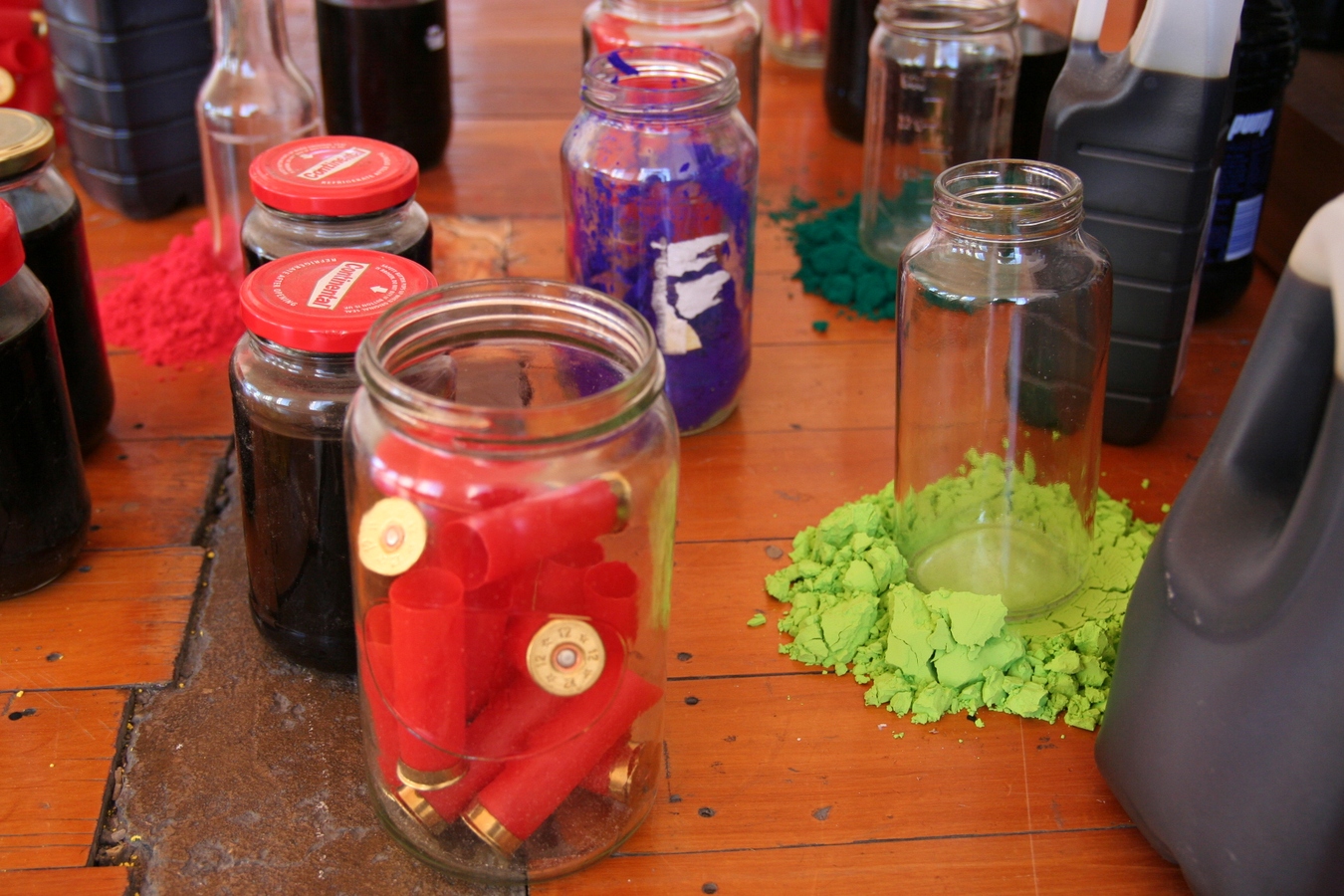 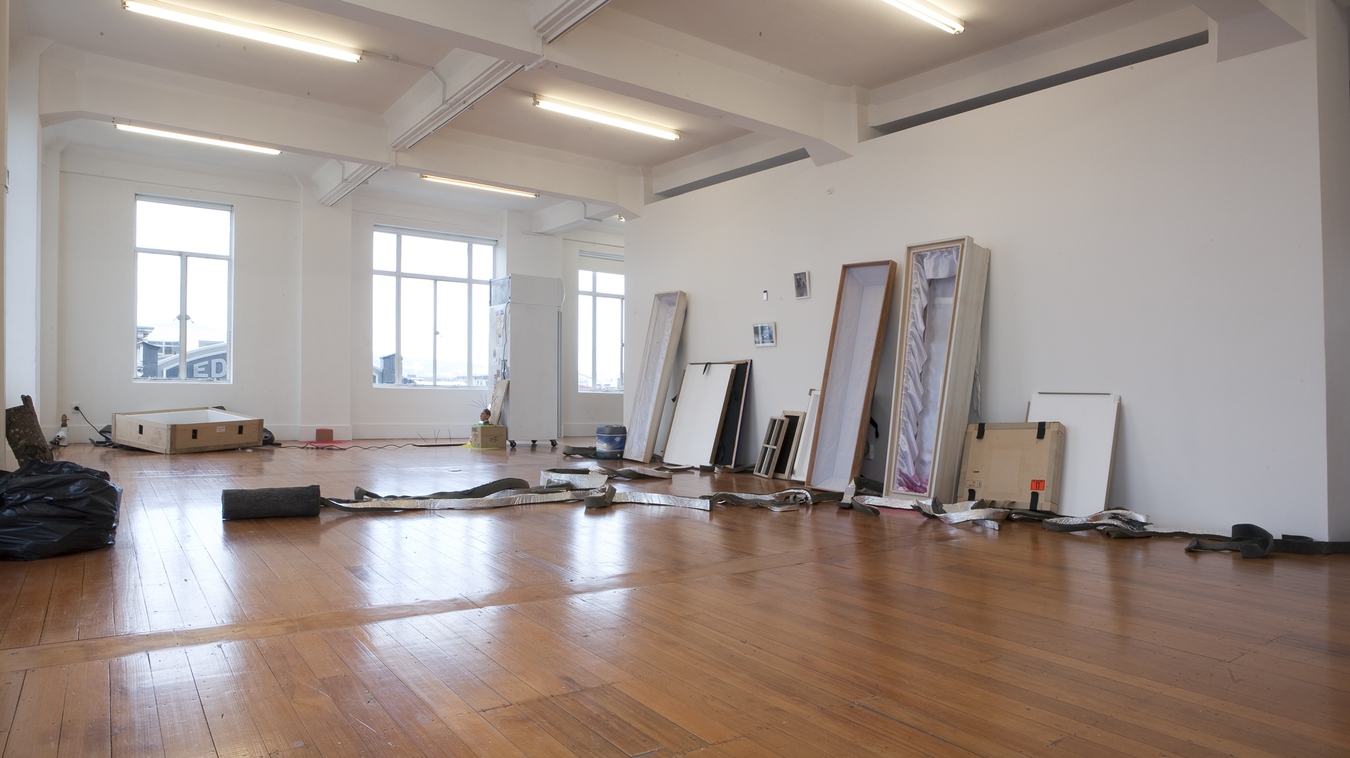 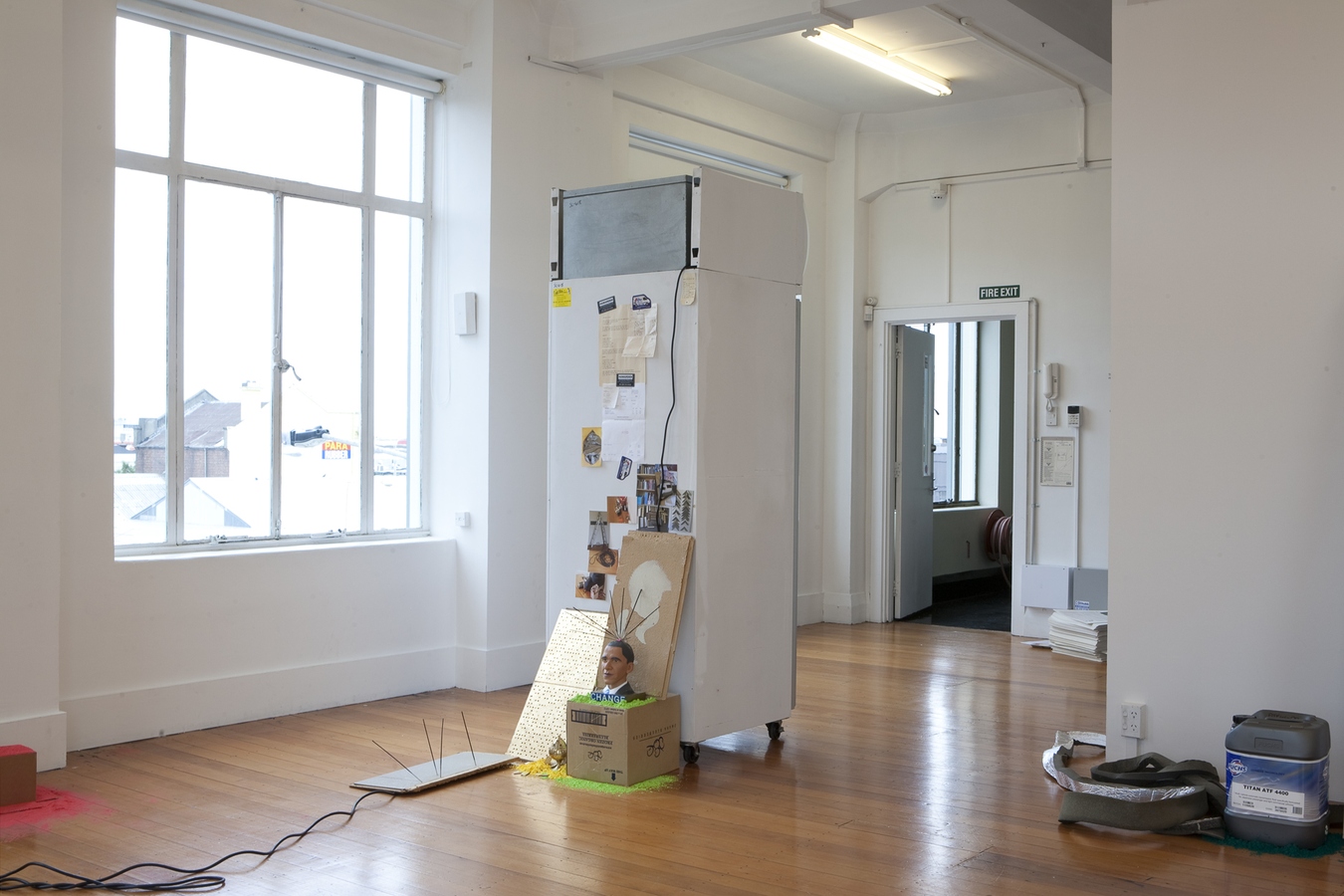 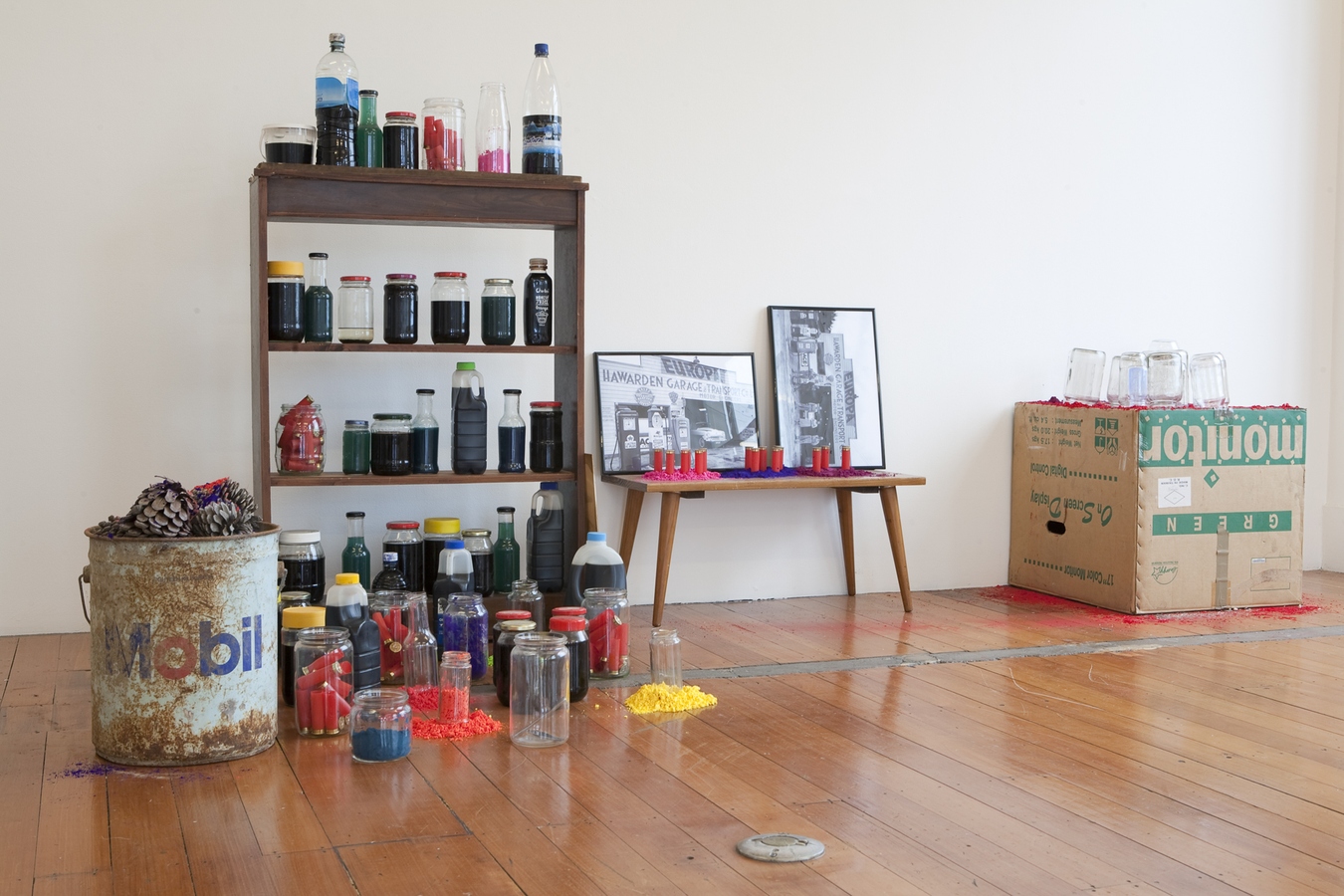 The word Agaz in the title of the show is a Hindi word that can mean today, tomorrow or the day after. It also has a metaphorical meaning: everything at once all the time. Defined as individuals by our actions and affiliations, be they social, political, spiritual or commercially inclined, Sanjay Theodore proposes that even the most ordinary gesture or everyday process of consumption remains an essentially symbolic and therefore sacred act.

In the east it is generally accepted that fate precedes destiny and that elements of worship, fire, water, air and sacrifice are present within even the most basic acts. Consequently, W.T.F.: Agaz presents itself as a significant site, a locus of symbolic materials indicative of specific and meaningful processes of transformation that trace the figure of the artist within the flux of social and commercial contemporary life.

Within Theodore’s exhibition everyday artifacts remain open and keyed into specific sequences of events that tie him, and his experiences to the thoughts, products and deeds of others. Here, the ritualized space of the gallery is dedicated to the production of new ways of perceiving, and a heightened appreciation of the familiar and totemic objects involved. Incorporating a disparate range of found materials and the input of a variety of friends and colleagues, W.T.F.: Agaz embodies a contemplative shift from the isolated figure of individualised, symbolic subjectivity to an appreciation of other more collective reliances and affiliations.

Comprised of an obscure array and complex arrangement of familiar objects and tools, W.T.F.: Agaz equally mines the gulf that continues to exist between the person on the street and their comprehension of what happens and resides within gallery spaces. In this way Theodore seeks to amplify this persistent disconnect in an attempt to better understand it. Building on an earlier exhibition entitled simply W.T.F. that incorporated work by a range of artists and non-artists alike, W.T.F.:Agaz mobilises the patent and commonplace disbelief inferred by the title’s abbreviation in the service of closer contemplation and hopefully transcendence.

Sanjay Theodore was born in Ludhiana, India and currently lives and works in Christchurch. Theodore’s family moved to New Zealand in 1976 and having initially attended the Ilam School of Fine Arts, University of Canterbury in 1986, Theodore was educated at the New York Studio School of Painting, Drawing & Sculpture in 1989 and the School of Fine Arts, West Texas State University in 1988. He returned to NZ in 2005 and exhibits in both New Zealand and the United Kingdom. Works by Theodore are held in a number of national and international collections.