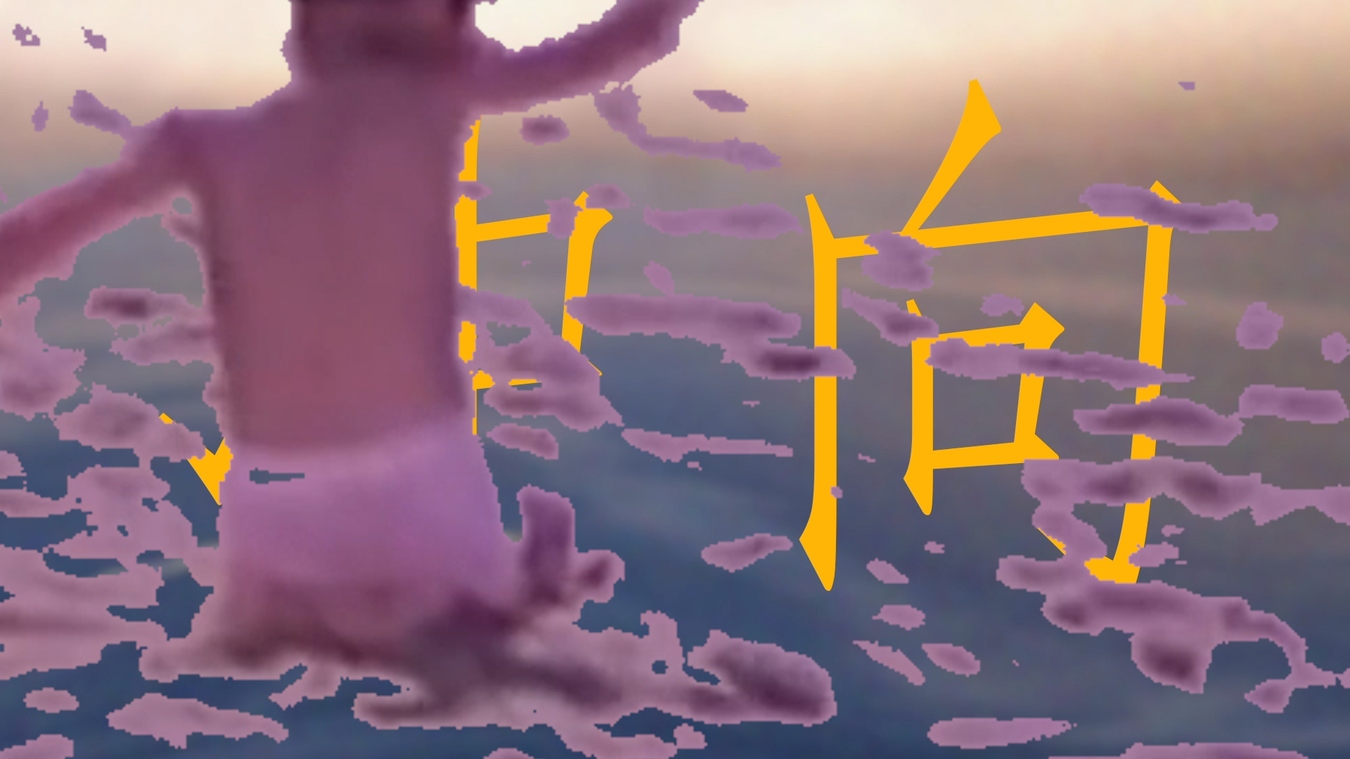 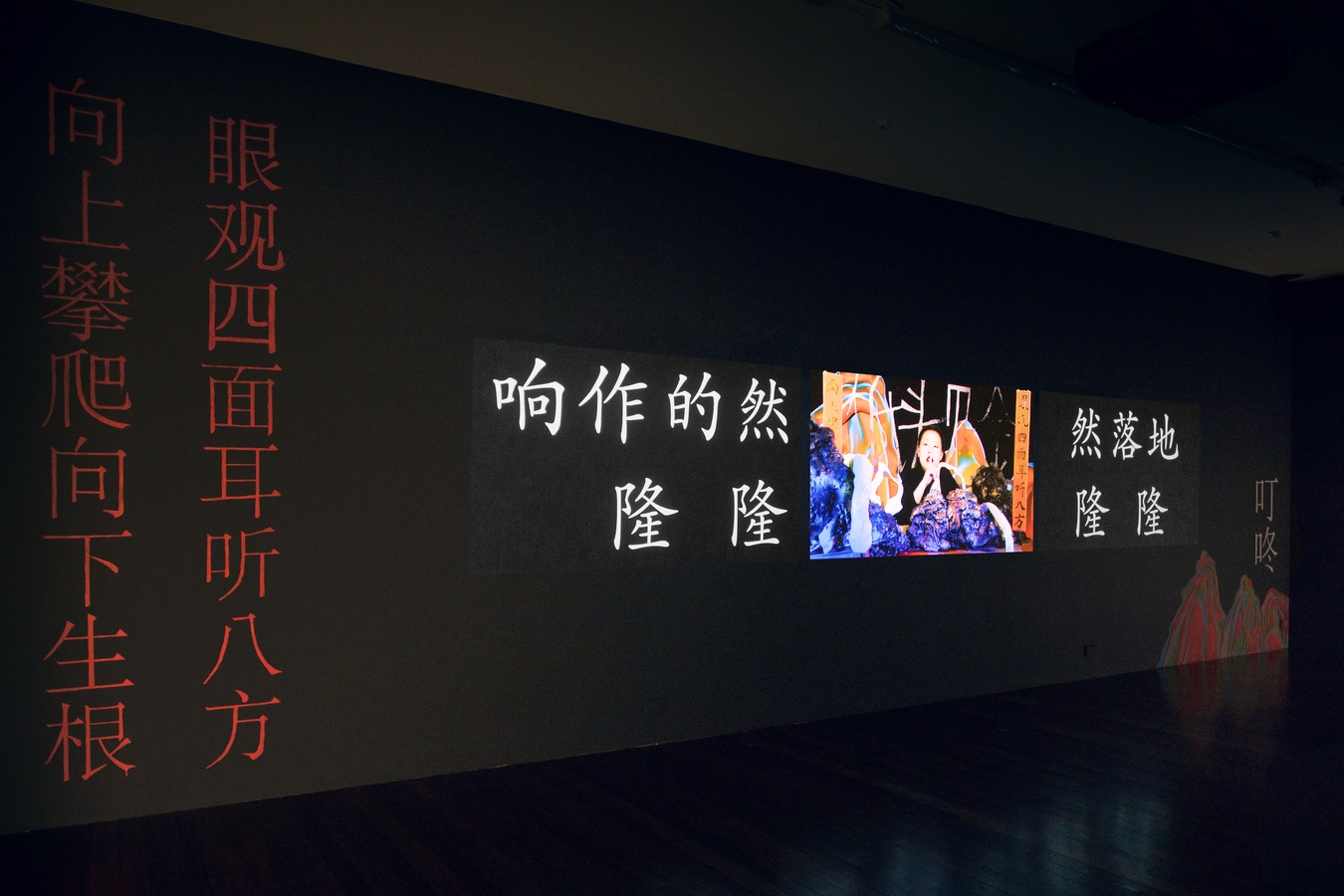 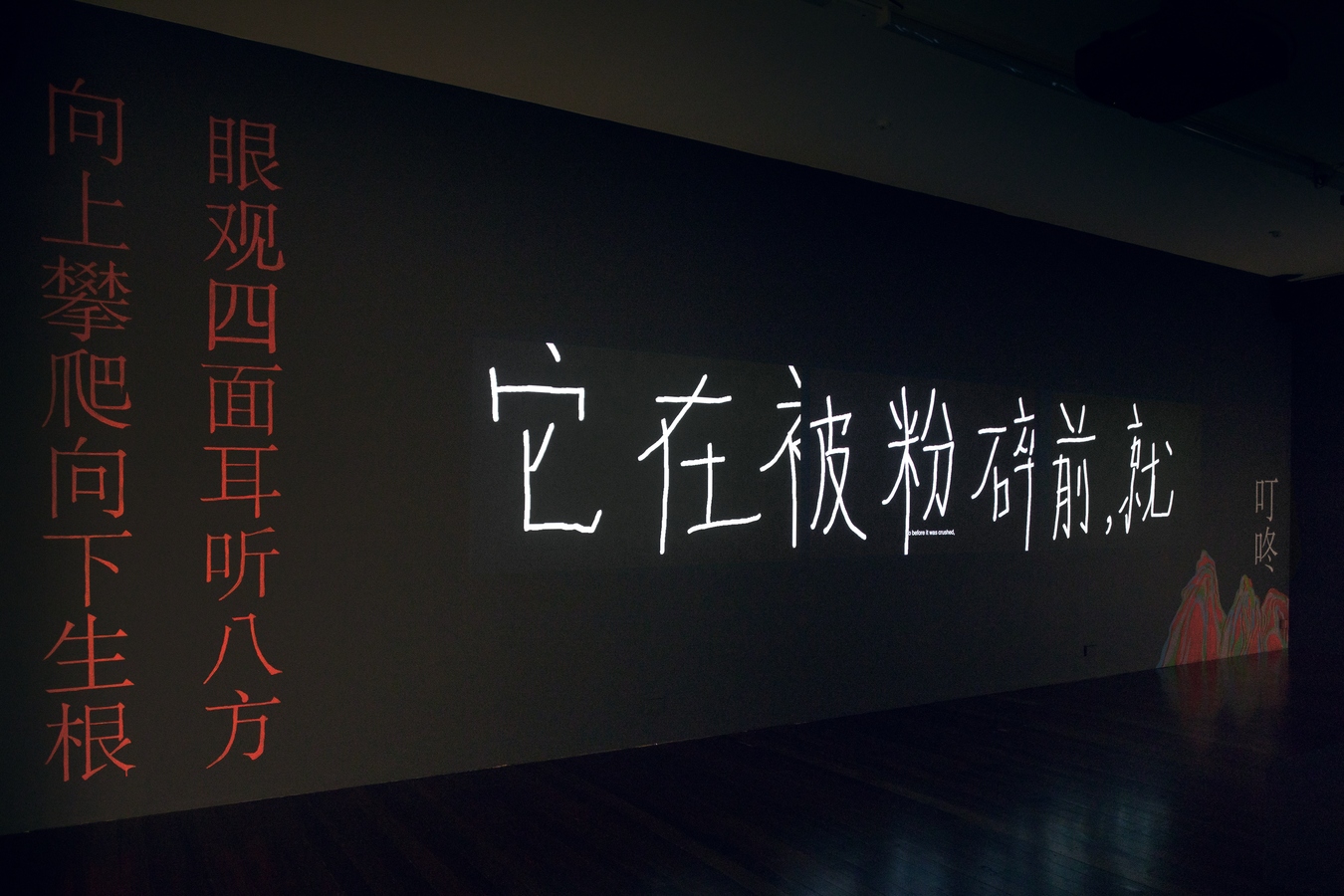 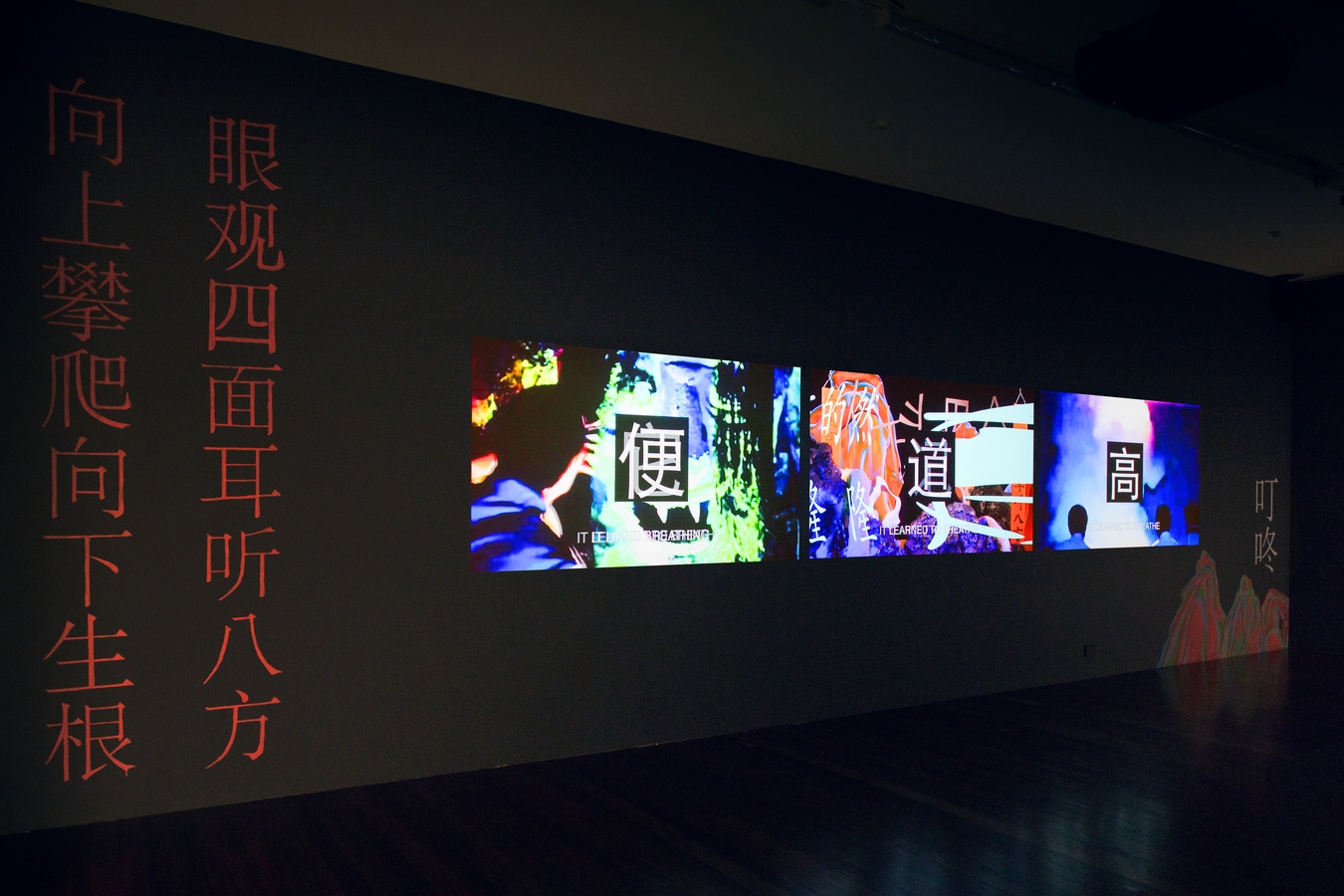 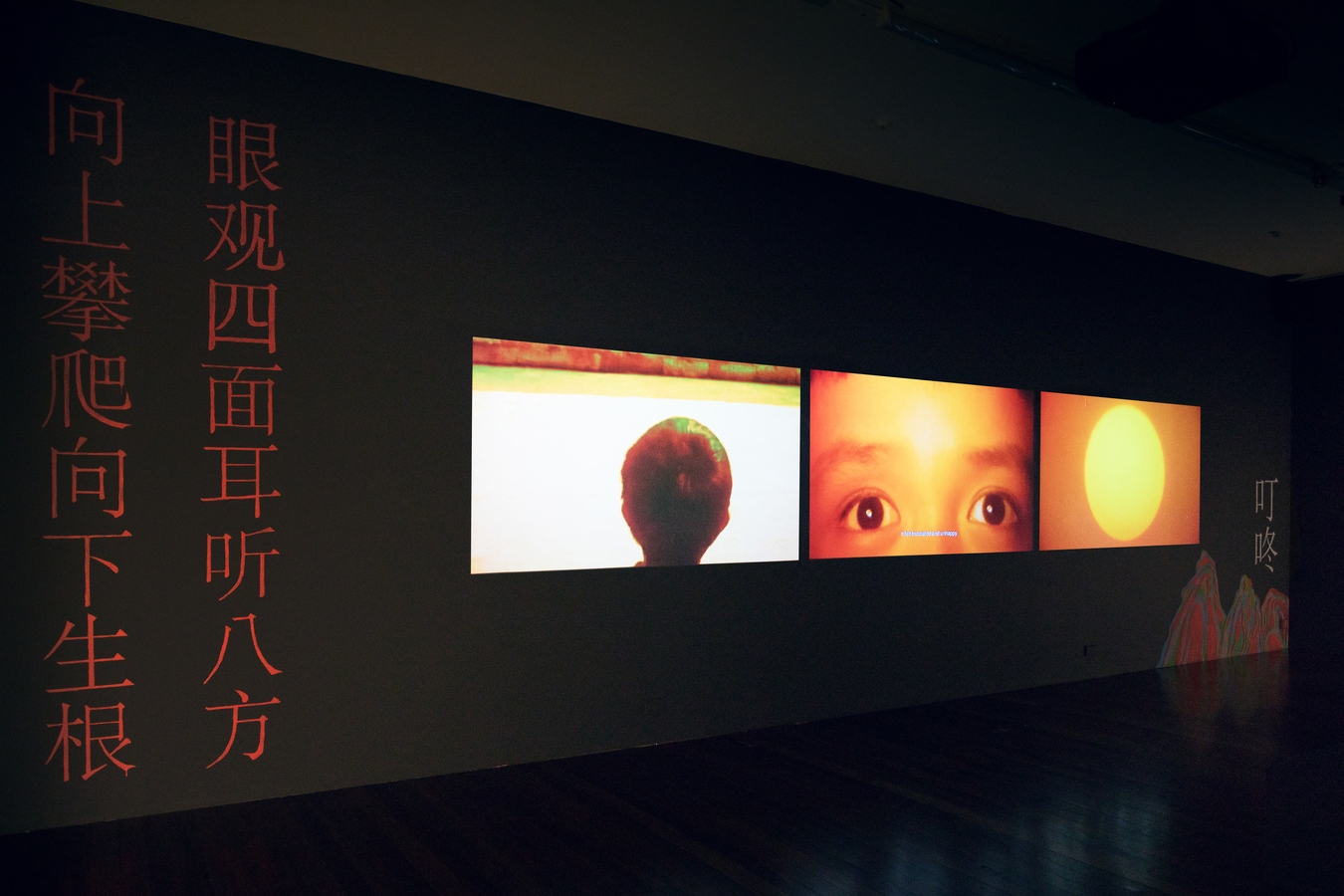 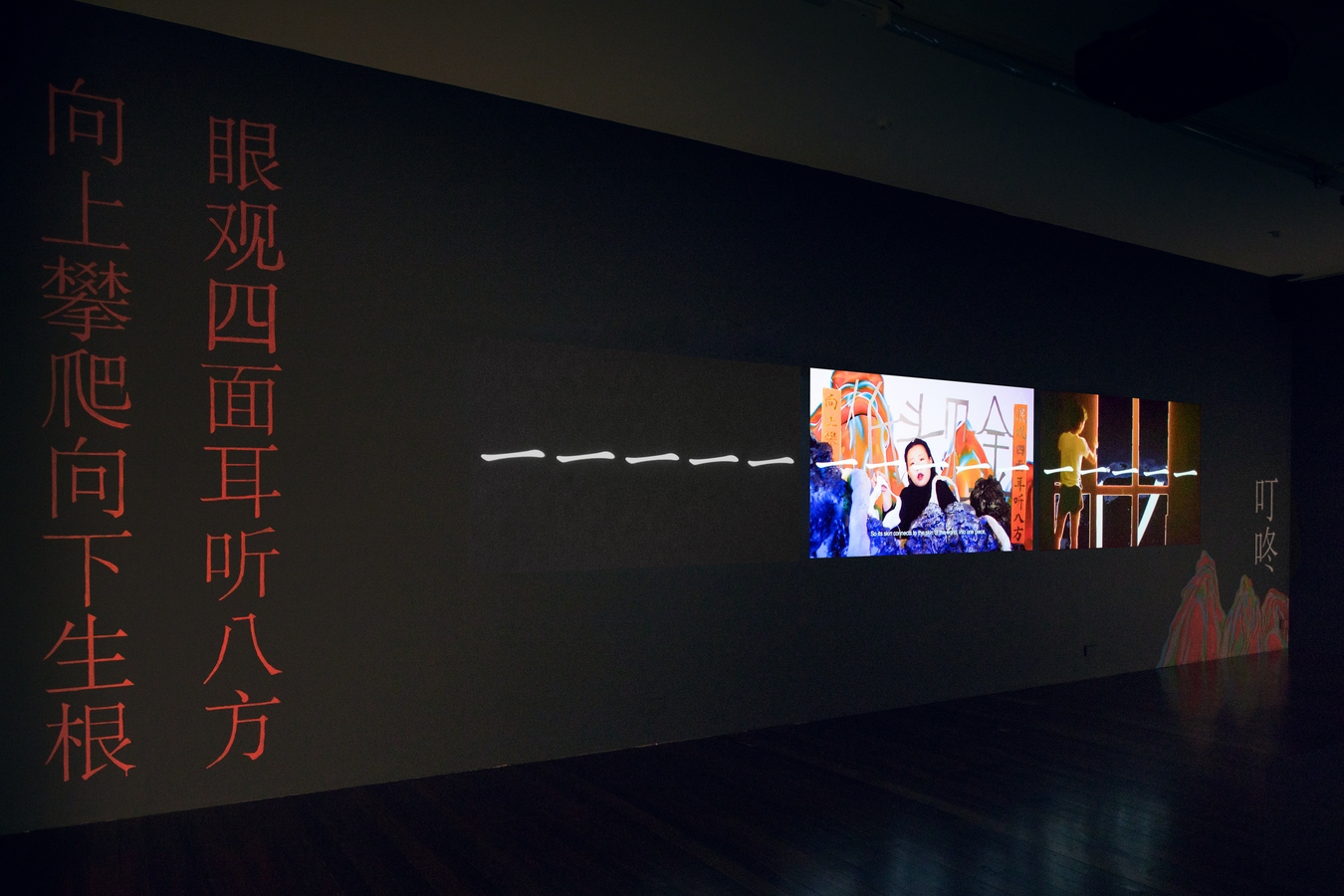 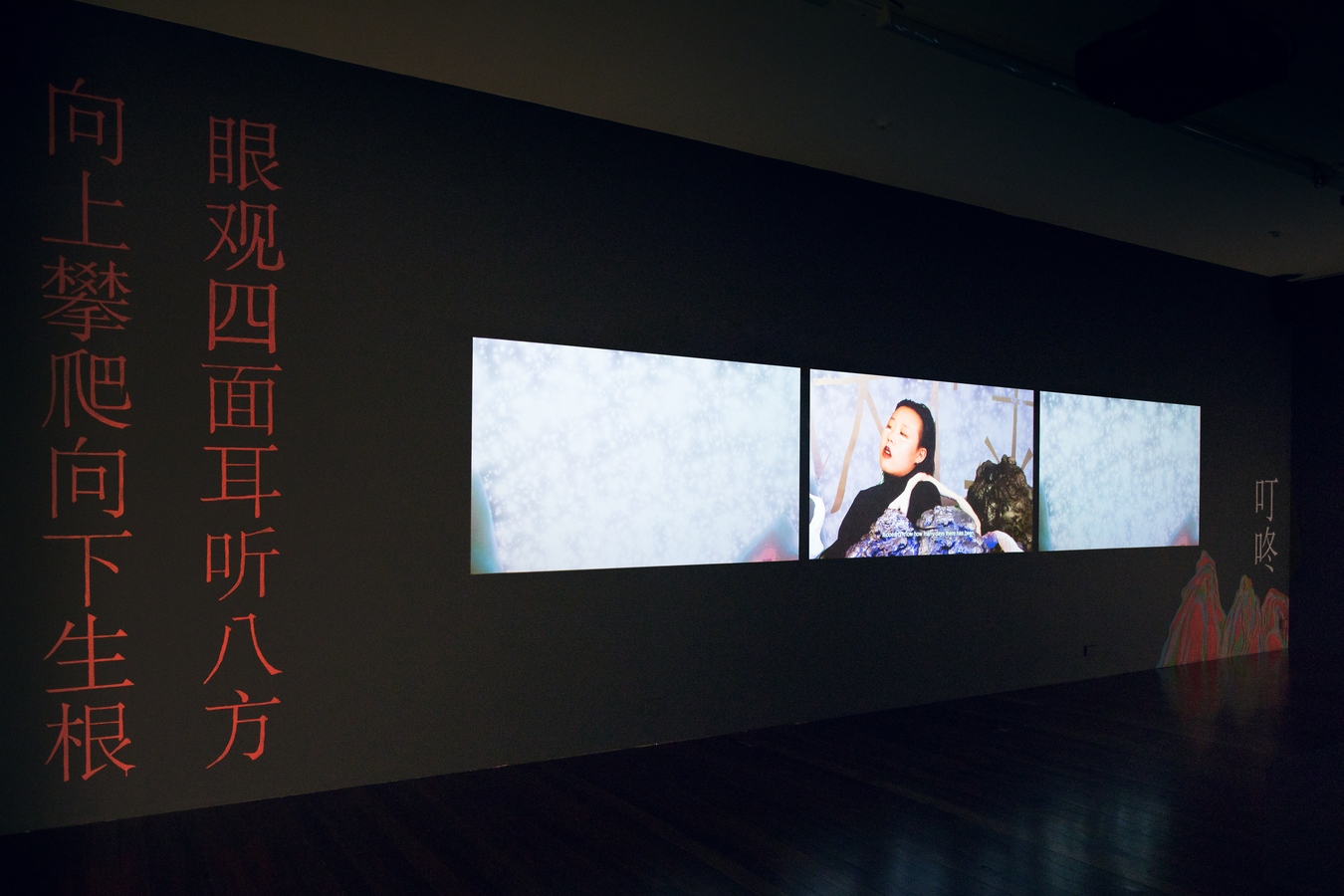 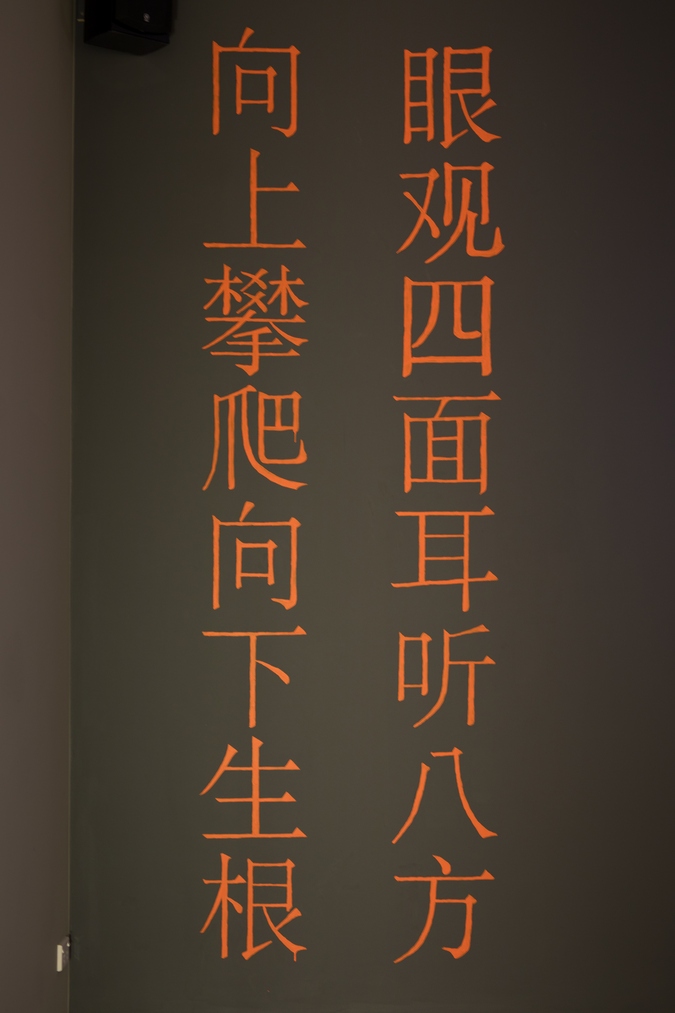 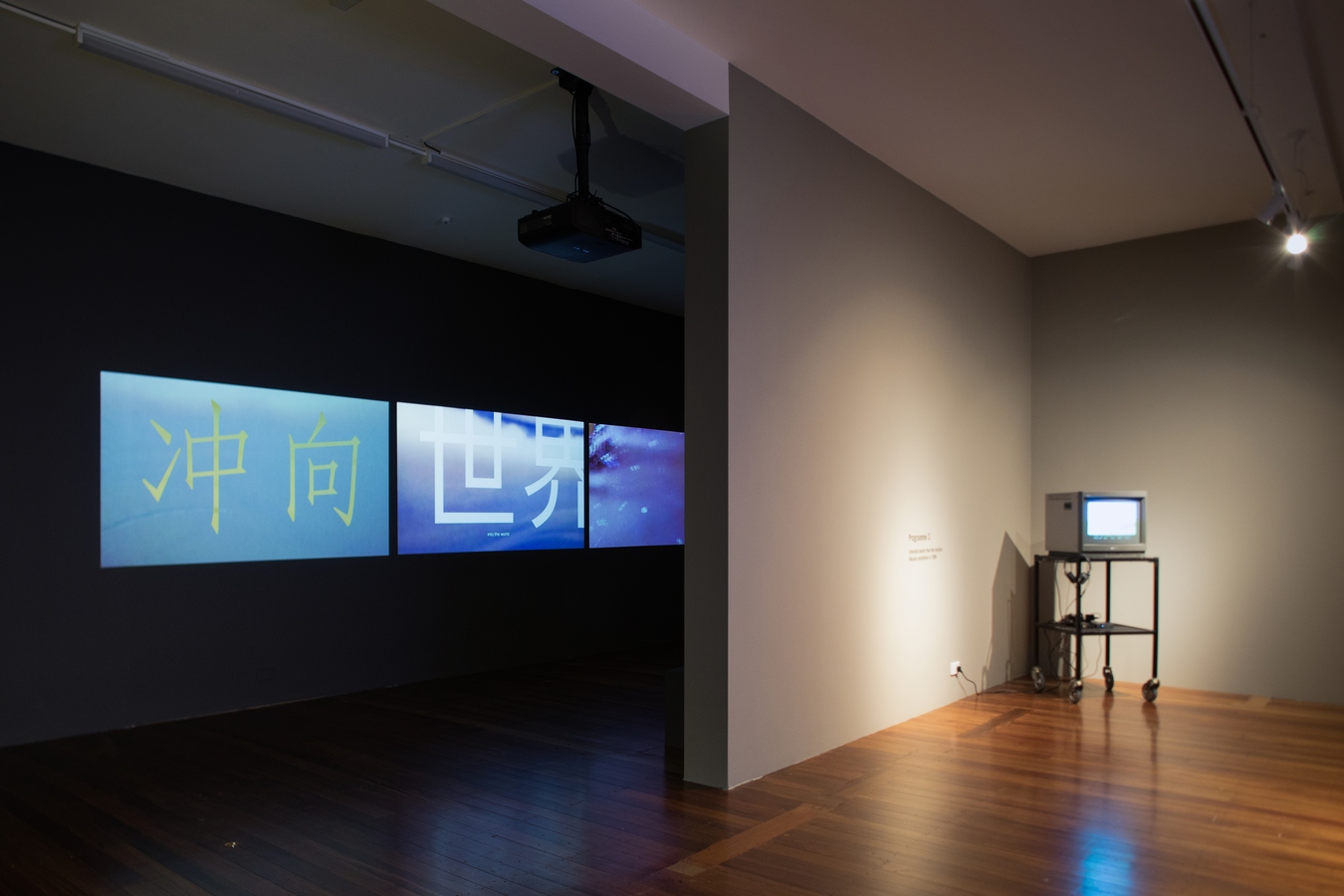 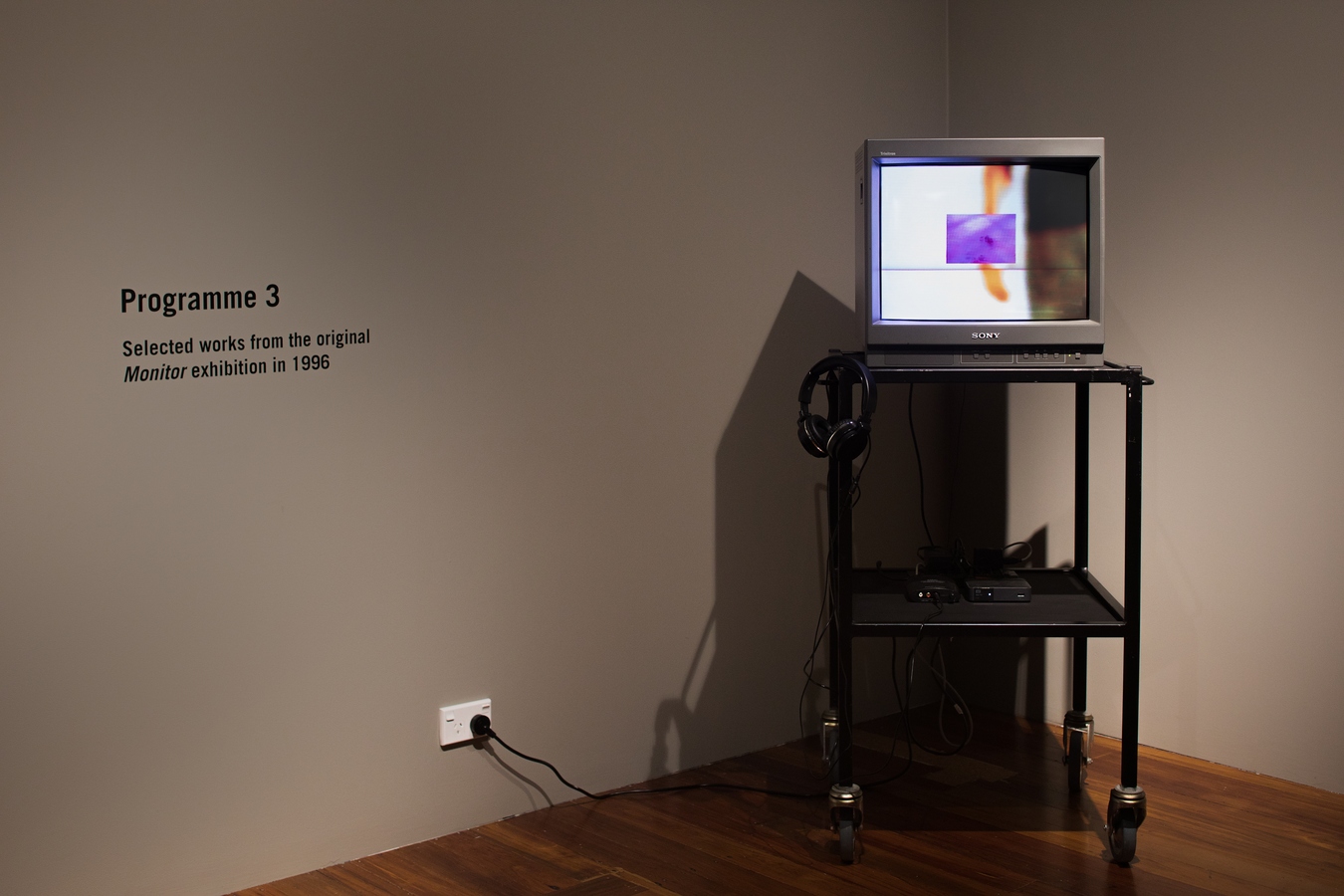 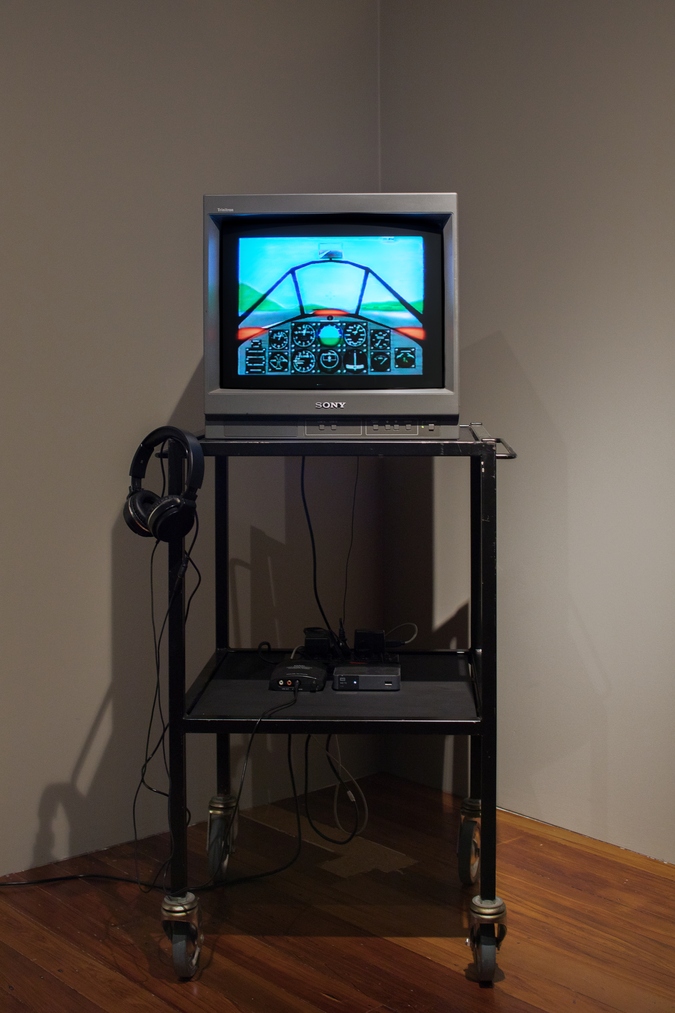 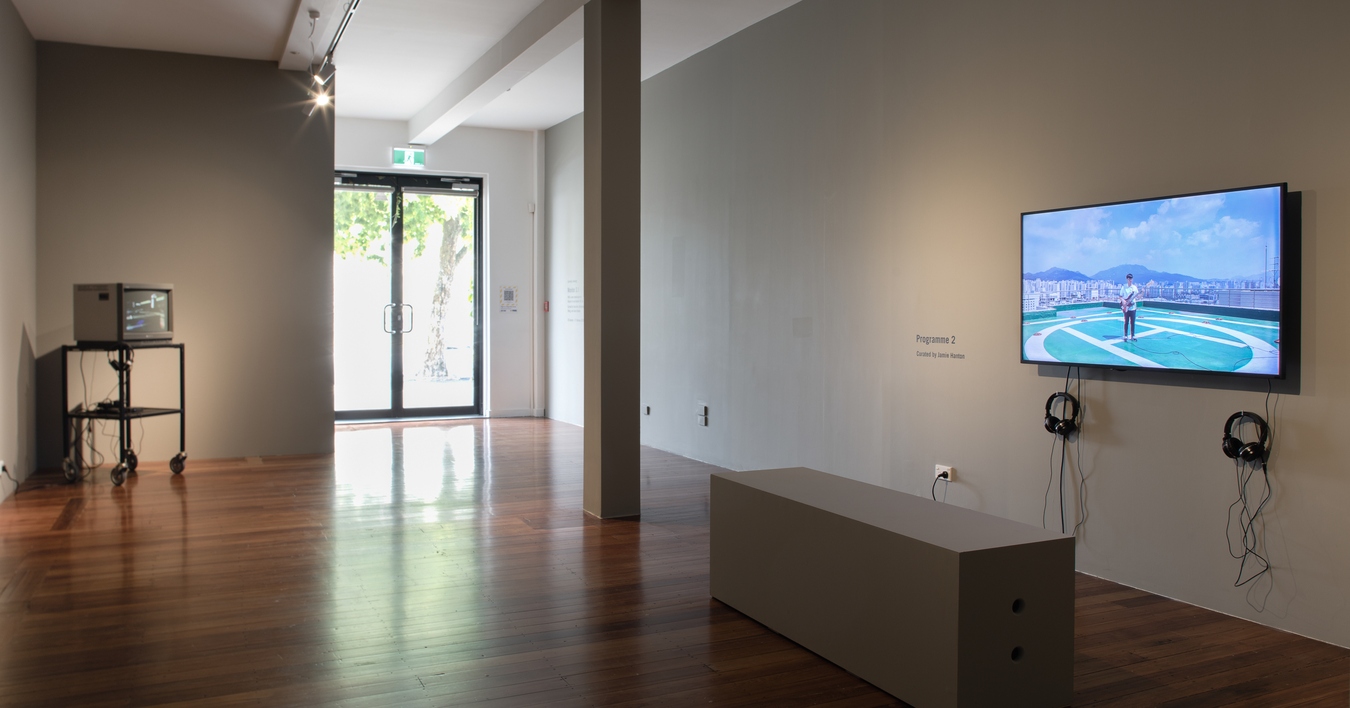 Monitor 3.1 is the second part of a revisit and update to Monitor, an exhibition of moving image work from Aotearoa and abroad curated by Sean Kerr and David Watson in 1996. This new exhibition builds on the original curatorial framework and includes three programmes: a programme of commissioned collaborative work by emerging New Zealand artists, a three-part programme of recent work by national and international moving image practitioners, as well as a selection of work from the original Monitor exhibition.

This second part of the exhibition features the new collaborative commission Thus the Blast Carried It, Into the World 它便随着爆破, 冲向了世界 by Qianye Lin and Qianhe ‘AL’ Lin. Working with writing, sound, filmed, found, and animated footage, the work traces the story of ‘It’, whose journey unfolds (or folds in) as an unresolved series of beginnings. It is an audio-visual experience that seeks to heighten perception, deals with cognition and meaning structures, and explores narrative and language in their multiplicities.

We would like to thank Ilam School of Fine Arts for their generous support of both Monitor 3.0 and Monitor 3.1.

Qianye Lin and Qianhe ‘AL’ Lin are siblings who work as a duo. Based in Tāmaki Makaurau and graduates of Elam School of Fine Arts, they work primarily in audio-visual installation, writing, and performance. They are interested in language and perspective through re-imagining and re-contextualizing the experiences of presence and immersion, as well as storytelling in the embodiment of a fragmented linguistic experience. Their recent exhibitions include What a Thrill, WHAT A SUCCESS!! (2020), a one night only exhibition at Papatūnga Gallery curated by James Tapsell-Kururangi.

Bona Park is a Korean artist based in Seoul. Many of her works and projects question social systems, including art, economy, and history by uncovering the various structures and labours therein. By juxtaposing art with social conditions, her practice creates awkward situations that confuse and upend the boundary between art and daily life. She was awarded the Songeun Art Prize in 2015 and Sindoh Artist Support Program in 2013. Her recent exhibitions include the 9th Asian Pacific Triennial, Brisbane, Australia (2018); the 11th Gwangju Biennial, Korea (2016); the 5th Anyang Public Art Project _APAP5, Korea (2016); and the 2012 New Museum Triennial, New York, USA (2012). She published her art essay book titled <When Attitudes Become Artwork> in 2019. She is also a member of the performance band Michelangelo Pistoletto that toured New Zealand in 2012.

Based in Seoul, Heecheon Kim explores digital technology and documentary films that are primarily used in game techniques. Working with video and installation, he continuously throws questions to the world about the reality that has become blurred by a mixture of fact and fiction, crossing the boundary between online and offline, and further depicting the impact of the Internet on human life.

Vajiko Chachkhiani’s work operates somewhere between the outside world and the human psyche, bringing the shadowy aspects of our Conditio humana to awareness through subtle and intriguing visual poetry. Frequently based on performances or transformative actions, many of his sculptures share an affinity to minimalism while at the same time being charged with narrative meaning.

Campbell Patterson was born in Portsmouth, England in 1983, and lives and works in Dunedin. He holds a Bachelor of Fine Arts from Elam School of Fine Arts, University of Auckland. Patterson’s practice is driven by everyday experiences in the suburban environment and he uses a variety of mediums flexibly and interchangeably. He has an interest in observation and marking units and passage of time. His short videos and sculptural objects have been described as walking a fine line between stoic pragmatism and repetitive absurdity, and his paintings have been referred to as stemming from his conscious immersion in the mundane.

Hany Armanious was born in Eygpt in 1962 and grew up in Australia, where he currently lives. Much of Armanious’ recent practice can be traced to his fascination with the processes and problems of making sculpture—casting in particular. Armanious is known for his use of resin casts, producing painstakingly accurate facsimiles of the detritus of the everyday. These works have a way of re-centring the mundane, pulling the peripheral qualities of daily existence into the foreground of our experience and forcing a fresh examination of the qualities of their production.His latest bodies of work play out these processes in a fantastical cycle of self-referentiality forged from an acute awareness of the analogous morphologies of form, material, and cultural resource. He has exhibited widely throughout Australisia, Europe, and United States over the past two decades. In 2011 Armanious represented Australia in the 54th Venice Biennale with his exhibition The Golden Thread in the Australian Pavilion. In 2001 his work was shownas part of a solo exhibition at the UCLA Hammer Museum in Los Angeles and later at the Ian Potter Museum in Melbourne. Armanious was awarded the prestigious Moet and Chandon Australian Art Foundation Fellowship in 1998. His work is held in most major Australian public and private collections as well as many overseas.

Monitor 3.1 Roomsheet (Jamie's screening programme) (pdf) A response to Thus the Blast Carried It, Into the World 它便随着爆破, 冲向了世界 by James Tapsell-Kururangi (pdf)