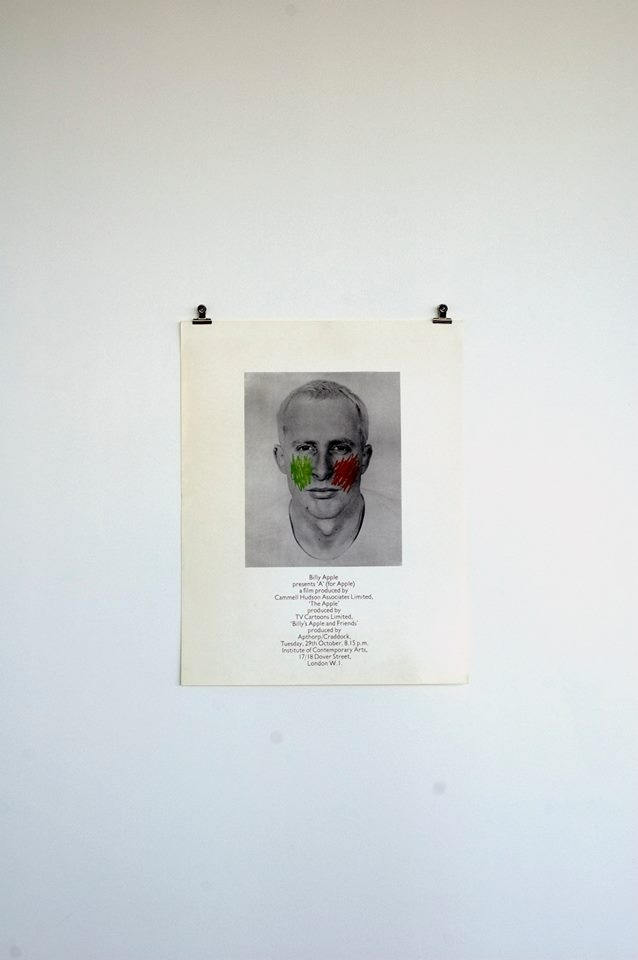 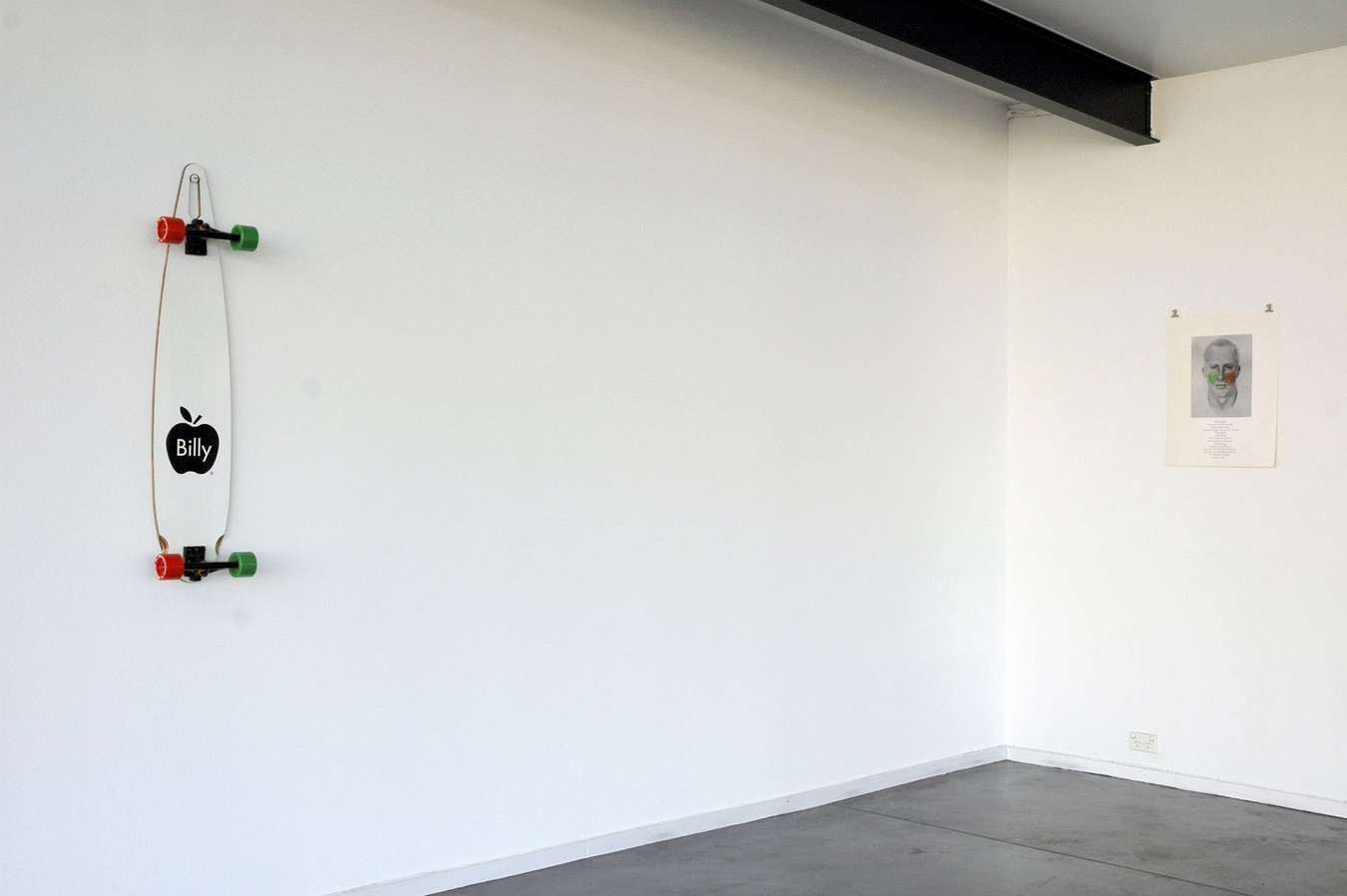 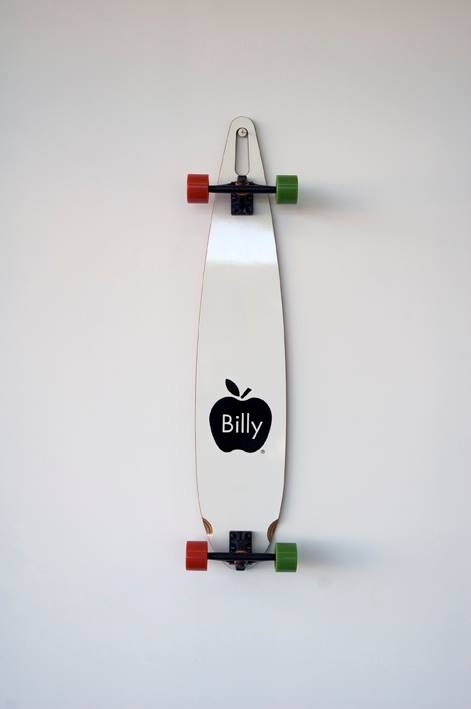 In 1962, the artist Barrie Bates became the brand Billy Apple®

The establishment of this brand was a process of transformation: a persona objectified and a brand humanised. Billy Apple as an artist and artwork became conceptually interchangeable—liberated from the expectation that the artist simply creates the artwork, and the process is therefore complete. From this beginning fifty years ago, Apple has continued to challenge existing traditions of art making through many cleverly crafted gestures that have contributed to a change in the way artists and artworks are perceived today.

In the 1960s and 1970s, Apple began to use his body as a tool for creating artwork: cleaning a window, sweeping a floor, and blowing his nose were documented actions that reversed expectations that an artwork is a representation of an artist and functioned as a means for the artist to become a tool for the accessing the artwork. Apple extended this concept into the context of social practice through the creation of Apple, one of New York’s first non-profit, alternative artist-run exhibition spaces that ran from 1969-1972 at 161 West 23rd Street in New York. This innovative concept, combined with Apple’s earlier participation in such legendary exhibitions as American Supermarket (1964) contributed to the establishment of Apple as a key figure in the development of conceptual art through the second half of the twentieth century.

In the 1980s and 1990s, Apple’s practice entered the institutional sphere. Through a series of alterations, Apple redesigned established gallery spaces, challenging the notion that a gallery is a site for the facilitation of a wider institutional art system. Apple was also drawn to graphic elements of institutional spaces, as seen in his series of ‘art transactions’ that articulated the ever-evolving relationship between art and money. Through the aestheticisation of contracts and agreements between himself and others over the exchange of his artwork, Apple exposed institutional frameworks that typify art as a commodity. Extending on this institutional critique, Apple began to work with gold. Considering the gold standard as not only a prized product of society’s inner manifestation of value but also as a measure of economic wealth, in 1983 Apple created what was at the time the most expensive artwork ever made: a golden apple that literally symbolised the artist as a product of a wider cultural economy.

From 2000 to present, the Billy Apple brand has immortalised: becoming a registered trademark, working with apple growers to cultivate a Billy Apple branded apple, and with scientists to preserve his cells for future research. Though these selected projects are only a small part of Apple’s complex and innovative career, they have contributed to the evolution of the Billy AppleÒ brand as a perpetual entity that resonates beyond the field of contemporary art, which has resulted in the generation of Port / Starboard.

Port / Starboard presents the depth of the Billy AppleÒ brand within a series of neo-conceptual objects that capitalise on the balance of an identity. These objects complement process and product, as well as expression and action to present the infinitely refined and cleverly balanced tension that every Billy AppleÒ product and project has personified over the last fifty years.