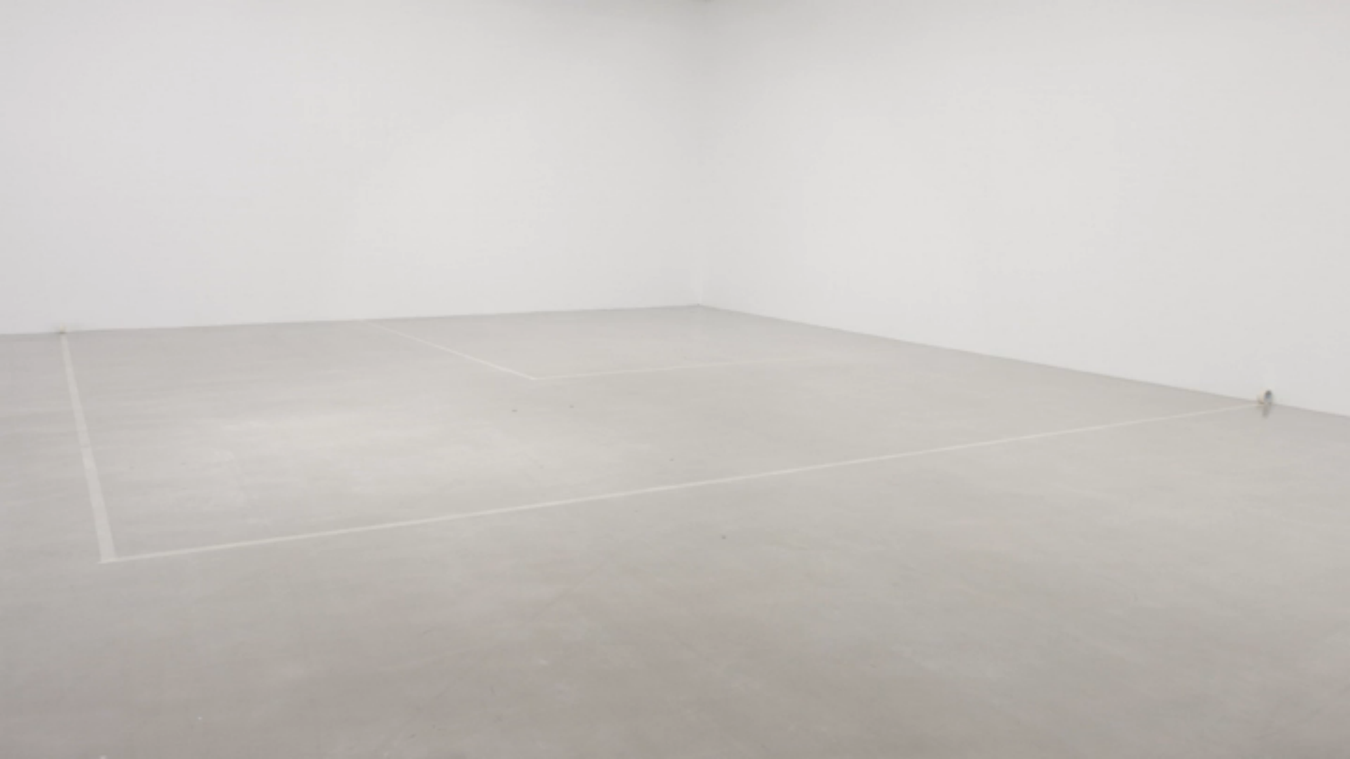 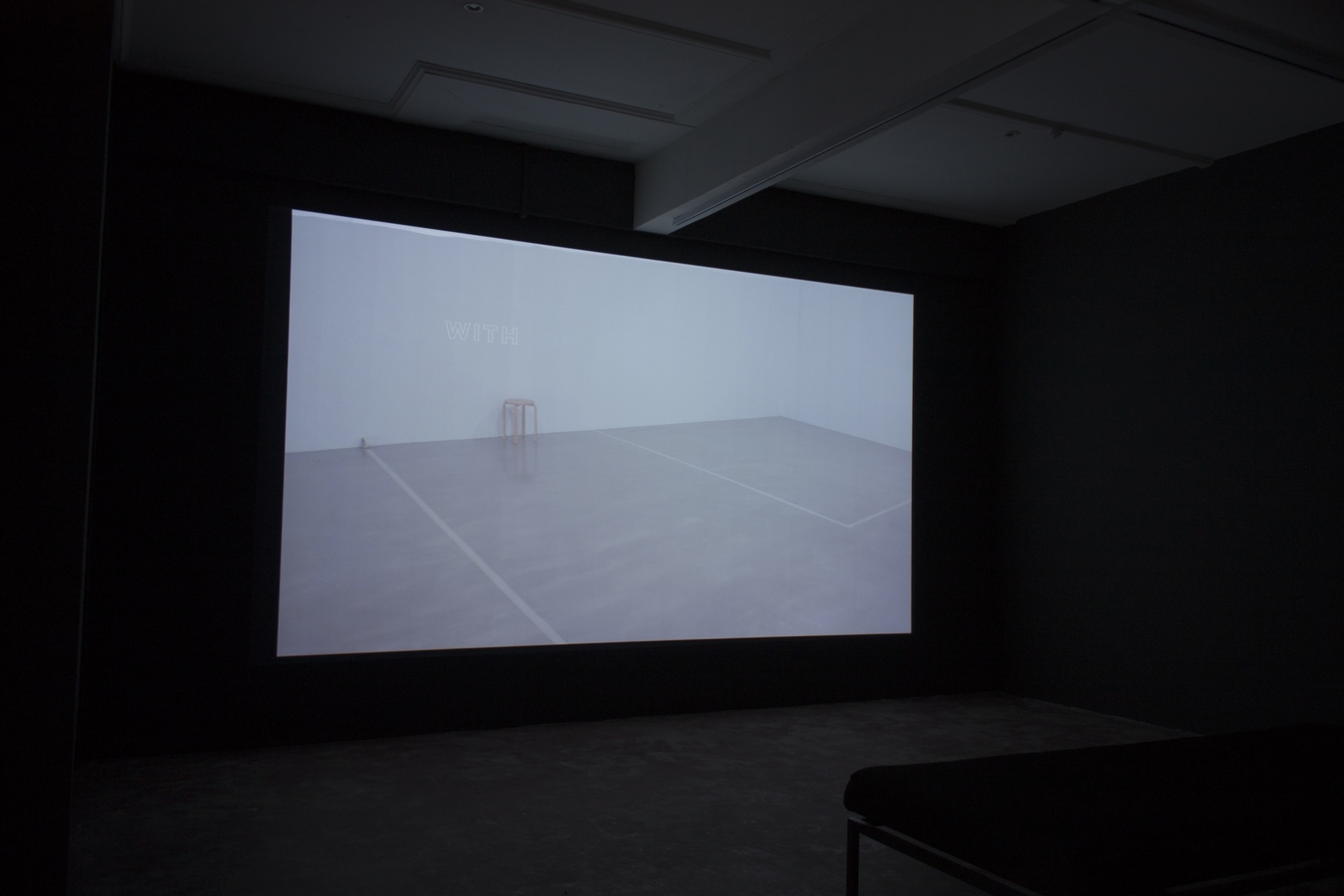 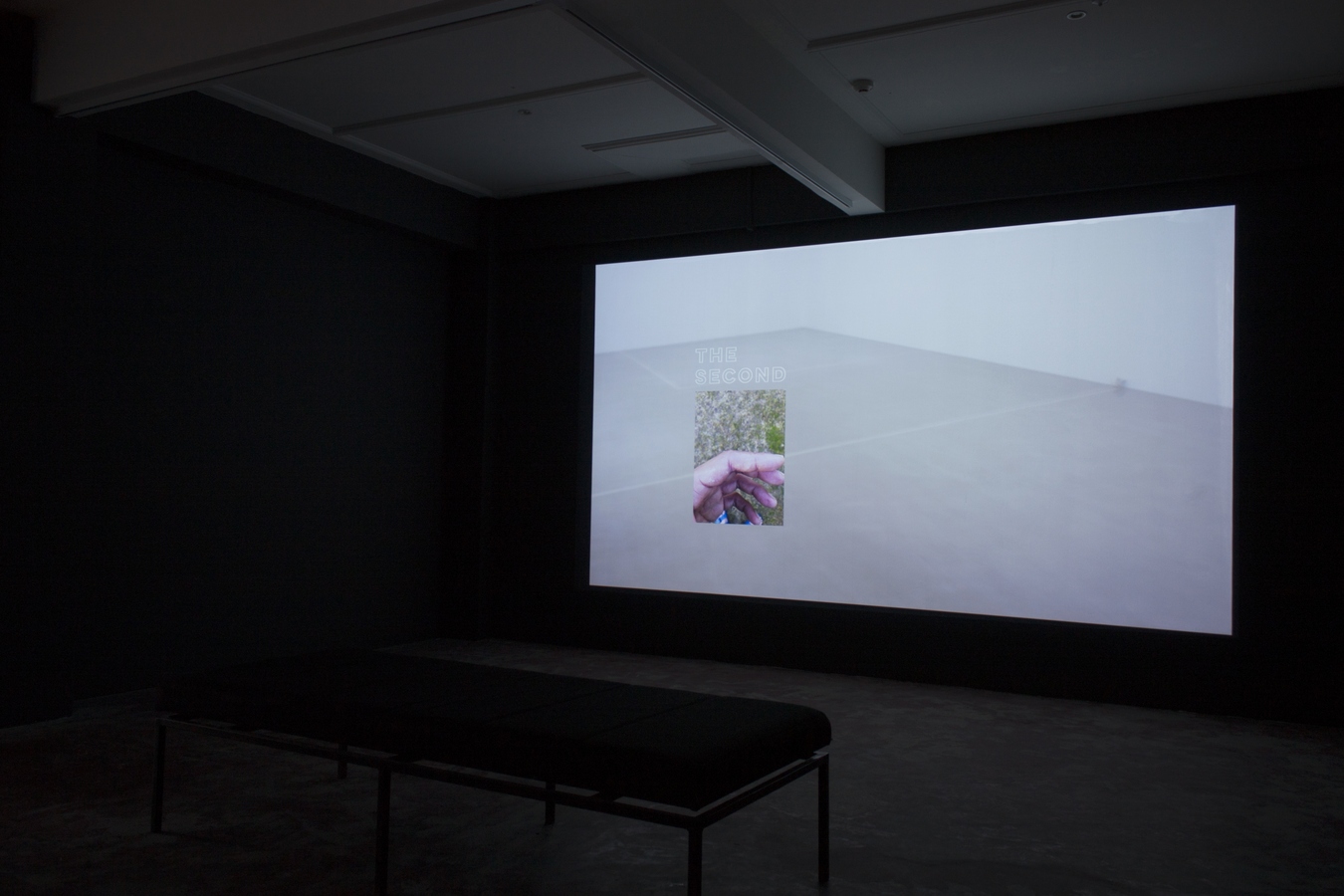 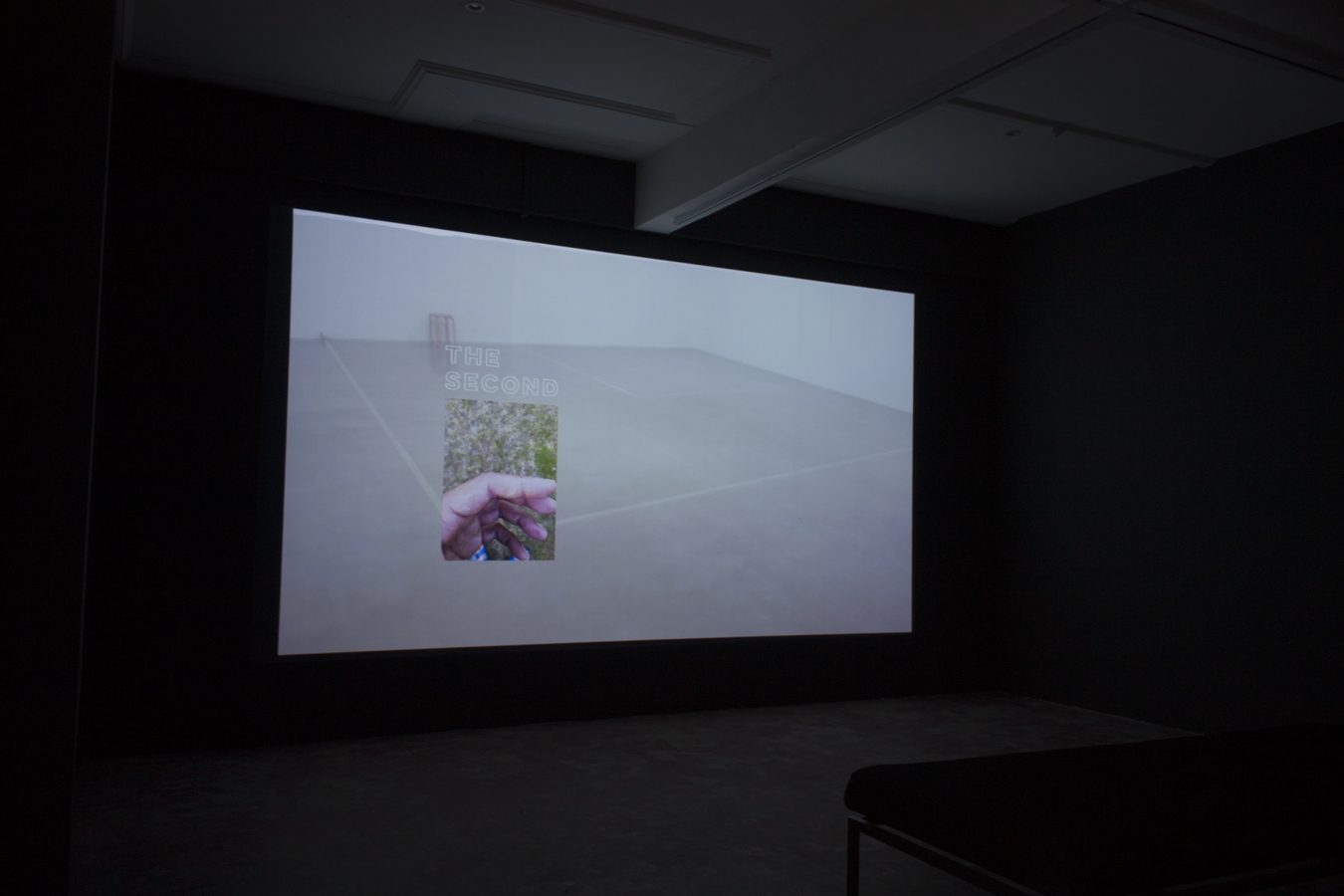 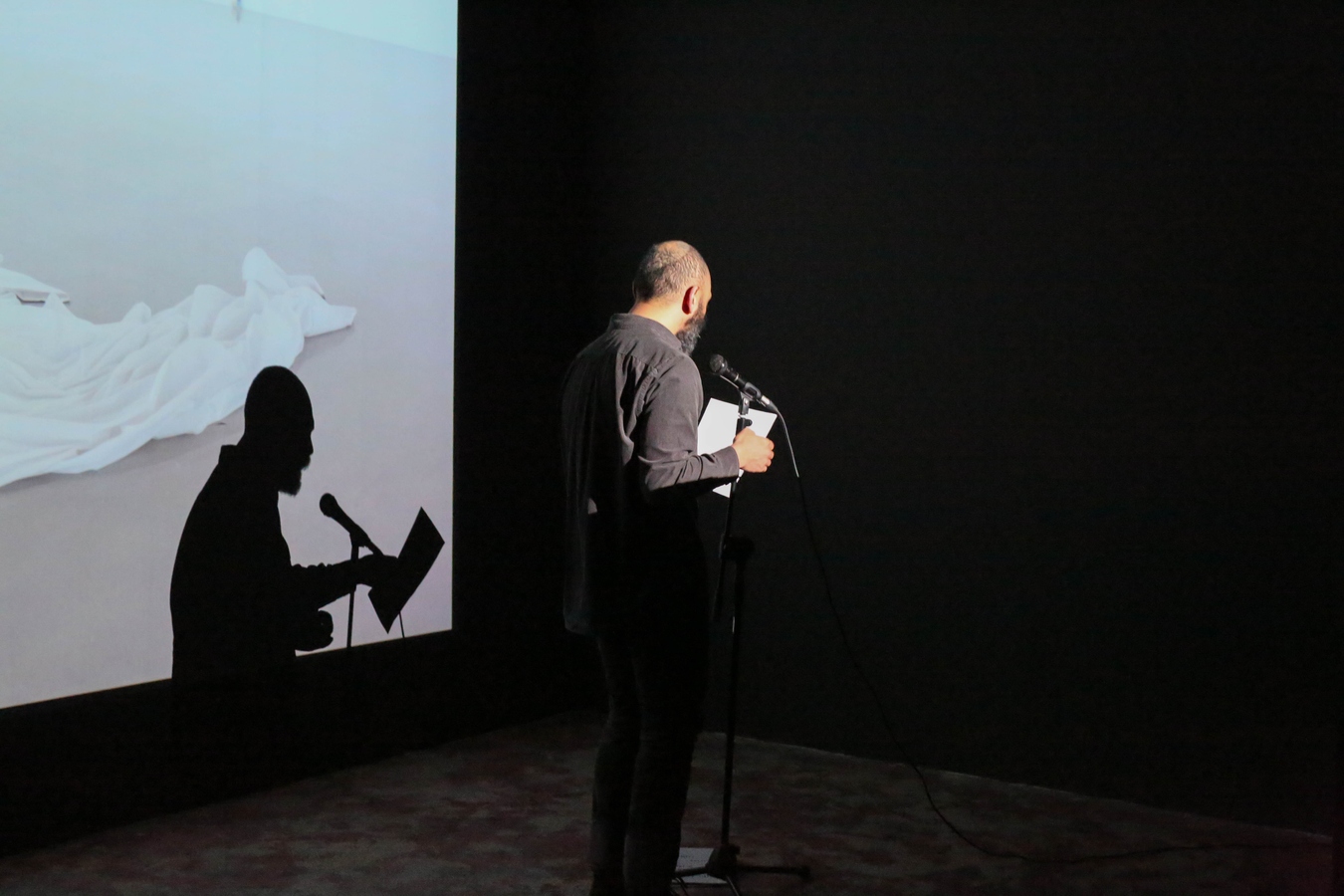 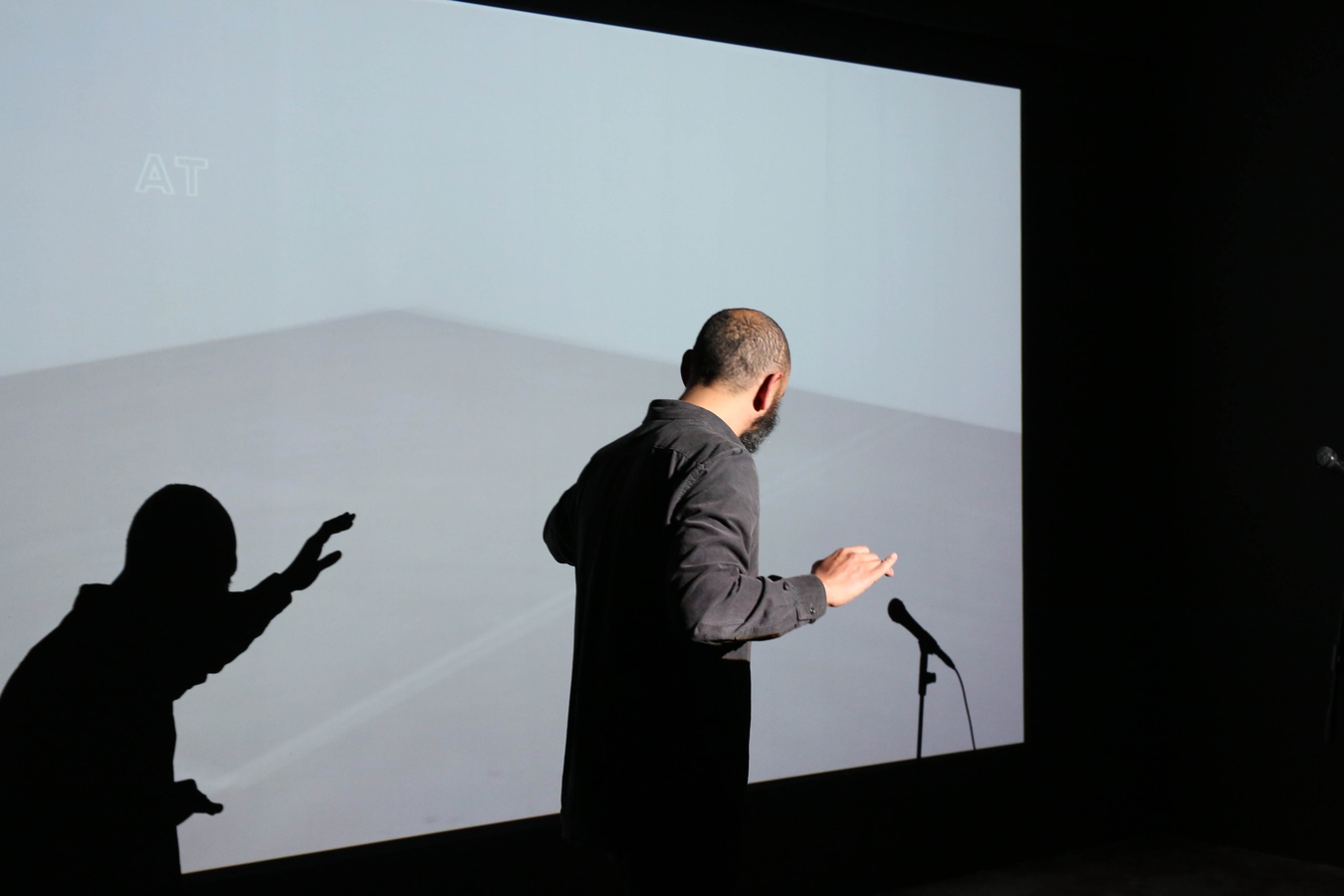 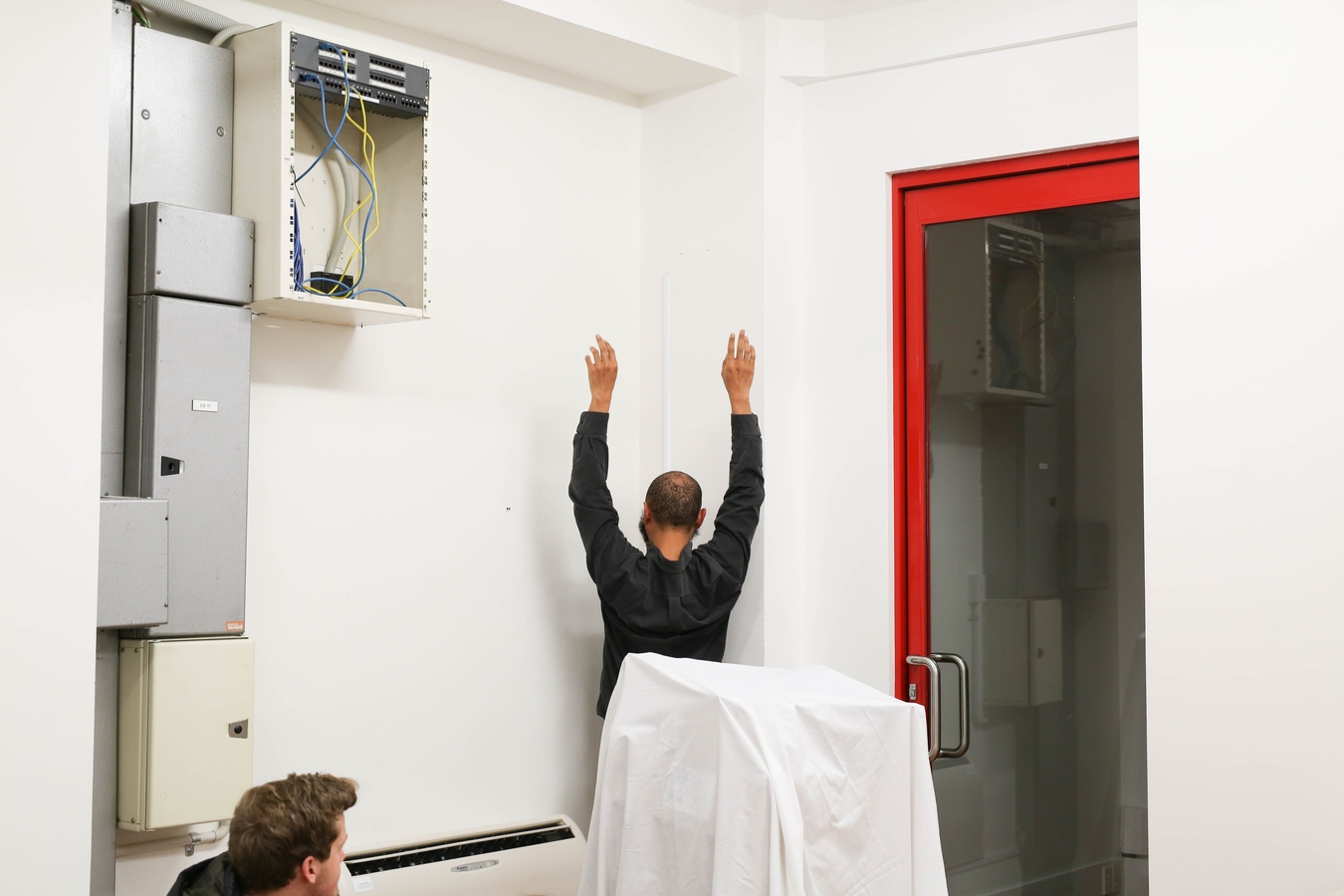 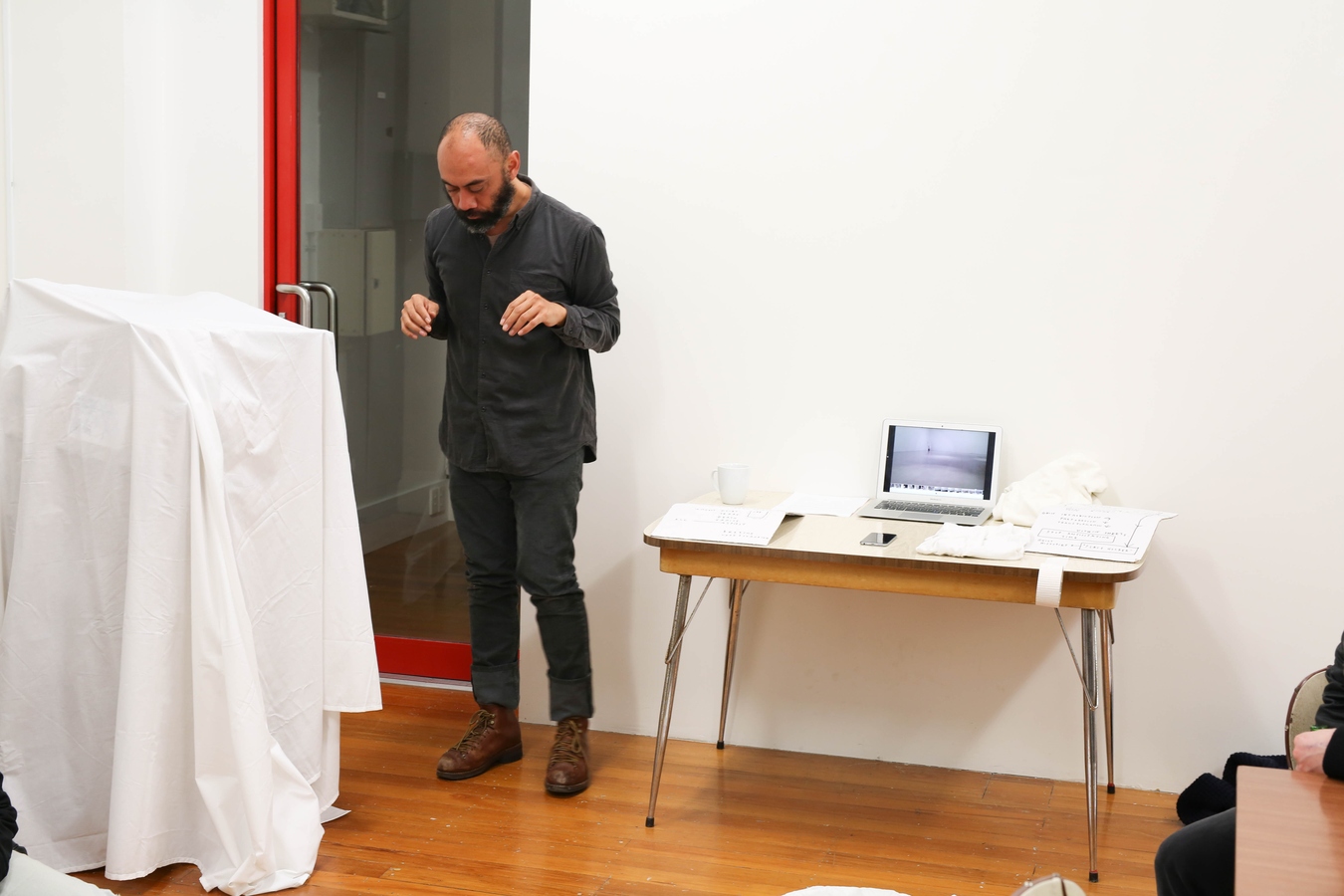 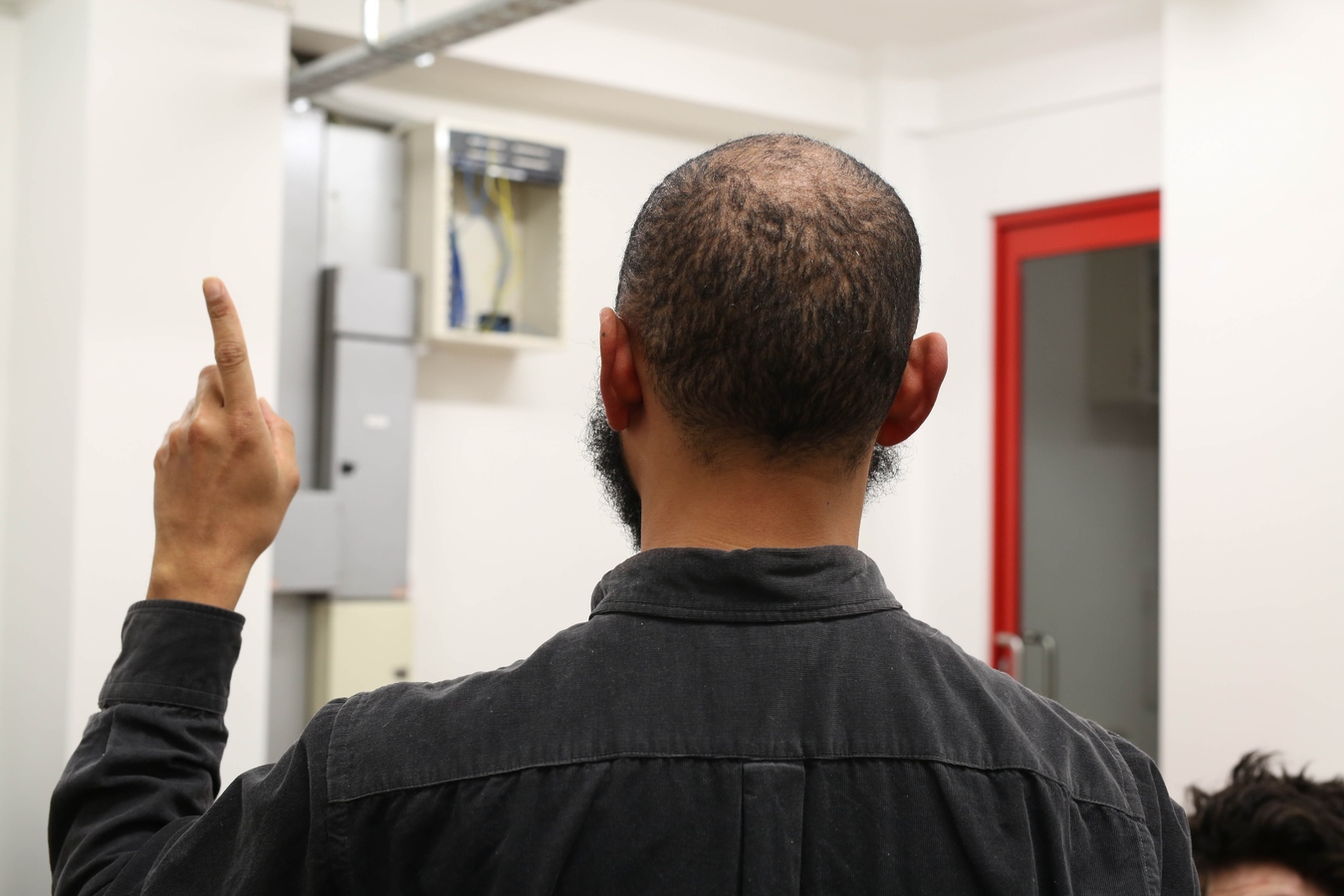 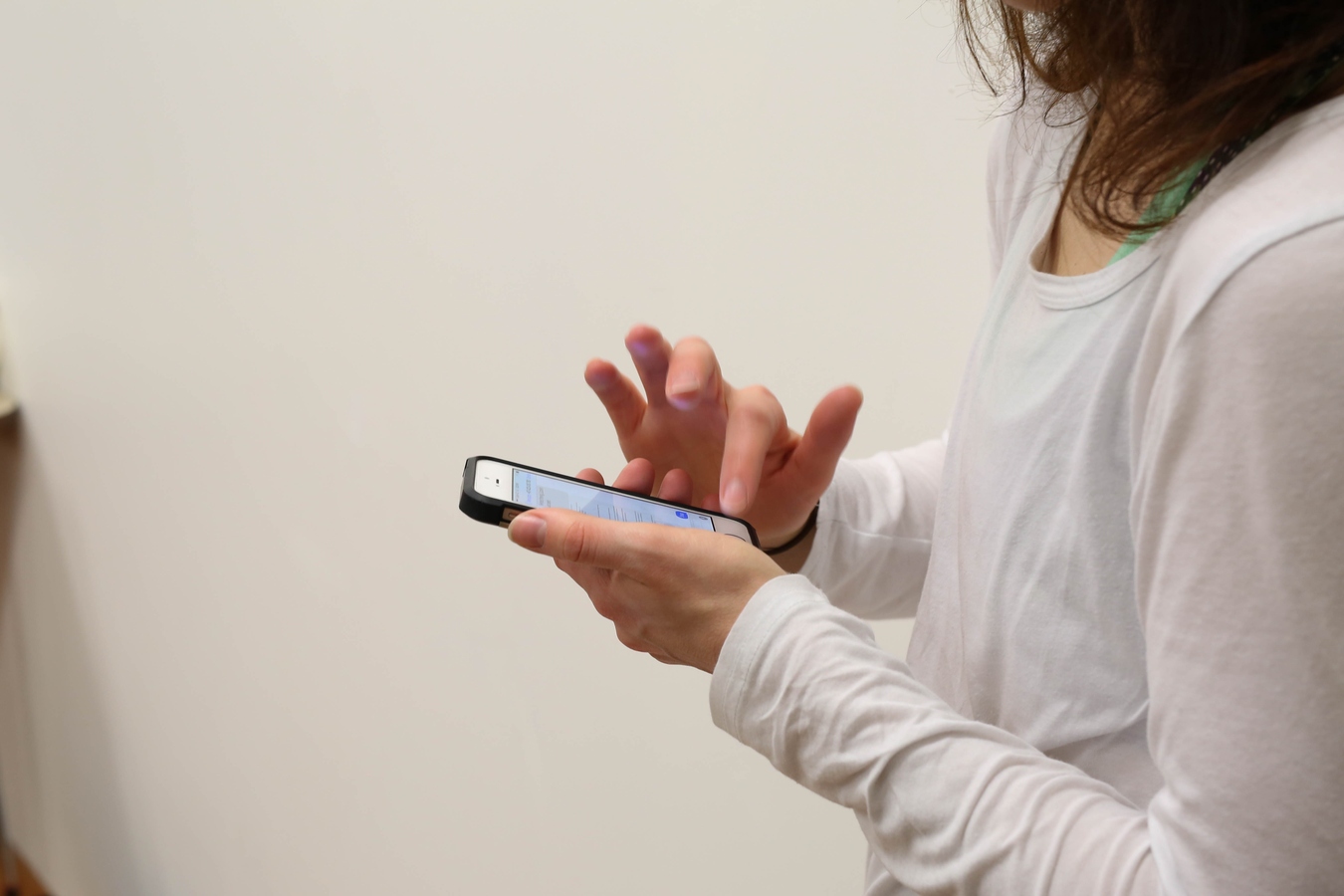 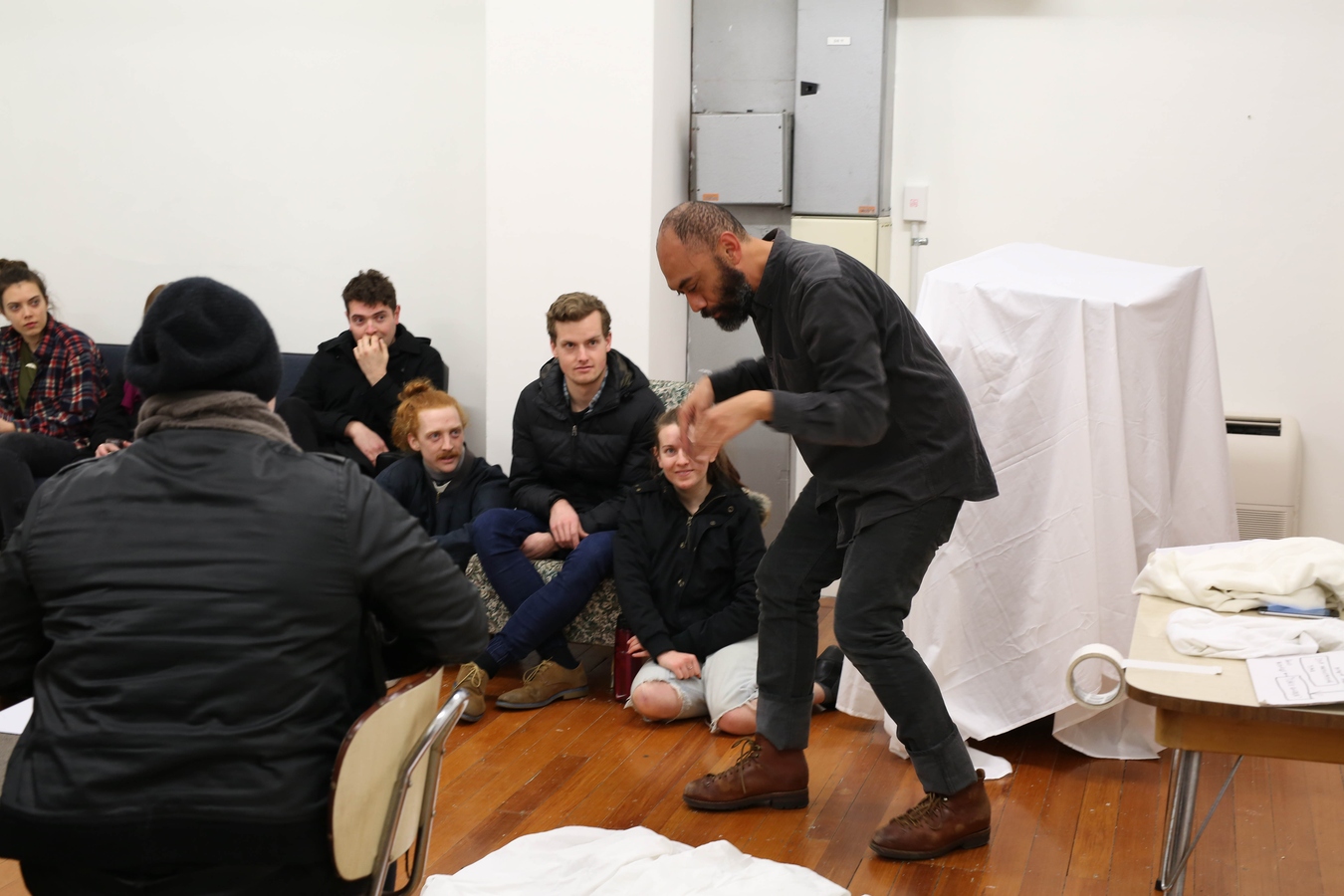 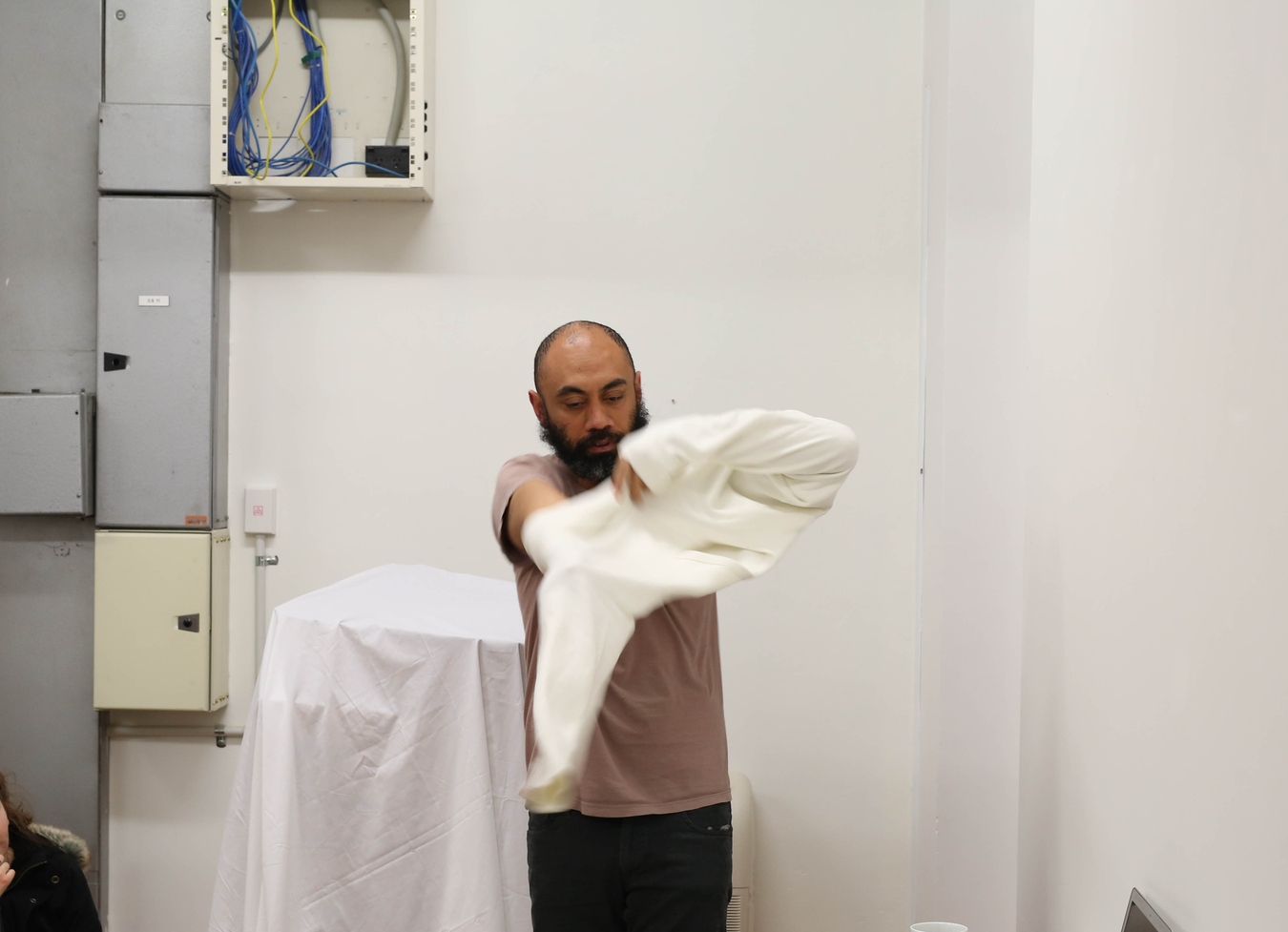 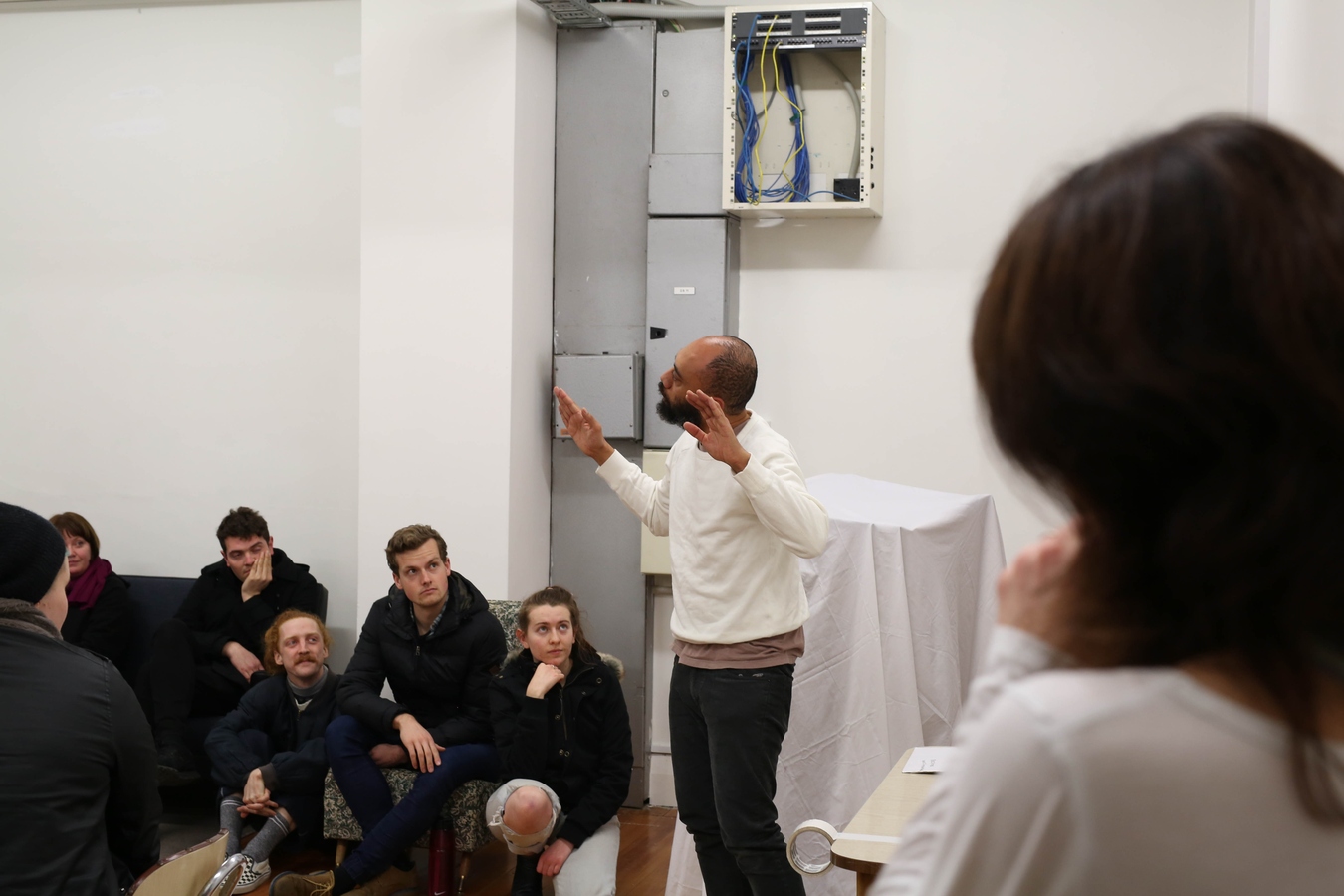 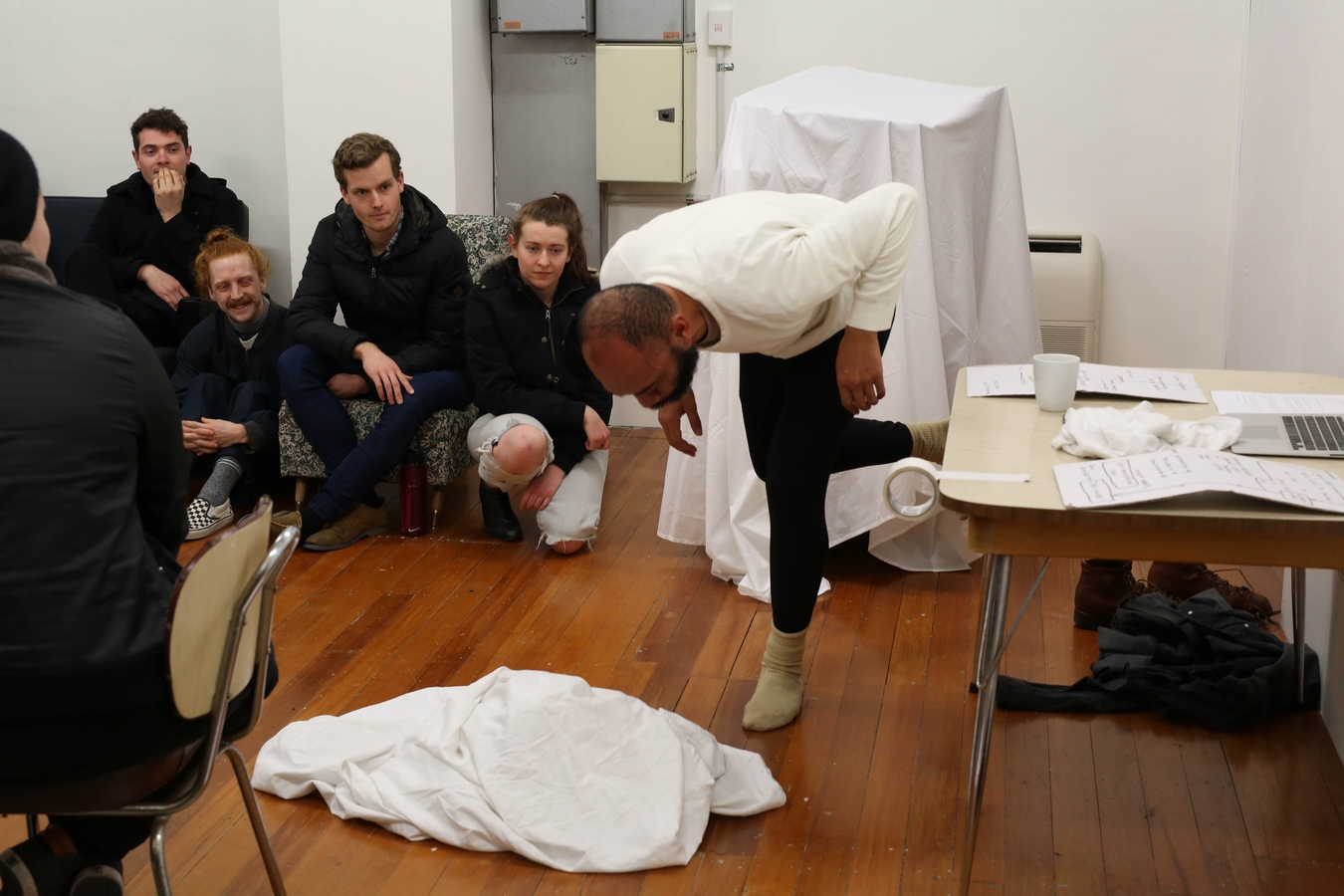 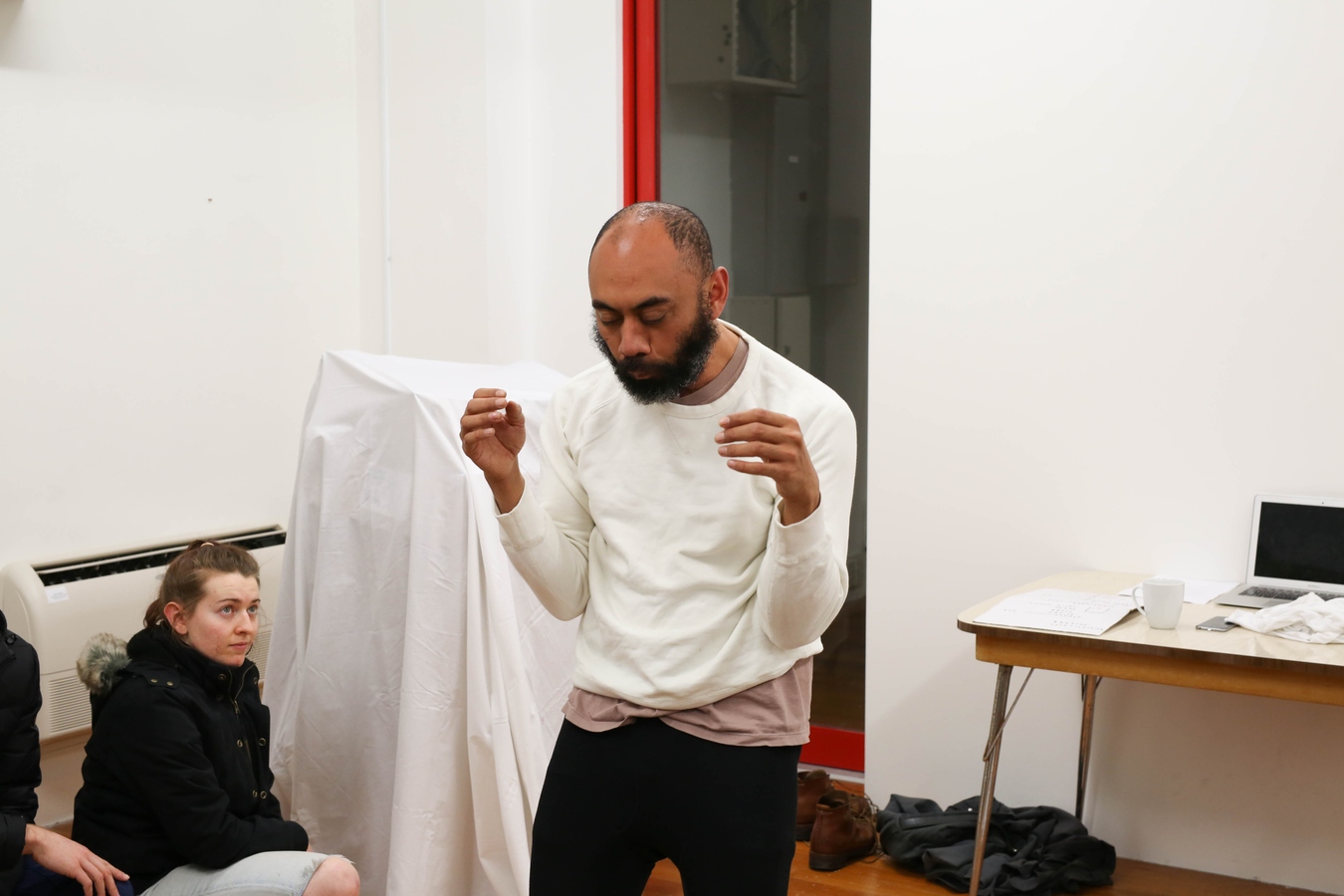 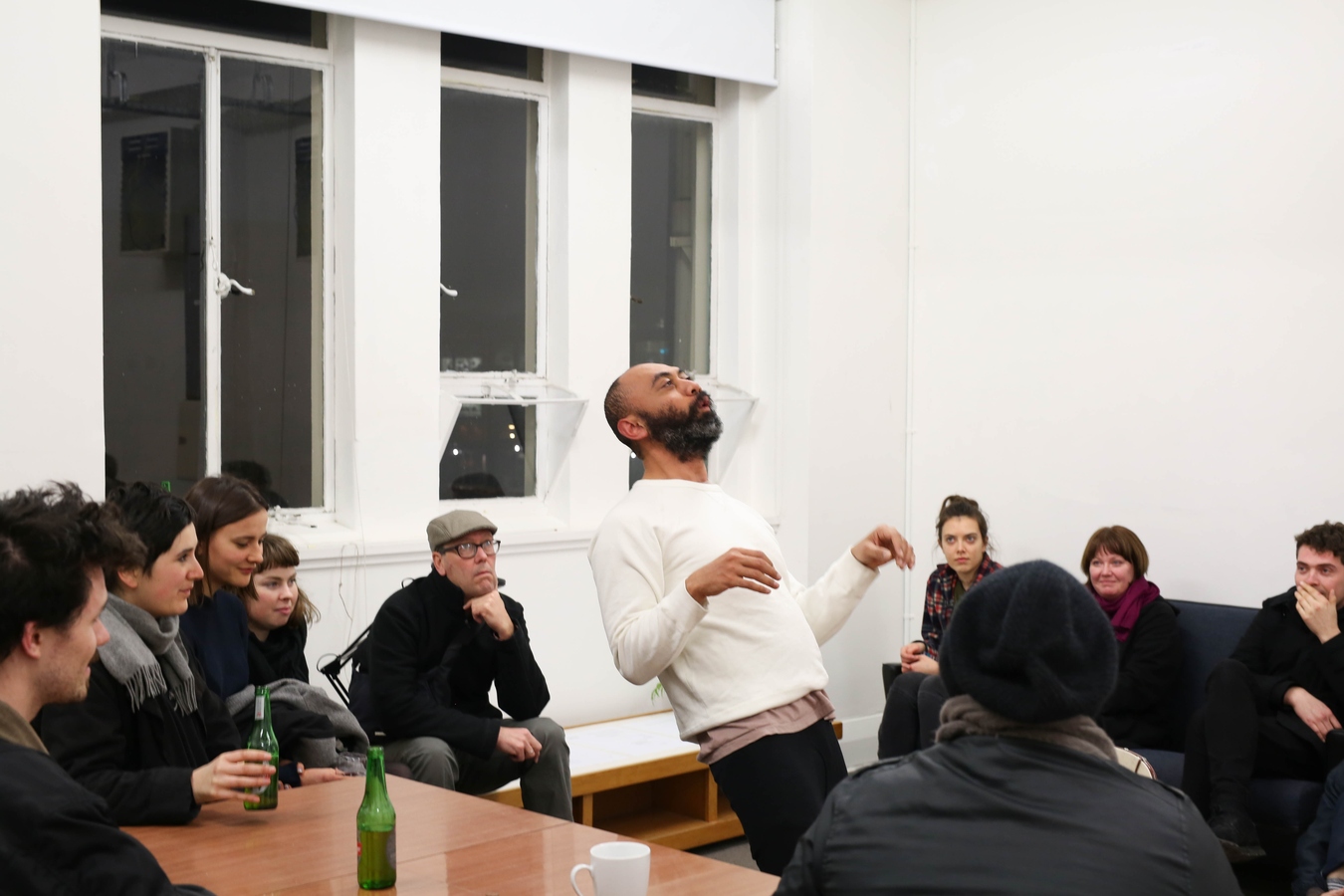 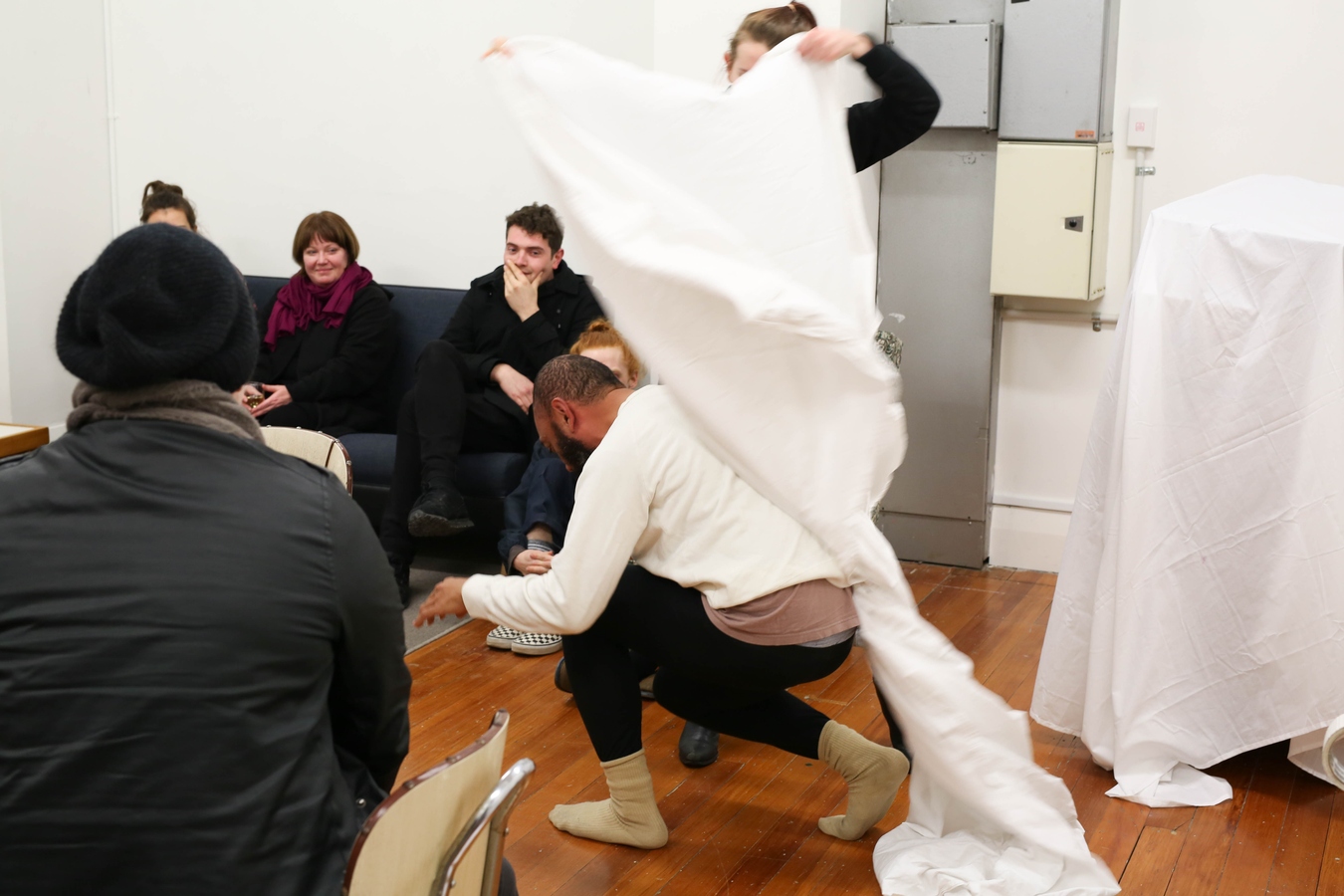 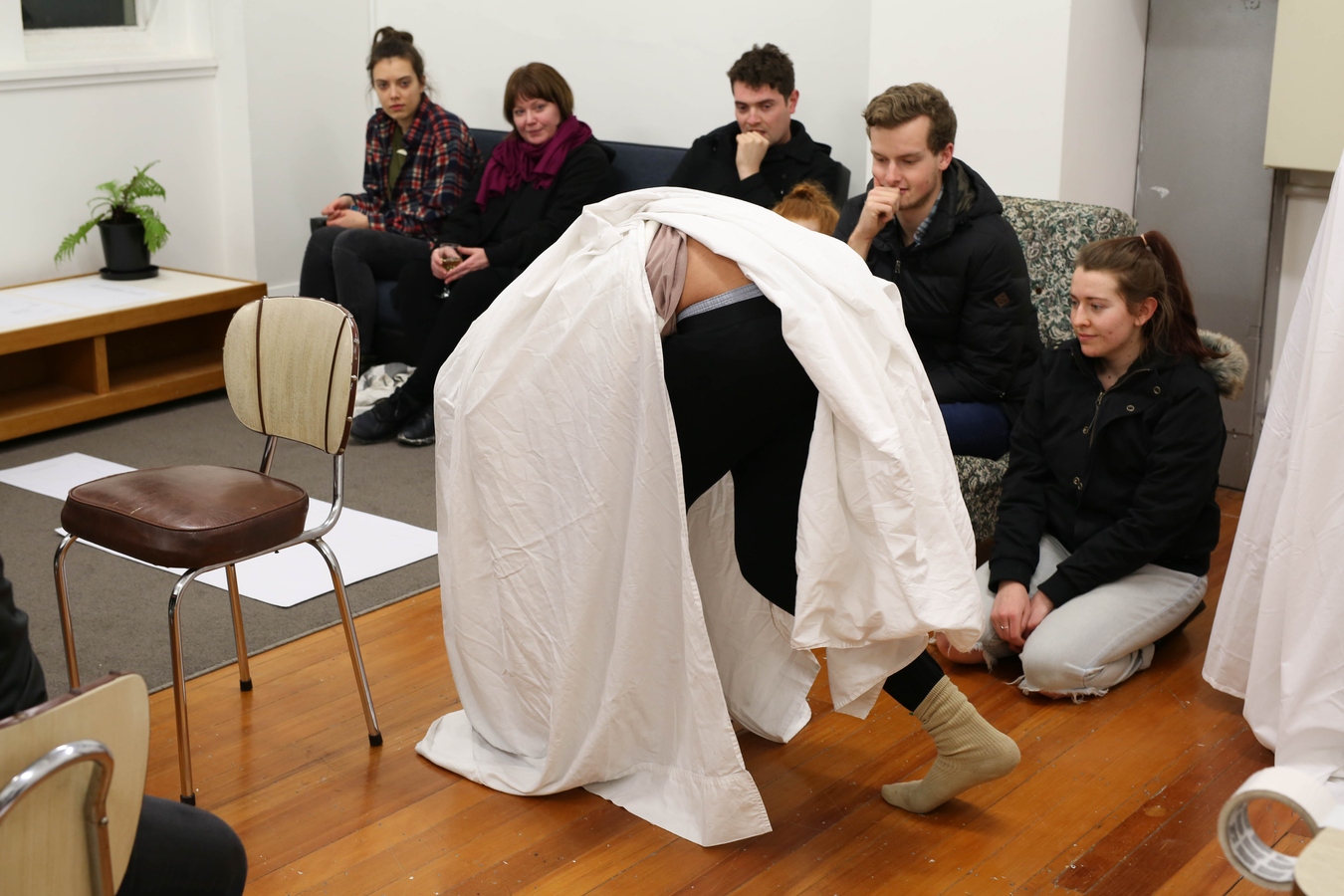 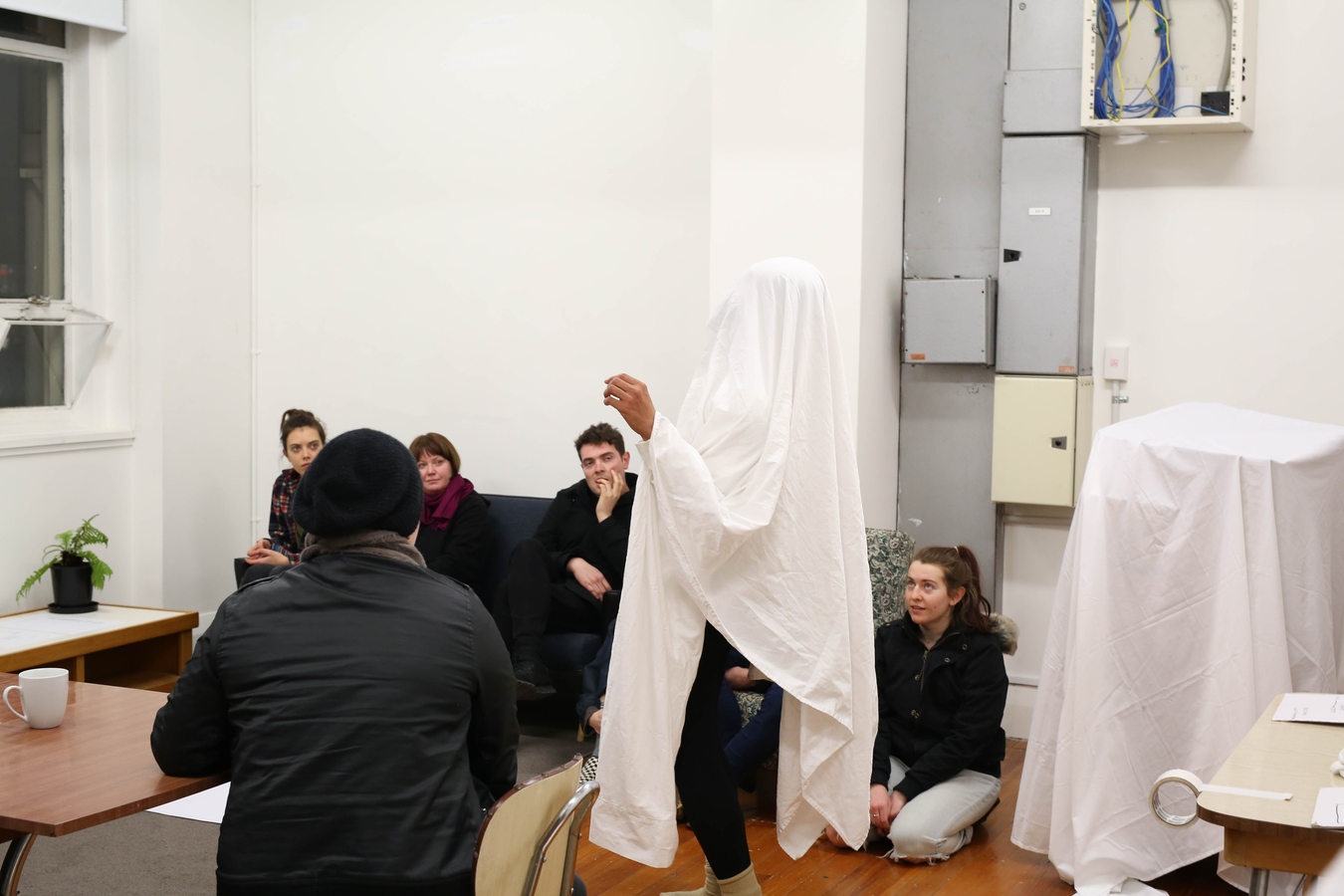 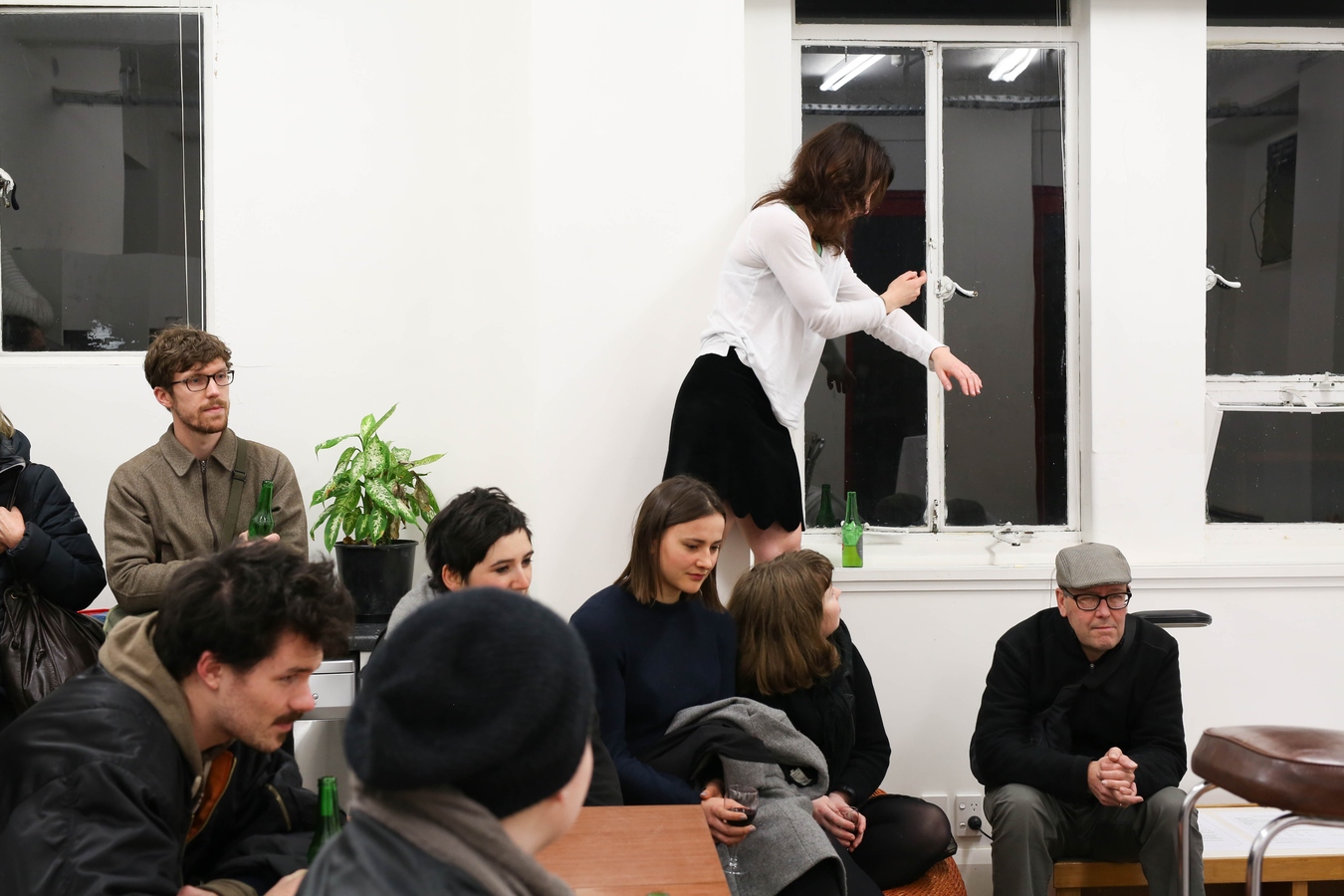 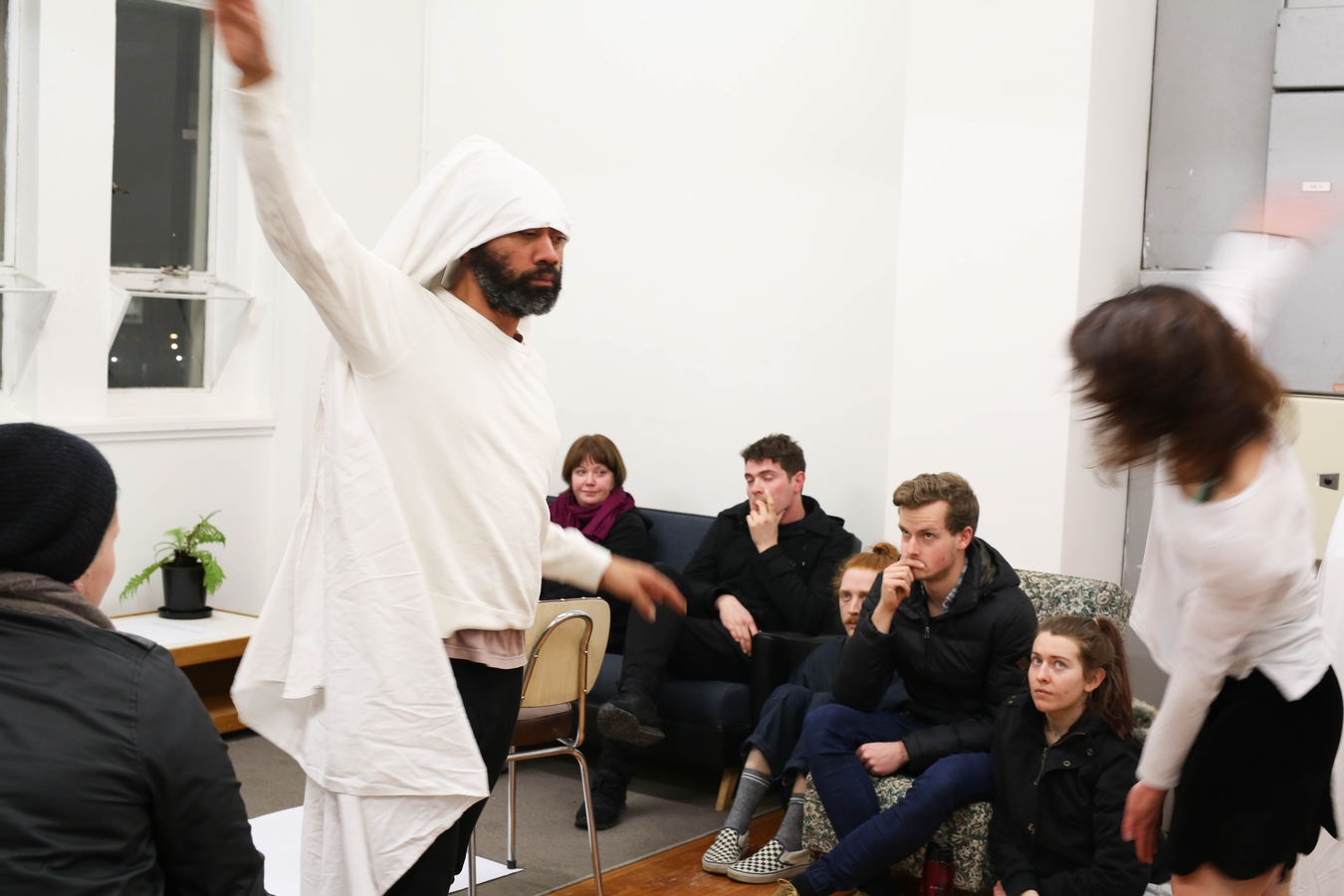 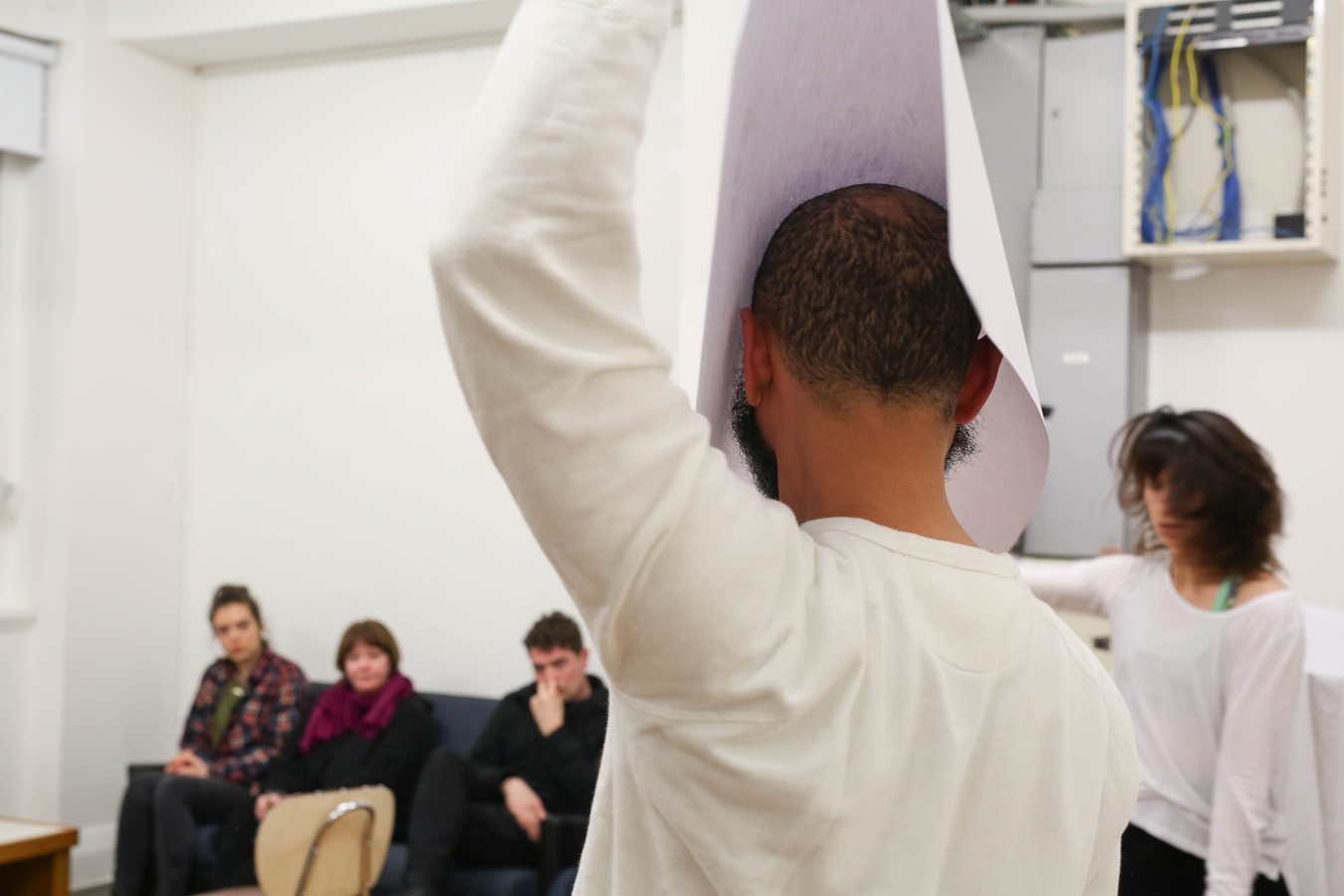 Brian Fuata’s practice is in text, improvisation and performance contextualised by his theatre history. His live 20 minute structured improvisations use the figure of the ghost as a point of departure. In these live works, Fuata veers between various modes of presentation, constantly re-contexualising the physical space of the gallery as both a place of objecthood and a theatrical stage of narrative and persona.

PLACEHOLDER is a film of a ghost performance with the figure of the ghost edited out. On top of the sequential moving images of emptied space are text slides, derived from poetic notations around an idea of omission. Together, the image and text operate on different time loops, infinitely random and continuous.

The film functions partially as a proxy in his physical absence, until he finally arrives at The Physics Room, then as backdrop in his two-week residency of performance actions.

Brian Fuata’s (b. 1978, Wellington, NZ) practice is characterised by an improvisational and interdisciplinary approach to performance, grounded in conversation, text and movement. He uses a range of sites for his work including theatres, galleries, mobile phone text messages and email. Fuata has been curated into exhibitions and is a recipient of new work commissions that include: Performa, New York (2015); The Poetry Project, New York (2015); UnionDocs, New York (2015); Chisenhale Gallery, London (2015); Carriageworks, Sydney (2015); ACCA, Melbourne (2014) and MCA, Sydney (2013).

Upcoming are two publications of his email performances, Option to Print and Email as Stage, collaborating with curator Susan Gibb and designer Lucas Licinni in partnership with Tarrawarra Biennial in Victoria, supported by Printed Matter in NY and Sans Seriffe in Amsterdam.

He is also part of art duo WrongSolo with Agatha Gothe-Snape formed in 2009.

holding many places, all at once, Hamish Peterson, 2016 (pdf)