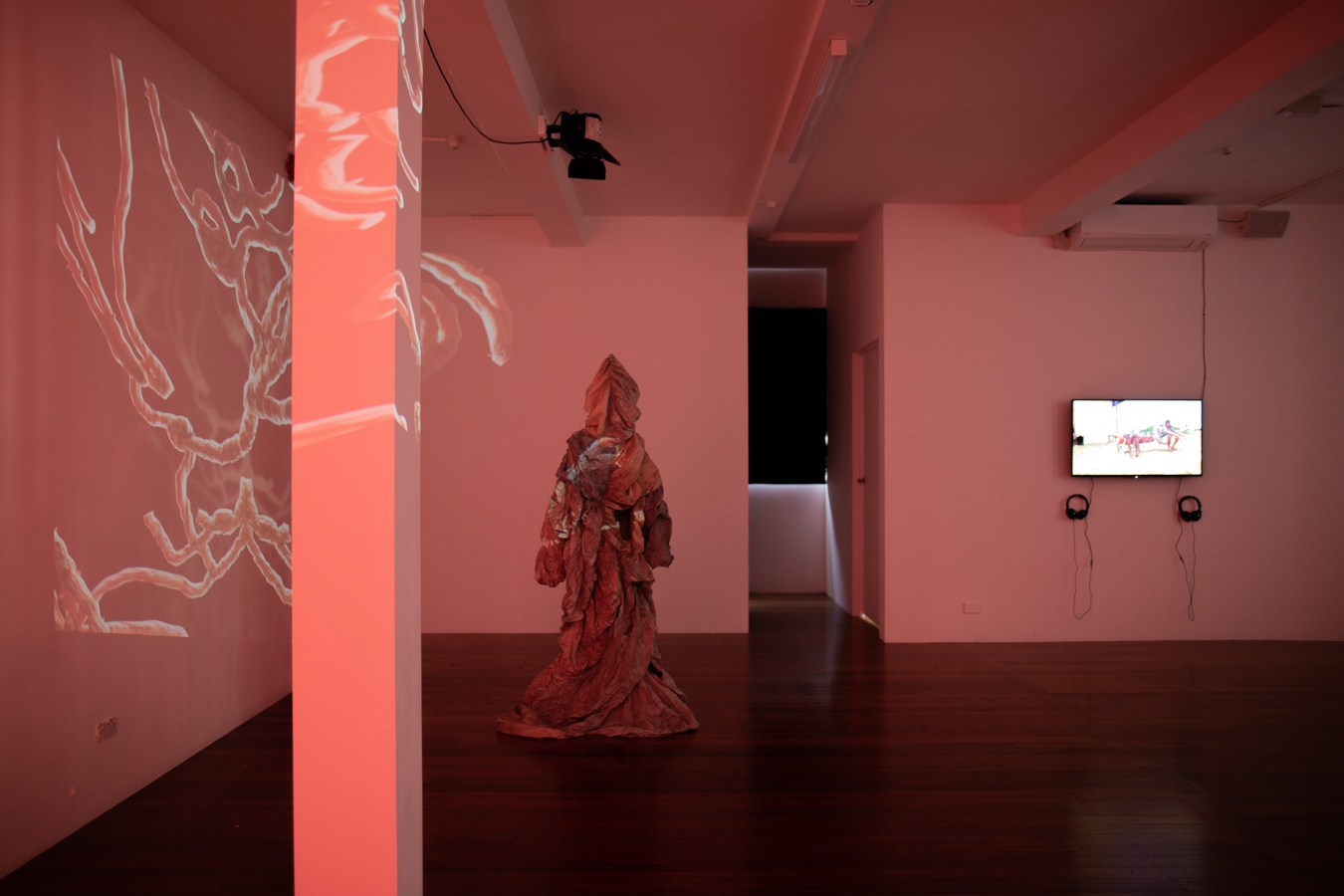 Join us for the final living embodiment of KALOUGATA: under the earth by dancer and world-builder Jahra Wasasala. KALOUGATA: under the earth was developed during Wasasala’s Creative New Zealand / University of Canterbury Macmillan Brown Centre for Pacific Studies Artist Residency in Ōtautahi. The work is infused with the physicality, character work and contortionist elements of street dance cultures FlexN and Krump, and draws on influences from traditional Fijian Meke and Japanese Butoh. Wasasala works intuitively, dancing into a state of formlessness that is both a response to and break from these cultures. Wasasala’s embodiment also responds to the real and virtual bodies represented in the installation, which are each connected ancestrally through their making and kinship with the artist. KALOUGATA: under the earth features adornments and garments made by Steven Park of 6x4 and a soundscape designed by Oliva Luki a.k.a. Spewer.

Jahra (Arieta) Wasasala is a Fijian/Pākeha world-builder, movement psychopomp and writer of realms. Within Viti, they are from Macuata and Ba provinces. Jahra’s work is based in the relational space between a world ending and another world beginning. Jahra centres dance, while also working with sound, adornment, poetry, sculpture, and digital media.

Jahra has an ongoing creative partnership with Ooshcon (known as CONJAH), by which they facilitate, hold festivals, make work together and empower each other's practices. Jahra gives gratitude to Tāmaki Makaurau (raised) and Te Awa Kairanga ki Uta (current), acknowledging the influence of place on work.

Jahra is an award-winning artist, internationally and nationally touring their own embodiment work as well as being featured in various company works, touring across Aotearoa, Australia, Hawai’i, New York, Canada, Guahån and Berlin. Jahra has experience as a mentor and facilitator within movement and poetry for young people, and has taught across Aotearoa and overseas.

Jahra affectionately sees their work as 'Oceanic Terror-fi', and constantly moves towards being spirit-led and blood-led in their evolving creative offerings.