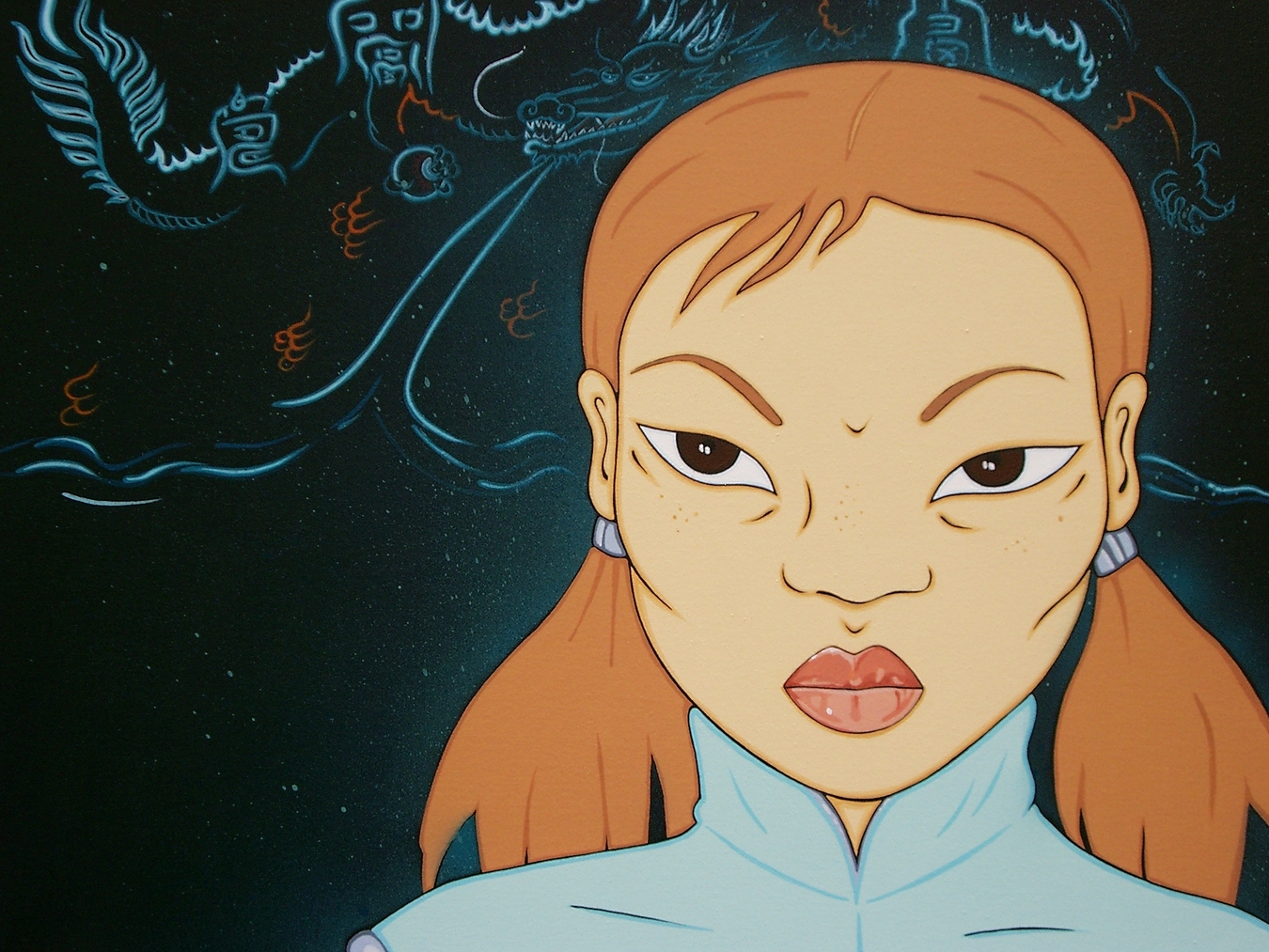 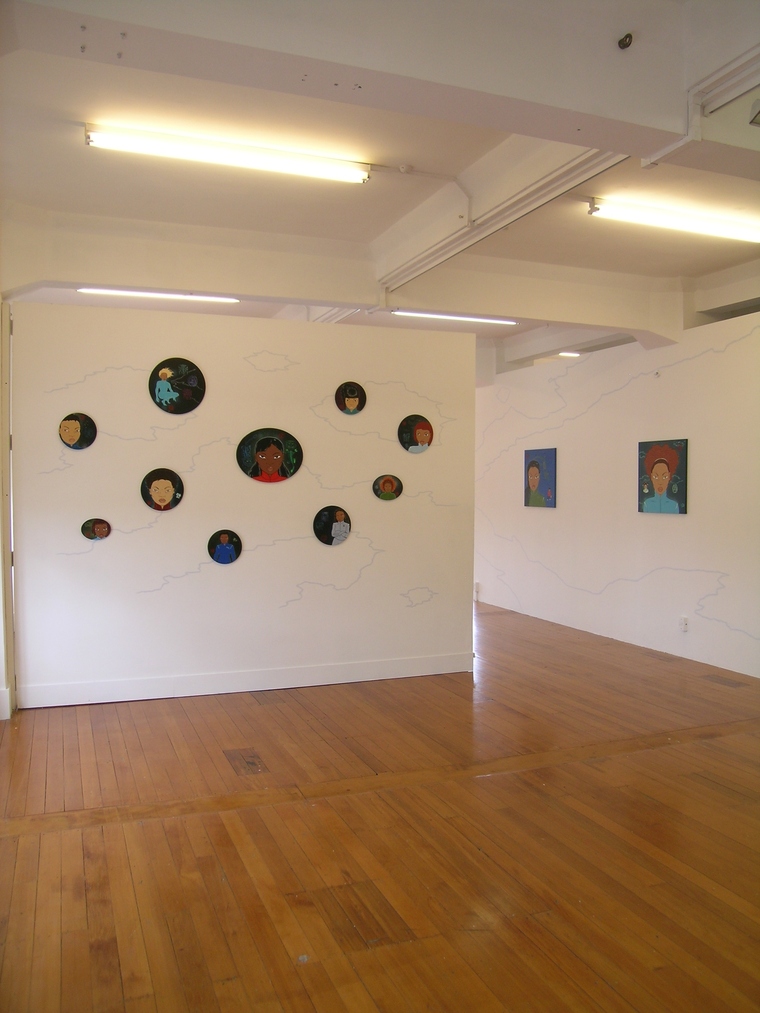 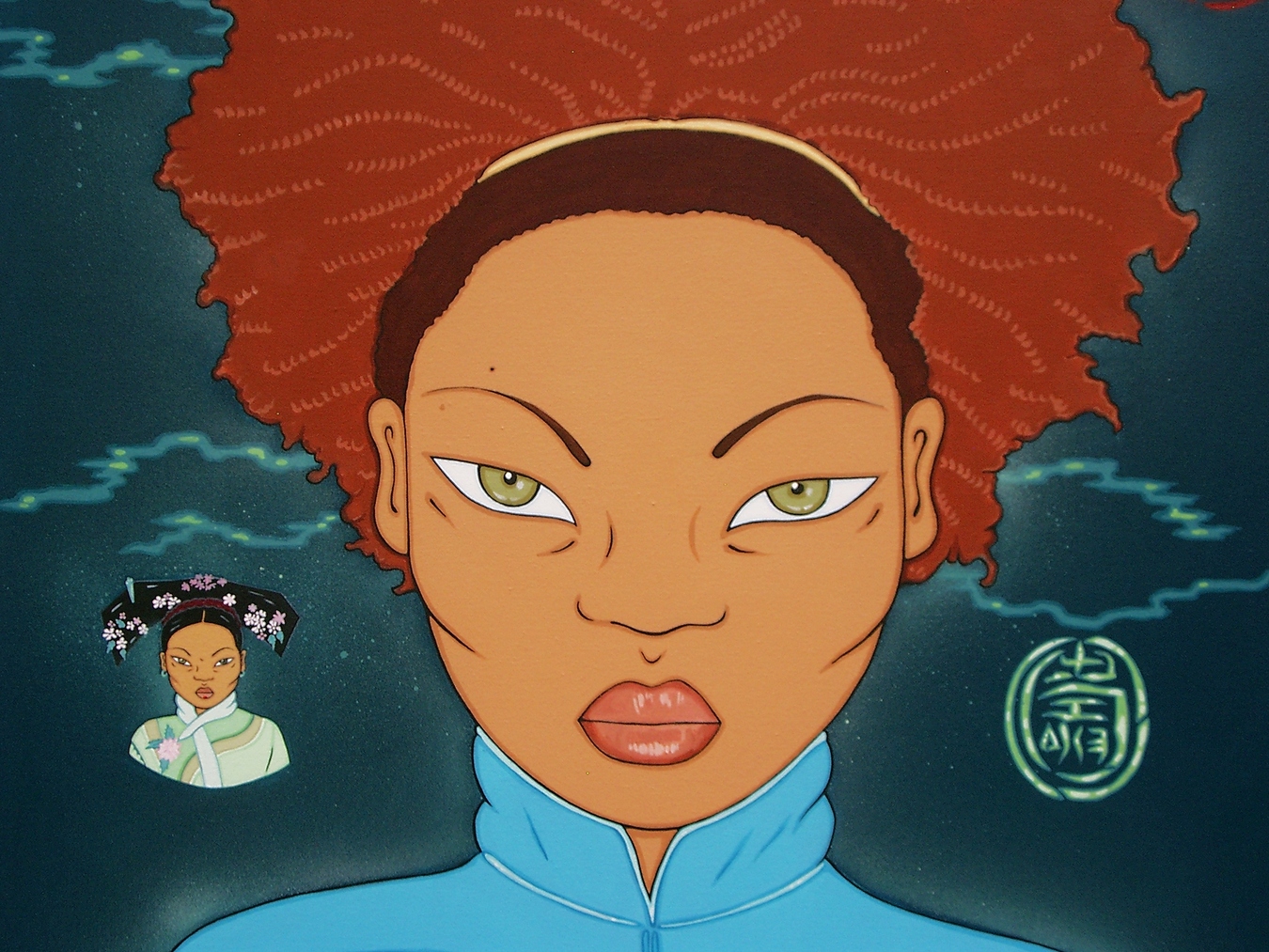 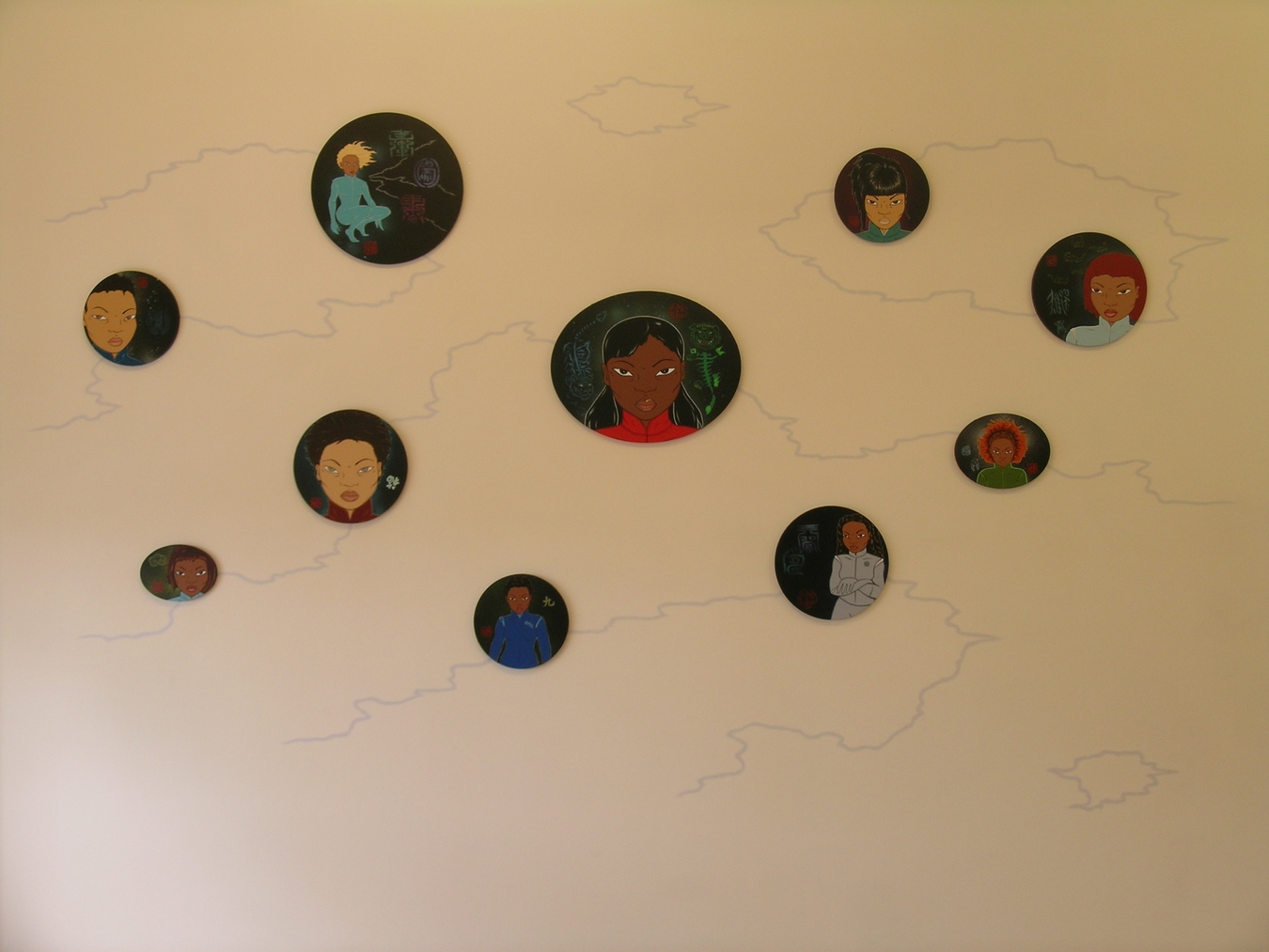 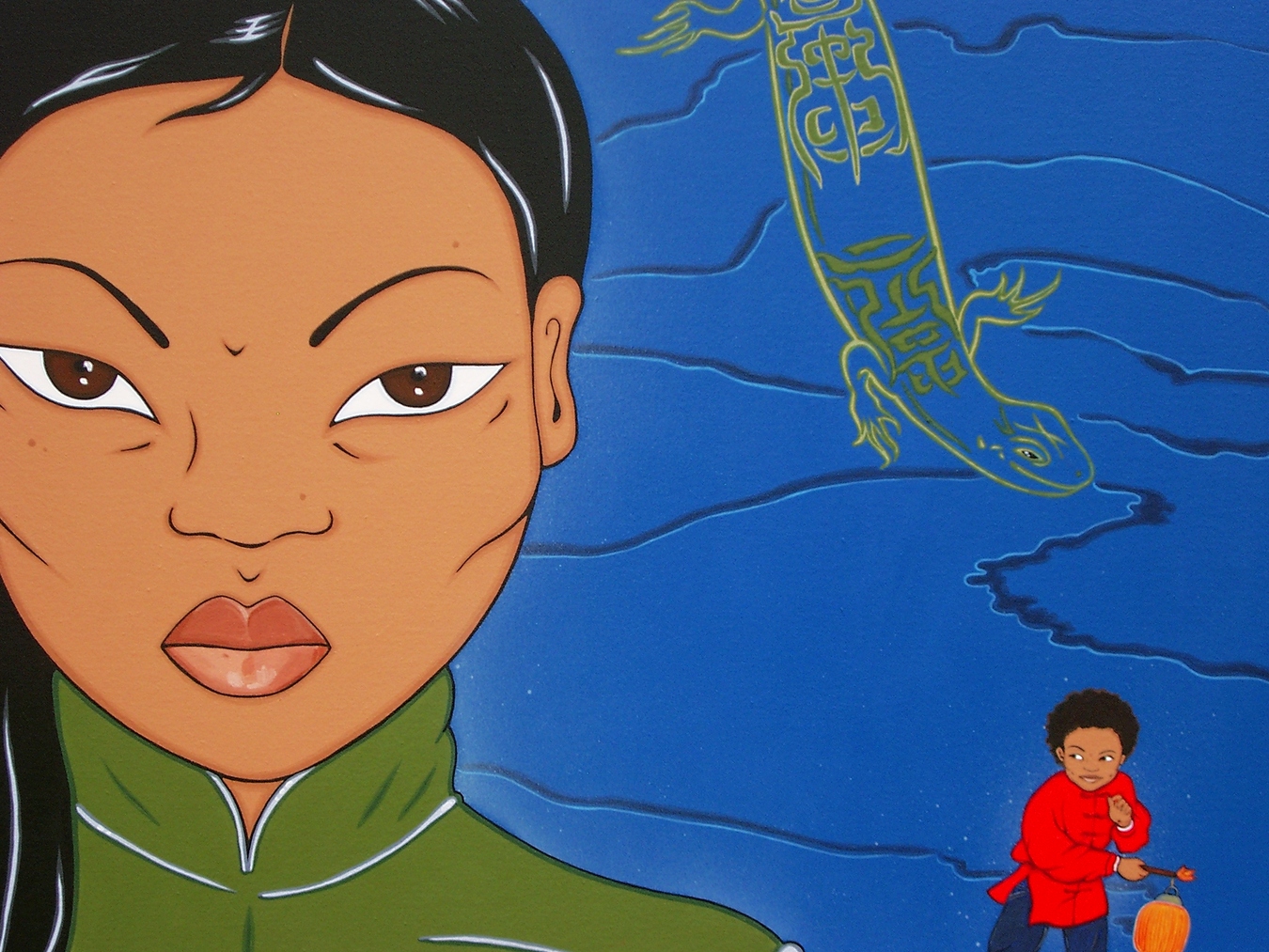 In this new series, Kate Beynon continues her exploration of ‘hybrid’ identity and ‘mixed blood’. In two animation works the ‘Li Ji’ spirit, a heroine that features in a 4 th century Chinese fable, and who has been appearing in her work since 1996, is adapted into different lives and eras. As well as animation, Beynon will show new paintings, and site specific stencil work inspired by her three month residency in Harlem, New York in 2004. This time abroad saw the development of the Li Ji figure into multiple female identities of multi-racial appearance, indefinable or debatable, but all women ‘of colour’. This reflects Beynon’s personal experience as bi-racial (Chinese/Welsh) while appearing to look Hispanic to many, as well as referring to her son’s more complex genetic/cultural cocktail which includes African, Mexican, Native-American, Irish, Scottish as well as Eurasian and Australian-born. Much of Beynon’s work reflects this interest in people of multiple bloodlines and migratory paths, people who negotiate the ’in between’ space of a many-layered hybrid existence - influenced by aspects of time, history, family, space, the physical body, memory, circumstance and location.