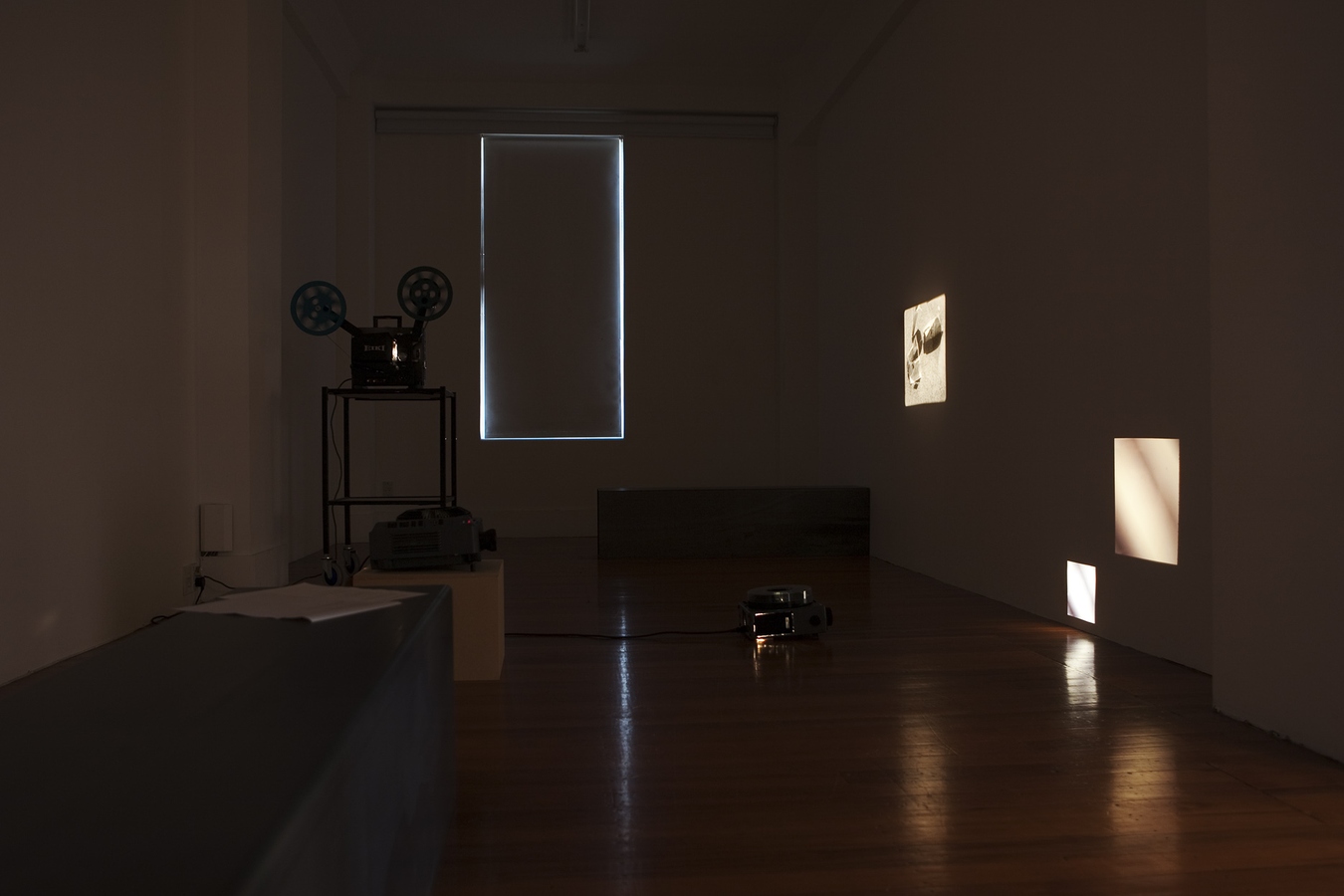 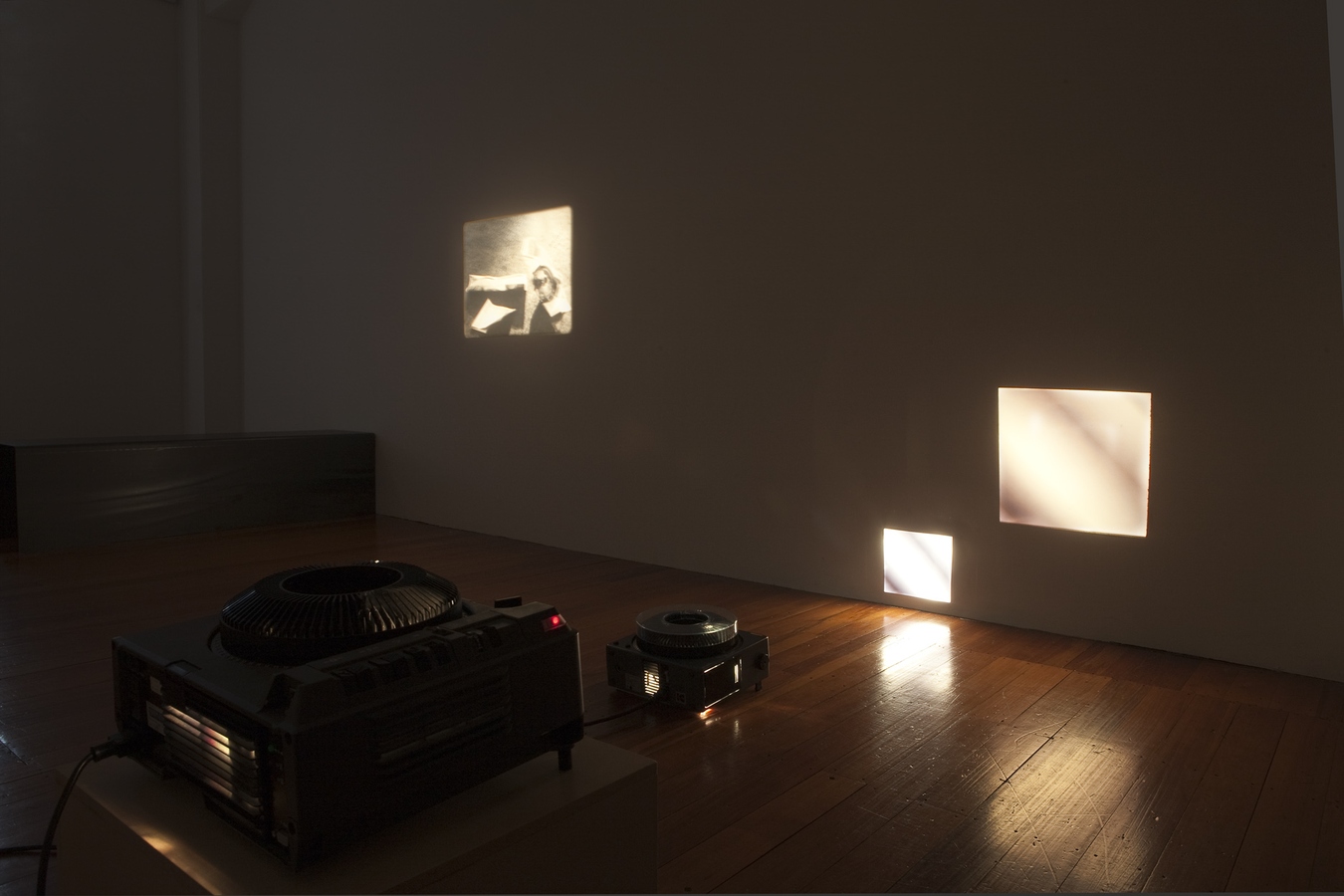 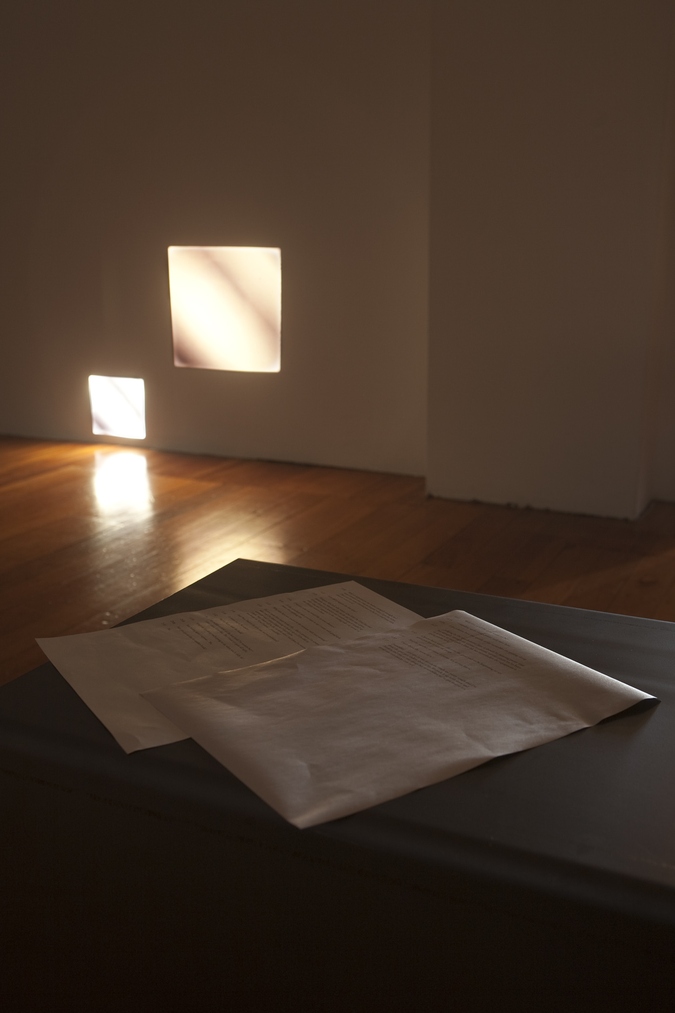 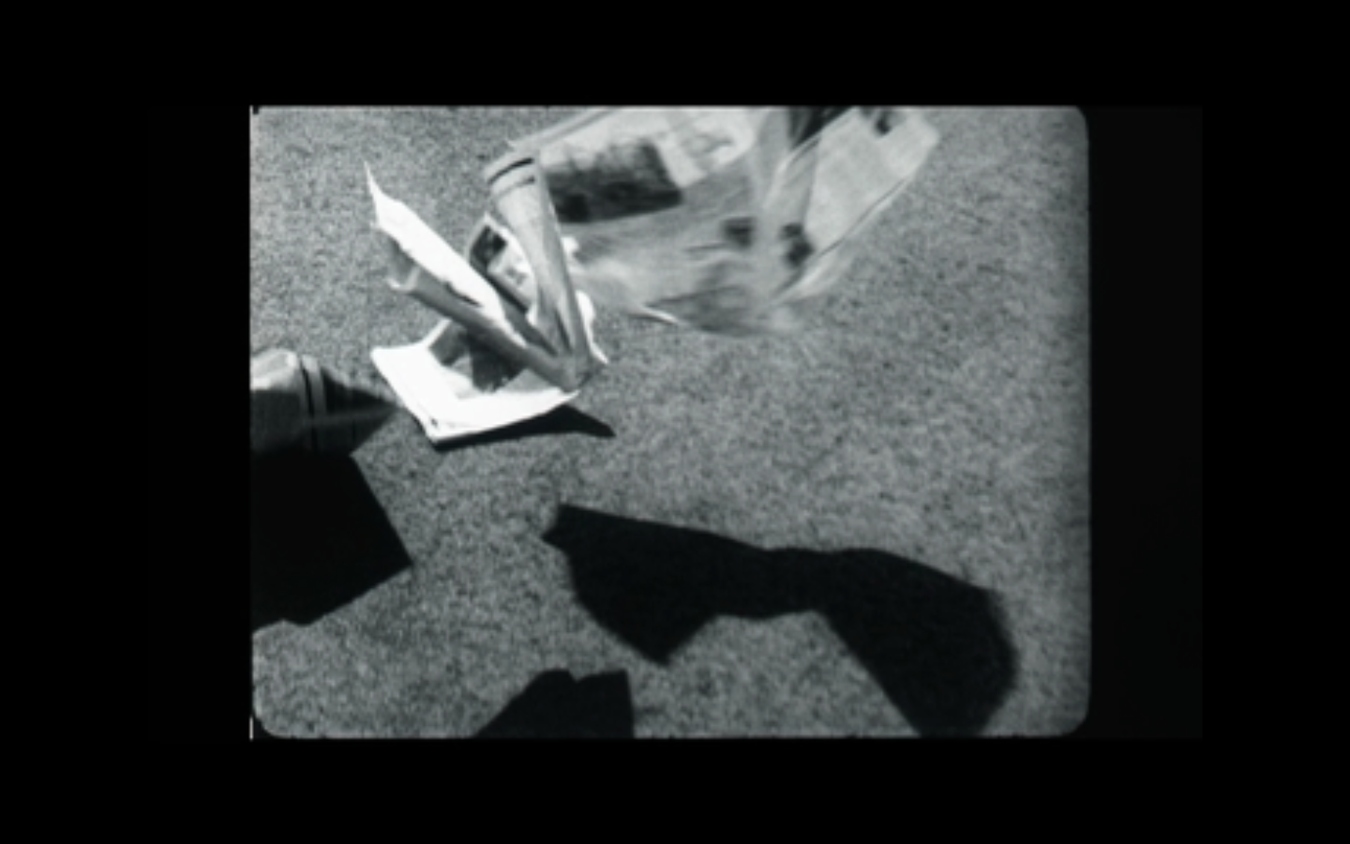 Conceiving of the gallery as a contemplative space for reflection and the taking of one’s time, Sonya Lacey presents Making things clear, her first solo exhibition in Christchurch. Investing in and investigating the anachronistic potential of documentary forms and methods of recollection, Lacey’s exhibition with its range of composite spatial, filmic and textual elements coheres as a field full of keen observations, tranquil constructions and carefully tempered propositions.

As a space literally positioned above from and therefore at an obvious remove from the streets, The Physics Room’s gallery consistently functions as a space for the circulation of ideas and adept, thought-provoking methods of visual and perceptual communication. Known for her ability to hone “our attention to temporalities in space and form that probe issues of perception,” with this project, Lacey leads us to pay greater attention to the processes, methods and modalities through which information is transmitted and received by us all.

Replayed recordings, folds, creases and crumples all have their place within this exhibition, inviting all manner of contemplative drifts within the space of The Physics Room’s rear gallery. A reel of film lies, either coiled in wait or sweeping through a familiar but somehow now estranged mechanism of a reel to reel projector. Capturing the reverse tumble of a never-used newspaper re-design originally produced by the Italian modernist designer Massimo Vignelli, Lacey’s homage reproduction produced for the purpose of her film’s creation shares something of the same fate as Vignelli’s original which will saw its efficacy and influence remain at a remove from mass-production and wide-spread circulation.

By switching our expectations of different methods of capturing and distributing ideas through trusted and familiar mechanisms like the ‘newspaper’, ‘archive’ or ‘document’, Lacey makes much of the potential, and often poetic, slippages that emerge and can come to haunt the channels of even the most enduring and ‘everyday’ cultural constructs.