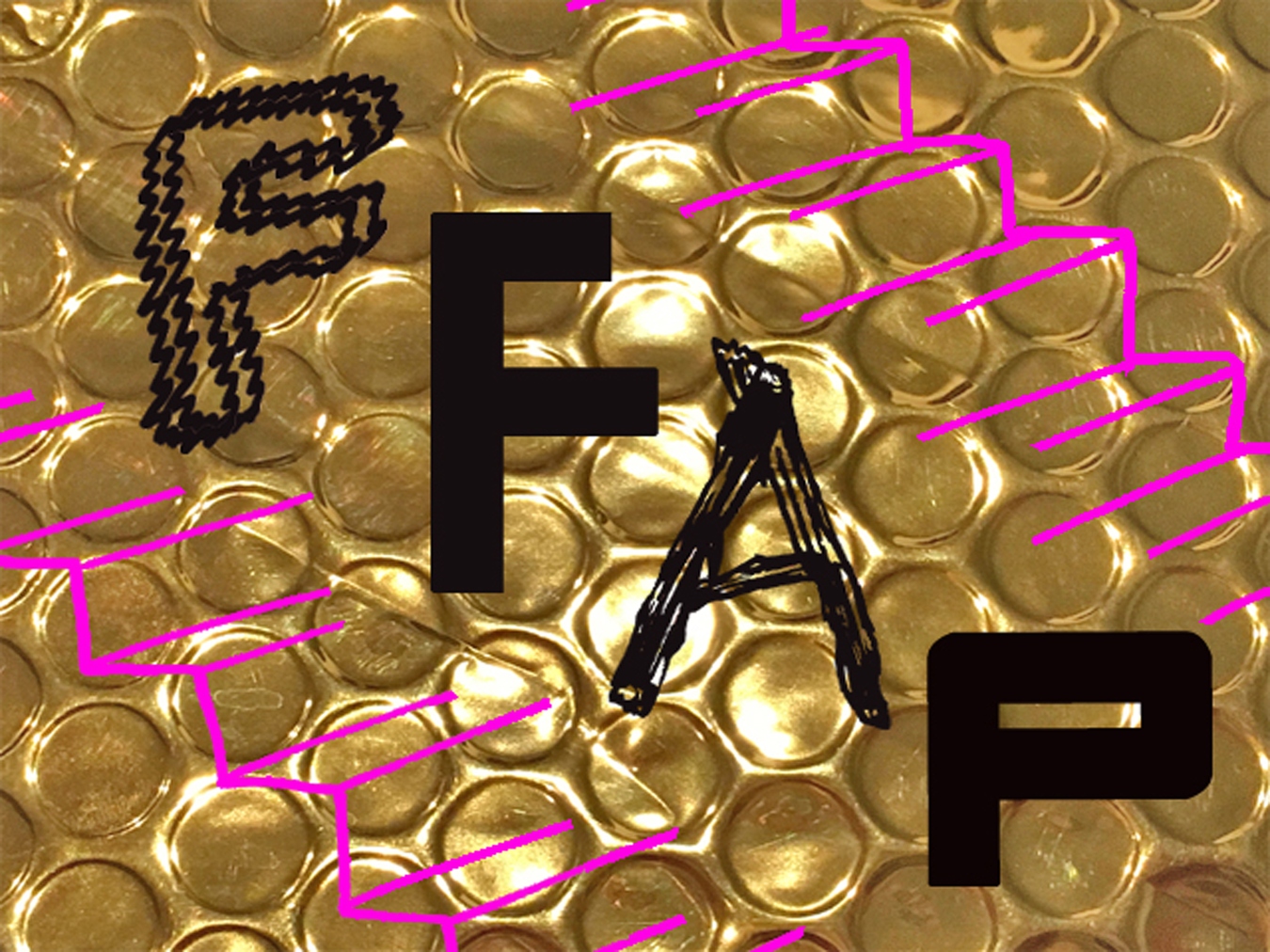 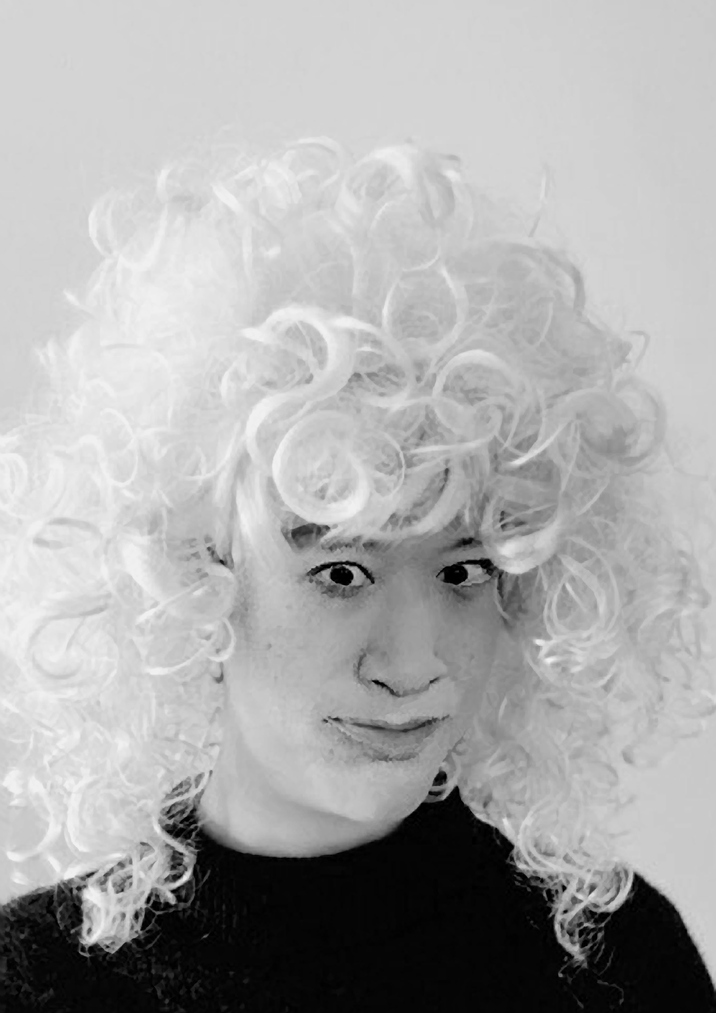 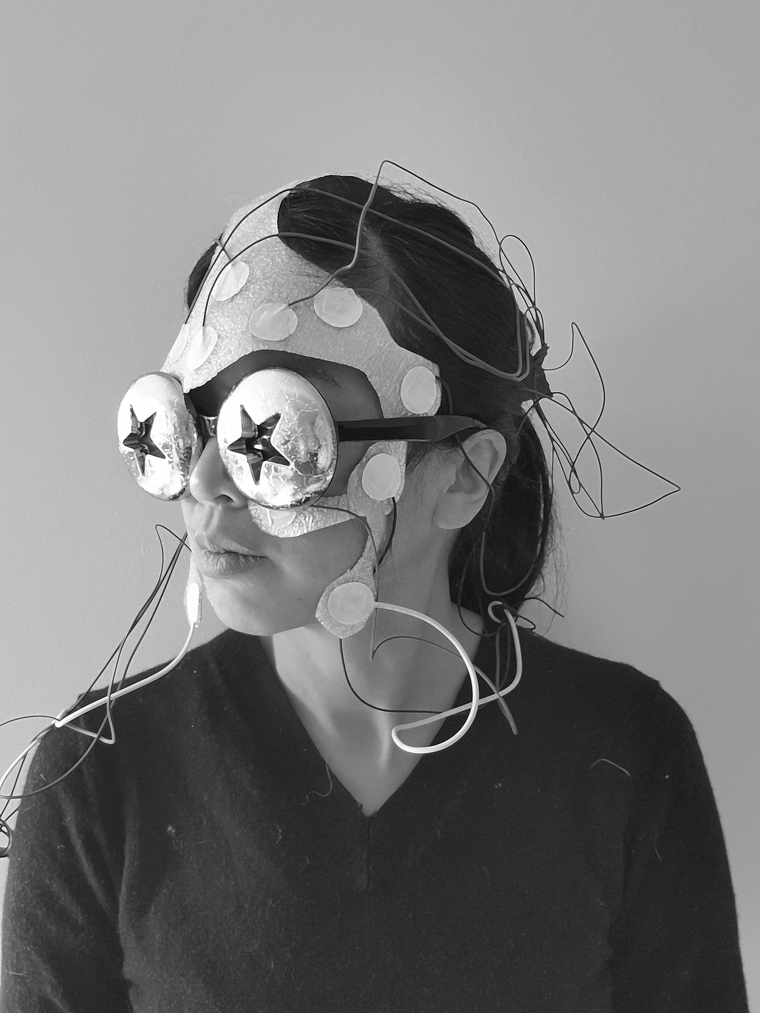 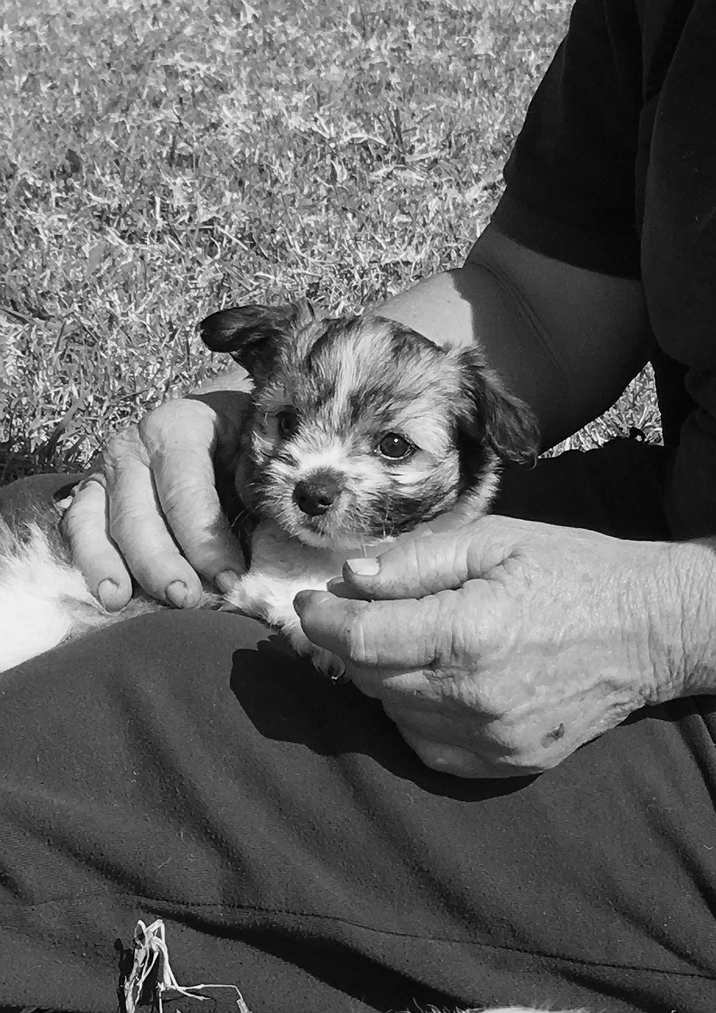 Cabbage. Image courtesy of the artist. 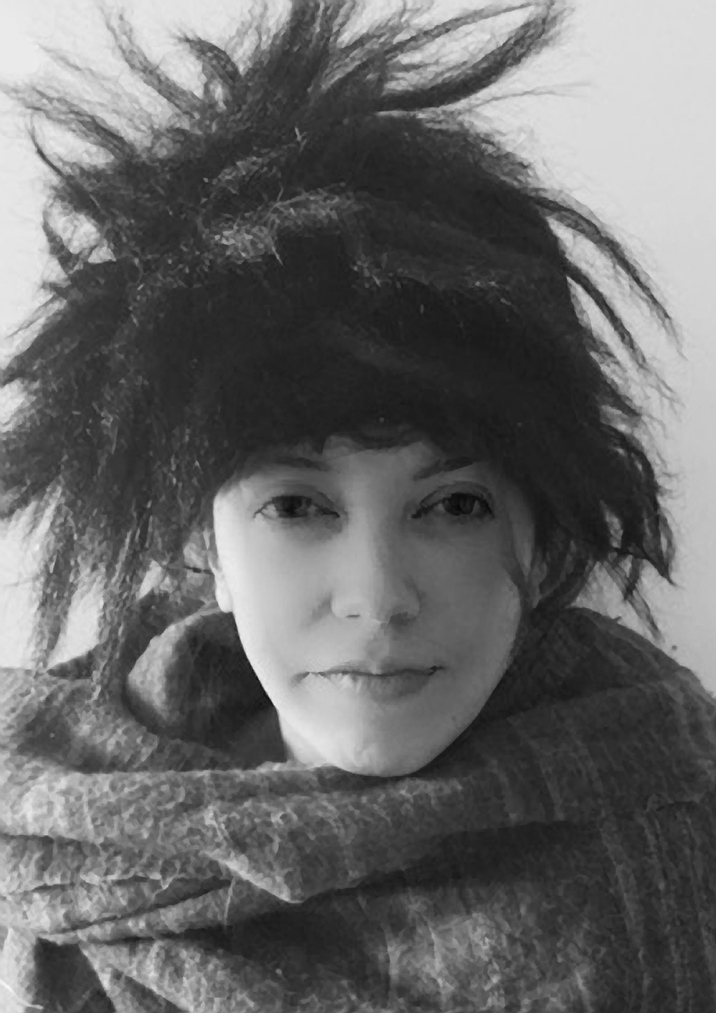 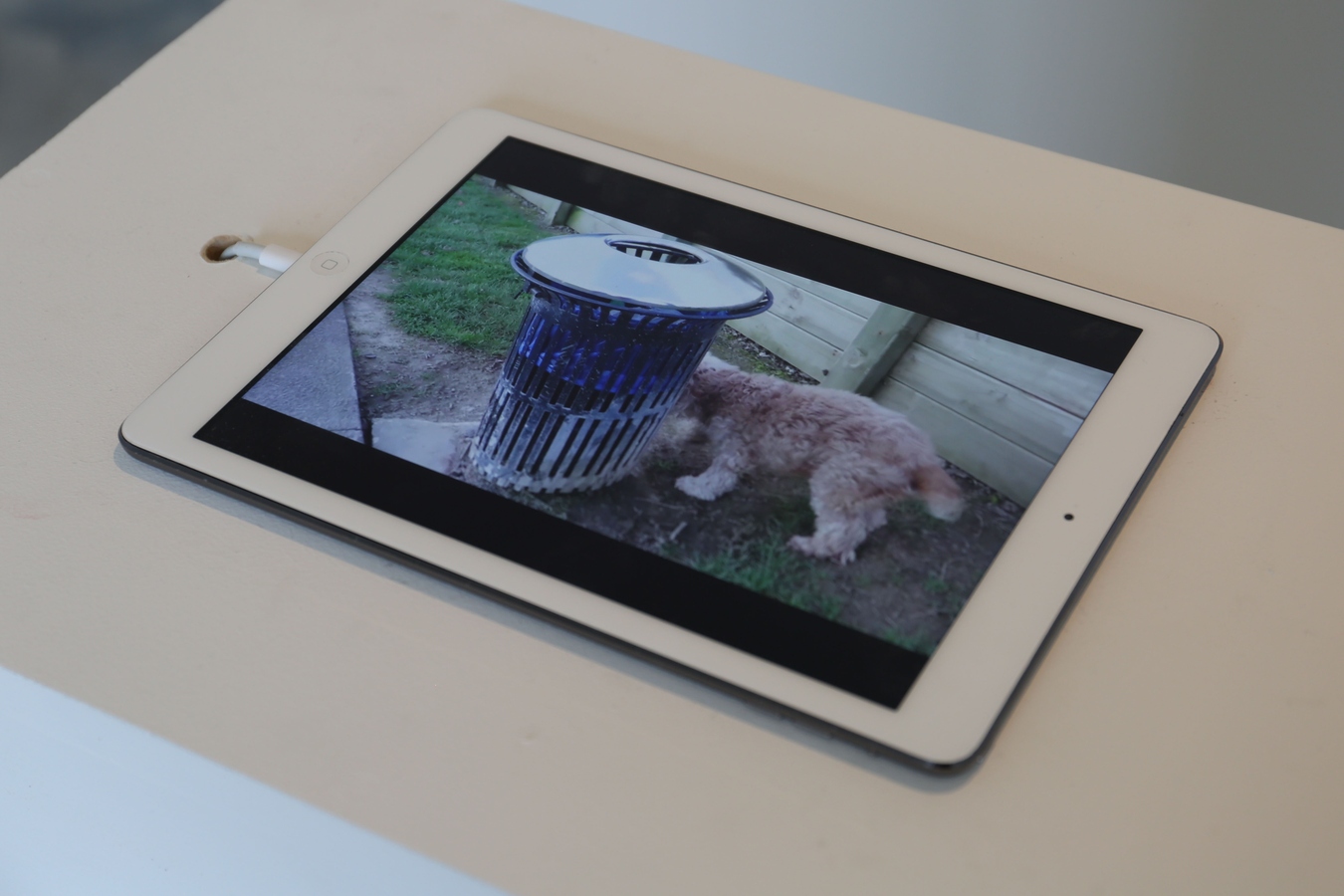 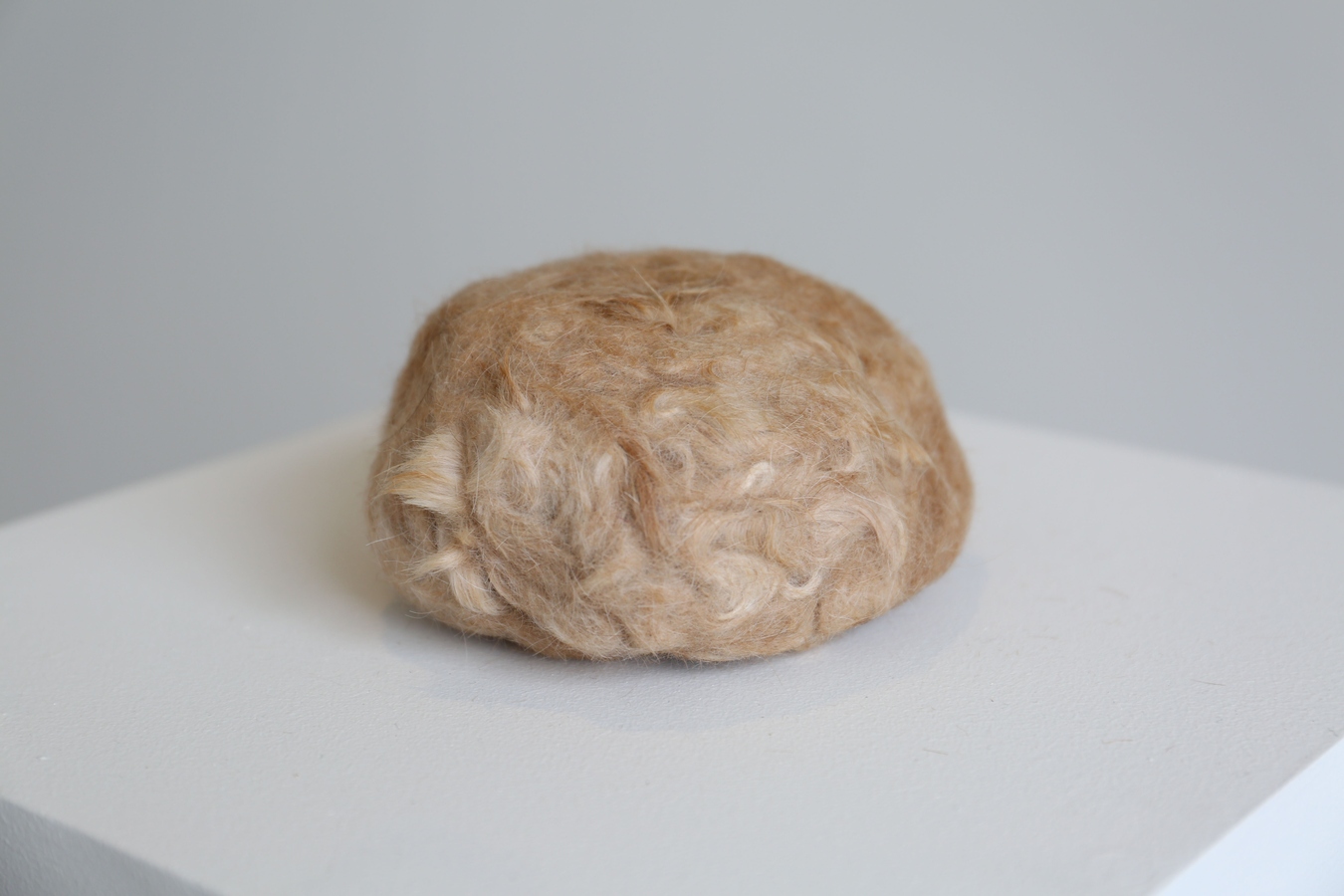 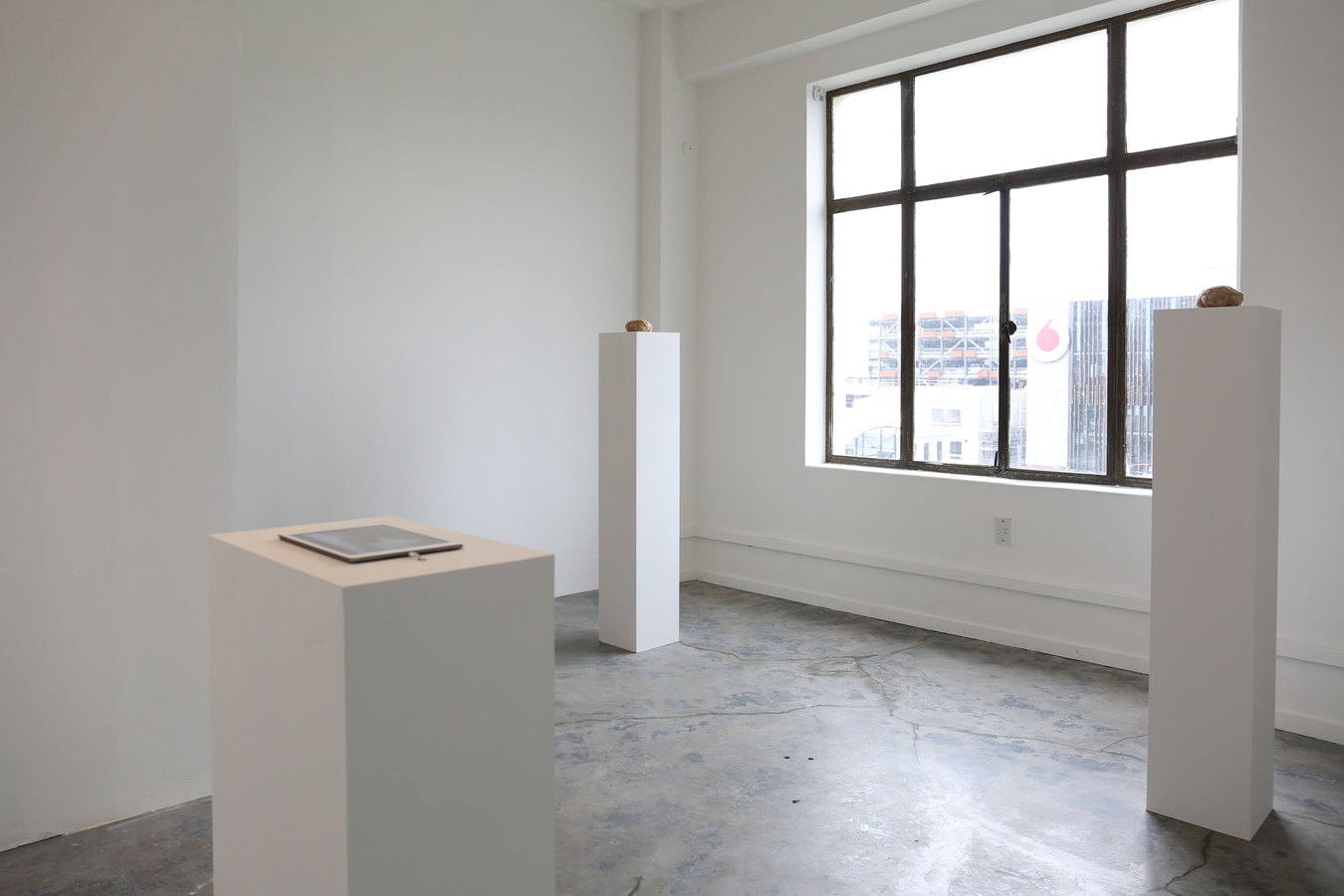 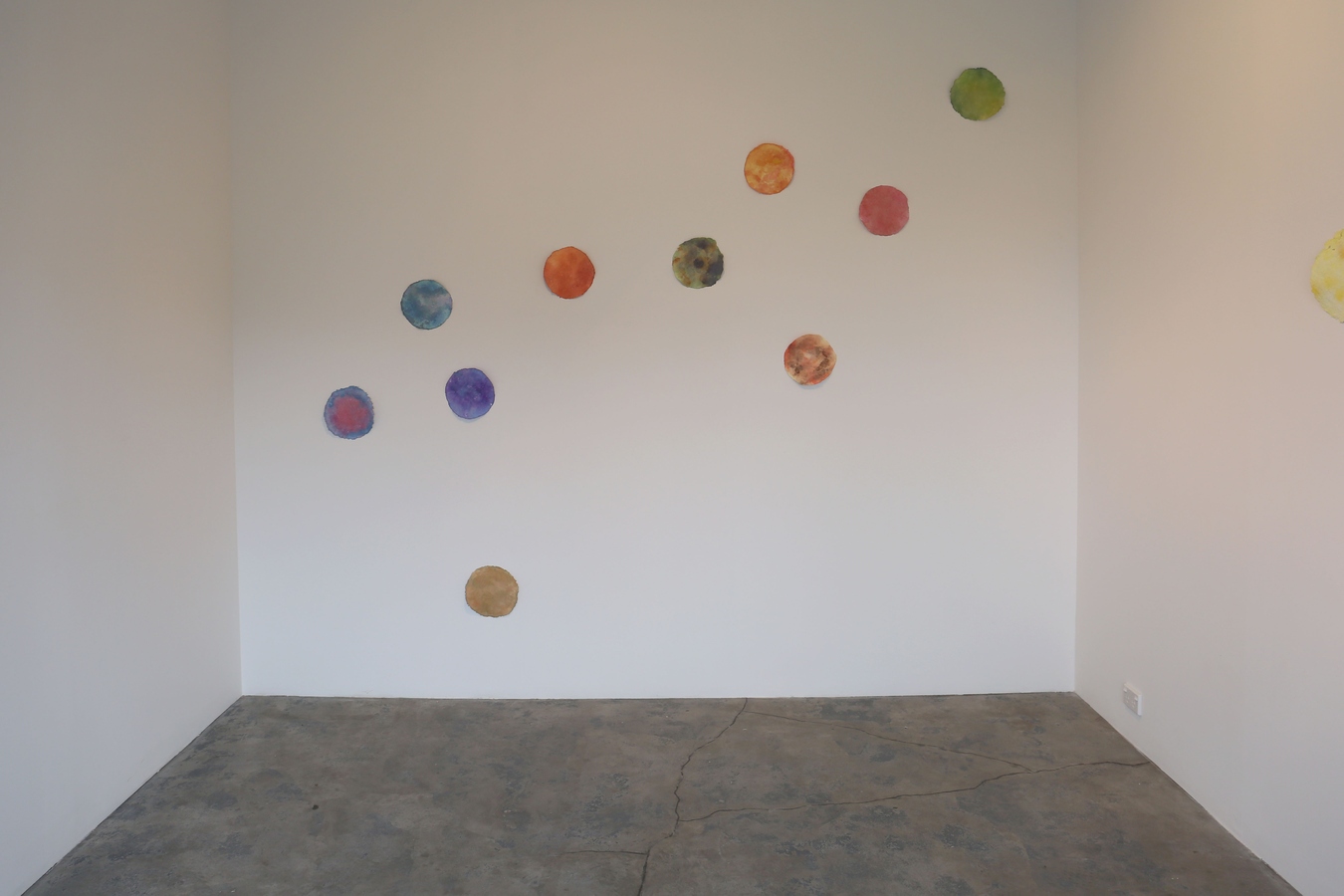 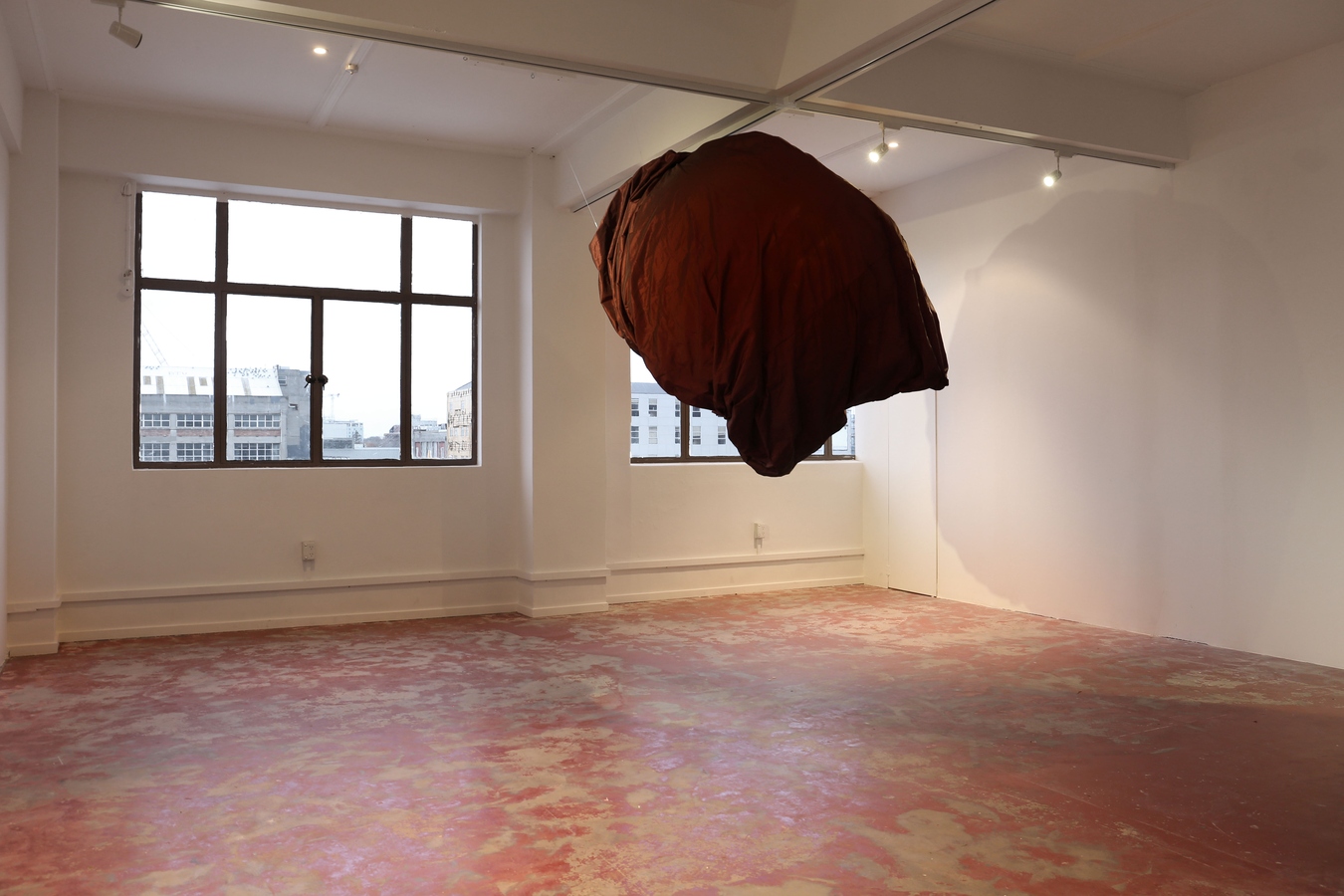 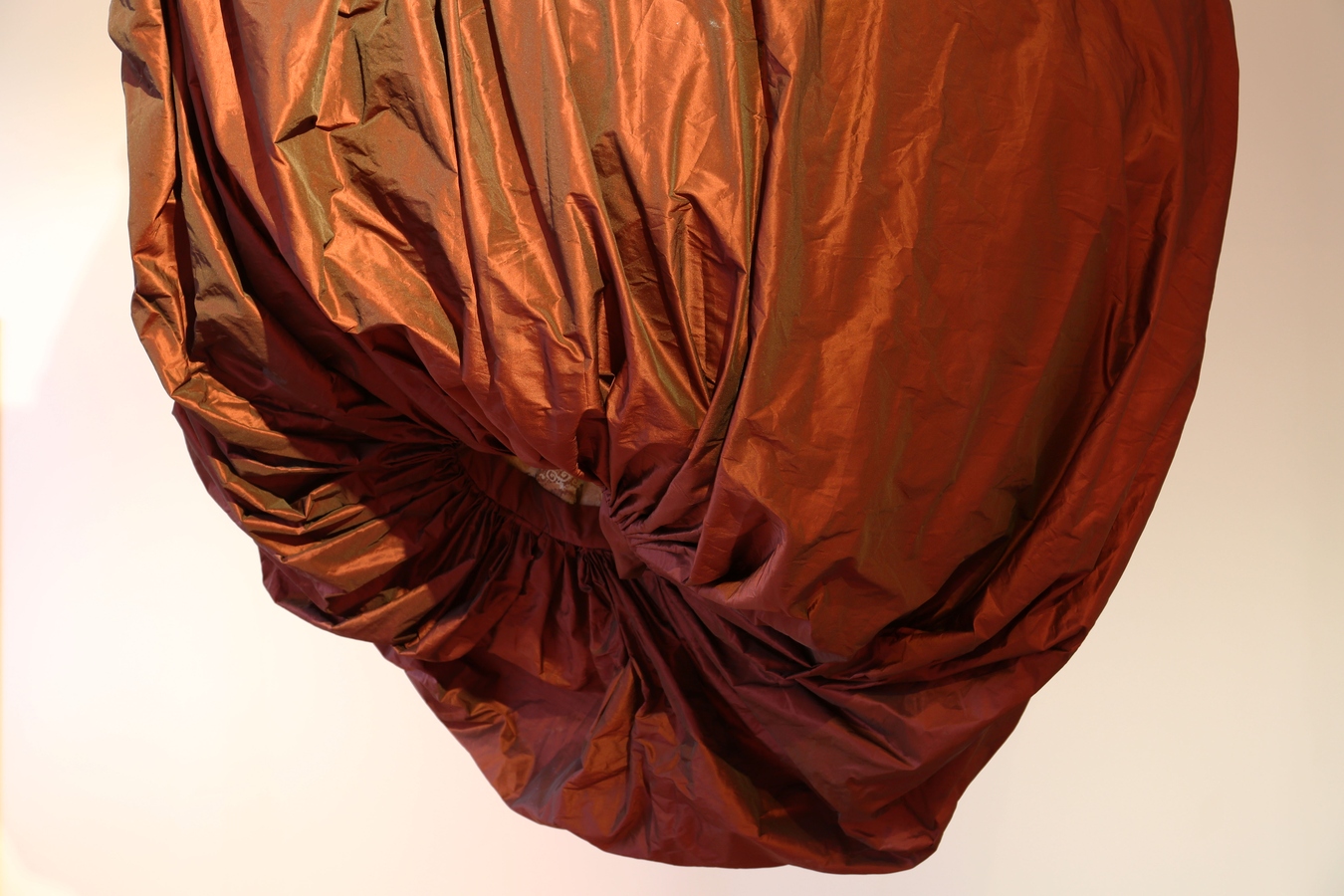 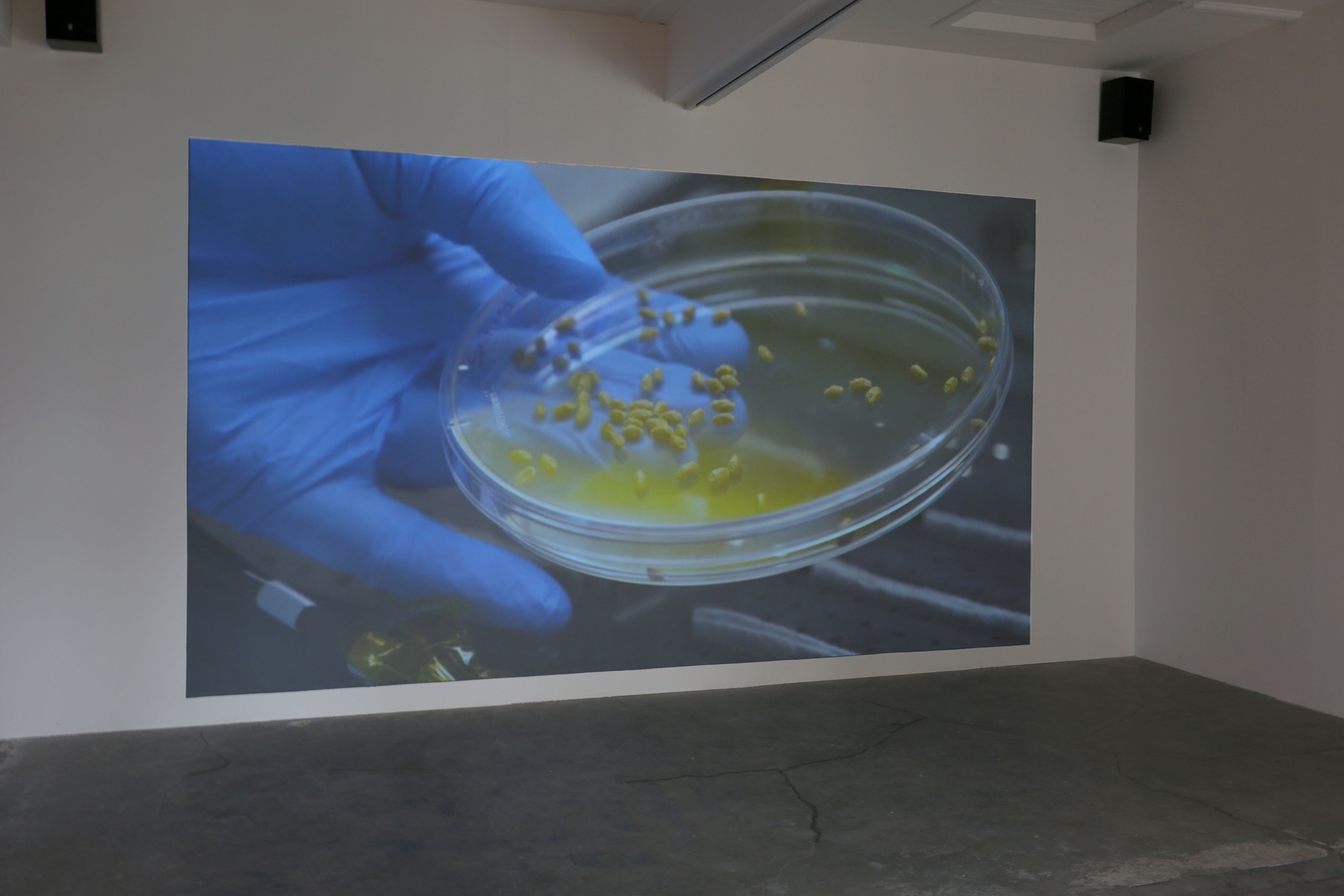 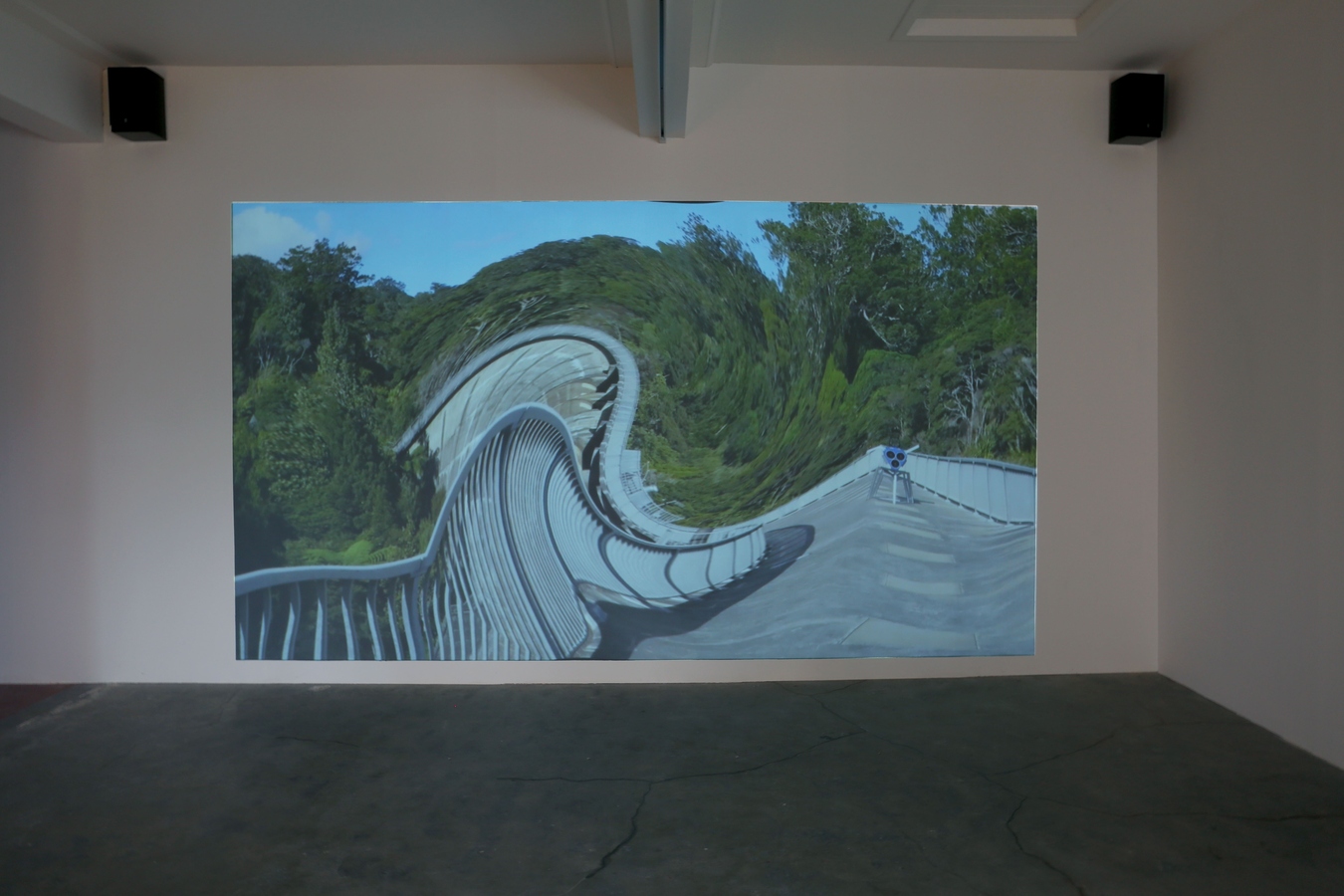 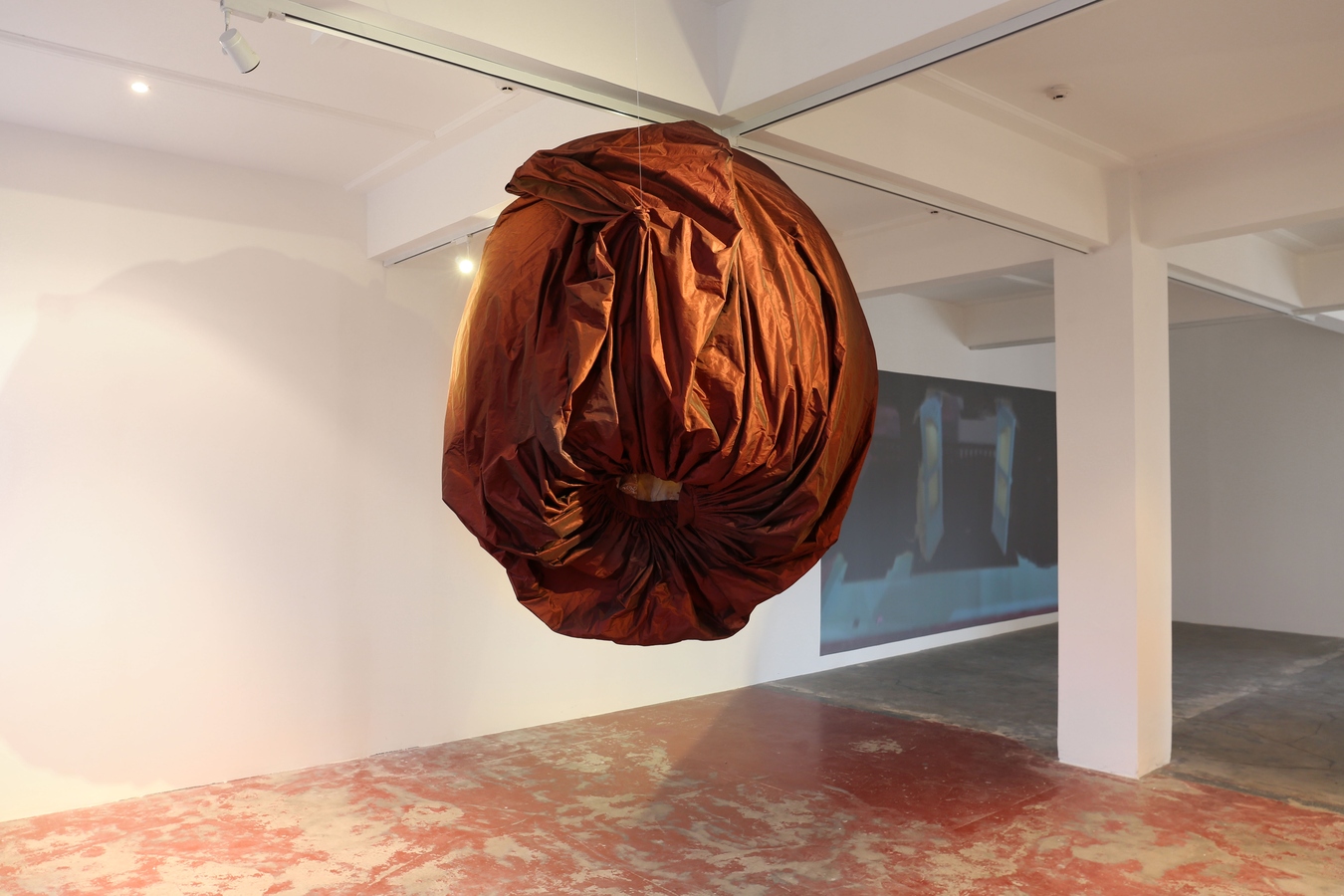 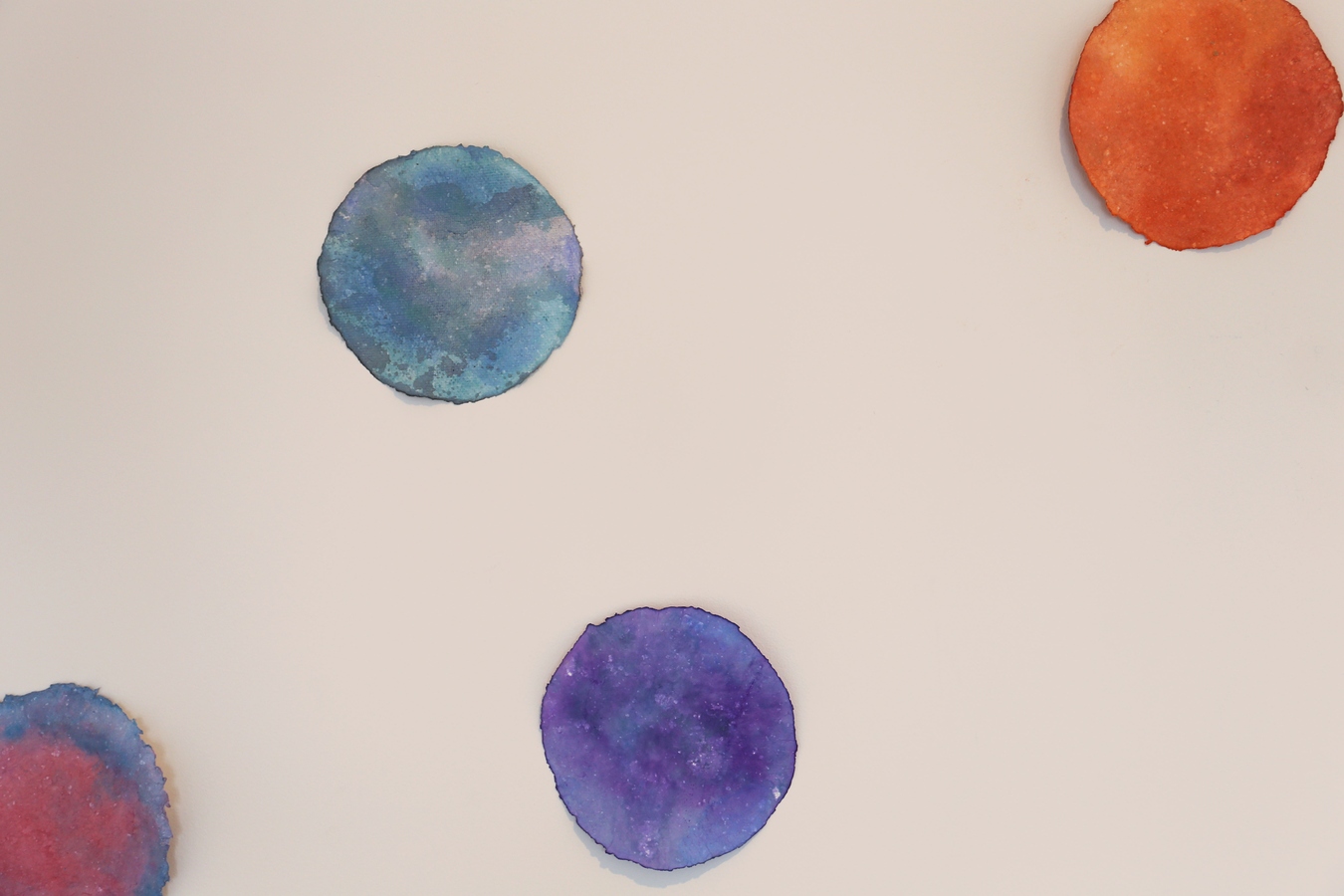 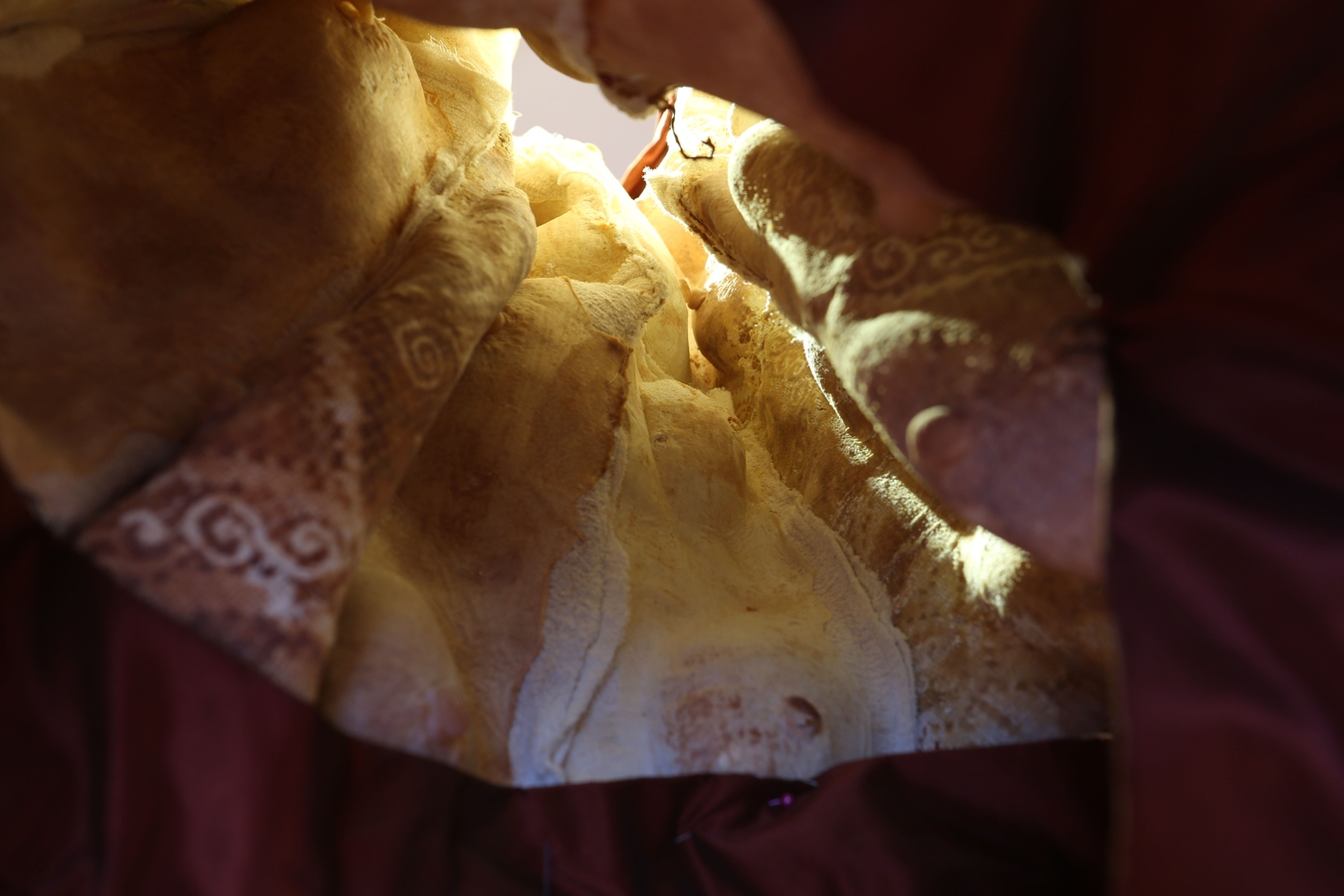 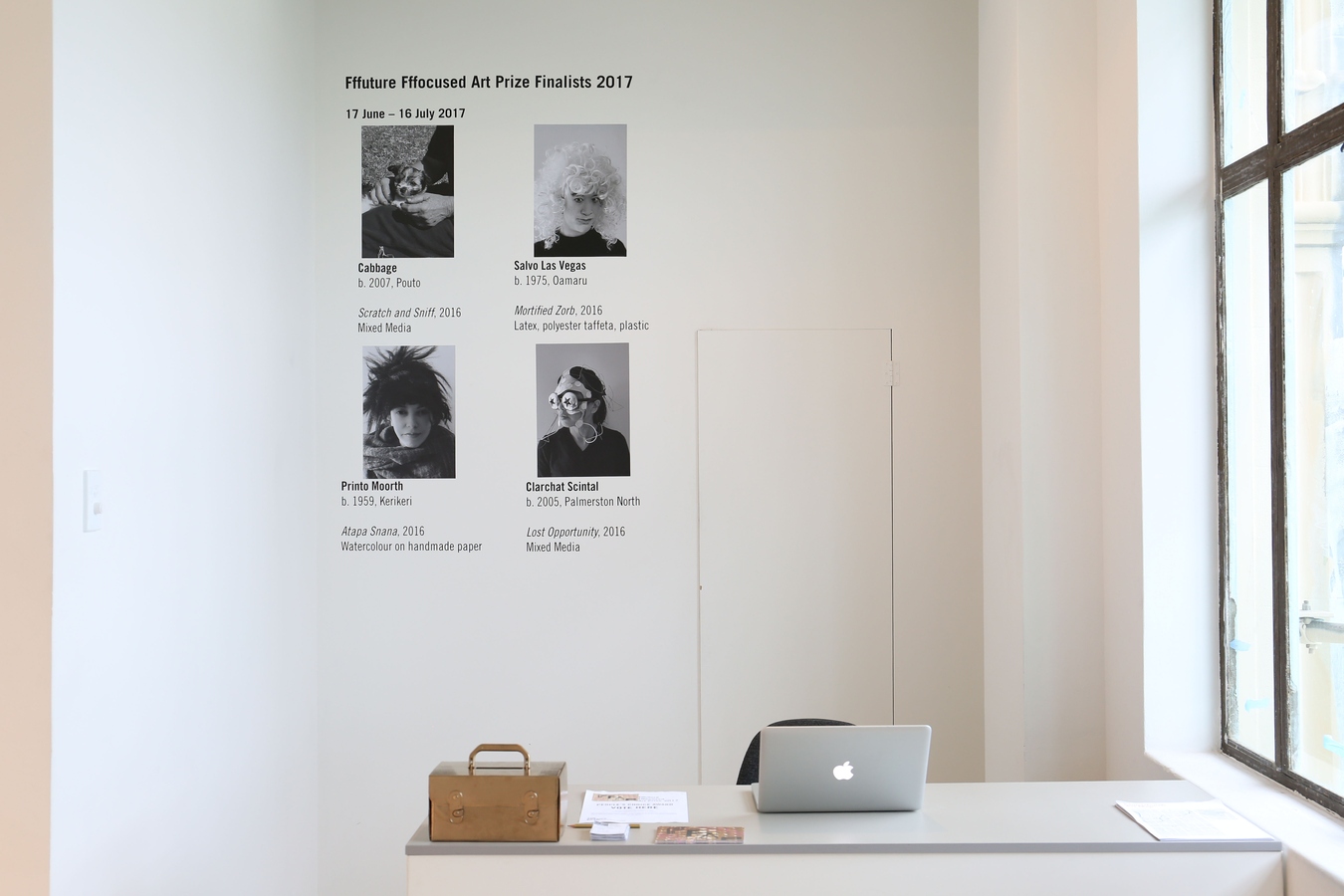 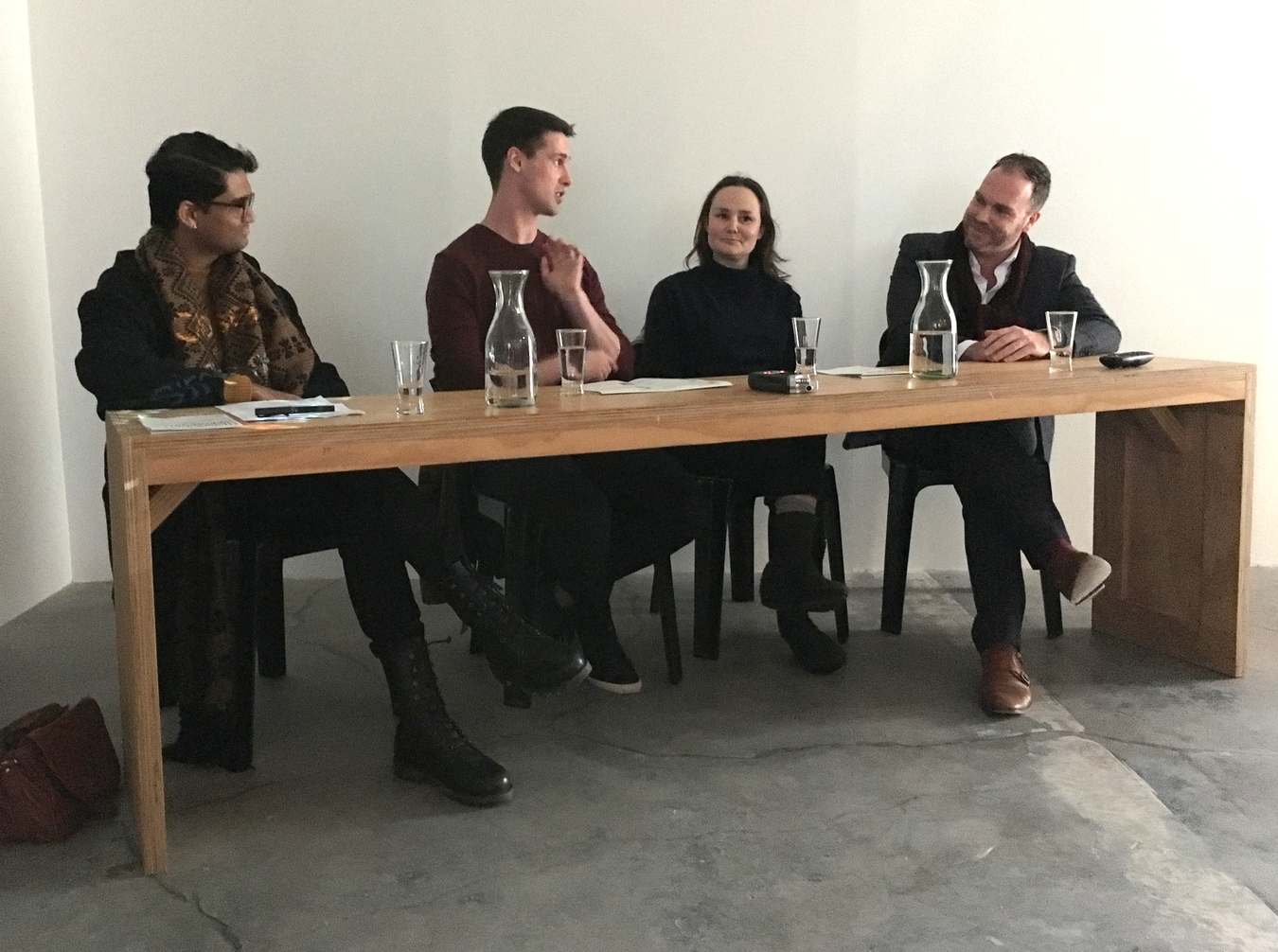 A panel of curators/ writers discuss the work in FFAP. From left to right; Balamohan Shingade, Francis McWhannell, Sophie Davis and Jamie Hanton. 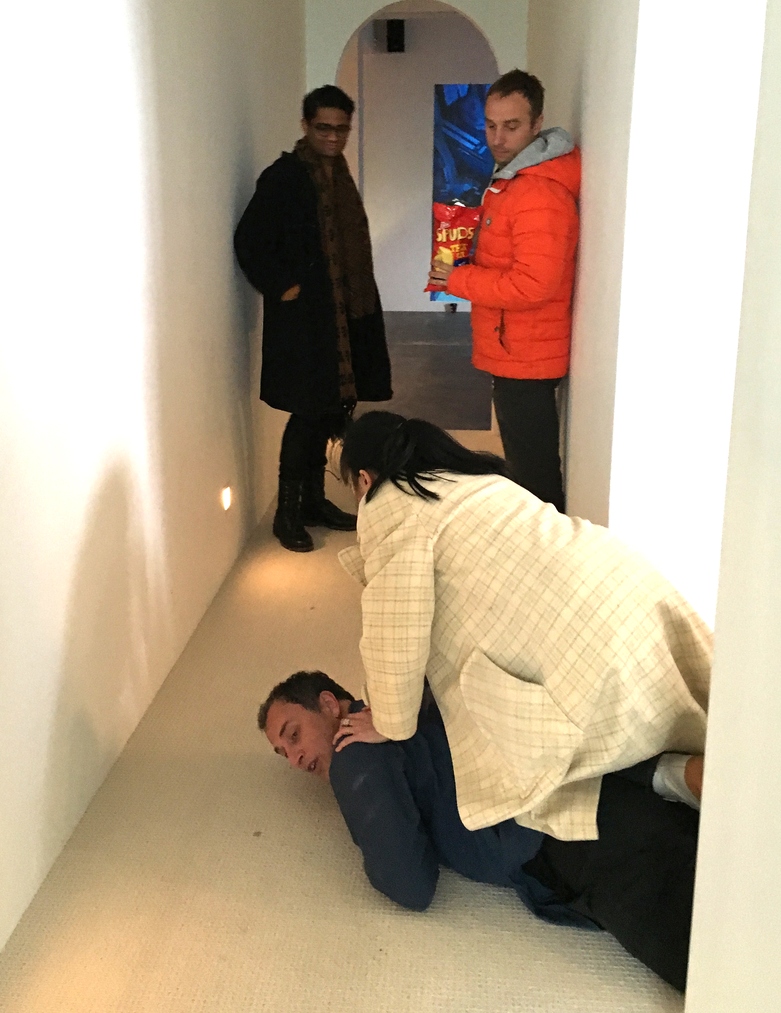 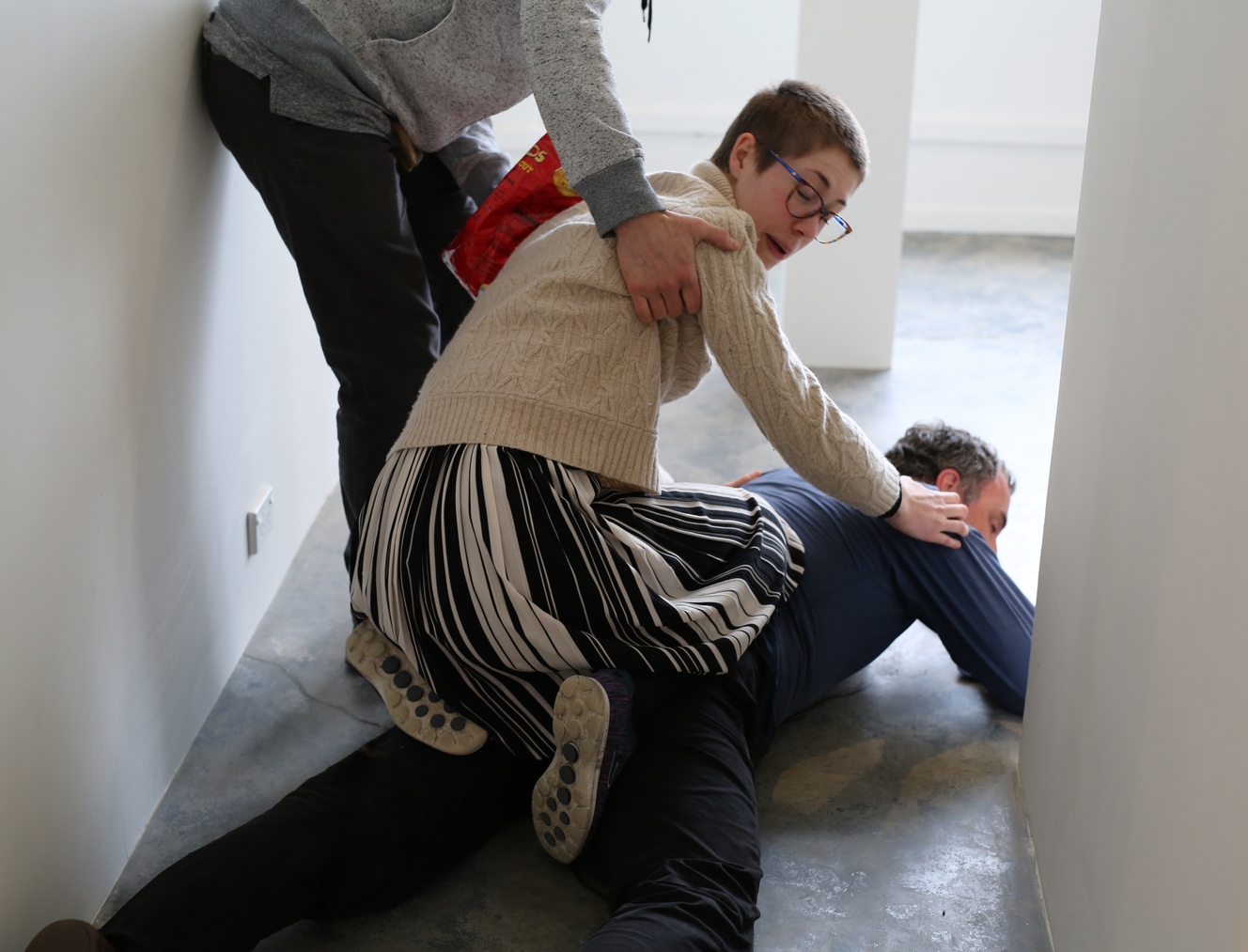 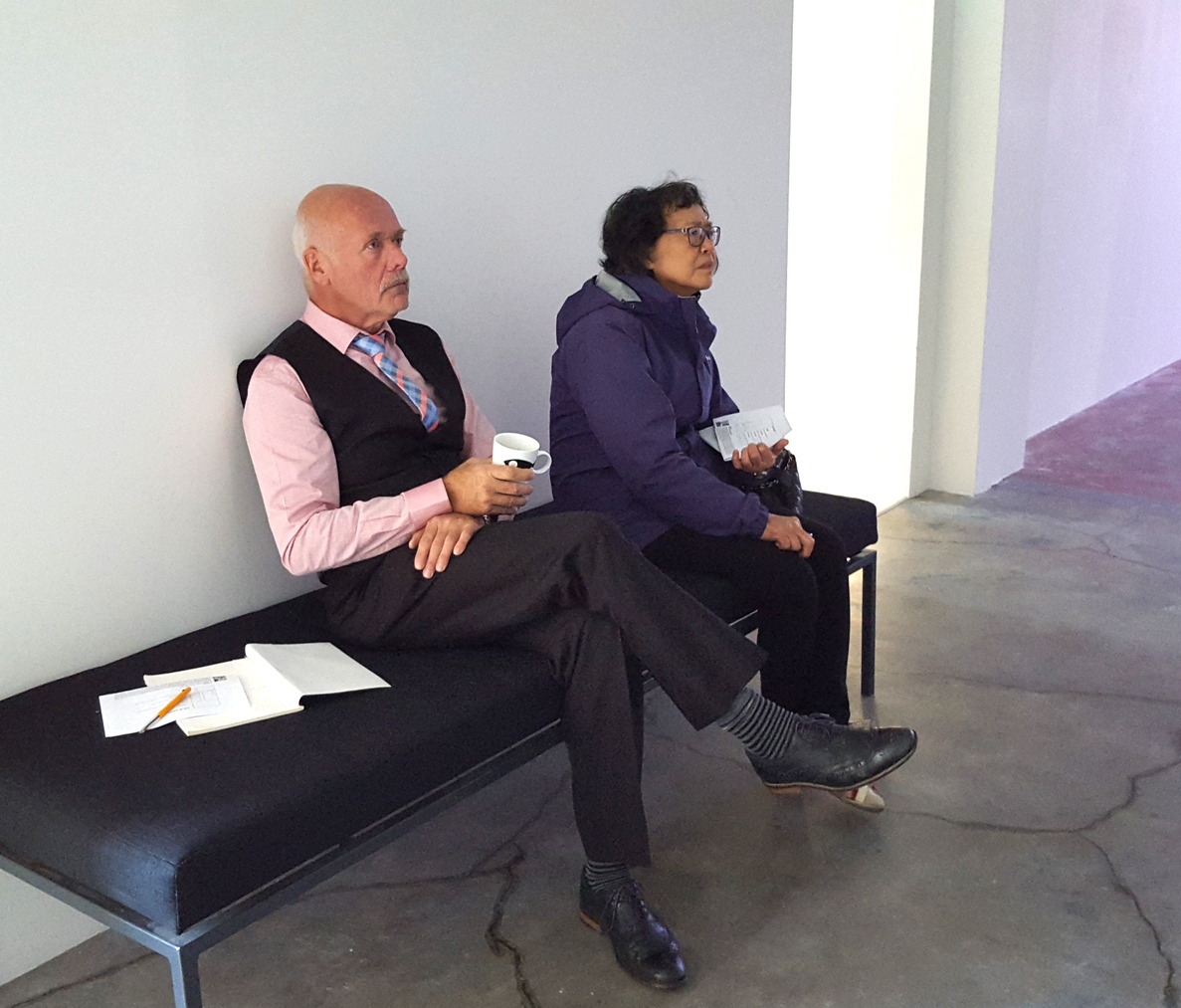 Roeland Simons and Serene Hu in the midst of an intense judging process. 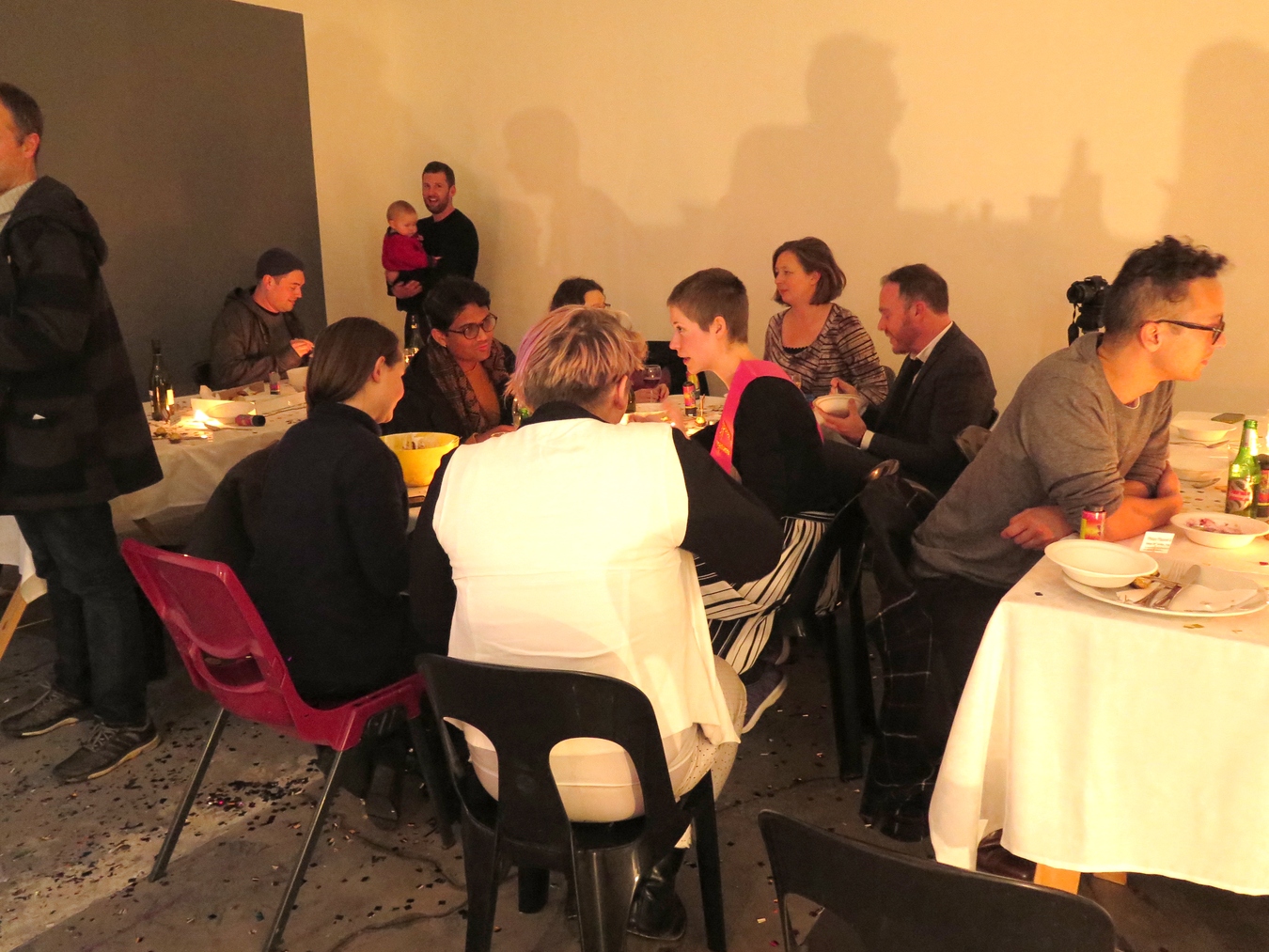 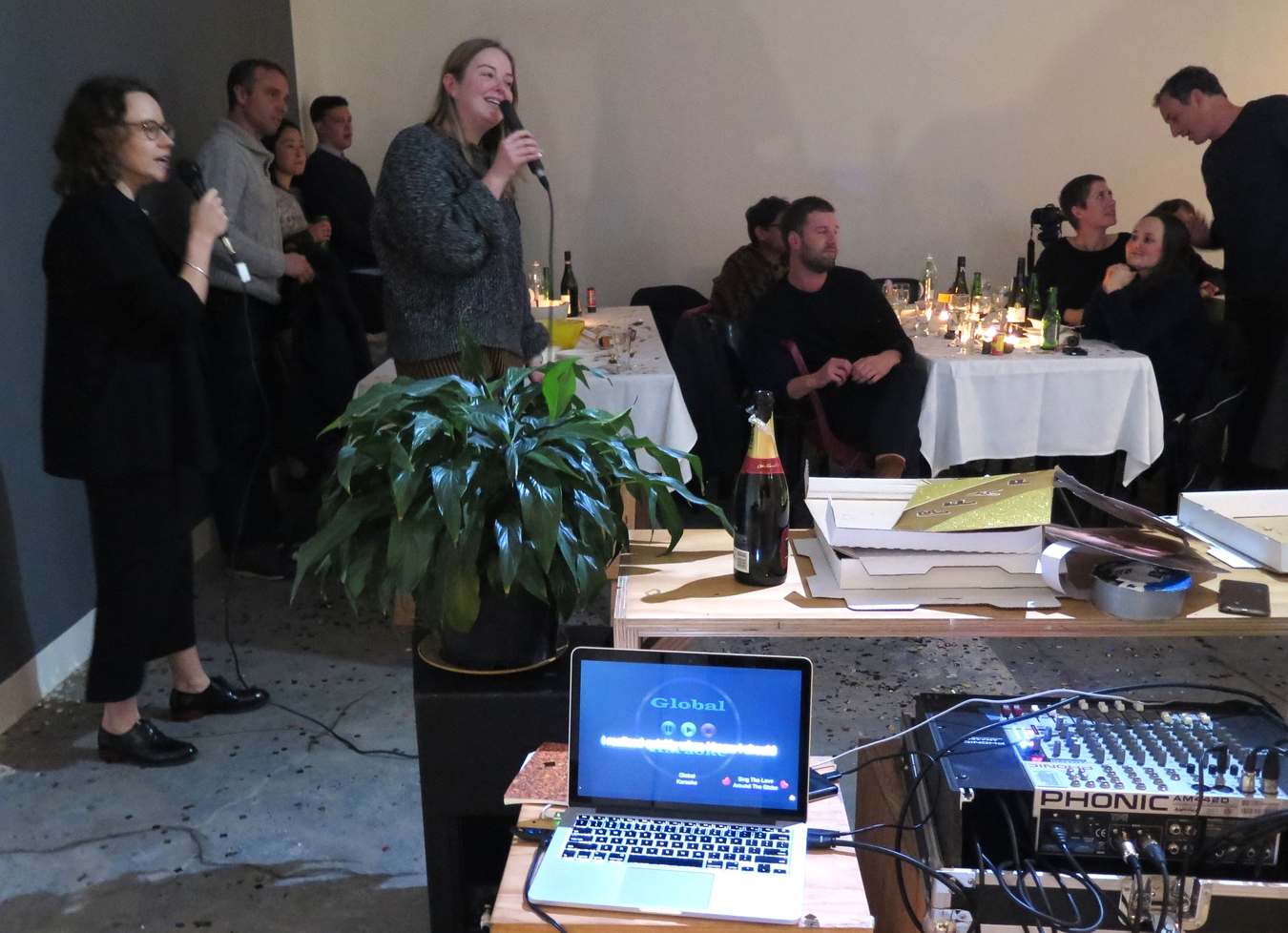 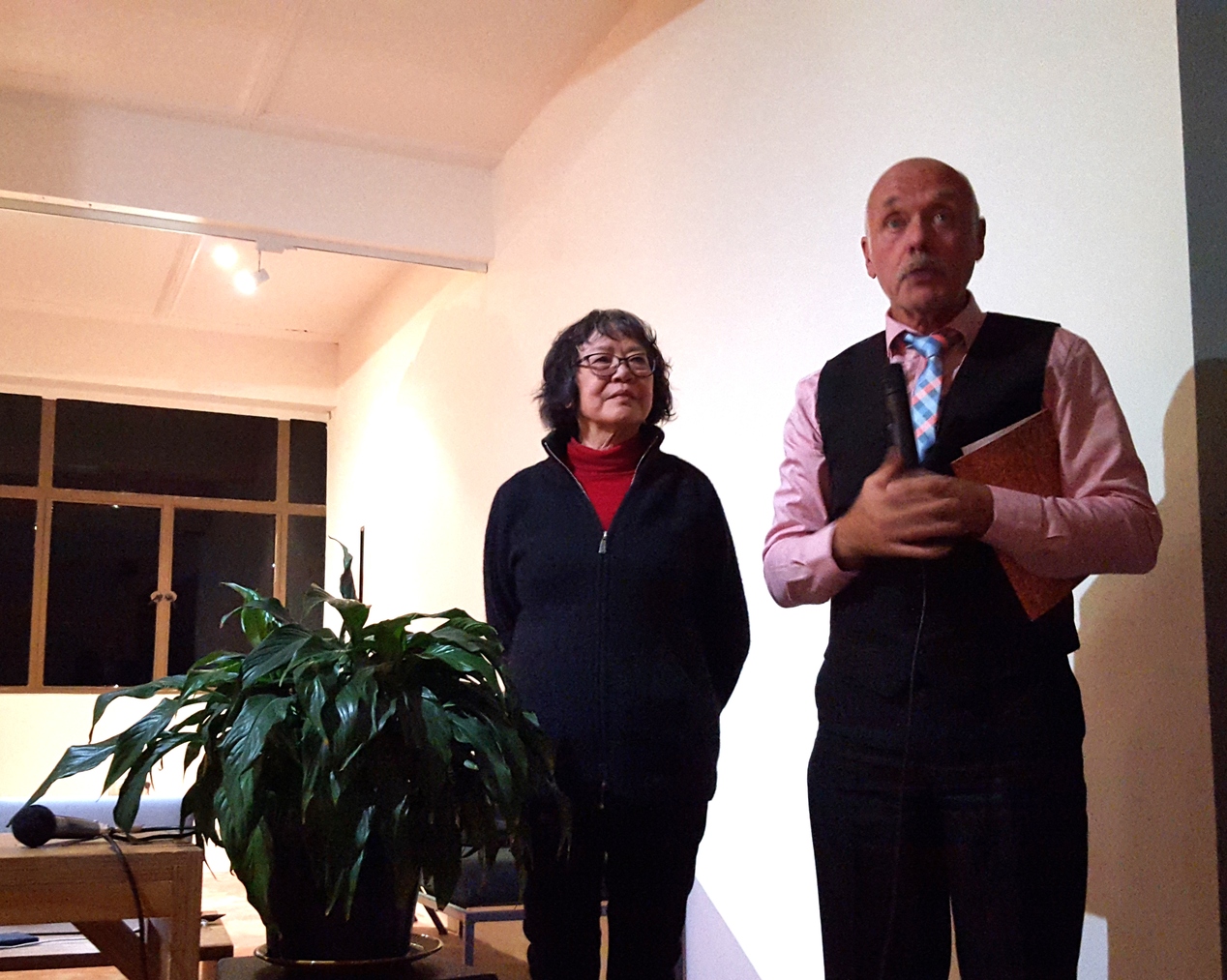 FFAP Judges, Roeland and Serene deliver a moving speech about each of the finalists, Serene revealed she was “... encouraged by the quality of the work in this exhibit...I didn’t expect it to be of such high calibre.” 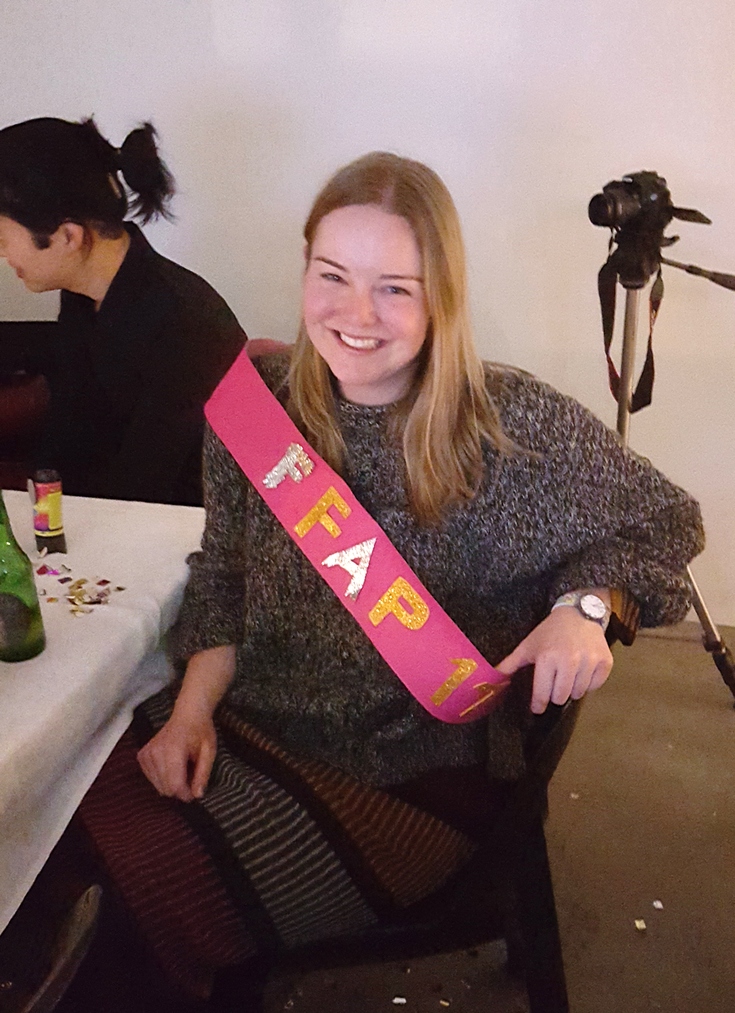 Hope Wilson, Assistant Curator at the Physics Room, is pictured smiling as she wears the official FFAP 2017 sash. 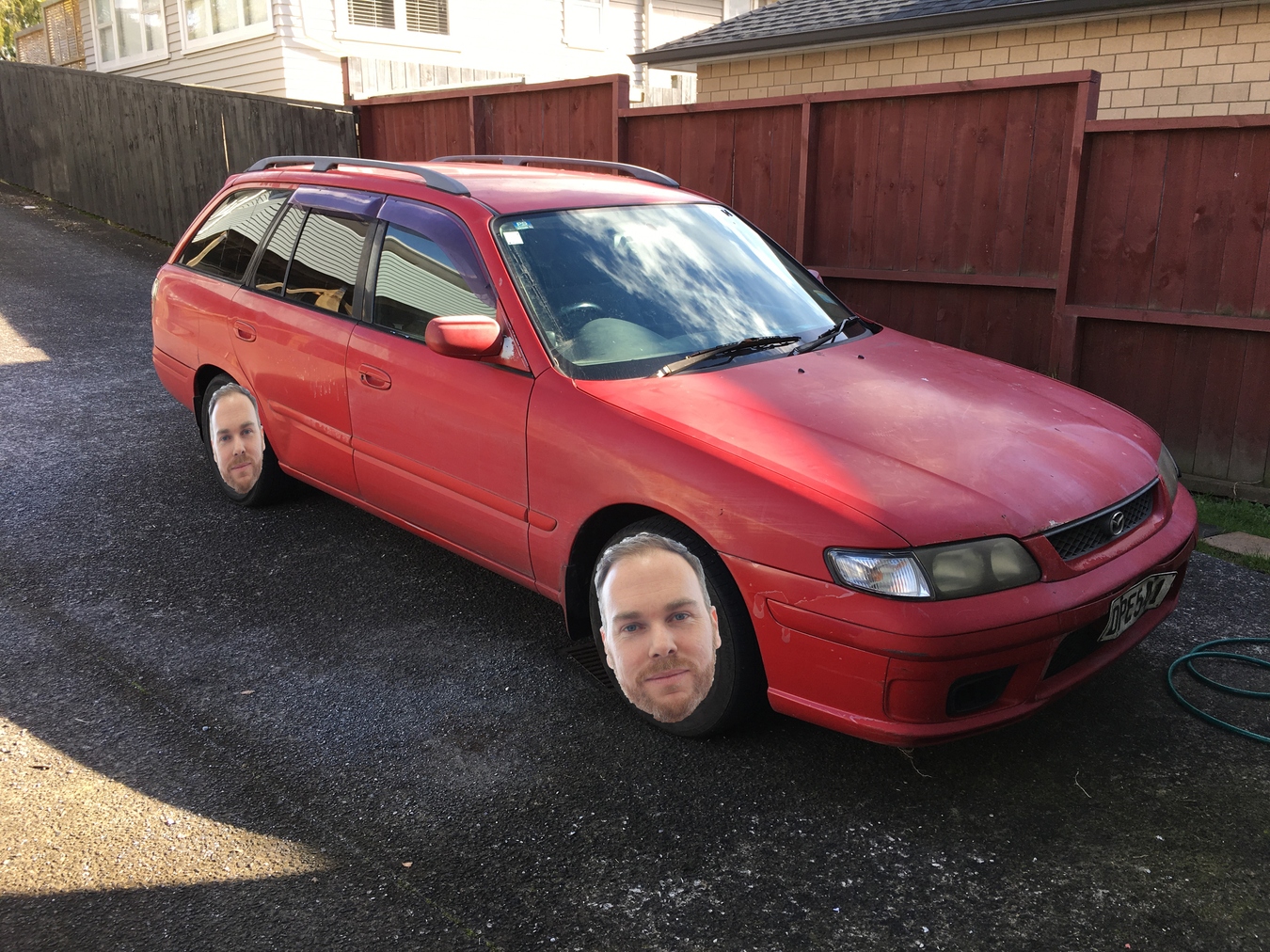 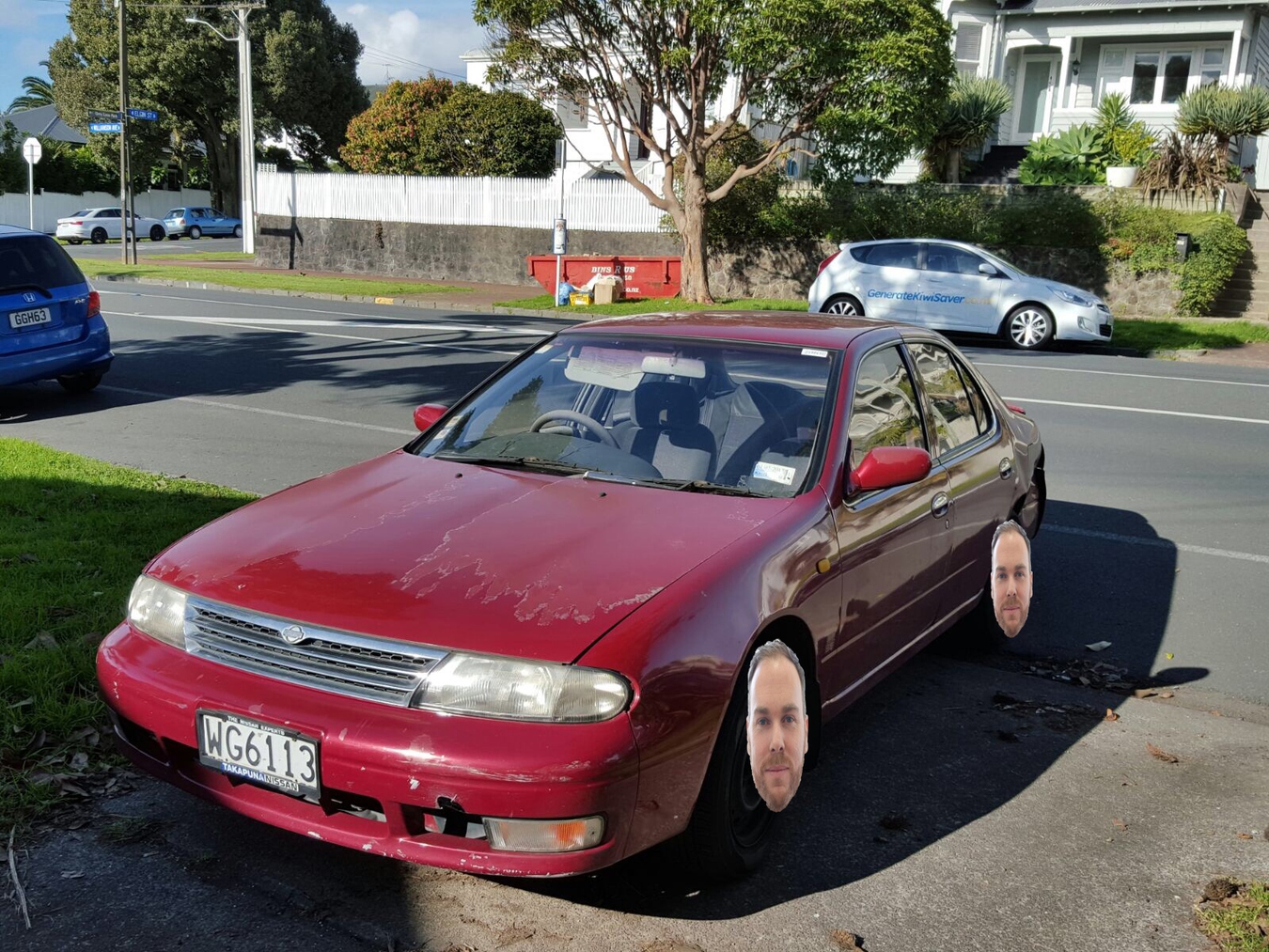 The Physics Room is pleased to announce the inaugural Fffuture Fffocused Art Prize (FFAP), aiming to inspire the nation’s artists to engage with the all-important concept of the future.

“The concept of the future is both exciting and difficult, at once packed with meaning and potential meaninglessness”, say artistic duo Riff Raff, who were commissioned by The Physics Room to organize the prize. “Any investigation into the future will contain elements of both research and speculation…we’re interested to see how artists respond to this particular set of challenges.”

The Physics Room Director, Jamie Hanton, says the FFAP offers a superb opportunity for emerging artists to exhibit in a professional gallery space, with the Supreme Award including a 6-month unpaid internship at the gallery. Given the limited funding available to the project, the prize pool will be supplemented with various items from Riff Raff’s own personal effects, including a 1997 Nissan Bluebird and 1999 Mazda Capella.

Applicants were submitted through an anonymous nomination process, and were then blind assessed by Riff Raff. “We were impressed not only by the high quality of the submissions, but also the incredible range of practices at play, spanning painting to performance and beyond”, they said.

Hanton is excited by the duo’s selections. “Despite their limited curatorial experience, Riff Raff have pulled together a combination of artists who provide rigorously unique interpretations of ideas of the future, and, in some cases, what such a future or futures might look like. I’m looking forward to working with them to present and support the work in a way that maximizes engagement for both artists and the general public.”

The judges for this year’s prize are Serene Hu, a former GP, and Roeland Simons, currently the national construction manager at McDonalds. “Art is for everyone”, says Hanton. “We thought it was important to include the voices of those who don’t come from an art background. Serene and Roeland both have a wealth of life experience that will make their final decision no less relevant and all the more interesting.”

The winner will be announced at an awards dinner on 1 July, following a curator panel discussion with Sophie Davis, Jamie Hanton, Francis McWhannell and Balamohan Shingade at the gallery at 2pm.

Northland artist and nurse, Printo Moorth, has won the inaugural Fffuture Fffocused Art Prize (FFAP), as announced at an awards dinner at The Physics Room on Saturday 1 July.

Their work, Atapa Snana, comprises a number of circular watercolours of the sun painted on handmade paper, which Moorth believes can have a therapeutic effect on viewers.

Judges Serene Hu and Roeland Simons said they were impressed by the calibre of the work on show but came to a decision fairly quickly. Said Simons, “With my construction background, I saw the works as building blocks, and related to the building industry, and with your [Serene’s] medical background, you thought about cell structures and looking under a microscope.”

“There is a raft of things that you digest as you go into the room… microscopic levels, combinations of colours and shapes, looking at it as a satellite or universal structure… We thought, this is so simple, yet so complex.”

Moorth first started painting as a means of dealing with the rigors of volunteering in South Sudan. In response to winning, they said, “I’m very humbled … I’m just happy to have the opportunity to show my work. And all I want is for people to see my work and to feel a bit better, about themselves, and the future. I believe Balamohan, [Balamohan Shingade who spoke earlier in the day at the panel discussion], and I are kindred spirits, I, too, think the future is bright and positive.”

The prize package includes a 1997 Nissan Bluebird, a 1999 Mazda Capella, and a six month unpaid internship with Director of The Physics Room, Jamie Hanton. Hanton says that “although the organisation probably could have benefitted more directly from Clarchat Scintal’s clairvoyance, or Cabbage’s canine charms” he is nonetheless looking forward to “having a restorative and rejuvenating presence in the office.”

The FFAP was established by Riff Raff, a collaborative artist duo comprised of Li-Ming Hu and Daphne Simons, with the aim of inspiring the nation’s artists to engage with the all important concept of the future. Following a critical review from Warren Feeney in EyeContact, in which the project was described as “little more than a prank for its own sake”, it is as yet unconfirmed whether the prize will be offered again next year.

Cabbage has taken out The People’s Choice Award with a landslide victory. As one member of the public mused “Experiencing the sensory stimulation of Cabbage’s work evokes strong feelings of love and warmth on canine adventures.” Another member of the public suggested that Cabbage is “breaking the boundaries of the human-canine hierarchy.” Cabbage has been awarded the Curatorial Intensive Weekend in Tairua, with the Artistic Duo Riff Raff

The digital realm is simultaneously perplexing and enticing for Cabbage. What does it mean to be canine in a digital age? Cabbage’s work deals with the alarming absence of odour in the advancement of digital technology. In canine society, objects without a scent are not considered real. Even inanimate objects carry smell-traces picked up through their lifetime of interactions. This dogged investigation into the digital naturally raises another issue: how are animals currently represented online? Cabbage opens the door to a multi-sensory, vital, and animistic environment, beyond our limited anthropocentric understanding.

Salvo Las Vegas’ sculptural investigations explore the possibilities of replication and the interfaces between handmade and industrial processes. The incongruities revealed in these processes are integral to Las Vegas, who believes the imperfections foreshadow a kind of ultimate material strength that can only arise out of mutation and sheer quantity. Their consistent pairing of anatomical forms with mass produced recreational objects brings to mind questions around over-population, natural selection and the future of material industry and production.

Moorth undertook nursing training at Northtec, Whangarei and went on to complete graduate studies at the University of Southampton, UK. It was during their many years of voluntary field work for Medicins sans Frontieres that Moorth took an interest in painting and its healing potential. Given Moorth’s intimate experiences with the human body in all its states; damaged, diseased, in repair. It’s been recently suggested that Moorth’s paintings have a way of communicating directly with the viewer’s nervous systems rather than language-based systems of understanding. We know the human body reacts in unexpected ways to environmental factors and visceral imagery. But what is most keenly felt, when face-to-face with a Moorth painting, is resounding respite.

Scintal’s explorations of the paranormal, via custom made hardware built by their parents, offer an idiosyncratic attempt to introduce a fourth dimension into art making. Their visionary practice uses the body as a conduit for the future, inhabiting a tenuous artistic position between time-based media and psychic performance. The selection panel are unfazed about the controversy surrounding Scintal’s work, stating that the questions it raises around authenticity, authorship, and the increasing prominence of technology in art, only increase the work’s intrigue.

Riff Raff originated as a semi-imaginary artist-run space started by Li-Ming Hu and Daphne Simons in mid-2016. Previous projects include: Trust Us, Enjoy Public Art Gallery, Wellington, 2017 and Are We There Yet?, Glovebox, Auckland, 2016. 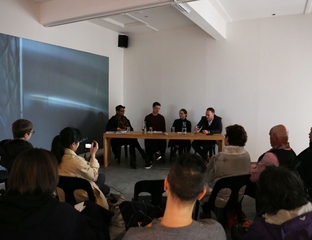 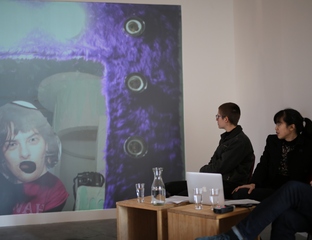