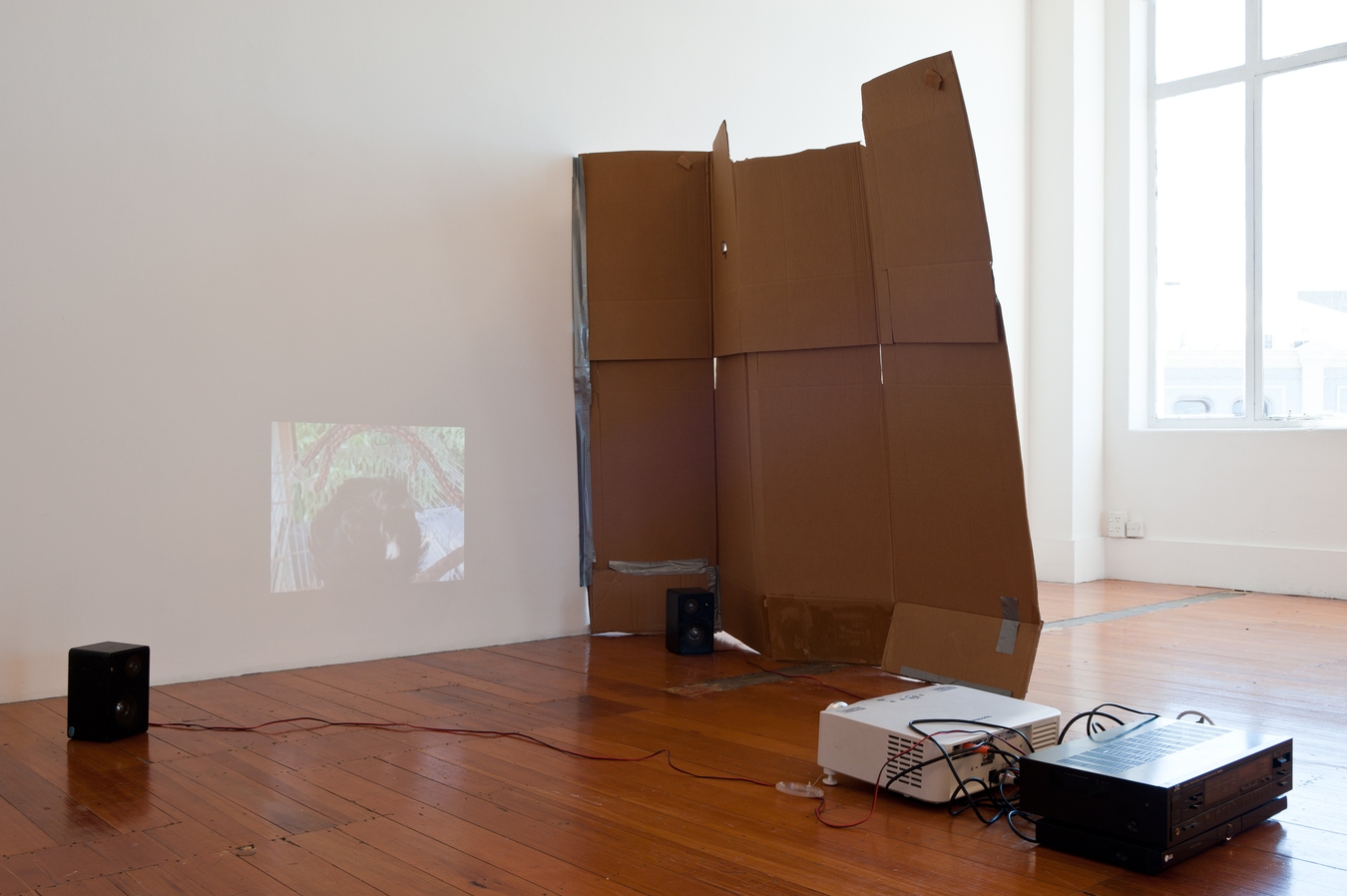 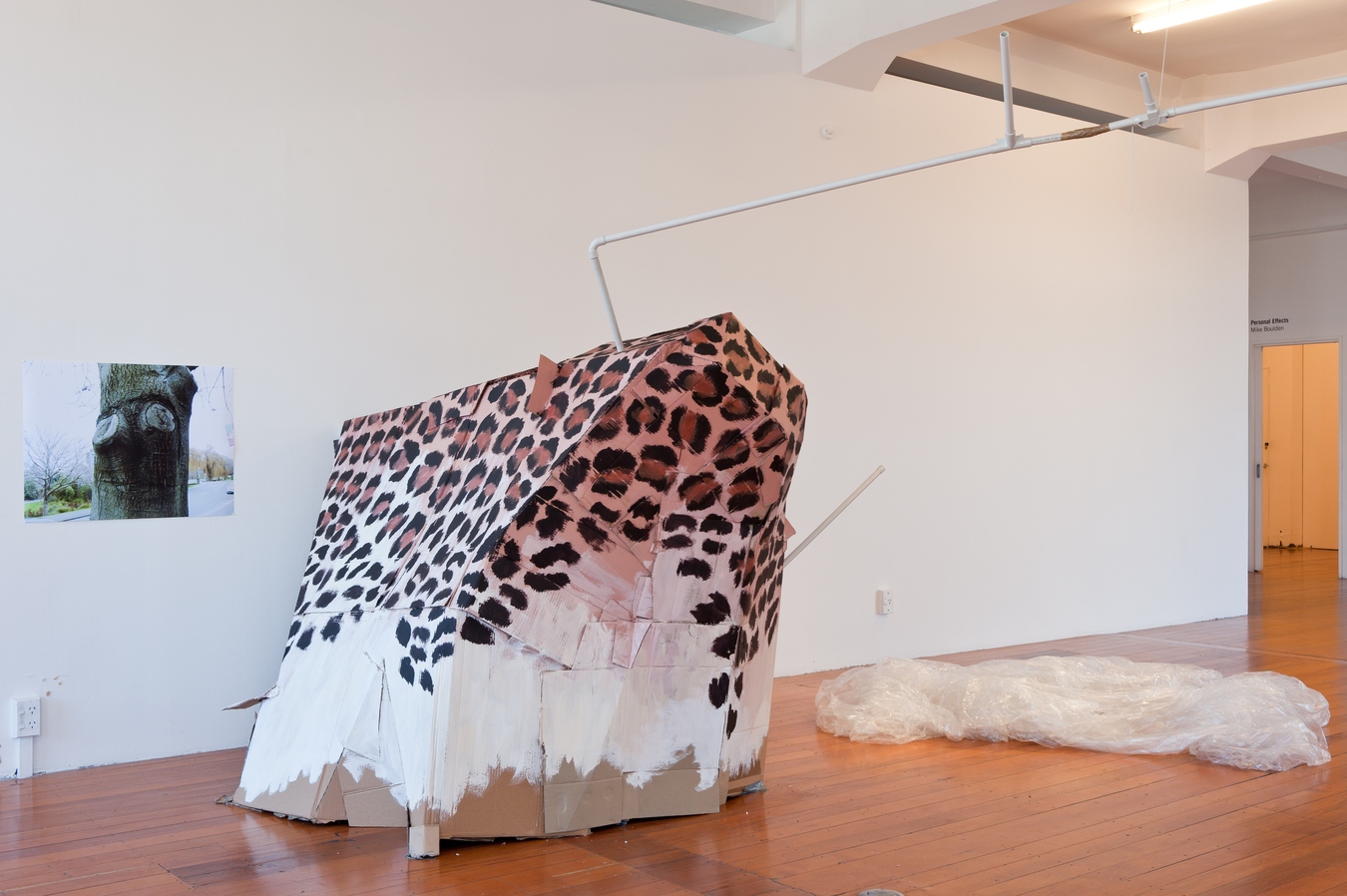 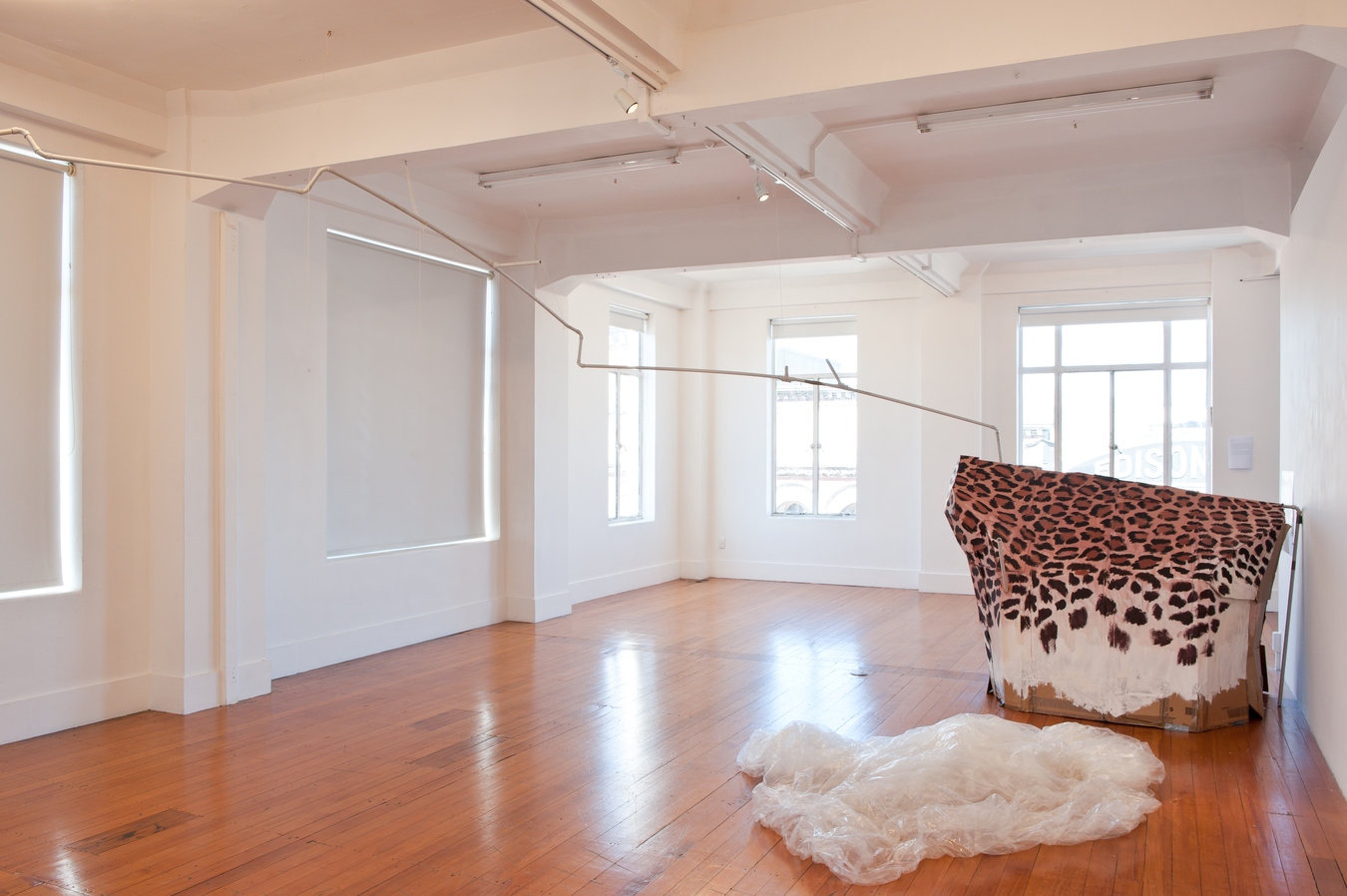 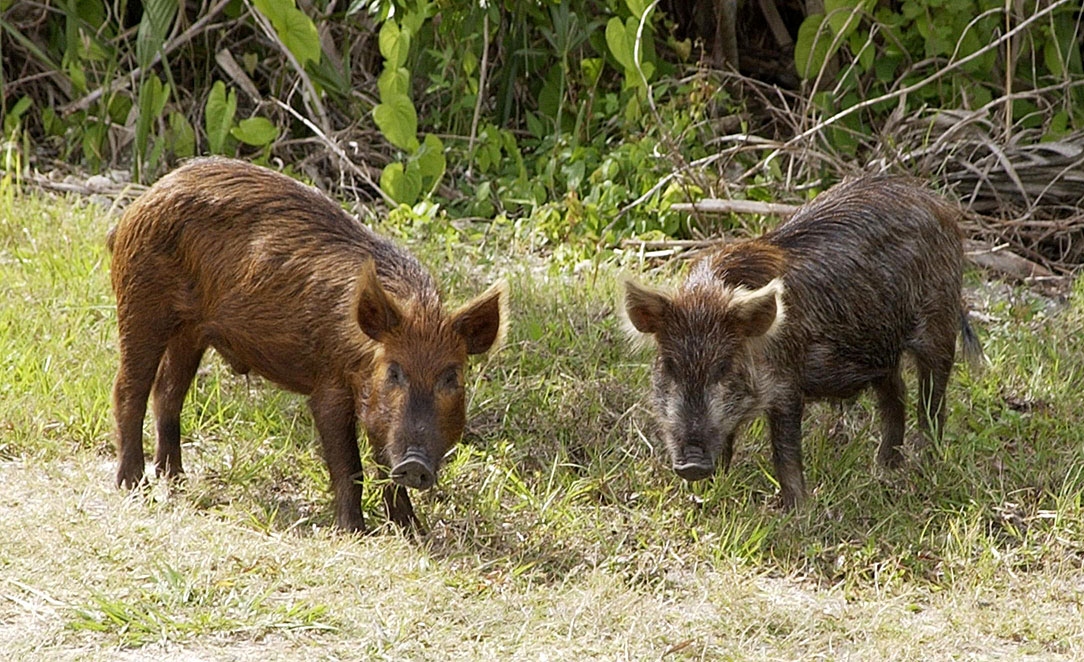 Hard Problem, hermeneutic prophecy joint and glowing hive-mind grotto, Humans is a resonant mobilizing of Simon Lawrence’s psychic back catalogue, its cardboard ecologies, coarse portals and PVC transfers channeling the 5th dimension Arcturian Fortress and conferencing with a ruffled, curatorial Tui whose Ja Rule baritone is both sagacious and sardonic in its videoed manifestation. Assaulting the delicacy of the air and feeding onto the space chords, Lawrence’s cellular rift sets up an intro- and outro-spective taunt: Before your planet is granted intergalactic status, you’ve got to begin to think and act in morphic, resonant coherence.

Simon Lawrence is an artist based in Christchurch. Graduating from the University of Canterbury School of Fine Arts, he has consistently shown throughout New Zealand including: Architecture for the Nation, ARTSPACE (2008); Telecom Prospect, City Gallery Wellington (2007); Another Destination, Christchurch Art Gallery (2007); and Break: Construct, Govett-Brewster Art Gallery (2006). In December Simon will travel to Denmark as the 2010 recipient of the COCA Guthrey Travel Award.