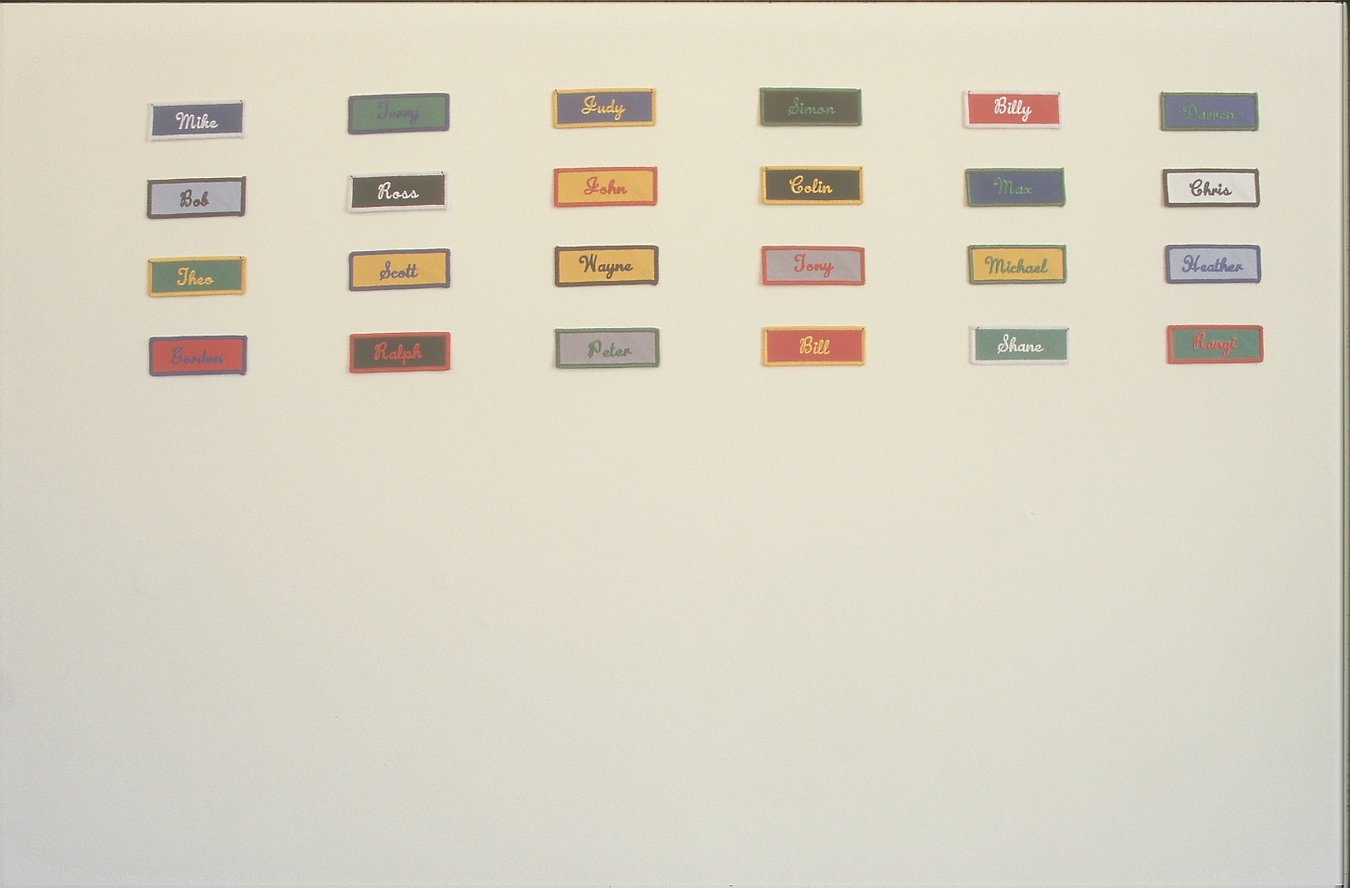 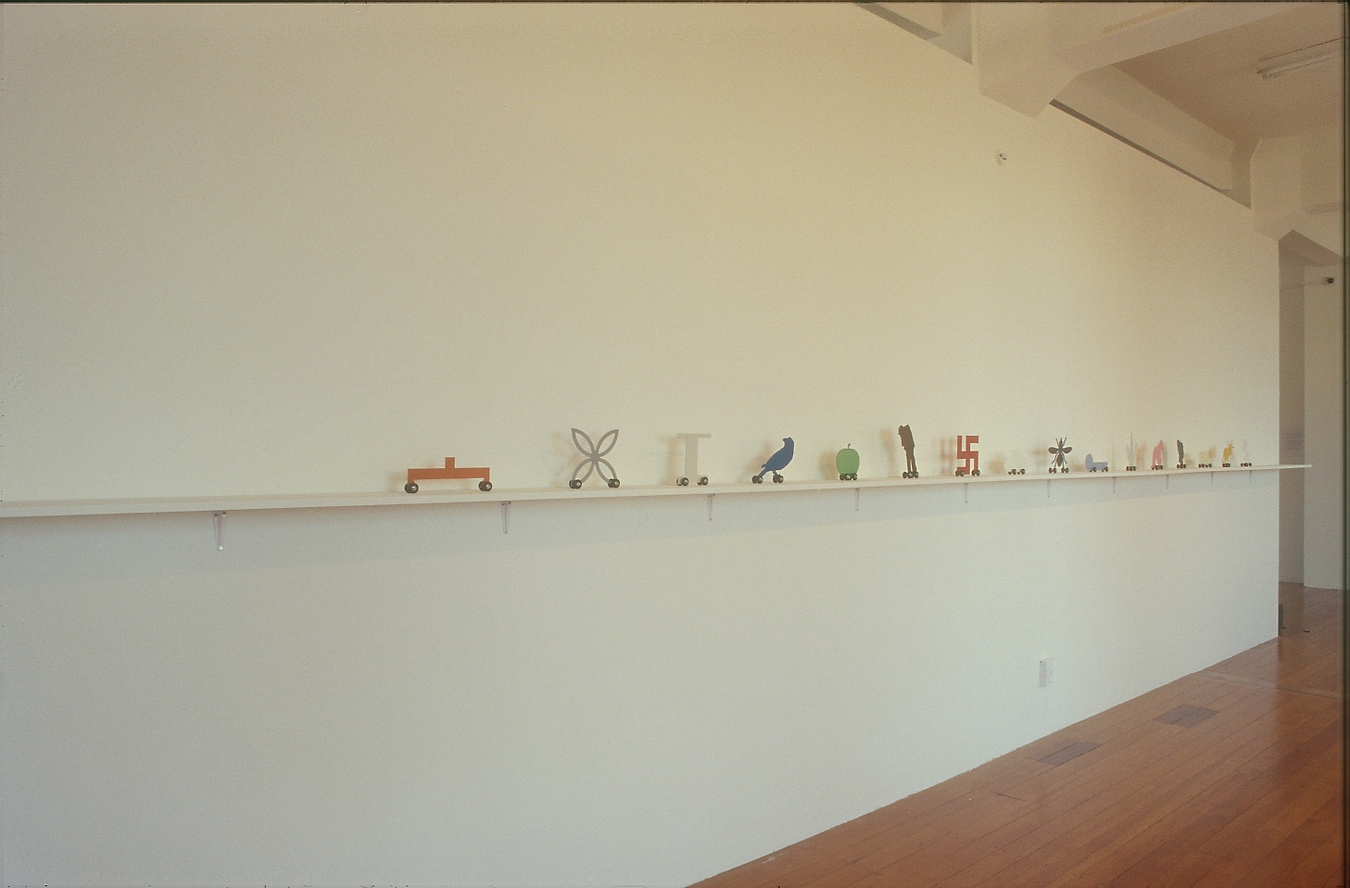 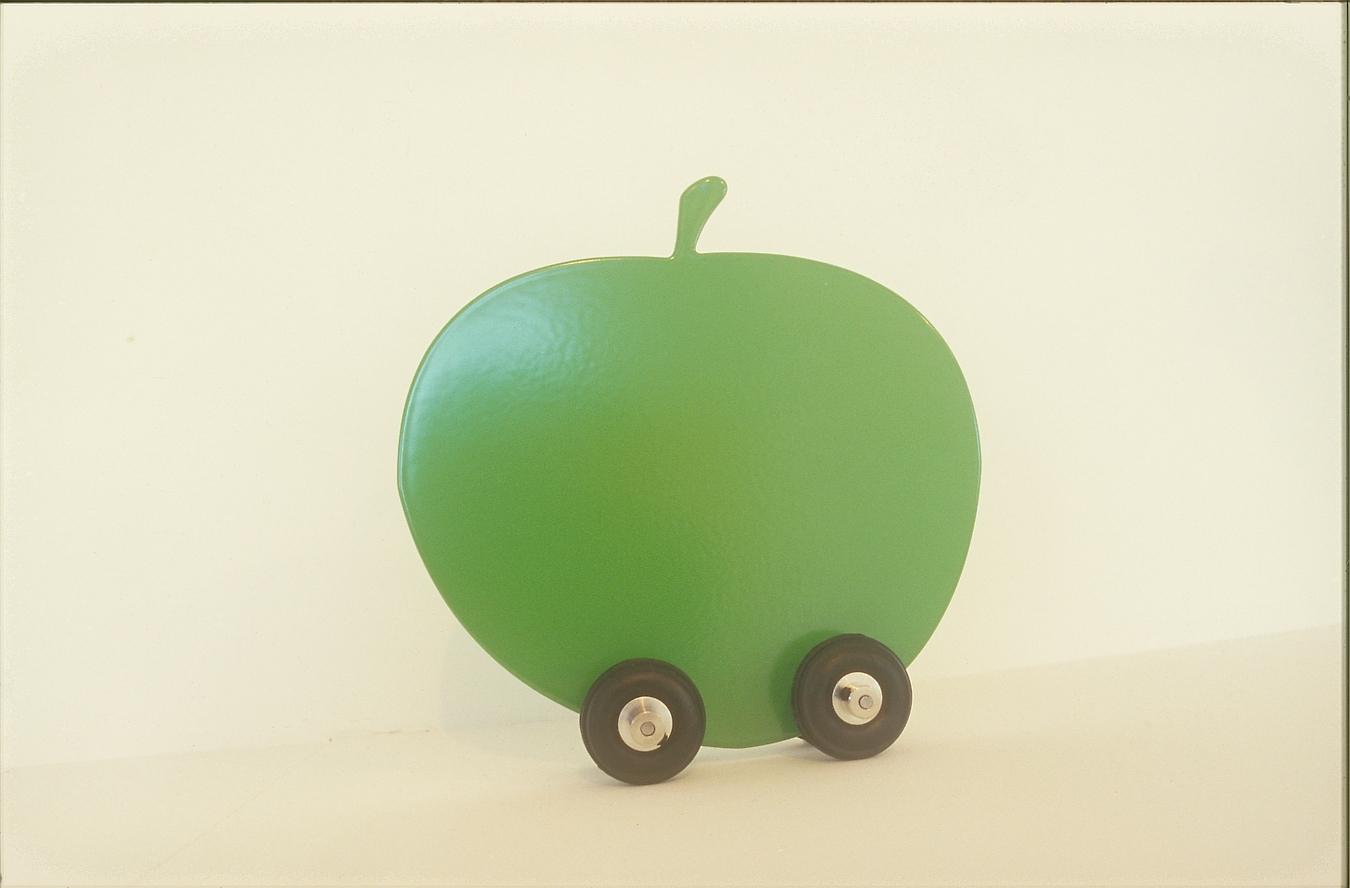 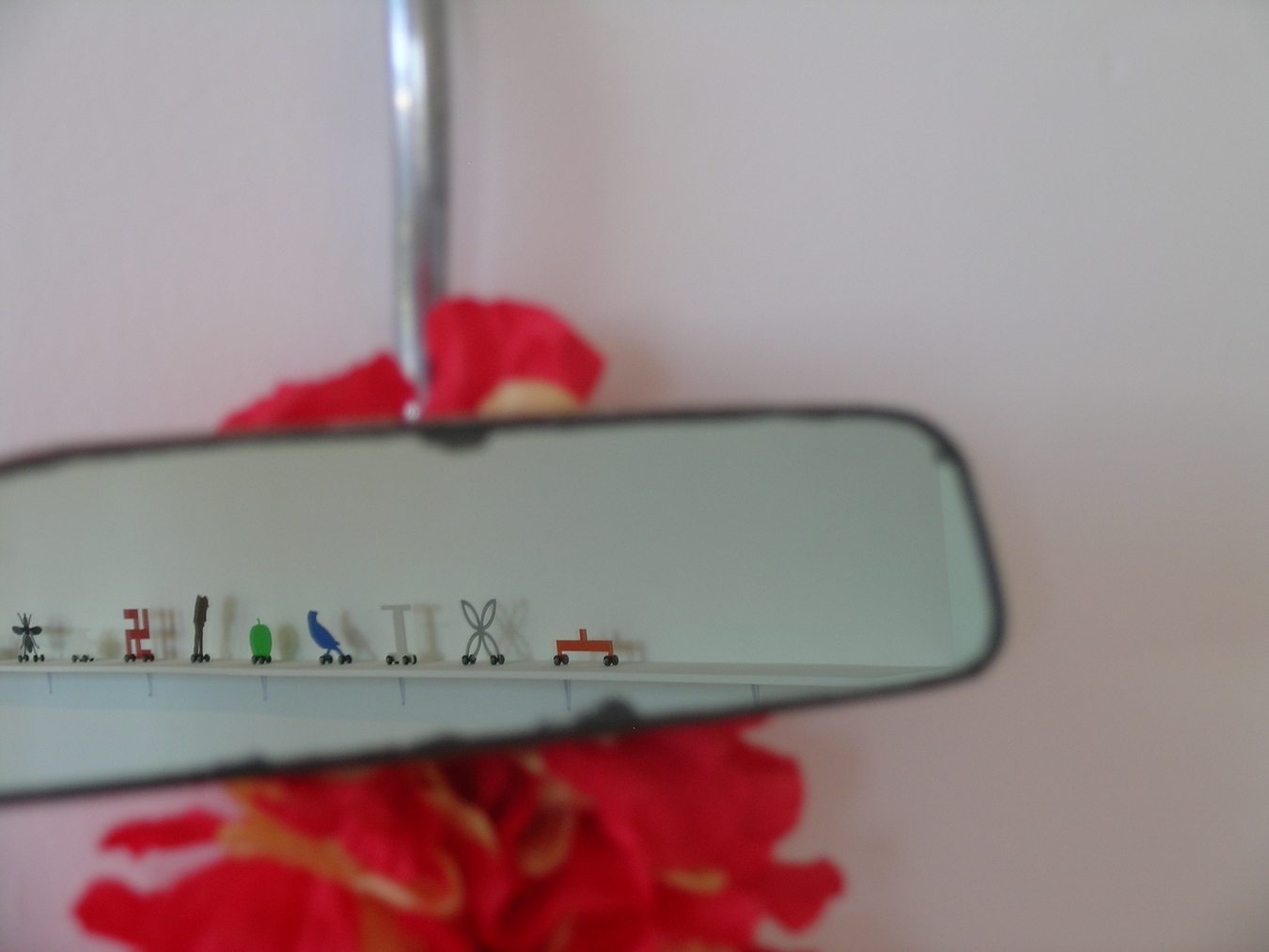 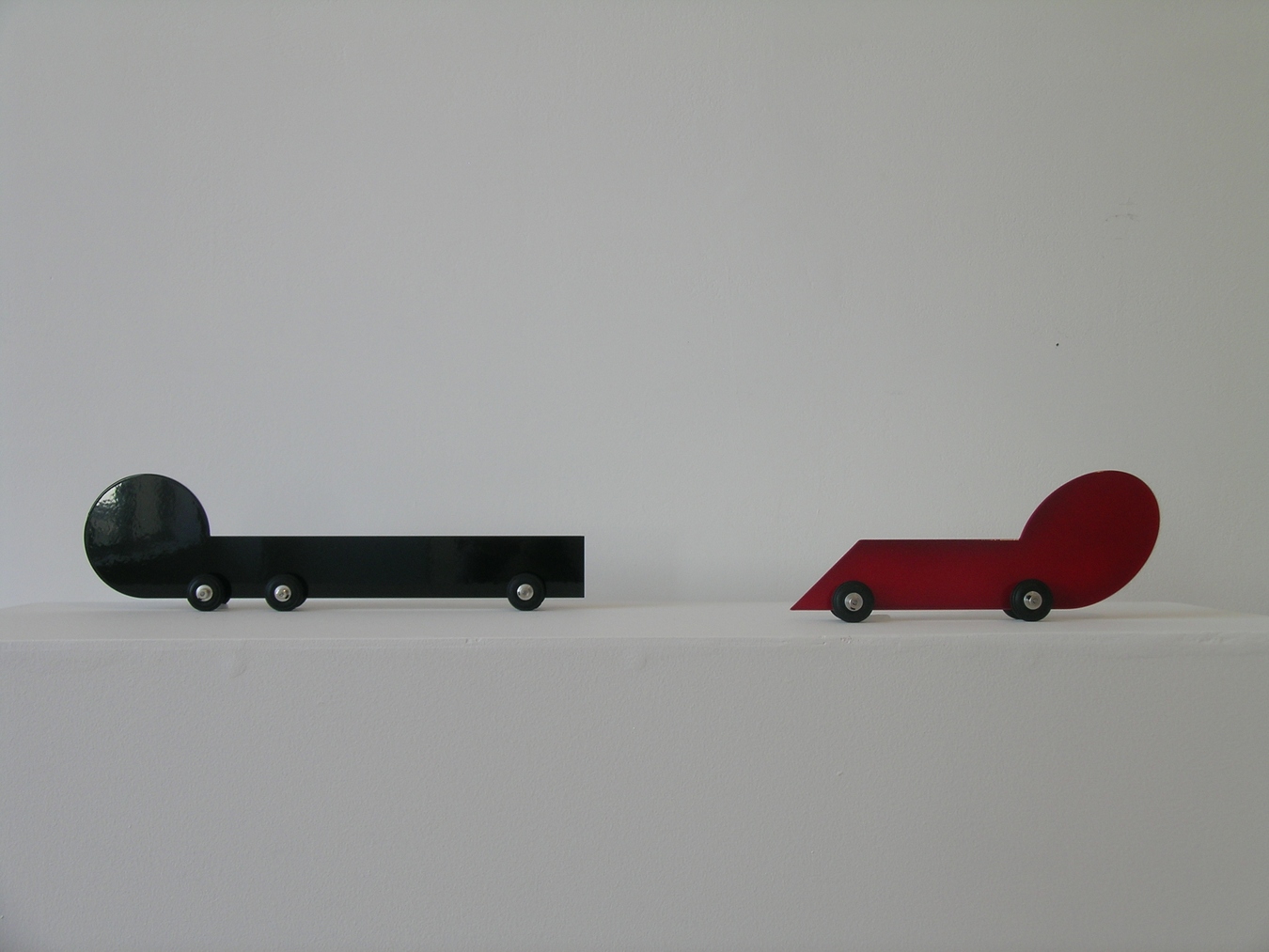 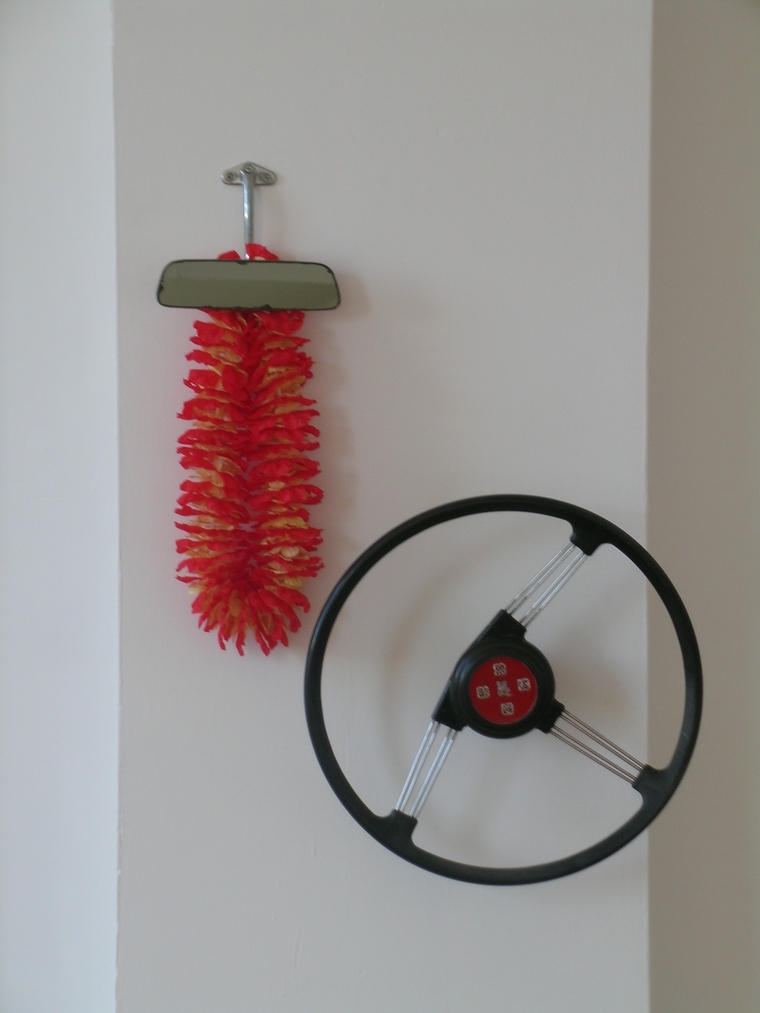 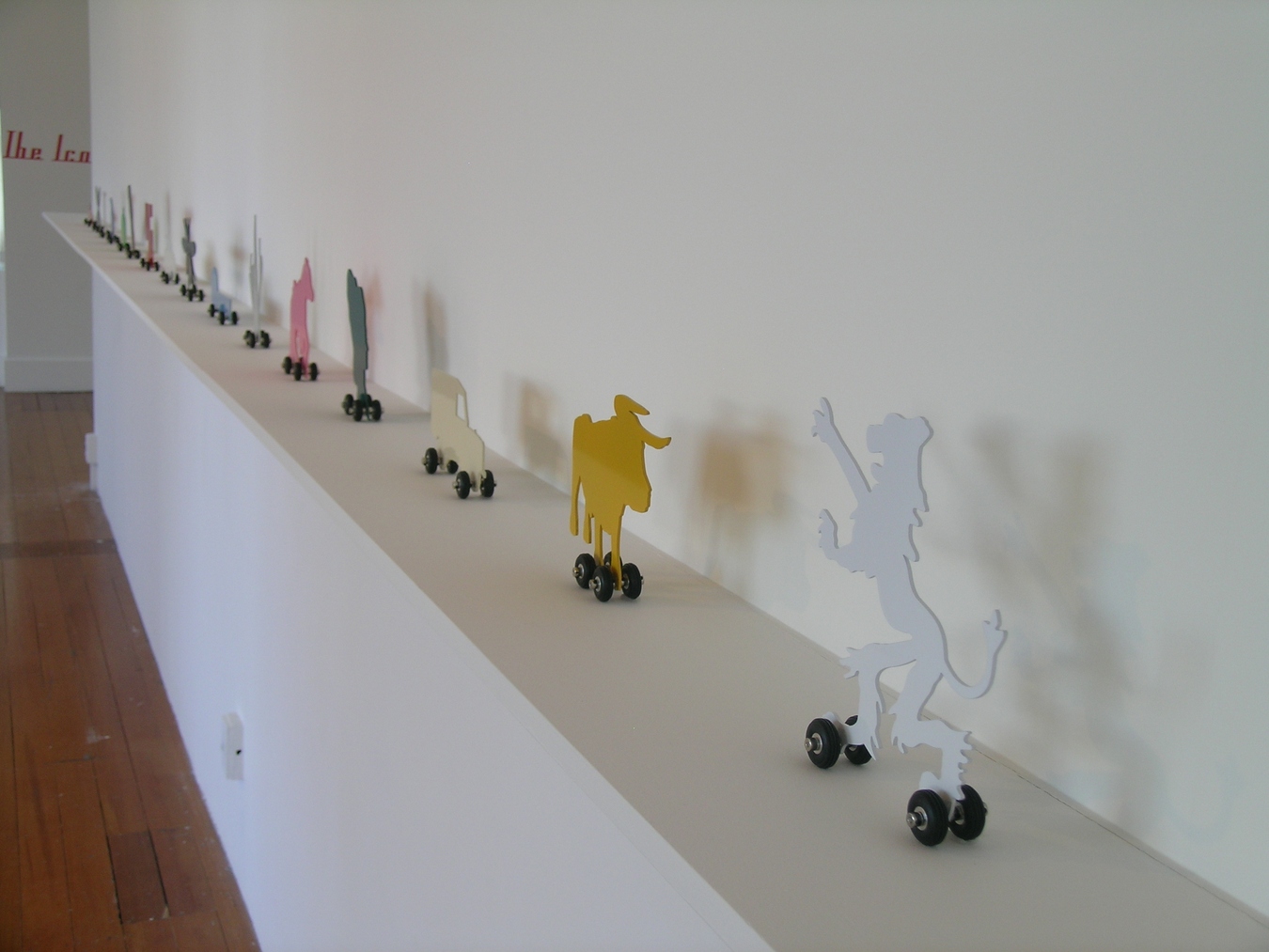 Wayne Youle’s enduring interest in cultural signs and symbols is manifest in The Icon 500 installation as a selection of ‘silhouettes’, each an iconic symbol drawn from the work of a range of New Zealand artists that have influenced his practice in some way. In an oblique homage to these artists, Youle highlights the impact these artists have had, or will have, on New Zealand’s cultural landscape. From Colin McCahon to Billy Apple, Tony de Latour to Heather Straka, his pastiche covers a range of New Zealand artists.

Perhaps the most notable symbol is koru, which in recent New Zealand art has become linked to the work of Gordon Walters. Youle highlights the shifting cultural significance of such symbols when they are appropriated. Similarly, Youle’s considered use of colour highlights the strong associations we have with colour in the work of particular artists, which can be seen in Michael Tuffery’s distinct yellow, Max Gimblett’s gold and Walters’ red.

Seemingly at odds with the small icons that race around the outside of the room, a giant Swastika form sits on the floor. Youle’s interest in this form stems from his experience as a late teen with a book called Well Made New Zealand by Richard Wolfe where he found the name ‘Kia Ora Tools’ arching beautifully above a Swastika symbol. Youle’s initial association had been with the Swasticka’s dark use in modern times, and this was a troubling image. As the young artist found more information about the history of the symbol, it took on a less aggressive context.

Youle has used the Swastika repeatedly in his work over the past five years. In this work he encourages us to read the form as a Youle icon, thereby inserting his name into the domain of some of New Zealand’s most important art figures.

Illustrated Artist Floortalk
The Icon 500
Wayne Youle
Wednesday 16 March 2005, 5.30pm
The Physics Room
FREE
Join us for an illustrated floortalk where Wayne Youle will discuss The Icon 500 in the context of his earlier work.