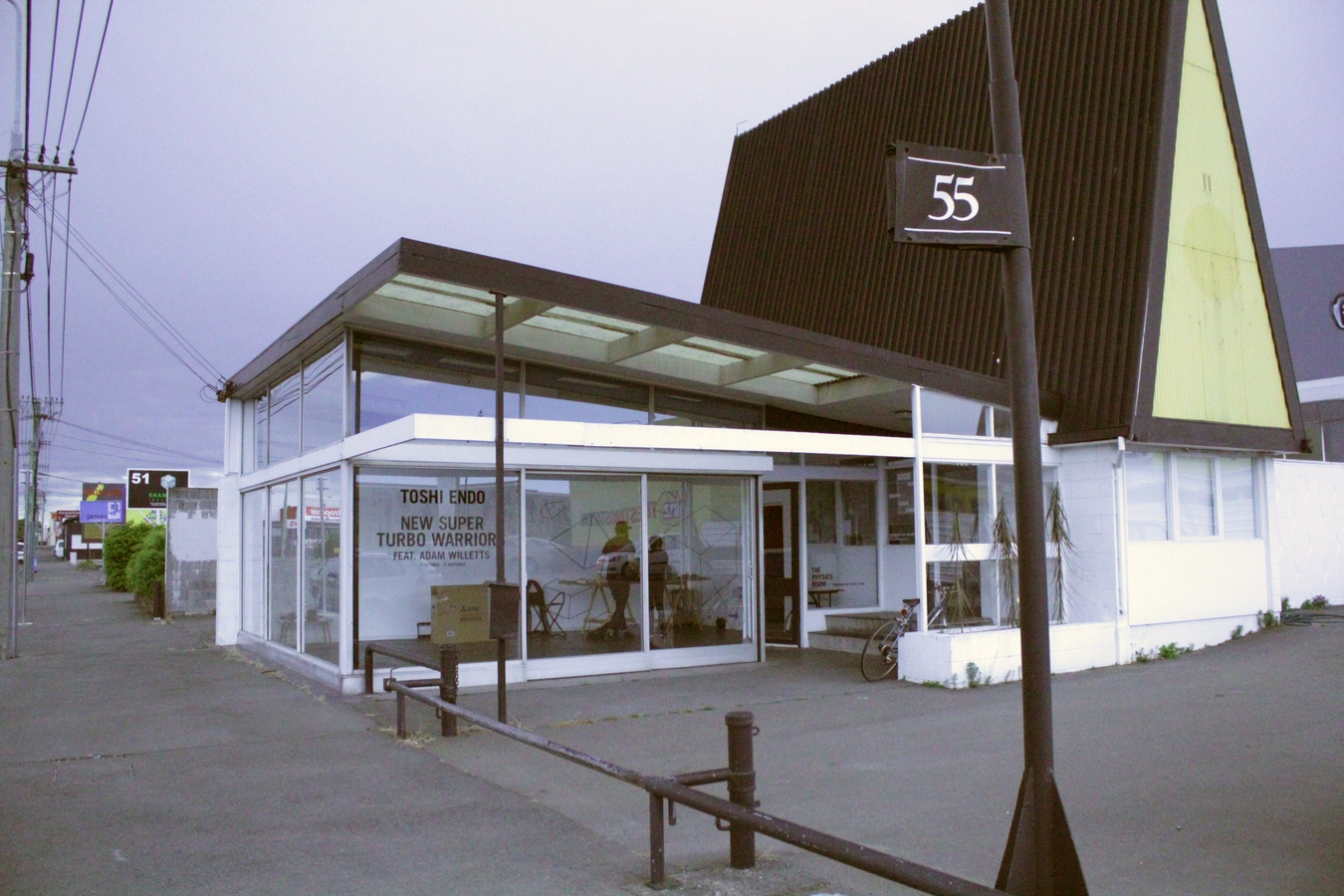 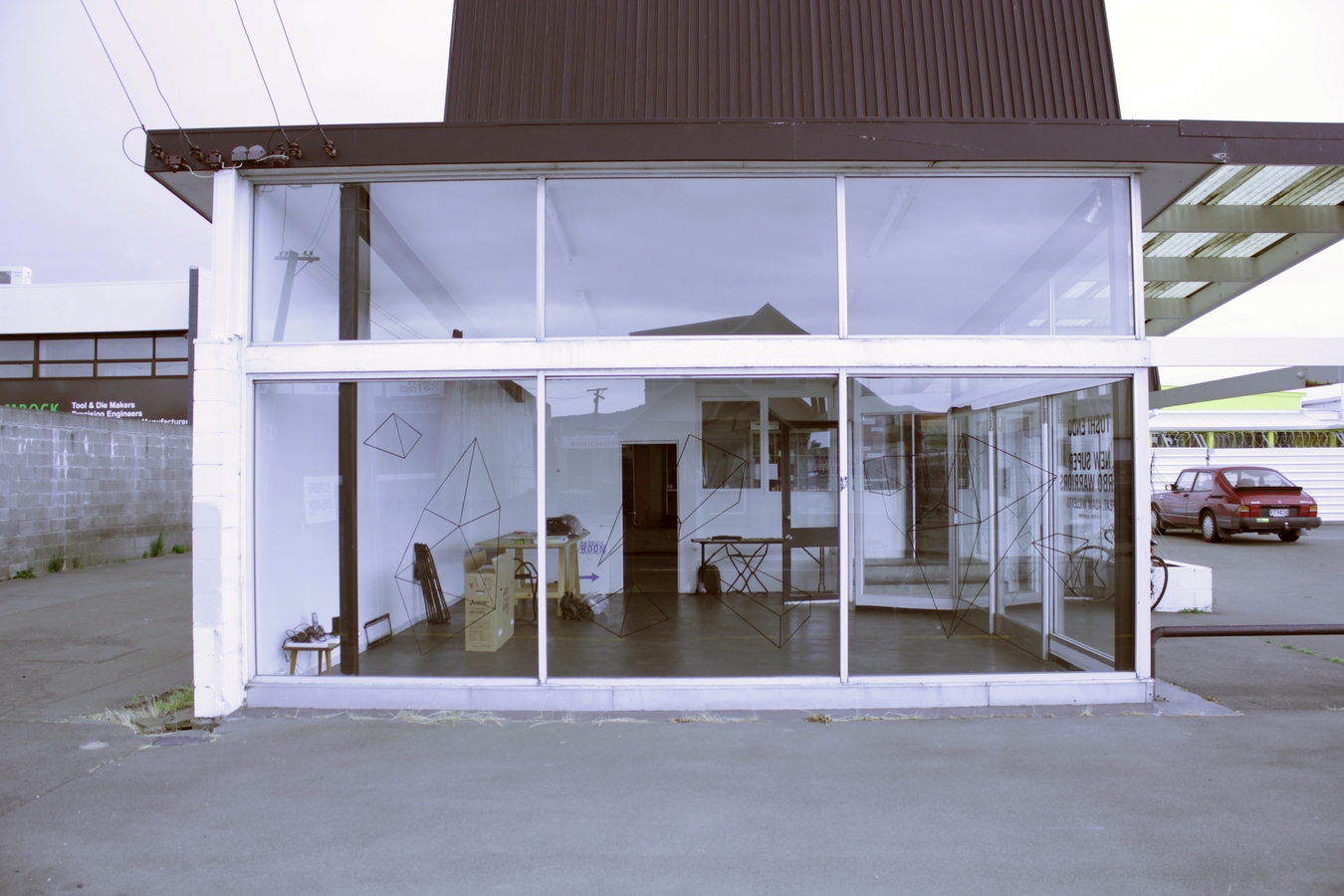 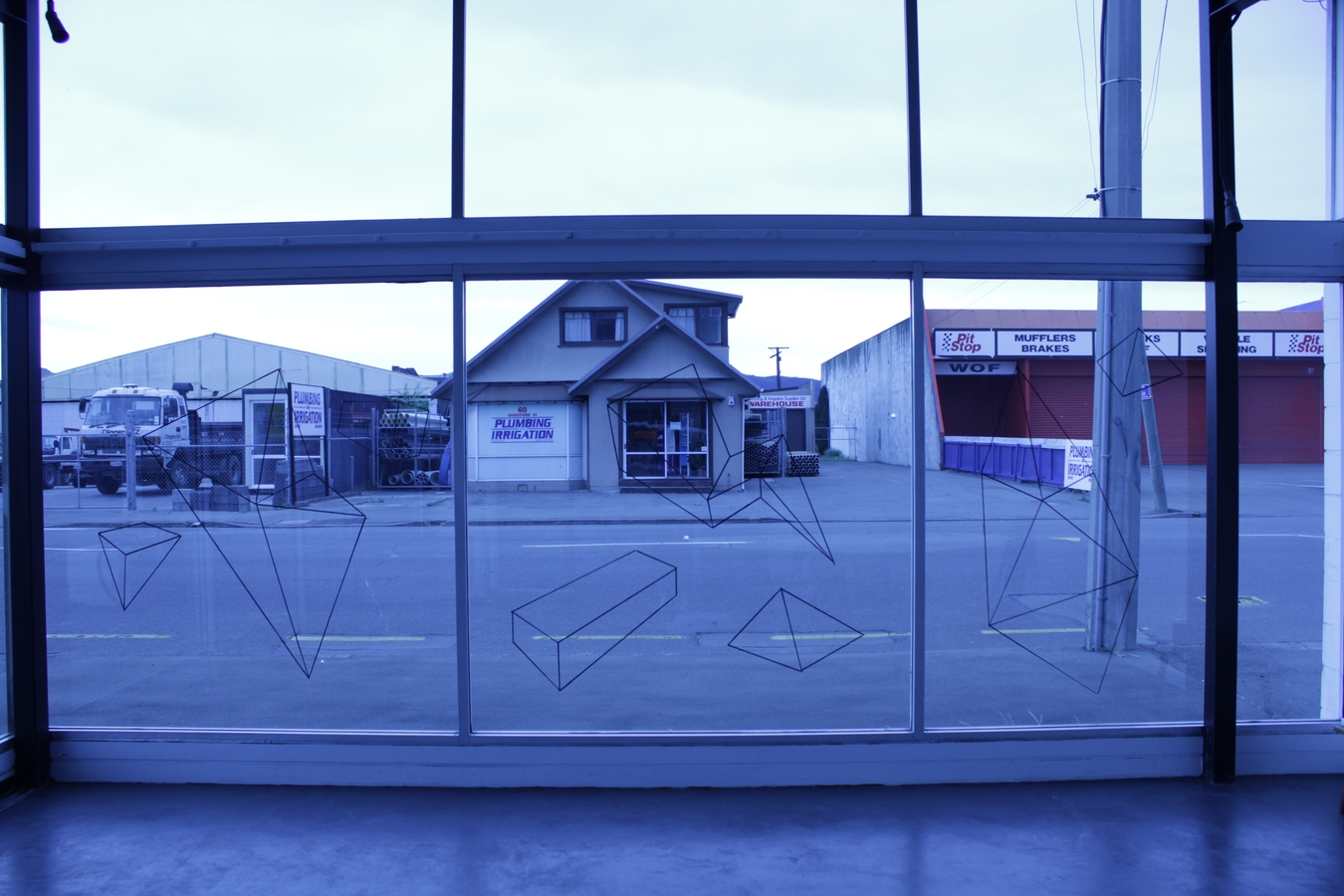 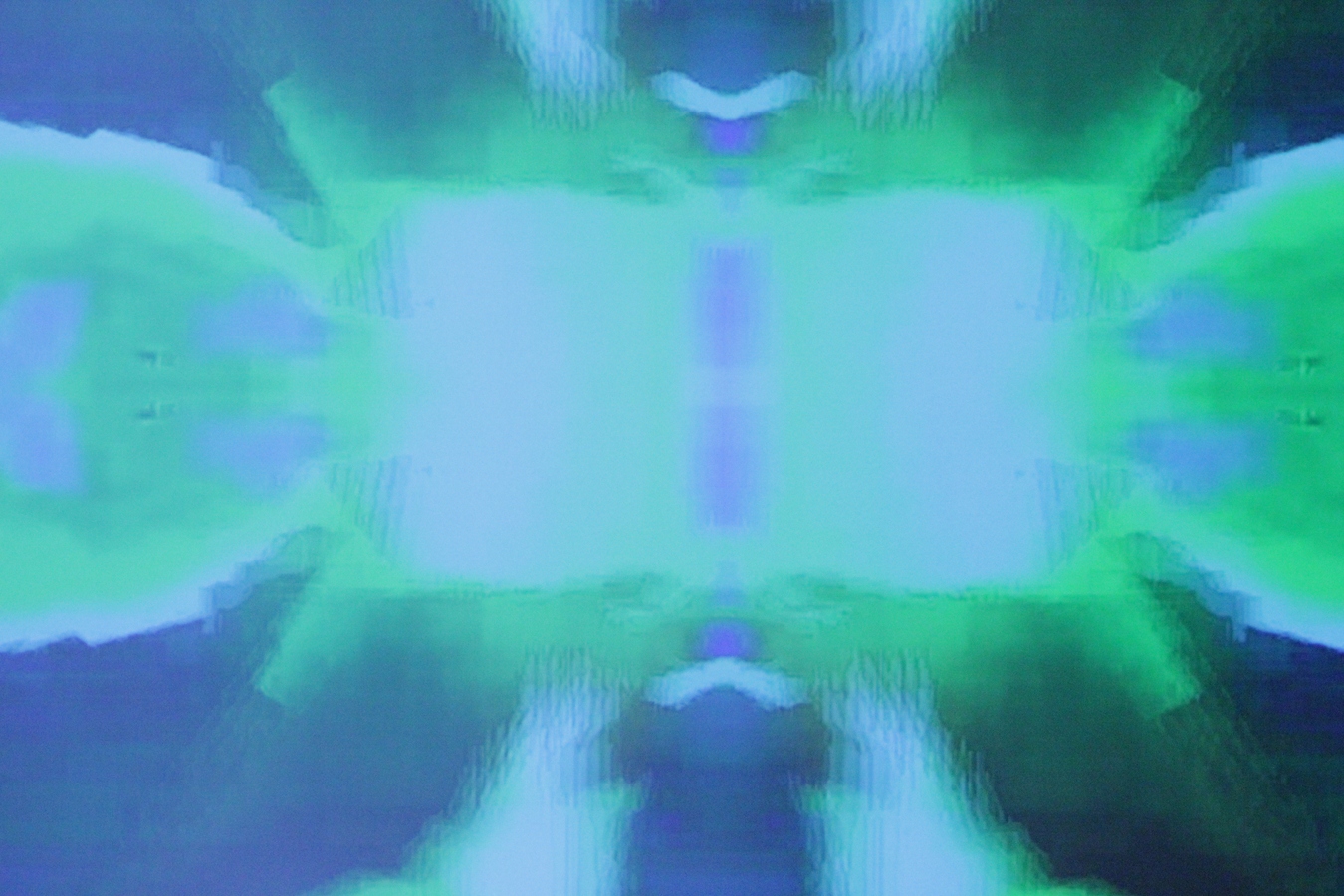 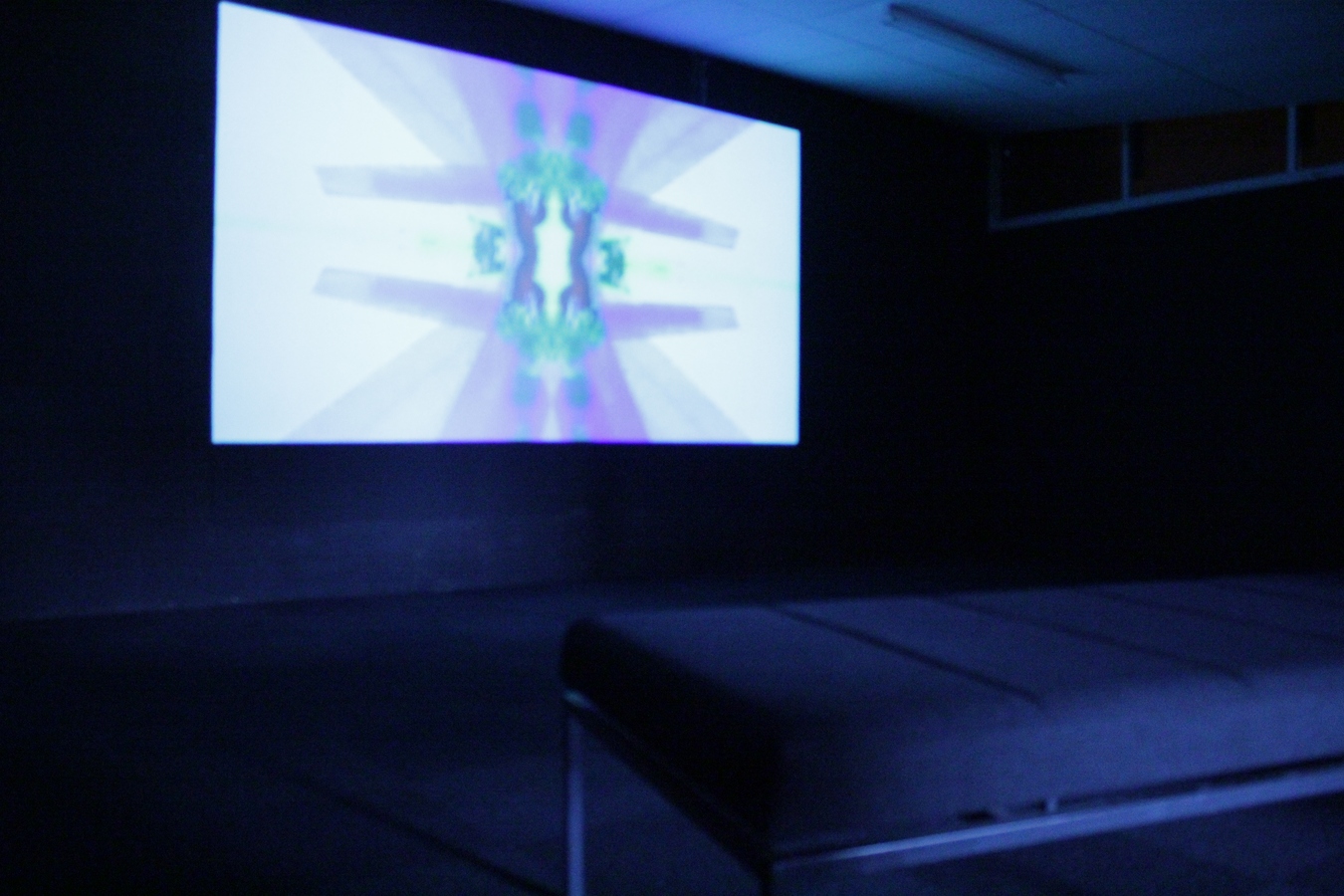 This kaleidoscopic event is an inter-media exploration; which shifts from the colour field abstractions of paint, to the time based interplay of film. As a result, the medium becomes an enigma.

The work features an exclusive soundtrack composed by Adam Willetts. Brightly coloured tones and textures bleep and pop into place as Willetts uses a modular synthesizer in an exploratory process informed by the invisible musical collaboration that occurs between the players, designers and composers of games.

Toshi Endo, Canadian-born of Japanese decent; lives and works in Christchurch as a computer technician at the University of Canterbury. He gained a Bachelor of Arts in Design from the University of Otago before undertaking a Masters of Creative Media at RMIT, Melbourne. He has worked widely in the digital media industries, from lectureship roles in art and design to video game production. He has exhibited across New Zealand; with international shows and publications in the United Kingdom, Australia, Germany, and Japan.

Adam Willetts, is a local Christchurch artist who works in both the visual and sonic arts. Drawing from a broad range of influences he creates ambiguous, abstract works that suggest imaginary environments and lifeforms. Willetts employs improvised processes balanced by elements of careful composition, forming and transforming shapes, patterns, structures and colours so that simple elements become complex as a result of their interactions, modulations and material instabilities. He has performed and exhibited both nationally and internationally and his music has been released by Dungeon Taxis and Fictitious Sighs.