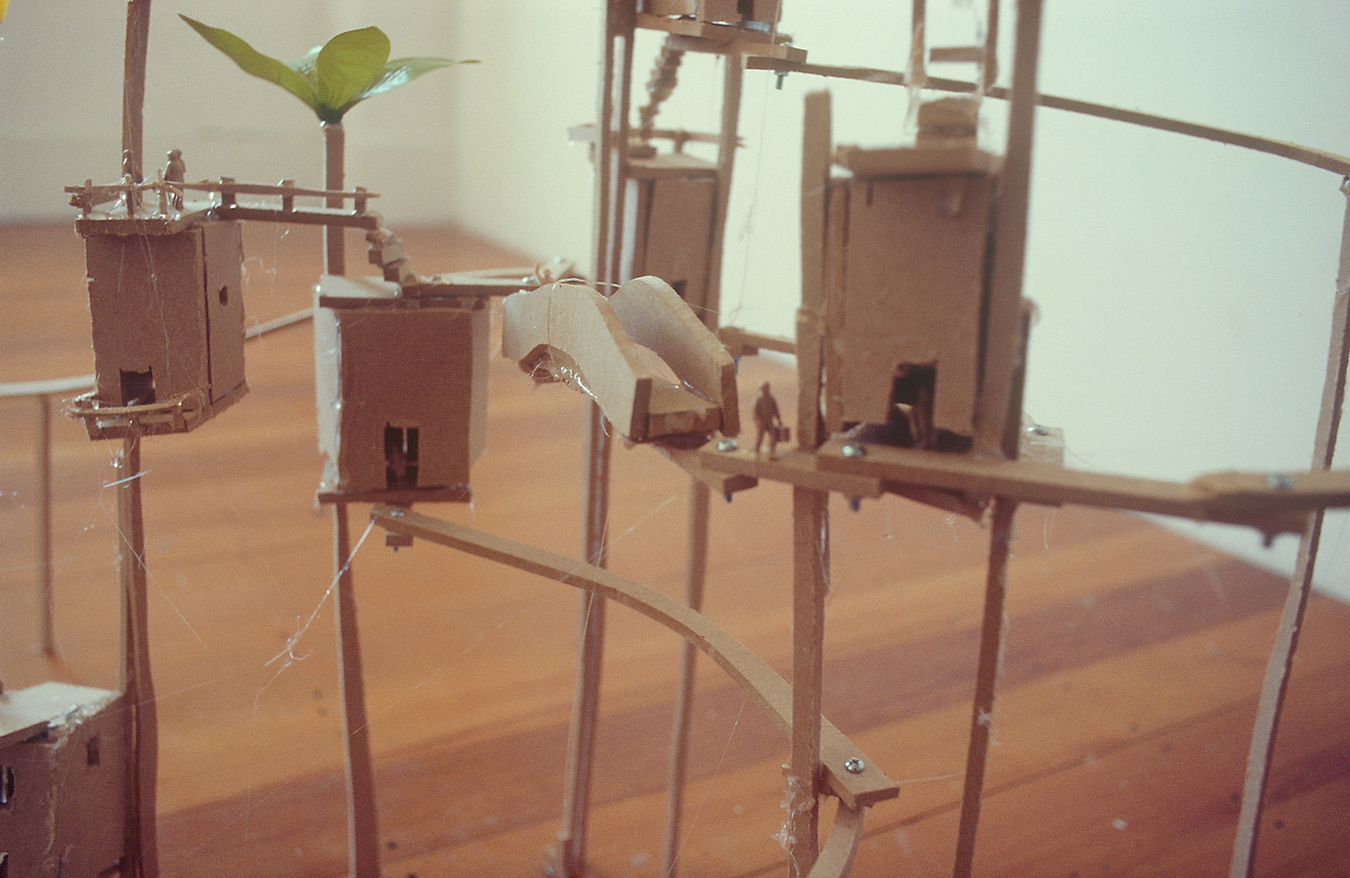 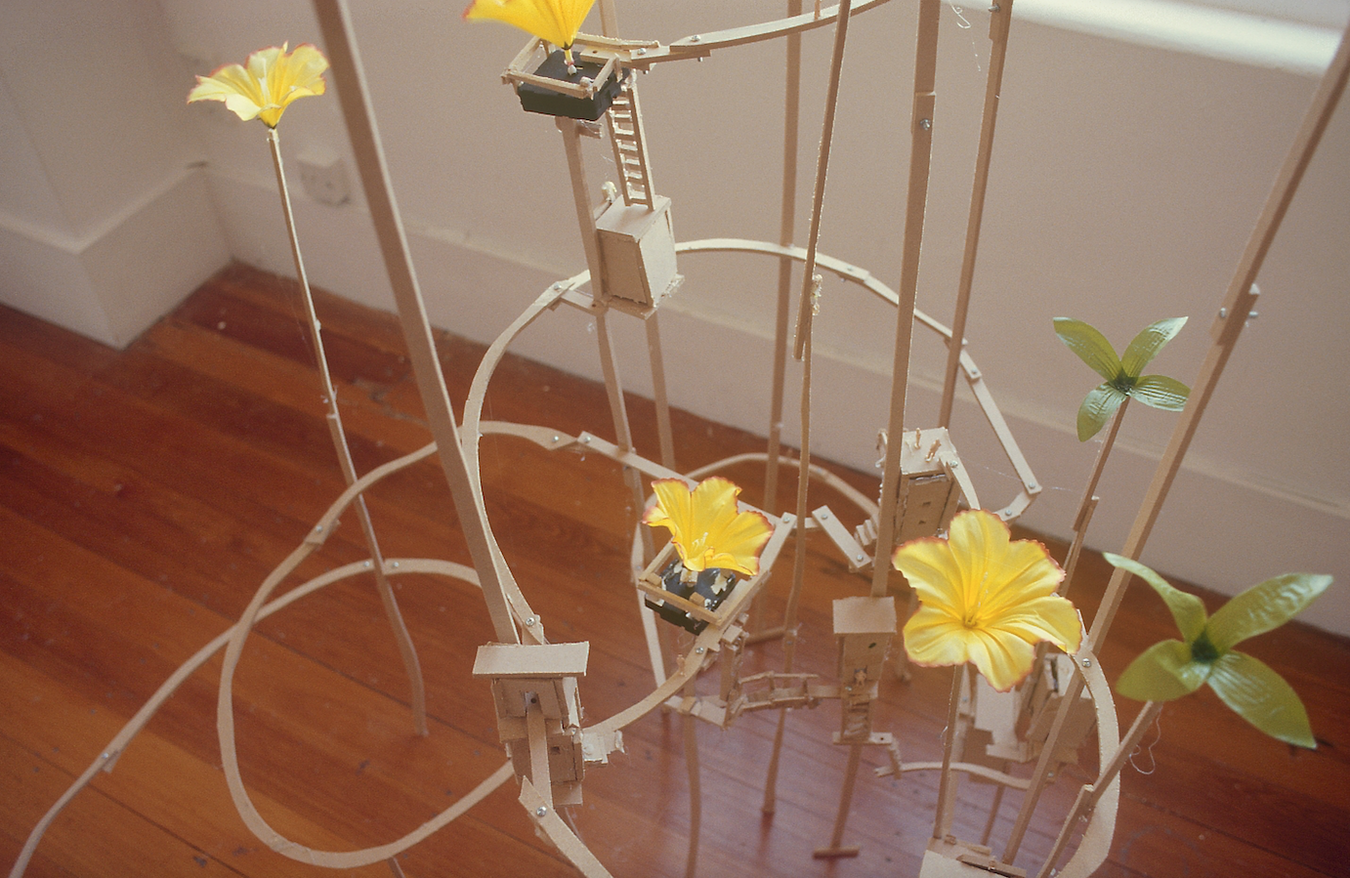 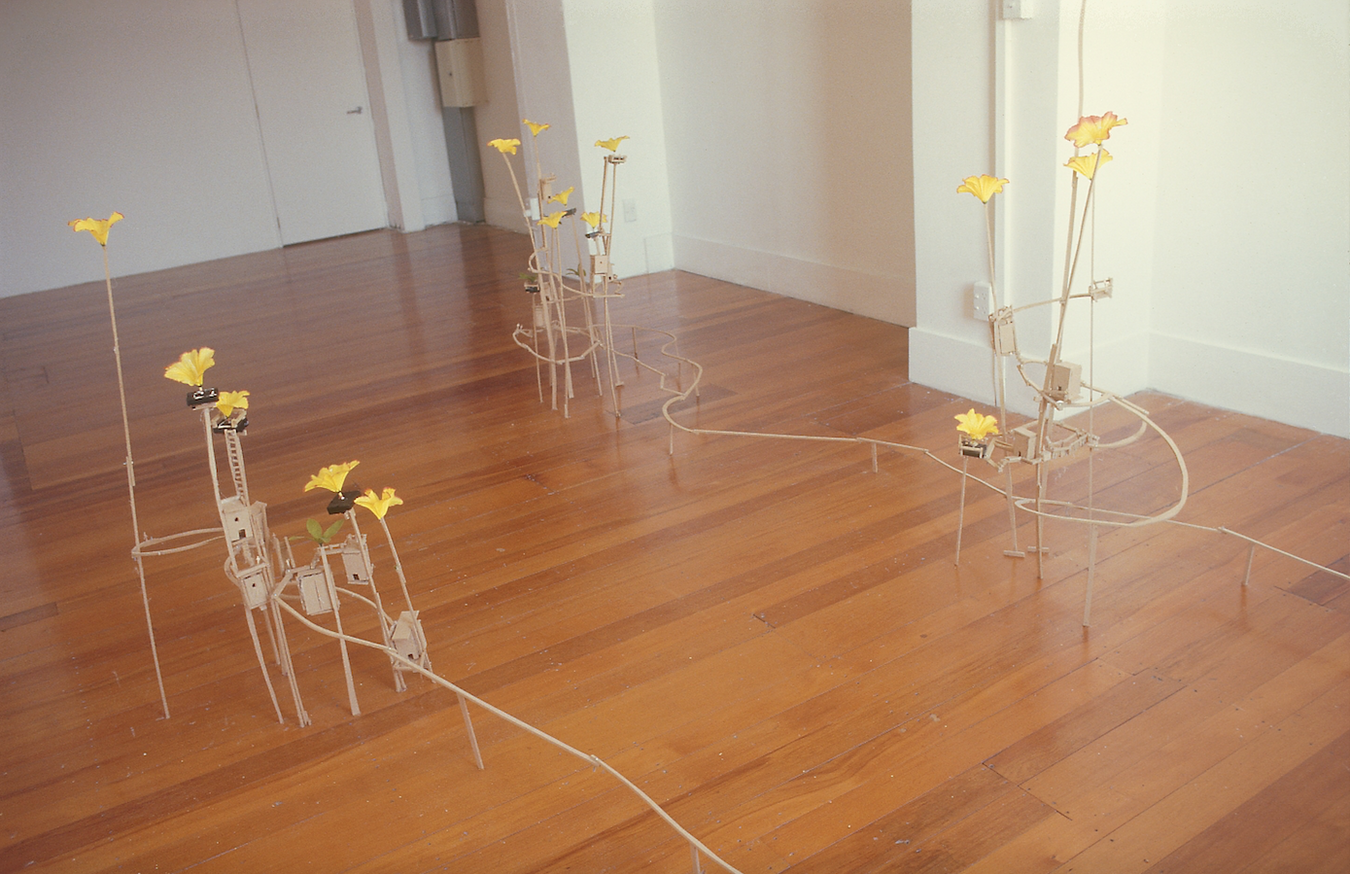 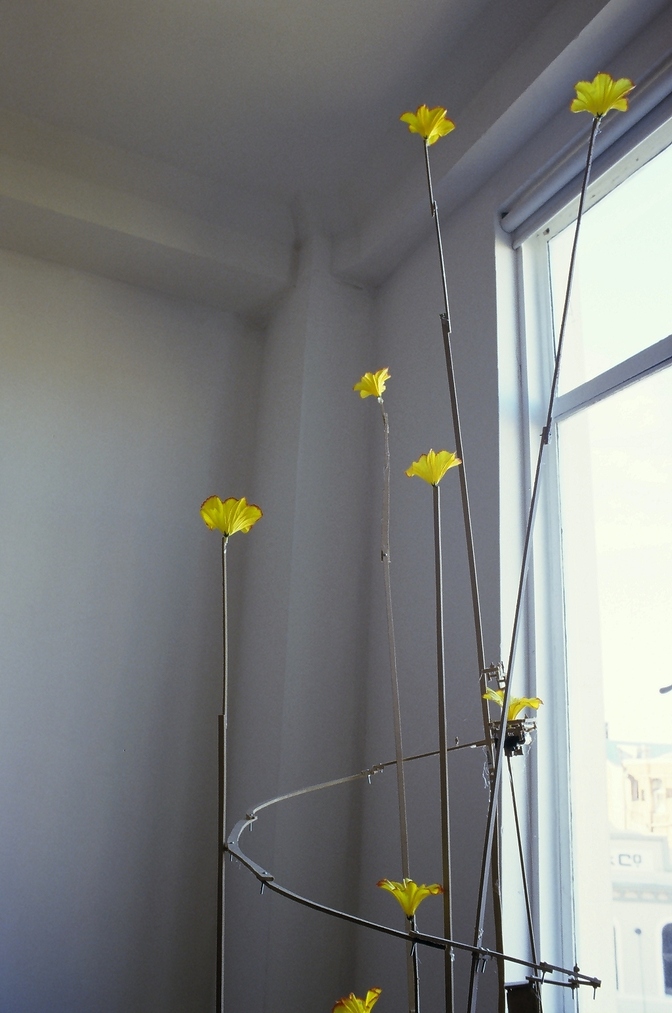 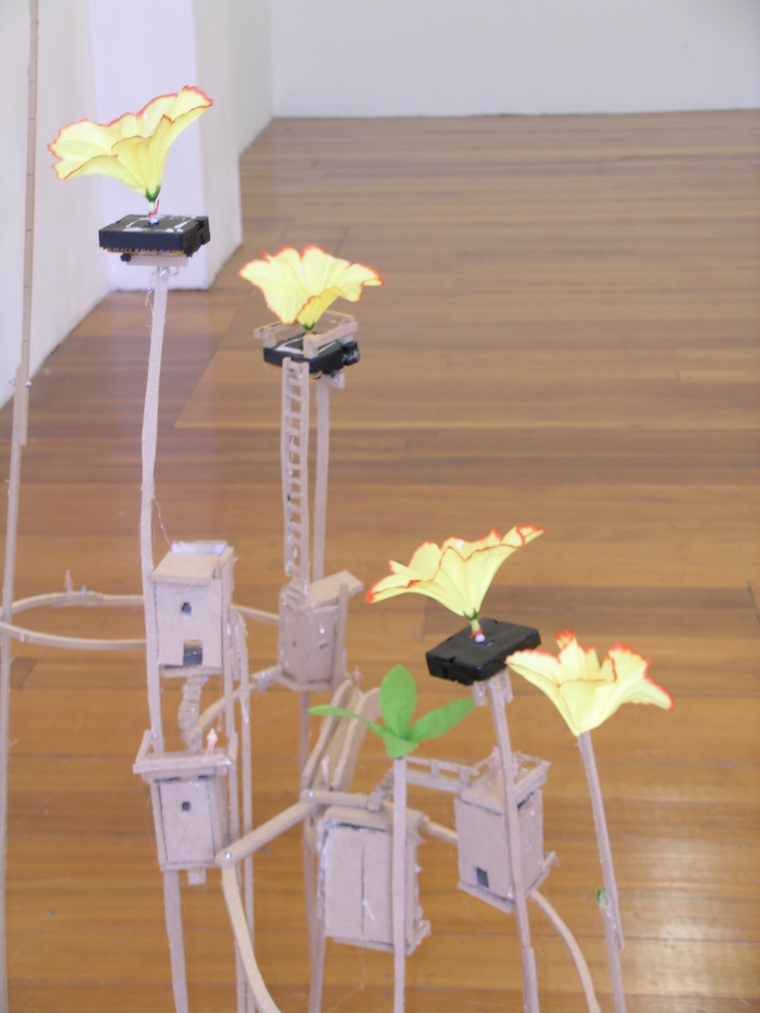 The third instalment in the Physics Room's series entitled, Sampler, resembles a miniature set of a post-modern Hansell and Gretel scene. A Scandinavian style setting with clocks, a forest and tiny houses.

Showing alongside Stella Brennan's Tomorrow Never Knows at the Physics Room contemporary art project space, are Langford's ' winding paths meandering through the gallery space leading to little cities of wooden houses which teeter precariously in space. A twist in scale has forests of fake flowers towering ominously over the cities. Some of the flowers are mounted on clocks so they quiver and tick amongst the forest'

Langford's use of space and modelled landscapes and constructed world has been described by art writer Miranda Parkes as, ' refreshing' and she says that Langford's ' work evokes this kind of memory by offering experiences that push the perceptions in directions that are unexpected'. (Parkes, 2003) 'The (audience) imagination is activated through the sensory experience of space in a way that makes the viewer aware of their own senses, and of the sense they make of space and time' . (Parkes 2003)

Joanna Langford graduated with a Masters of Fine Art in early 2004 from the University of Canterbury School of Fine Arts, having completed her undergraduate degree at Wintec in Hamilton.

The Flower People
The Package, 27th May 2004
The Soda Squirrel.