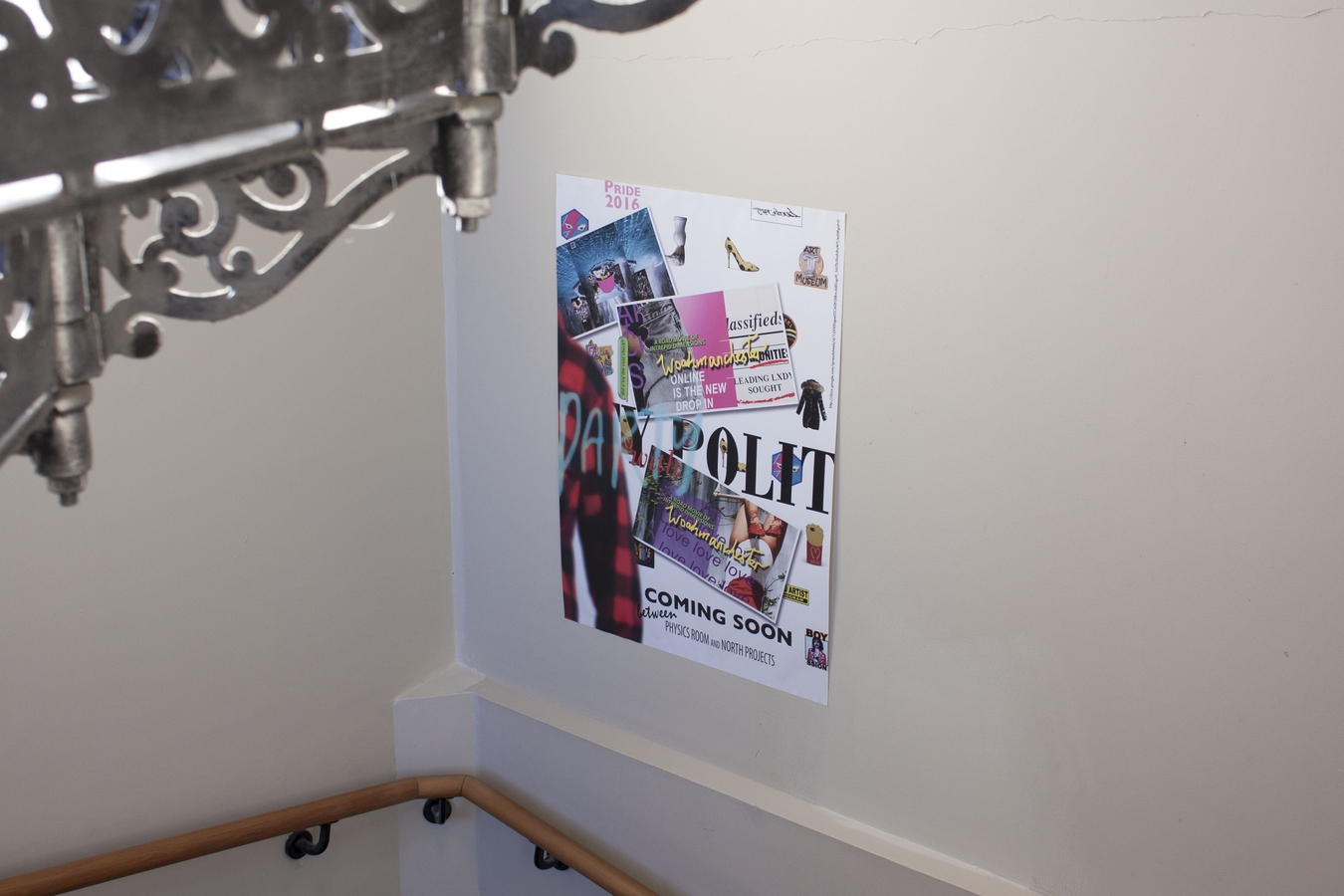 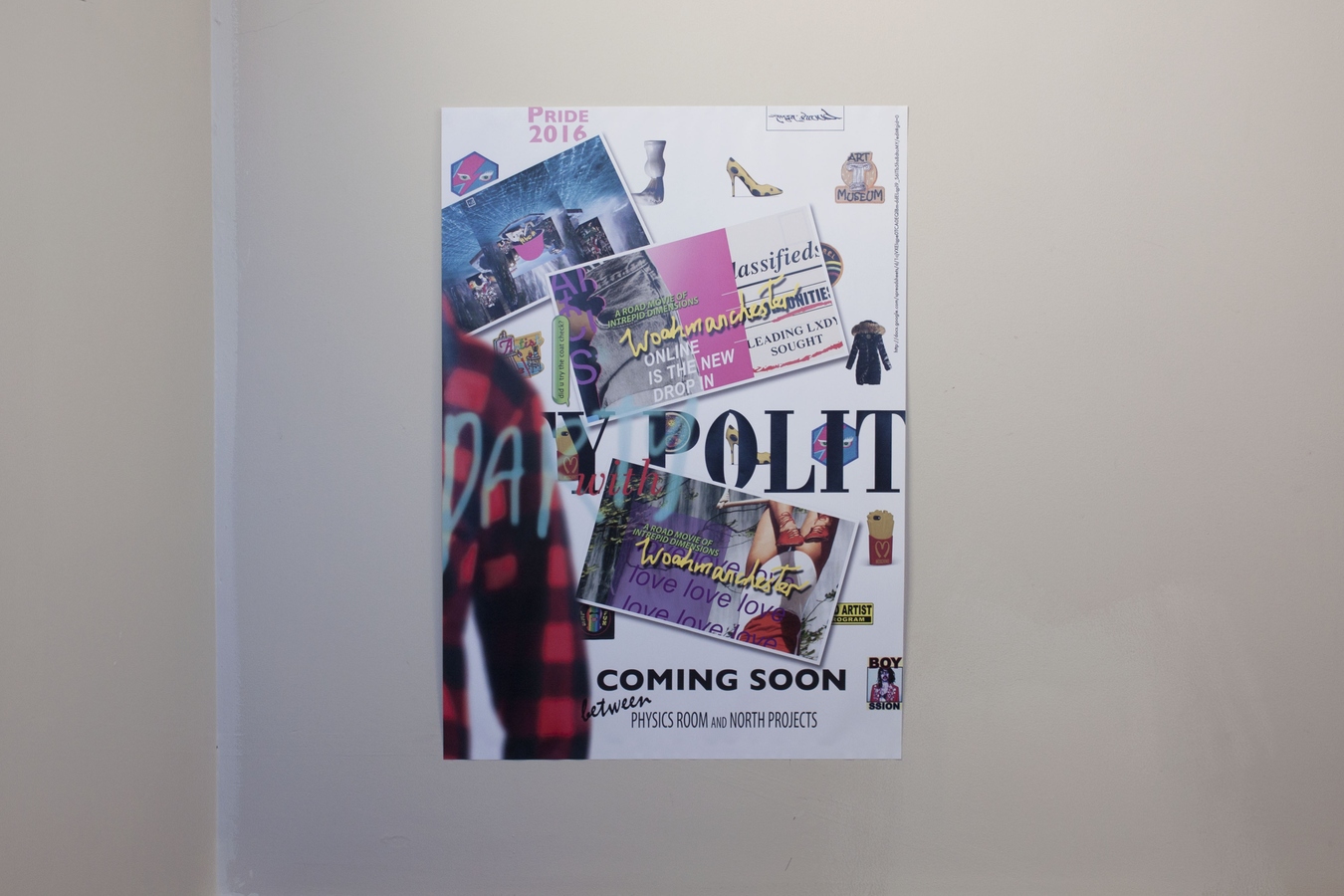 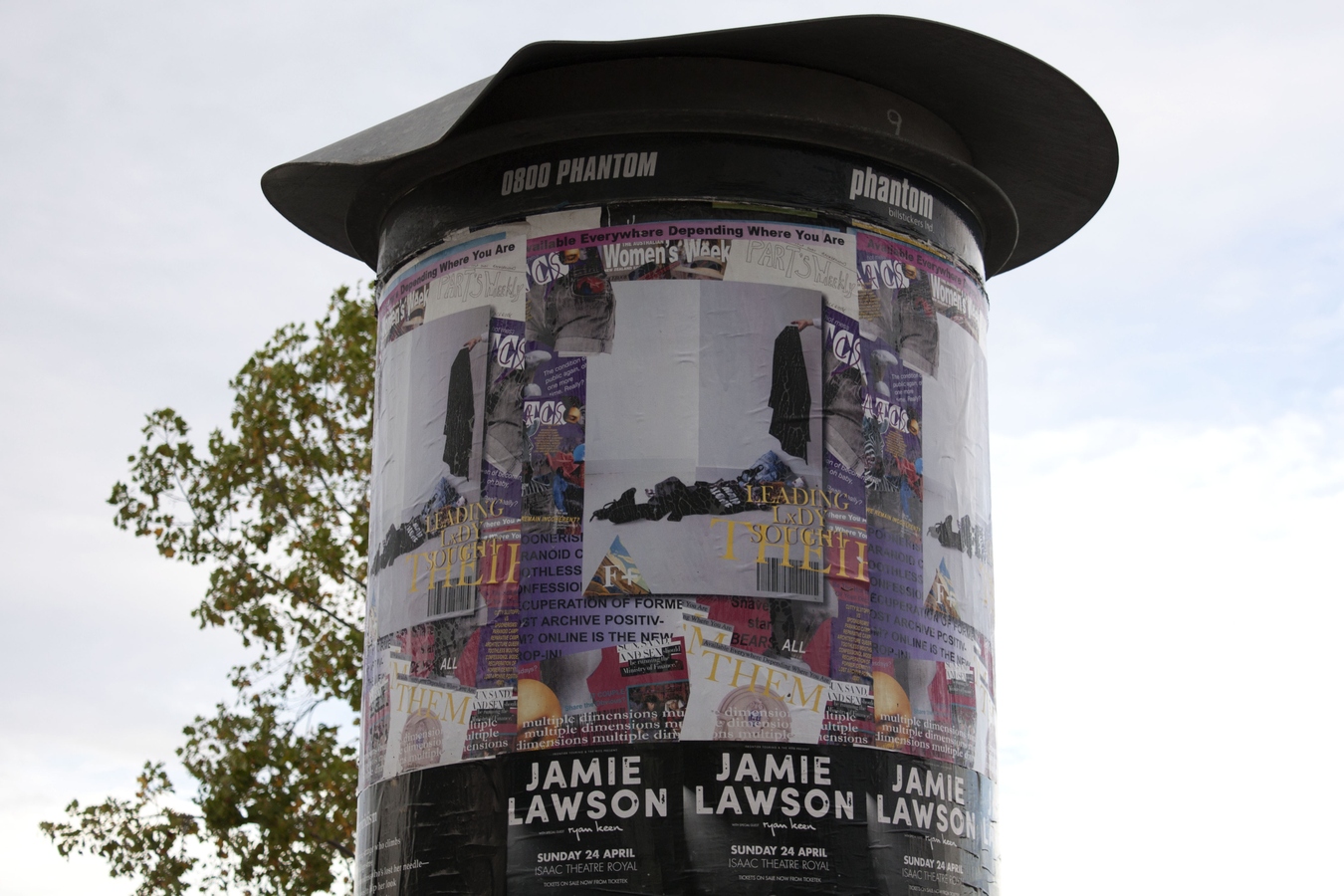 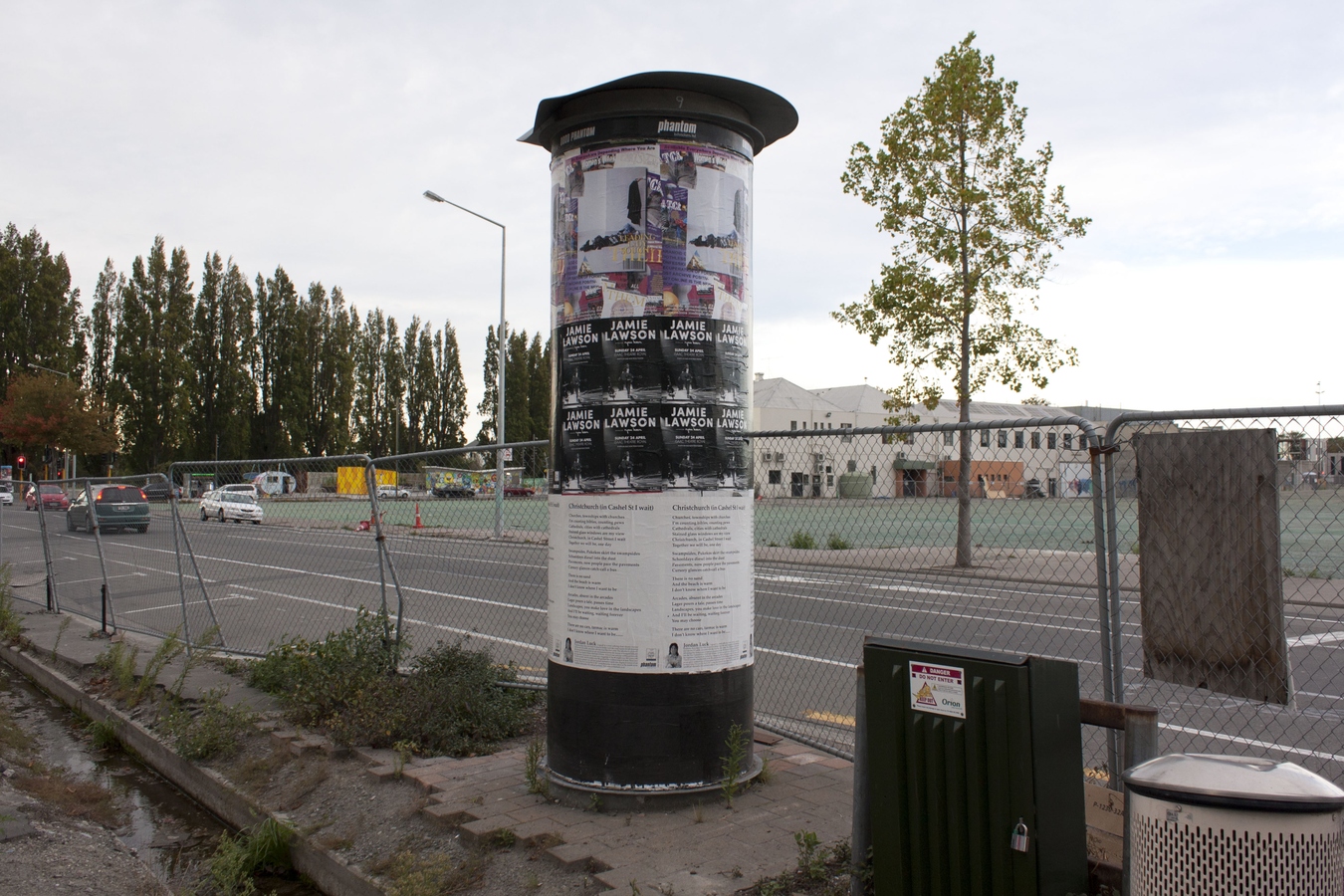 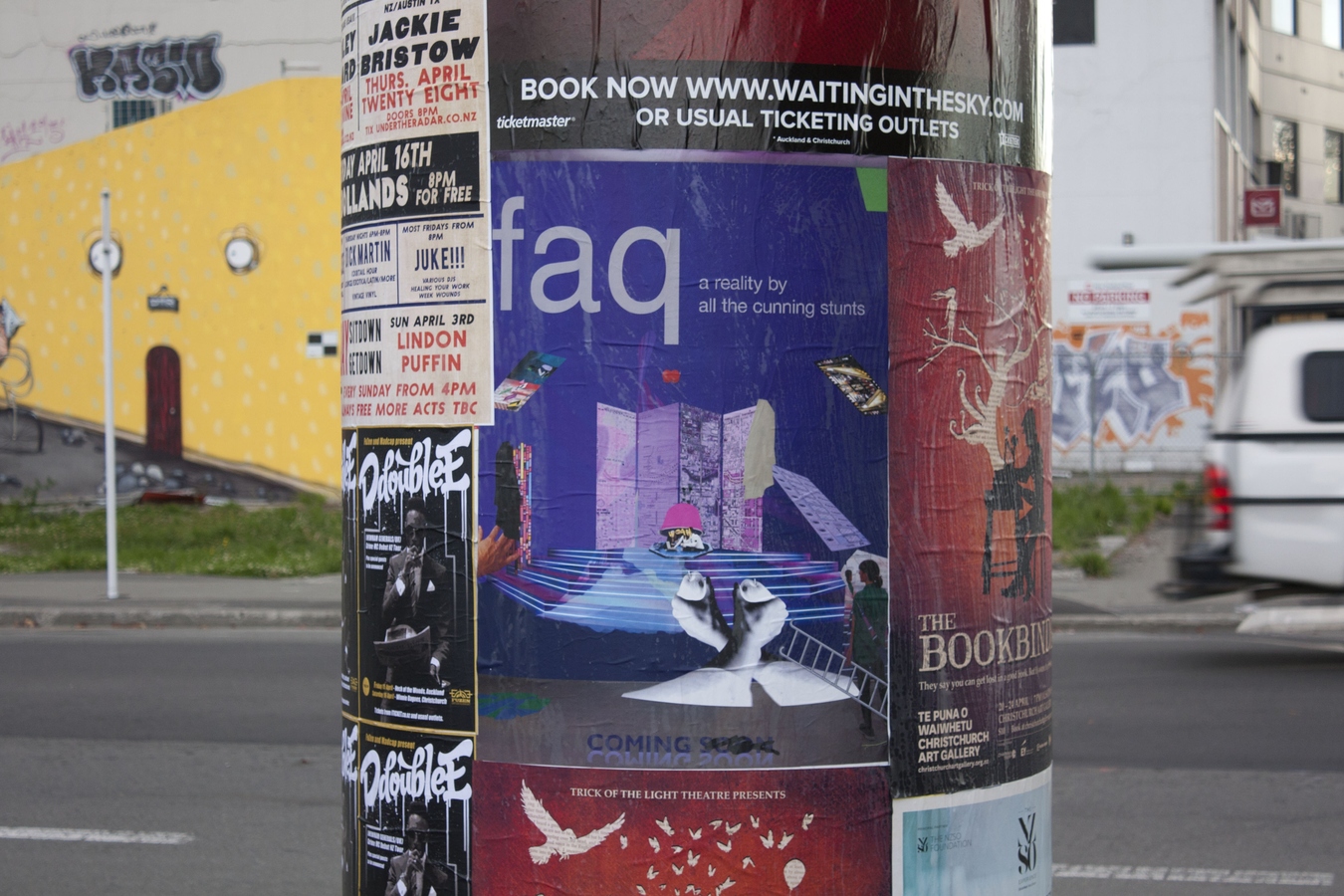 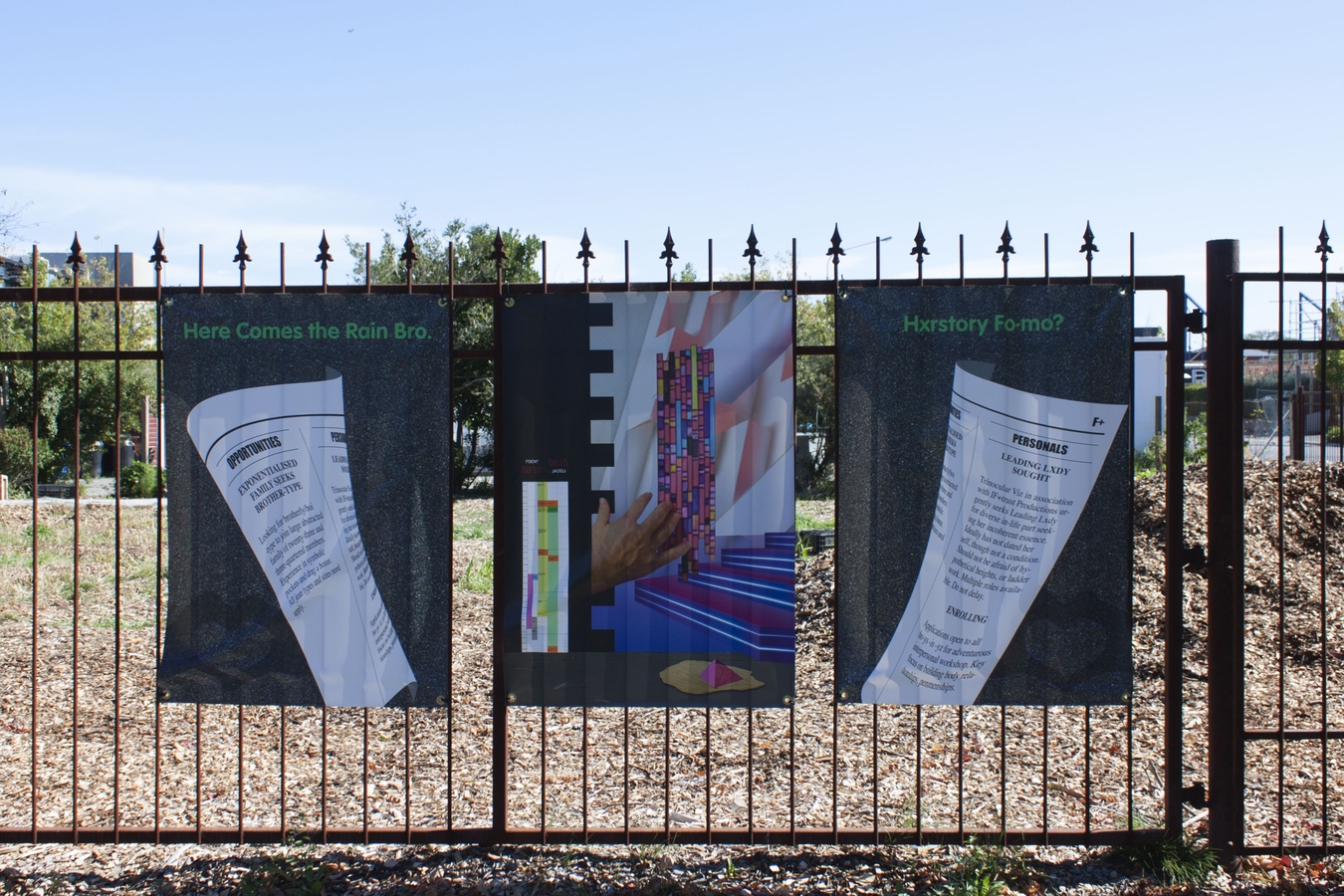 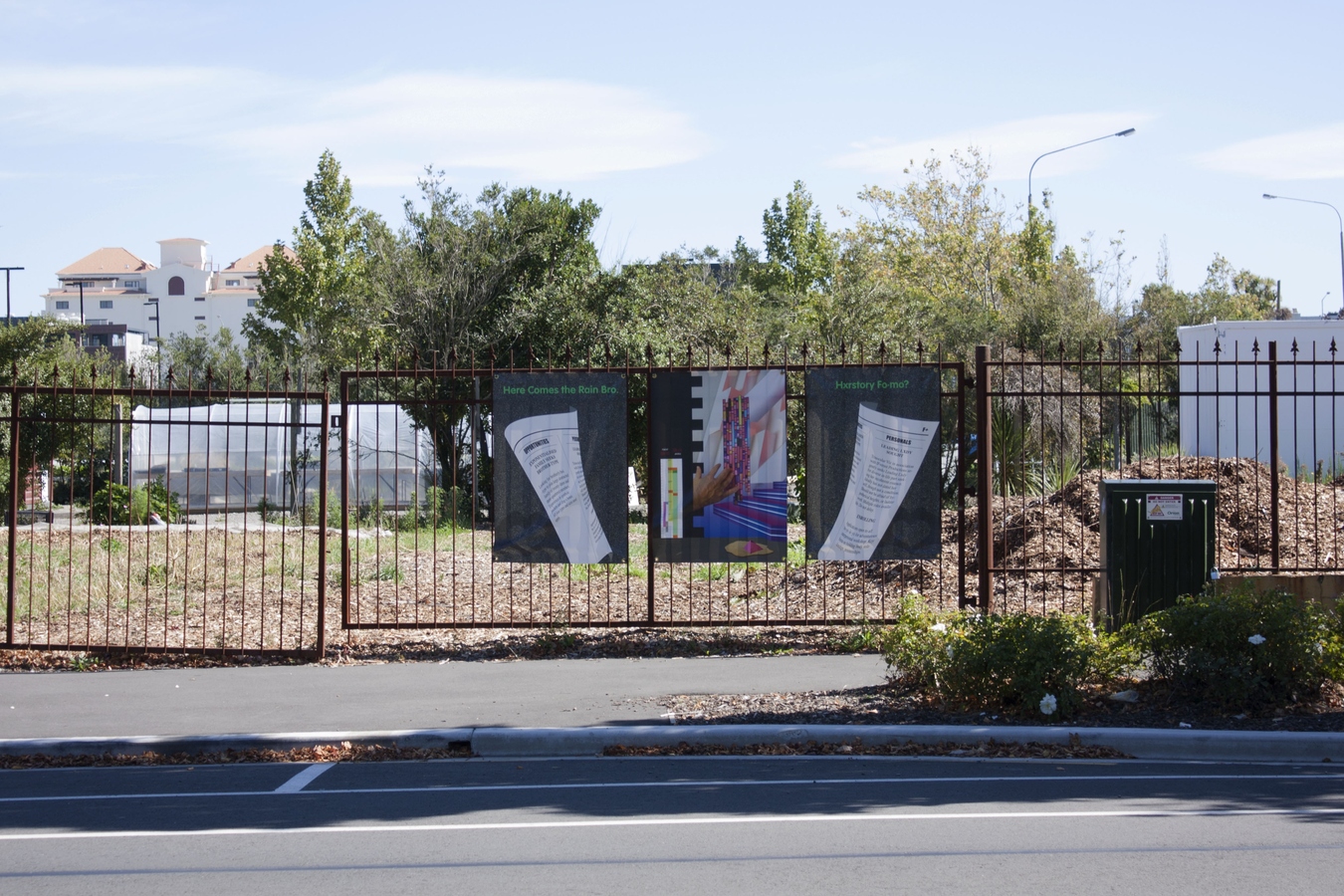 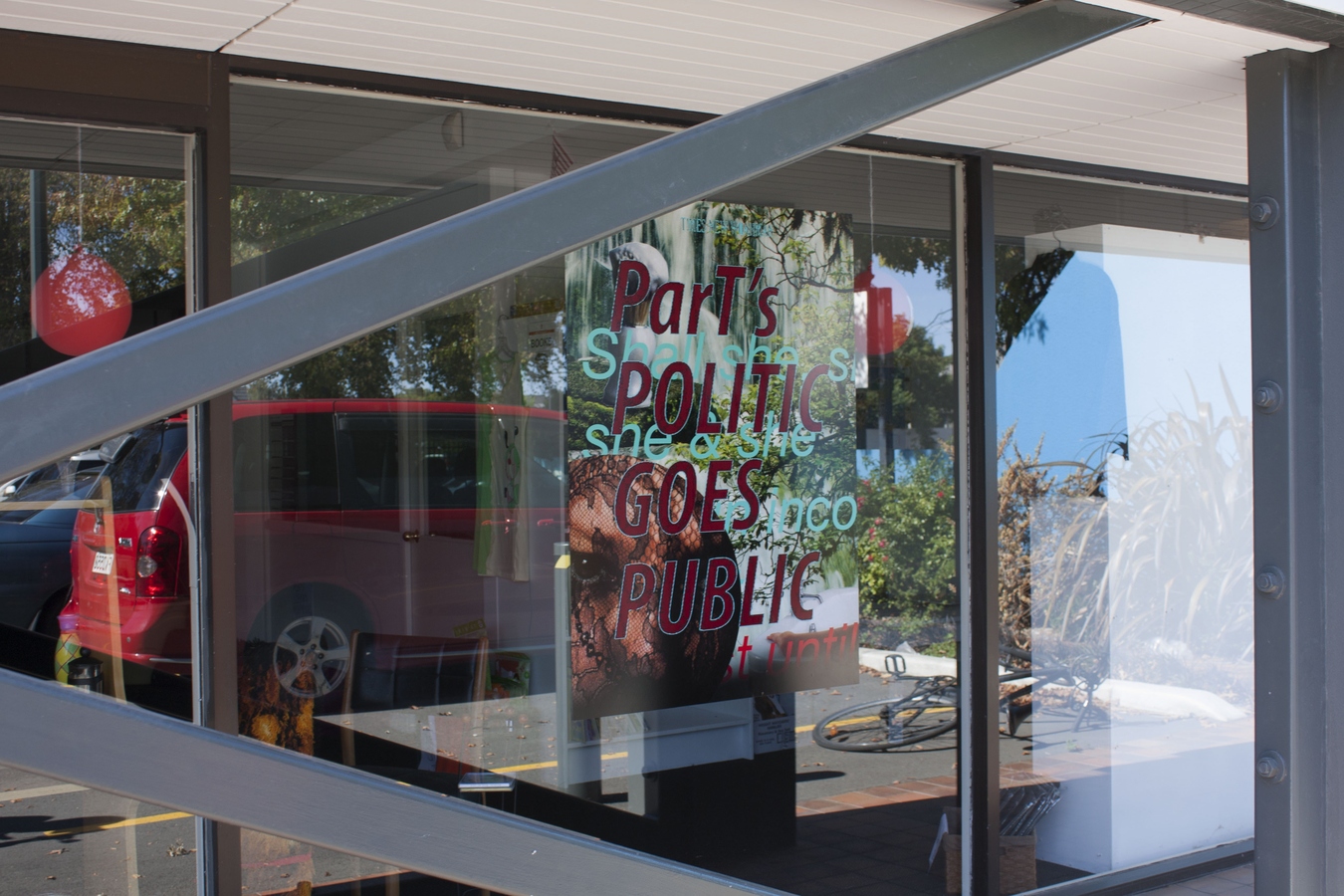 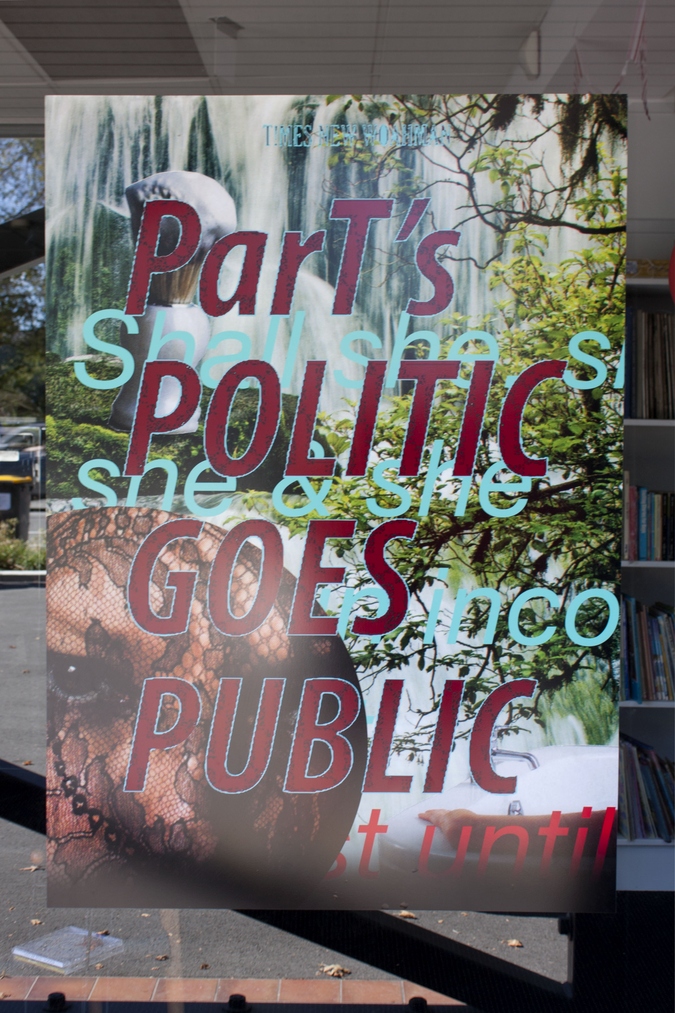 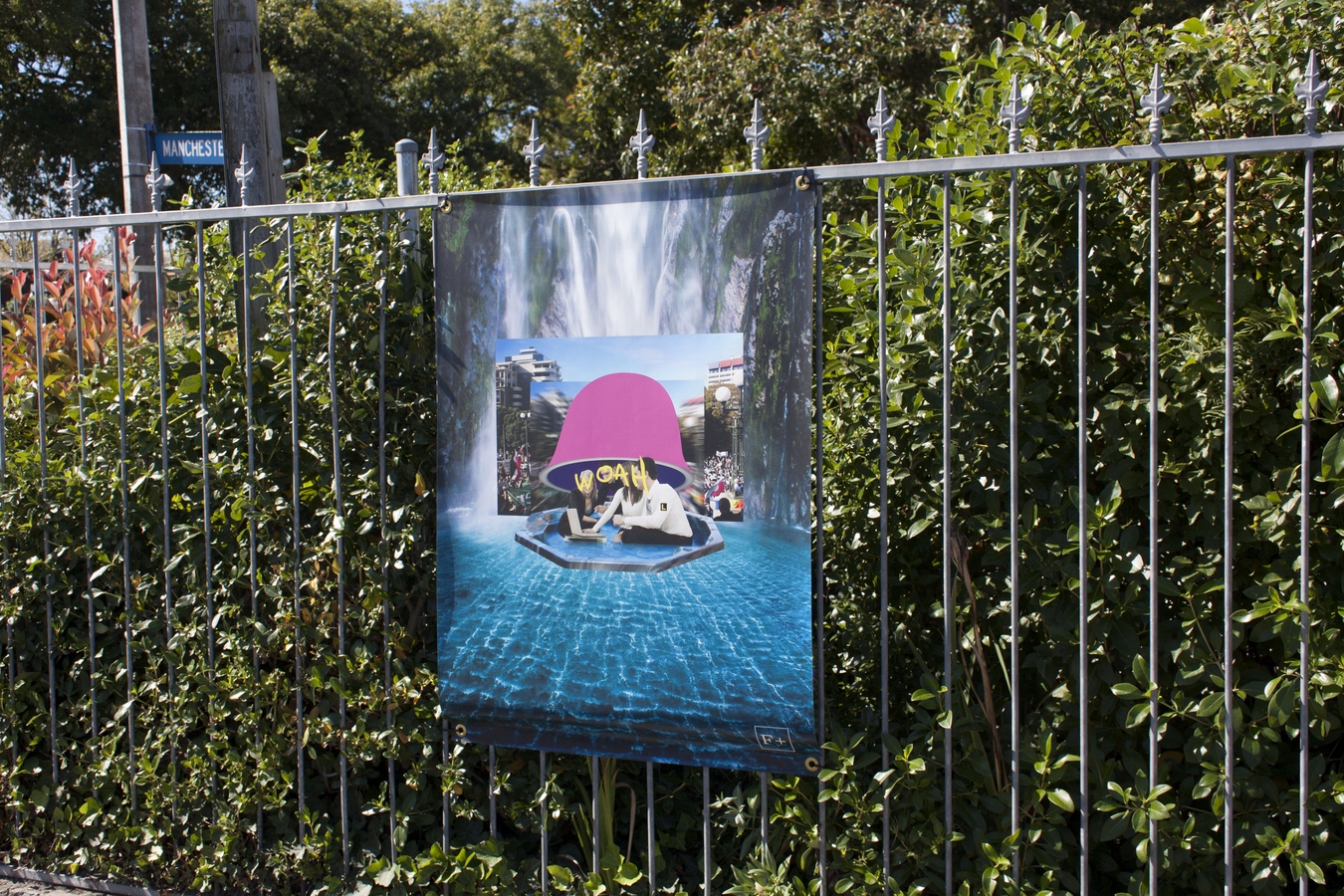 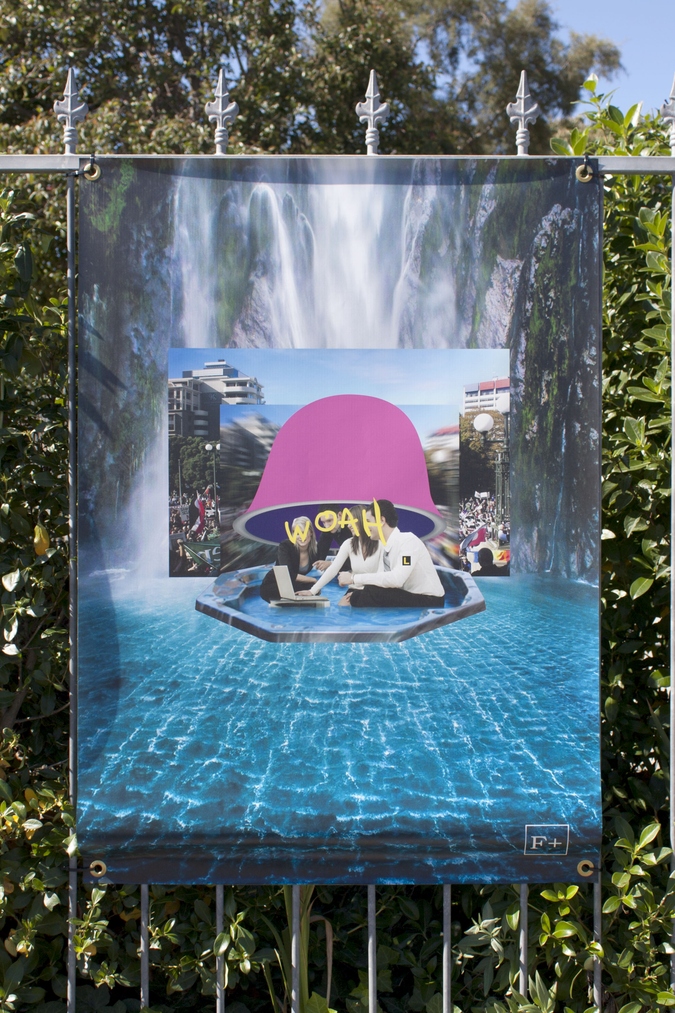 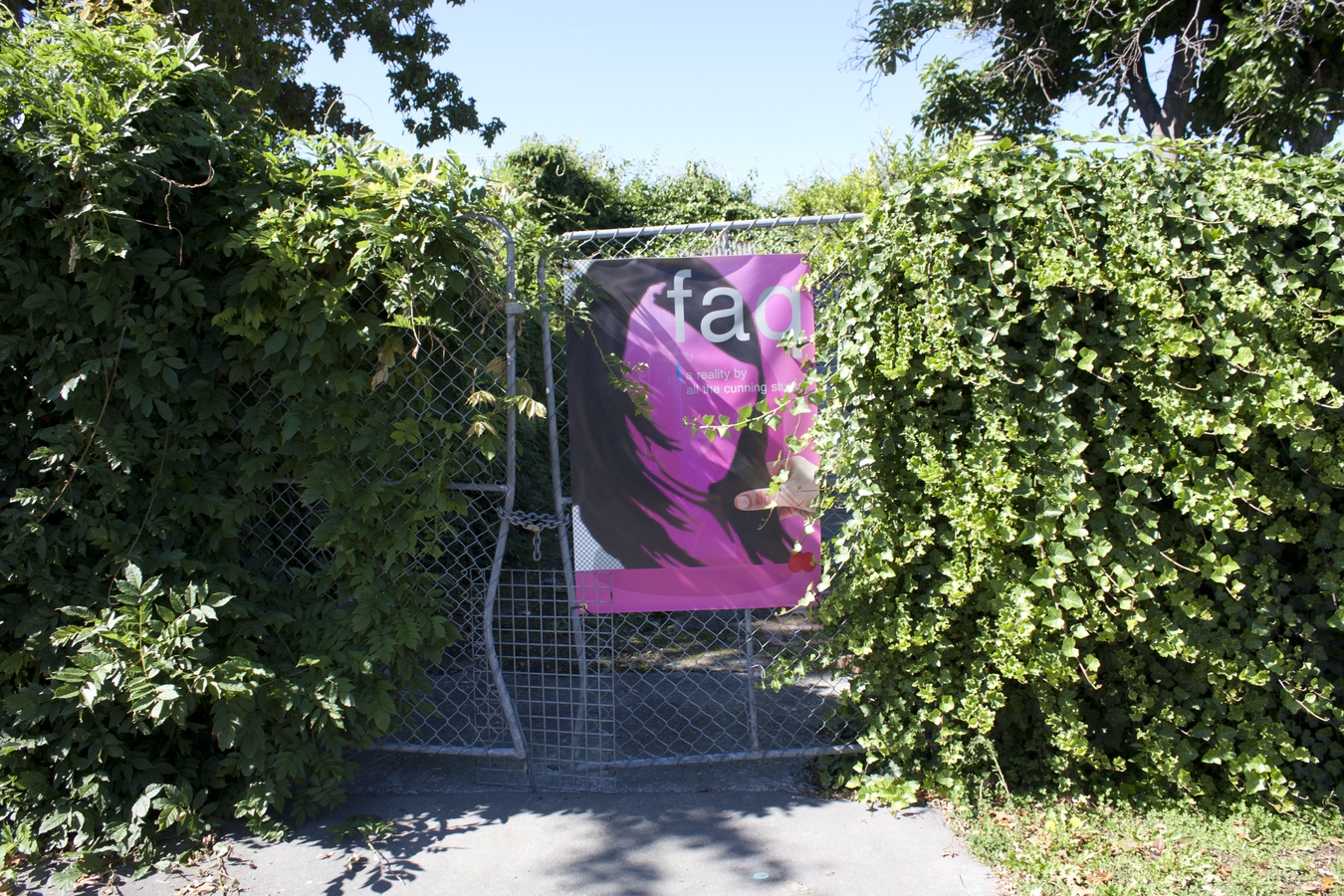 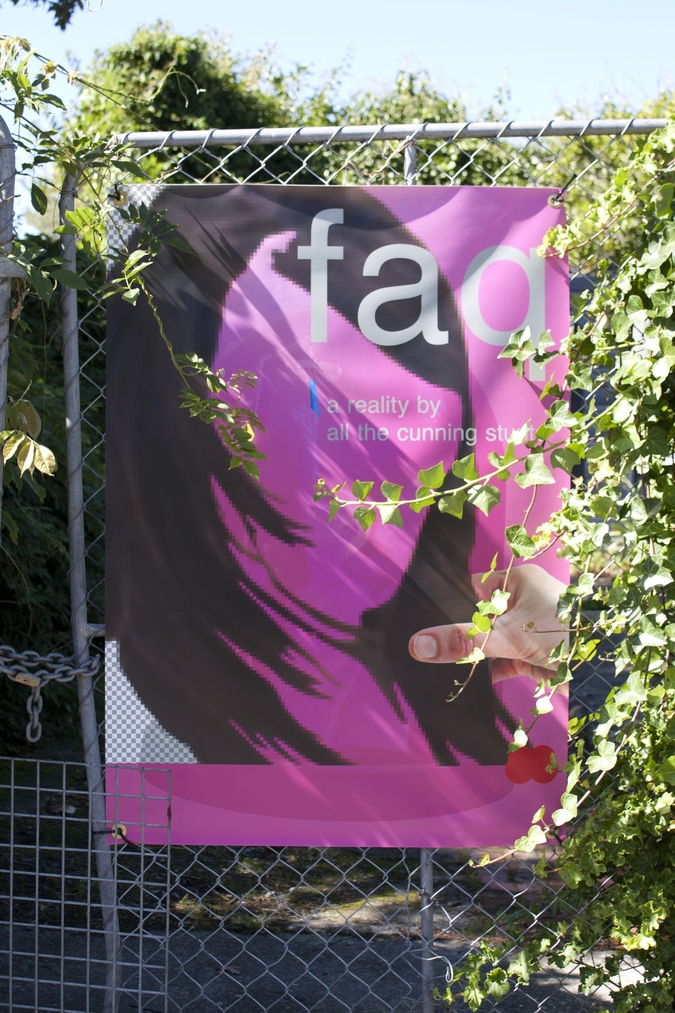 Woahmanchester (A Road Movie of Intrepid Dimensions) is a new public image series by All the Cunning Stunts that is visible at various locations along Manchester Street in Ōtautahi Christchurch, between The Physics Room and North Projects.

Woahmanchester continues the Stunts’ intrepid and glitter-inflected journey to locate a Leading Lxdy for their upcoming debut film. As the Stunts are not entirely sure whether this Lxdy already exists or is simply yet to be imagined, they are using their extensive media relations for the Woahmanchester image series to speculate on their Leading Lxdy’s career, and search for this elusive celebrity’s multiple dimensions.

The diverse community uses and multiple queer stories of Manchester Street and the surrounding area have influenced the visual and textual development of the Woahmanchester series, which happens in the Stunts’ behind-the-scenes digital studio. Interested passers-by and talent scouts alike can expect back stage passes, so stay tuned!

A blog of the production process will be live from the opening onwards.

Coming Soon! Woahmanchester (A Road Movie of Intrepid Dimensions) will be partnered with an upcoming contribution to Girls Like Us magazine, titled F+ (A Family Genre Comedy).

All the Cunning Stunts is a collective comprising of artists Liz Allan, Clare Noonan, Rachel O’Neill and Marnie Slater, who have been working together since 2010. Their work uses humour, an invitational tone and plenty of innuendo to experiment with alternative ways to imagine attraction, relationships and positionality, as well as to address mainstream representations of queer desire in popular culture and other commercial contexts.