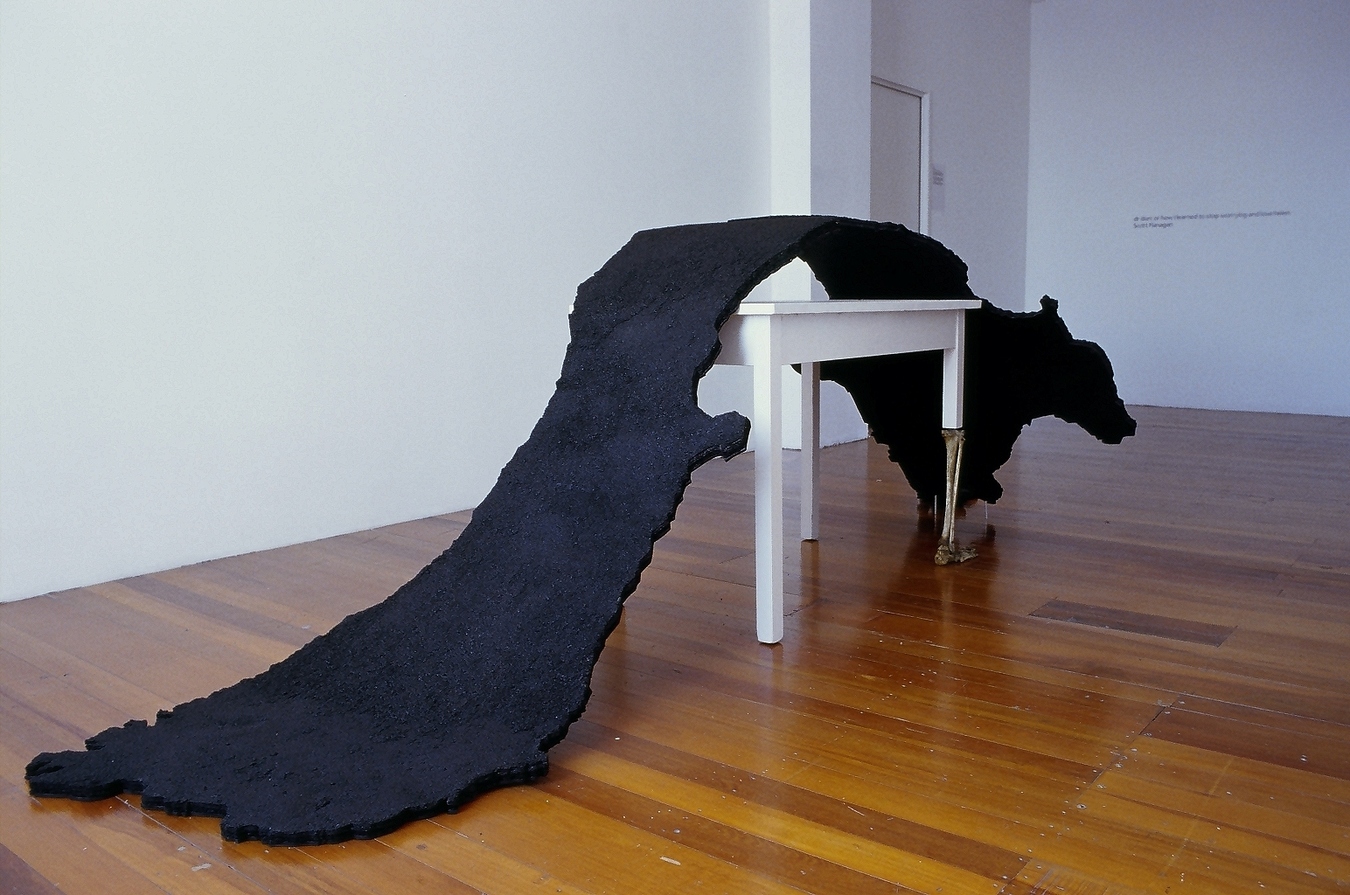 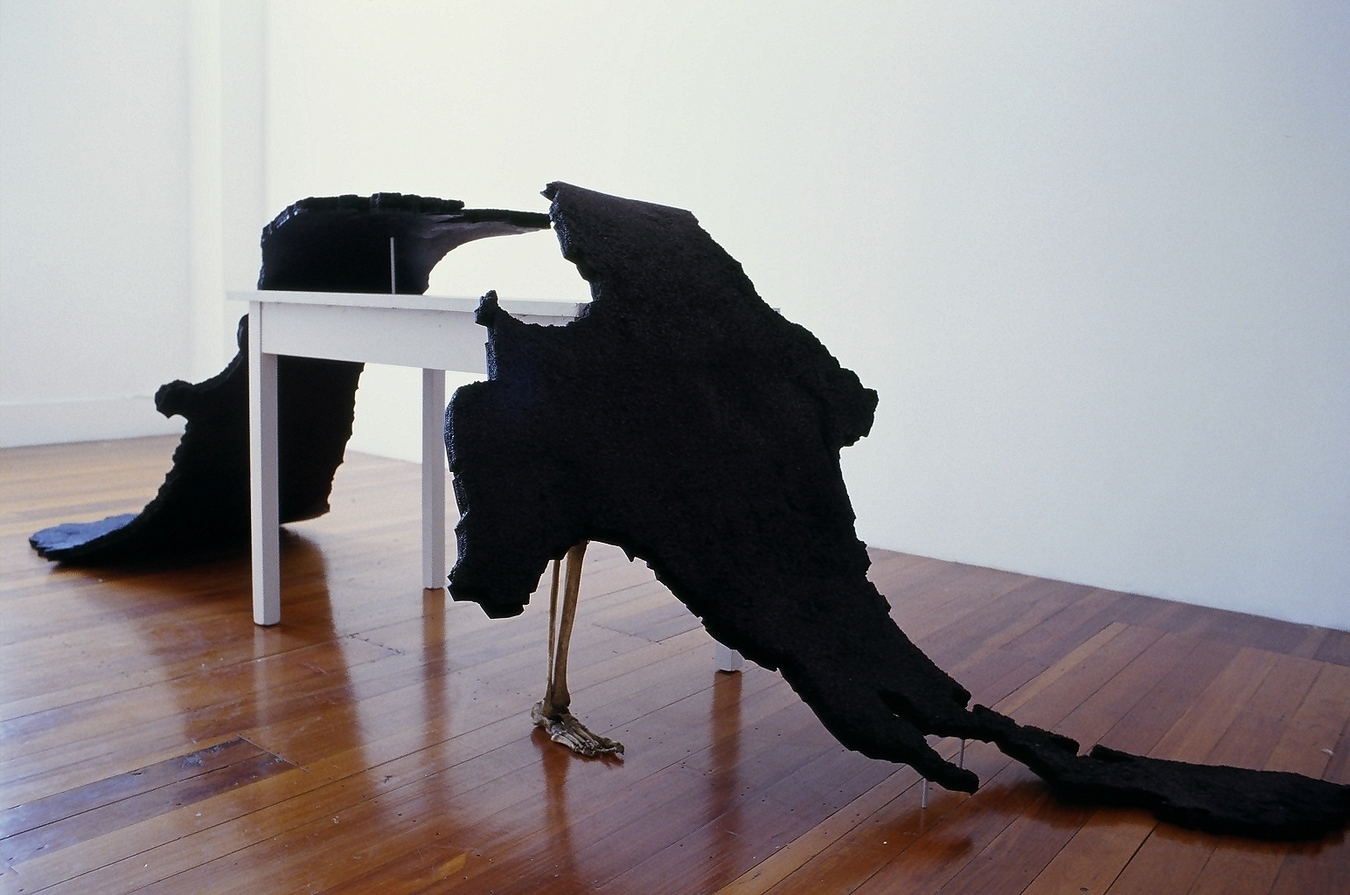 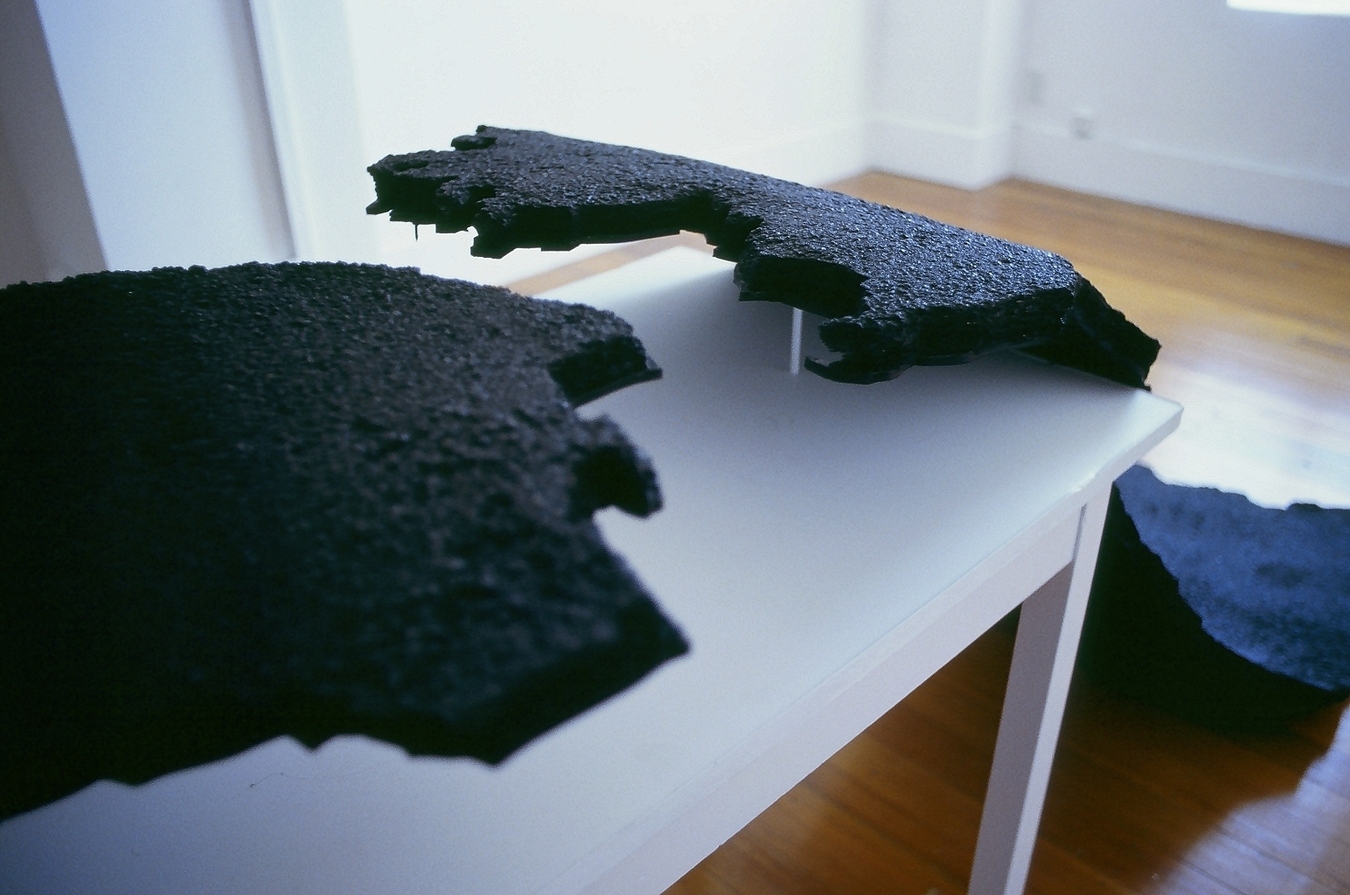 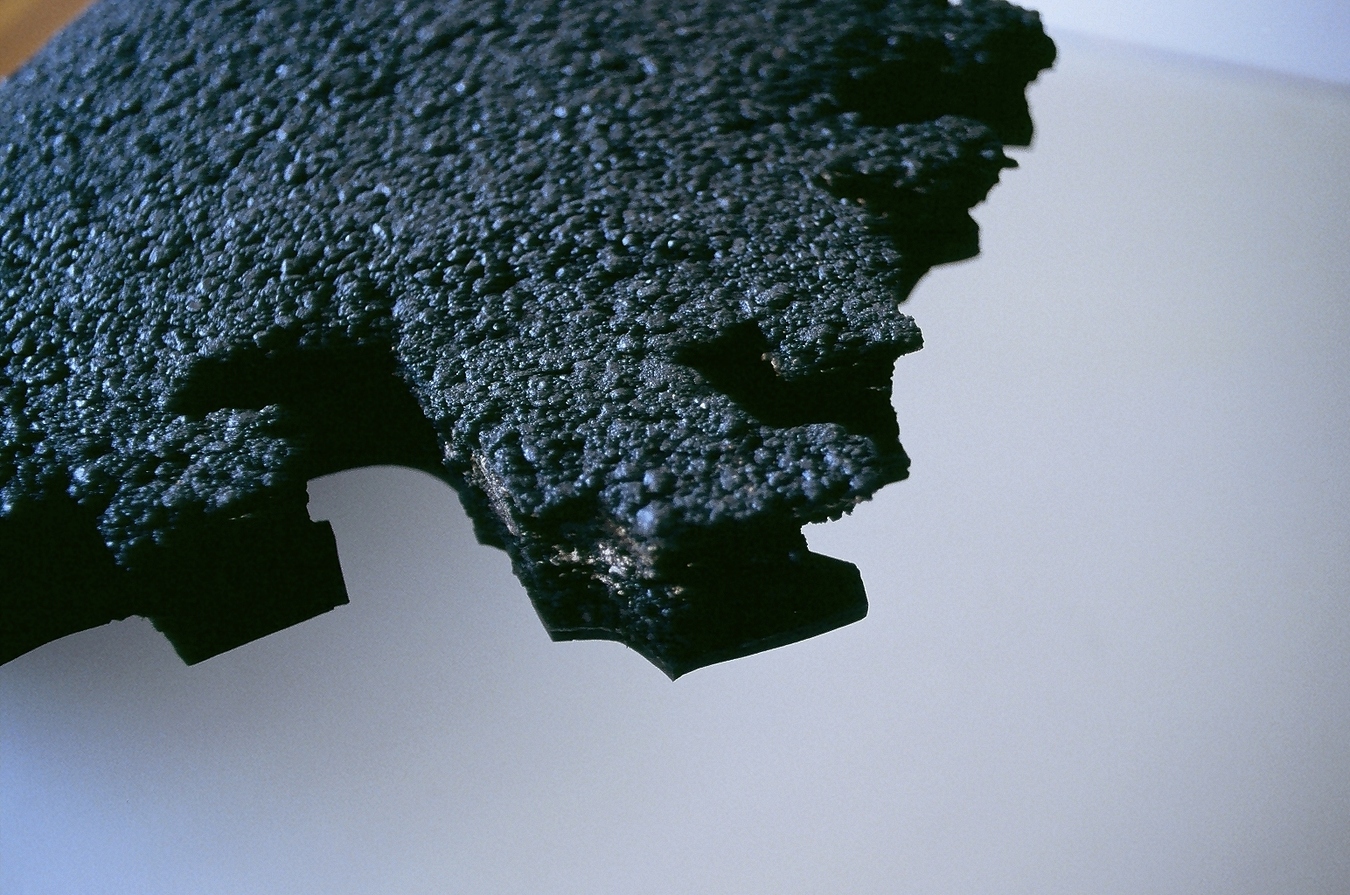 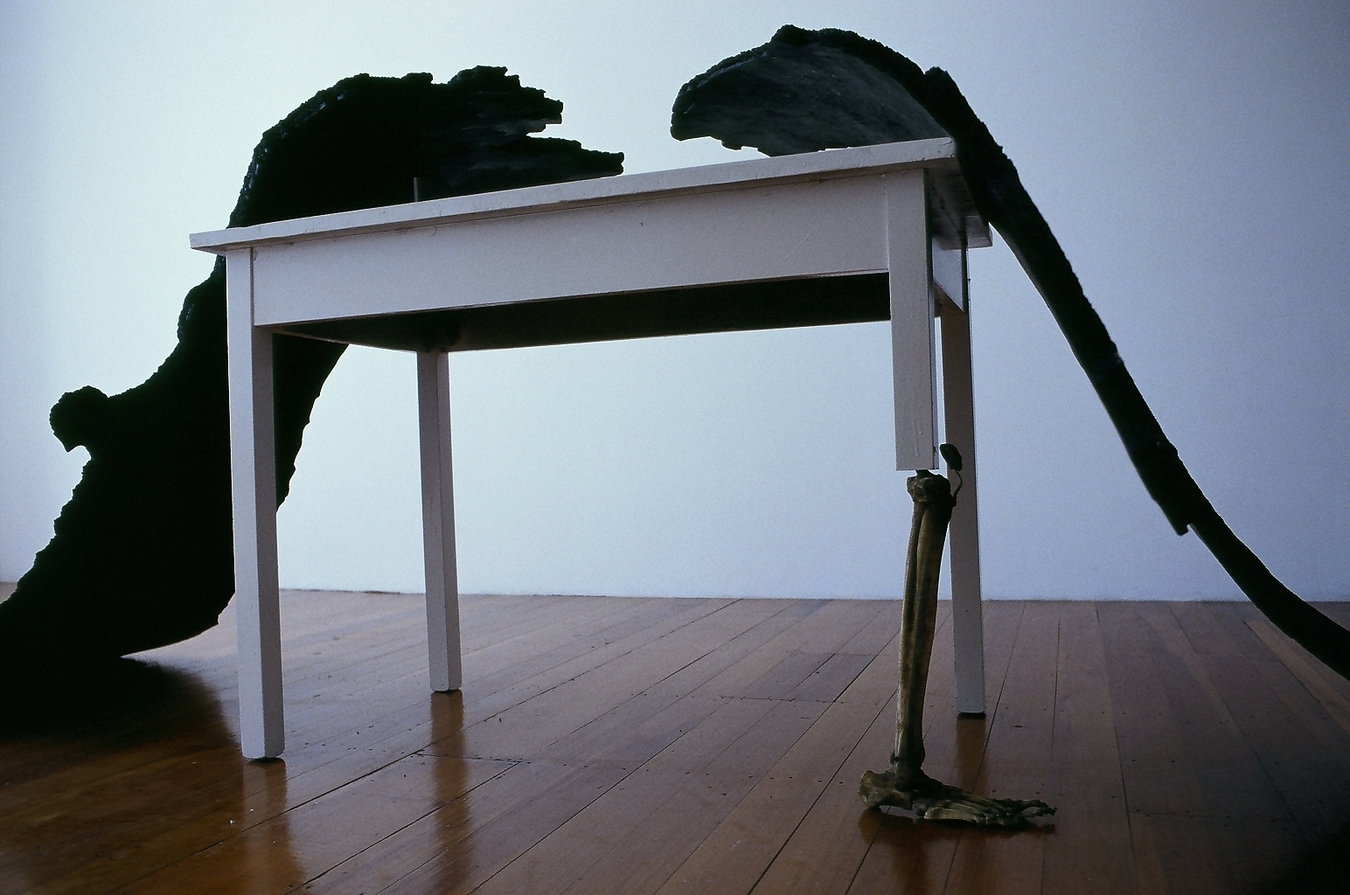 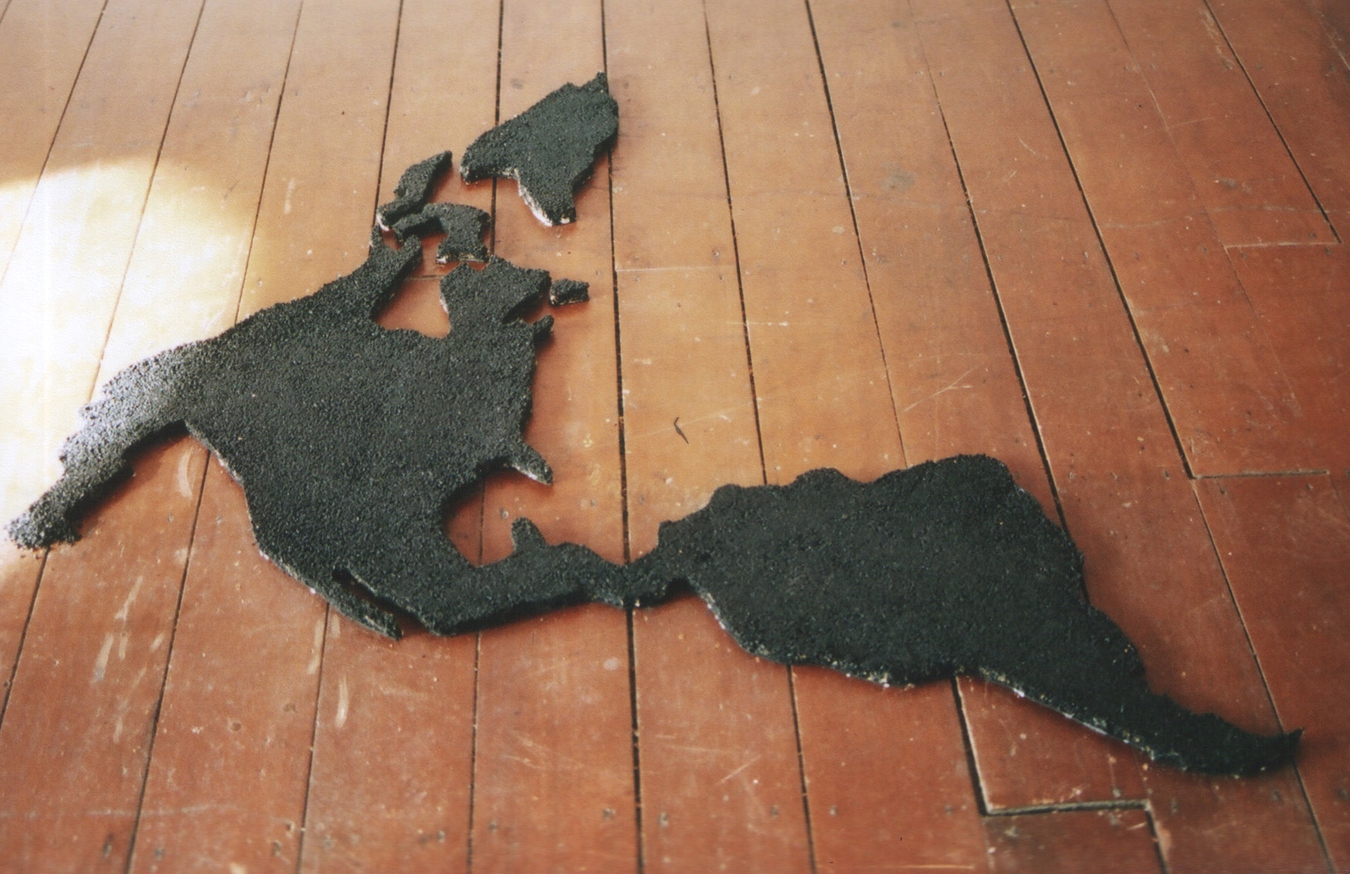 With an experimental aesthetic and politically informed practice, Scott Flanagan’s artistic career has remained slightly outside the mainstream and most of his exhibiting projects have been with artist-run initiatives. Previous works have included a painting series of large canvas crosswords as a device to demand viewer engagement (clues and pencils were provided by the artist).

Flanagan’s project at The Physics Room, Dr Don: or how I learned to stop worrying and love Helen takes as its title reference the 1963 Stanley Kubrick satirical film “Dr Strangelove Or: How I stopped worrying and learned to love the bomb”. Working in installation mode, Flanagan hopes to re-conquest current corporate & political propaganda, which he notes can only exist in society with a large degree of public compliance.

The installation centres around a large map of New Zealand cast in asphalt and moulded to the shape of a bell-curve. Flanagan sees the bell-curve and other tools of statistical appropriation as methods of “institutional norms” hindering the development and understanding of what the human is.