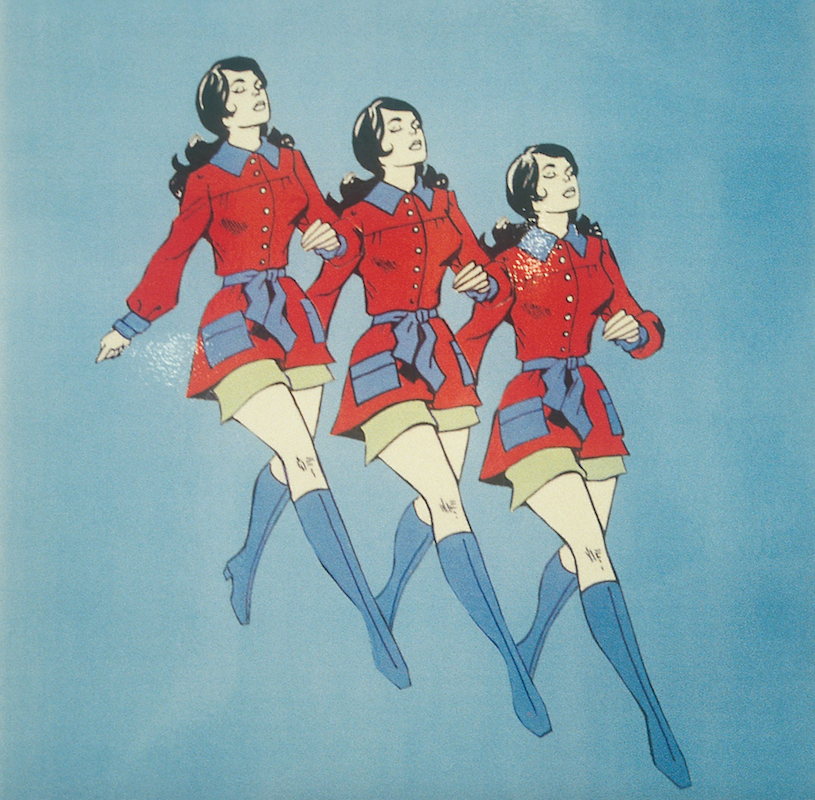 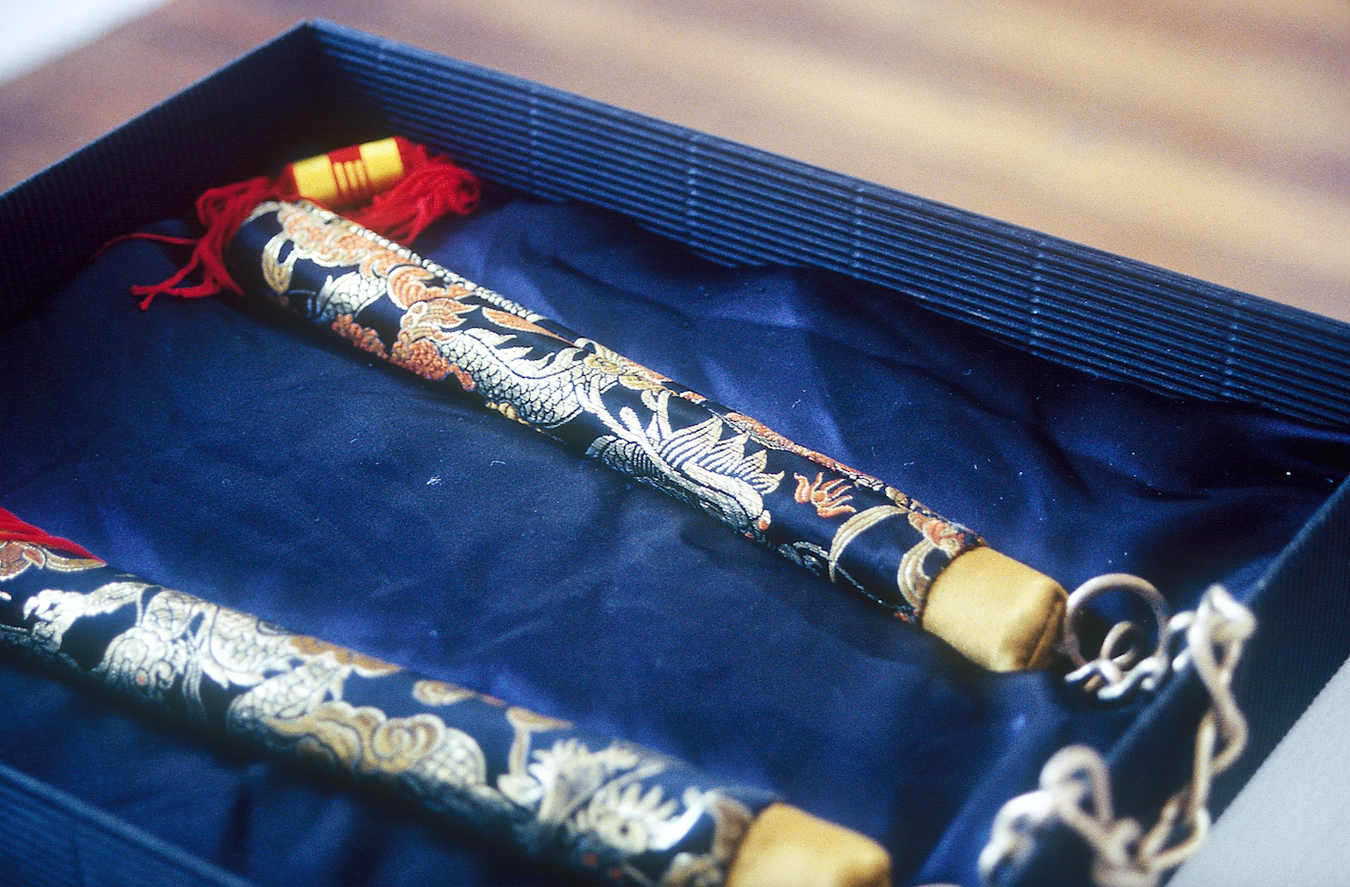 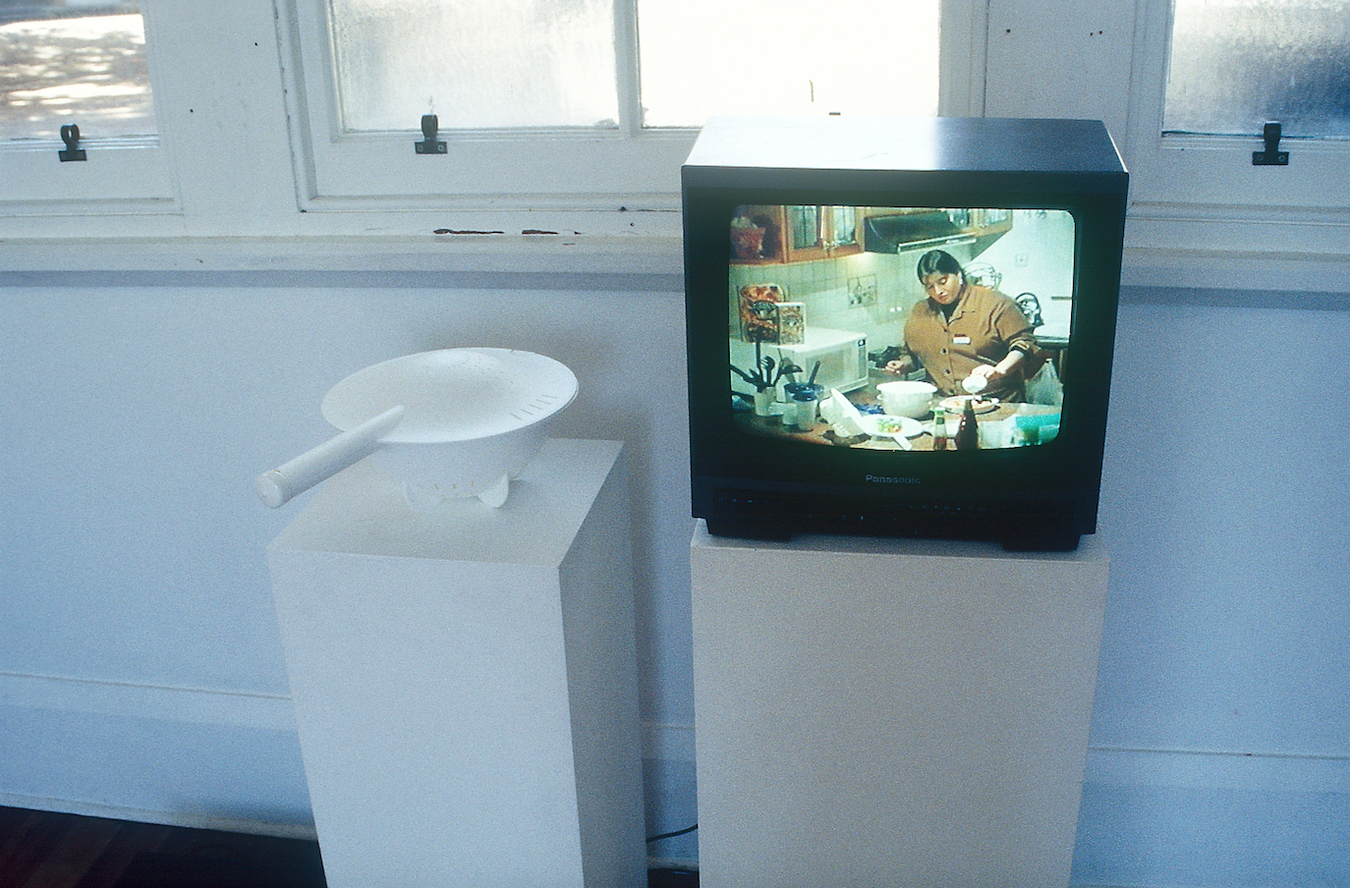 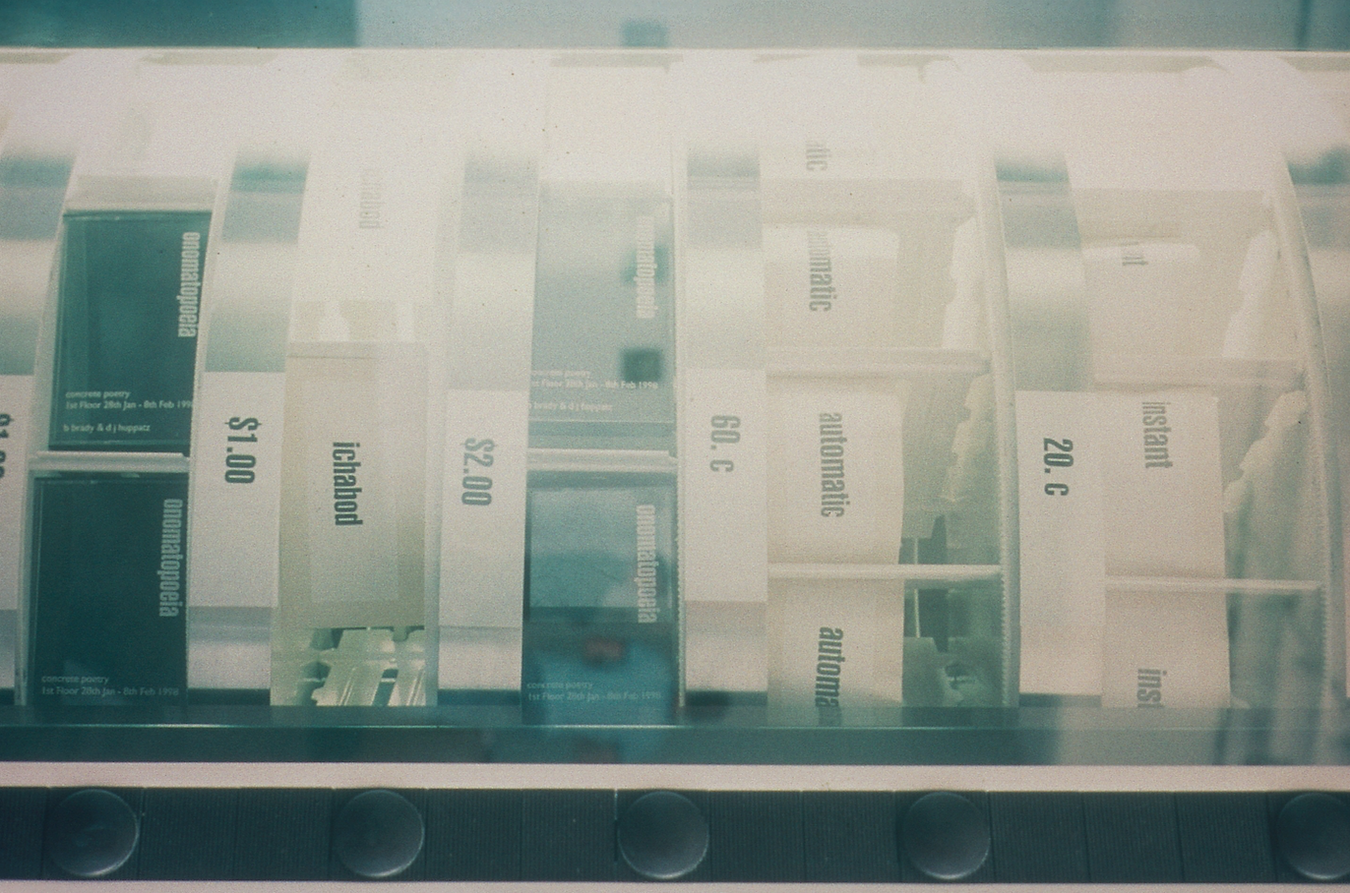 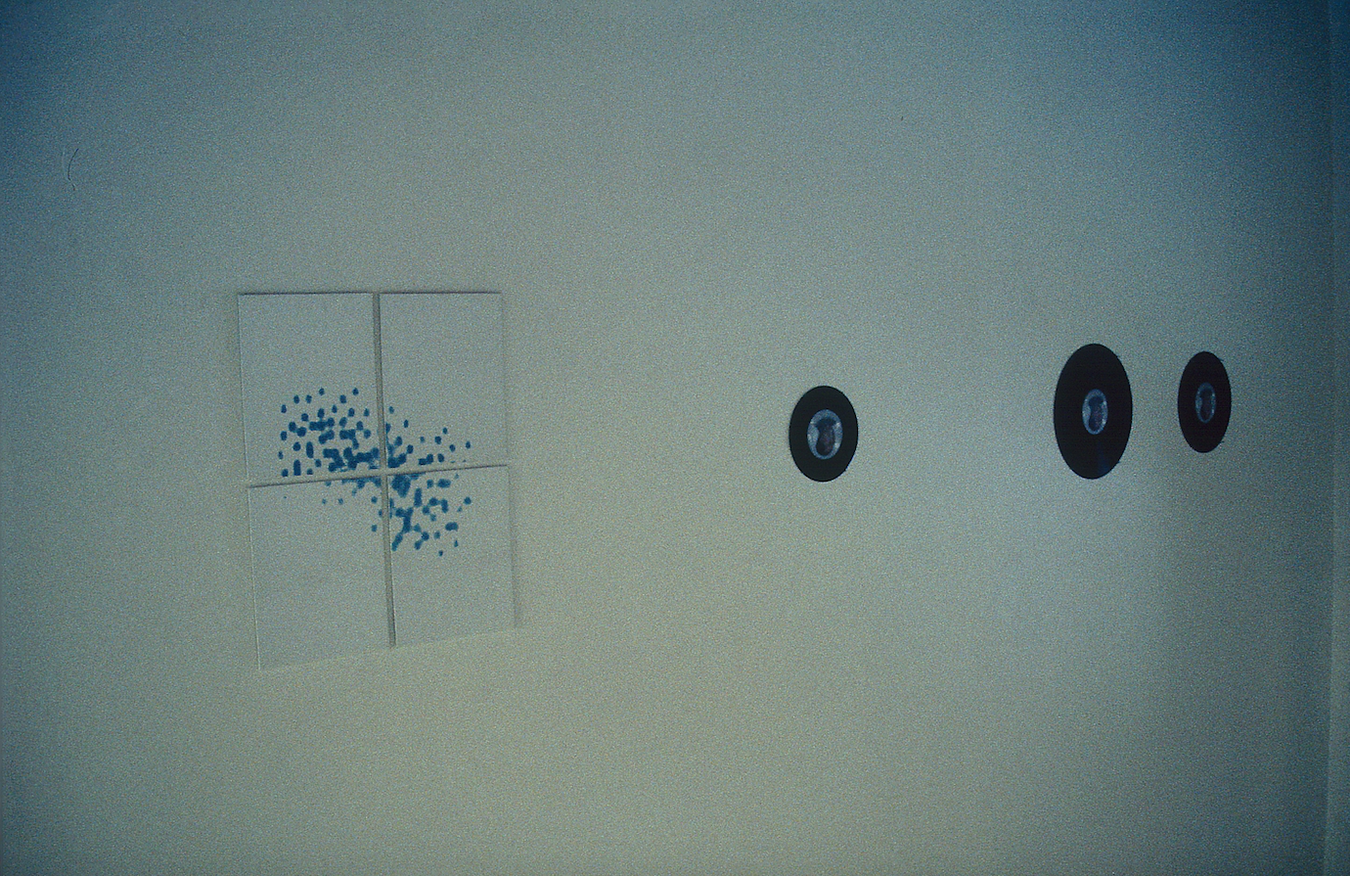 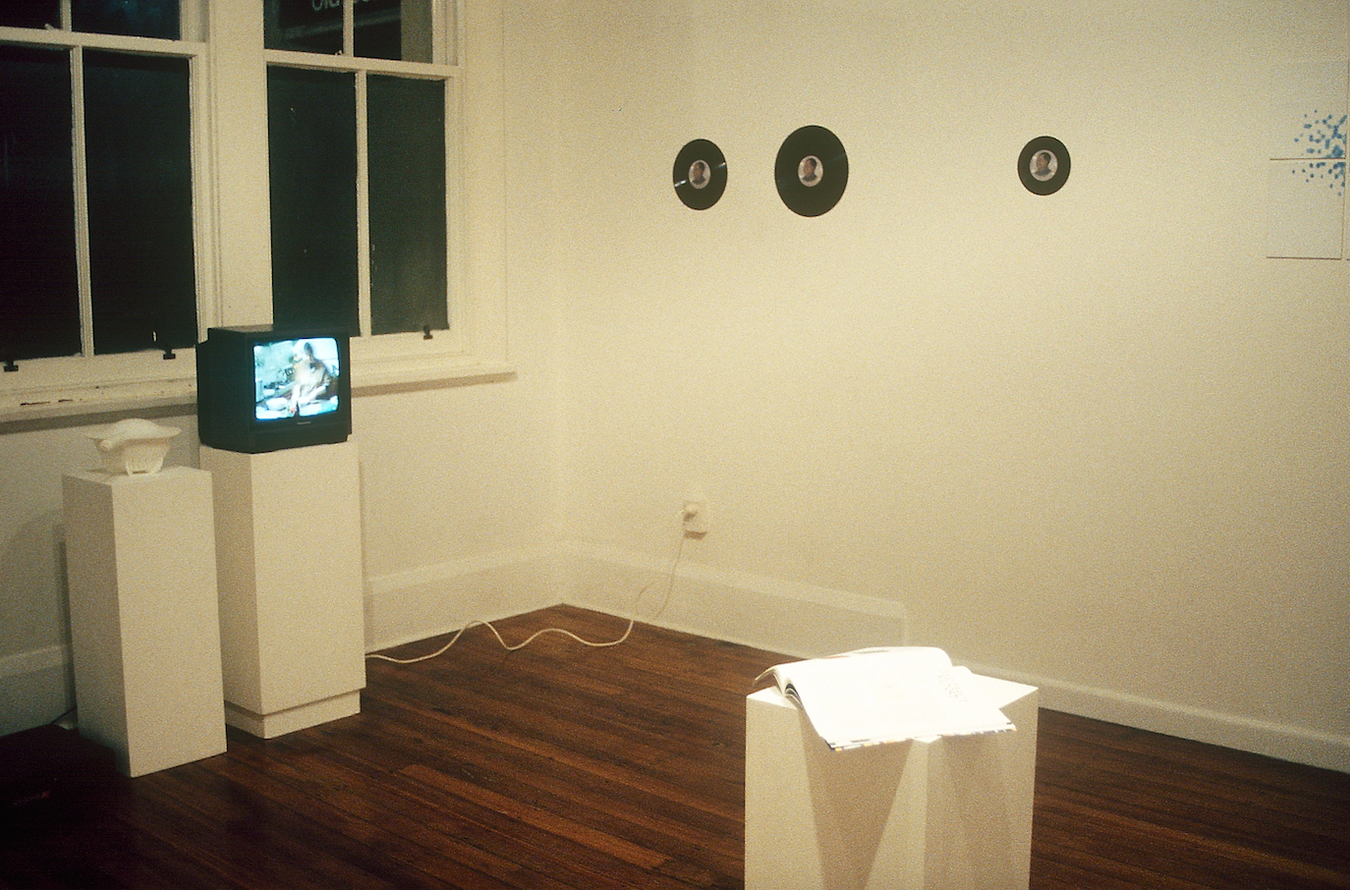 When I first moved to Melbourne in the summer of 1994, Fitzroy was the place to be. Cafes, bars, restaurants, op shops and galleries abounded, filled with artists, actors, writers, musicians and students. Fitzroy was home to a diverse range of people from different backgrounds. Rent was cheap, the cafes were cheap, eating out was cheap. Everyone I met seemed to live in or around Fitzroy. Founded in April of that year, 1st Floor started in David Rosetzkyís warehouse home on Napier Street and existed as an independent exhibition space on Fridays, Saturdays and Sundays only.

A core group of artists and writers soon formed and one of the initial aims of the group was to encourage collaboration between artists and writers. For artists, this was an acknowledgment that contemporary art could included writing as an essential part of installation-based practice. For writers, the gallery presented the possibility of a space where writing was valued beyond its usual function of justifying, documenting and contextualising an artwork. The initial idea was to have each exhibition at the gallery accompanied by a number of short texts. Moving beyond pure theory or explanation, the writers at 1st Floor attempted to adopt a position contingent to that of the artwork, emphasising the subjectivity of the writer and the catalogue essay as a creative form. While catalogue texts still accompany many of the exhibitions at 1st floor, core-group writers have regularly become involved in collaborative and solo installations which seek to overcome the limitations of the catalogue medium, establishing an alternative framework for their practice called Textbase, a project comprised of a series of exhibitions and an ongoing publication.

Since 1st Floor moved to a more permanent space in 1995 (again in Fitzroy), the focus of the space has diversified. Now 1st Floor is part of a dynamic scene that includes not only artists and writers but others involved in cultural production, particularly in the fields of fashion and design. What has continued is the emphasis on cooperation, collaboration and exchange between practitioners from different fields. This has included links and exchanges with other artist-run spaces, particularly in Sydney and New Zealand, as well as more inclusive exhibitions such as "1st Floor Colouring Contest" and "One Hour Photo" that could include a wider 1st Floor community.

Over the last four years, 1st Floor's core group of artists and writers have been engaged in an archeology of contemporary surfaces, a post-conceptual project with both pop and poetic interests. It is an archeology which involves delving into the consumer world of surfaces, manufactured identities and prefabricated roles. It is an archeology which investigates the reception of visual art in a consumer society, the poetics of art writing, and the creation of new contexts for artistic production. 1st Floor's aesthetic is mediated by such tangible elements as advertising, fashion, design, film and TV. On the other hand itís also mediated by cultural theory, philosophy, psychoanalysis and poetry. In a global consumer society, these are transferable (and possibly transparent) commodities, taking on different values and meanings across different contexts.