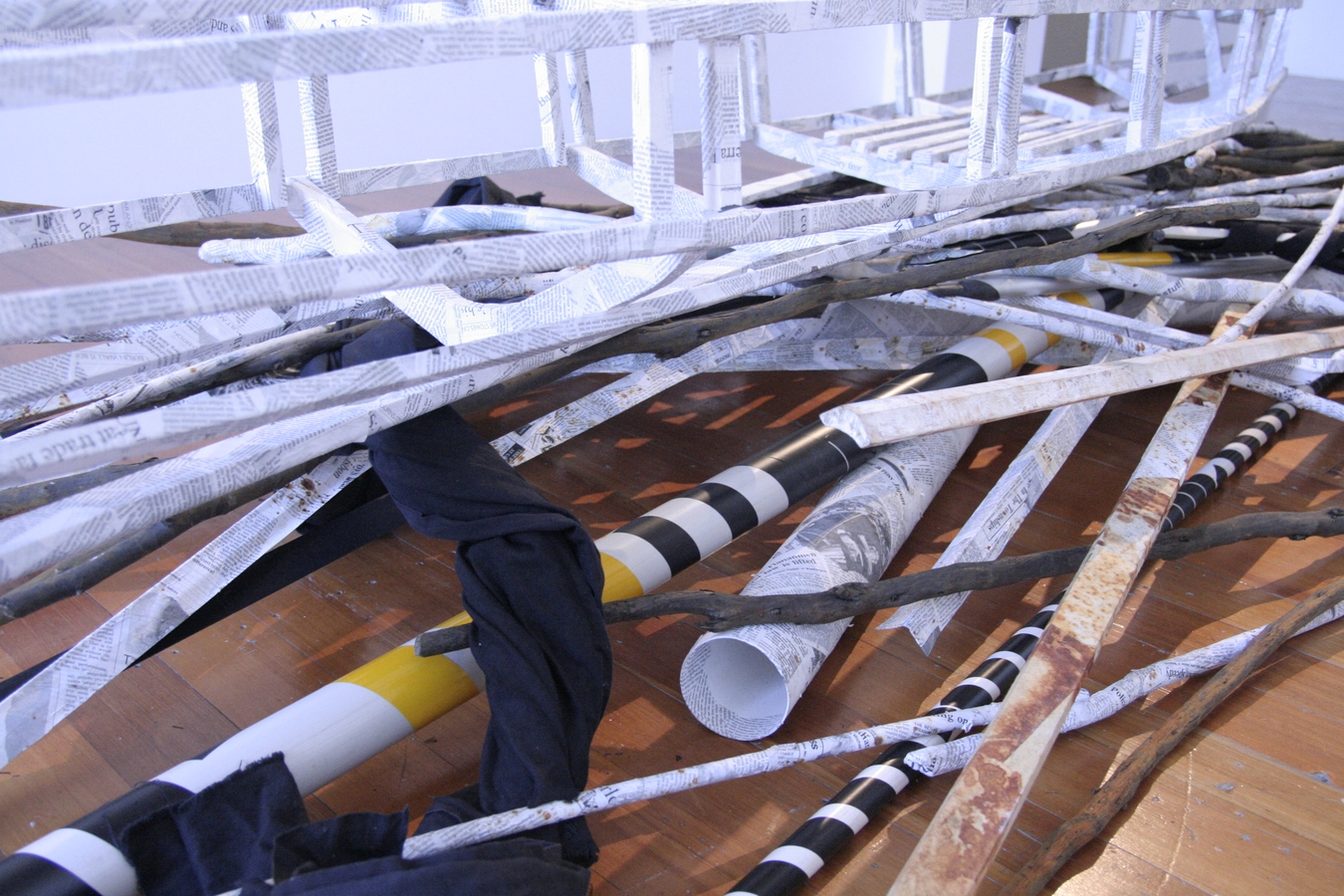 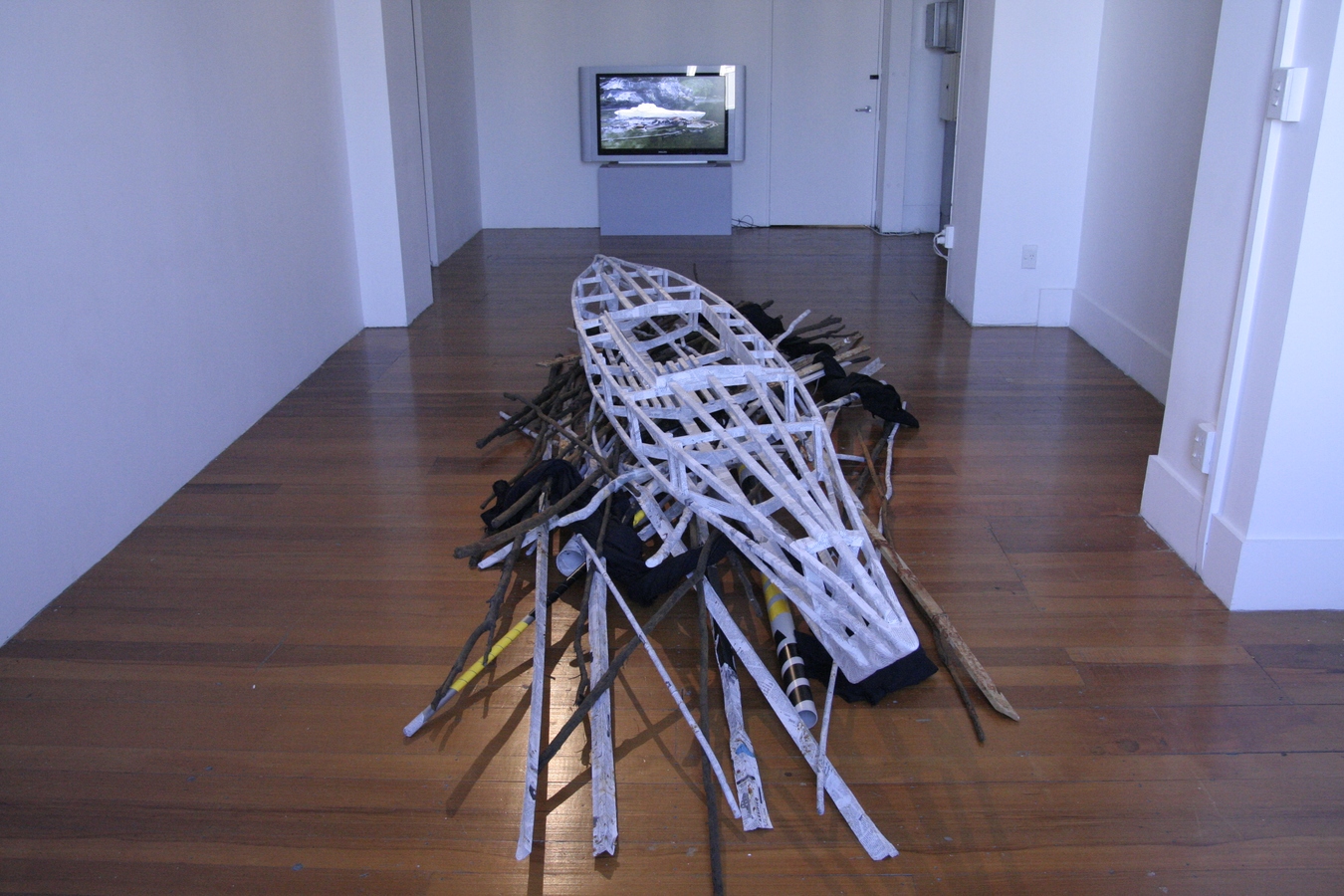 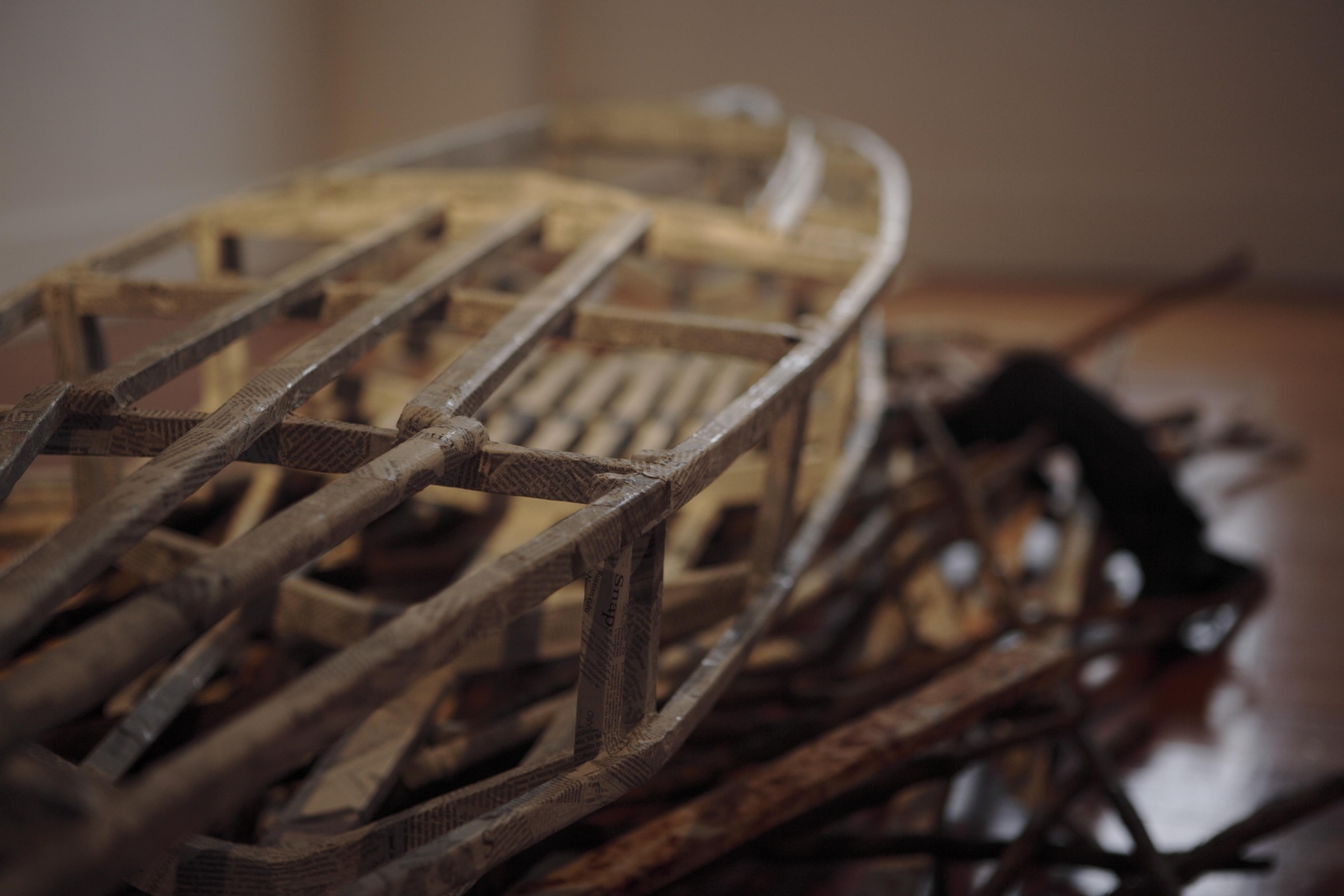 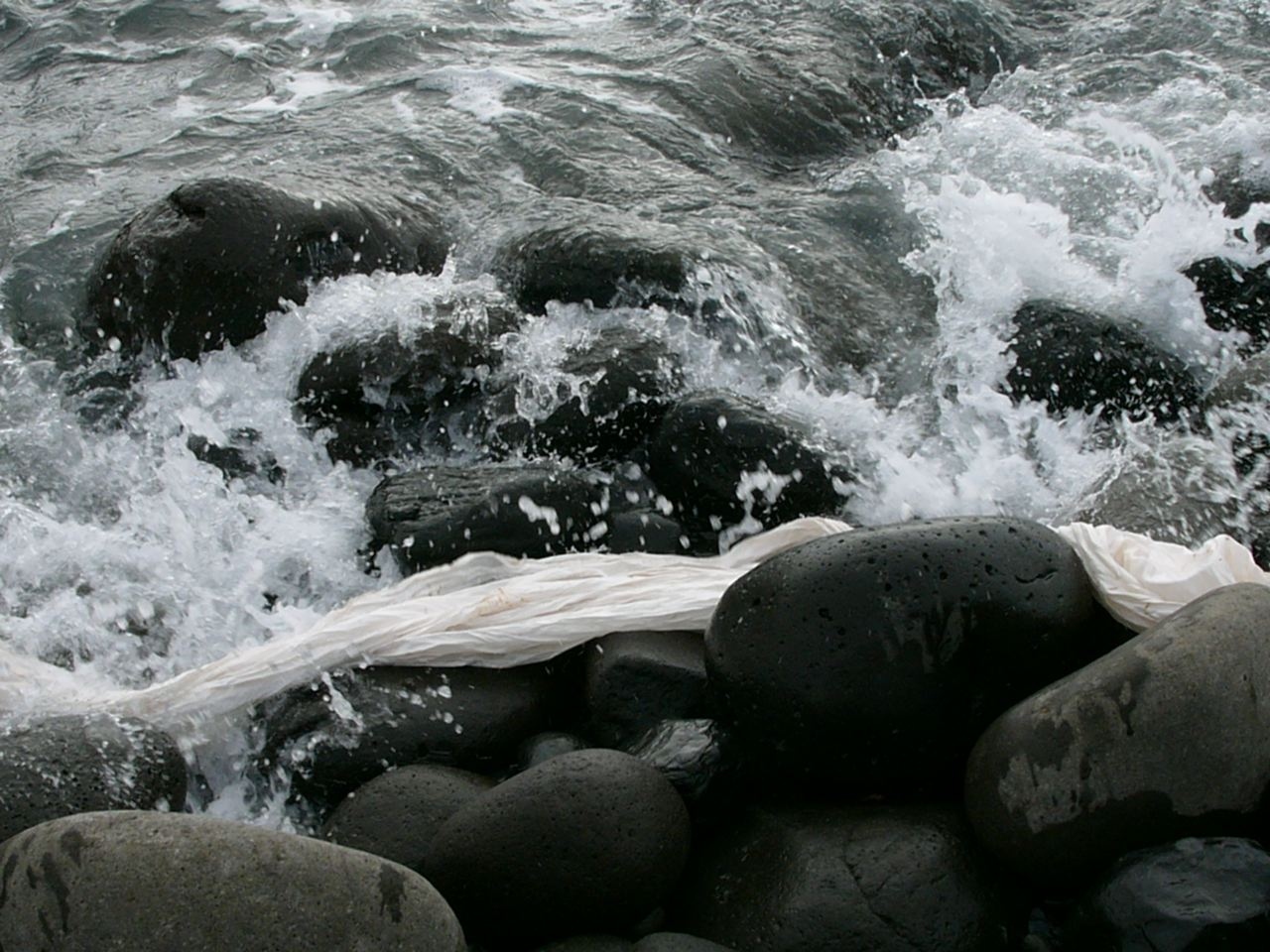 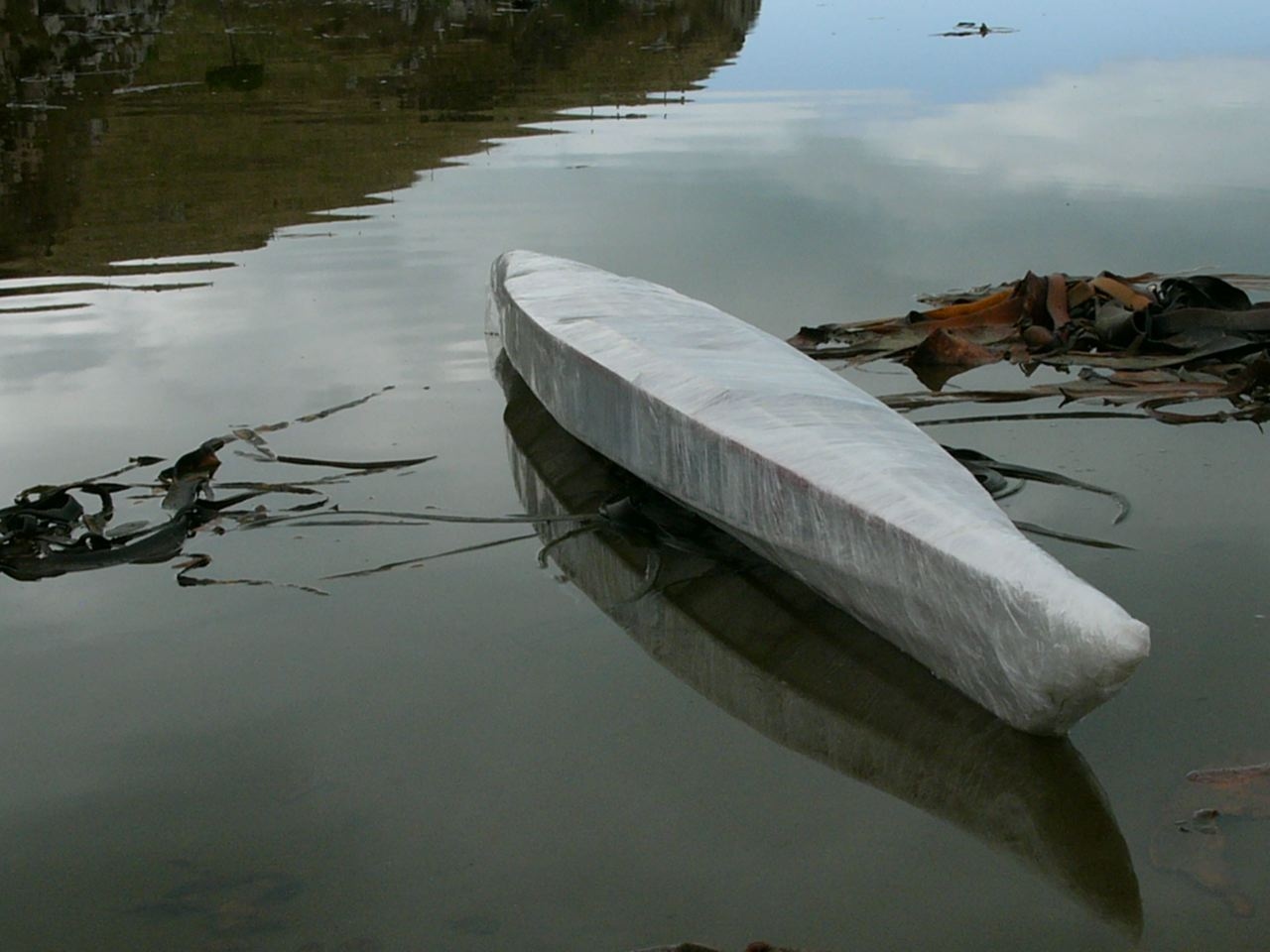 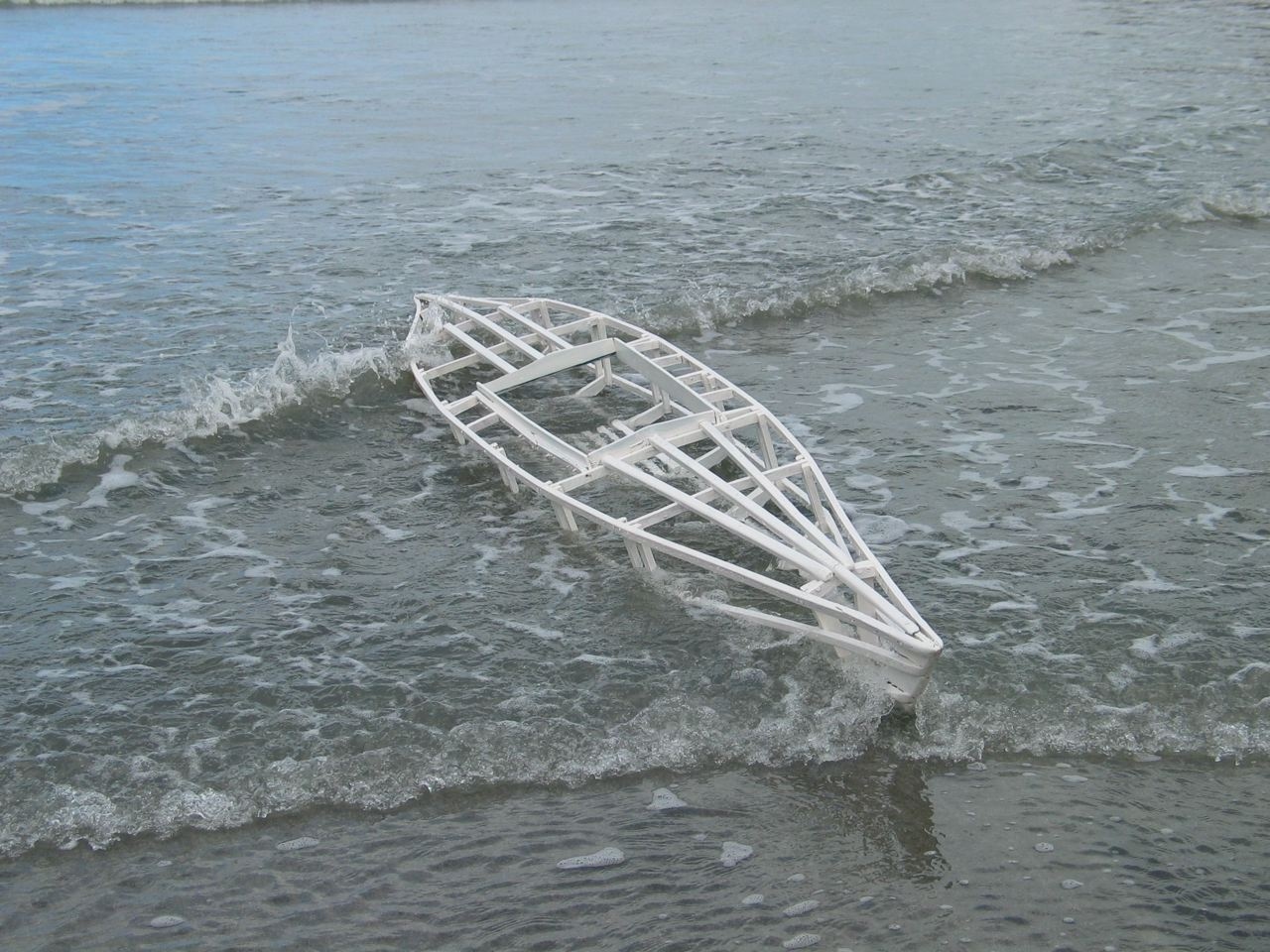 With patient, transient processes, over the course of the last 30 years Pauline Rhodes has been gathering, working with, and then redistributing materials within the New Zealand landscape. Interested in the physicality and sensations that comprise any experience of place, Rhodes’ investigations explore the hypnotic formal attributes of simple scenarios alongside the cyclic, enduring processes that keep local environments alive and in motion.

Through a process of transference, Rhodes re-orientates our shared expectations of cultured, purposefully manufactured materials and objects within the raw context of the natural landscape. In her own words she describes her working method as one in which “ambiguities, disjunctures and fractures are inbuilt” and her practices can easily be read as testaments to the mercurial nature of sites, histories and the imperfect permanence of materials.

Rhodes’ dedication to ephemeral processes and context-specific experiences both informed and affirmed the post-object traditions and performative interventions that emerged in art during the 1970s here in New Zealand. As Christina Barton explains in Ground/Work: The Art of Pauline Rhodes, “both indoors and in the environment her works function not as discrete objects but as punctuation marks in a semantic field of matter, material and meaning.”

In as much, King Tides Rising, which presents the skeletal structure of a white framed vessel lying static within the gallery while documentation of its earlier, thwarted voyage is projected within the space, also steps outside of Rhodes’ familiar way of presenting her efforts as either an ‘extensum’ that stretches materials out within the natural environment, or an ‘intensum’ that formally congregates materials within a gallery context but doesn’t necessarily highlight the traces of experience and process that brought them there.

For The Physics Room, Rhodes allows her longstanding operational tactics to purposefully collide and leave their testimonial debris like a high tide mark within which others are invited to read the chaos and resilience of the personal and elemental processes that have shaped this work.

Born in Christchurch, Pauline Rhodes lived in Wellington, Westport and also abroad in Nigeria and England before returning to Christchurch in 1970. She obtained her Diploma of Fine Art in Sculpture at the University of Canterbury in 1974. Rhodes began her outdoor projects in the mid - 1970s and was the first recipient of the Olivia Spencer Bower Award in 1987. She has exhibited her work in conjunction with a wide range of New Zealand galleries. Recent projects include: Intensum/Extensum 1981, ARTSPACE, Auckland, 1998; Site specific installation as part of The Oblique Trust’s Otira Project, 1999; Ziggurat 2000, Art & Industry Biennial, Christchurch, 2000; Toxic Gains, The Physics Room, Christchurch, 2000; Drink, The Physics Room’s Kiosk, Christchurch, 2002; Groundplates, Gridlocked, Christchurch, 2004; Gathering Intensities, Blue Oyster Gallery, Dunedin, 2006.