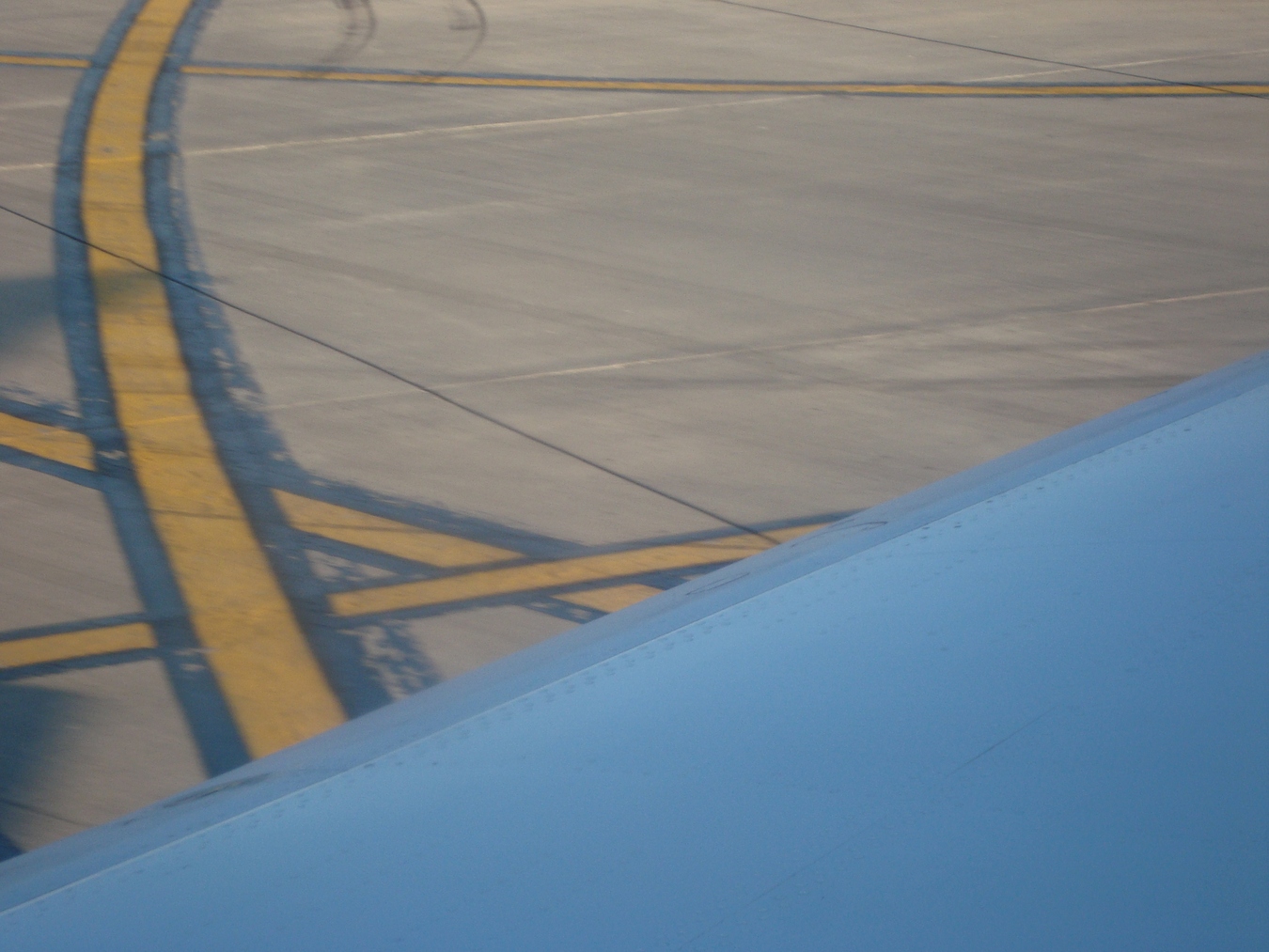 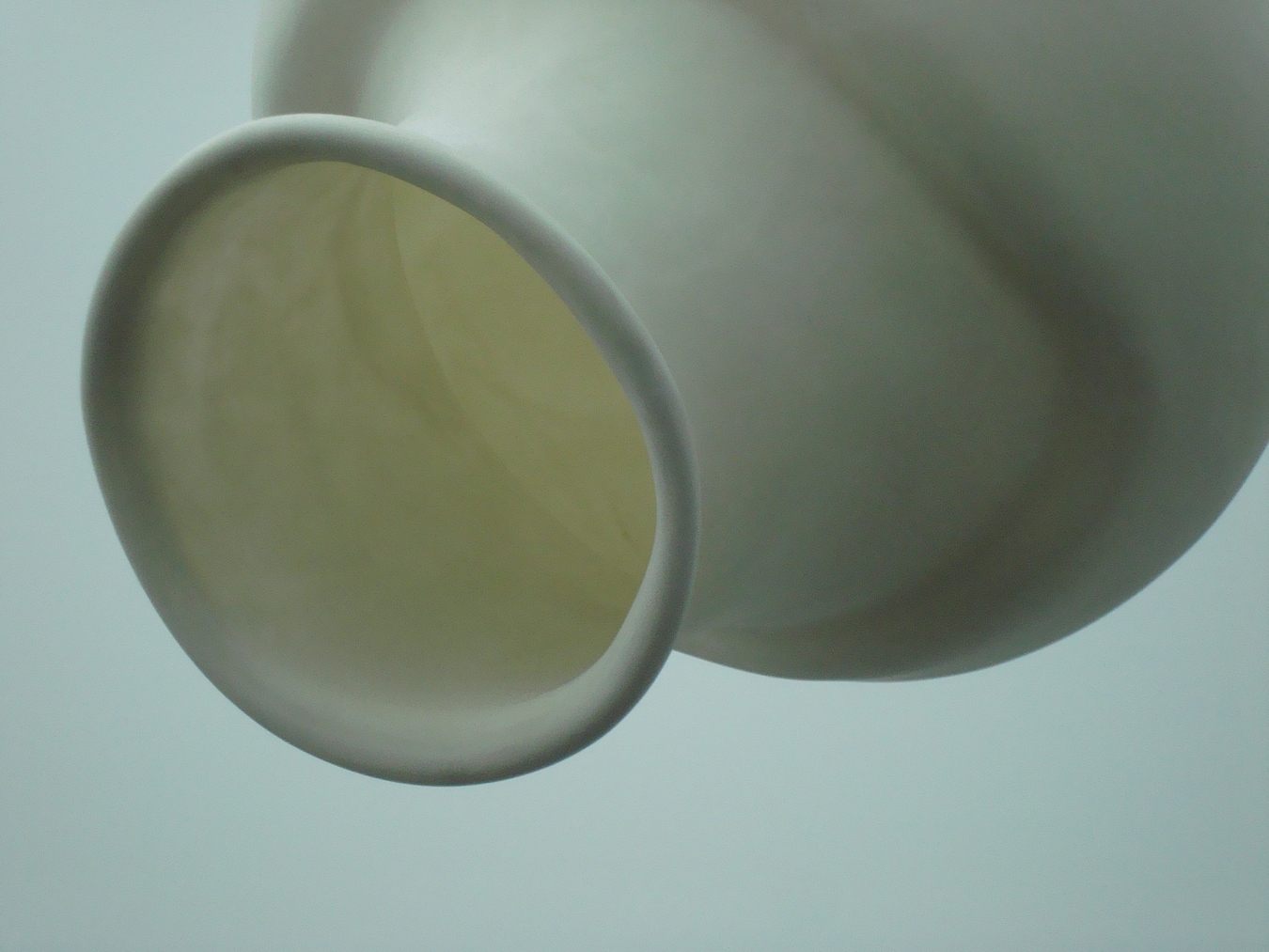 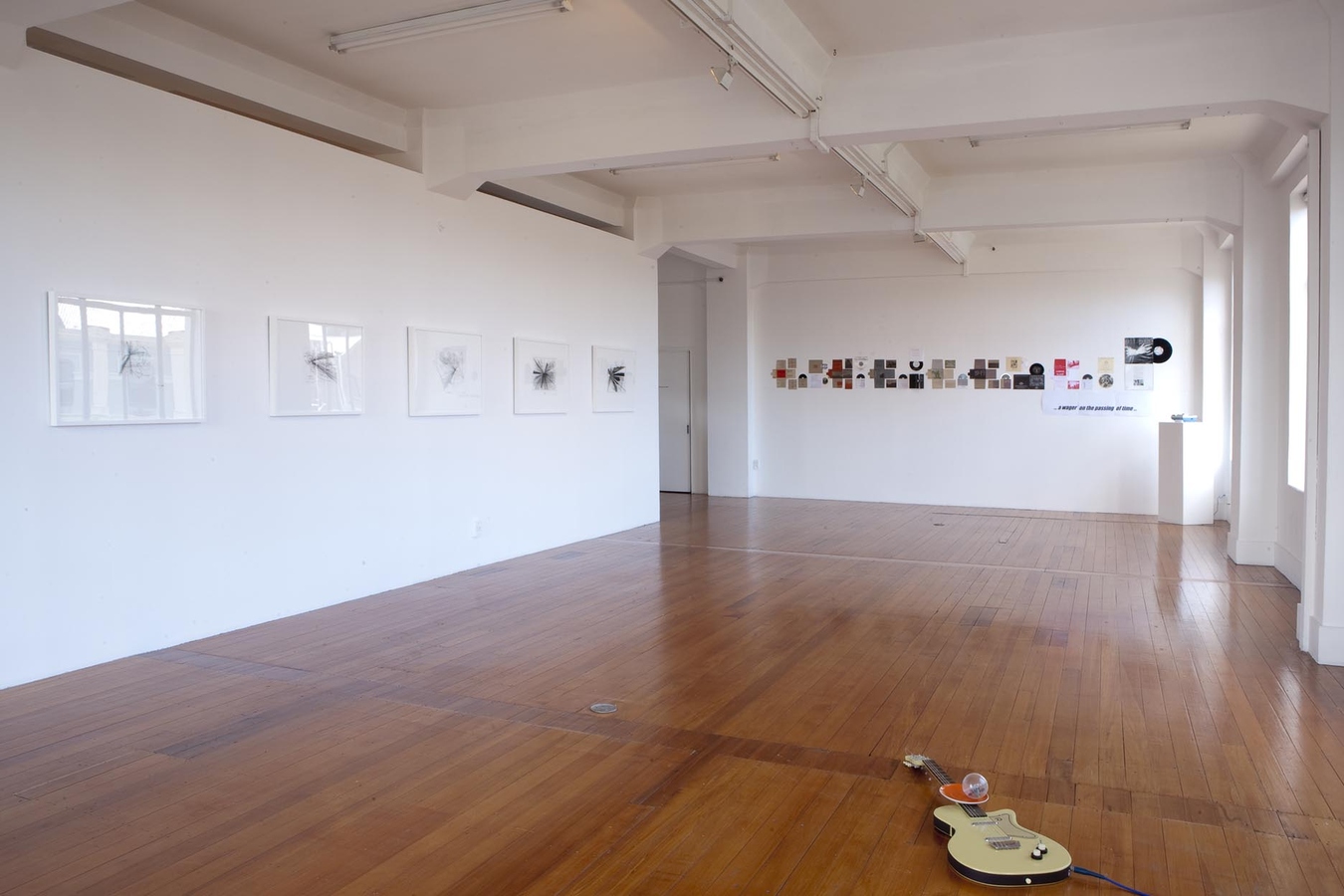 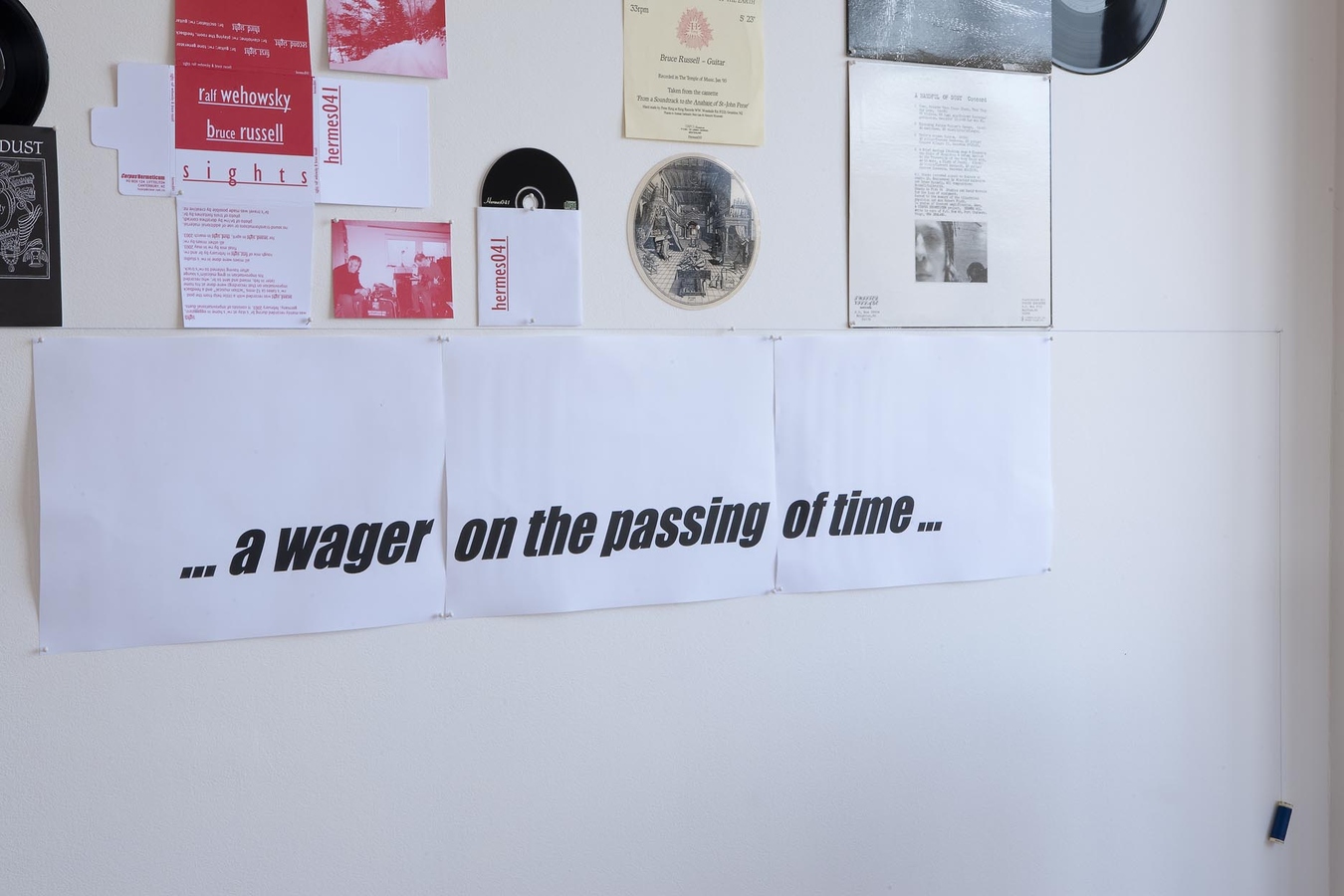 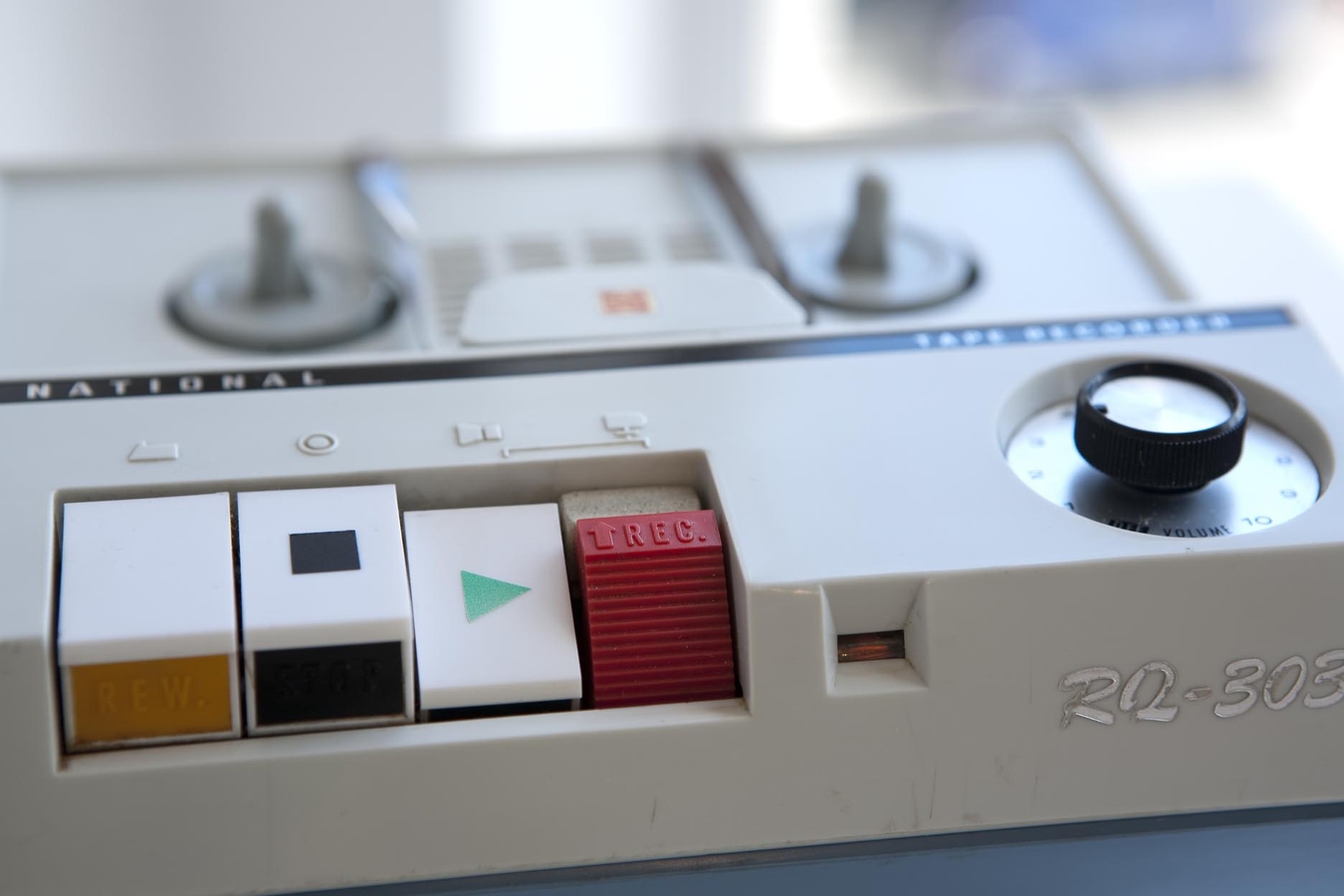 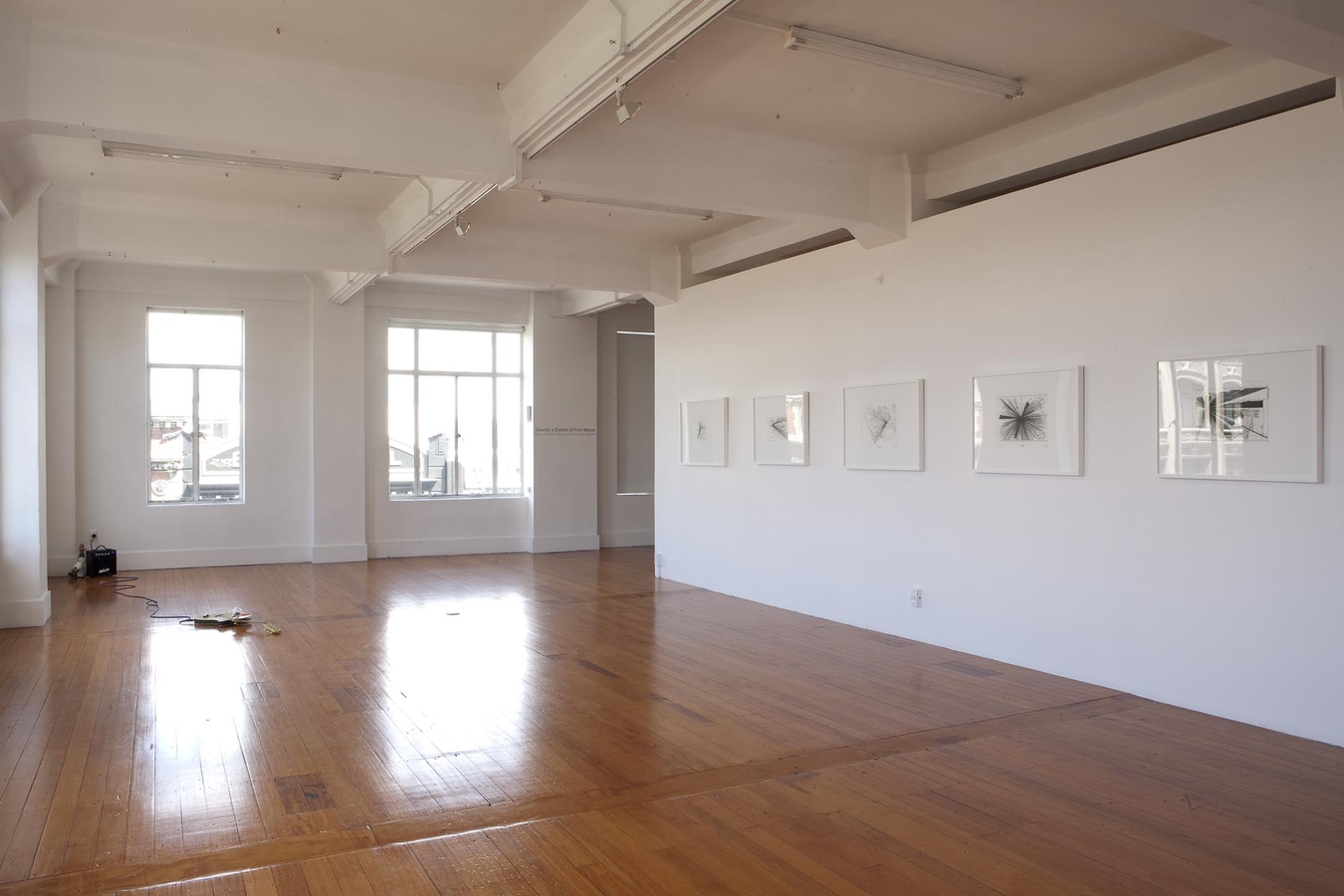 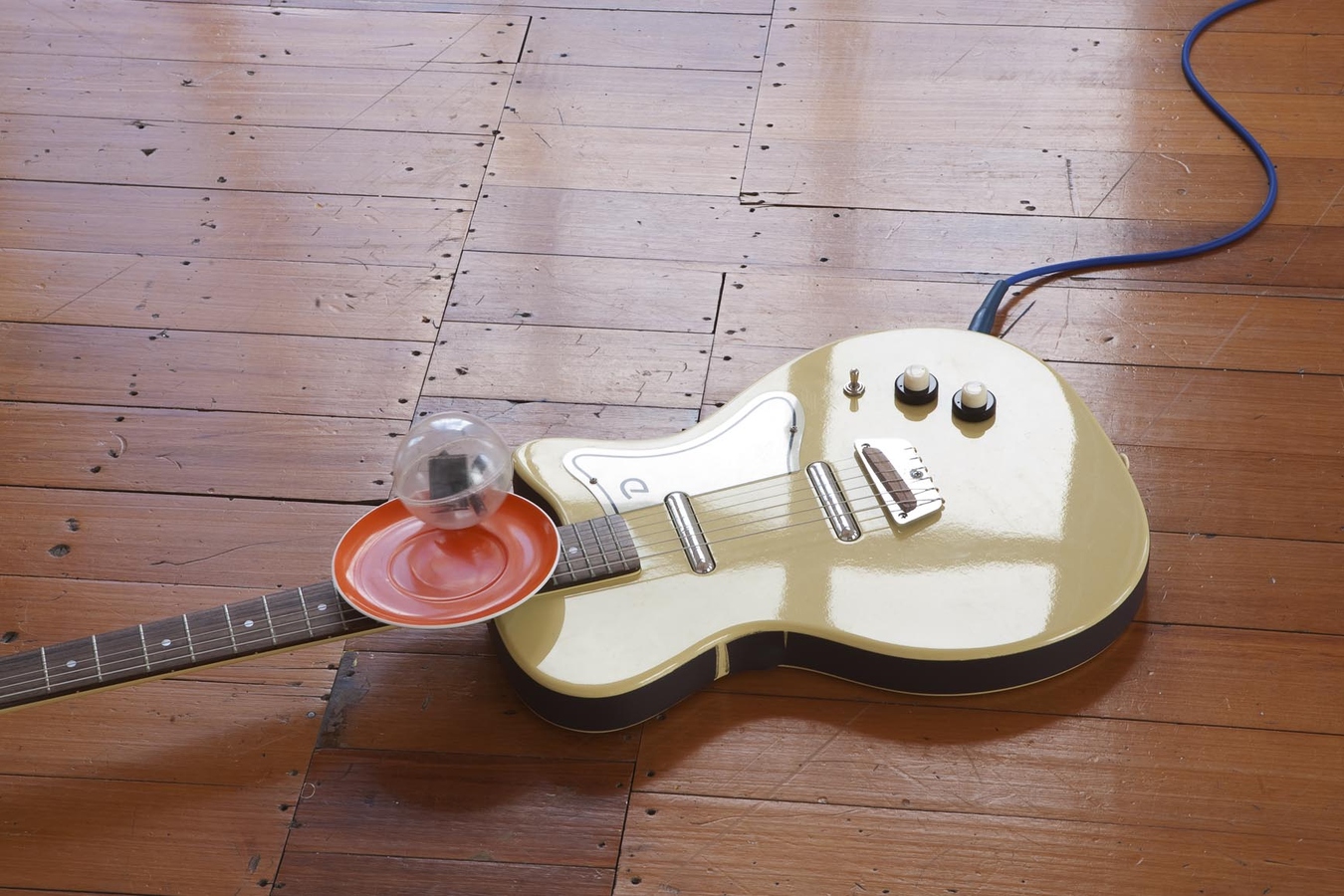 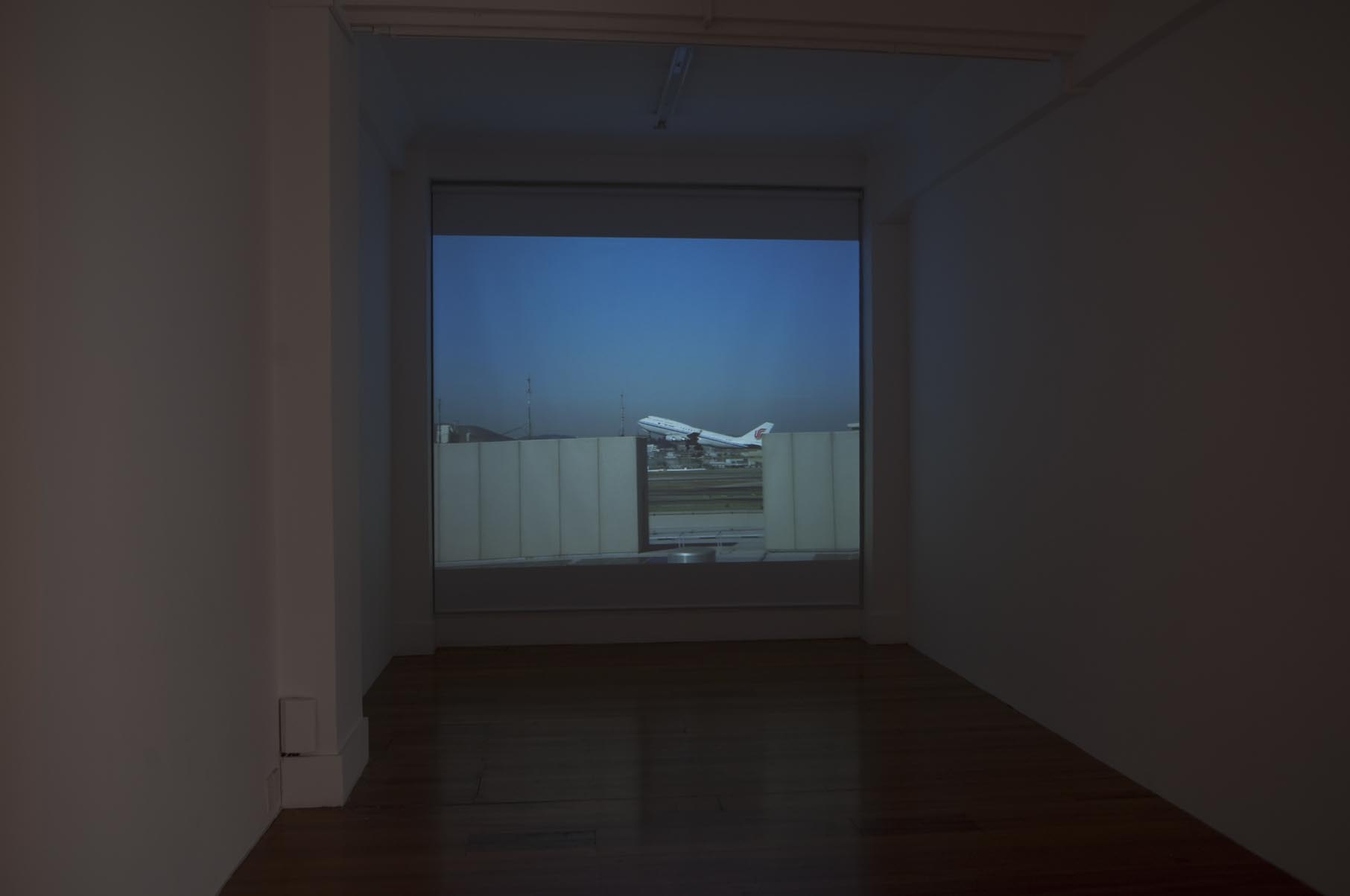 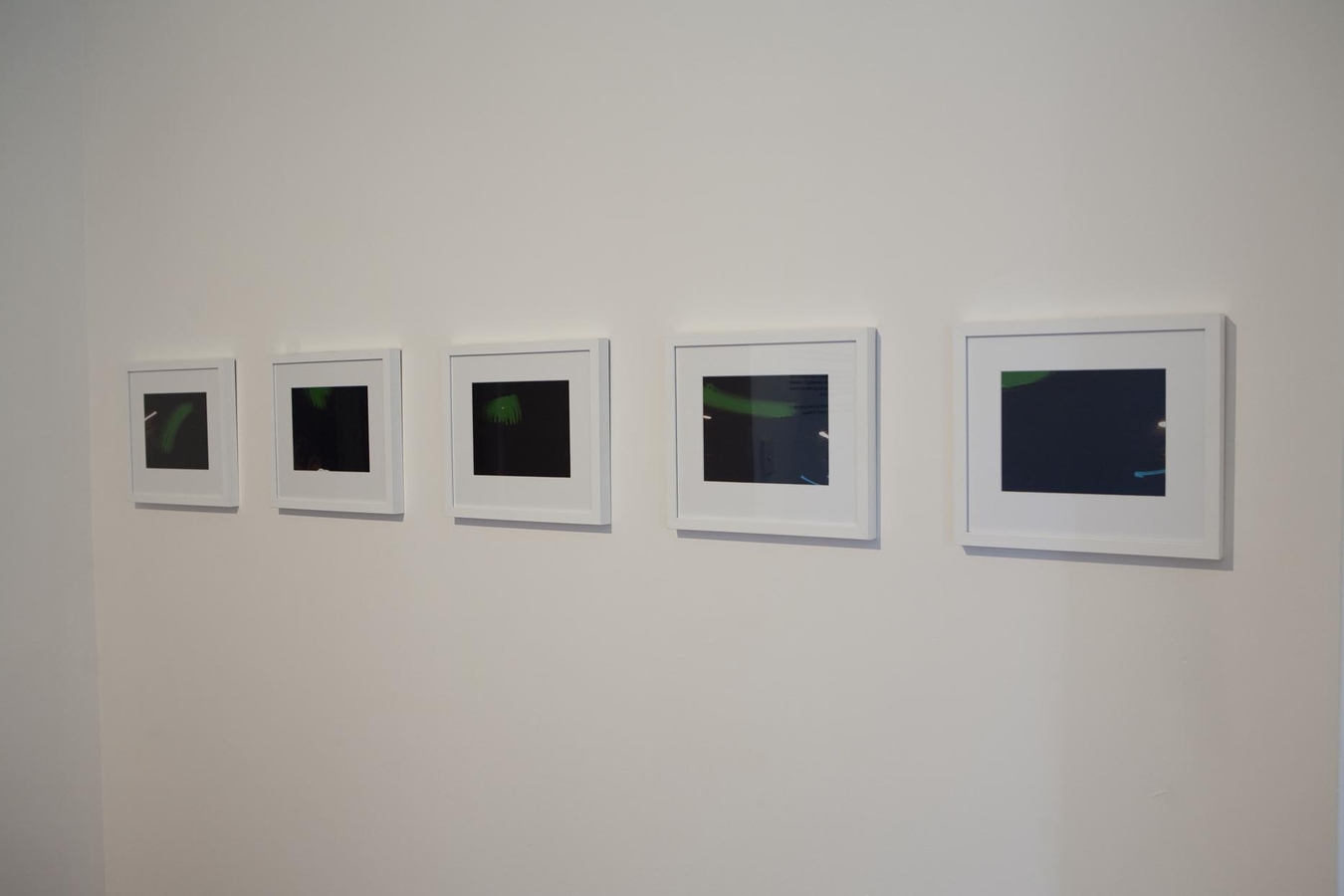 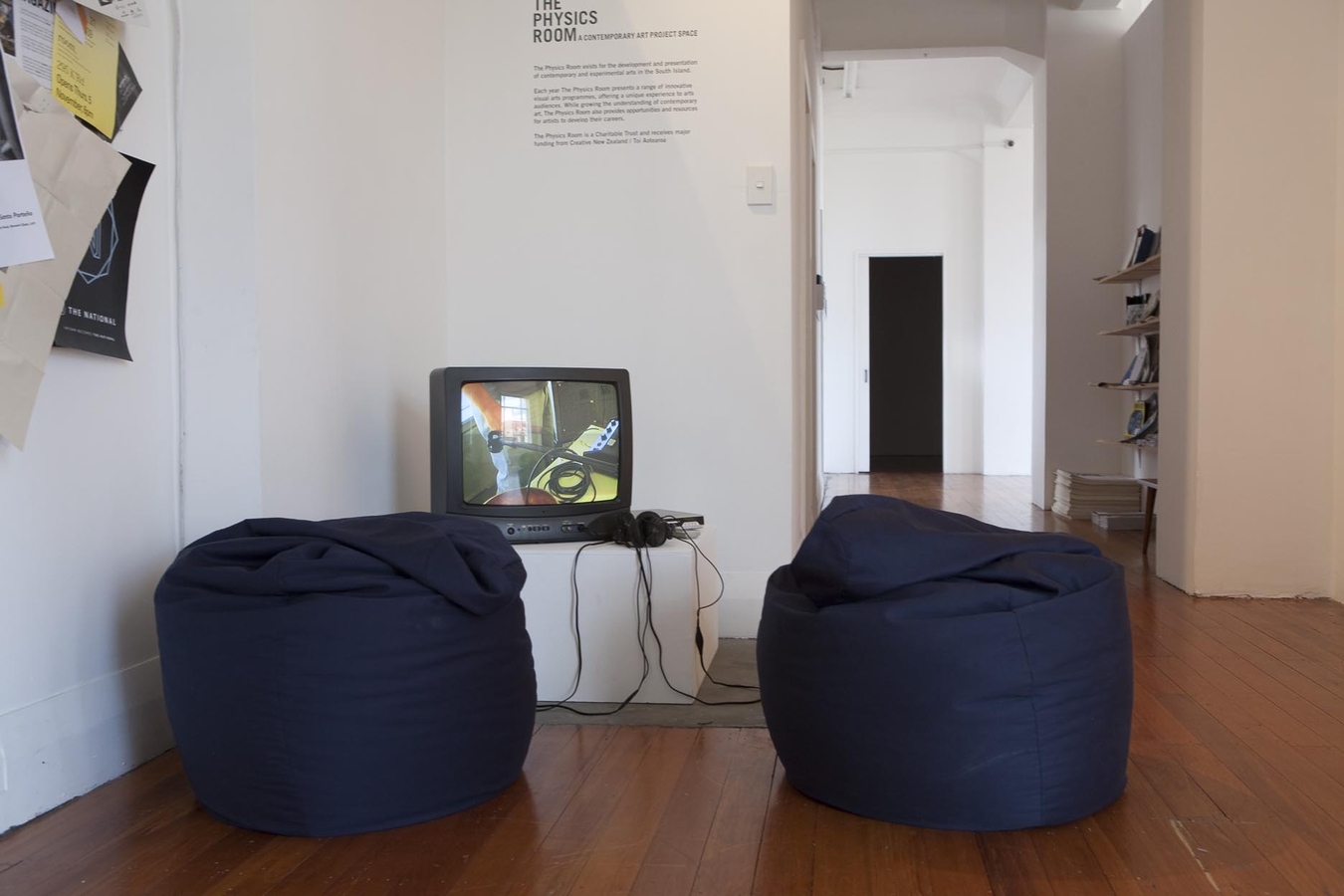 Sampling a range of approaches and propositions within the realm of improvised noise and sound art, Towards a Cinema of Pure Means implicates its audience in the presentation and reception of these collected works by Marco Fusinato, Bruce Russell & Adam Willetts.

Accommodating a range of sonic devices and associated works of art, this presentation has been drawn together by the locally based improvising sound artist Bruce Russell. Gaining strength in numbers and making the most of the collectivity and catalysis that any group dynamic ultimately provides, Towards a Cinema of Pure Means presents three perspectives and individual practices within the context of a broader conversation about sound, musical expression and art.

Colluding with each other and the audiences that experience their various forays into the production and reproduction of sound, for The Physics Room Fusinato, Russell & Willetts present an object-focused and documentary project that both captures and catalogues different moments of their own investigations into the vast potentiality of noise.

Literally lending time and attention to sound-based works within the space of The Physics Room’s gallery, Towards a Cinema of Pure Means further profiles the kind of cultural investigations that we most often seek to support via our public programme of events and performances.

Marco Fusinato lives and works in Melbourne. Alongside exhibiting in gallery contexts, Fusinato has a long history of working with and producing experimental music. He has released many editions of conceptual music related artifacts and his sound works explore the language of noise. Presented as part of the 2008 Melbourne International Arts Festival, Fusinato co-curated the major international exhibition 21:100:100 which features 100 sound works by 100 artists from the 21st Century. He is also currently curating an ongoing series titled YOU DON'T HAVE TO CALL IT MUSIC: music by visual artists' in Melbourne. Exhibitions include: NEW09, Australian Centre for Contemporary Art, Melbourne (2009); Sonic Youth Etc: Sensational Fix, LiFE Saint Nazaire, Museion Bolzano, Kunsthalle Dusseldorf, Malmo Konstholl (2008 - 2010); and ART>MUSIC, Museum of Contemporary Art, Sydney (2001). Fusinato is represented by Hamish McKay Gallery in New Zealand.

Bruce Russell lives and works in Christchurch and is currently studying via the School of Fine Art at RMIT, Melbourne towards a doctorate in sound. He is a member of the genre-dissolving New Zealand trio the Dead C, and also performs with the improvisational free-noise combo A Handful of Dust. His instruments of choice are the electric guitar, cheap electronic devices, and analogue tape. Russell has also been active as a solo artist, directing two independent labels: Xpressway and Corpus Hermeticum. He writes essays and criticism for The Wire, artists’ catalogues and other publications and his new book Left-handed blows: writing on sound, 1993 - 2009 has just been published in association with Clouds.

Adam Willetts is a Christchurch based musician and artist whose practice shifts casually between hi-tech and handcrafted as he explores relationships and interfaces between people, technology and popular culture. His work with DIY electronics and analogue synthesizers creates dynamic and surprising live performances that carefully balance elements of fragile beauty and melody with densely textural noise. He also makes ceramic sculptures that evoke the imaginary landscapes and lifeforms of science fiction and video games, and sound works based around simple, solar powered robots and a variety of readymade objects. Willetts has been performing and exhibiting throughout New Zealand and internationally since the late 1990s featuring at numerous festivals and exhibitions including Lines of Flight, Dunedin (2006 & 2009); TASIE, Beijing (2006), S3D, Auckland (2007); and Cloudland at ISEA, Singapore (2008).