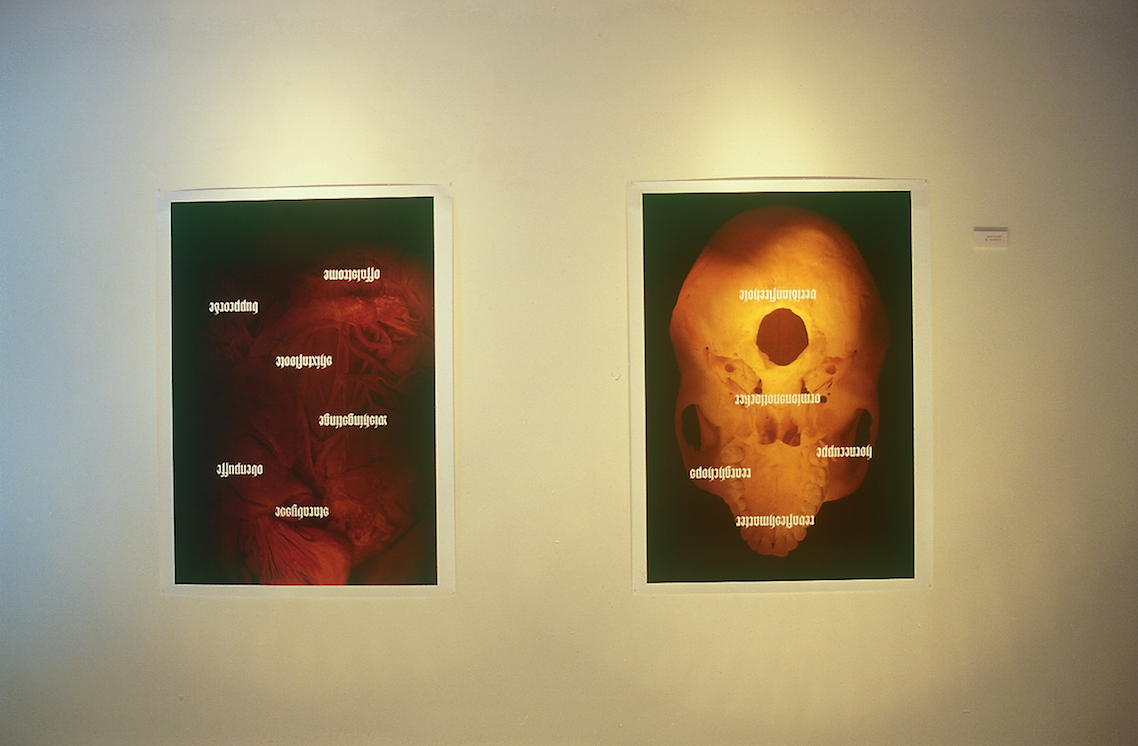 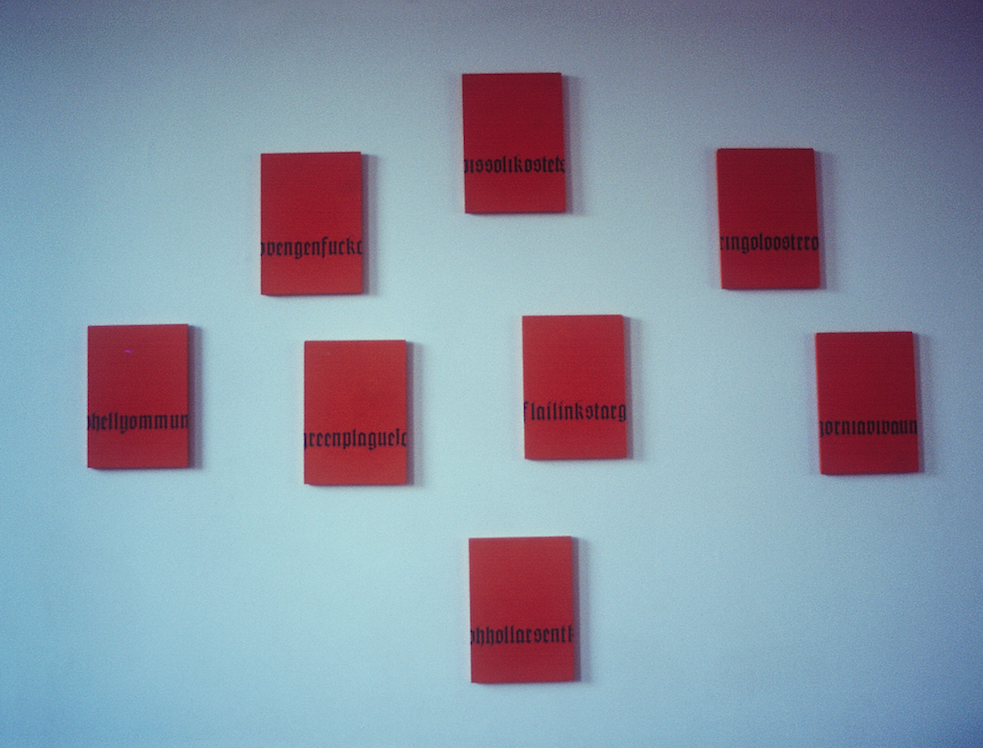 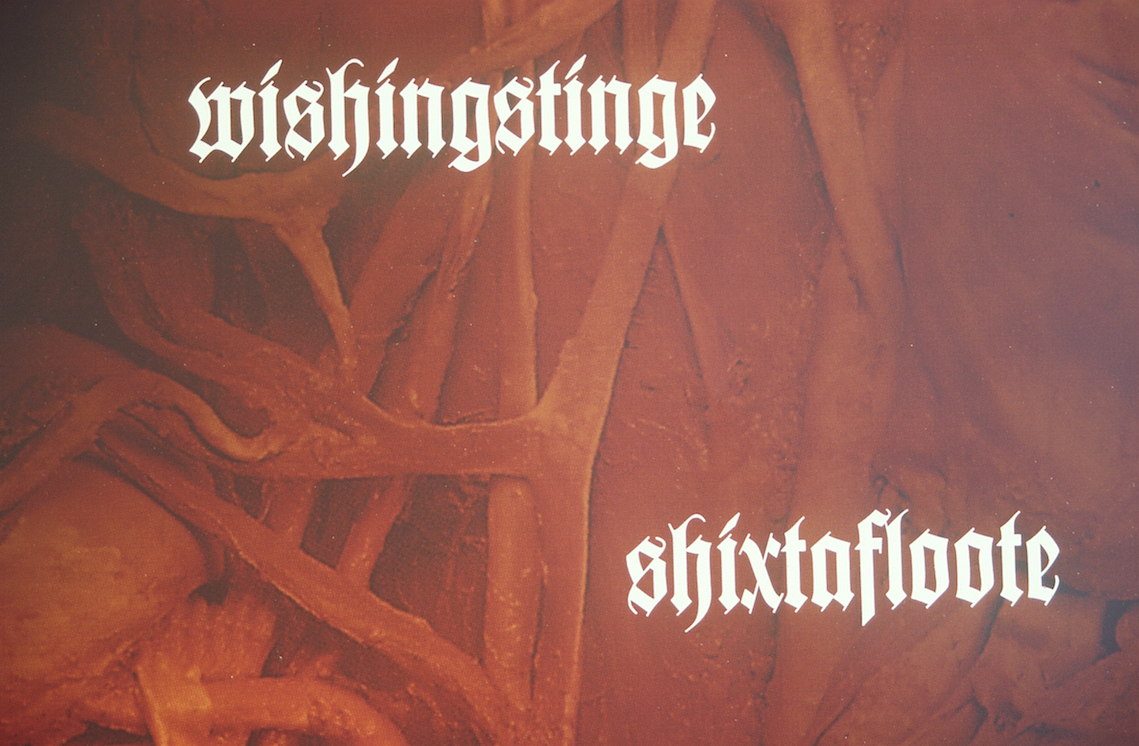 David Haines is an installation artist who has been practicing for over ten years. Originally trained as a painter his work since the mid eighties has focused on combining time based art forms such as video, sound and computer animation with static objects and images to create a vivid environment. Haines' work is founded on the written word and finding alternatives for experimental prose in forms other than the printed page. Medievalism-musical/non musical kingdoms was a major video work of 1997 involving multi video monitors and projections shown at Artspace, Sydney. For the collection of works Avatar at the Physics room Haines has taken an assemblage approach to present a series of works which are hallucinatory, intense and playful, along with the text of some incongruous ideas.

"If artists have generated a number of clichés about the body, in light of popular theory, then this work is my take on the body art from hell. I just had to do it... I had to respond to all that nasty body art, with its often implied misery or lack. Most importantly its been fun to take a crazy concept or two and throw them together like a cooking experiment - Liebniezian Sex is a good example. How is it possible to create a concept like Liebniezian Sex that no one's ever heard of before? How can you think about this philosopher of Monads, differential calculus and sex in the same breath? This is when the artwork hopefully becomes a kind of miracle. What is the sexual relationship between monads really like?"

For Haines, humour is a tool of disruption. His work bristles with texts which can be read as either darkly medieval, ironically bogunesque, or parodic of heightened literature. His play with language makes speech and writing permeable membranes which envelop our everyday lives, but are not impervious to buckles, folds, and punctures. Haines makes his own language, replete with bizarre hybridisations and deliberate misspellings. But these literary landscapes are not just about de-contextualising the every day , they are also purely poetic celebrations of magnificent words.

Haines has a grand passion for archaic and pompous lingo, and with these tropes he explores the dark and primeval dimension of European culture. Hienrick Loof, a name painted onto stretched canvas, becomes an entity in his own right. Perched precariously over an open hatch in the floor, this board could be an epitaph or a signpost in a moth-eaten museum. Except that whatever is under the floorboards is alive. Hienrick Loof is snoring, continuously. This obsession with the nasal is taken to an extreme in the giant print of the cross-section of a human skull, with the word ORIONSNOTLOCKER engraved over the nasal cavity like a serious medical text. This is Hainespeak in a world where the practical and the imaginary overlap, where language is still improvisatory; in other words, a world without cops where spellcheck has been universally de-installed.

Arguably, a series of orange paintings (New Dutch National) takes a more oblique stab at the olfactory... the Dutch being renowned as a nation of cheese-chewers, it¹s no wonder Loof's ORIONSNOTLOCKER got blocked. Perhaps, like one of the Indian mystics that Haines' title Avatar conjures up, Loof is engaged in a metaphysical slumber, due to awaken at any moment in any form? Or perhaps, as his Germanic sounding moniker suggests, he is a part of that more recent and dark European history, and he is avoiding persecution in the relative safety of his bunker? Perhaps, it being daytime when he sleeps, Loof is that most European of phantasms, a vampire?

Whatever the exegesis behind Loof's retreat, the fact remains that he has succumbed to that most basic of animal needs - sleep. Haines is indeed lampooning 'body art' by presenting us with the least abject and most every day aspect of 'living in a body.' Not only that, but Loof's grunts persist in interrupting the viewer in his/her attempt to make a 'serious' reading of the works in Avatar. The very act of gallery-going is reduced to a palpably humdrum chore. If Loof can¹t even stay awake for the duration of the show, why should we?

Ironically, while Loof is caught on the nod, Haines' variations of a theme in rockin' baroque give us relief from mandatory minimalism and the plainly unfunny, which is more than enough reason to stay awake.