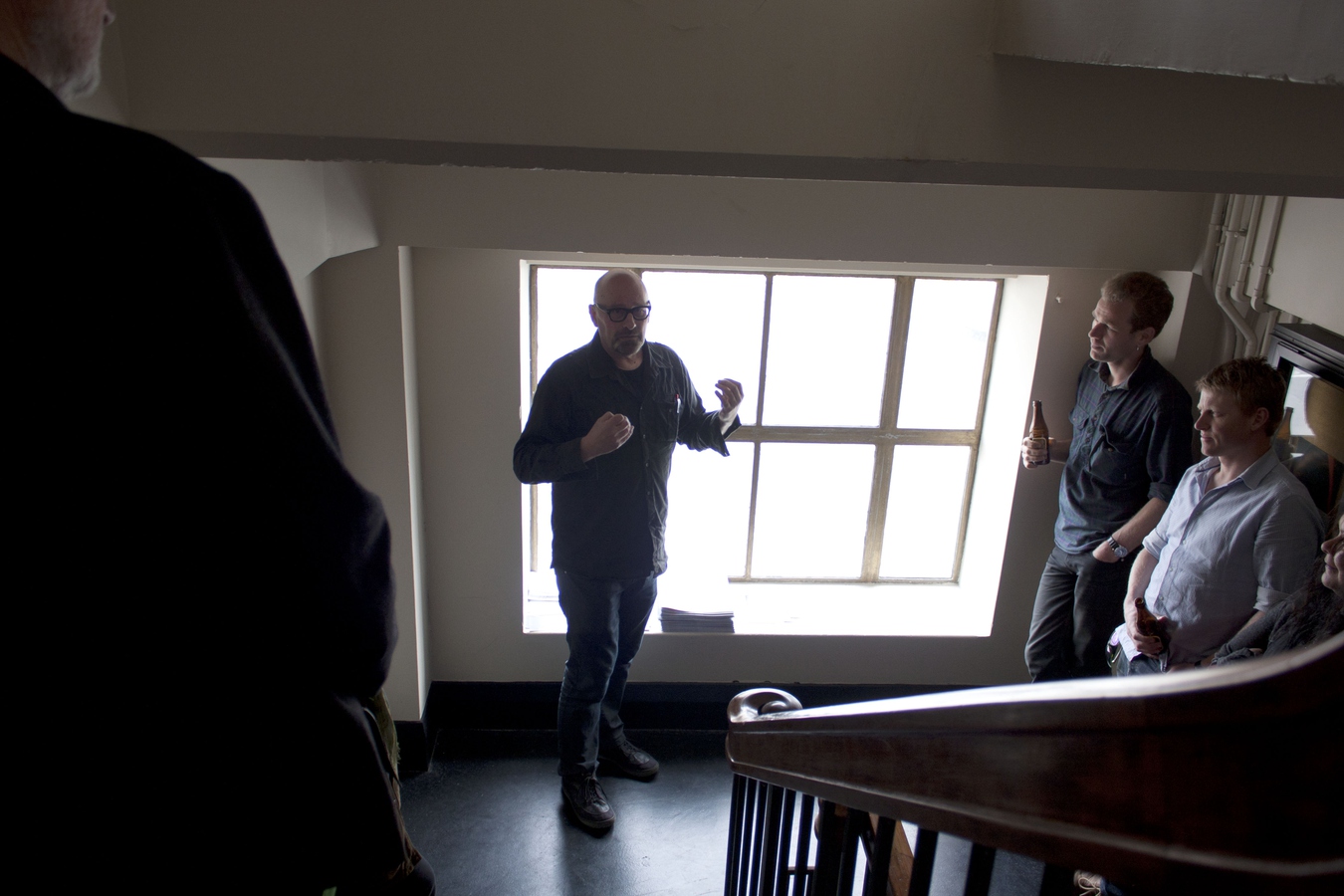 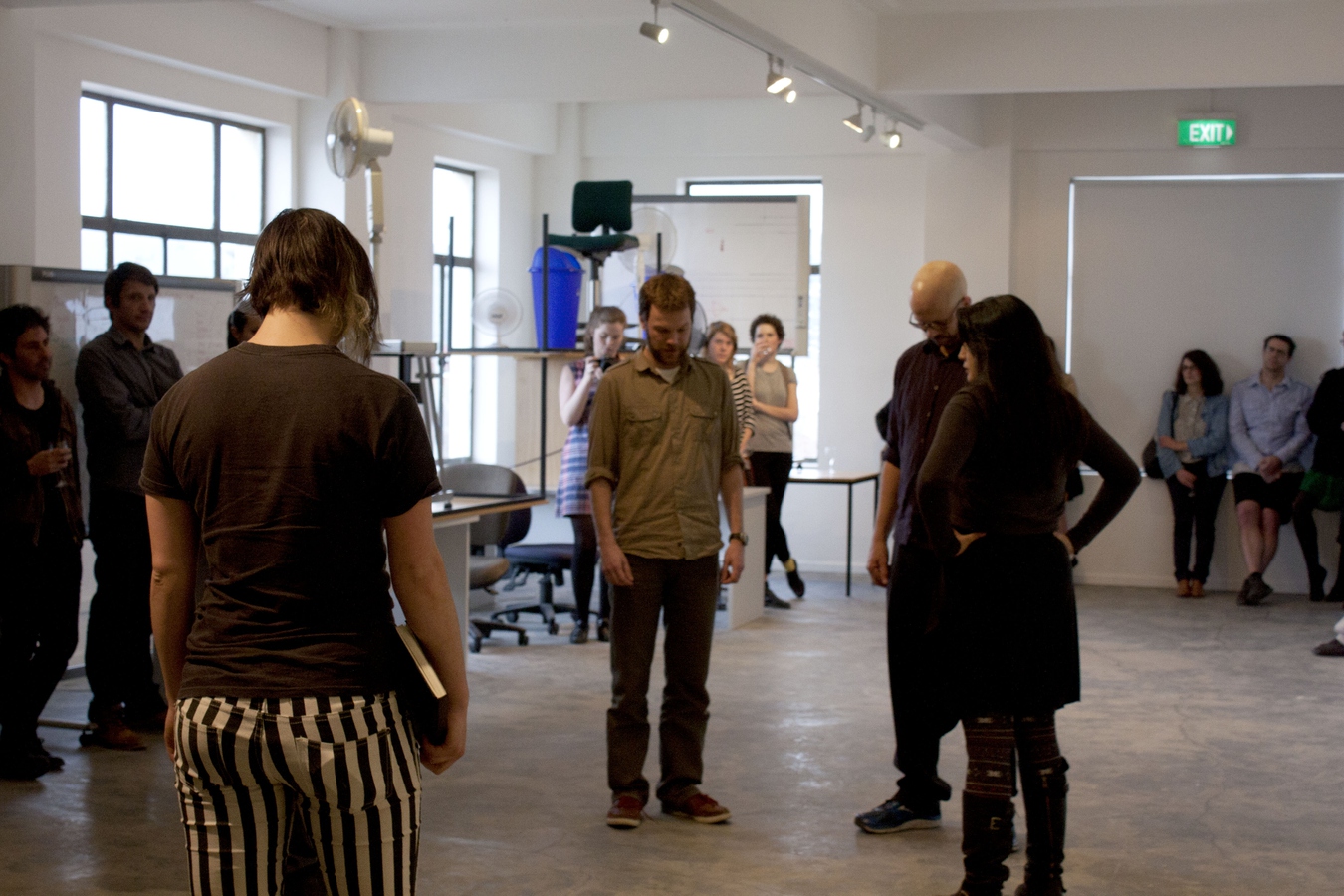 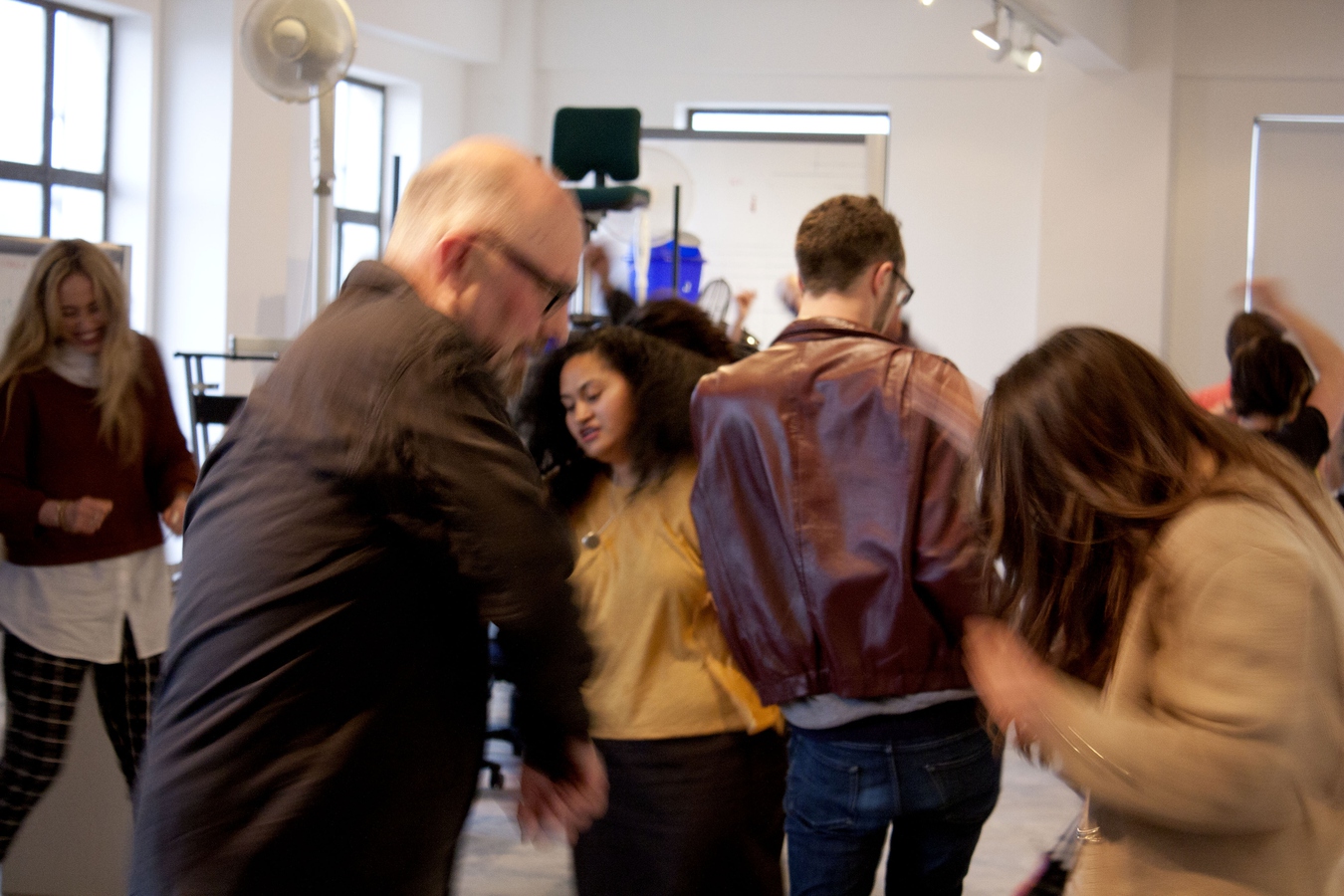 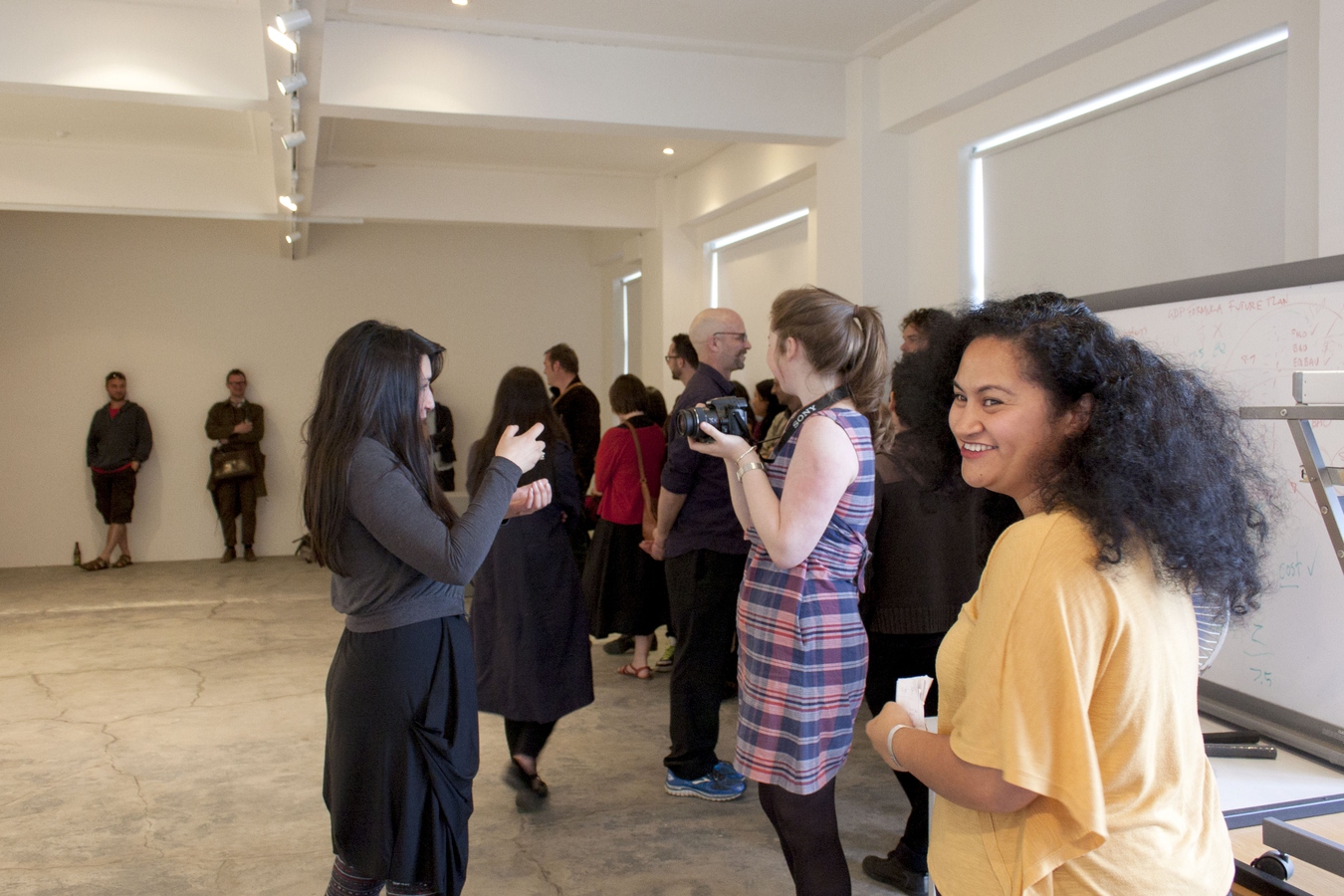 The space is a room on the third floor of a building in inner-city Christchurch called the Physics Room.

Physics Room
This is it.

The room looks around itself and waits for a moment.

Physics Room
I wonder if there will be any cheese. Camembert pre-cut into eight portions is a current favourite of mine.

The room moves towards one of the many melancholic windows of itself. A person walks in.

Physics Room
Hello and welcome. You must be here for the show.

The room smiles at the person. The person looks at its feet.

Person
No, I came to use the toilet.

An Anthem of Hope is an extension of Louise Tu’u’s interest in the affective and permeable boundary of public/private contexts and the structuring imperative of language. In this work Tu’u approaches the governance and operational structures of The Physics Room as a provocation to thoughtfully address processes of political and bureaucratic form through the medium of theatre. Engaging parallels in structure and title –director, trust, trustee- An Anthem of Hope unfolds as research in situ for the artists own aspirations to board membership.

Louise Tu’u (1978) is a writer, director and curator. She leads We Should Practice. Projects include the plays Le Tauvaga (2004) and Providence (2010), Gaga: The Unmentionable (2012); community marching show, To Fergusson with Love (2008); short films do not disturb (2006) and play it back (2006); as well as initiating and curating Janet Lilo’s Top 16 (2007), and Jeremy Leatinu’u’s Dead Mileage (2011). She is the first New Zealand playwright to be invited to the Royal Court Theatre International Residency in London in 2005 and has been privy to many international exchanges; as Fulbright alumna in 2007, a Chevening Fellow in 2005, as well as being supported by the Arts Council England in 2011. In 2012, Louise was a Winston Churchill Fellow in London, an International Theatre Institute Scholar in Berlin, and one of ten international invited cultural experts and the first New Zealand delegate to represent Oceania, in the Tokyo Cultural Creation Project. 2013 has seen the premiere of her play, Horses and other farm animals with critics calling the work, “contemporary Pacific performance extravaganza at its best”. She has recently returned from being part of an international five-member jury, where she helped select the ZKB prize winners for Switzerland's largest live performance festival, the Zürcher Theater Spektakel.

A response to the event by Zoe Crook (pdf)