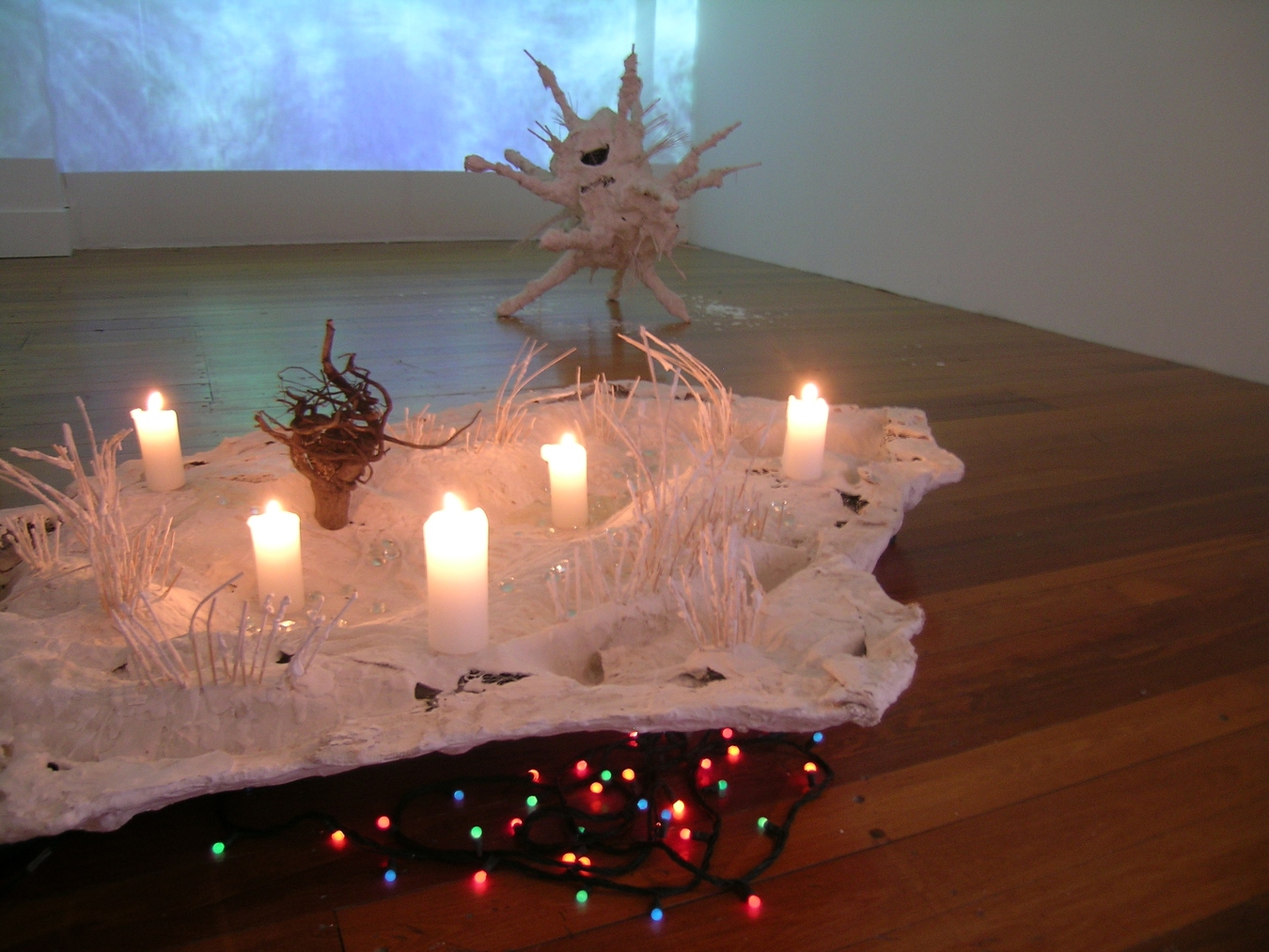 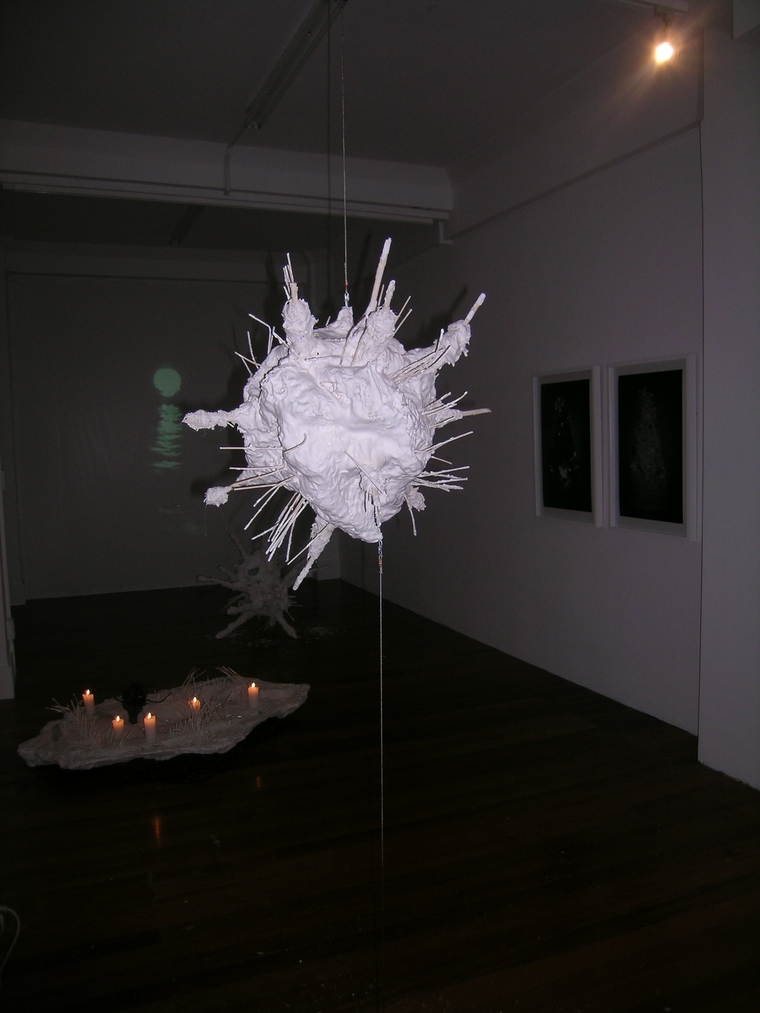 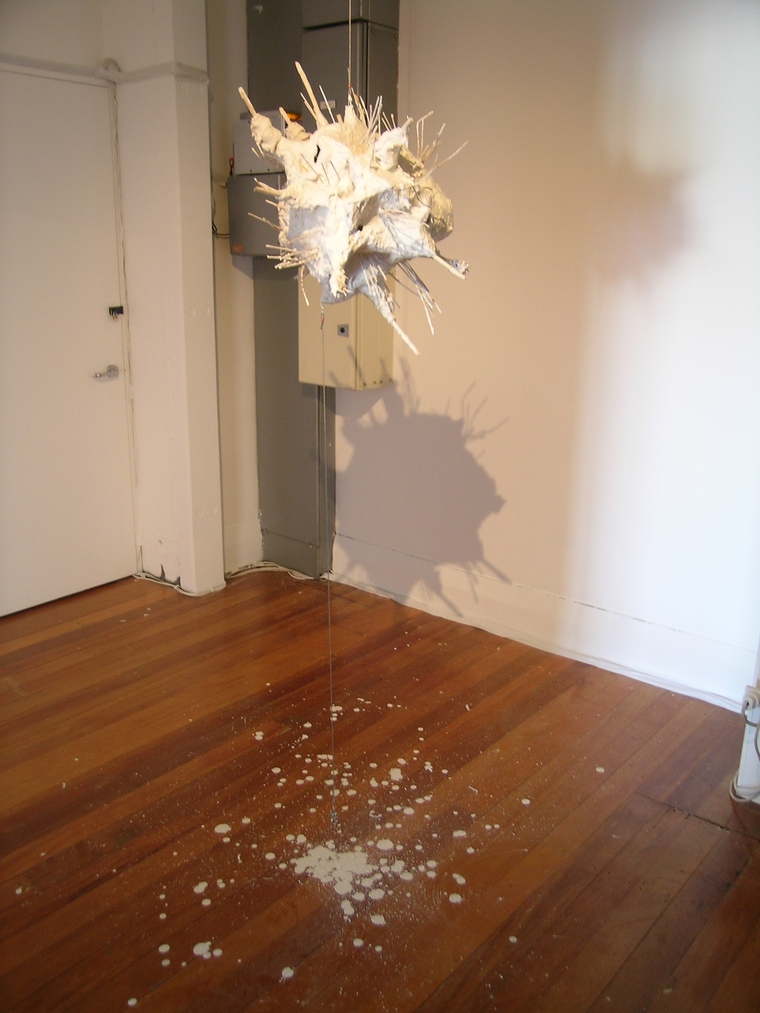 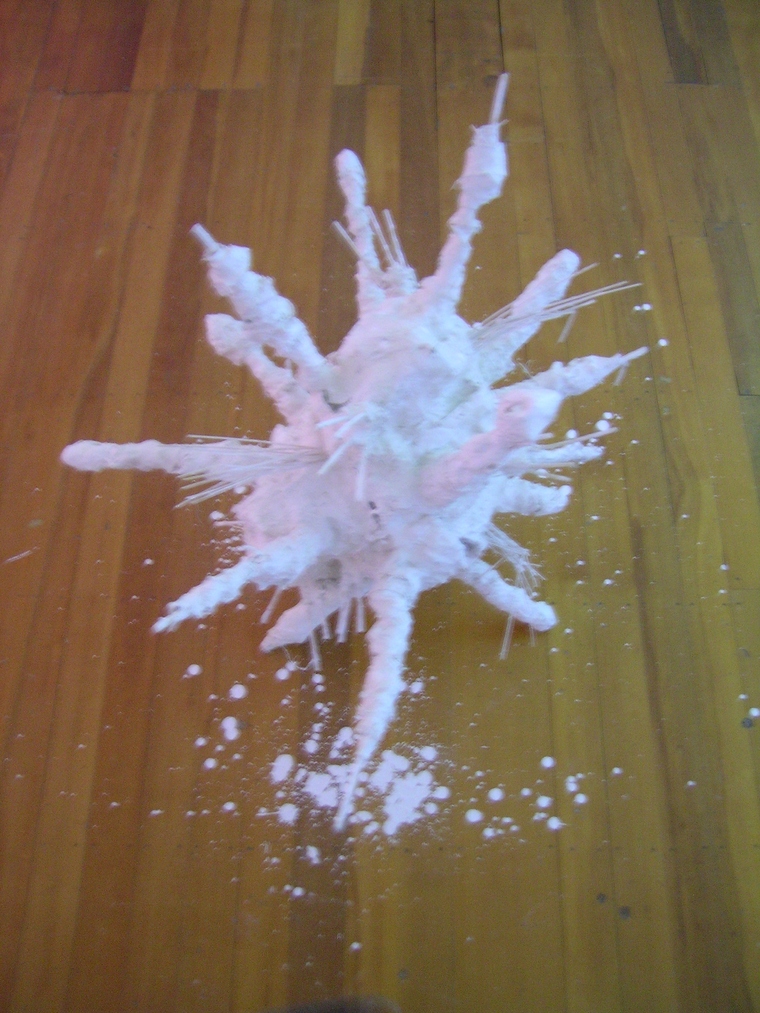 Trunk Rock III is the third incarnation of an installation that Robert Leonard described as “exemplifying that mode of chaotic category-corroding phenomena George Bataille called “informe” (formless)”. Stemming from Urbahn’s interest in 1970s and early 80s New Zealand environmental art, this work crudely attempts to translate the processes of “twig” art into a gallery environment. The resulting installation is a low-tech impression of the period, with a contemporary twist. Urbahn commented “While I forced myself to look at twig-art and pottery, I still couldn’t help myself being swayed by B movies, my record collection and TV”.

The installation will consist of objects made of plaster and twigs (amongst other things), sublime black and white photographs and a video projection that takes the viewer on a psychedelic bush walk special effects extravaganza. Leonard writes “Trunk Rock was undoubtedly a dig at ‘twig art’. In the late 1970s, early 1980s, New Zealand art abounded with low tech eco-art that typically celebrated some authentic Pakeha past - simpler times lived close to the Earth.”

Terry Urbahn graduated from the Ilam School of Fine Arts, Christchurch with a BFA in Painting. As well as continuing his art practice in Wellington, he is working as the Project Manager for New Zealand’s representation at the Venice Biennale 2005.