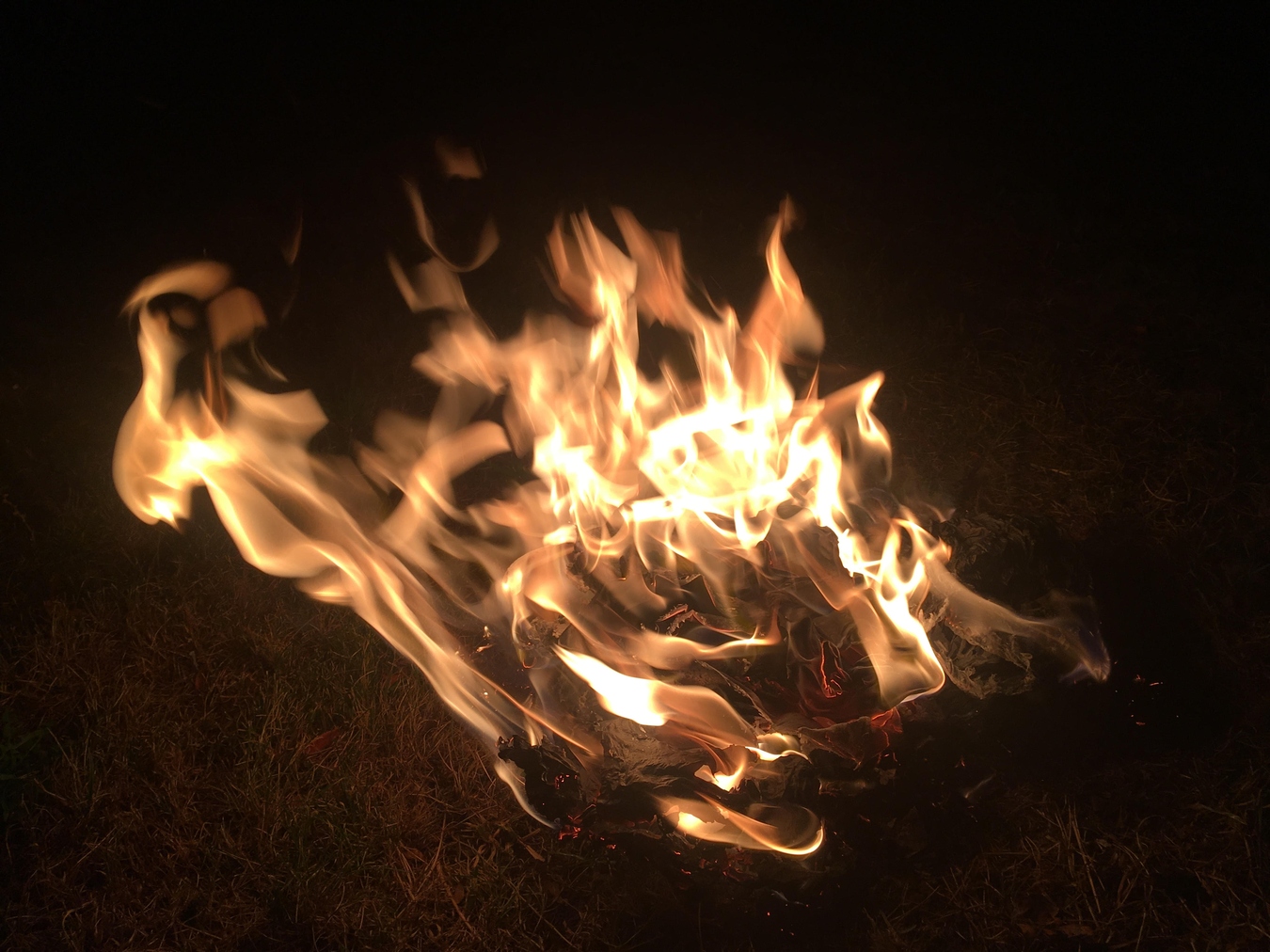 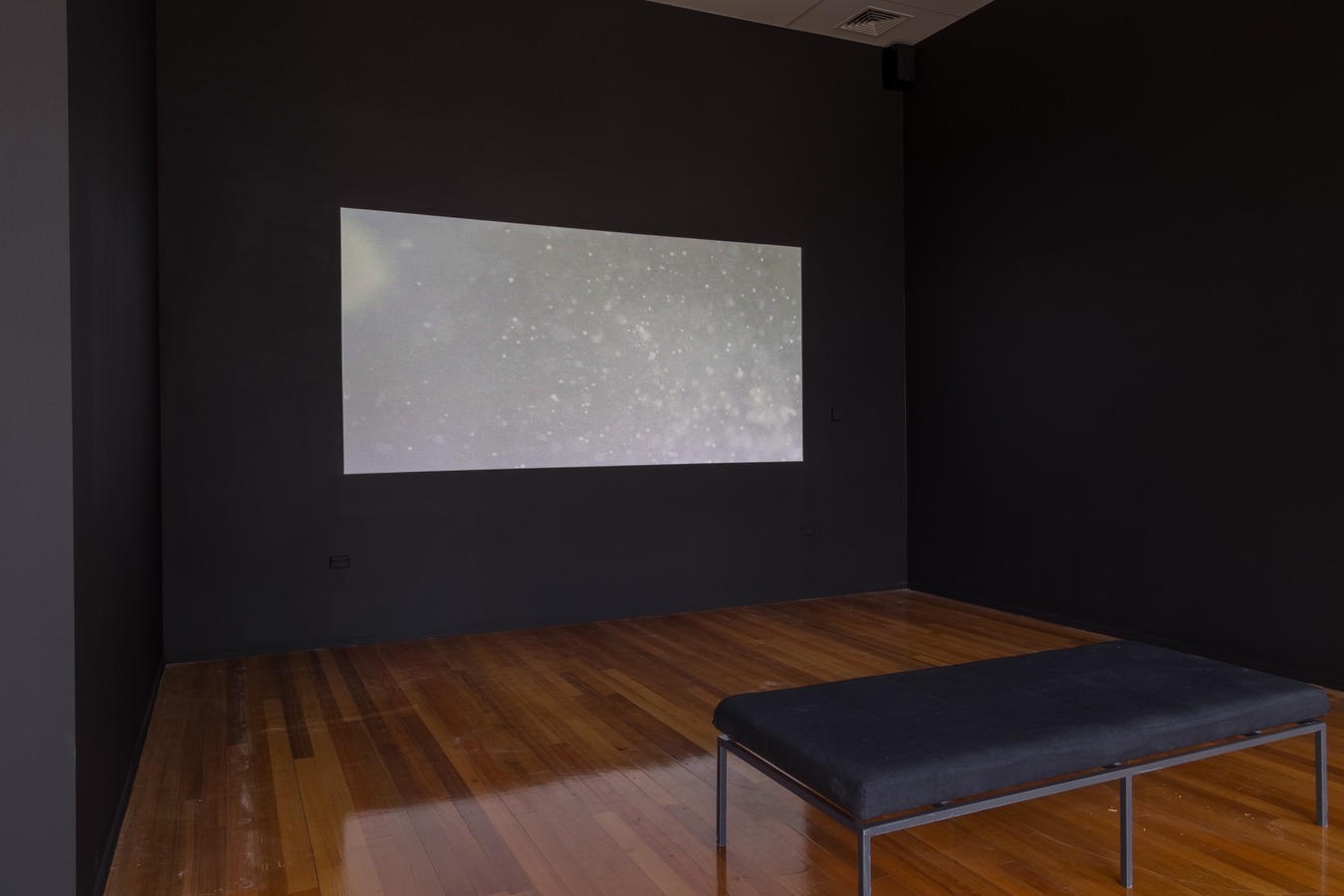 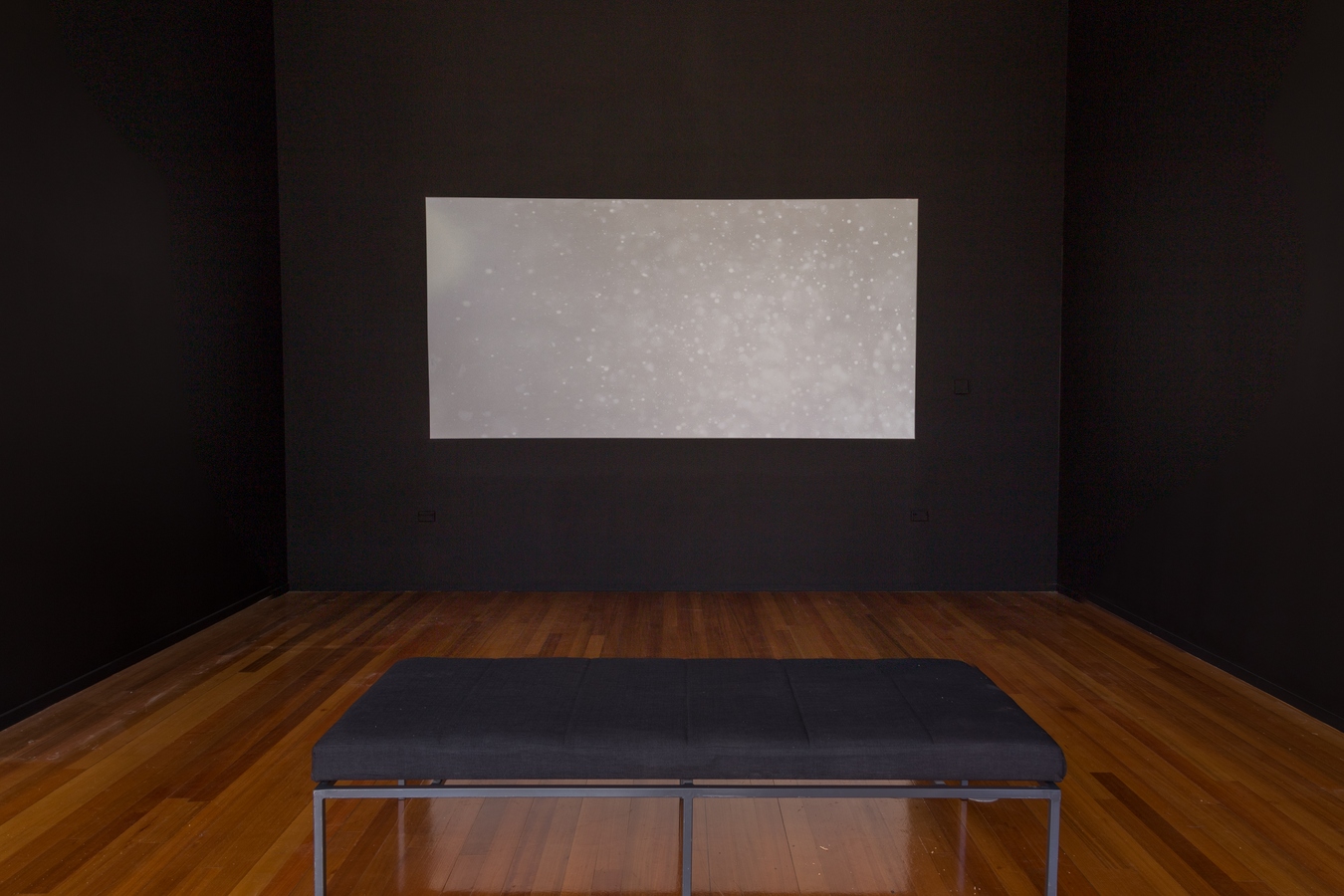 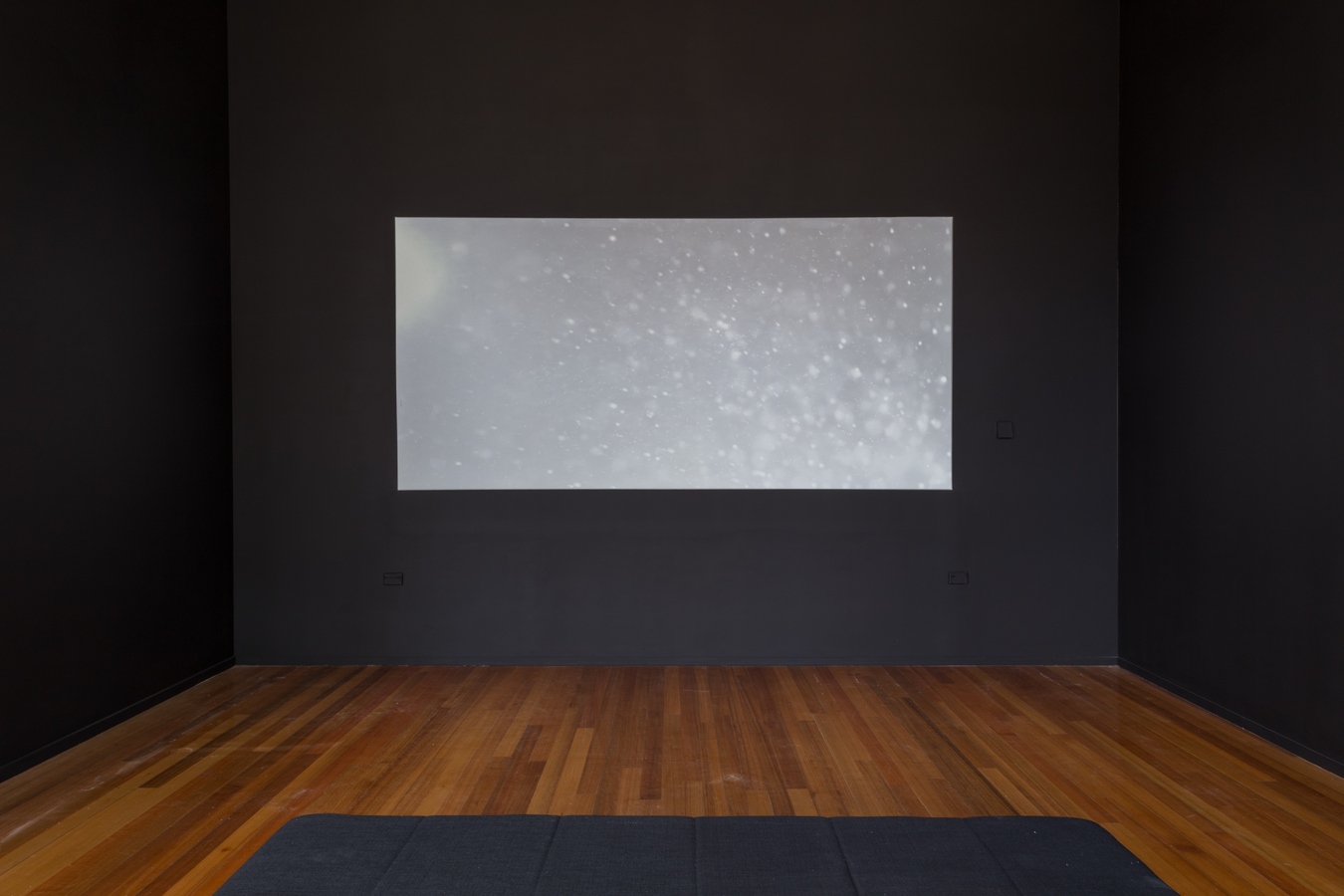 Gas is a state of matter that is never still, nor does it remain constant. Despite being low in viscosity and density compared to liquids and solids it can contract and expand easily depending on temperatures and atmospheric pressures, as well as spread homogeneously within its space of containment.

What can the notion of ‘nonlocality’ mean for the state of a gas? What might it mean to be in two places at the same time? What can it do for our psycho-political states? How can it be owned or contained and whose gas is it anyway? Gas asks, what can happen to matter in relation to two sets of white walls simultaneously?

Gas is a video work that will be installed across two locations simultaneously: 209 Tuam Street, and our new gallery space at 49-59 Worcester Boulevard.

At the conclusion of the Tuam Street exhibition, both works will be shown together at Worcester Boulevard.

Gas is the final instalment of Harvey’s year-long project, Nonlocality, which has explored architectural, geological, geographic, and political ideas in relation to quantum mechanics whilst responding to certain exhibitions at The Physics Room throughout 2017. Nonlocality has been developed in consultation and collaboration with physicist Shaun Hendy.

Mark Harvey is a New Zealand-based artist mostly working in performance and video drawing on political, psychological, and social approaches and physical endurance. Some of the galleries related events he has presented in, include: The 55th Venice Biennale for Visual Arts (2013), the New Zealand Festival of the Arts (2012), Umeå Art Museum, (Sweden, 2016), the Trendheim Kunstmuseum (2012), the New Performance Turku Festival (Finland, 2014 and 2016), Te Uru Gallery (Auckland, 2016), Laznia Contemporary Art centre (Gdansk, Poland, 2015), Prague Quadrennial (2015), Hitparaden (Copenhagen, 2014), Te Tuhi Gallery (Auckland, 2012, 2014 and 2016), Window (Auckland, 2008), the Govett Brewster Art Gallery (Taranaki, NZ, 2006), Gallery ZET (Amsterdam, 2011), Blue Oyster (Dunedin, 2009), Auckland Festival of the Arts (2005 and 2015), The Physics Room Contemporary Art Space (Christchurch, 2002 and 2006), City Gallery (Wellington, 2005), Canary (Auckland, 2005) and Enjoy Gallery (Wellington, 2003). His writing has also been published in a range of publications such as the UK Performance Research Journal (2006 and 2013) and the South Project (2013). Harvey is a Senior Lecturer at the Faculty of Creative Arts and Industries at The University of Auckland and has a PhD from AUT University related practice. He has recently published a book on a sample of 14 years of his practice titled Play Book (Index Design and Publishing).

Shaun Hendy is a physicist and Director of Te Pūnaha Matatini. His recent book Silencing Science reflects on the value of science and how it has been so often silenced when it comes to public policy. He served as Deputy Director of the MacDiarmid Institute for Advanced Materials and Nanotechnology from 2008-2012 and as President of the New Zealand Association of Scientists from 2011-2013. He has won a number of awards, including the Prime Minister’s Science Media Communication Prize and ANZIAM’s E. O. Tuck Medal. In 2012 he was elected a Fellow of the Royal Society of New Zealand. Hendy is a Professor of Physics at the University of Auckland.