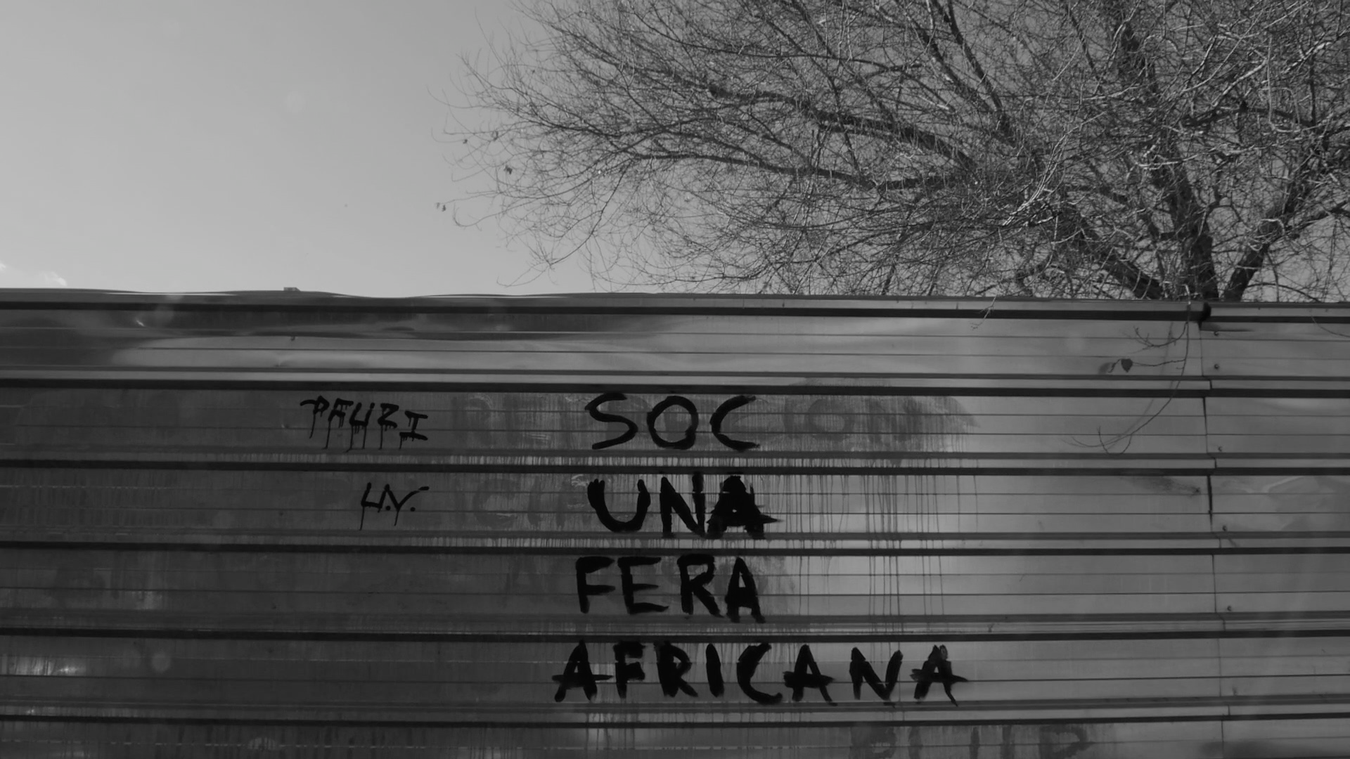 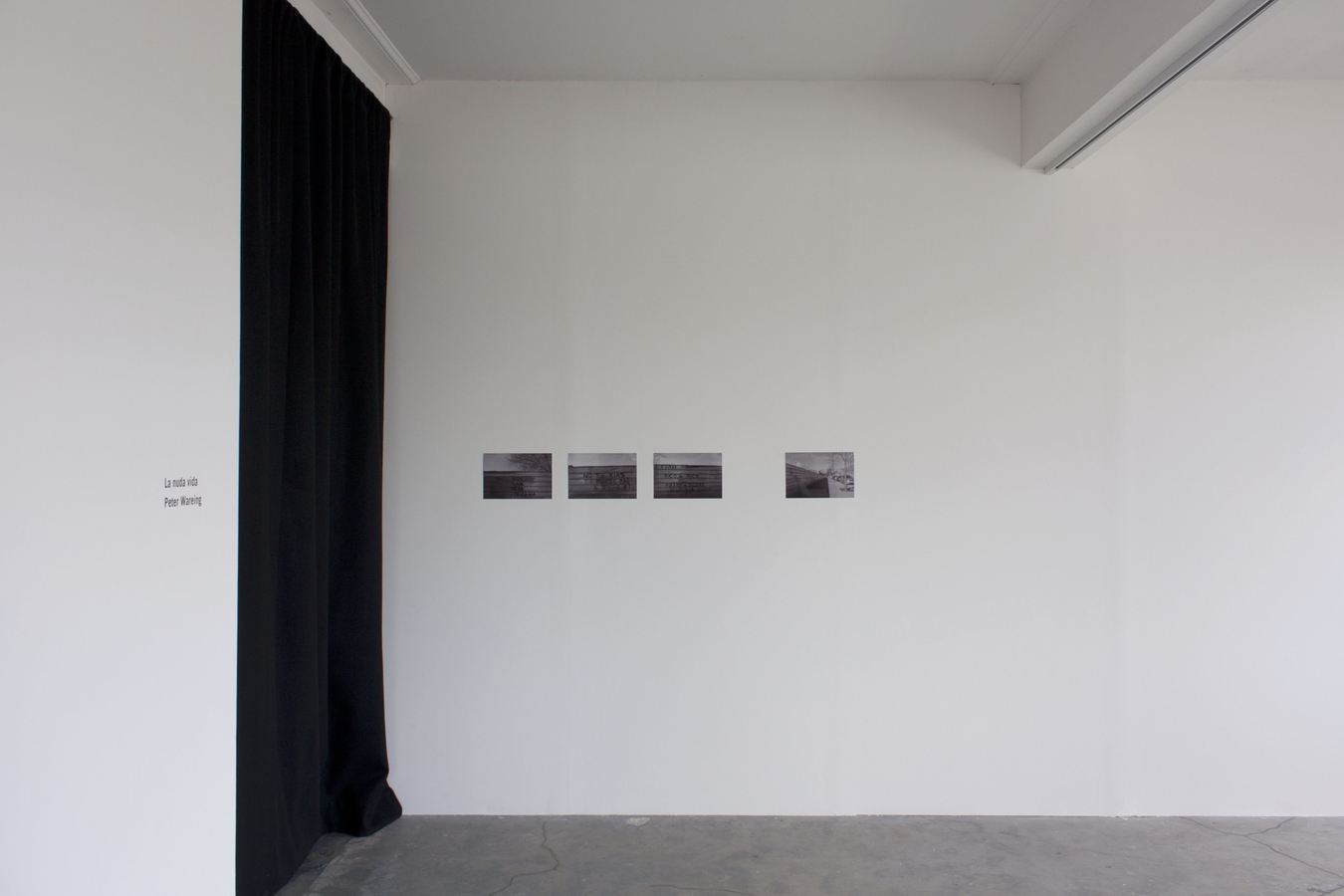 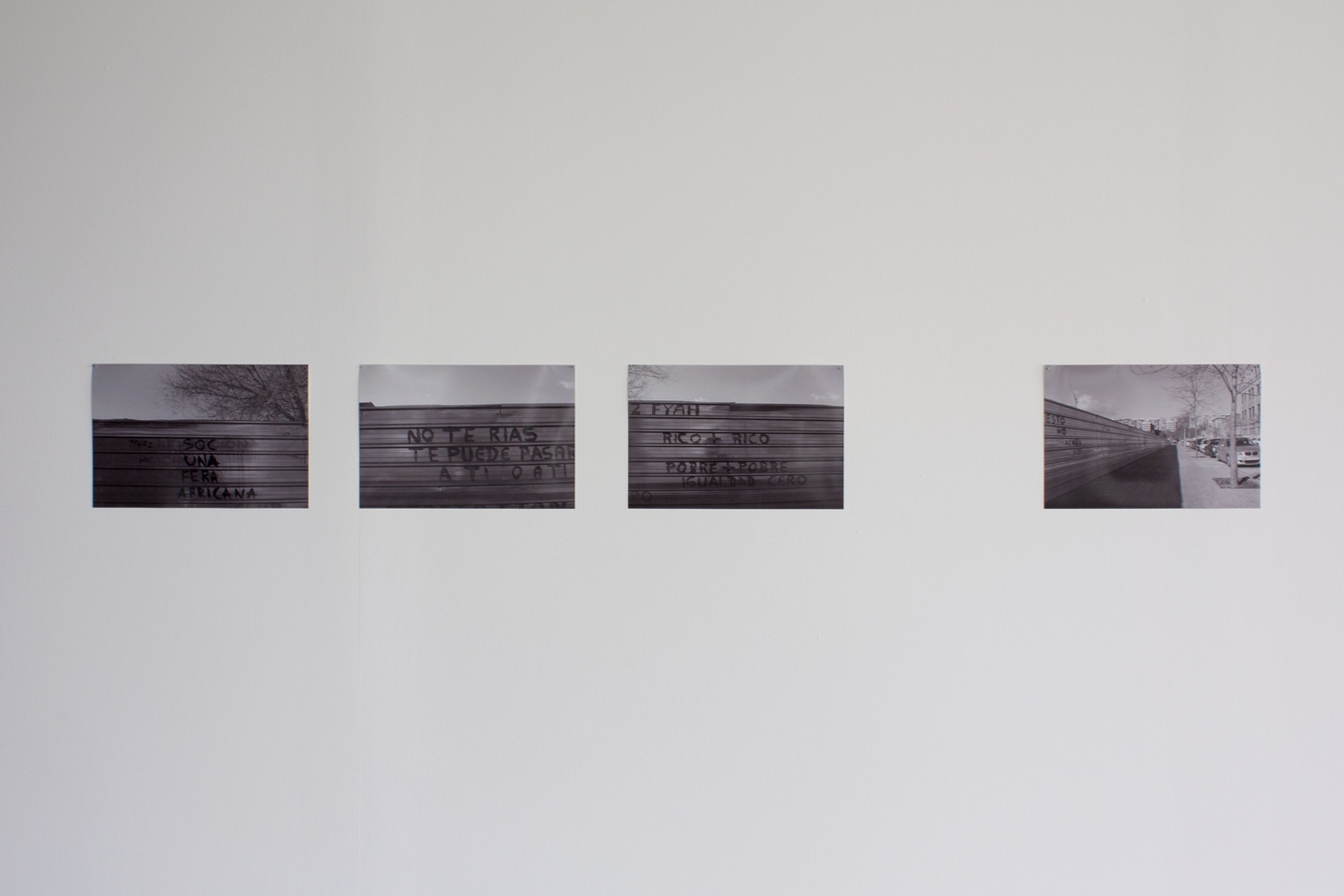 (left to right)
“I am a dangerous African animal”
“Don’t laugh this could happen to you”
“Rich + rich, poor + poor, zero equality”
“This doesn’t end here” 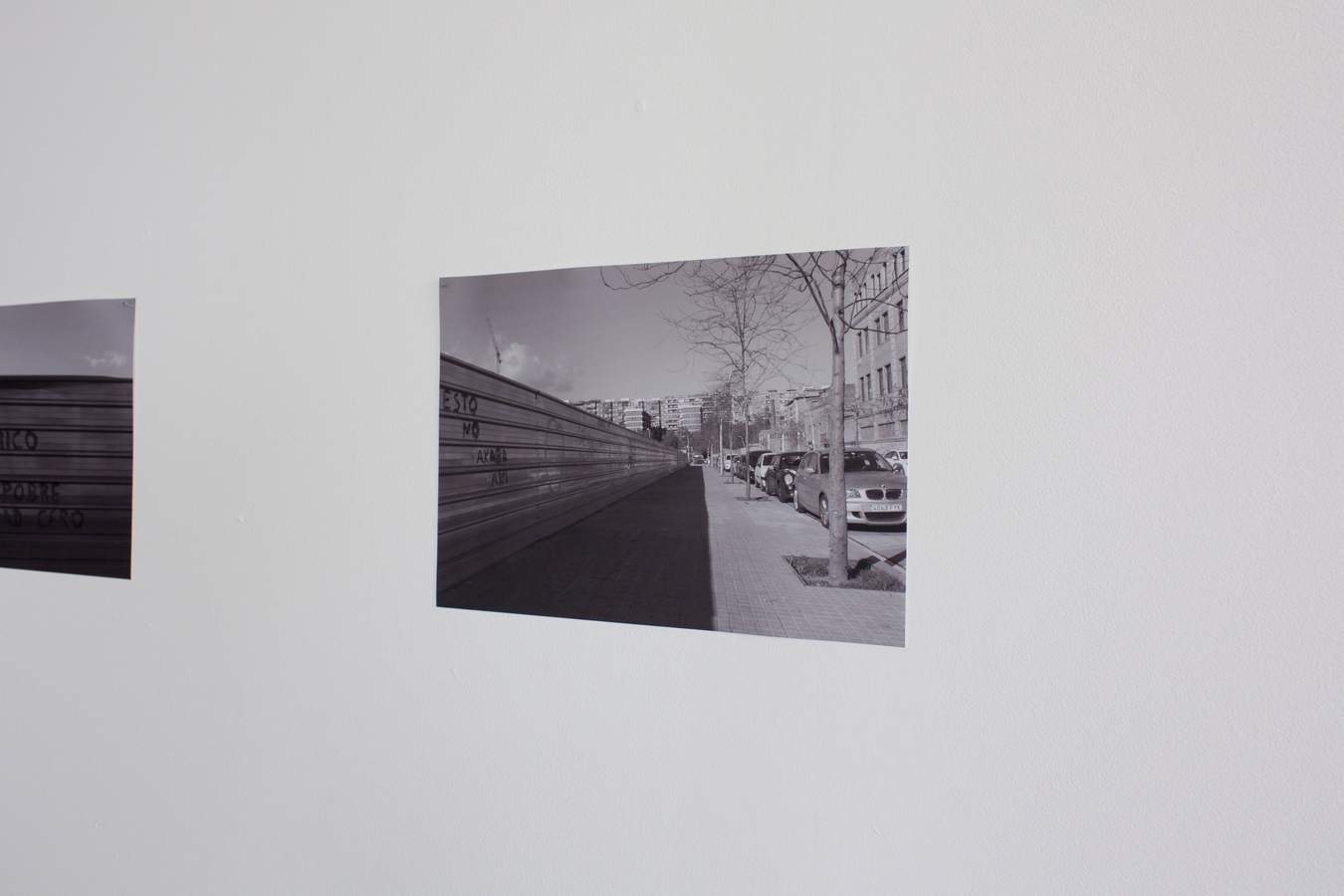 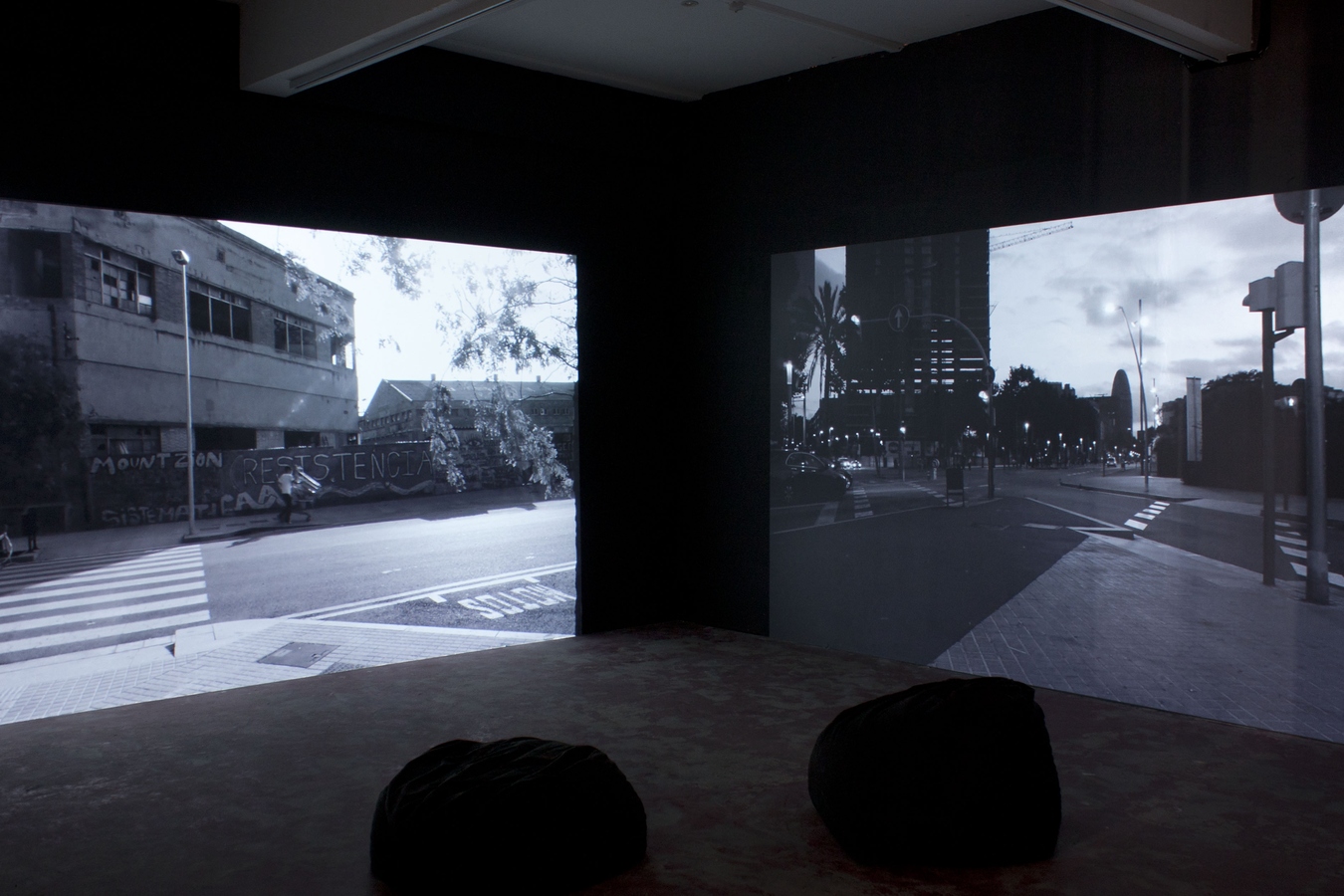 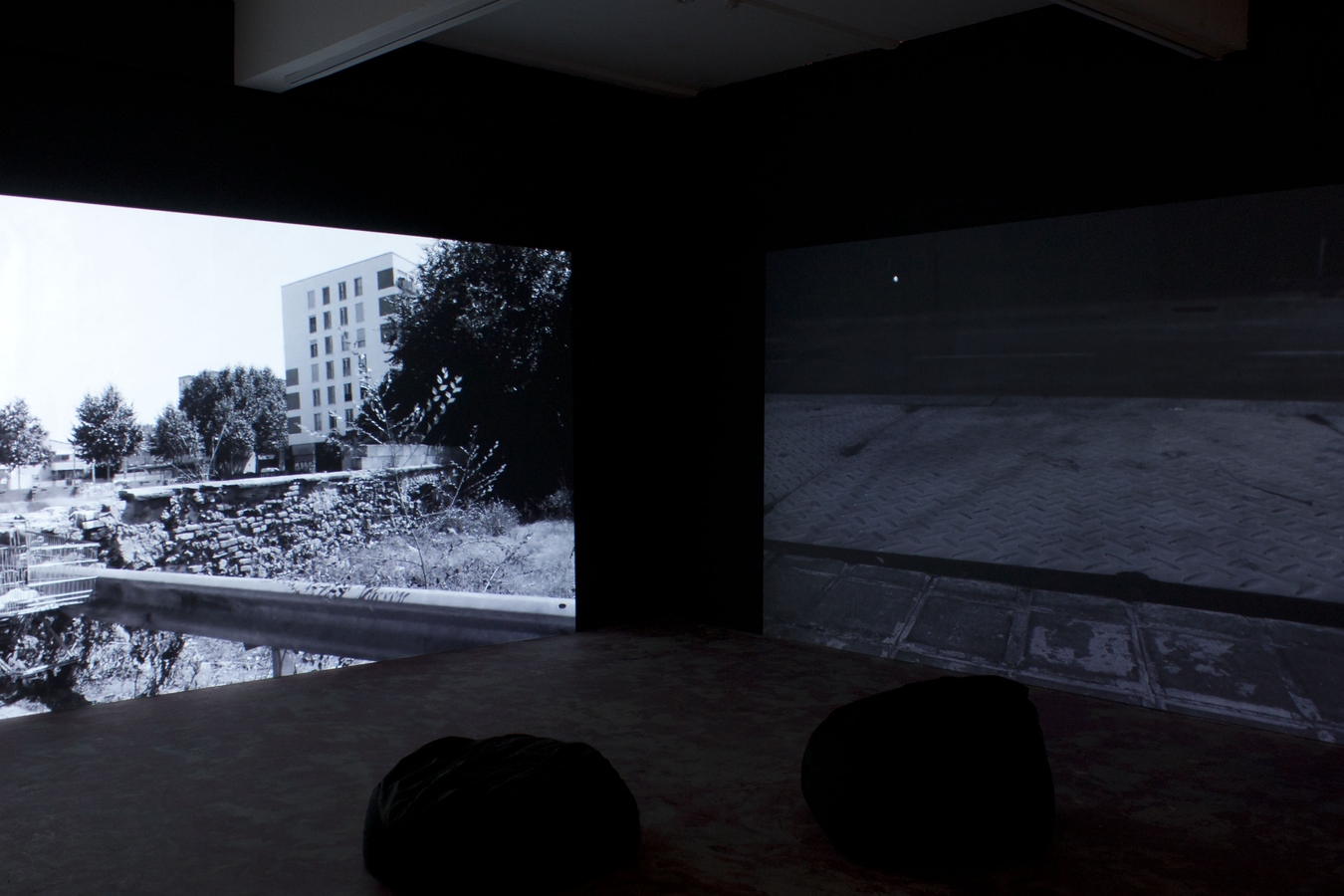 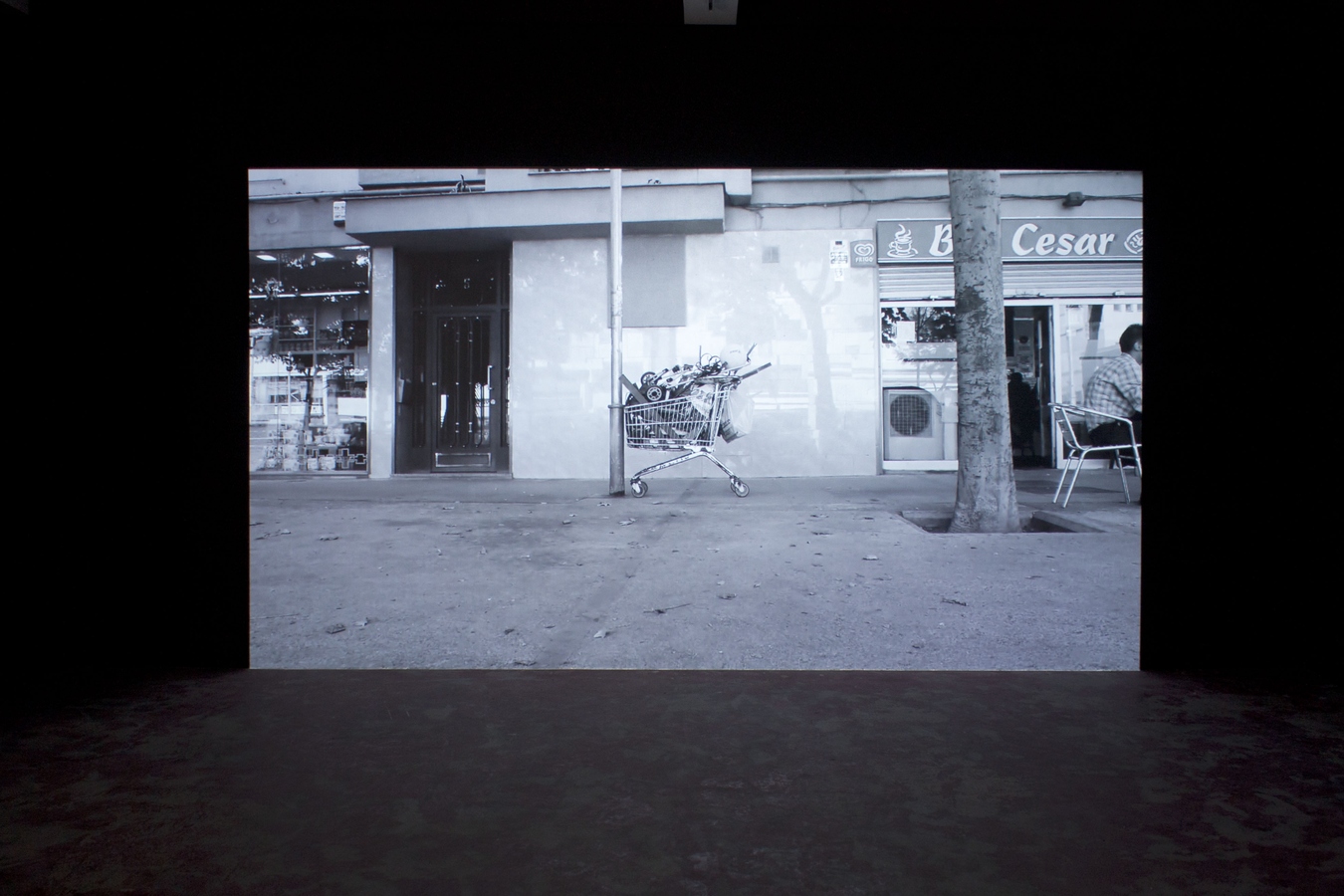 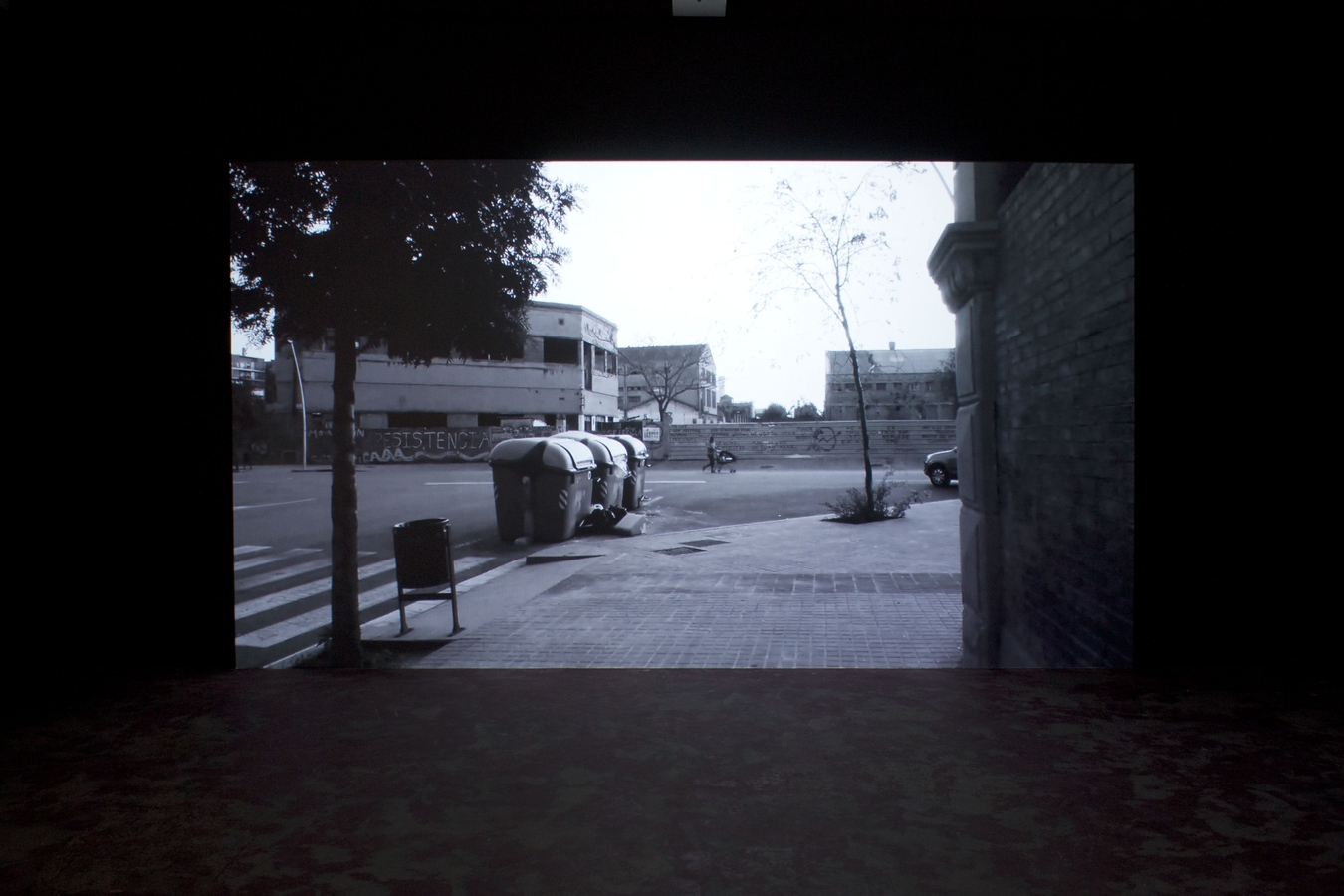 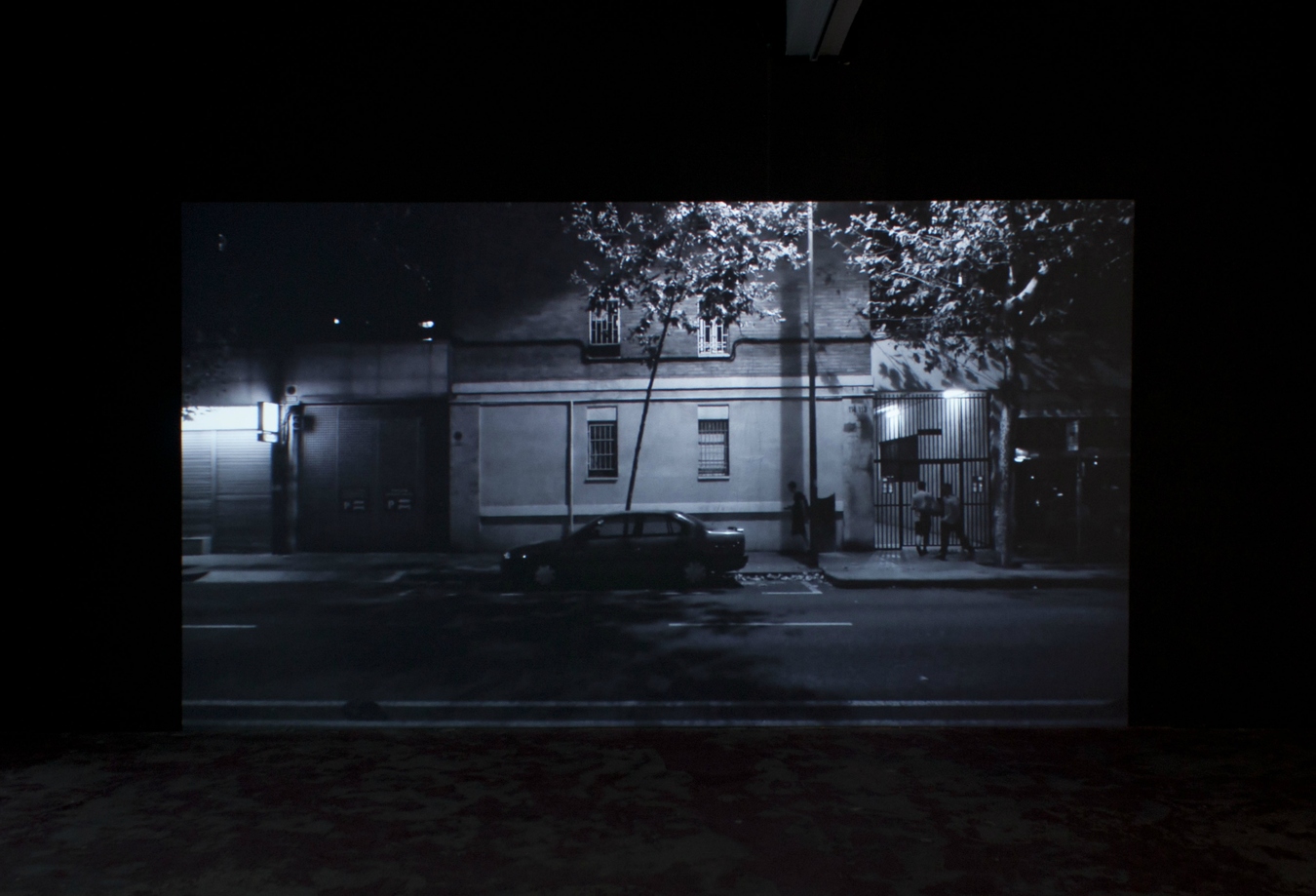 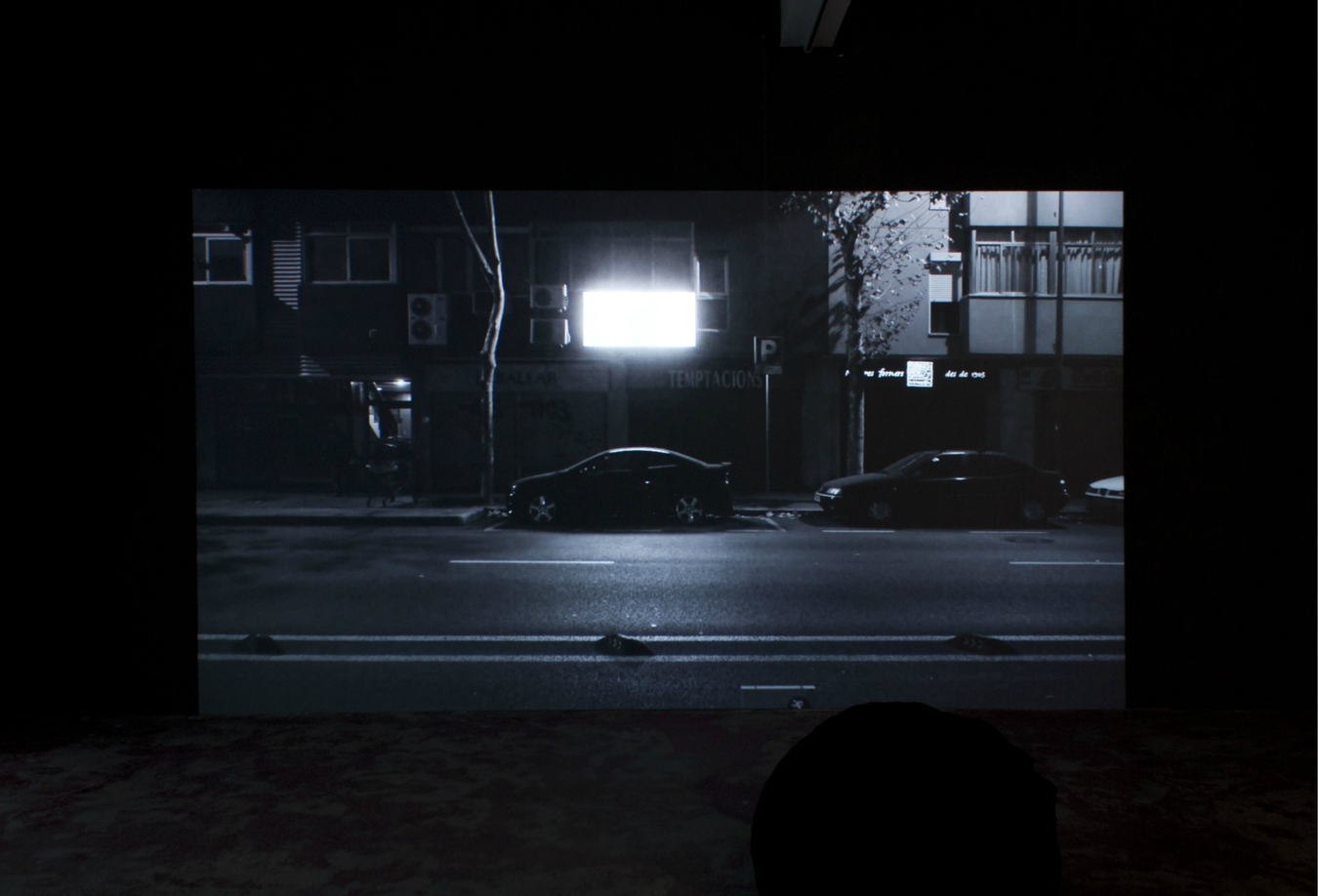 La nuda vida is a new video installation by Peter Wareing that observes and documents the chatarreros (scrap metal collectors) who make a living wandering the streets of Barcelona. Filmed over a period of three years, the work depicts the peripatetic form of life for those who survive the current economic and labour conditions through recycling the detritus of modern life. La nuda vida is a Spanish translation of Giorgio Agamben’s concept of la vita nuda or bare life, drawing a distinction between citizens who are able to participate in society and those without rights reduced to existing outside the boundaries of humanity. The chatarreros presented here push supermarket trolleys–an activity that harks back to medieval times–making paths through Poblenou, an area that was once the industrial heart of the city, the Manchester of Spain, and home to active labour unions, now the building site of Smart City, hotels and high-end construction projects. These undocumented immigrant chatarreros are an emblem of La nuda vida, the human spectre of contemporary European cities.

Peter Wareing graduated from the University of Canterbury School of Fine Arts in Christchurch in 1980 (Honours Painting), and received a QE11 Study Grant to attend The New York Studio School for Painting, Drawing and Sculpture in 1981. In the early 1990’s he studied film production and film studies at Film/Video Arts, School of Visual Arts, The New School for Social Research, and acting technique and scene studies at HB Studios, in New York City. His film/video work has been screened in festivals and galleries in the US, Europe and New Zealand.