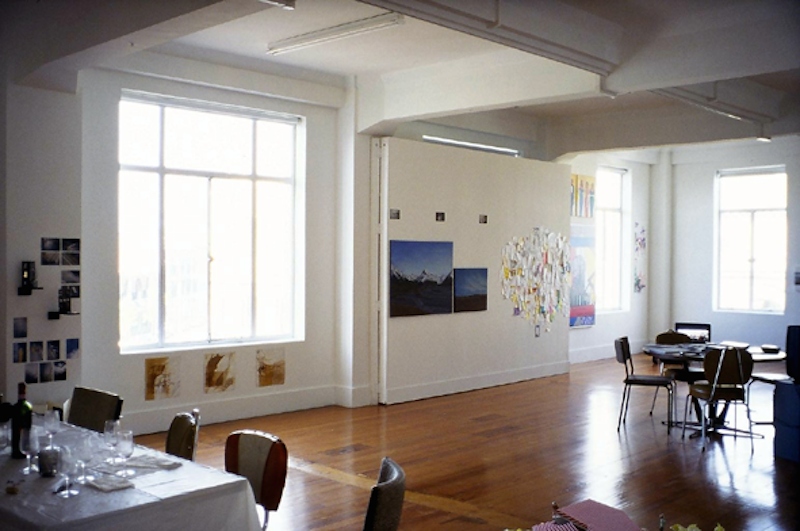 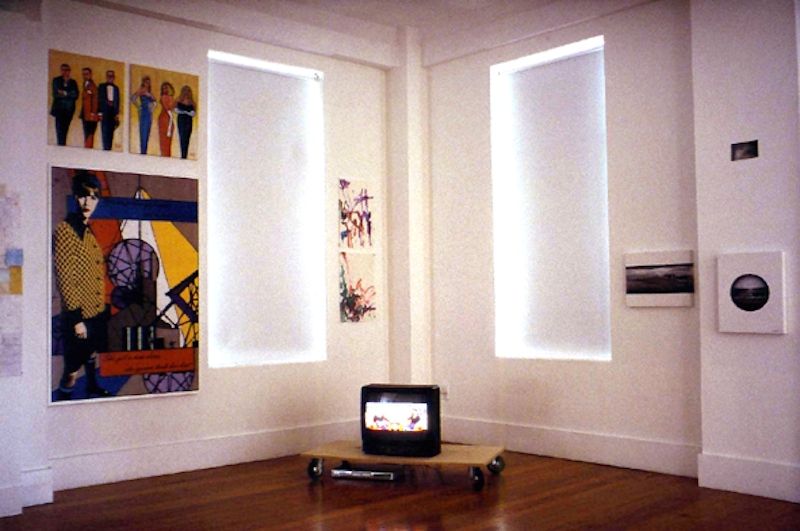 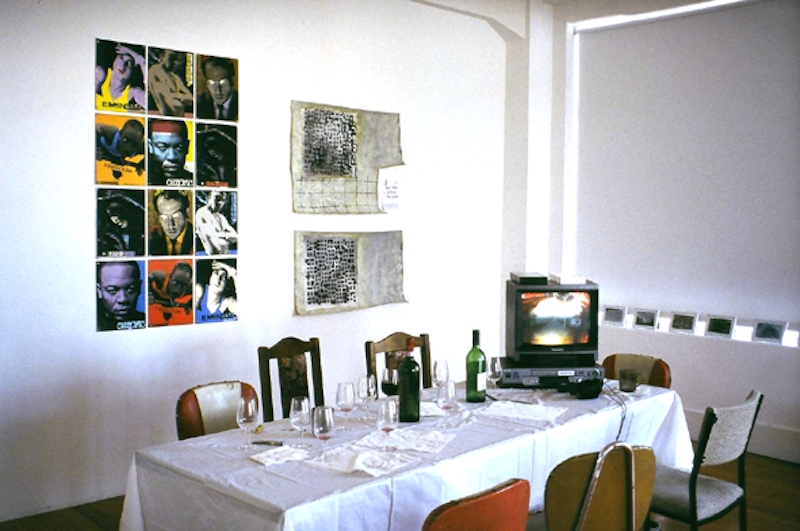 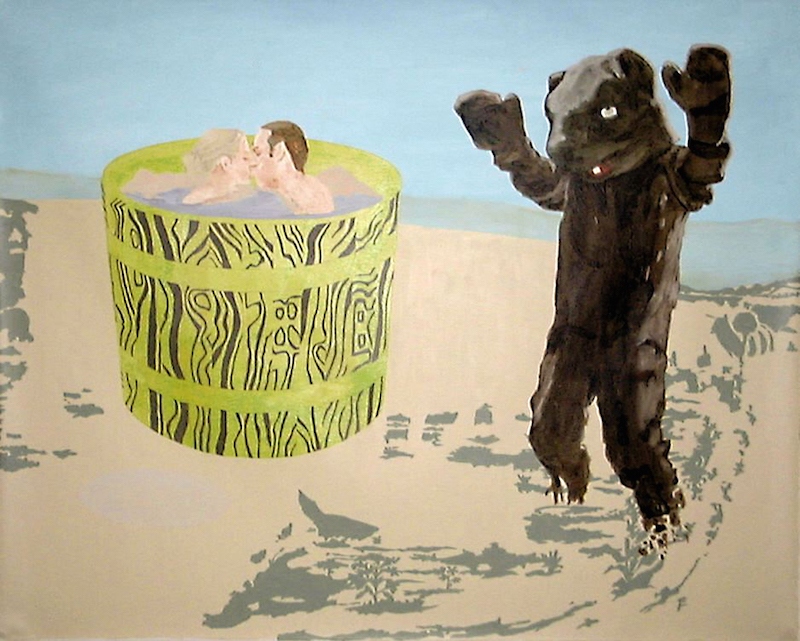 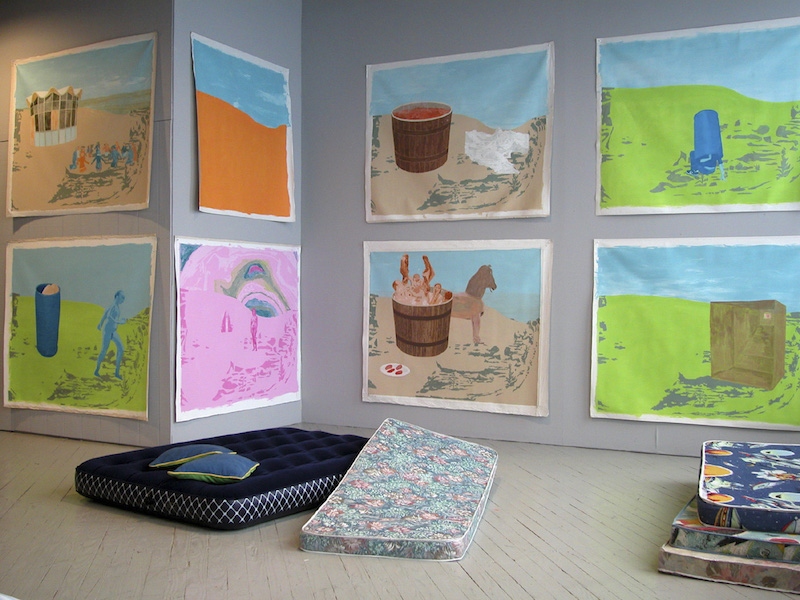 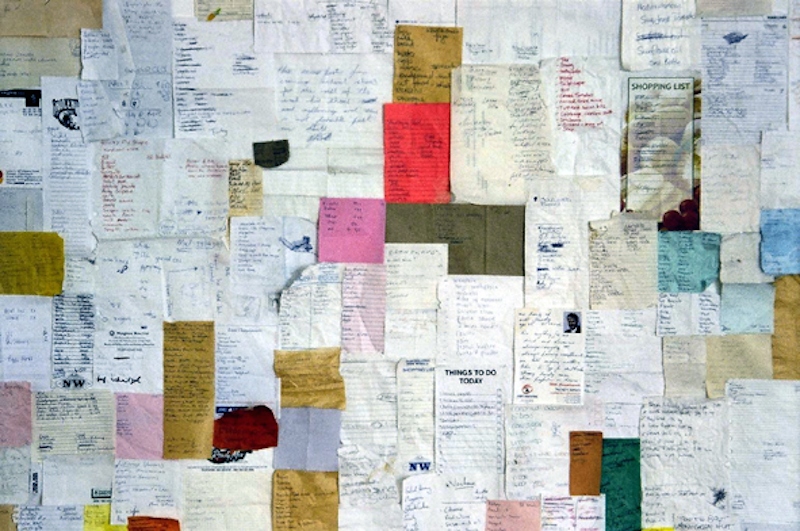 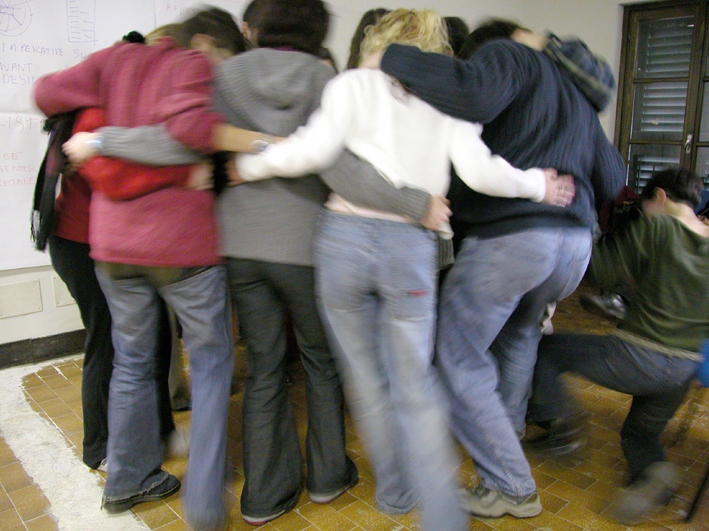 Australian artists Jacqueline Riva and Geoff Lowe have been working together since 1993, using the name 'A Constructed World' (ACW) for their collaborative projects. Dividing their time between Melbourne and Milan, the pair have exhibited regularly internationally, most recently completing a residency at London's Serpentine Gallery. The upcoming Physics Room exhibition will be the first chance for New Zealand audiences to view (and participate with!) ACW.

Working across a variety of media, ACW will present painting, video and their self-published art magazine "Art Fan". Geoff Lowe of ACW will be in Christchurch for one week to install the exhibition and coordinate a vibrant programme of events open to the public. Within the frame of the exhibition ACW will prepare and present a series of meals to invited guests representing a cross-section of the community. This method of bringing the sociable and domestic act of sharing a meal into the public and formal arena of an art gallery, is one ACW use to stimulate discussion and blur the boundary between artists and audience.

For ACW, the audience is so important to their work they often feel 'exhibitions are incomplete until the audience has participated in some way.' To remove the traditional definitions and hierarchy of the artist, ACW have also put out an open invite to the local public to submit their own artworks to be shown alongside ACW at The Physics Room. A screening will also be held to present video works submitted from the general public, with discussion from an invited panel to follow.

A Constructed World
The Package, 7 May, 2003
Schmess

A Constructed World - article in The Package (pdf)