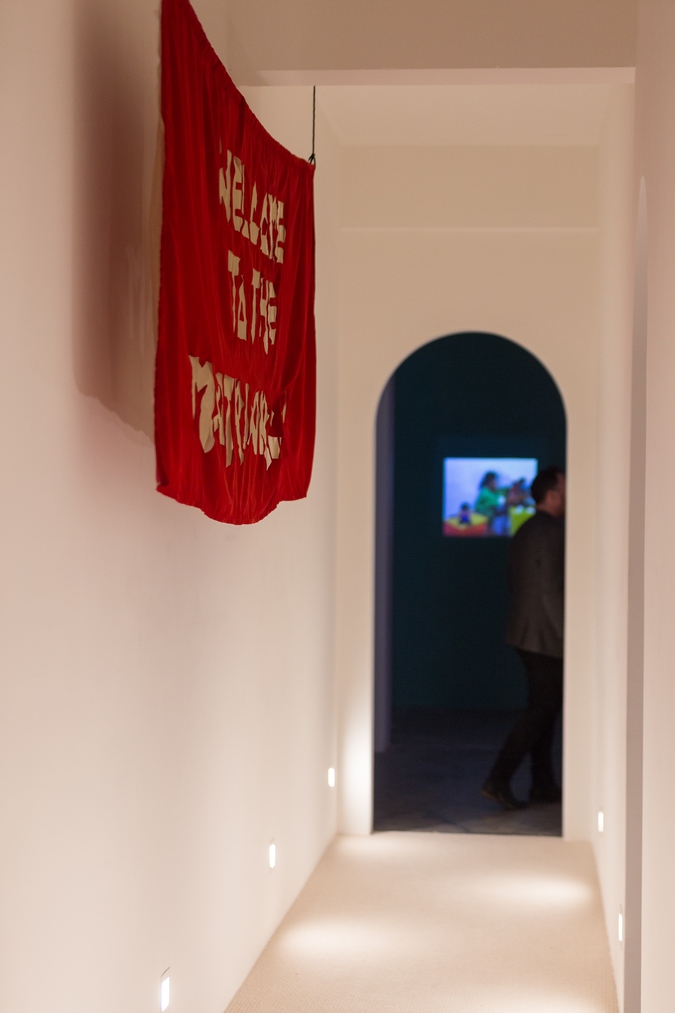 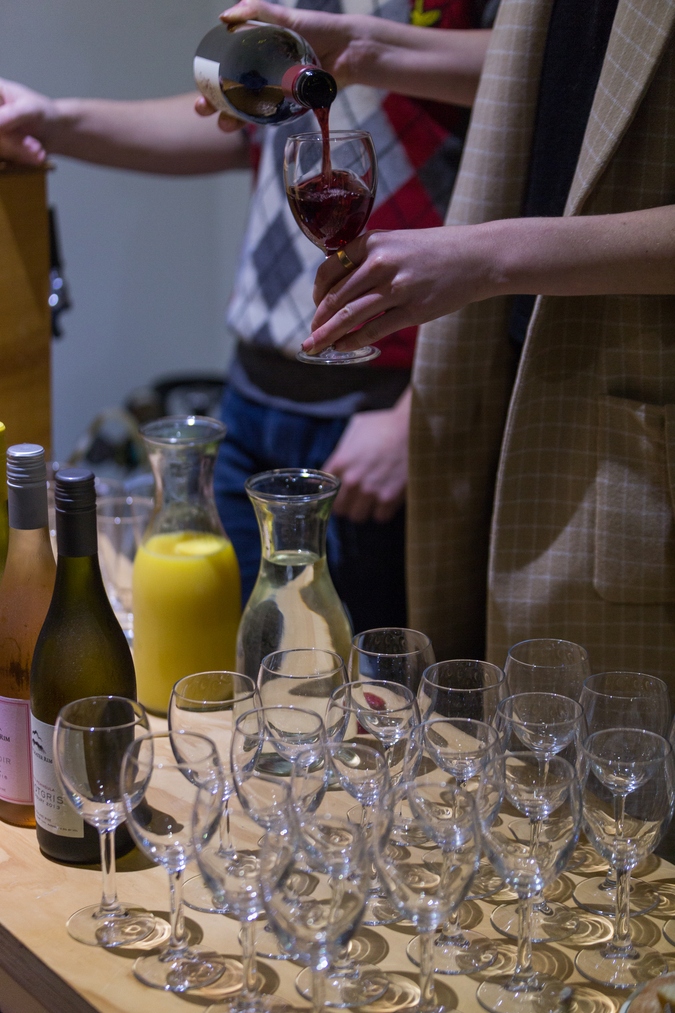 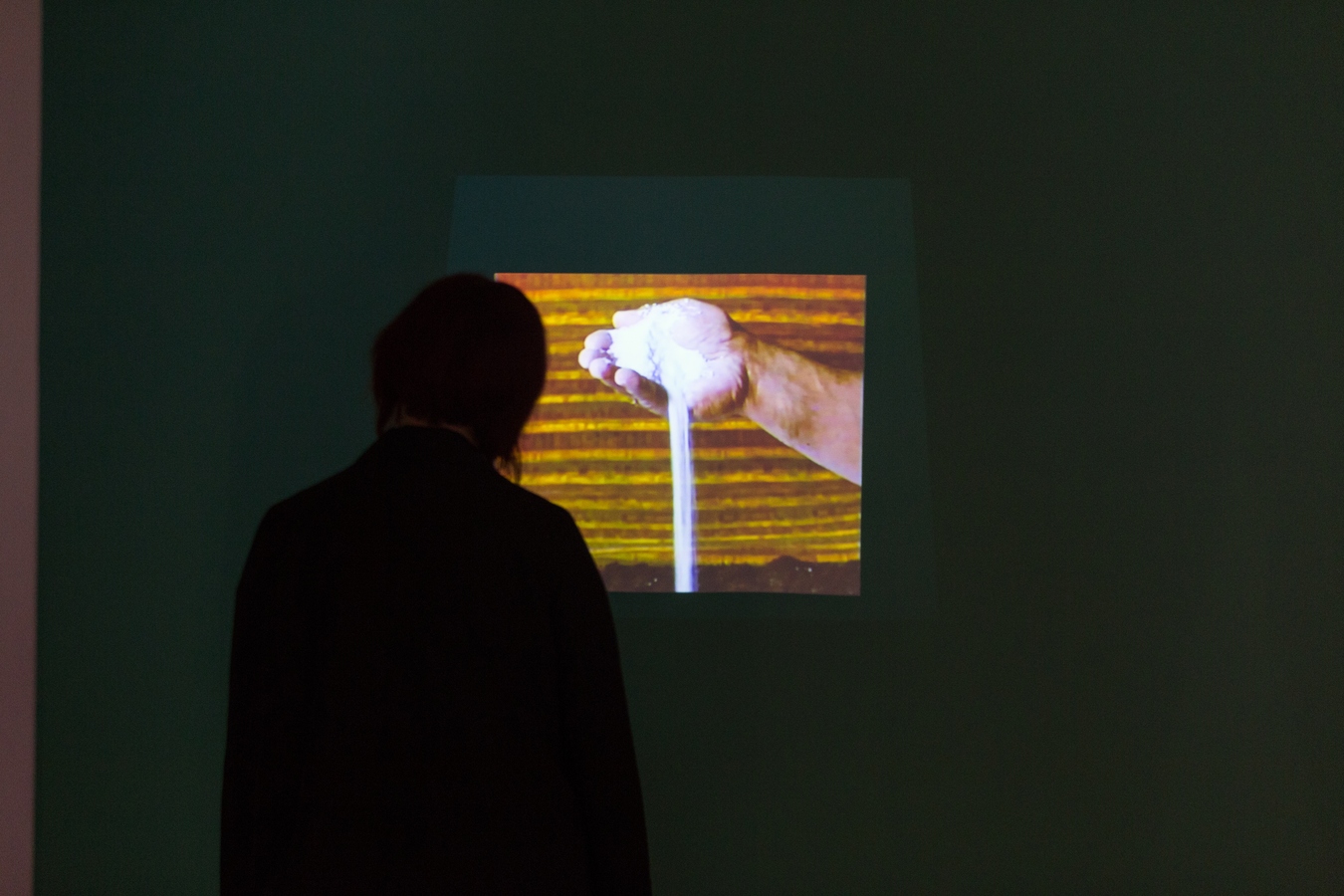 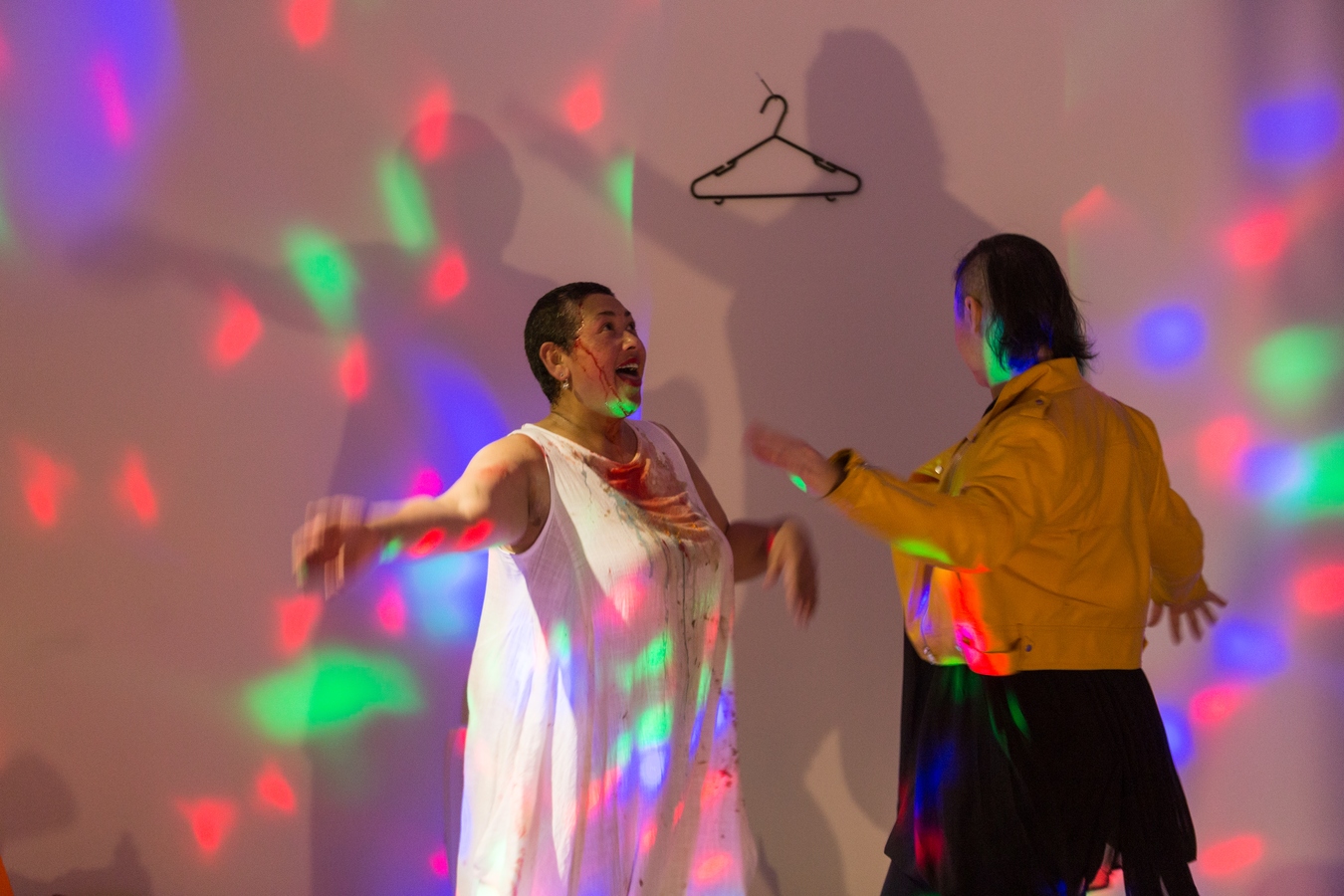 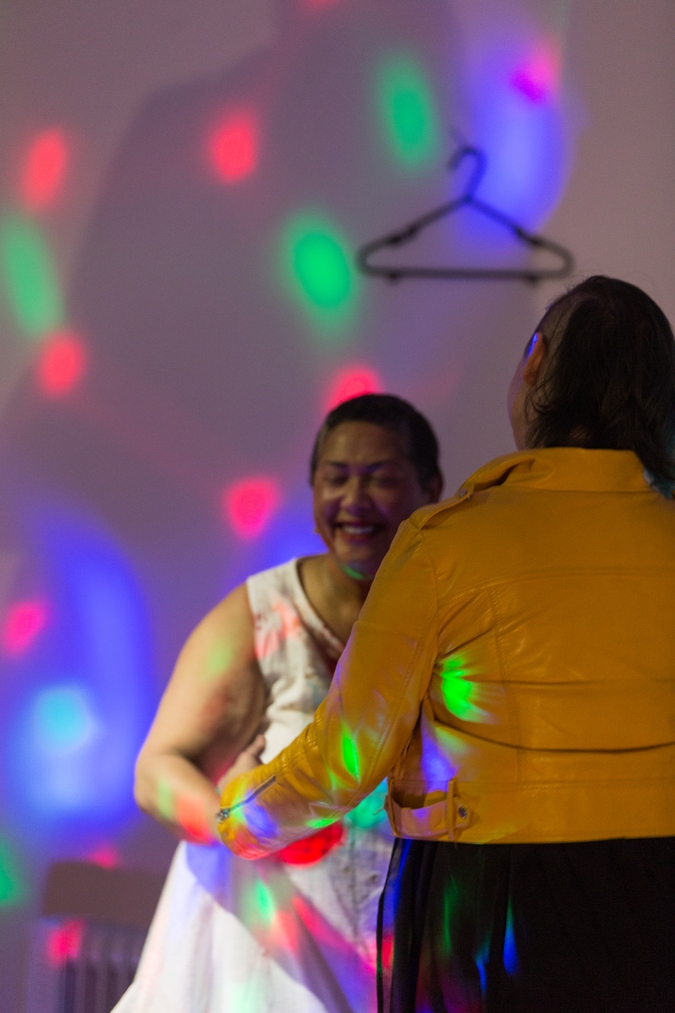 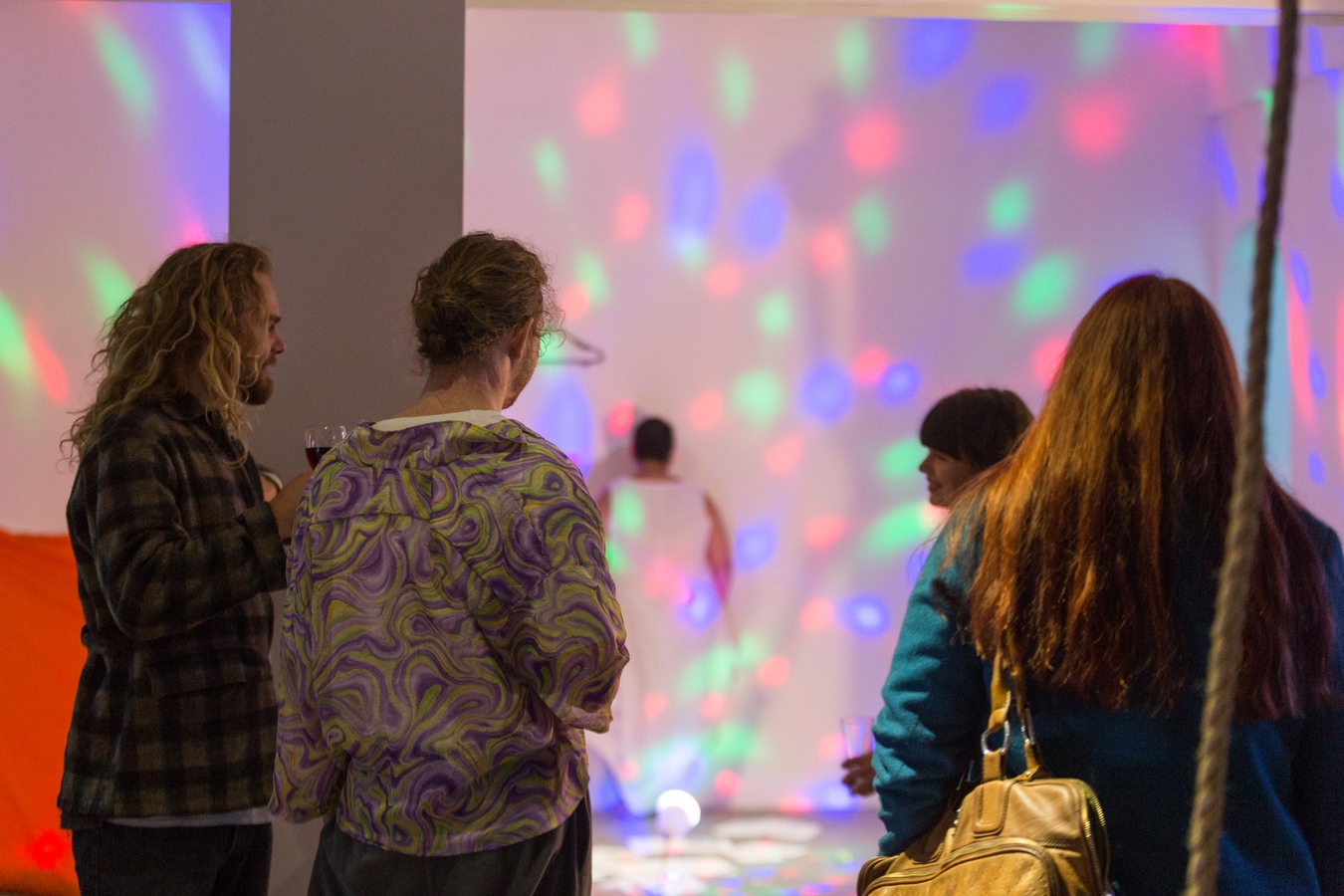 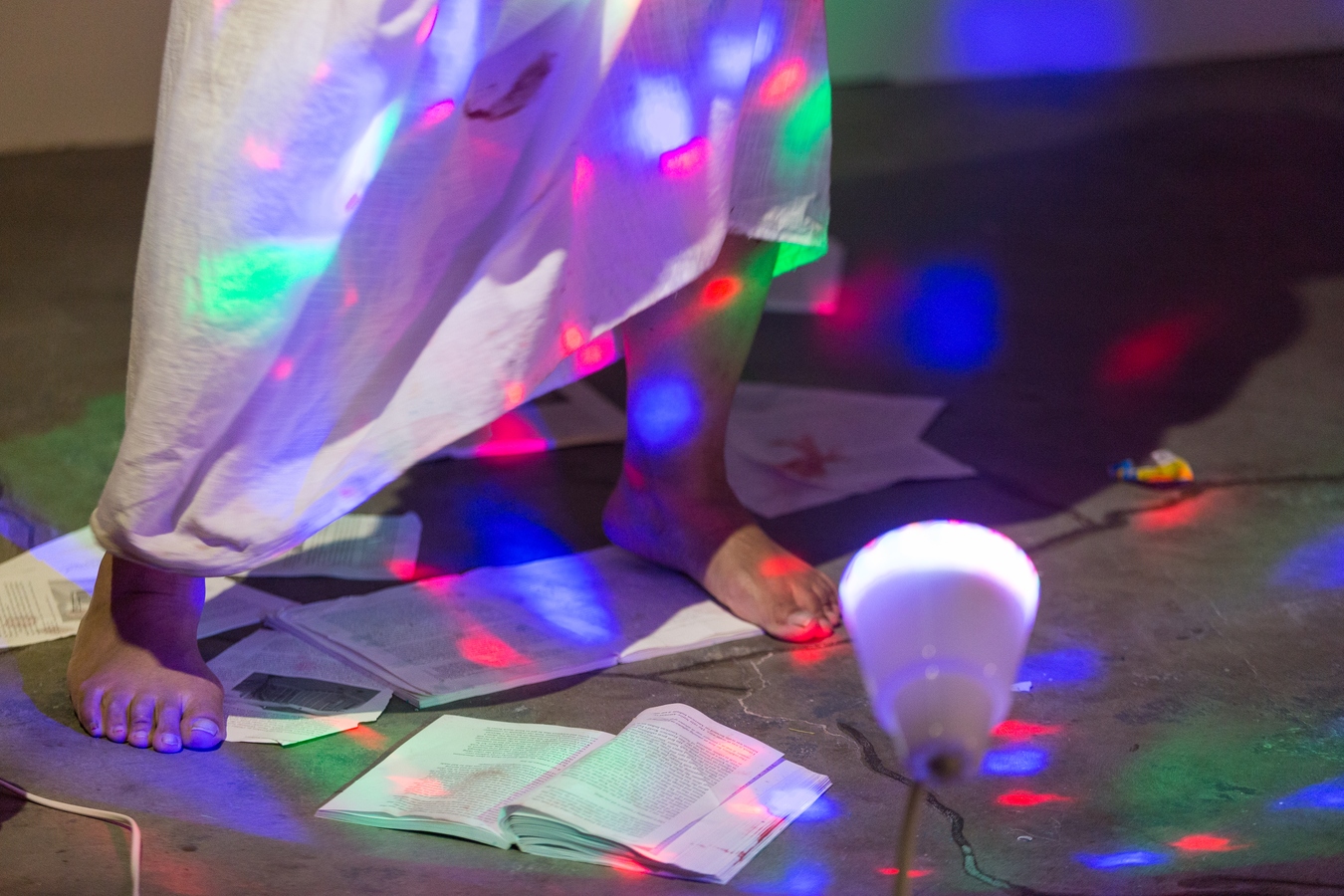 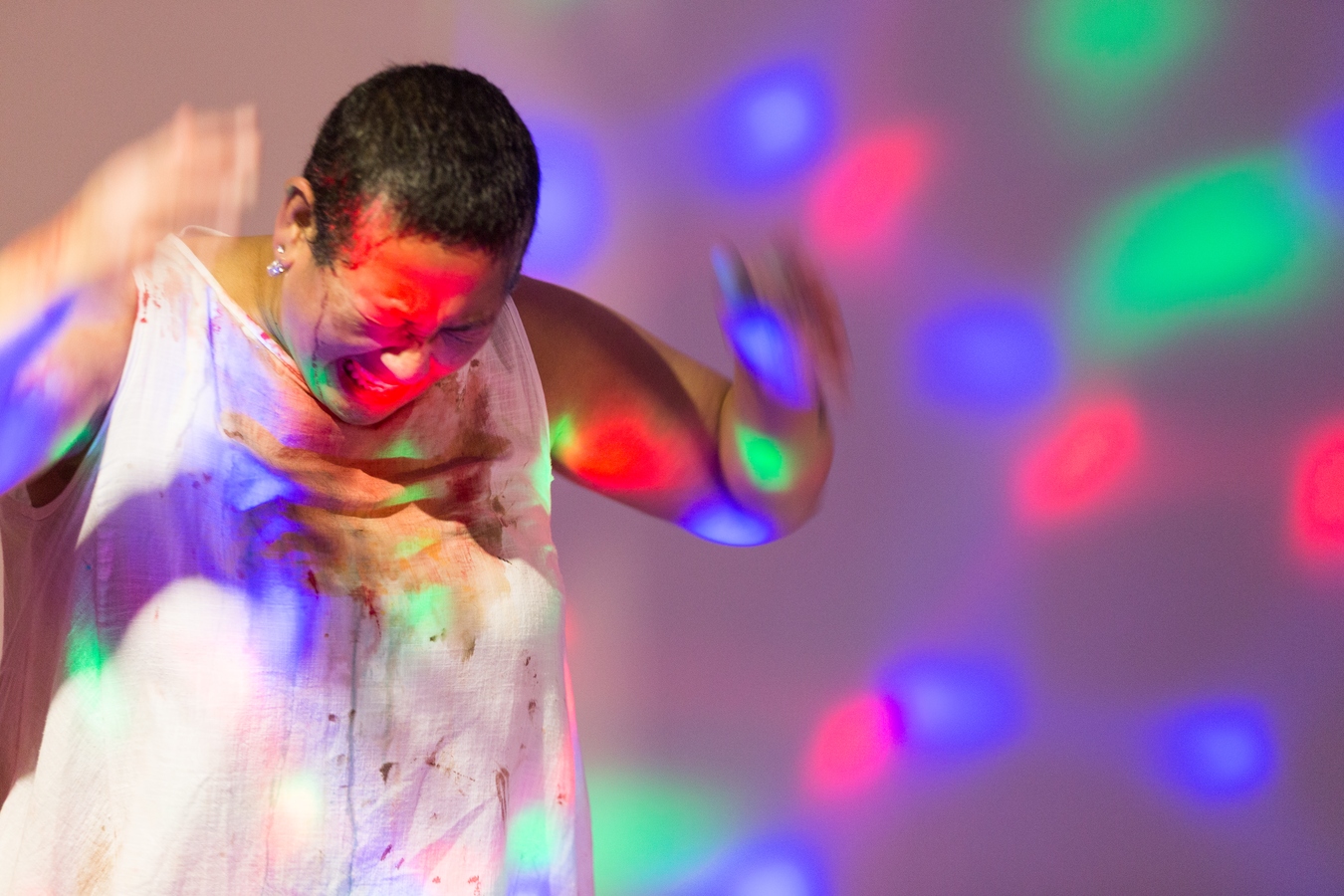 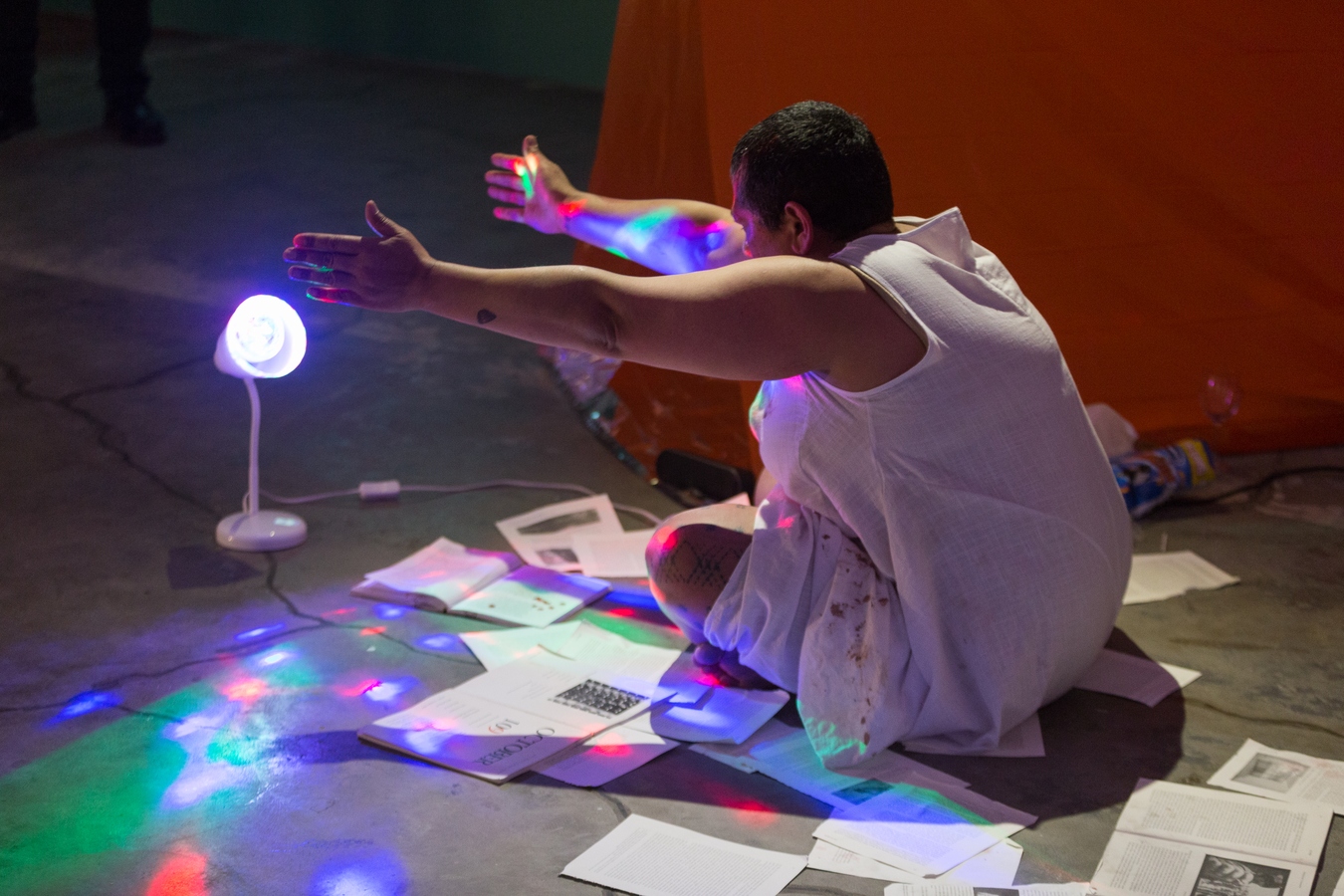 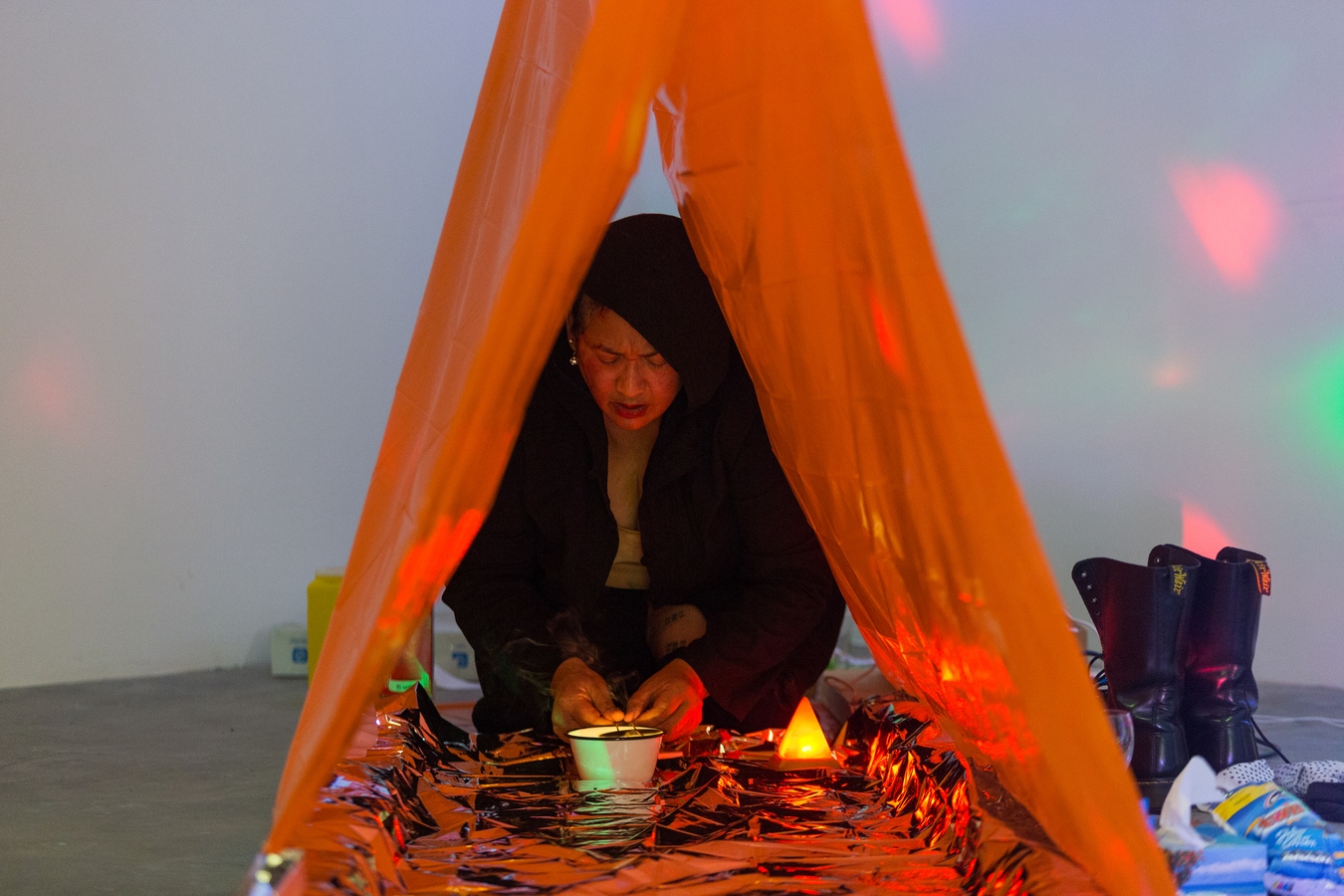 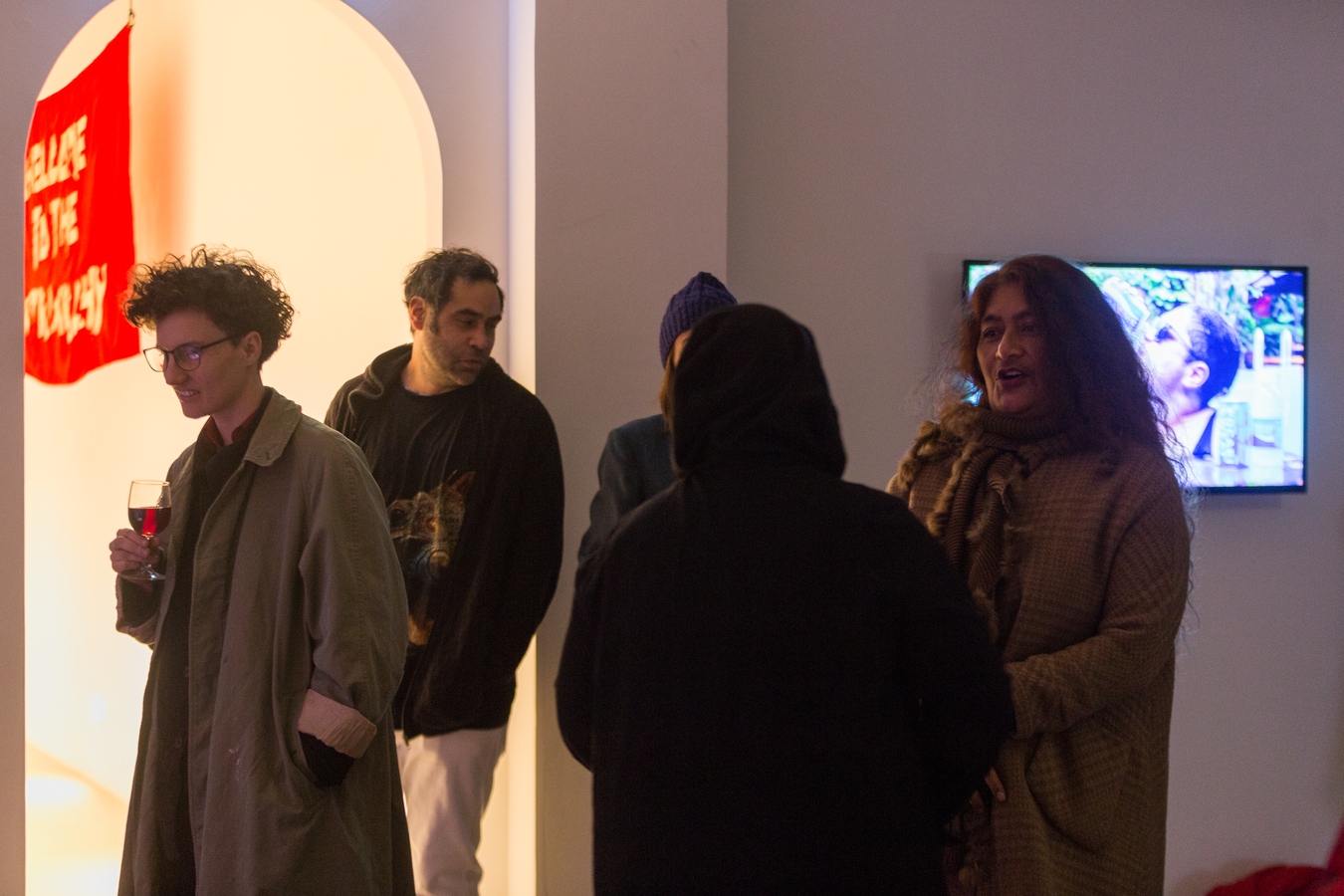 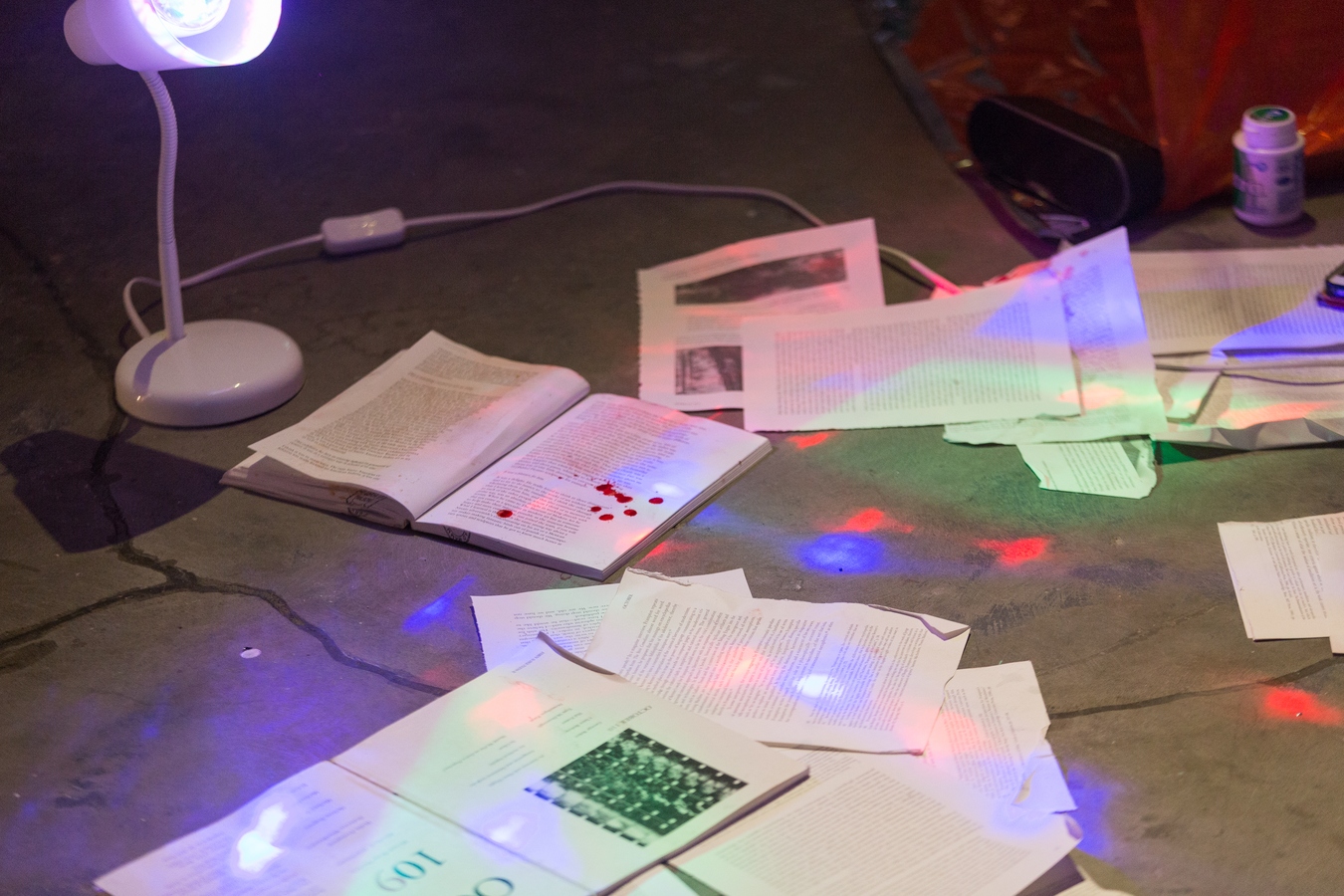 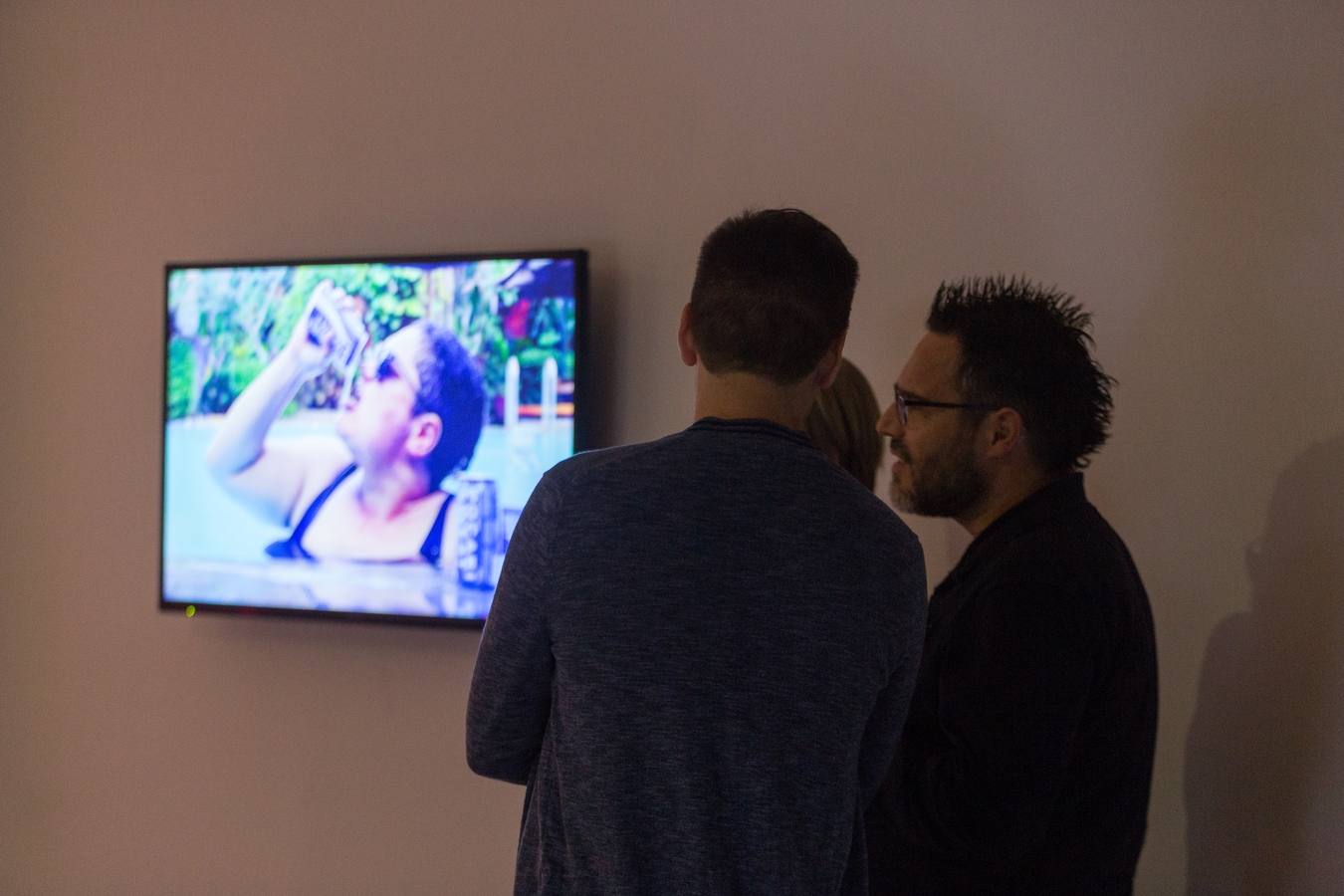 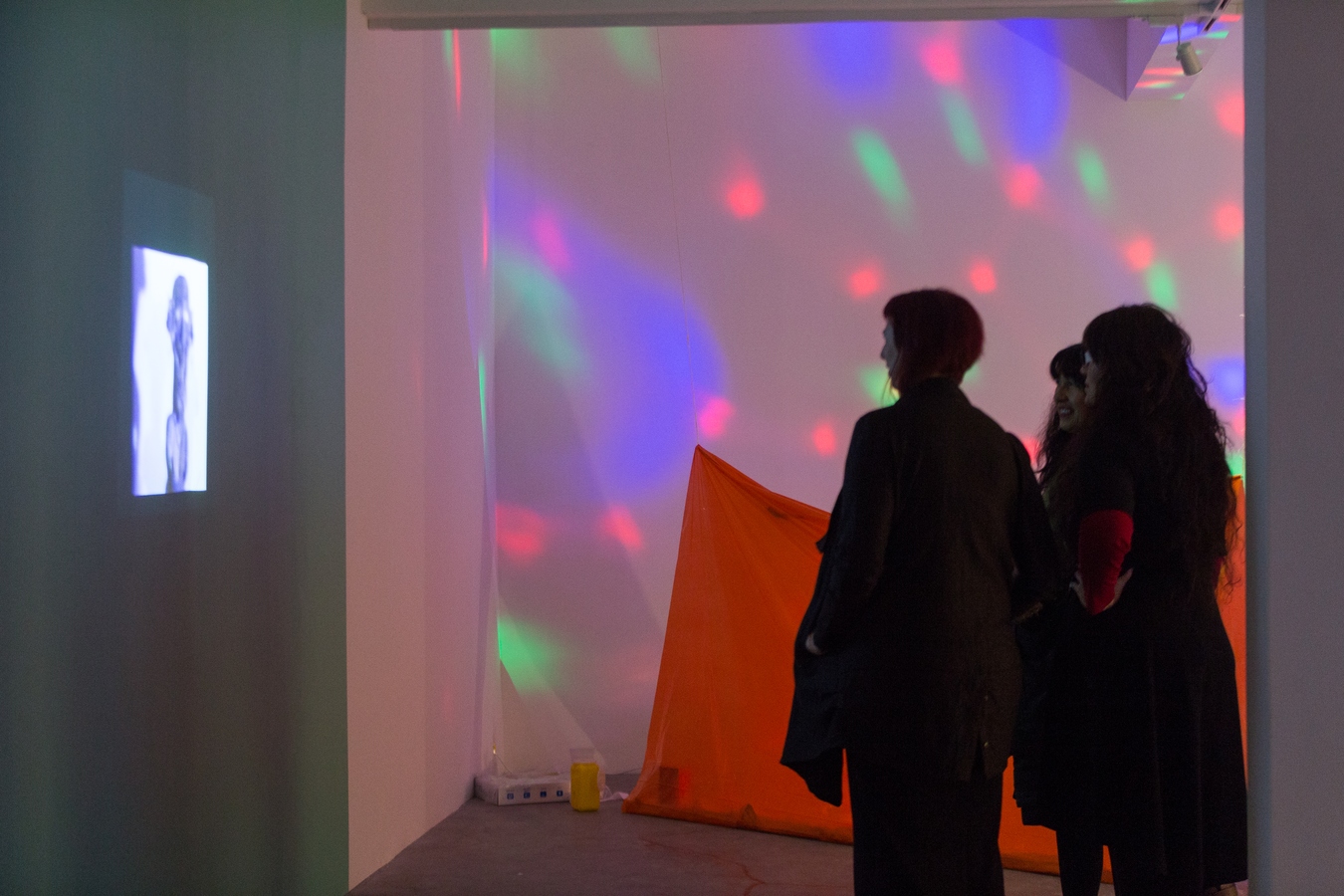 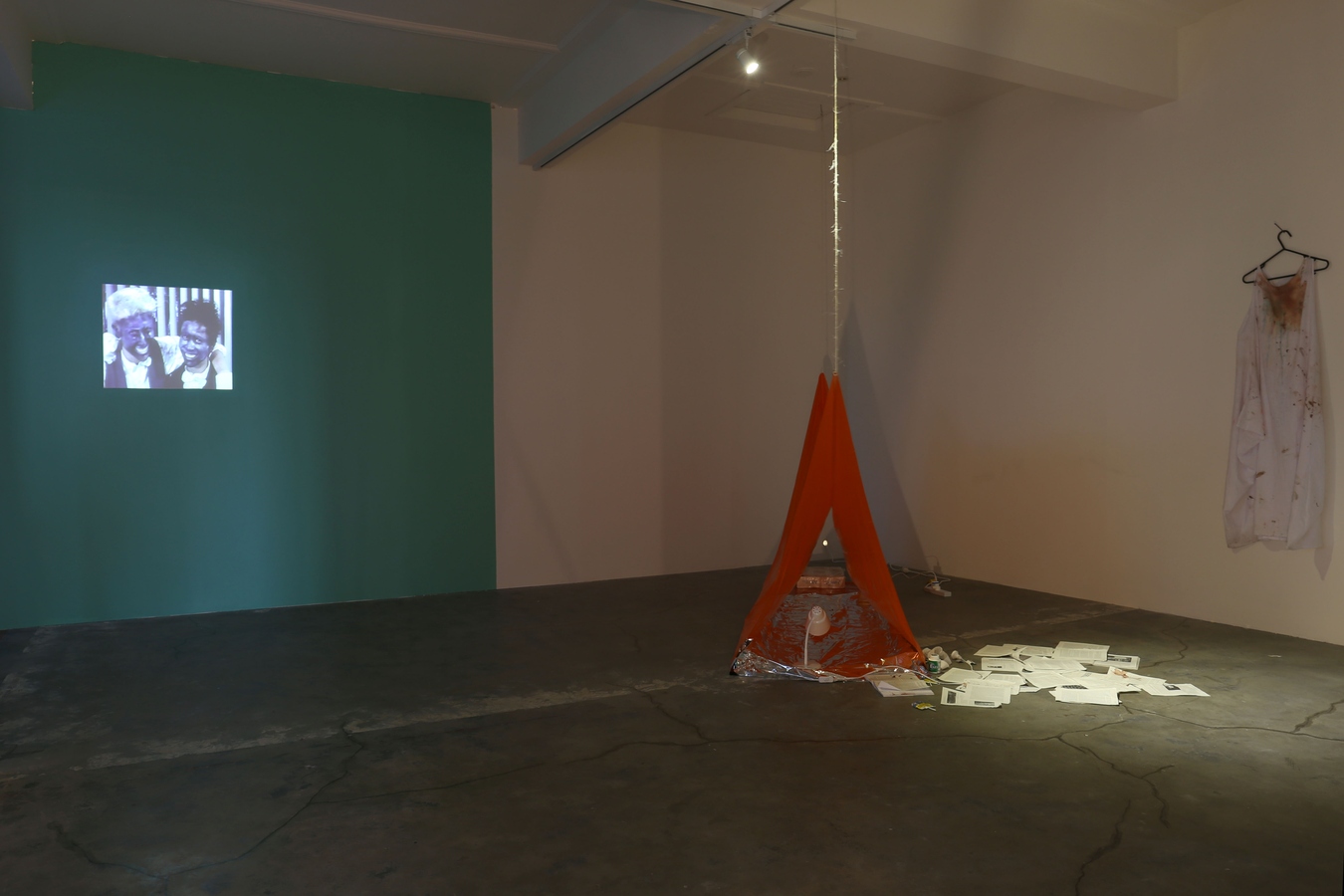 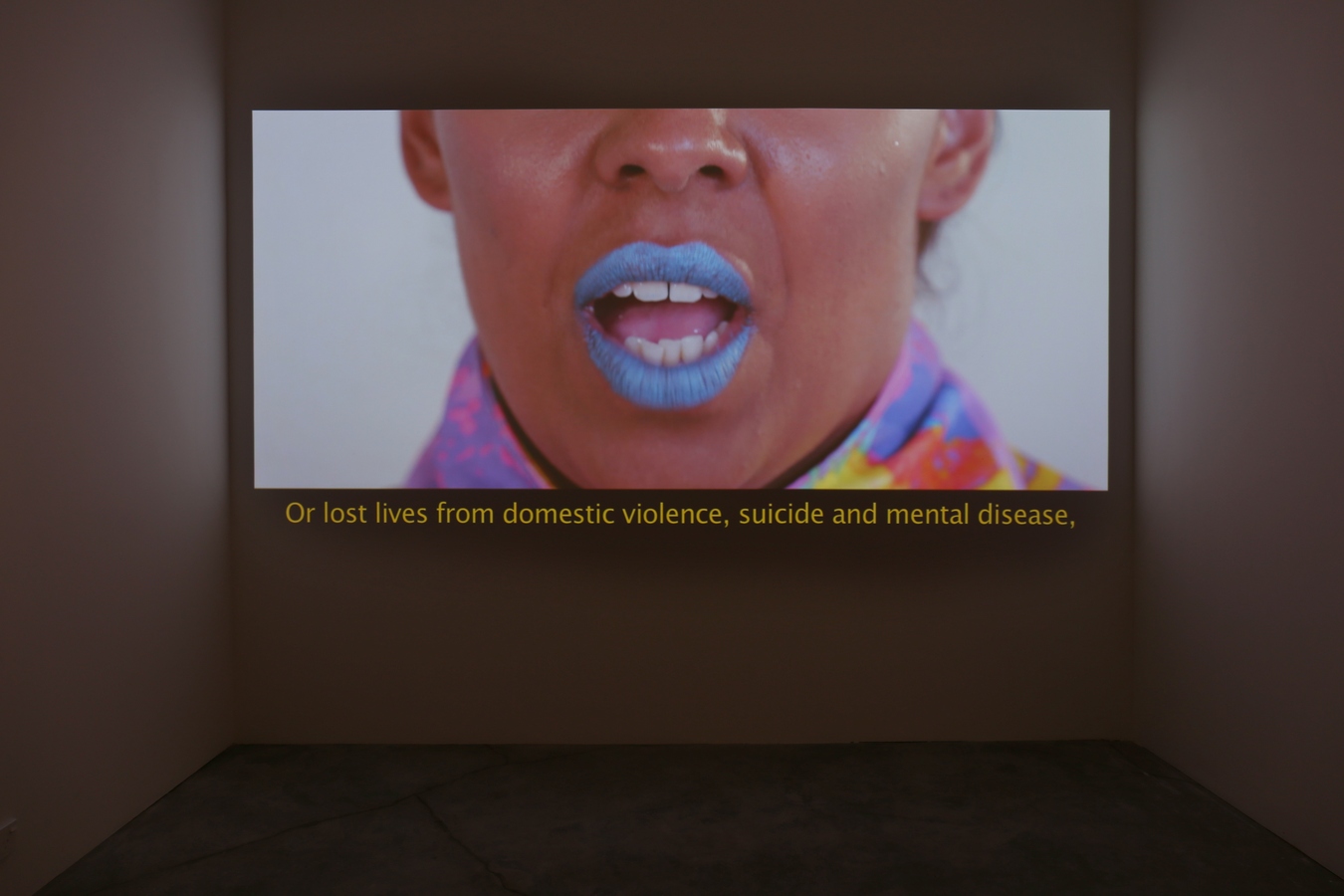 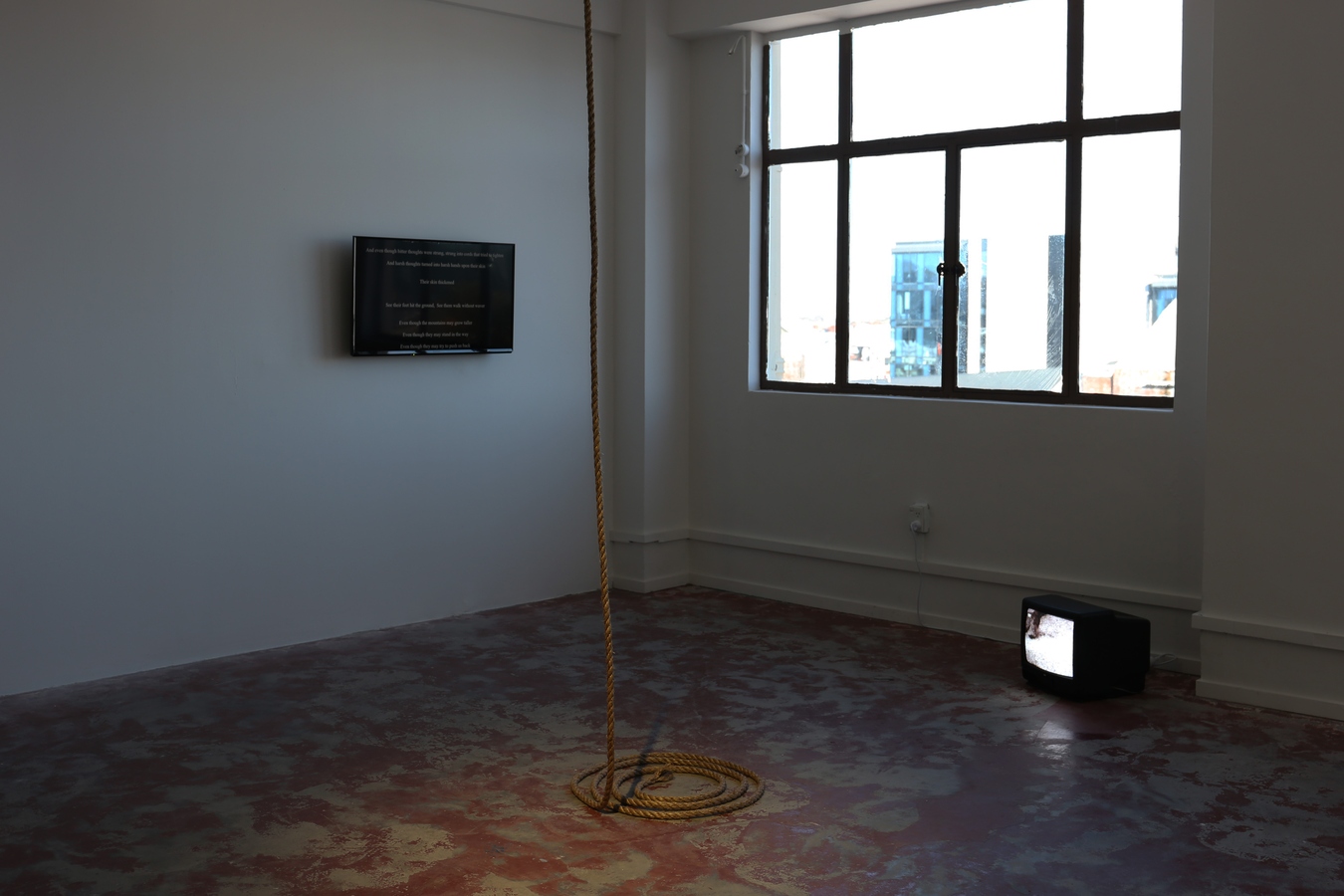 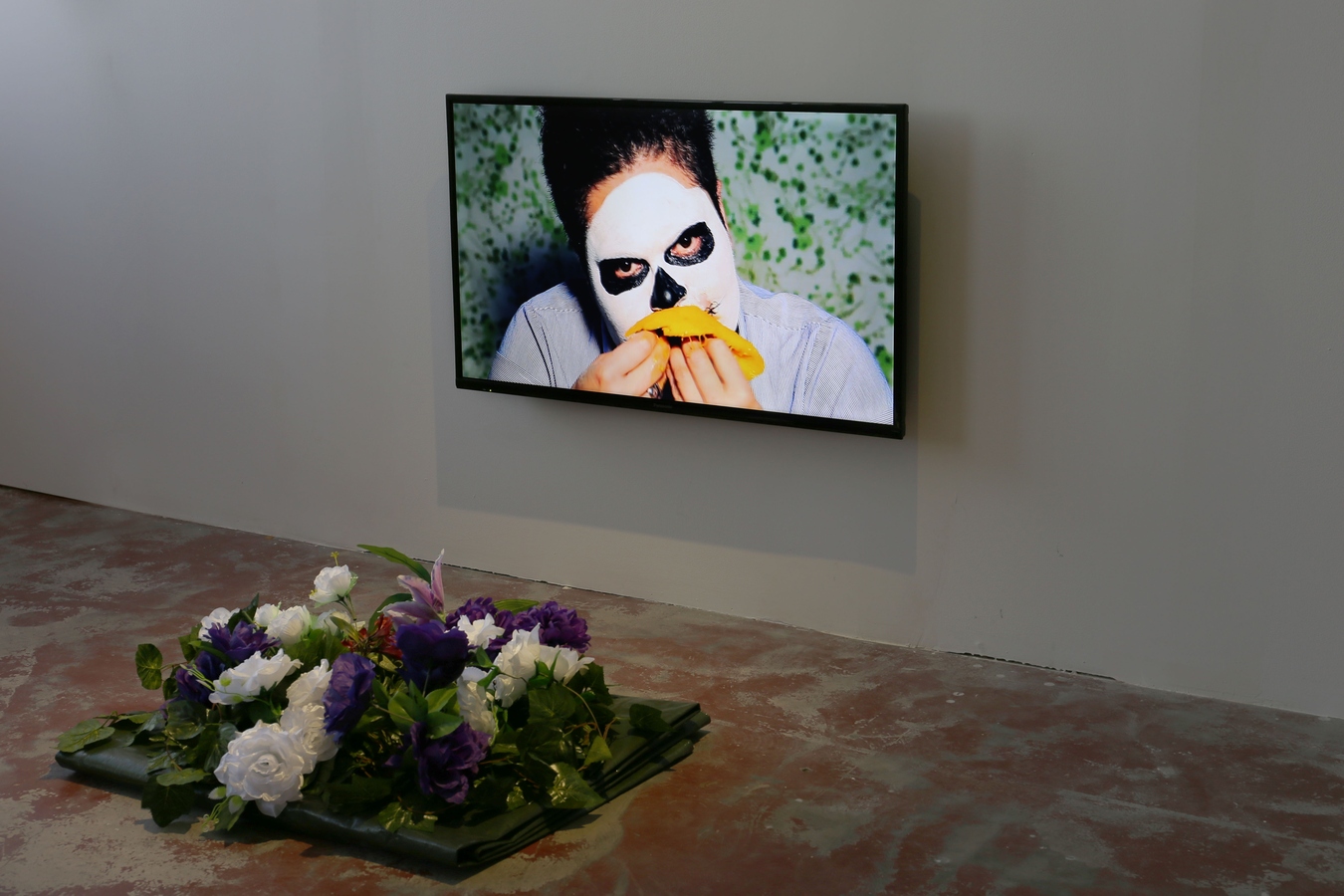 Salote Tawale, Sometimes you make me nervous and then i know we are supposed to sit together for a long time, 2017, video installation,10:00 minutes. Image: Daegan Wells 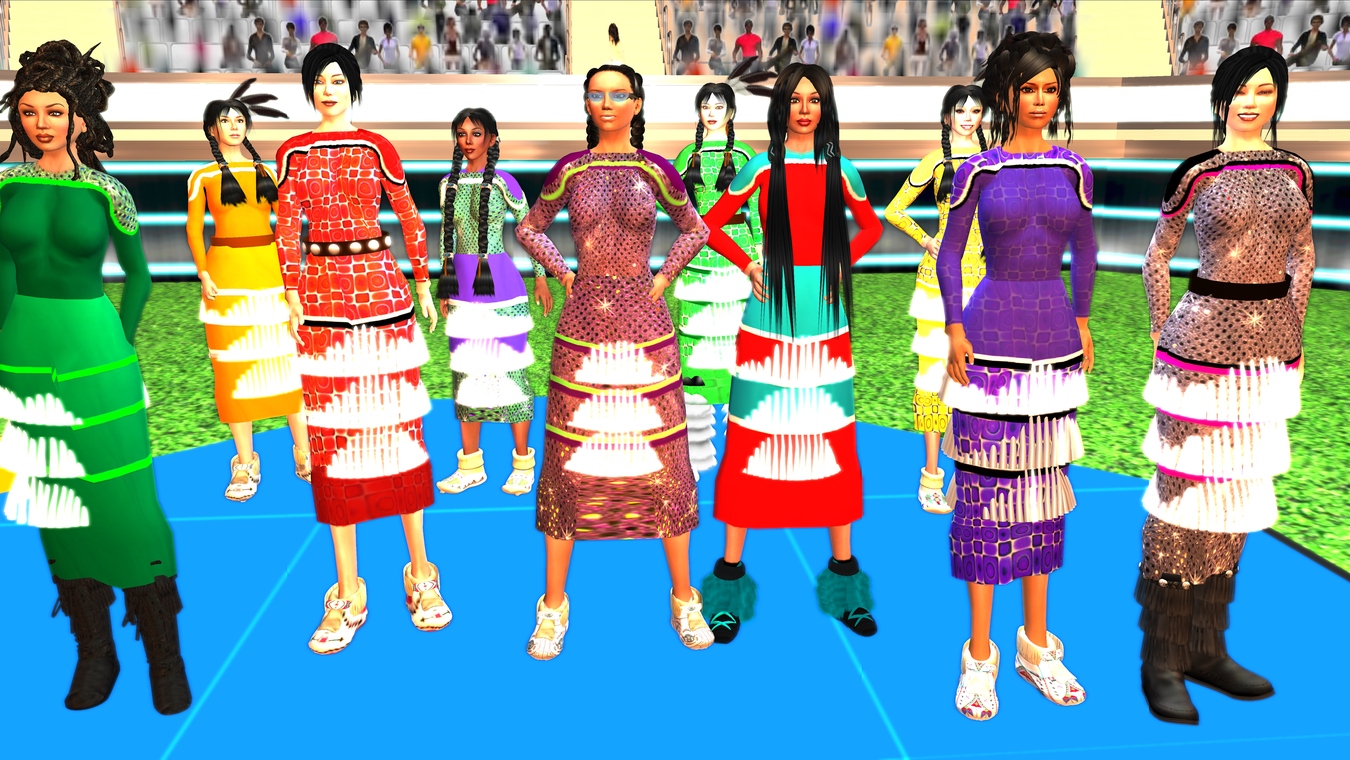 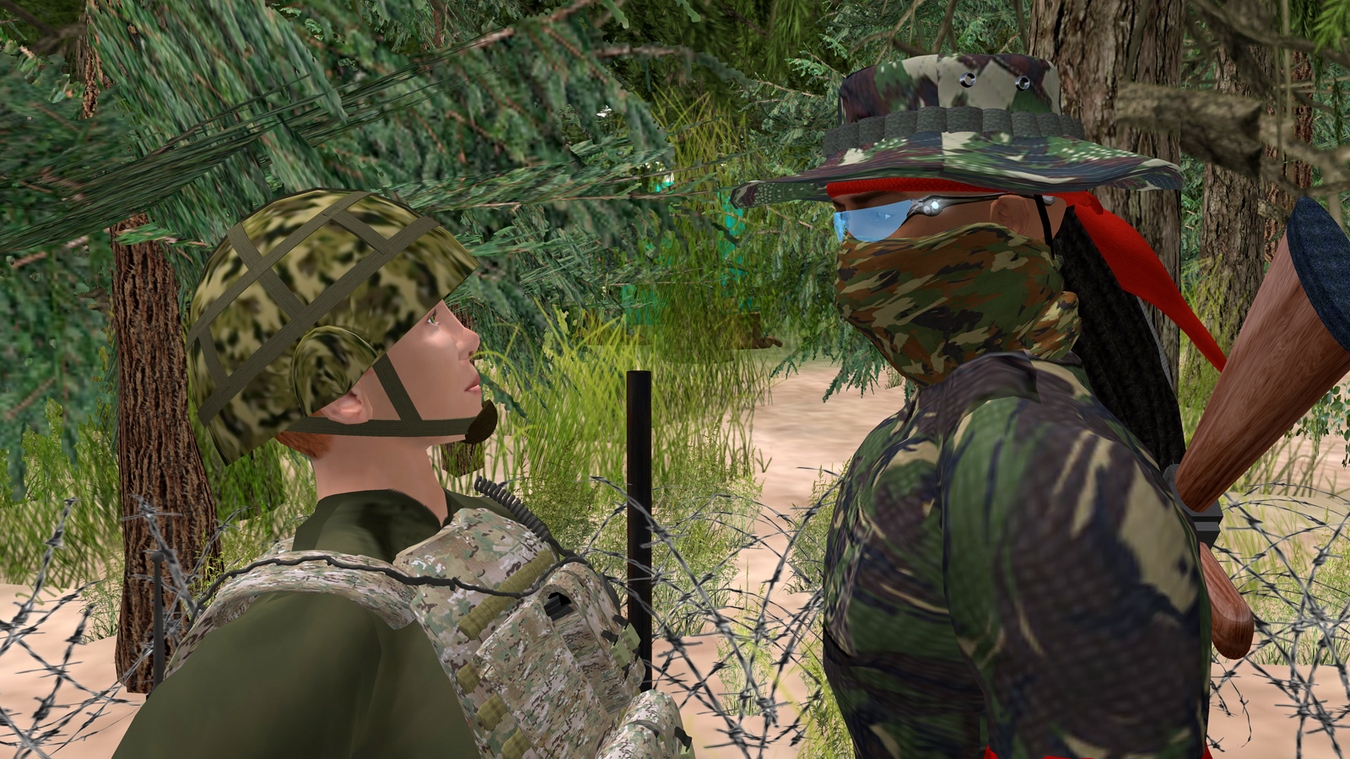 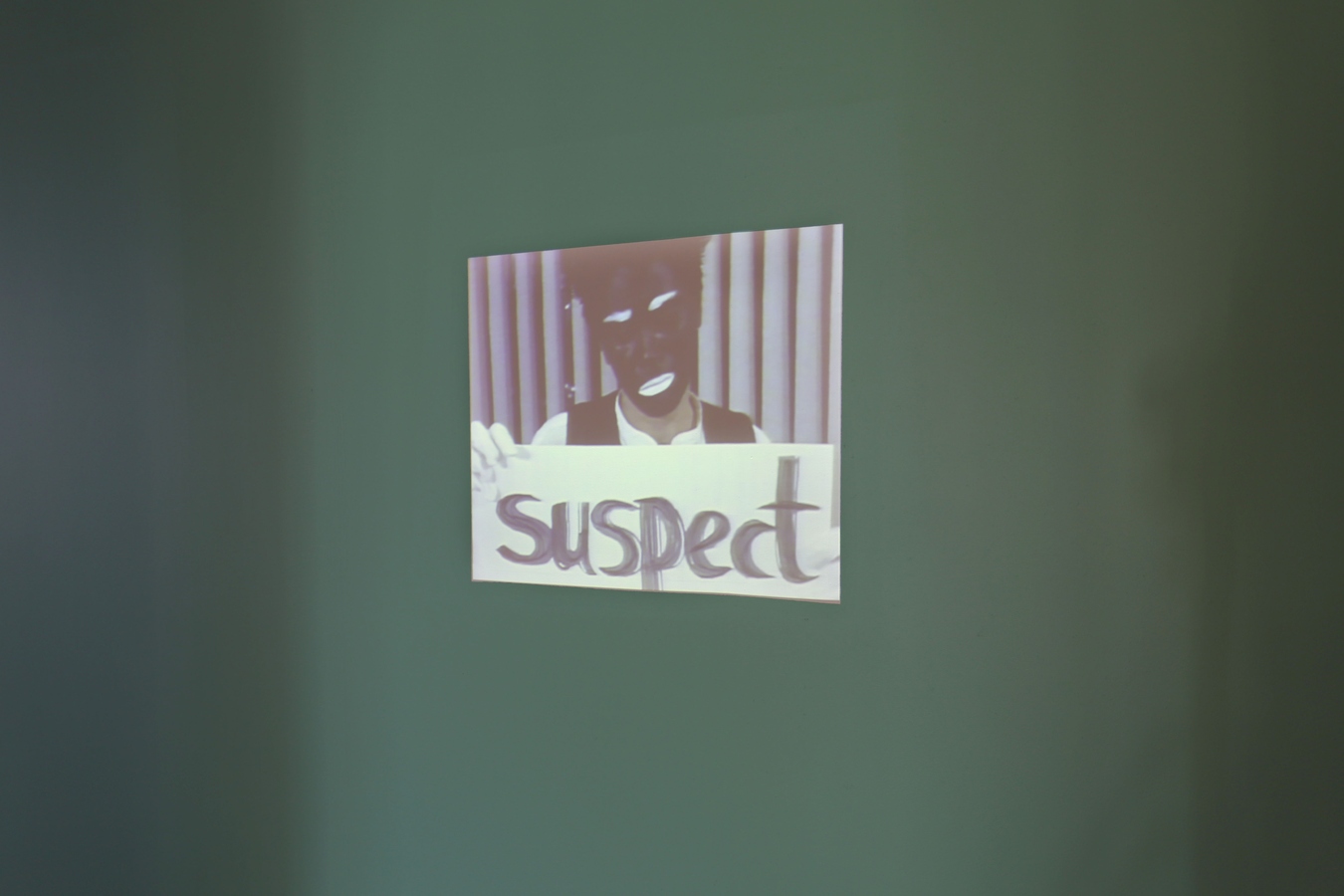 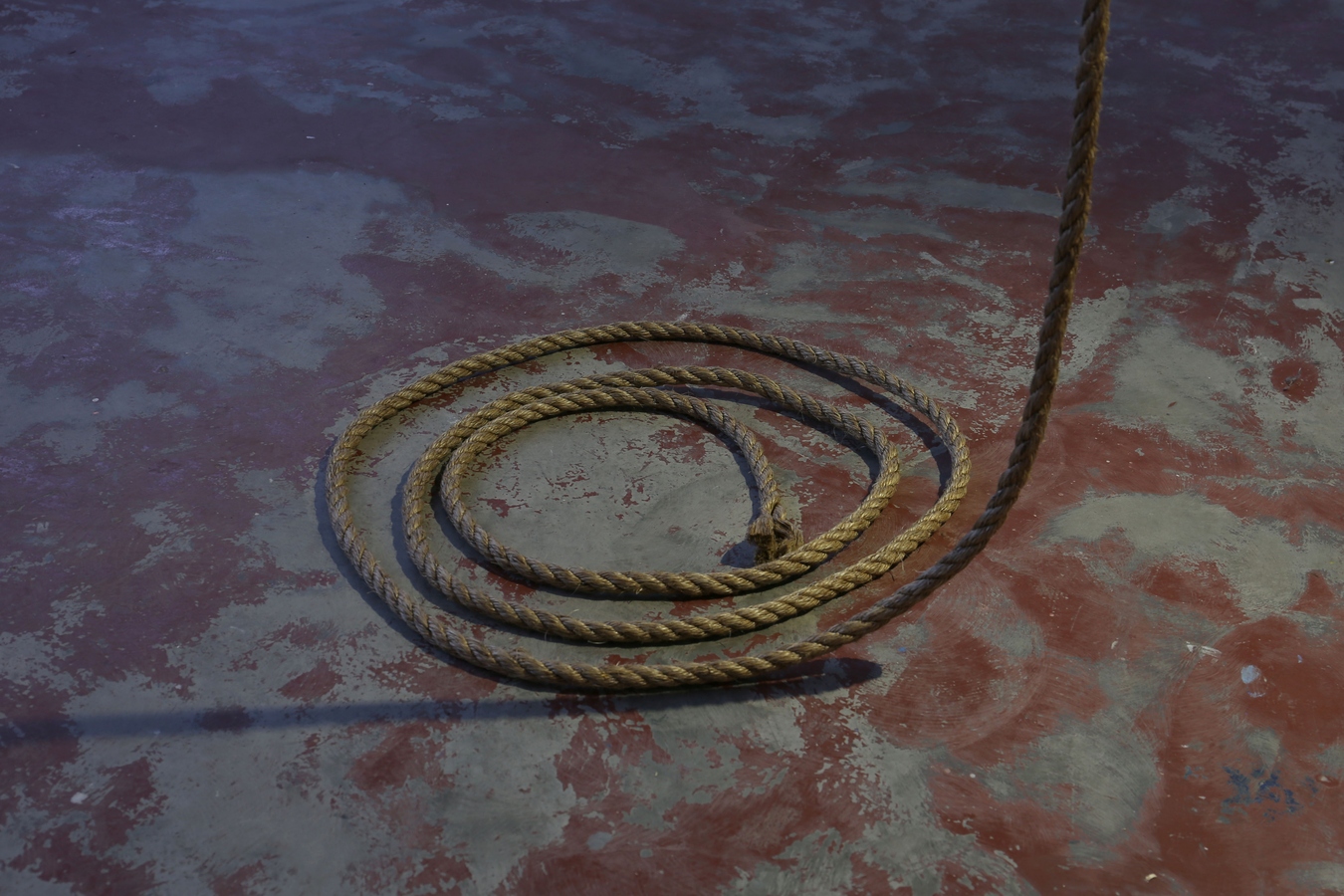 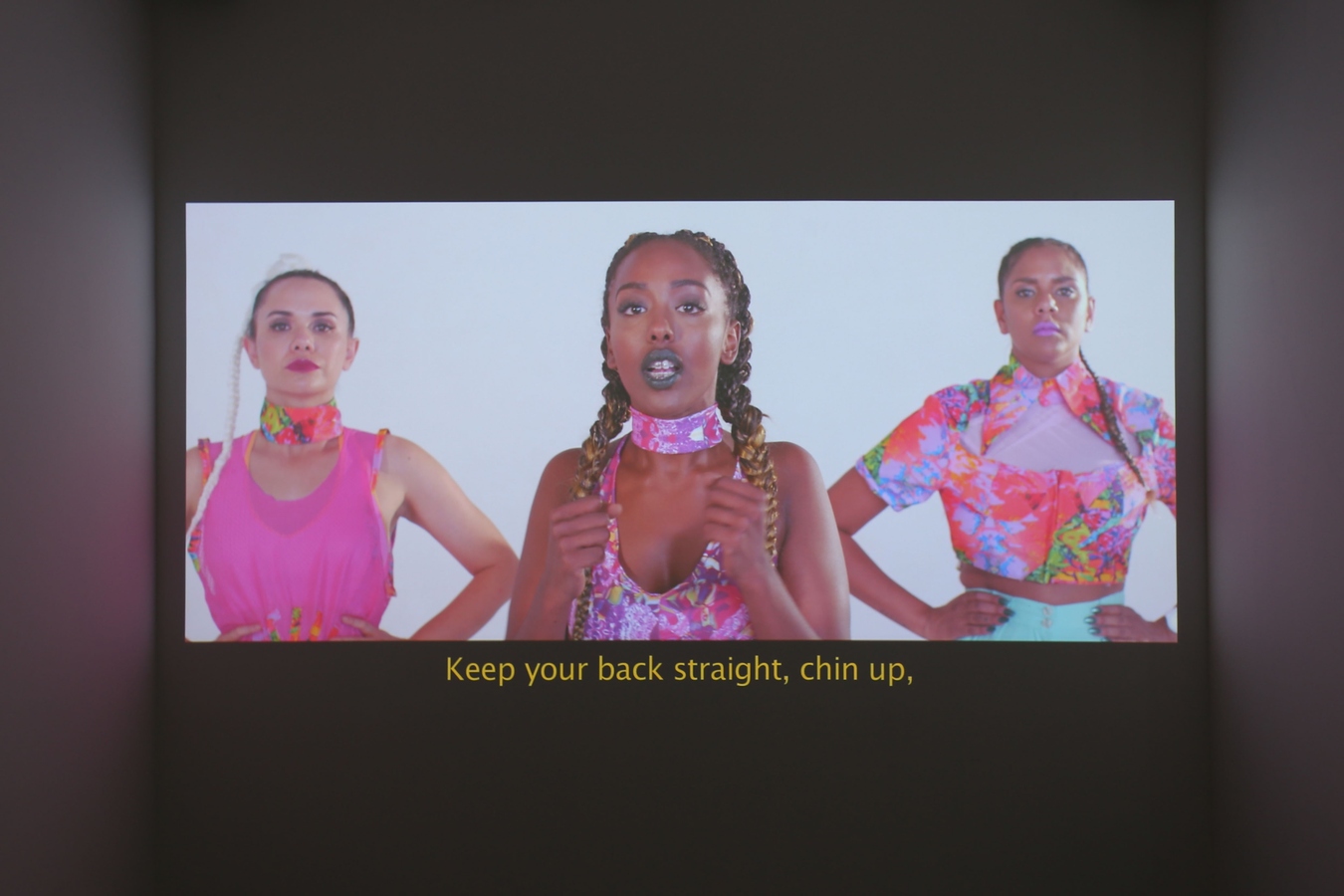 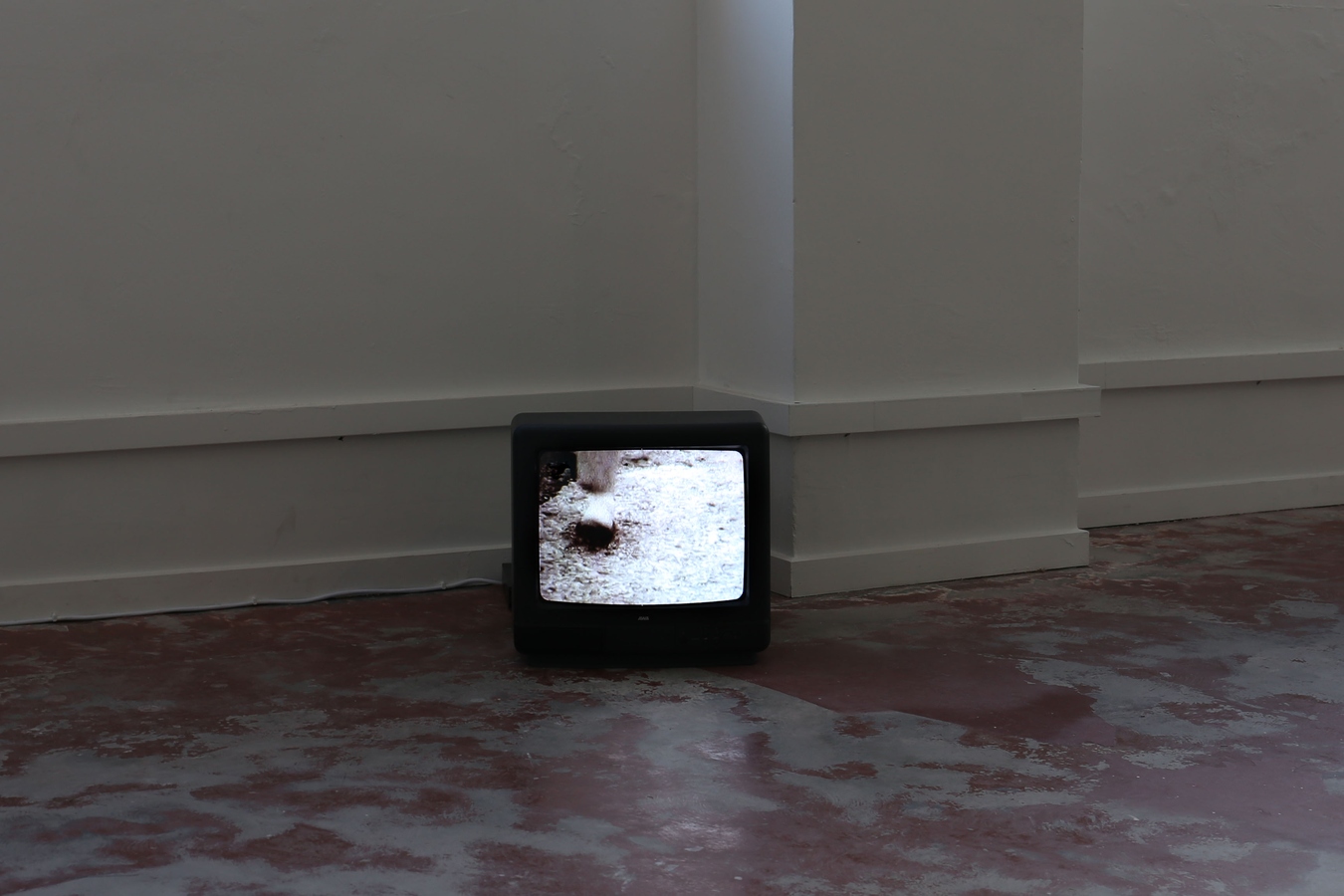 An Ōtautahi iteration of a work which was first performed at ST PAUL St Gallery, AUT, Auckland. This ain’t no disco is an endurance work. The artist will be performing throughout the duration of the opening event. You are invited to join in the performance throughout the course of the evening. Trigger Warning: blood may be drawn in a controlled fashion.

There is an element of triumph in every gesture of defiance. “But still, like air, I’ll rise” wrote Maya Angelou in 1978. Writing of resilience under oppression, she is speaking for her race and gender in an address of historical and structural oppression of Black Americans. Angelou’s is a “confident voice of strength that recognizes its own power and will no longer be pushed into passivity."1 It’s an attitude of powerful dissent that the works in this exhibition have in common. The title is twice borrowed; from Angelou and from Hannah Brontë, whose work Still I Rise (2016) imagines an Indigenous women of colour parliament in Australia, through a rap music video. The work addresses her question “how do we keep fighting if we can’t envision victory?”2 Brontë’s and the other works in this exhibition have no patience for generalising rhetoric around ‘making change’. Rather each attends to its specific social-political context, and the gestures are direct.

Revisiting Lisa Reihana’s Wog Features (1990) 27 years after it was made, and taking the work as a starting point, this exhibition acknowledges the tone of defiance surfacing again in a series of contemporary works, and sets out to amplify this by bringing these intergenerational voices together. Reihana’s Wog Features was made at a time when identity politics were in the foreground of contemporary art. This was also a time when biculturalism was prominent in political discussions around nationhood in Aotearoa New Zealand.

Representation is reclaimed in these works. Salote Tawale’s videos Sometimes you make me nervous (2012) and Pocari Sweat (2014) draw on essentialising stereotypes, reproducing them as self-portraits in direct confrontation with colonialist representations of ‘the other’.

Working with specific moments in history, including popular culture sources, Esther Ige’s work in photography, installation and video engages with the racism that she identifies is still in the ‘blood stream’ of the system now. She is concerned specifically with the prevalence of racism and racist stereotypes in the media and popular culture and “through symbolic expression, gesture and stance: from declaration, to resistance, to defiance, to protest” her work brings this negative stereotyping up for discussion.3

Leafa Wilson & Olga Krause present Unprotected #2: This ain’t no disco, the second in a series of built and inhabited structures that establish protection from the conventions Western art, holding ground in the gallery. Wilson & Krause’s work often takes place in institutional spaces, and is directly responsive to the structural inequities that often exist there, and to the need as artists and curators to find habitable positions ‘within’ such institutional systems.

Skawennati’s TimeTraveller™ (2008-2013) appropriates the forms of virtual reality game Second Life and those of the contemporary museum industry. Set in 2121, TimeTraveller™ offers viewers the opportunity to ‘embody’ the narratives of First Nations history, at the same time as participating in a form of world making that looks to the future.

The works in Still, Like Air, I’ll Rise do not revise history; they just remember it differently and at times set propositions for alternative futures into action.

Hannah Brontë is a multi-disciplinary artist based in Brisbane, Australia. Working across film, performance, fashion and photography Brontë’s work is often politically charged exploring issues of indigeneity and feminism. Employing the aesthetics and slang of hip-hop, Brontë’s Still I Rise explores forms of resistance practiced by women and First Nations people around the world. The video work’s debut was as part of the Next Wave Festival in 2016.

Skawennati Fragnito, born in Kahnawake Mohawk Territory, lives and works in Montreal, Canada. Best known for new media projects, her work addresses history, the future and change particularly as they relate to indigenous cultures. Skawennati is one of the first recipients of the First People's Curatorial Residency grant, established in 1997 by the Canada Council for the Arts. In 2015, she represented Canada at the Biennial of the Americas.

Lisa Reihana (Ngāpuhi, Ngati Hine, Ngāi Tu) works primarily in photography and film and has exhibited in significant national and international exhibitions including the Havana Biennale, the Brooklyn Museum, the Liverpool Biennale, the Noumea Biennale, the 12th Biennale of Sydney, and the Asia Pacific Triennial of Contemporary Art, Brisbane. Reihana was made an Arts Laureate by the New Zealand Arts Foundation in 2014. She was nominated for the 2016 Walters Prize and is representing New Zealand at the 2017 Venice Biennale.

Salote Tawale was born in Suva, Fiji and now lives and works in Sydney, Australia. Tawale’s creative practice explores identity and cultural values whereby the self is represented through the performance of archetypal and stereotypical signifiers from popular-culture. Her works generally take the form of video, photography, installation, drawing and performance. Tawale was awarded the Arts NSW Visual Artists Fellowship in 2017.

Leafa Wilson & Olga Krause is a performance artist based in Kirikiriroa, Hamilton. Offering her body as a contested site, and through a combination of multimedia installation and performance, Wilson & Krause explore identity politics as both the colonised and the coloniser. She has exhibited widely in solo and group exhibitions and held artist residencies at the University of Queensland Brisbane in 2006 and the Burke Museum, Washington D.C. in 2005.